15 Times People Took A Huge Risk That Paid Off

Most of us can go most of our lives without taking many risks. And why should we? A risky decision, by definition, is one that we cannot know the outcome of. Taking risks opens yourself up to anxiety and failure. Not taking risks is a great way to keep our lives predictable and calm.

On the other hand…people take risks all the time, and many of these risks turn out great! Recently, the folks over at Buzzfeed asked their readers to share the times they took a risk that paid off big time. If you’re risk-averse, like most of us, maybe all you need is to read a few positive examples of how well risk can go.

“I switched careers completely at 28 years old. I had an established life in public relations for six years, a six-figure salary, and I lived alone in a one-bedroom apartment in New York City. I was also a miserable, anxious mess whose only joy in life came from yoga and the few tattoos I hid under my work shirts. But when my career and I snapped at the same time, I decided to take a chance and leave the industry with severance to pursue fitness full-time.

“The switch nearly cost me everything, but now at 30, I’m a head coach of a private training studio, about to expand to a new location for classes, and I just finished my yoga-inspired geometric/watercolor sleeve on my right arm. I’ve never been happier.” – maplebacononastick 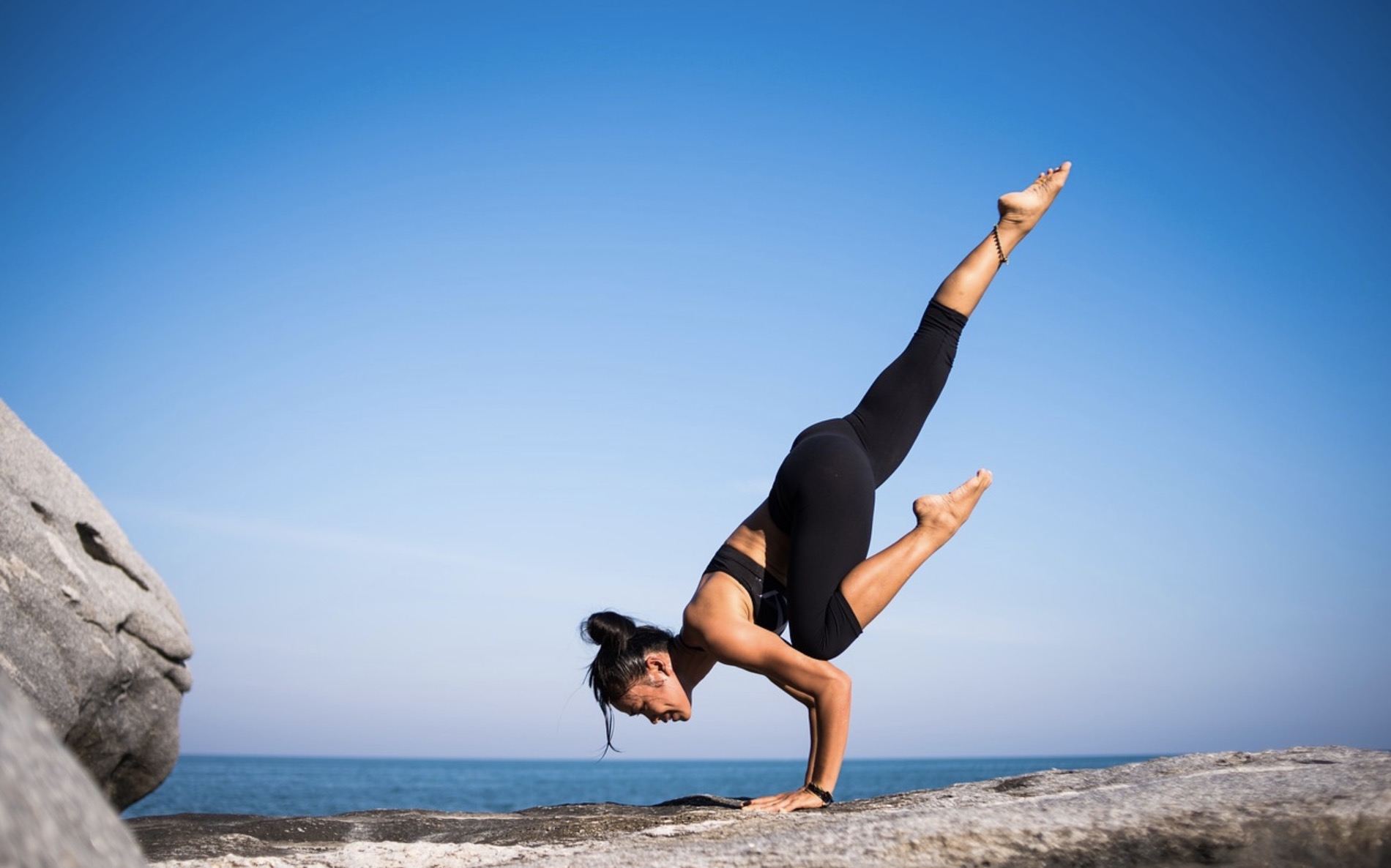 “The one and only time I’ve given my number to a random stranger at a bar, he turned out to be a multibillionaire. The relationship ultimately didn’t pan out, but I did get some incredible dates out of it!” – sydneyr4eac977ac 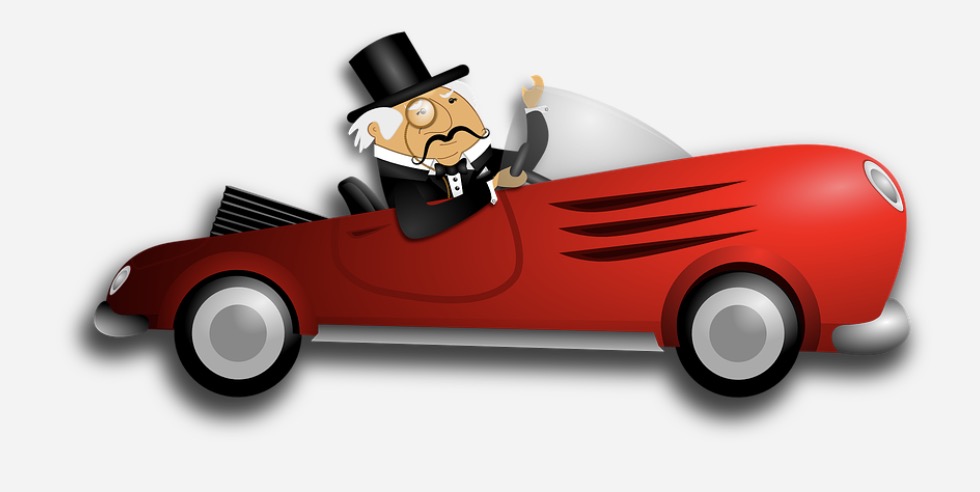 3. The only way to make sure a job gets done is to do it yourself.

“On the second date, he asked me to be his girlfriend. Four months in, he asked me to marry him. Three years in, we’re married with twins. Ladies, shoot your shot. He could just be too chicken to make the first move.” – ivyymoon 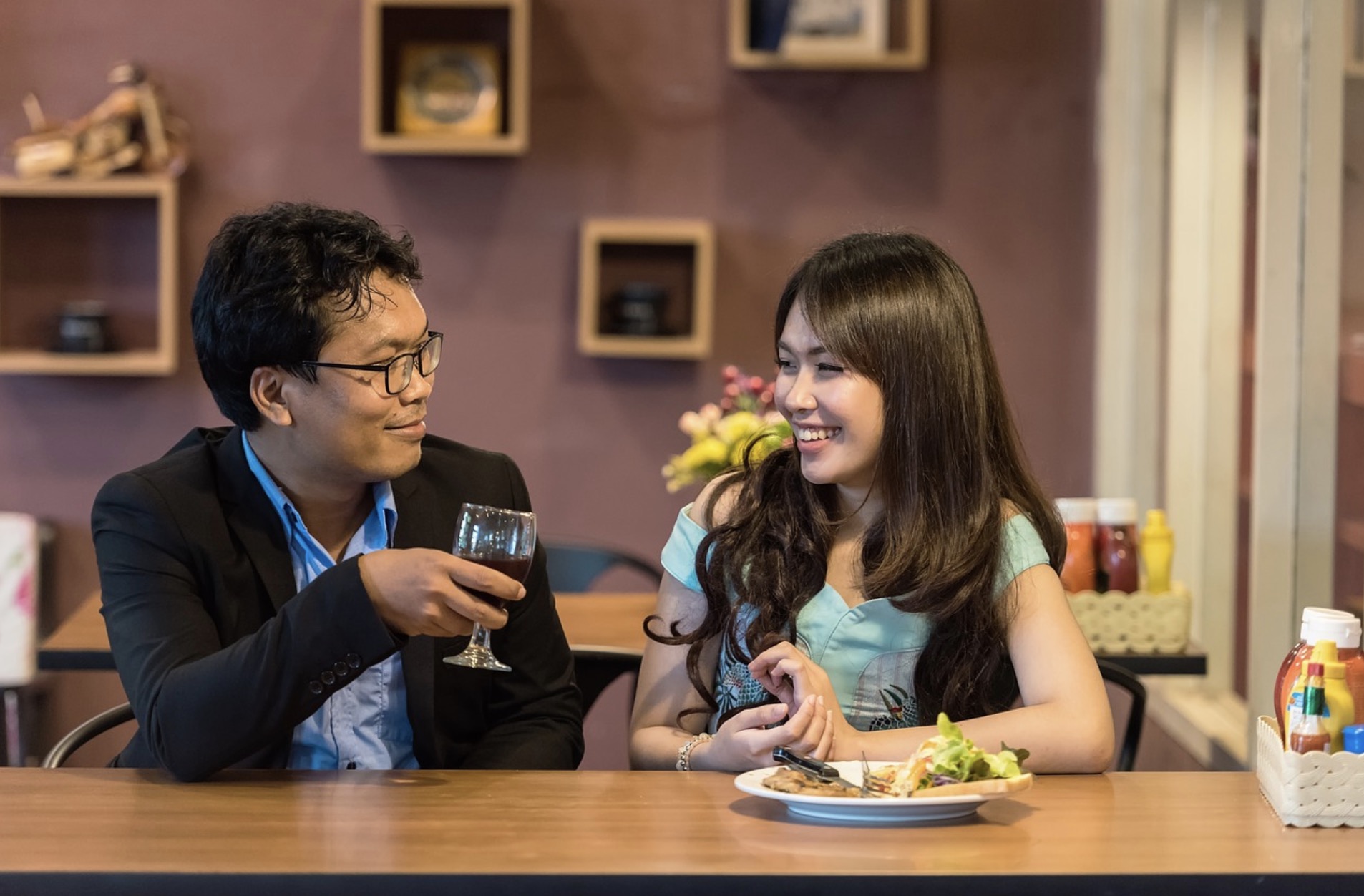 “I took some time off of work to follow my favorite band to as many shows on their US tour as I could. On the first night of the tour, I met a guy in line who quit his job and was following them around as well. Since we were going to be seeing a lot of each other, I got his number so we could hang out before the shows. A week later, I started seriously crushing on him. A month later, we went on our first date. Now we’ve been together for almost a year and a half!” – partypoison723 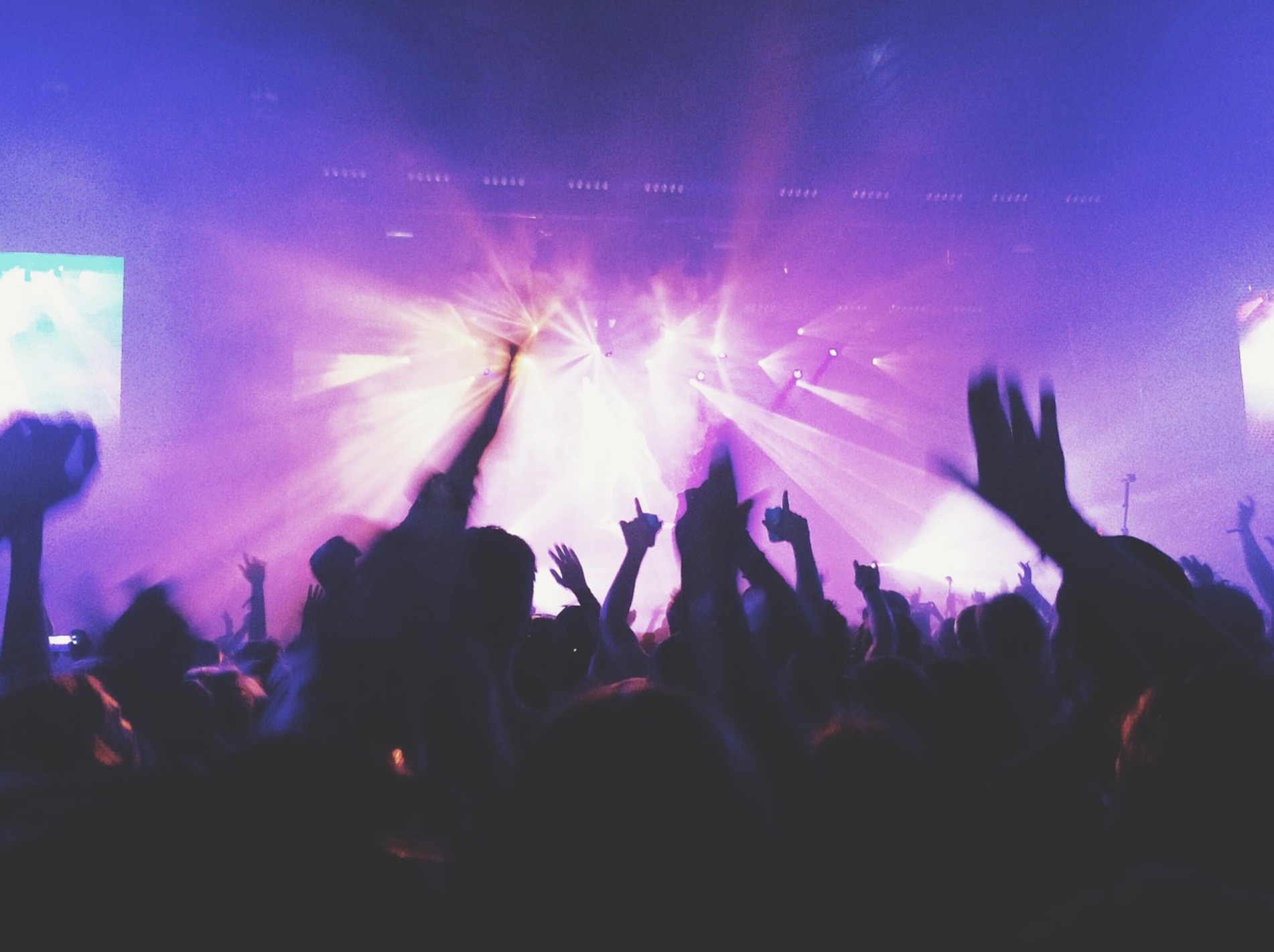 “I stopped working for a few years when I had my children, but then I decided I wanted to go back to working. However, the only job experience I had was working in retail and in bars. I kept seeing job listings in my area for care assistants, but I had no qualifications — still, I thought I’d give it a try and apply for one.

“With the application form, I sent a long letter explaining why I thought I’d be good for the job even though I had no experience. Amazingly, I got the job! I’ve now been a care assistant in a dementia home for two years. It’s the best decision I’ve ever made and I absolutely love my job!” – sarahannw453cb5fbe 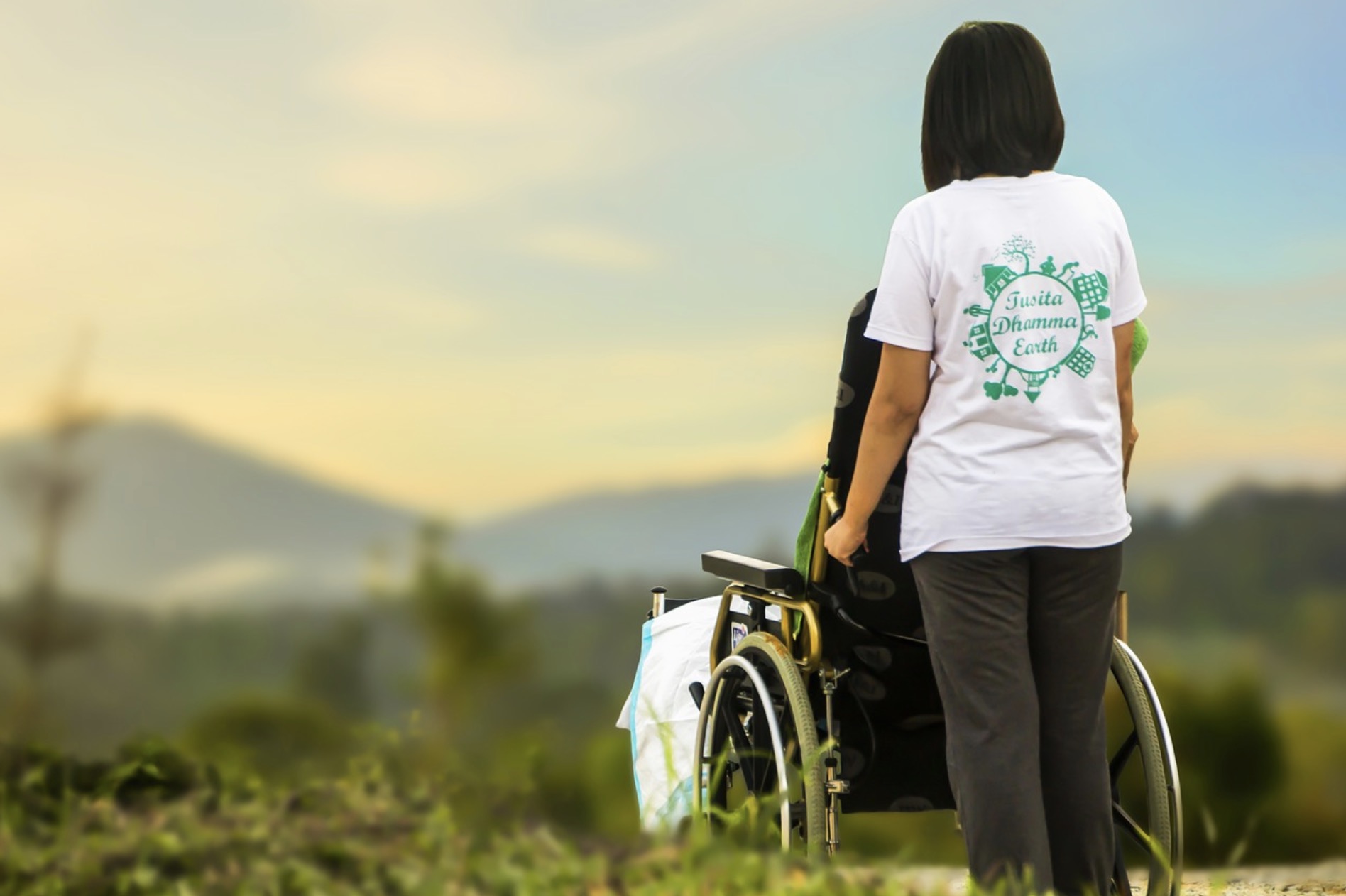 6. This can end in one of two ways: marriage, or an HR meeting.

“I texted my work crush and told him that I was in love with him. Literally the words ‘head-over-heels, can’t-stop-thinking-about-you in love with you.’ Next thing I knew, he ran into my office and started kissing me. 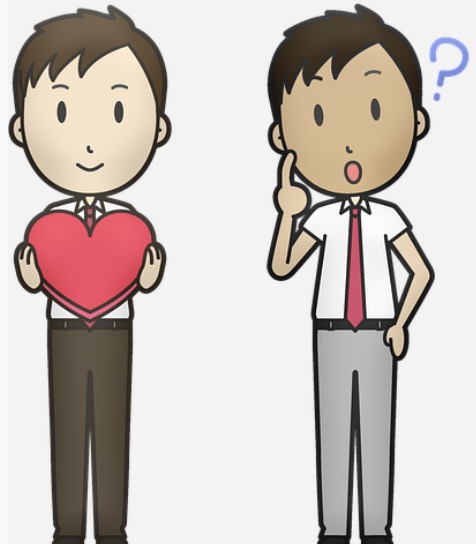 7. Testing the boundaries of friendship.

“I spent my freshman year spring break at my college roommate’s house. While I was there, I started to get a major crush on her brother. When we got back to school, I took a chance, and in an effort to be totally transparent, I asked my friend for her brother’s number. She agreed to give it to me, and six years later we’re still together and about to buy a house!” – abbyjanec2 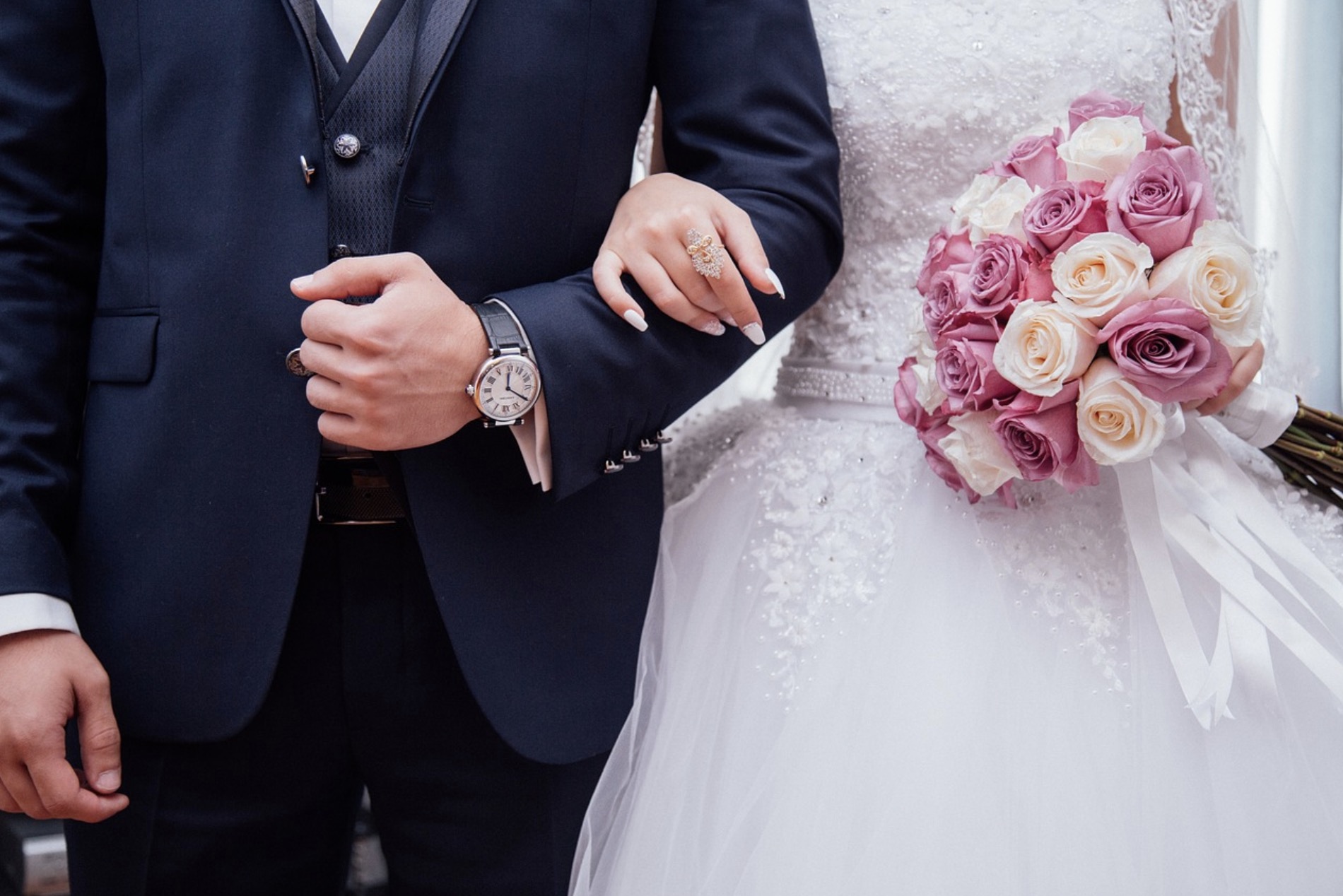 “One of my friends was going through an awful break up, so a bunch of us took her out one night to cheer her up. Halfway through the night, she was about to drunk call her ex. I talked her out of it, told her to take a sweep of the bar and pick a guy, and I’d go talk to him for her. She decided on a guy, so I marched up to him and told him that my friend thought he was cute. She ended up going home with him and having what, even THREE YEARS LATER, she still calls the best sex of her life.” – babygirlxo 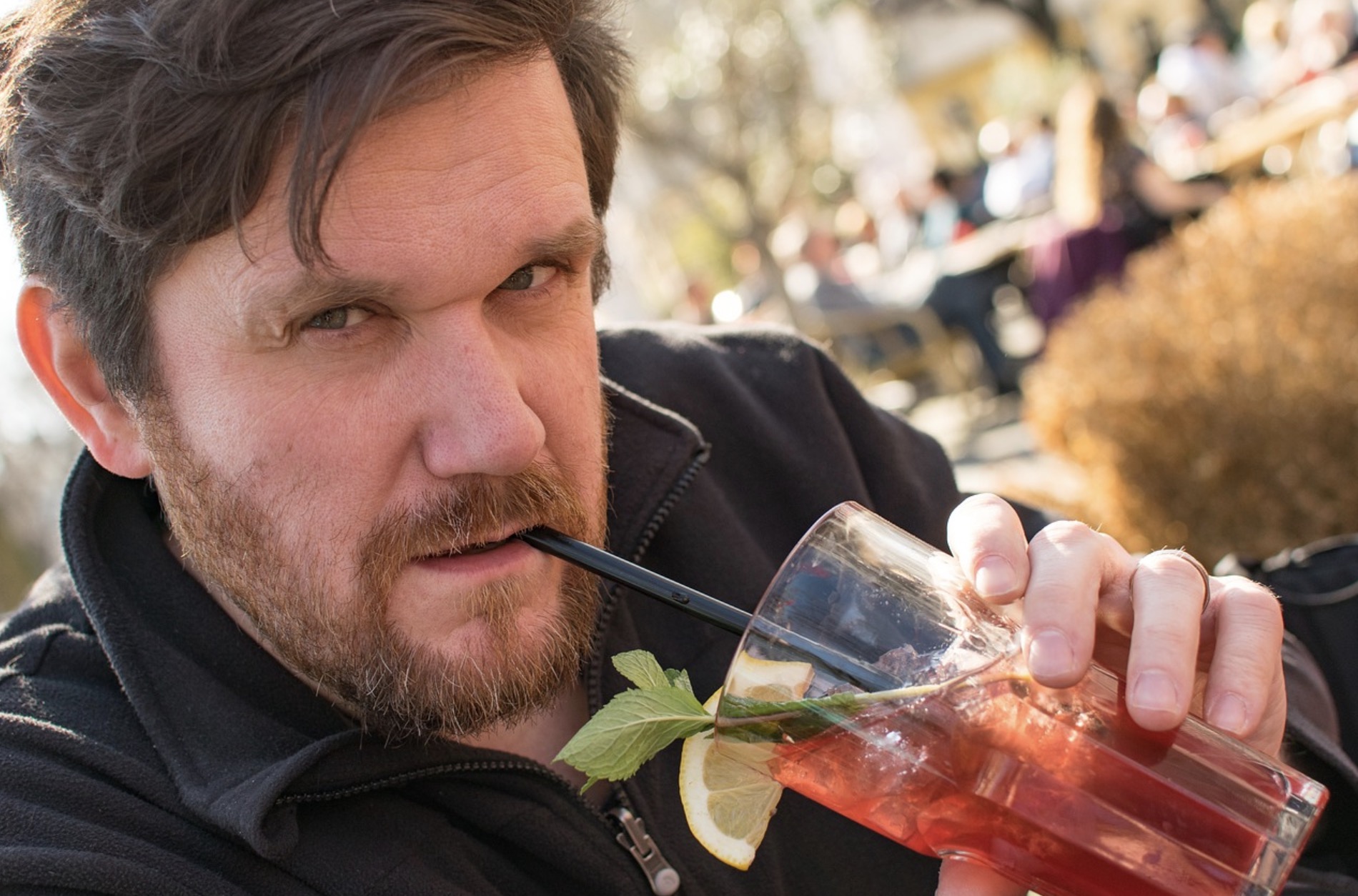 “I live in Texas where it hardly ever snows, so when we had a surprise snowstorm this winter, my roommates and I ran out to play in it. All of a sudden, this big fluffy goldendoodle ran up to us! We started playing with her when this really cute guy came up and started apologizing for his dog. We ended up talking for a little bit, and when he left, I told my roomies how cute I thought he was. They made me SPRINT back across the street and ask for his number. He gave it to me and we went on a date the next day, and have been together ever since. Here’s me with the real matchmaker (and him in the background!)” – hannahh451e3e2a8 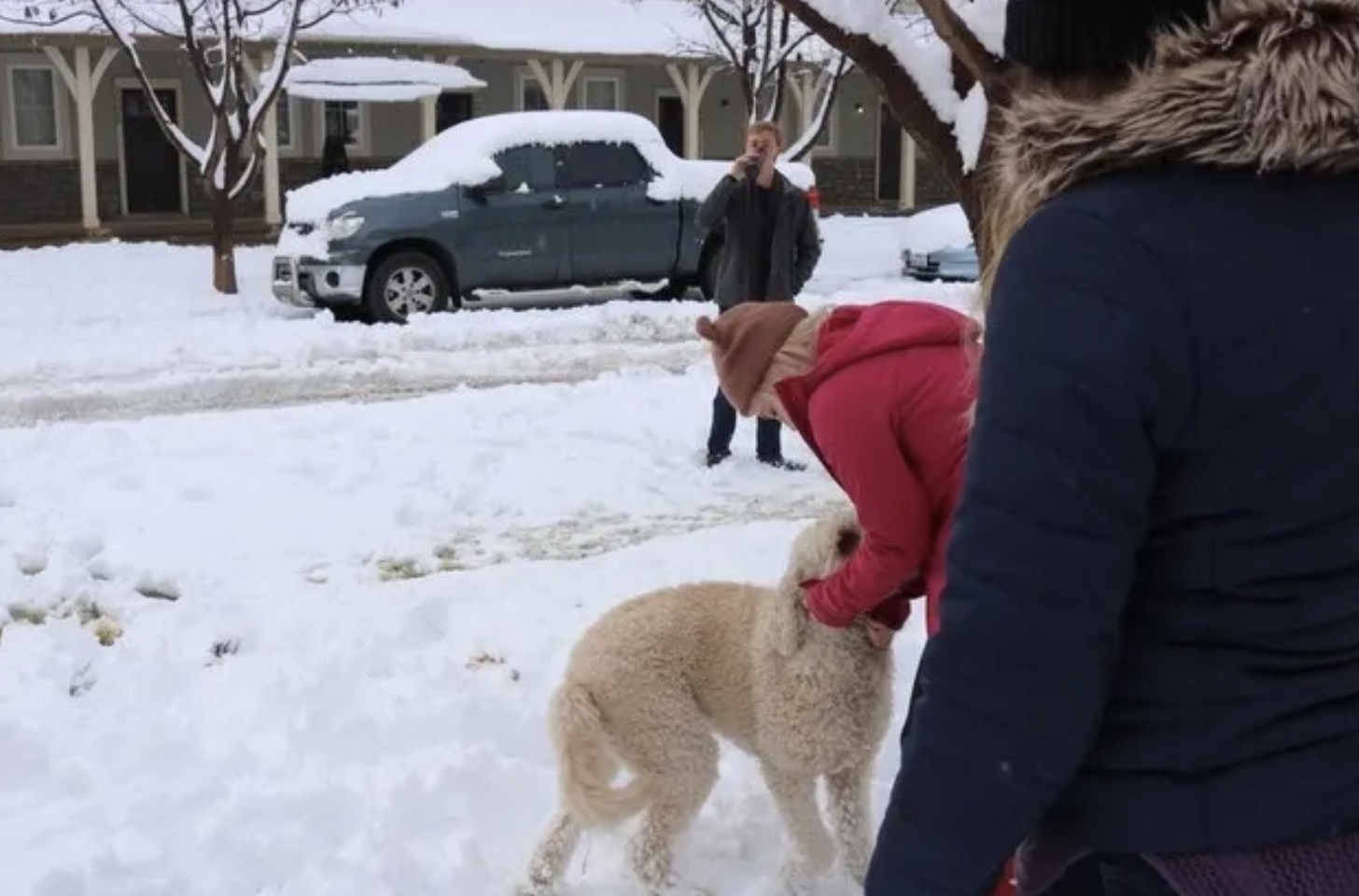 “Ten years ago, I took the same bus every Tuesday and Thursday. There was a man who also rode the bus who caught my eye, so I’d text my friends about him. Two days a week, I’d give them updates about this man — ‘He isn’t wearing a ring…’, ‘Today he was wearing plaid pants,’ etc.

“After checking him out for about a month, I dared myself to talk to him. But as the bus pulled up to the curb, I chickened out. Just then, HE walked up to me and said, ‘Nice weather we’re having.’ 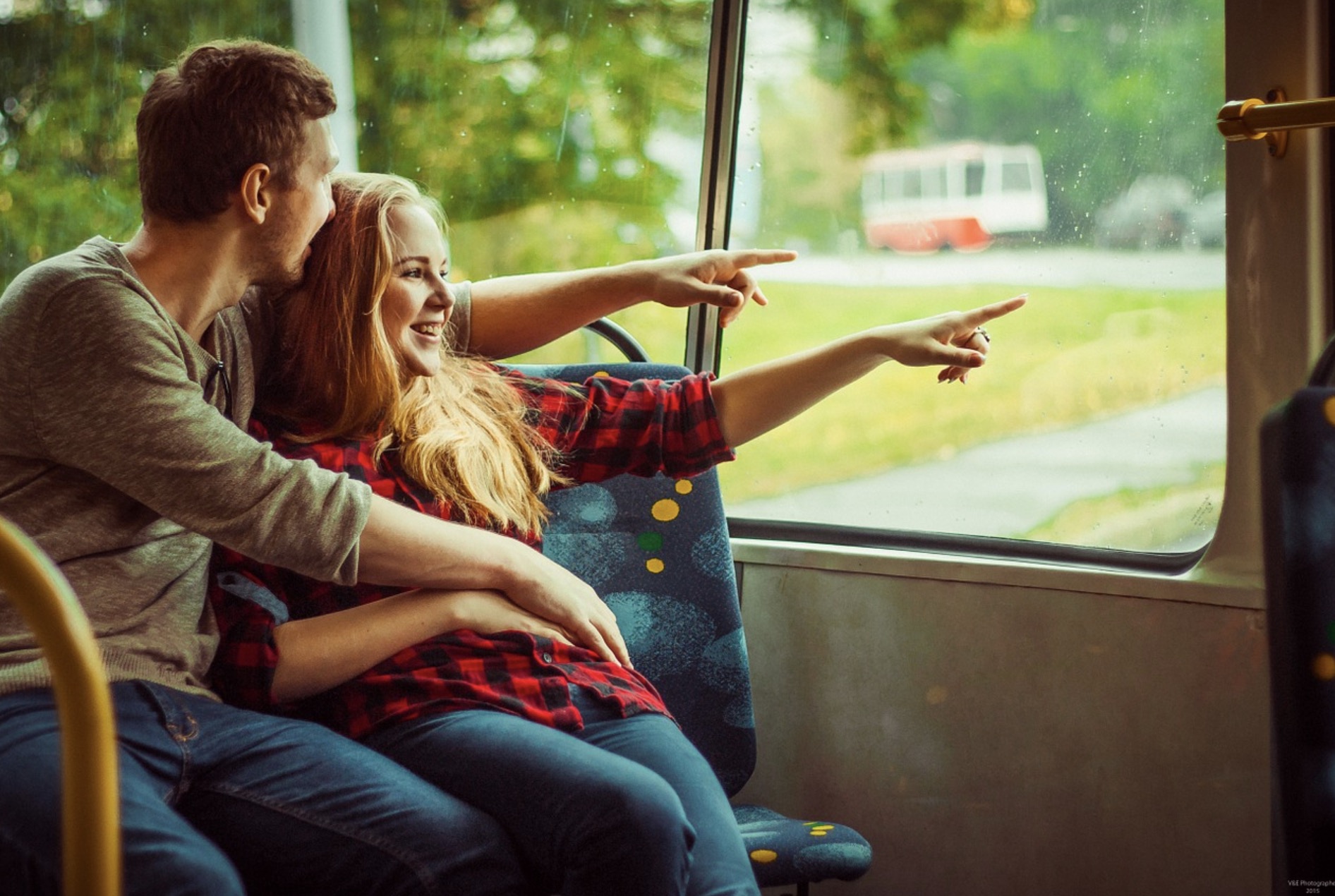 “I was extremely unhappy at my previous job. On a whim, my manager was walking by and I asked if we could talk. I told him I was resigning. He asked if I had another job lined up. I didn’t.

“I ended up taking a solo trip to Hawaii for a month, then came back and submitted an application for an entry-level position at another company. Fast forward three years, and I’ve worked my way up and am now the assistant manager of a company that is a global leader in the travel industry. I don’t think this would have happened if I didn’t take the risk and jump into the unknown without a backup plan!” – kimaaa33 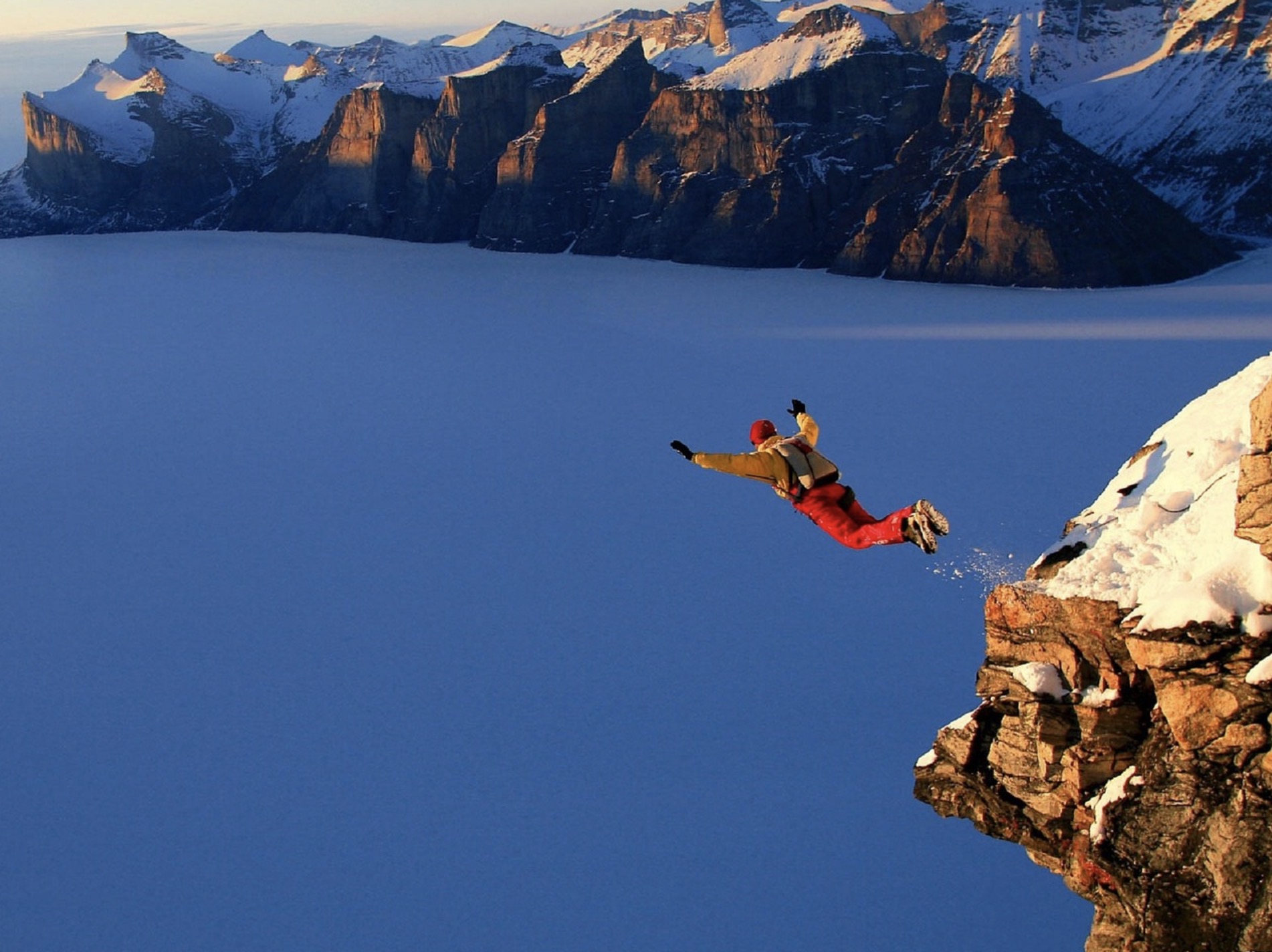 “I finally mustered up the courage to tell my best friend in college that I really liked him. But once I did, he then came out to me. I was so sad and felt like I had no one to turn to, so I found myself in a Yahoo chat room trying to distract myself from my sorrows. That same night, I met a boy who lived 2,300 miles away, but we instantly clicked — our 15th wedding anniversary is this year!” – bethramseya 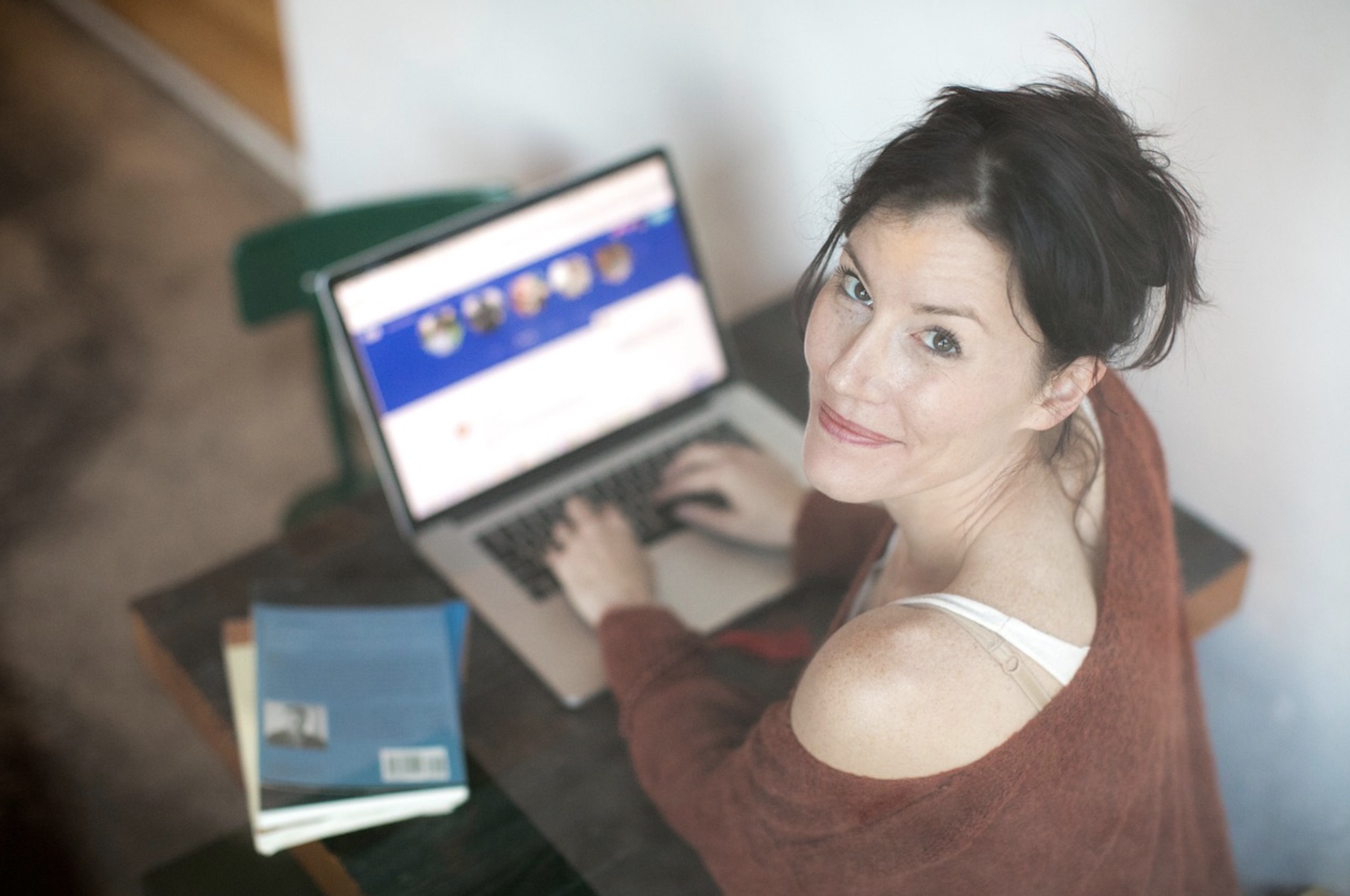 “When I graduated college, I was looking for ANY job. One day when I was playing around on job boards, I saw an ad to become an underwater photographer on Grand Cayman. I didn’t know anyone and I certainly didn’t know where Grand Cayman was on a map, but I picked up and moved immediately. 11 years later, and I’ve become a SCUBA instructor and traveled all over the world!” – cortiec 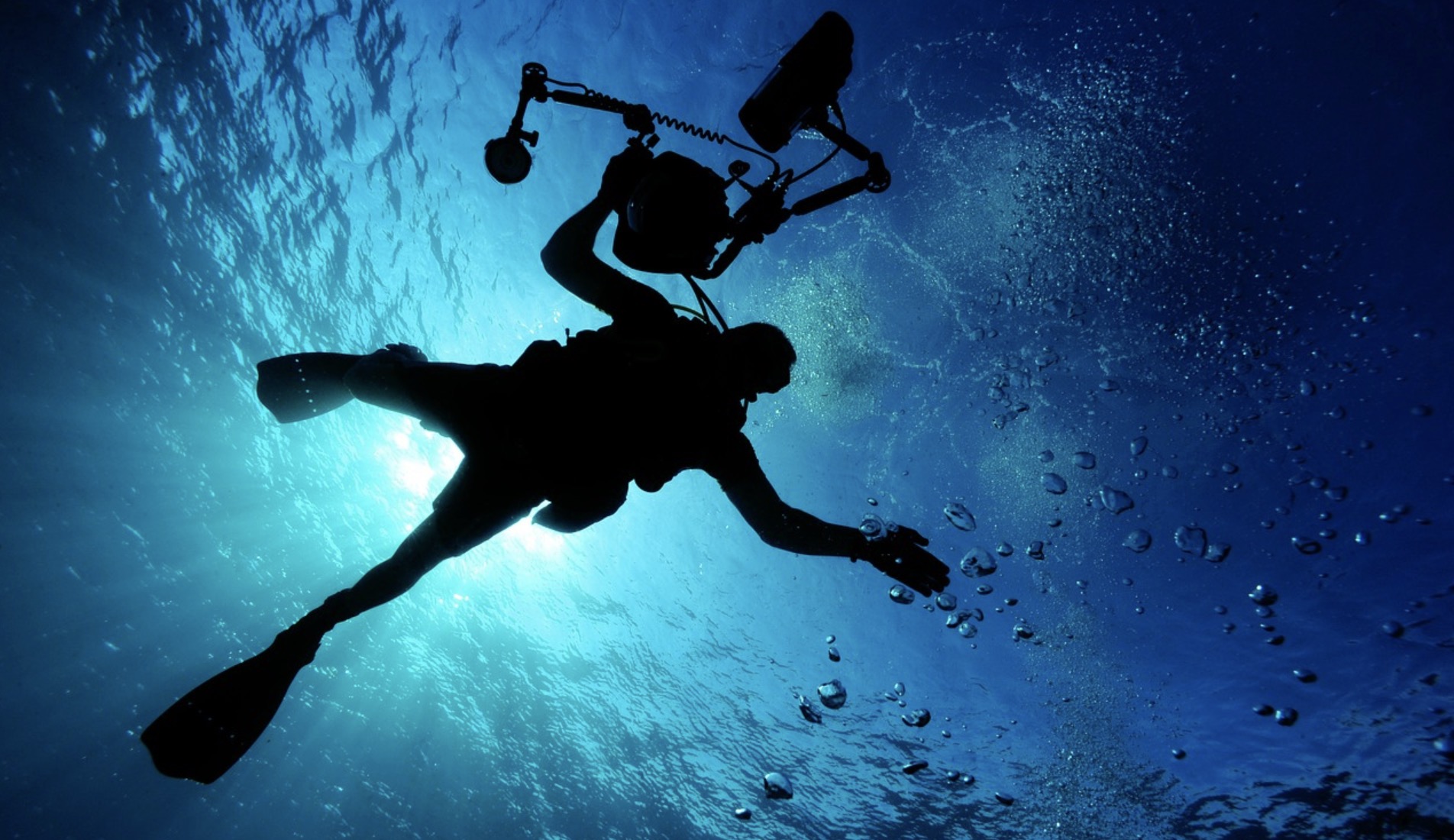 “Two years ago, I visited my family in the states and decided to have a little fun with some of my friends and go on Tinder. My first match was an American soldier 980 kilometers away, so it was the last match Tinder had found for me while I was still abroad in Germany. I decided to message him.

“We met two weeks later when I returned to Germany, despite all of my friends being against it and telling me he just wanted to sleep with me. Two years and two military deployments later, the soldier is my husband and he’s moving to Germany to do his master’s. Sometimes it keeps me up at night — what would’ve happened if I hadn’t swiped right?!” – patriciaa4373b741b 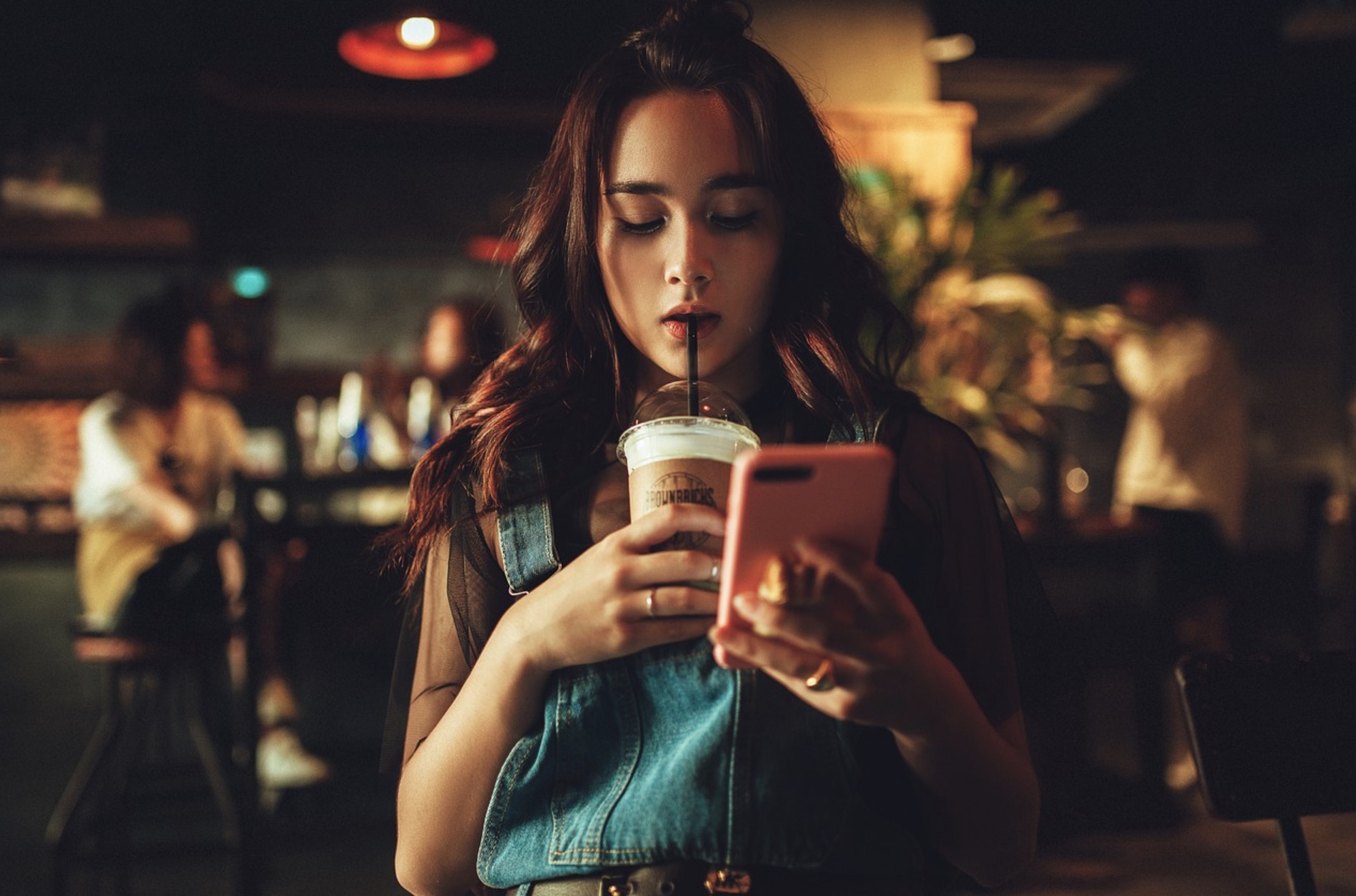 “I didn’t finish high school and it’s been 12 years since I left. I’m a single parent and I have my child 100% of the time. Last year around this time, I just decided I needed a better life, so I applied to college. It’s been really difficult, but this is probably the first time in my life I have ever felt proud of myself. I can finally say I am happy with my life — both for myself and for my child.” – spookshowbaby 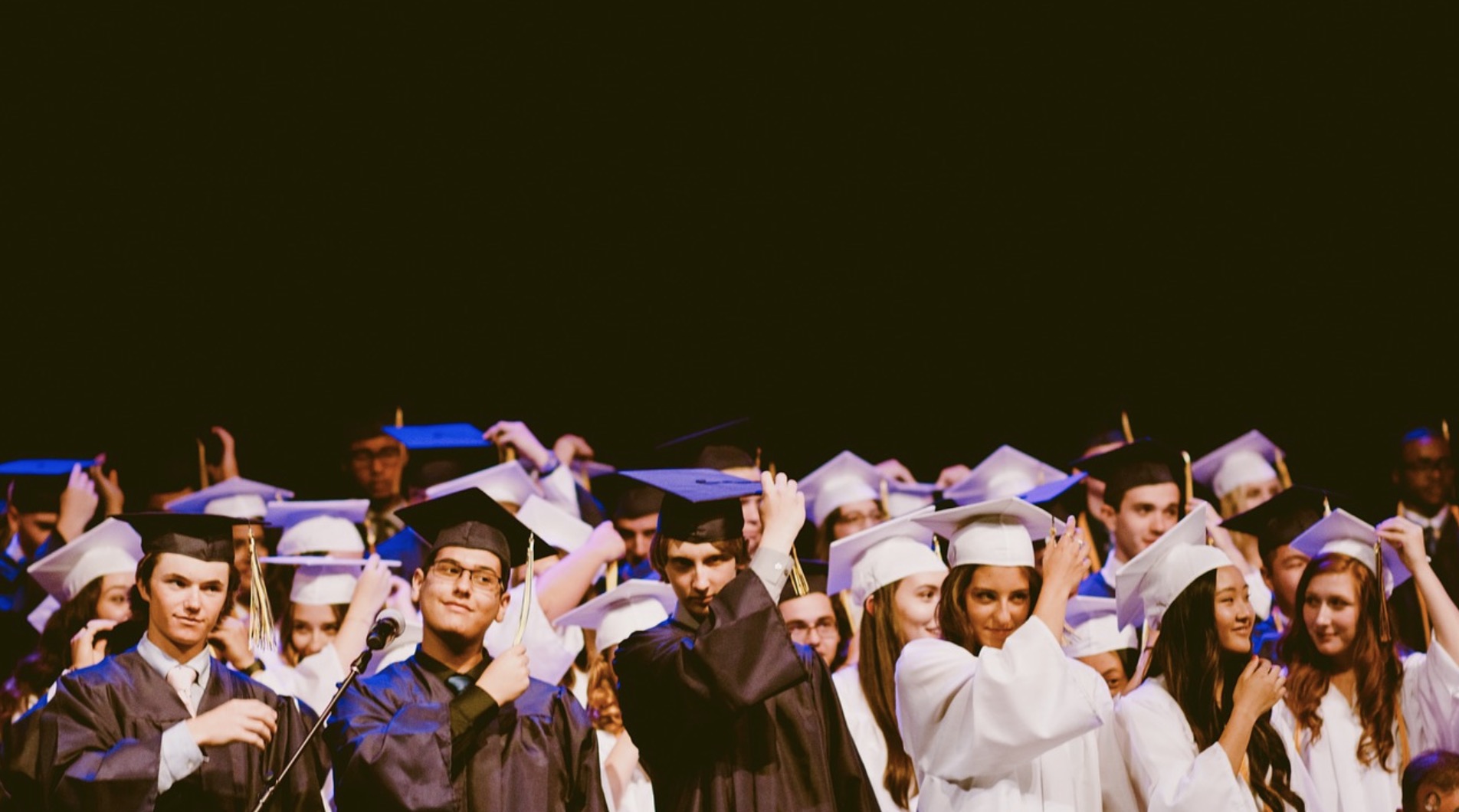 20 Tweets That Got over 25,000 Retweets in 2018
15 Trolls So Expert They Deserve Awards
14 Funny Memes We Think Will Put You in a Good Mood
15 Outrageous Excuses That Also Happened to Be True
People Share Hilarious and Weird Excuses for Calling out Sick for Work
9+ Photos of Real Life ‘Angry Birds’