15 Times Nature Was Creepier Than Any Horror Movie

We really don’t appreciate the comforts of our modern lives enough. Take a house, for example. It’s such an everyday part of life that most of us probably don’t even think about it. But our house is literally the only thing keeping out weather, poisonous insects, and apex predators that want to eat us. We should literally start every morning by waking up and shouting, “Thanks for having my back, house!”

If you’ve been taking your house for granted, it’s time you thought about what exactly your house is protecting you from. Luckily, we’ve got a list of 15 of the most nightmarish creations that nature can dish out. Depending on where you live, your house is the last line of defense between you and all manner of creatures that want to murder you.*

Here are 15 times nature made people nope the hell out. (via Bored Panda).

(*Yes, I’m aware that not all of these things really want to kill me. But that’s the point. Never encountering these things makes them sooooo much scarier.)

WTF is that?! If you’re creeped out, don’t worry, because you’re unlikely to see one of these in the wild. It’s called a Bigfin squid or a long-arm squid, for obvious reasons. They’re rarely encountered by humans. This one was filmed on November 11th, 2007 in the Gulf of Mexico.

2. I Got A Bad Feeling About This 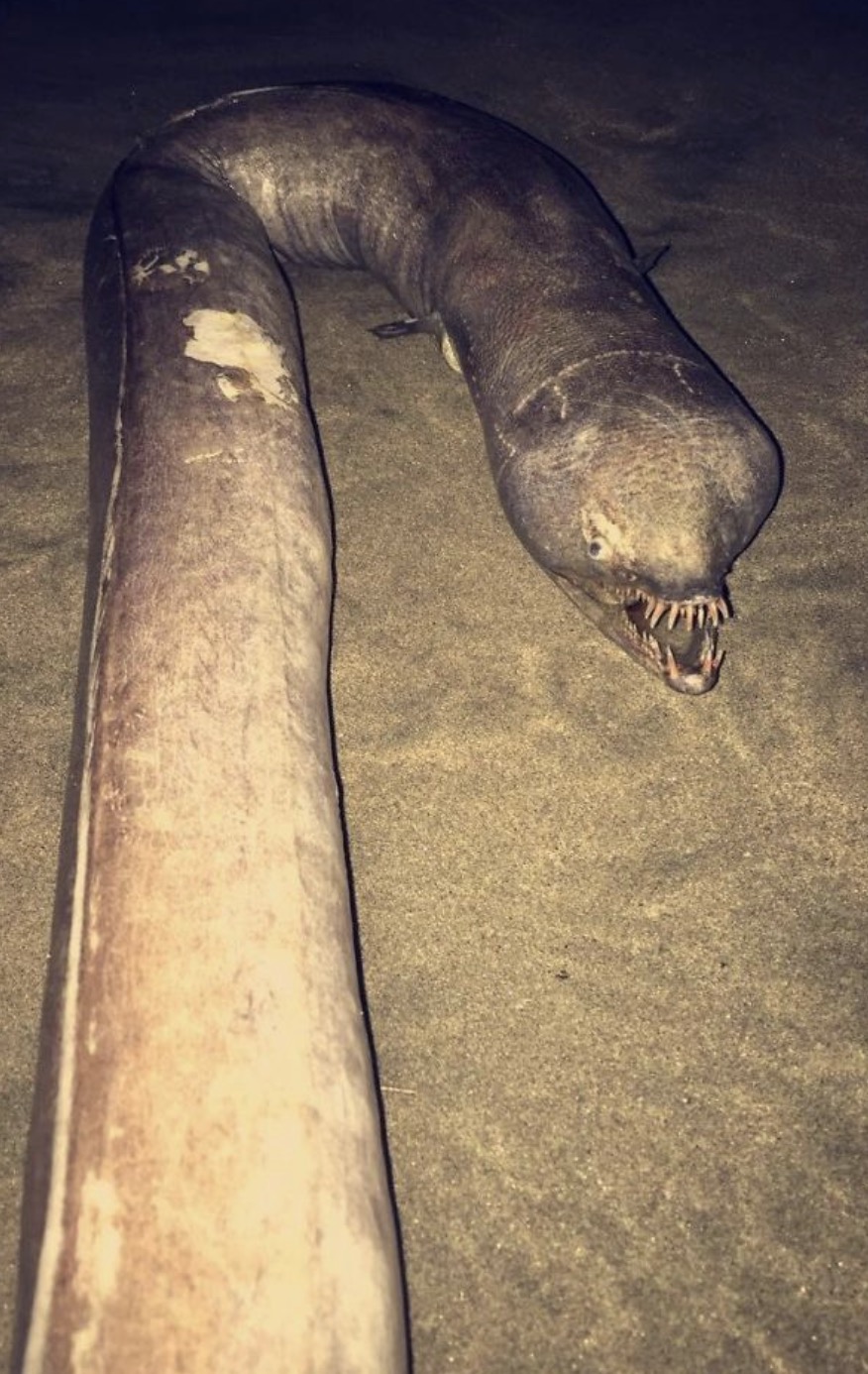 WTF is that?! No, it’s not the giant space slug that tried to eat the Millennium Falcon in The Empire Strikes Back. It’s a snaggle-toothed snake eel, a tropical marine eel that lives in Panama. This is the only specimen of this species ever found, but there could still very well be another one sneaking up behind you RIGHT NOW!!!

3. Along Came A Spider 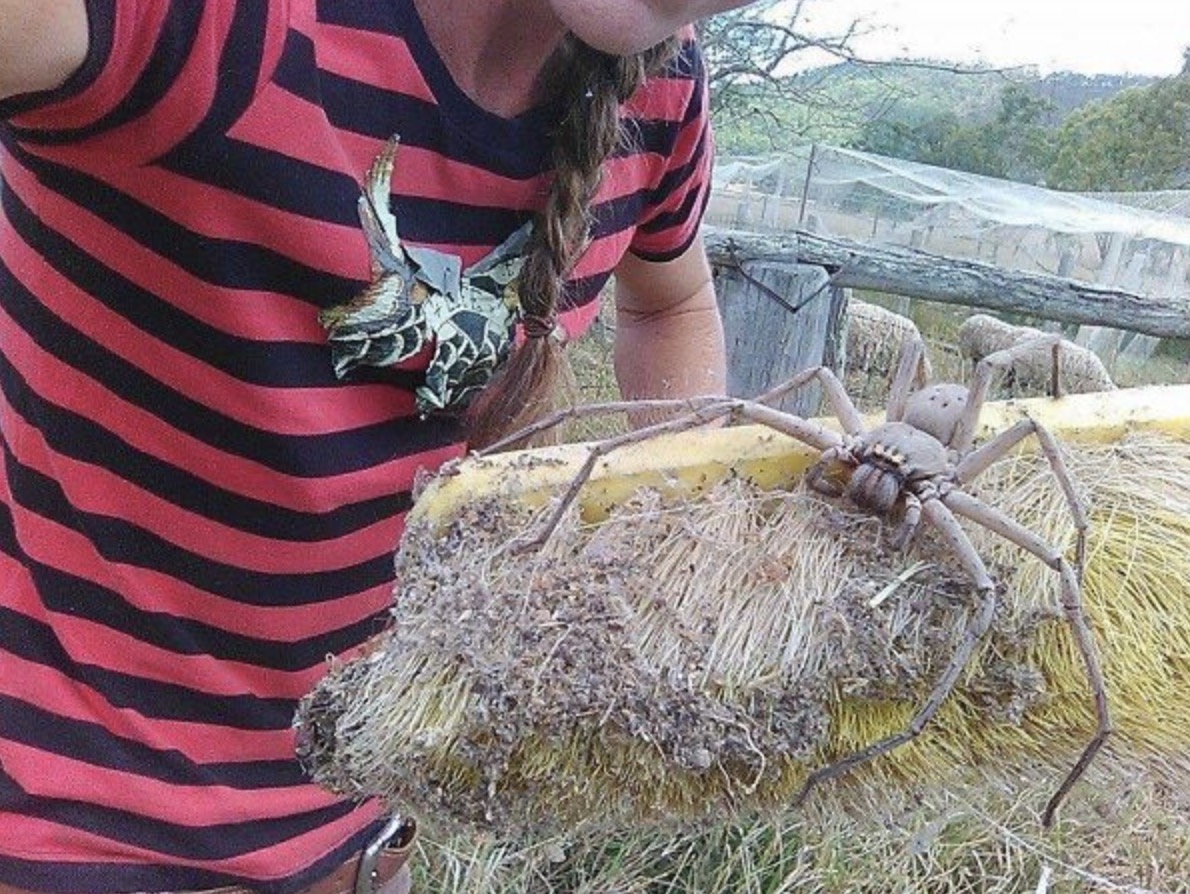 WTF is that?! A huntsman spider. They’re named for their speed and style of catching prey, not for how they take pleasure in hunting you and their family. (Although they definitely could if they wanted to.) Their legspan can grow up to 12 inches. They’re also not dangerous to humans, but they can deliver a venomous bite if provoked.

4. Do you like your OJ with pulp, no pulp, or mind-shattering terror? 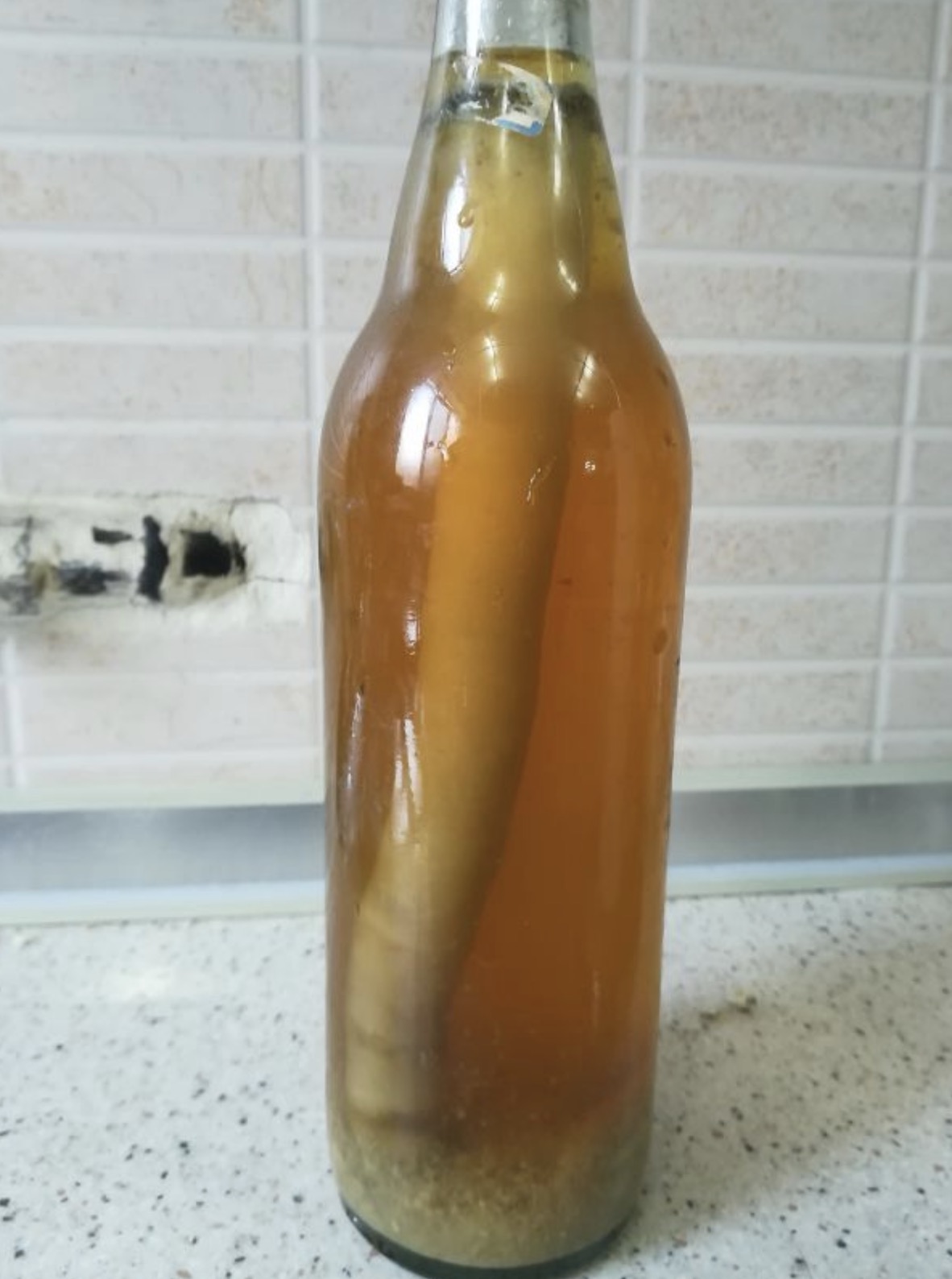 WTF is that?! It might look like someone got lazy at the bottling plant, but this probably happened well after the orange juice was sold. It’s most likely a cylindrical yeast colony, which can grow when yeast settles on the bottom of a liquid. This OJ was left in a cabinet for over a year. 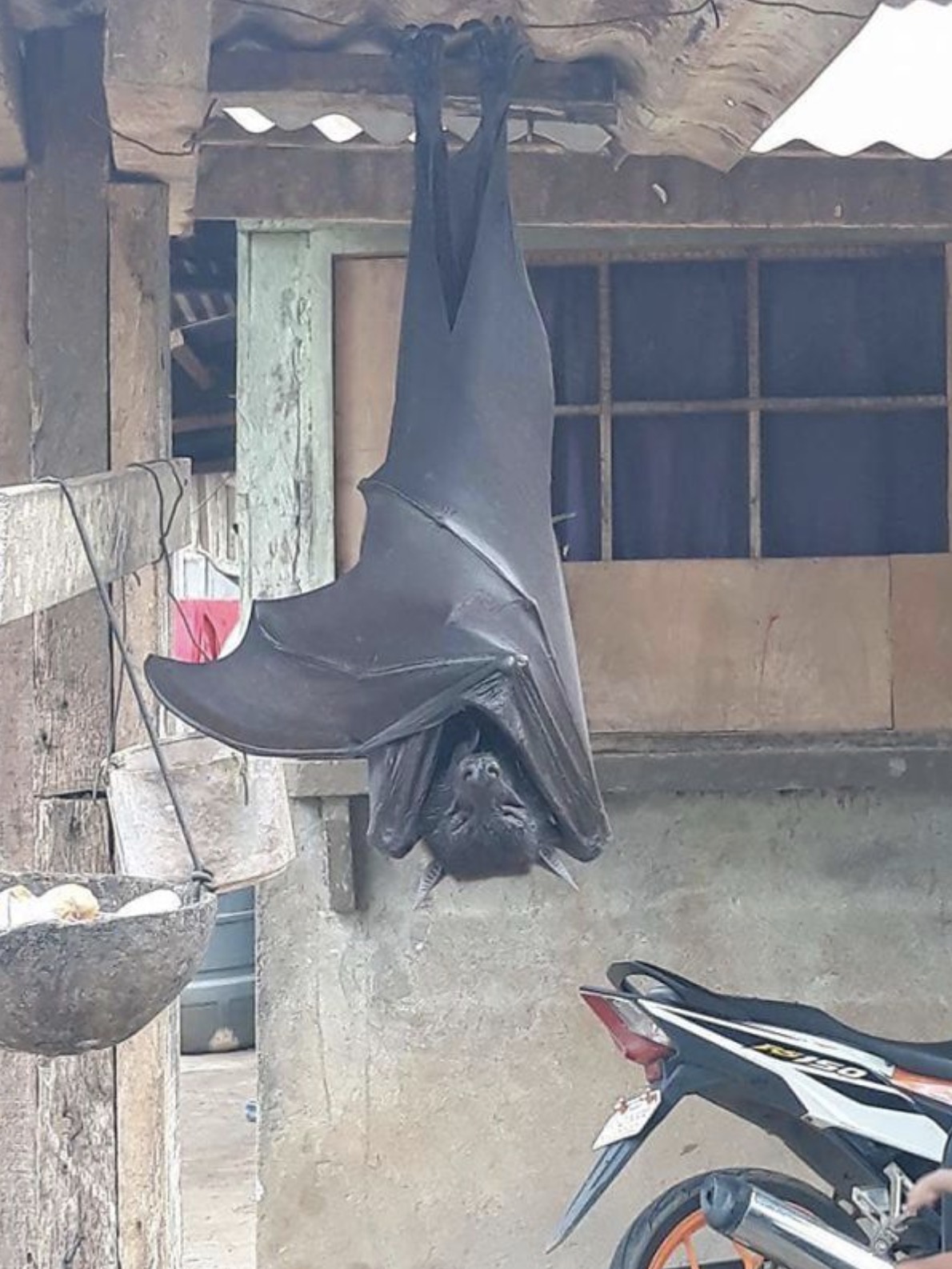 WTF is that?! It’s not a camera trick, that really is an enormous bat. It’s called a “flying fox,” and this species can have a wingspan of up to 5 feet. They’re found in the tropic and subtropic regions of Asia, and despite their appearance, they’re gentle and mostly eat fruit. 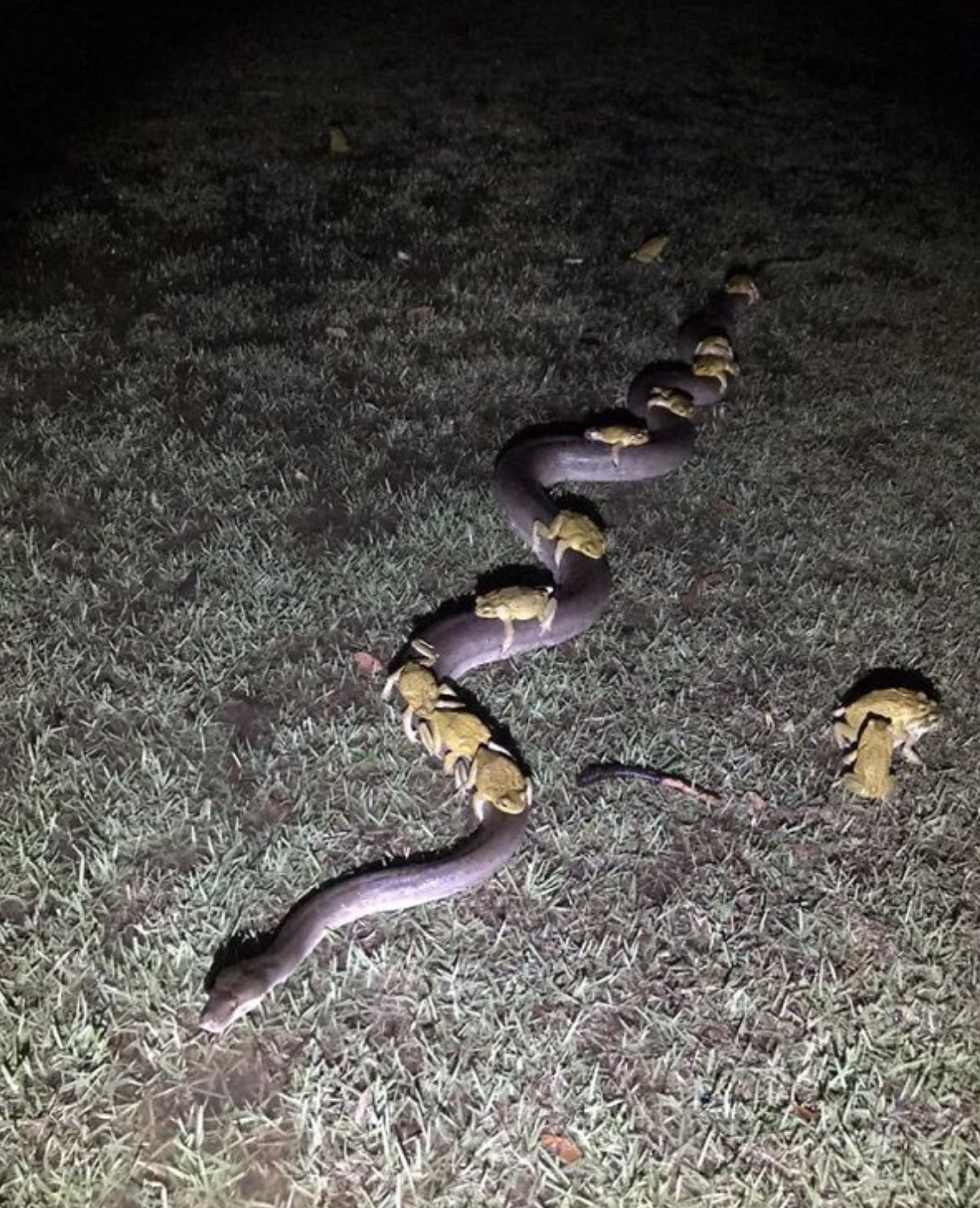 WTF is that?! Just a bunch of cane toads riding on the back of a python, naturally. This photo was taken after a 68 mm rainfall (2.7 inches) in Western Australia. (Obviously). Much easier to just hitch a ride to dry ground! 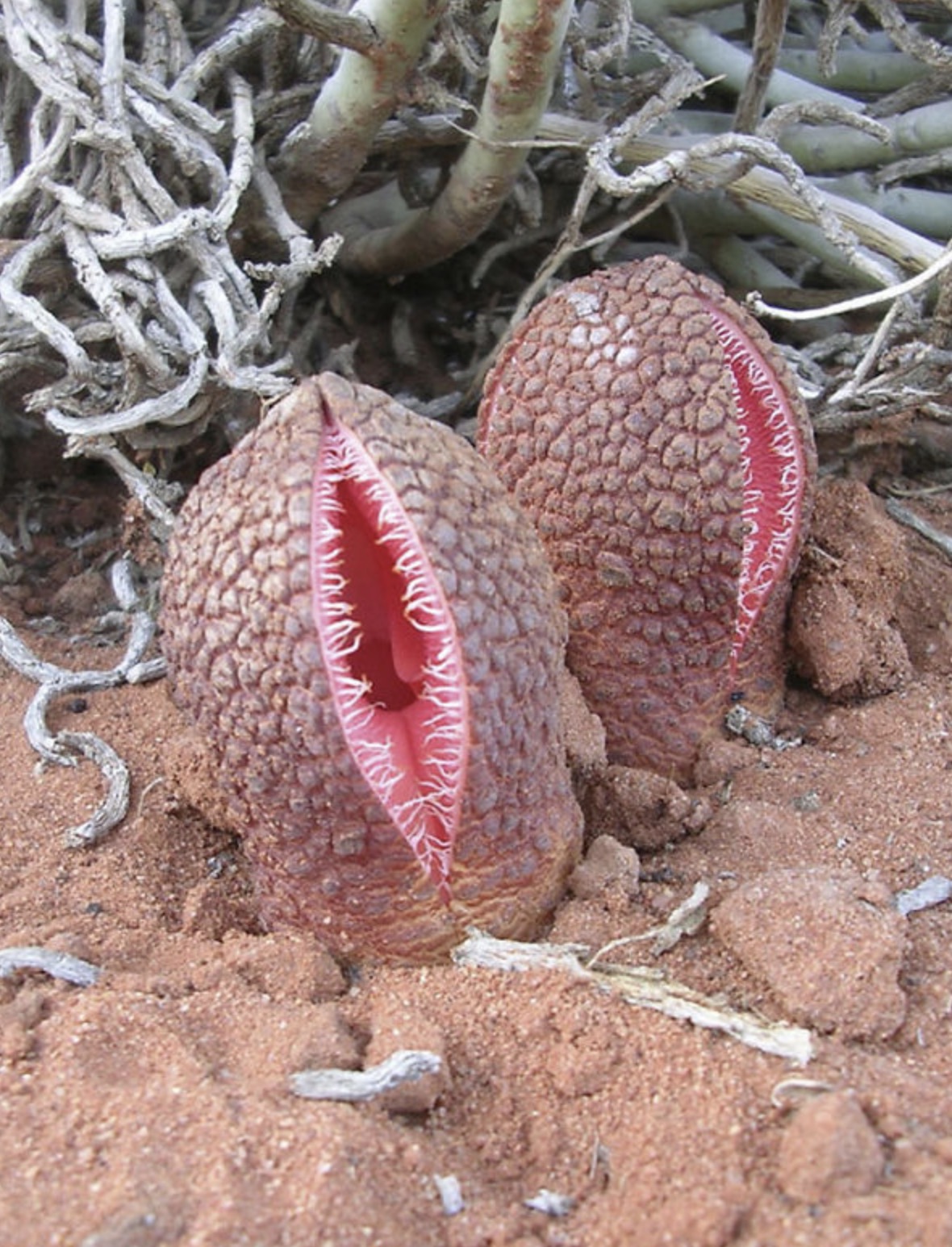 WTF is that?! Nope, it’s not some sort of flesh-eating plant from a B-horror movie. It’s a Hydnora africana, a parasitic plant that grows on the roots of flowering plants called Euphorbiaceae. Hydnora africana mostly grows underground, except for a fleshy flower that smells like feces to attract its natural pollinators, dung beetles and carrion beetles. 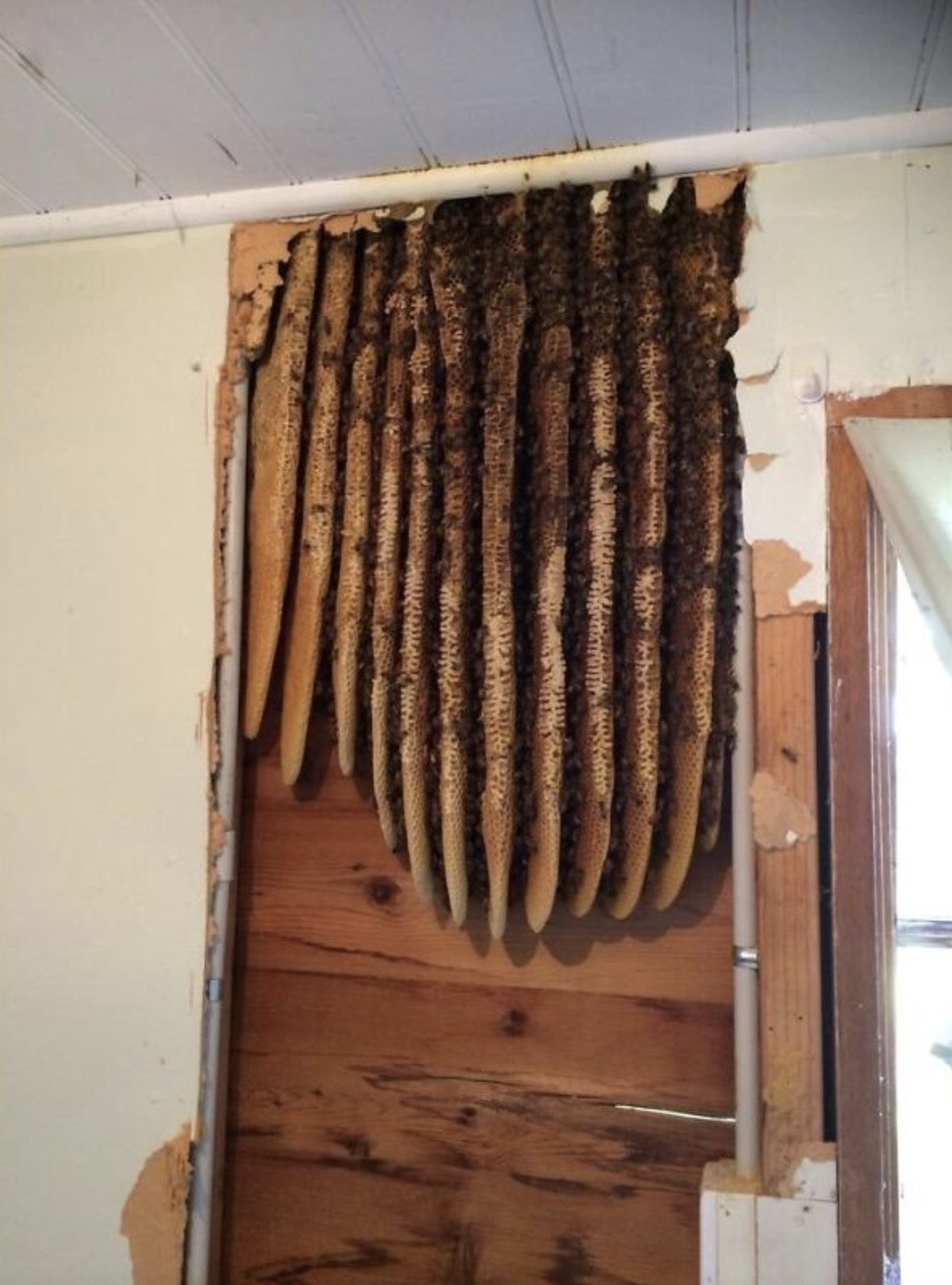 WTF is that?! This is most likely a honeybee hive, which was discovered while renovating a house. The spaces behind walls are cool and dry, and that makes them a perfect location to build a hive. A hive left alone inside the walls can cause mold and damage, so it’s best to get it removed. 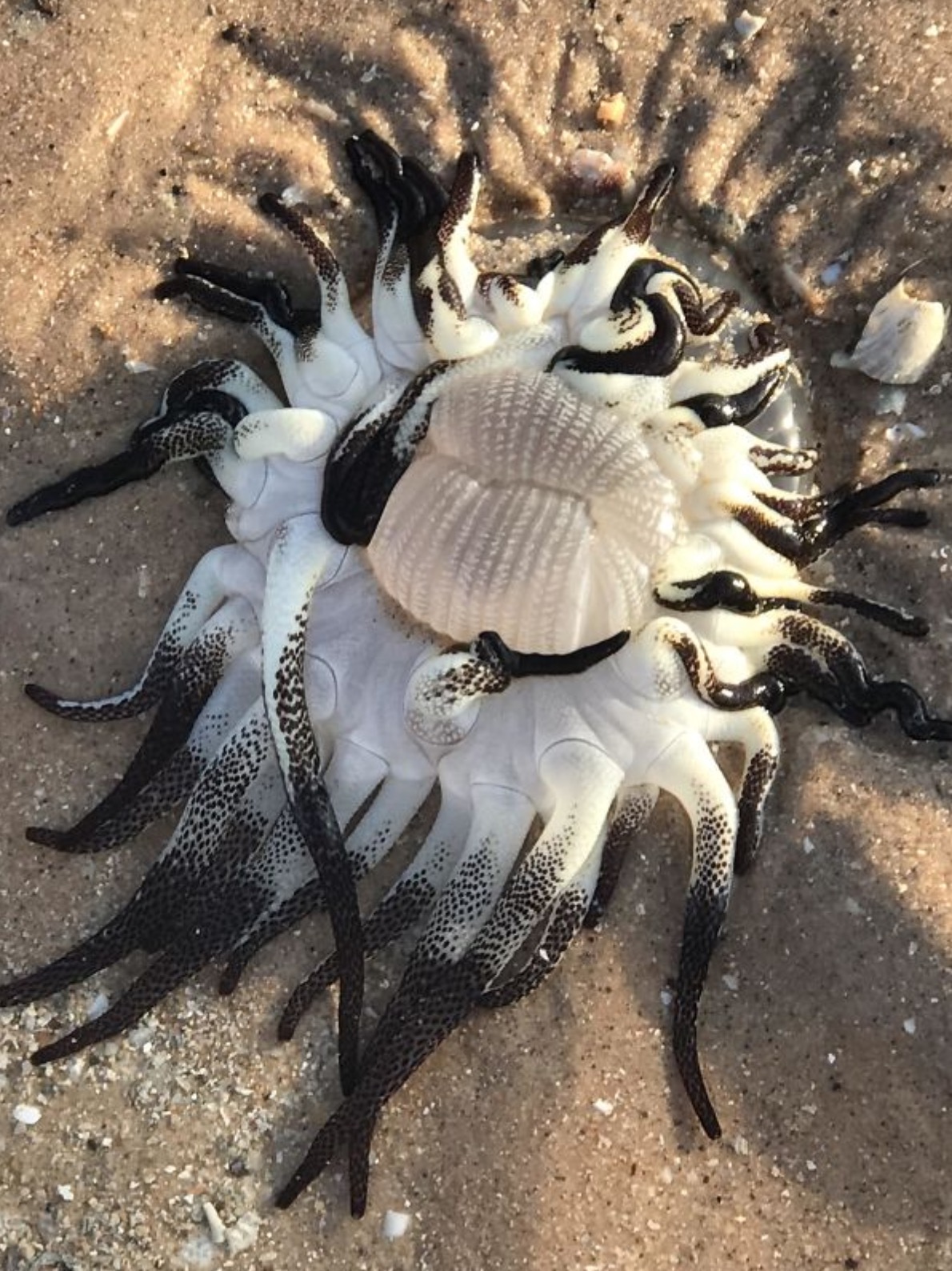 WTF is that?! No, it’s not a Lovecraftian nightmare. Just a type of sea anemone, called either a striped anemone or an armed anemone. That’s because of their many arms, not because they’re packing heat. 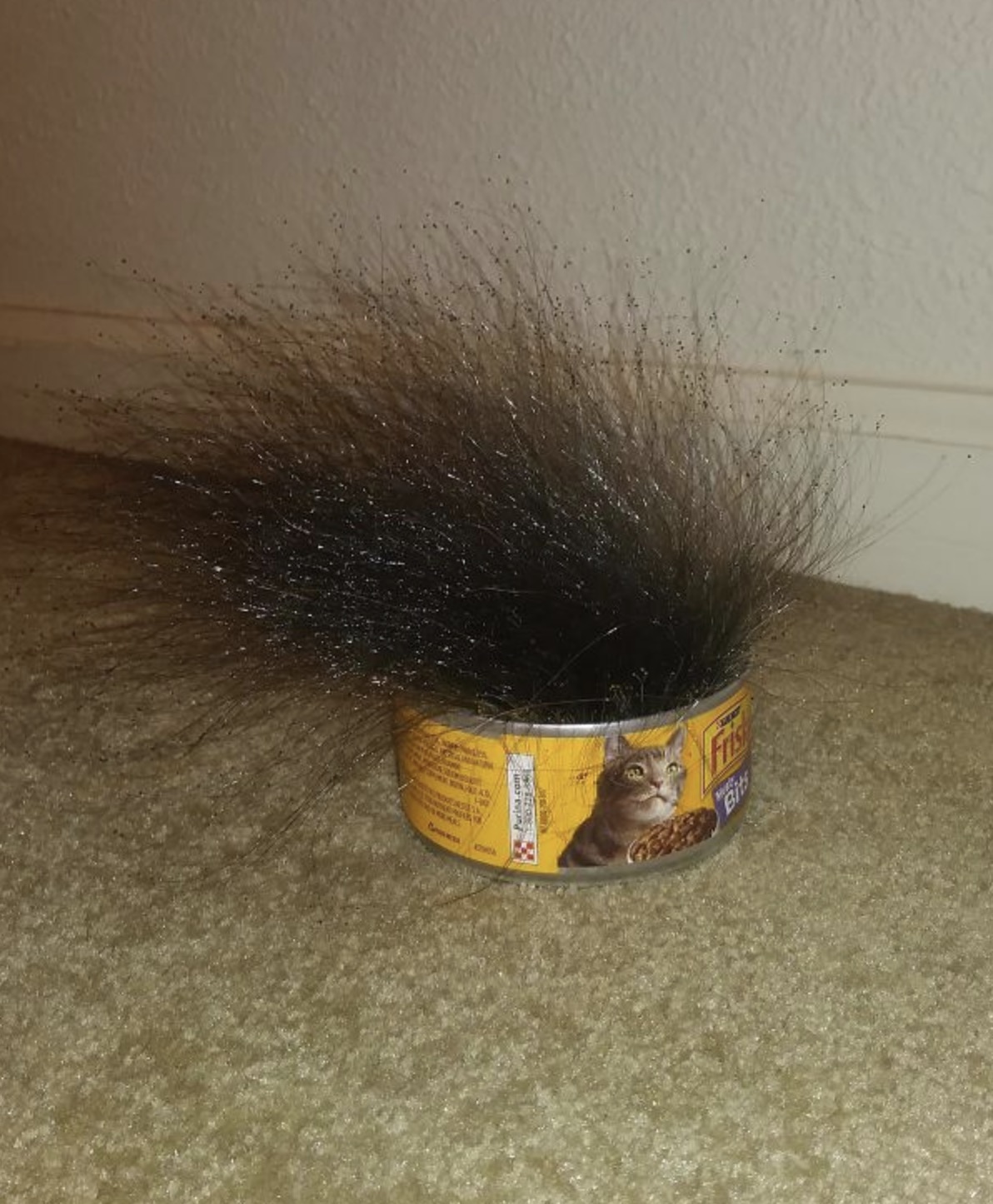 WTF is that?! Probably a type of fungus called Phyomyces. This cat food was left unattended for ten days, and this photo is a great reason why that’s a bad idea. 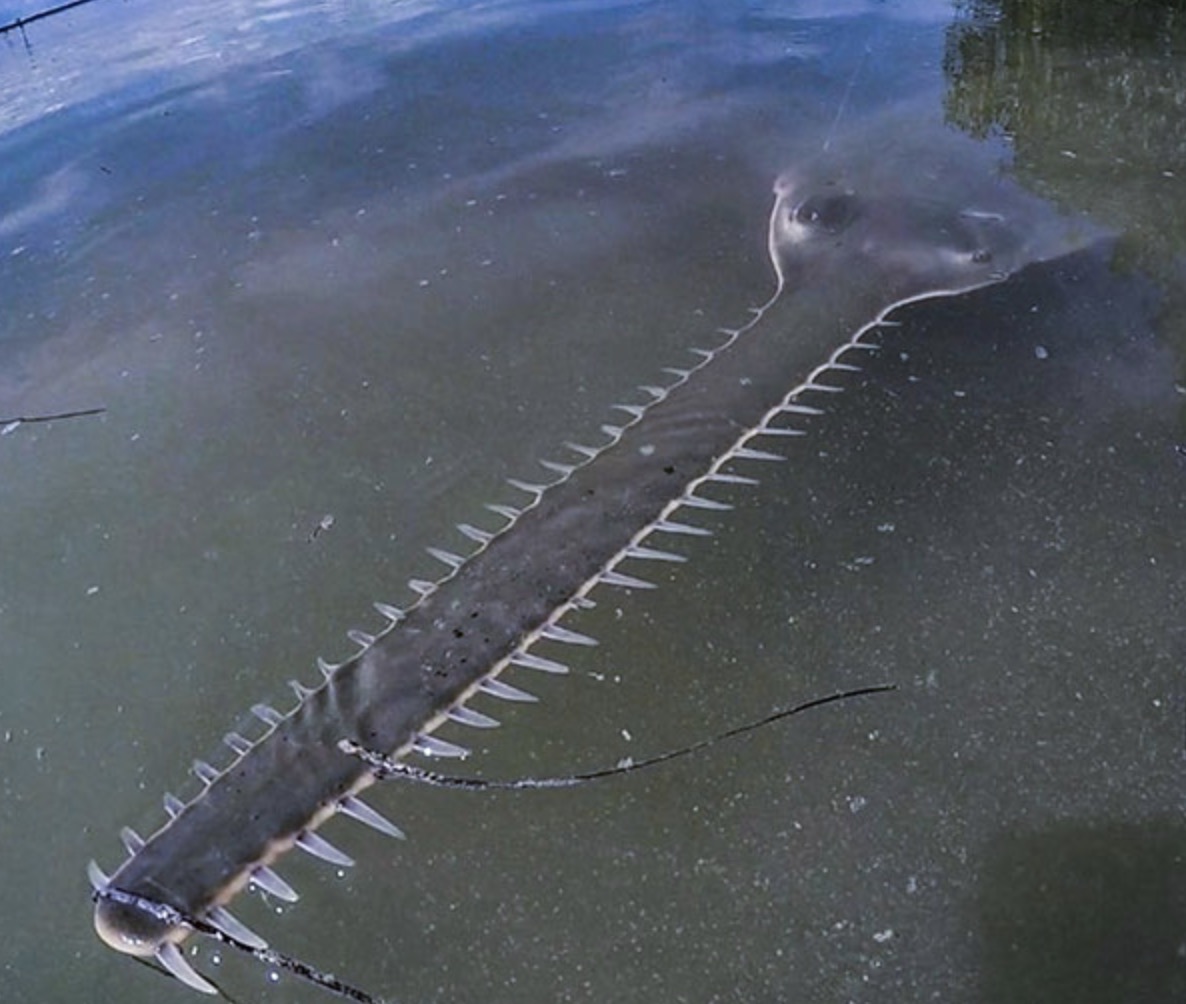 WTF is that?! A sawfish! If you’ve been to an aquarium you’ve probably seen one. They might look like a unique type of shark, but they’re actually a type of ray. They’re characterized by their long rostrum, or nose extension, which has transverse teeth used in hunting. Sawfish used to be much more plentiful but are now a critically endangered species that are only found in Florida and Australia.

12 Converted Living Spaces Are So In Right Now 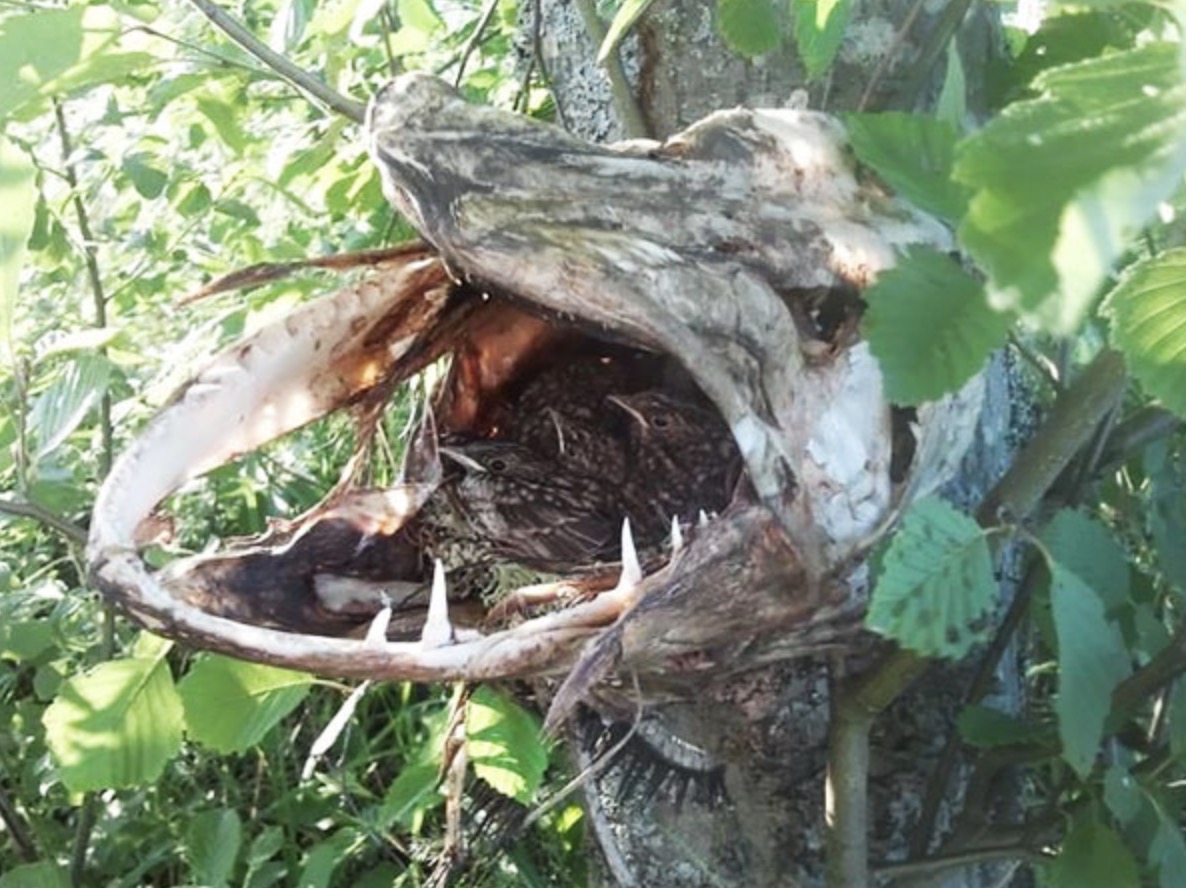 WTF is that?! Birds are known for building nests in unusual locations, and nowhere’s more unusual than the mouth of a dead pike. As for how the pike got in the tree, we don’t want to know. 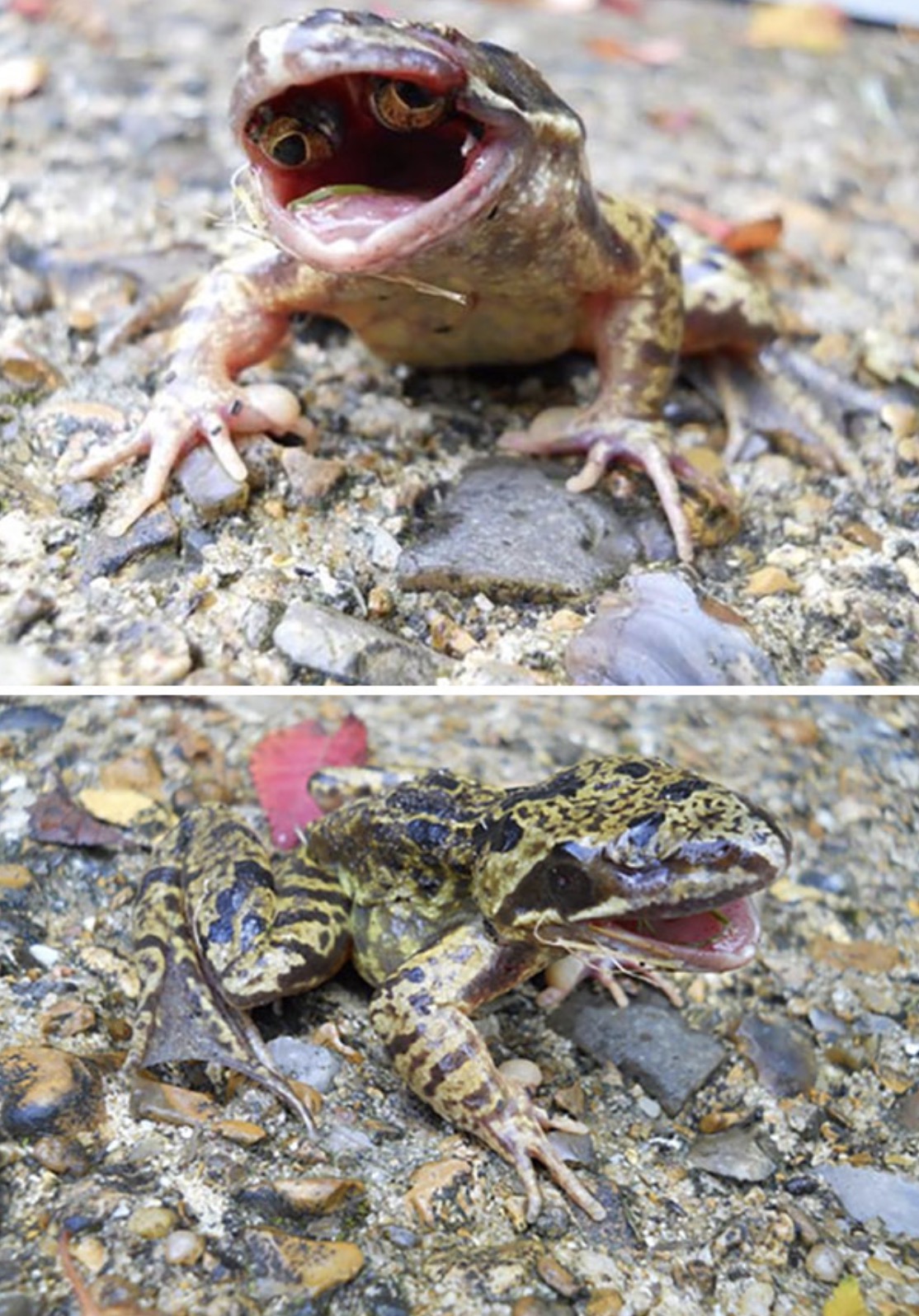 WTF is that?! That’s a frog with a mutation that caused its eyes to be located inside its mouth. It’s believed this mutation was caused by a type of parasitic flatworm called Ribeiroia ondatrae, which causes deformities in frogs as they’re developing. 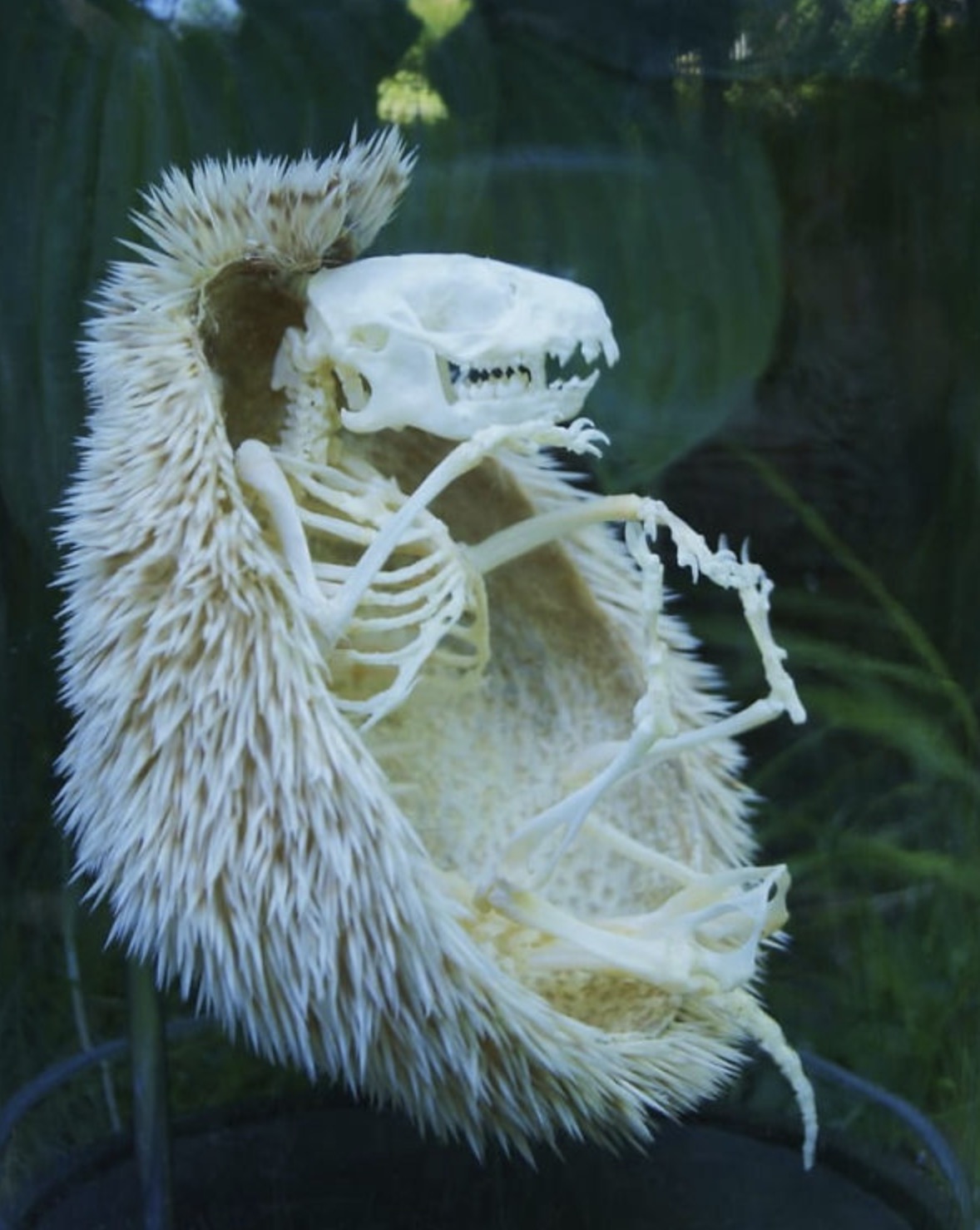 WTF is that?! Yep, that’s a hedgehog skeleton. The hedgehog’s characteristic spines are made from hollow keratin, and they’re not poisoned or barbed. The name “hedgehog” dates to 1450 AD, and it refers to both their tendency to live in hedgerows, and their hog-like snout. 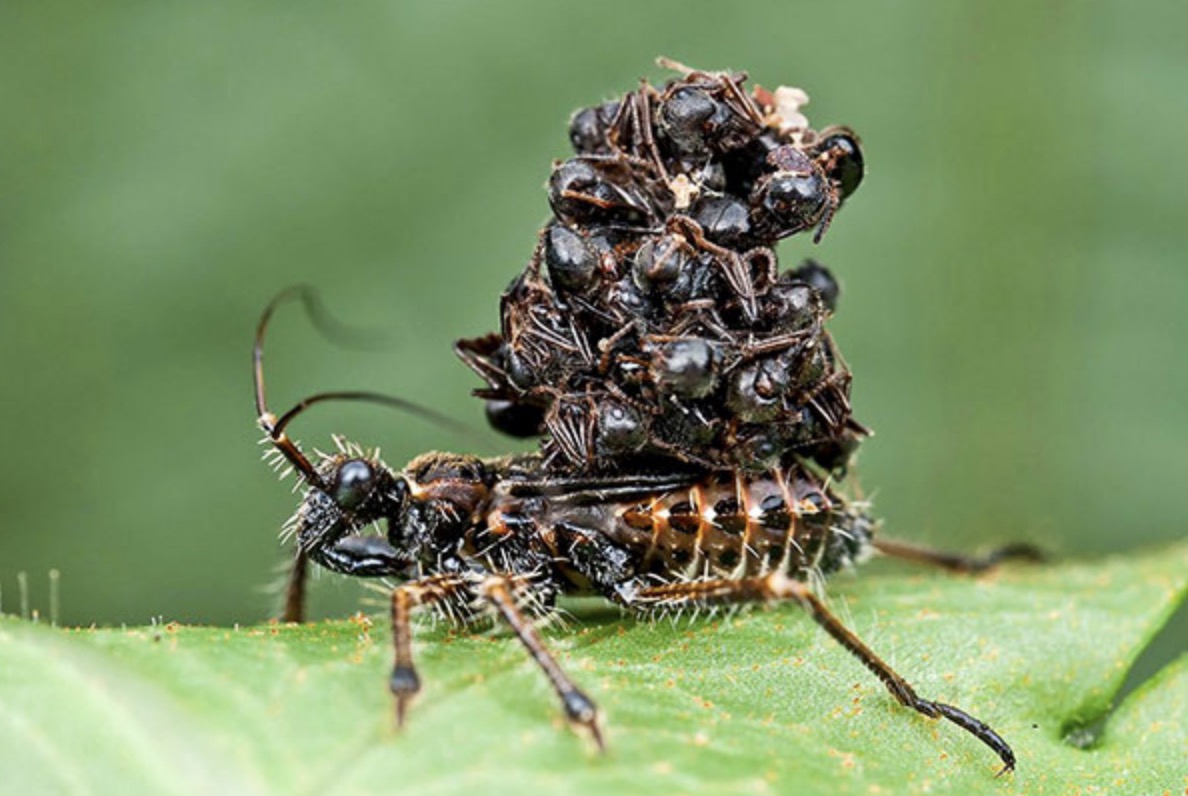 WTF is that?! An Acanthaspis petax, or a species of assassin bug. Found in East Africa and Malaysia, these assassin bugs inject their prey, (in this case, ants), with saliva that causes paralysis. It then sucks its prey’s blood and WEARS THEIR CORPSES AS CAMOUFLAGE. That’s so heavy metal.

20 Life Hacks That Really Won’t Help You At All
10 Reasons Why It’s Good to Be Lazy
Dave the Period Fairy: A Hero Without a Cape
Women Share The Biggest Hints That Clueless Dudes Totally Missed
13 Cringey, Weird Tattoos That Actually Exist on Real People
10 People with Ex-Friends Reveal the Biggest Red Flags in Friendships