On March 15th, the LA Galaxy MLS club kicked off the 2019-2020 season. To celebrate, the team unveiled a statue of one of their best players, and one of the world’s most recognizable athletes, David Beckham. The statue in question shows the retired midfielder mid-strike, and it’s a fitting tribute to the career of Mr. Posh Spice: 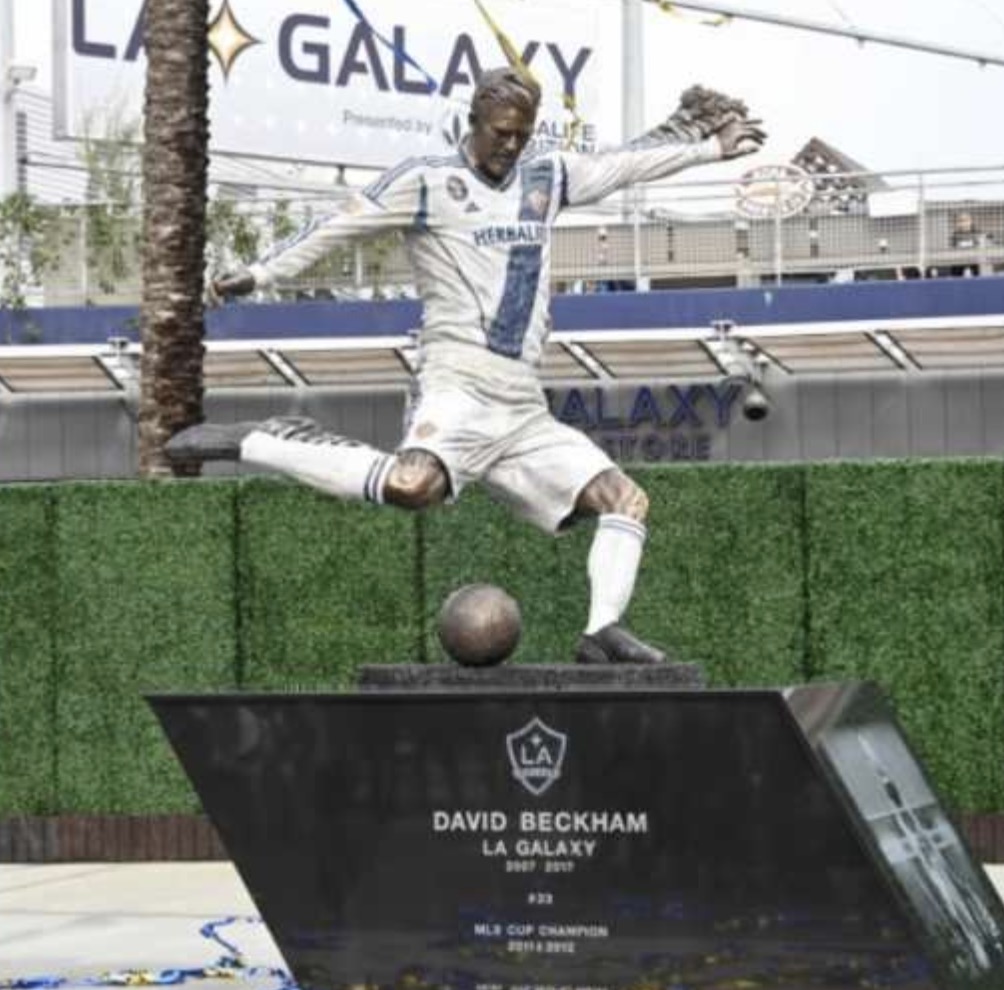 But before Beckham ever saw the statue, late night talk show host James Corden saw an opportunity for an excellent prank. Perhaps inspired by the notoriously awful real statue of another soccer legend, Ronaldo… 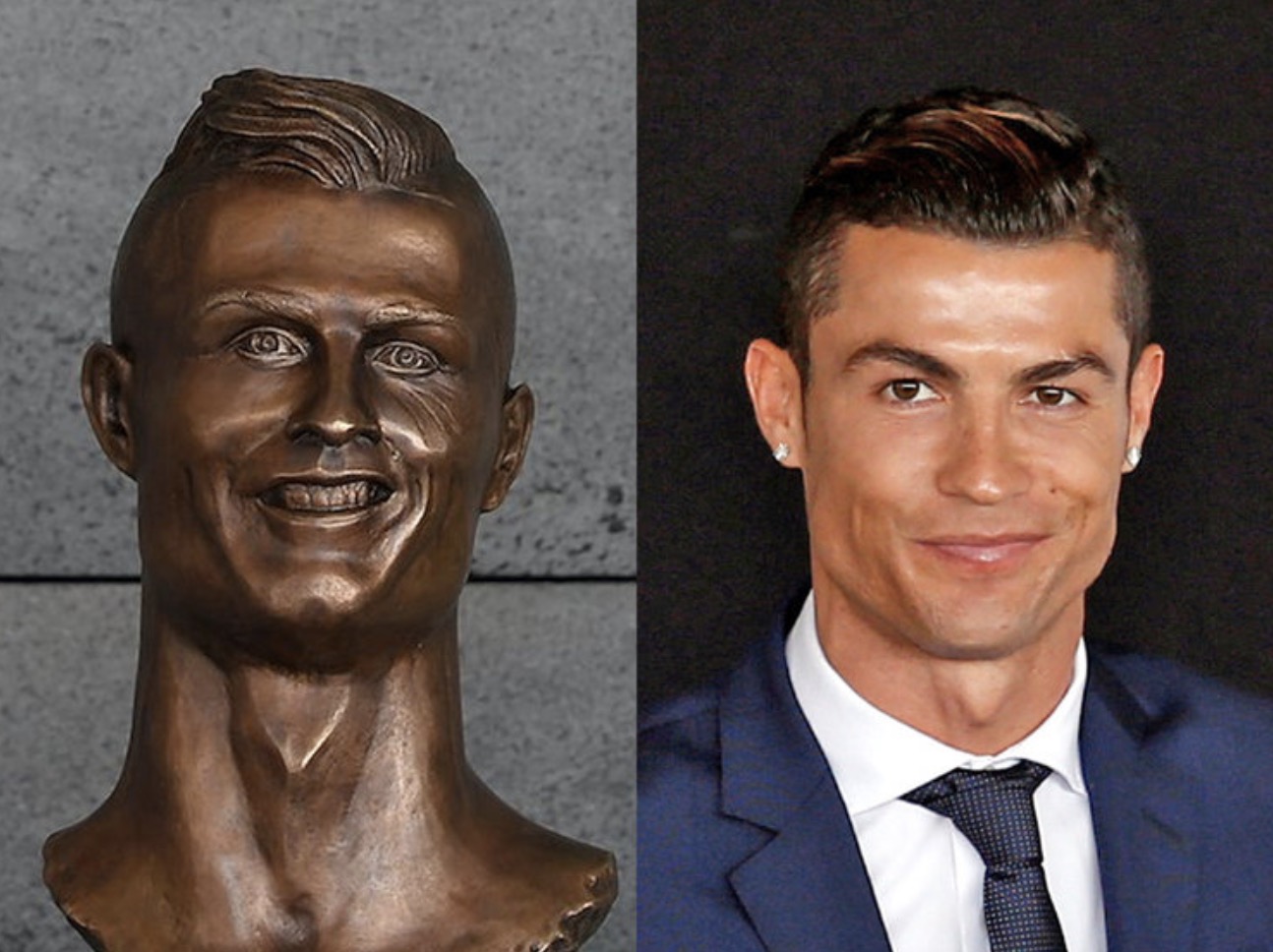 …Corden had an idea: what if they swapped out the real statue with a purposely unflattering one, and then showed it to Becks?

The process began a couple months ago. Corden and his props department drew up plans for the ugly Beckham statue, but it was trickier than you might think–the statue needed to look bad, but also realistic enough not to seem like a joke.

Corden happens to be friends with Beckham in real life. He knew that Beckham had been involved in the development of the real statue. During the concept phase, Beckham thought the real statue’s chin and butt were too big. And so, Corden had a convenient starting point for his fake. The prank statue would have more junk than Beckham’s ever had in his trunk…

After two months of work, the prank statue was ready for an unveiling. As you can see, it looks just like Beckham…if his head were stretched to about twice its normal length, and if he only had three teeth.

The statue was moved to a loading dock inside Dignity Health Sports Park, where the Galaxy play. Corden’s crew installed hidden cameras all around the loading dock, and filled it with actors posing as fans. Corden also sent a camera crew to follow Beckham, pretending to be filming him for LA Galaxy Online. On the way to the stadium, Beckham never suspects anything is amiss.

Before the unveiling, Corden told one actor to purposely annoy Beckham by getting his former Premier League team wrong, (Manchester City instead of Manchester United), and calling him “Dave” instead of “David,” which he hates. Beckham politely corrects all the errors, to no avail. 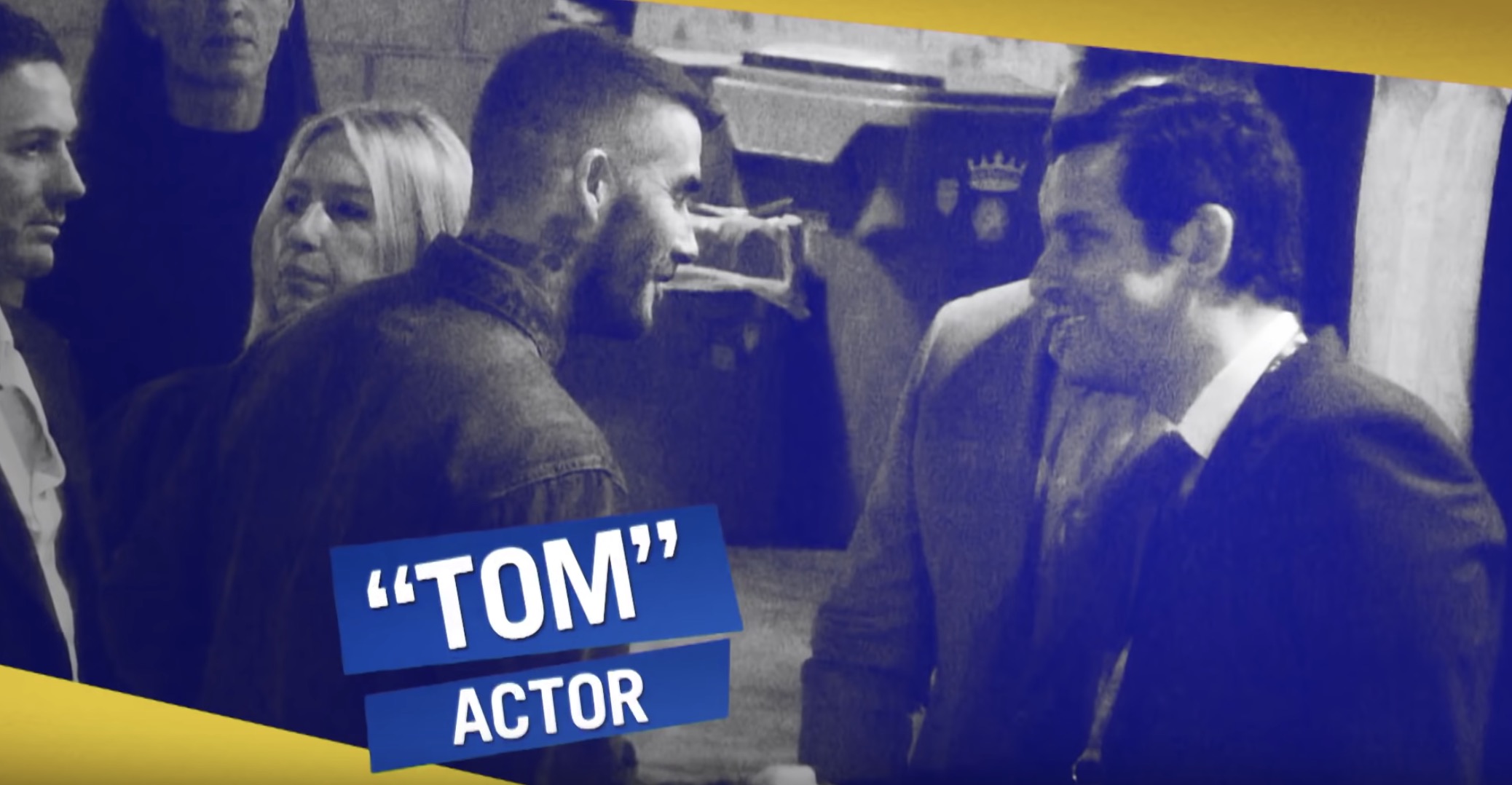 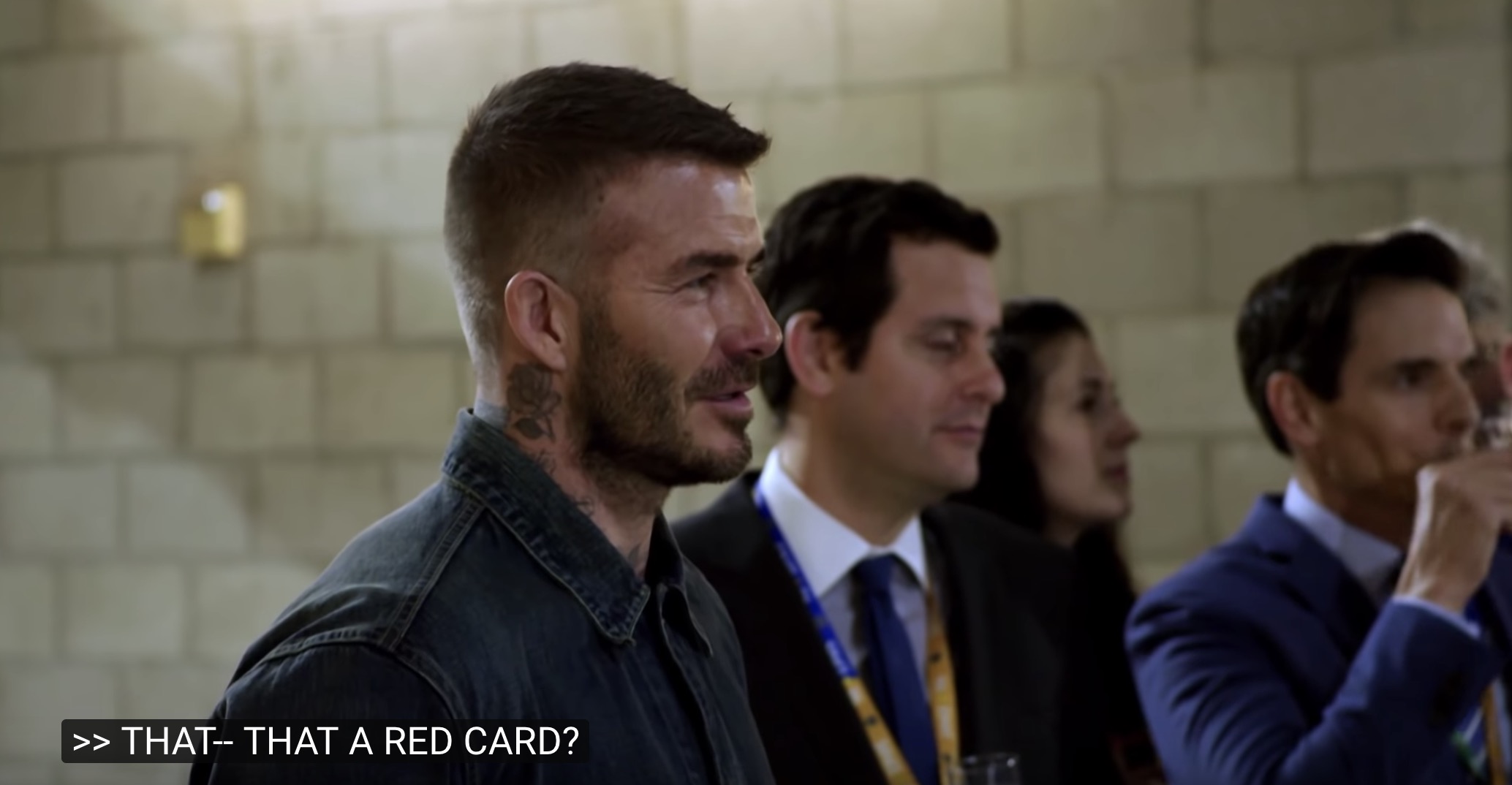 And then it was time to send in the “sculptor.” Beckham had already met with the real sculptor months ago. The fake sculptor would be played by comedian Maz Jobrani, wigged and made-up for the occasion. 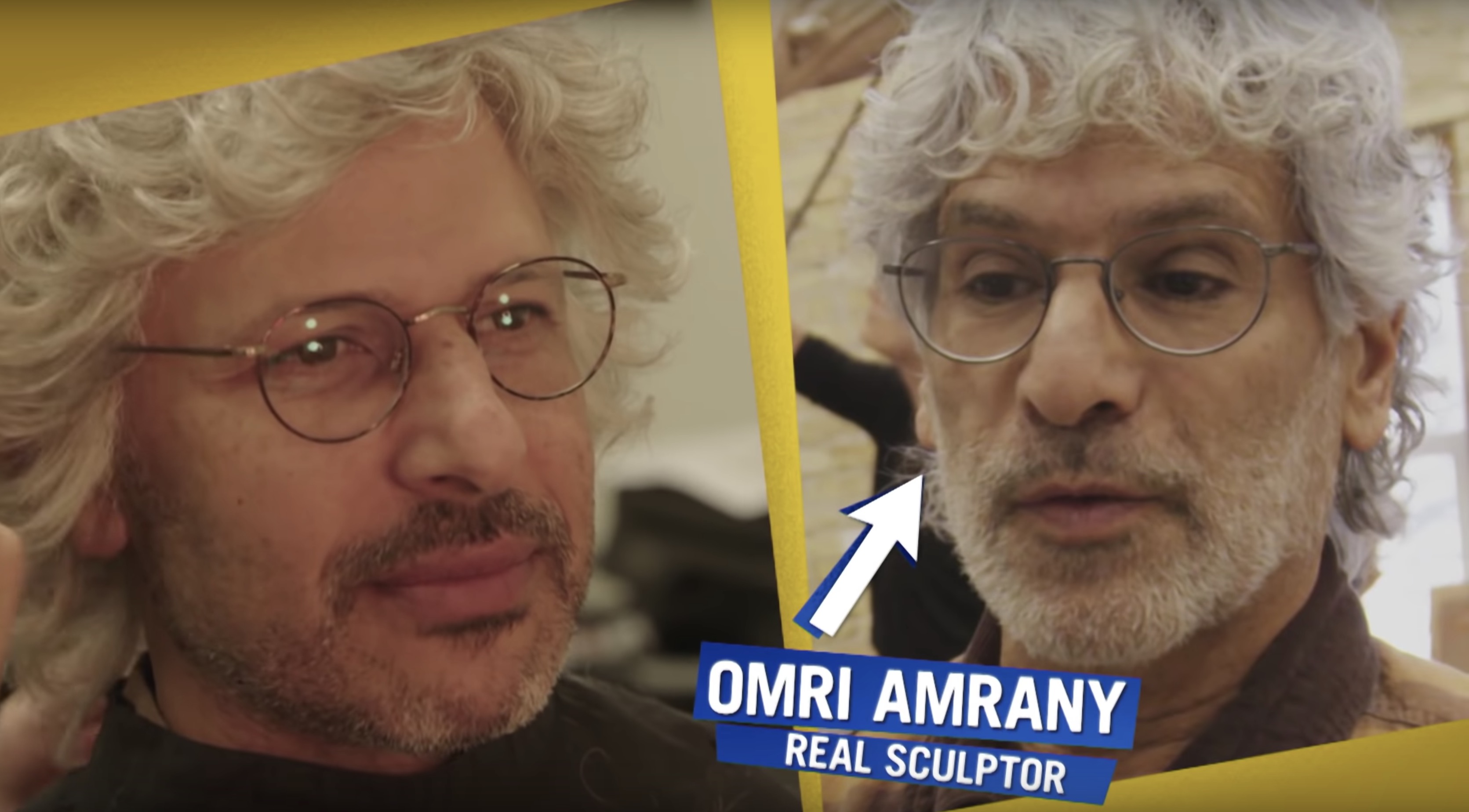 The statue was unveiled… 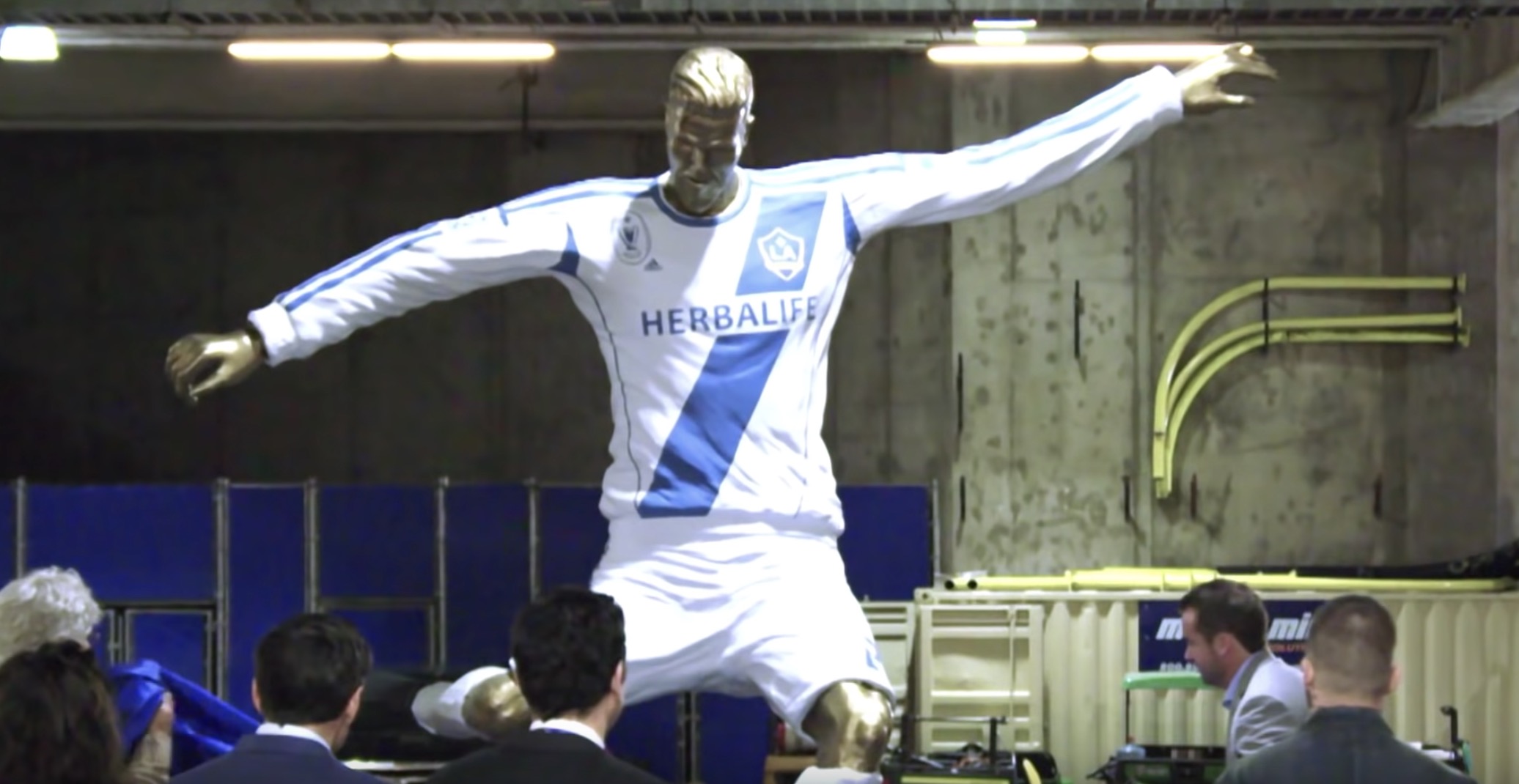 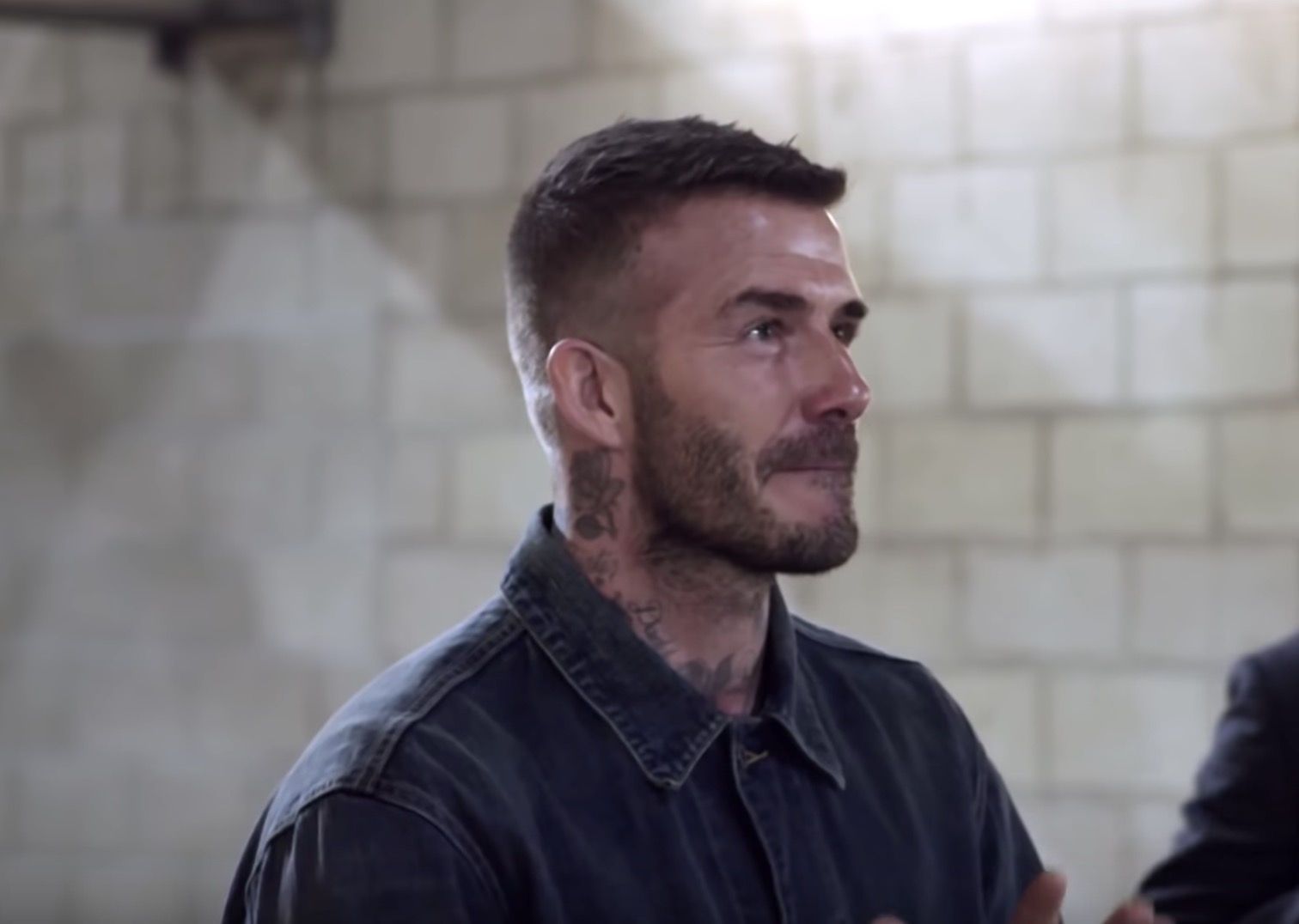 As Jobrani pointed out the sculpture’s details, Beckham suggested that it looked “slightly different than what it was in Chicago.” 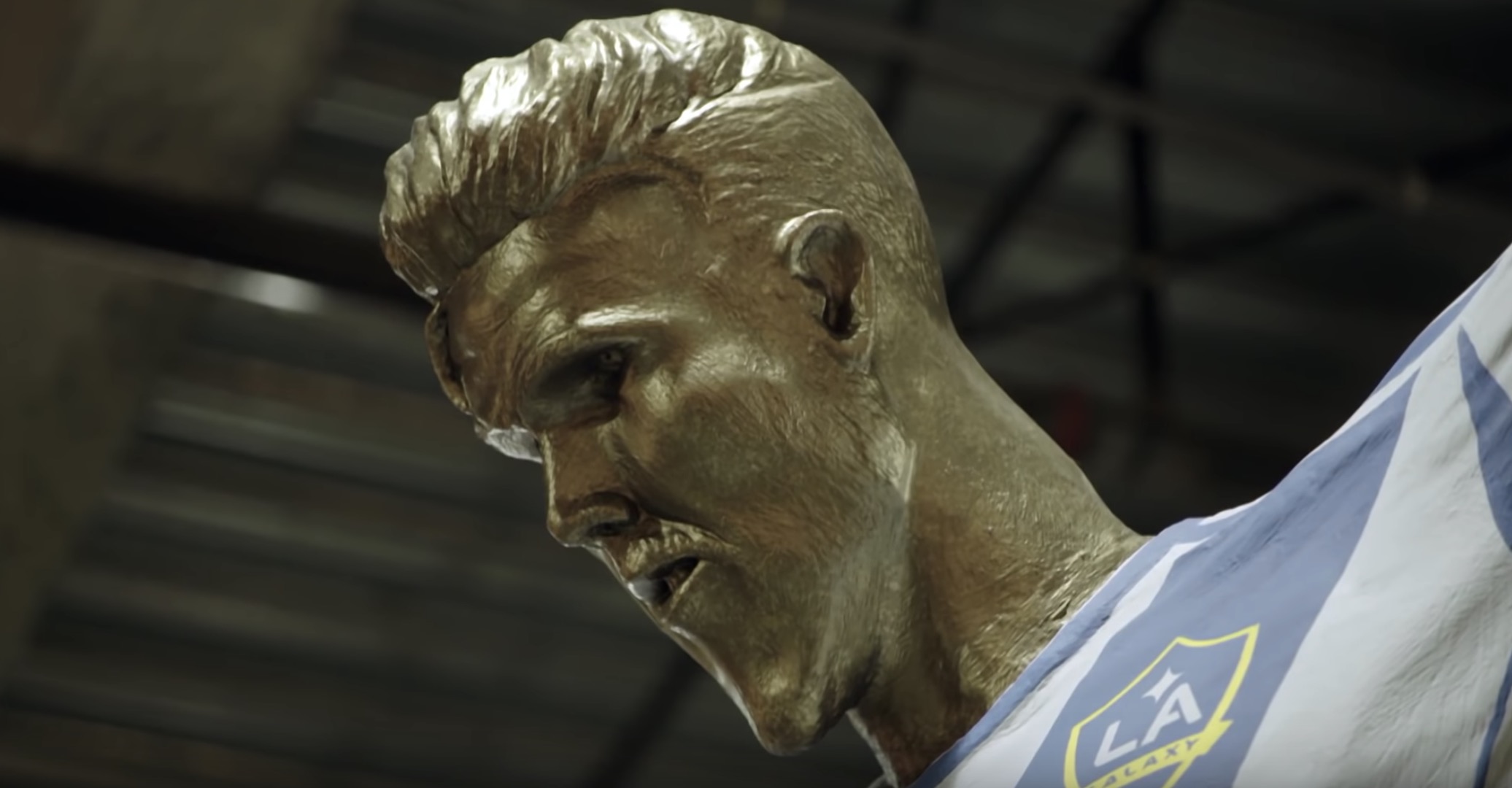 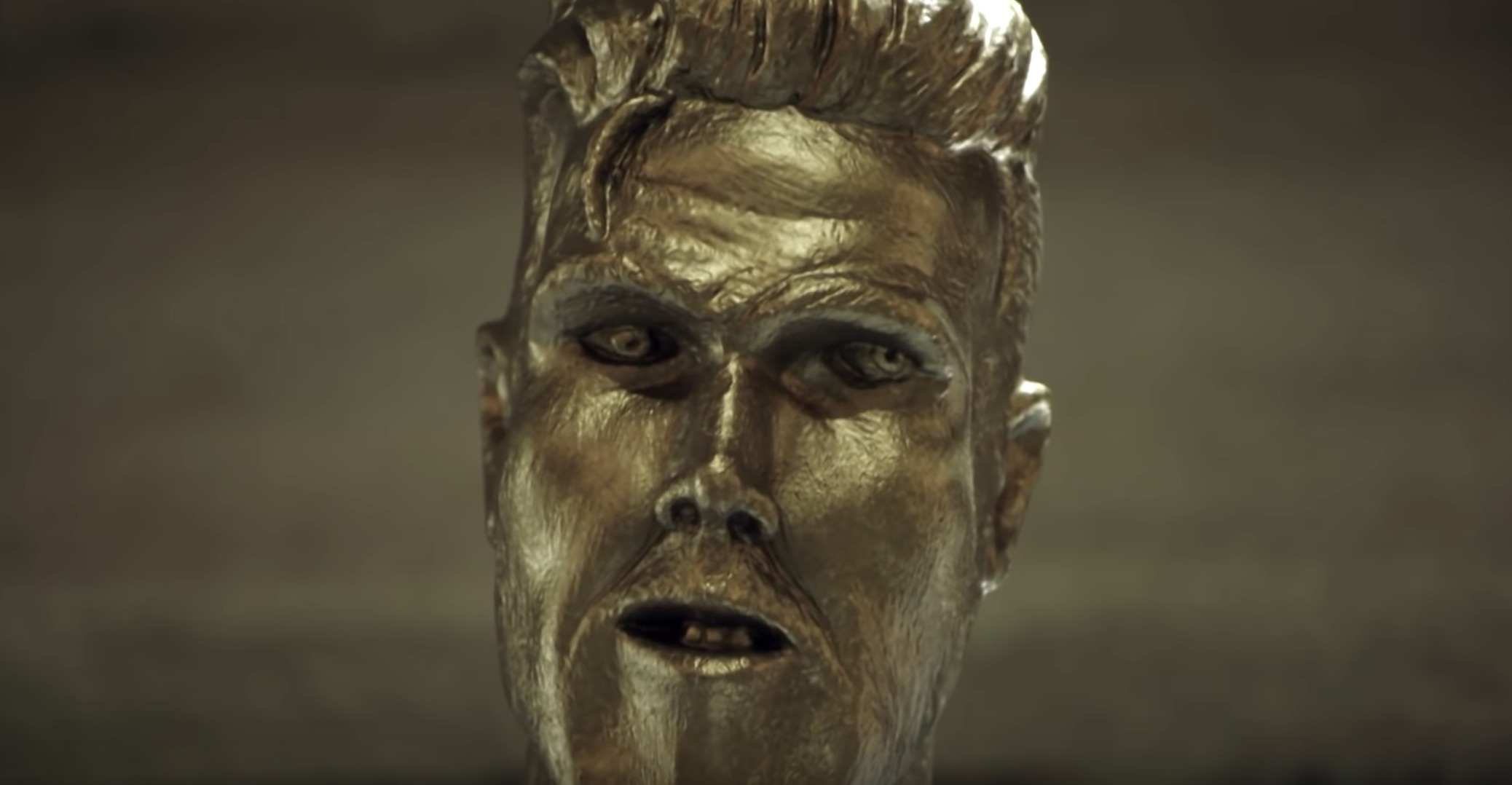 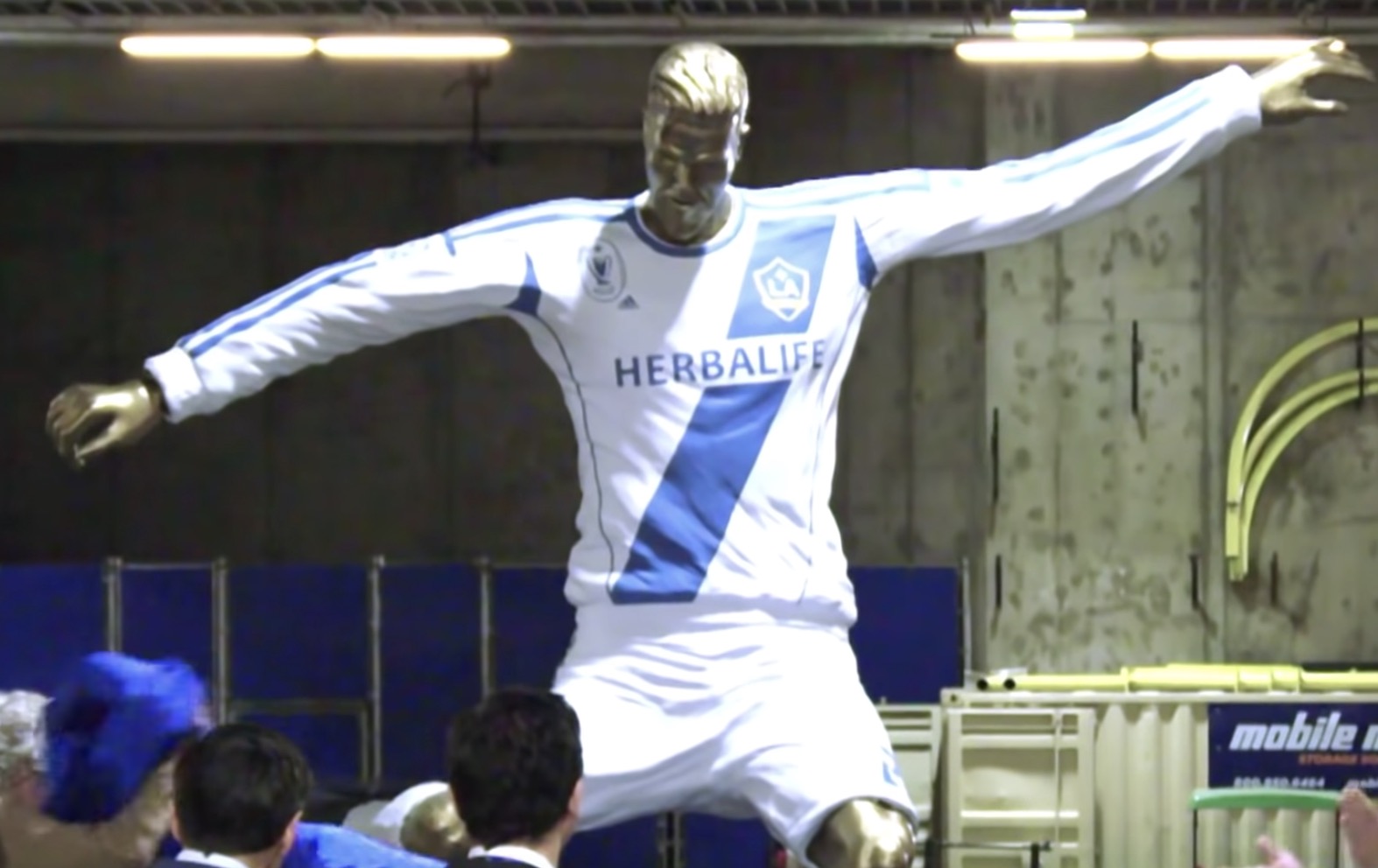 And of course, the badonkadonk… 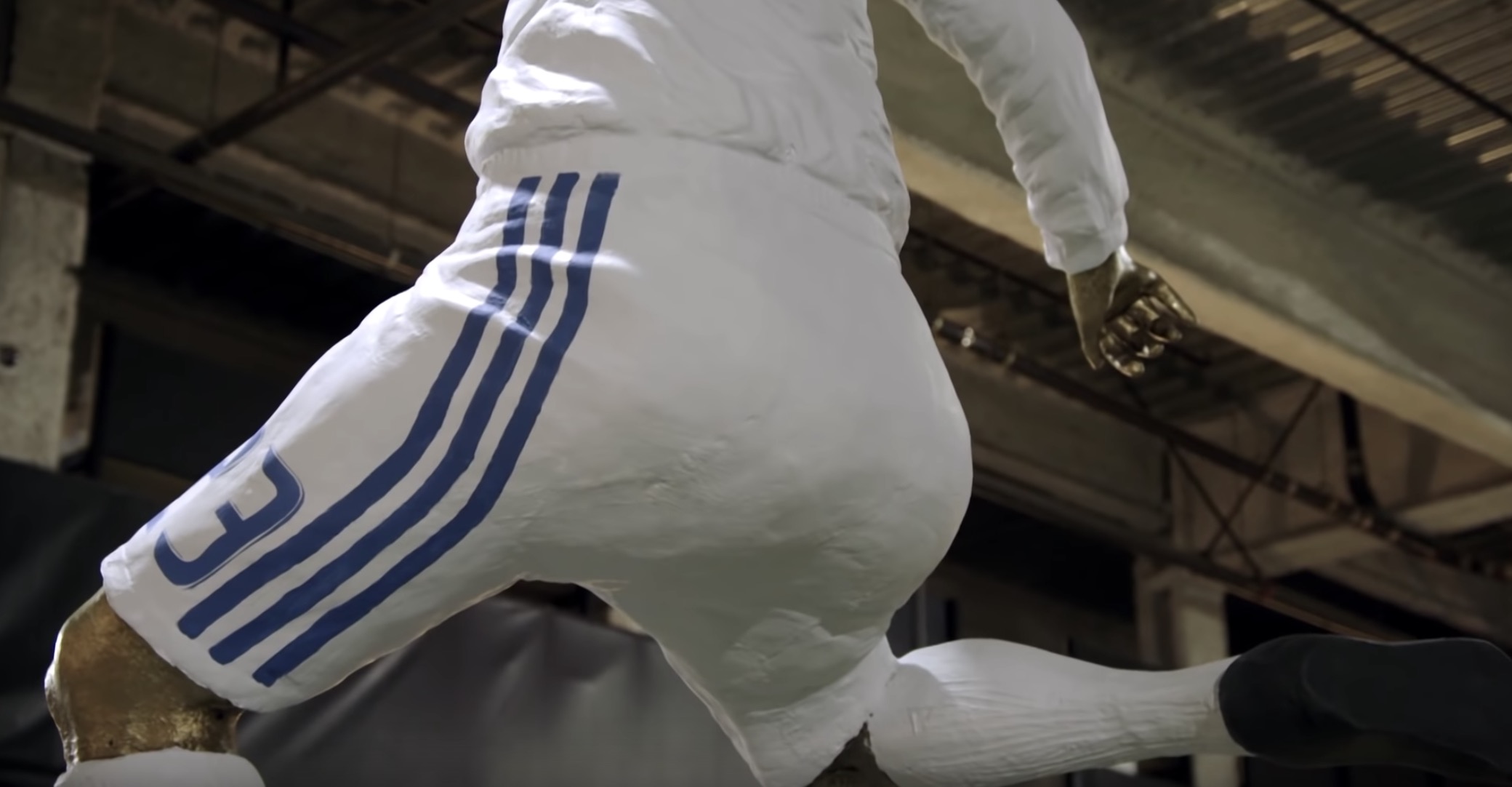 Eventually, Beckham refuses to let the statue be displayed in front of the stadium, and he asks that the cameras stop filming. A forklift prepares to move the sculpture back to the studio, and promptly knocks it over. 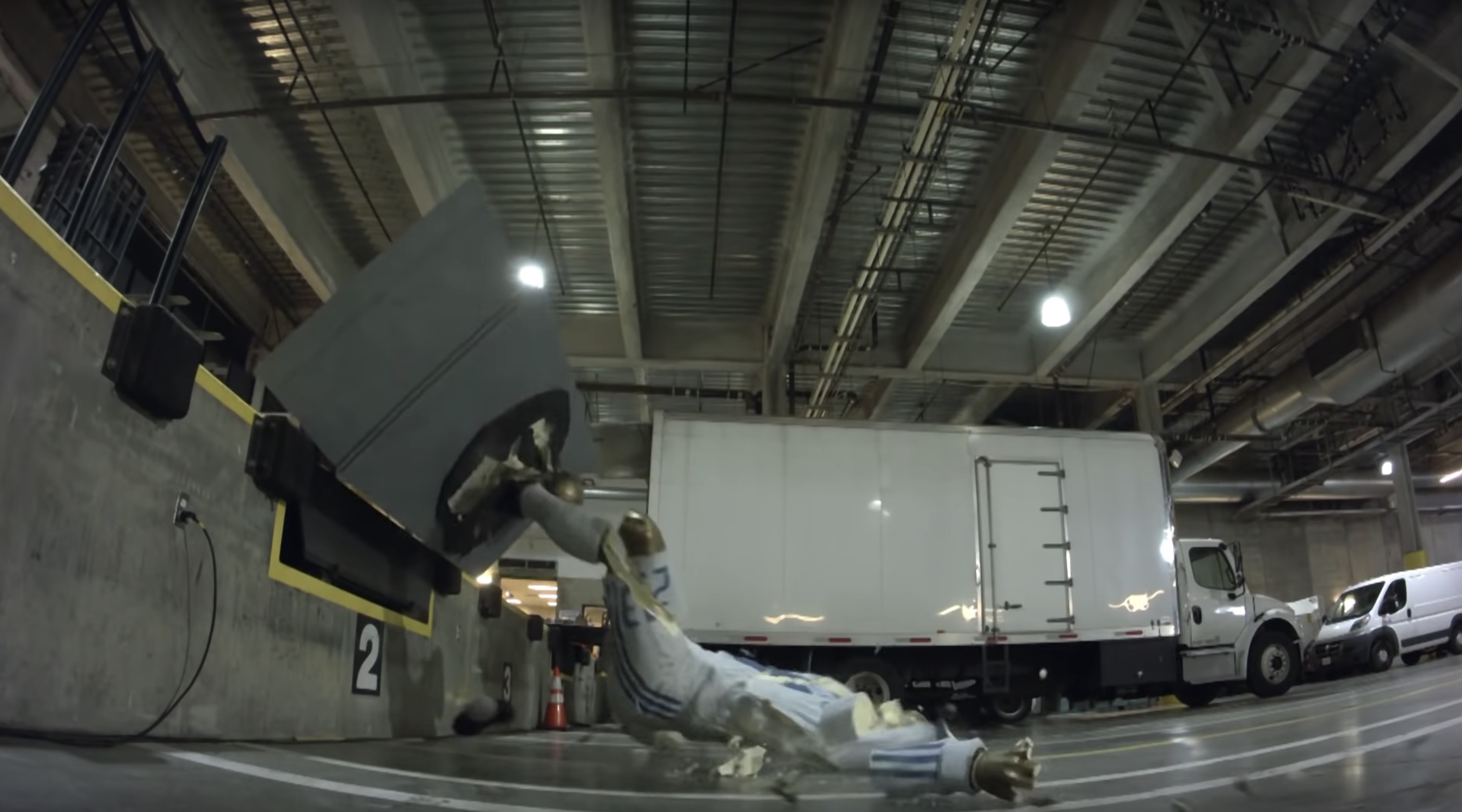 “You’ve probably done me a favor there,” Beckham remarks.

Finally, Corden runs out to look at the commotion, and Beckham realizes that he’s been had. 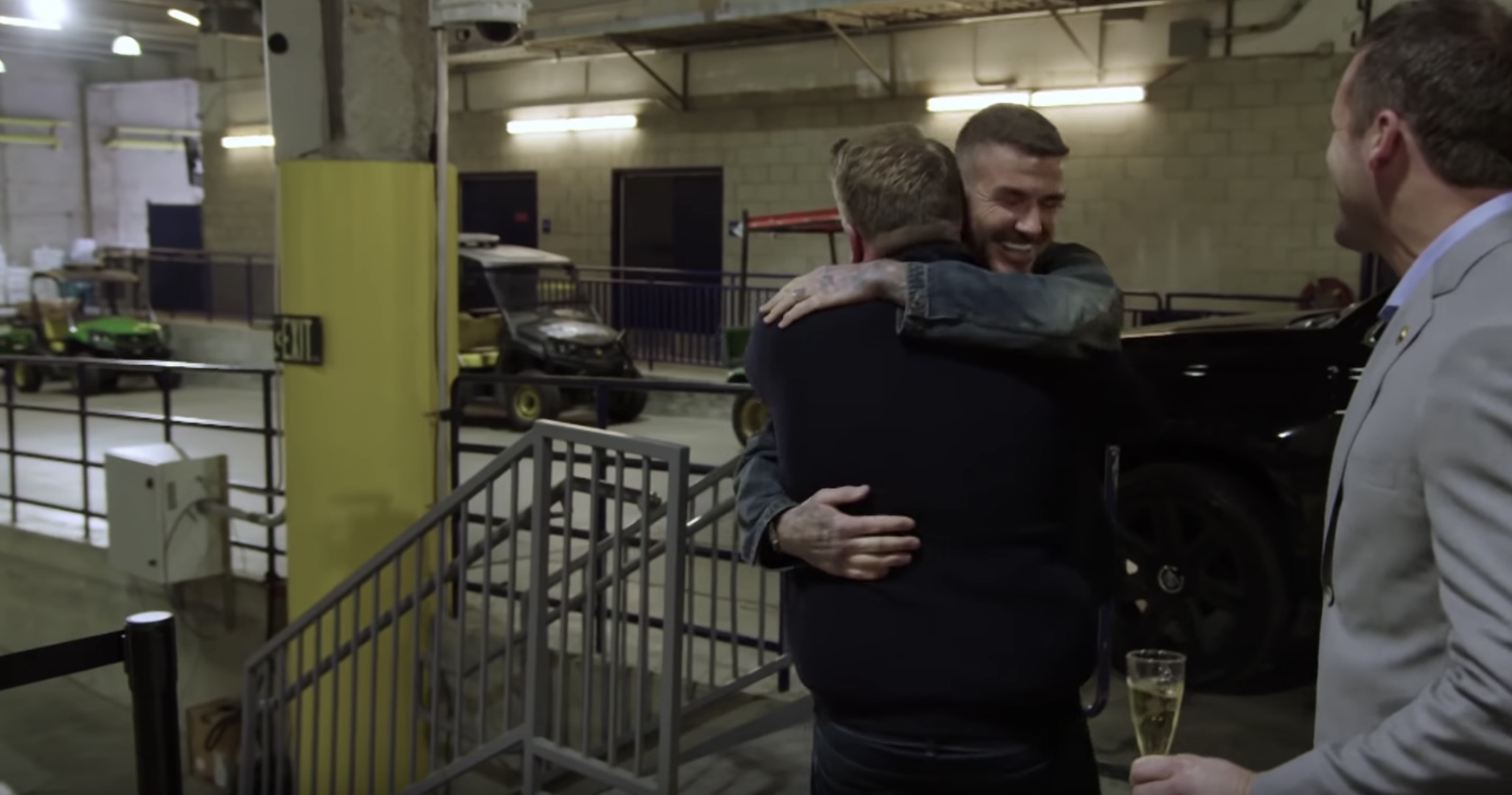 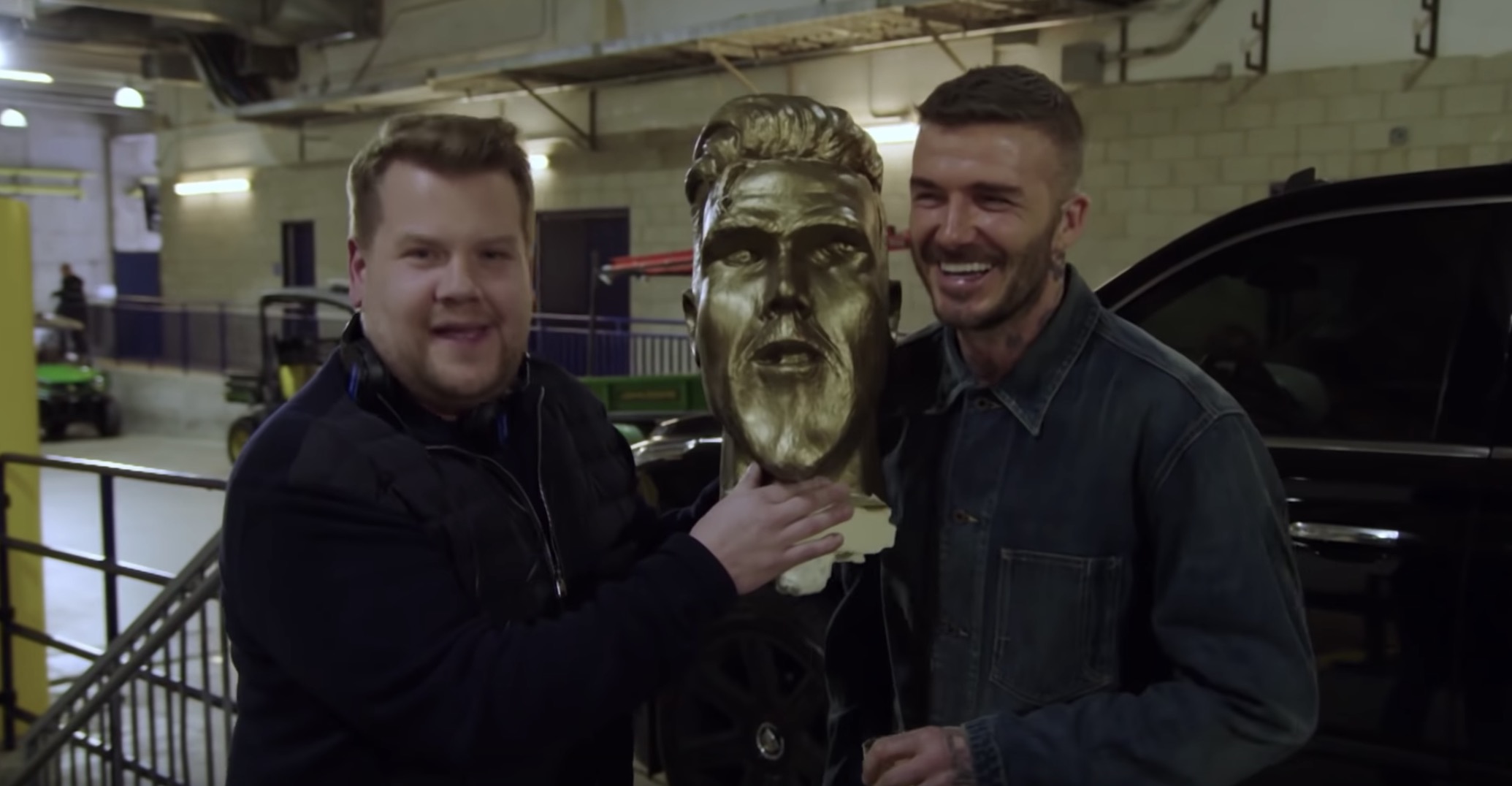 Beckham was a good sport about the prank. When the real statue was unveiled, he was thrilled. “Yesterday was an amazing day,” he wrote on Instagram. “To be able to celebrate my time at LA Galaxy with my family, my friends, the team and the fans was an incredible honour. I am so grateful and happy, thank you.” 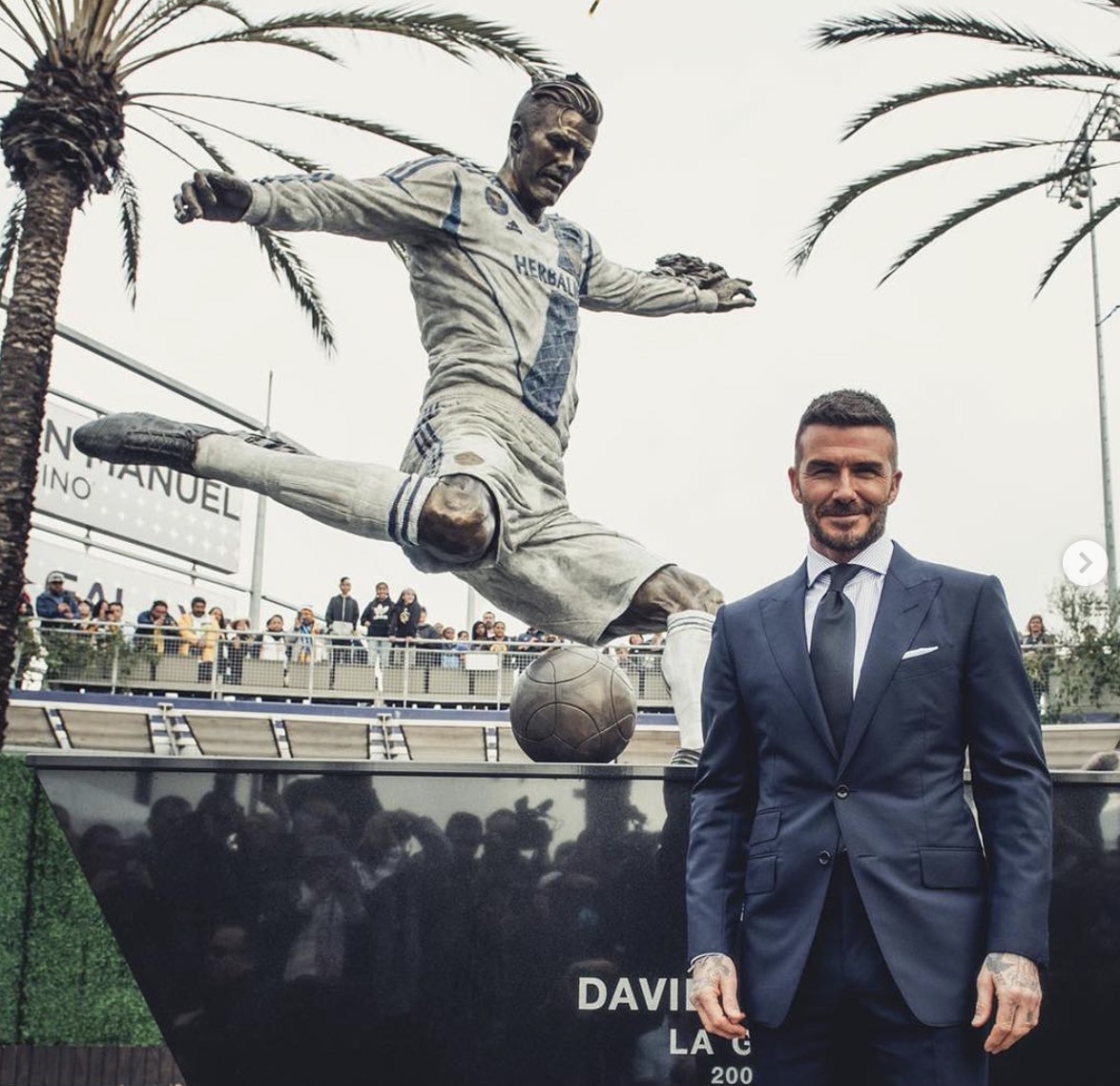 You can watch the full prank video below:

Countries of the World, Thoroughly Explained
15 Of The Most Ridiculous Things People Have Said In Courtrooms
Enjoy These Memes About Your Summer Vacation
These Hilarious 1980s Wendy’s Training Videos Will Make Your Day
15 Times Elf On A Shelf Got Weird
Before and After Adoption Photos of Cats That Will Melt Your Heart