15 Posts Of Millennials Defending Their Generation From Baby Boomers’ Criticism

Right now, the target of most inter-generational ire is millennials, aka the generation born between the early 1980’s and the late 1990’s/early 2000’s. According to freaked out baby-boomers, millennials are both so coddled that they literally can’t function in the real world, while simultaneously so destructive that they’re bringing about the end of the world.

Millennials get flak on all sides, especially on social media. Debating the issue is futile. Instead, the only tactic that works is a well-crafted zinger.

So if you’re a millennial who just wants to enjoy your avocado toast without being accused of the downfall of civilization, here are 15 comebacks and jokes to give you a little inspiration. Best of all, they’re gluten free! That’s a thing millennials care about, right?

If I had a dollar for every time a BabyBoomer complained about my generation, I’d have enough money to buy a house in the market they ruined 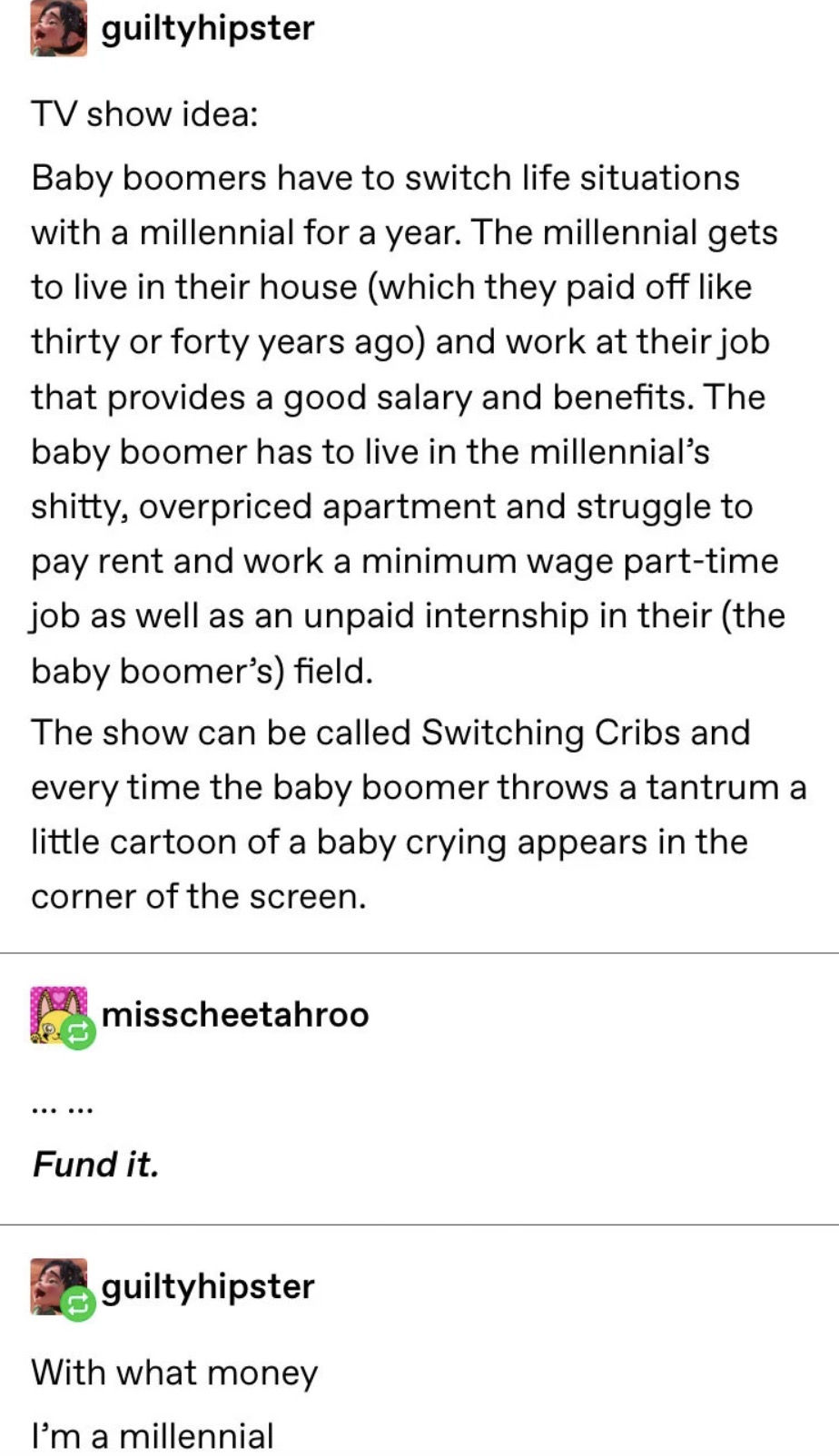 Maybe if millennials spent less on brunch and more on particle physics research they could travel to 1974 and afford a house. Just a thought

5. “Retirement” is a strange old fashioned word, like “corset.”

6. The truth about brunch.

My generation loves brunch because it’s two hours of distraction from the fact we’ll never own real estate.

8. Blamed, from the cradle to the grave.

baby boomers: “The youth of today is so disrespectful.”

also baby boomers: “I asked for a burger with only ketchup, but you didn’t put pickles on it and I like pickles, so I’m gonna need to scream at you until your manager offers me a coupon for a free large coffee.”

12. Our generations will only know peace when everyone is offended.

There should be a millenial edition of Monopoly where you just walk round the board paying rent, never able to buy anything.

14. For something called The Economist, they don’t seem to have a firm grasp on economics.

There should be a millenial edition of Monopoly where you just walk round the board paying rent, never able to buy anything. 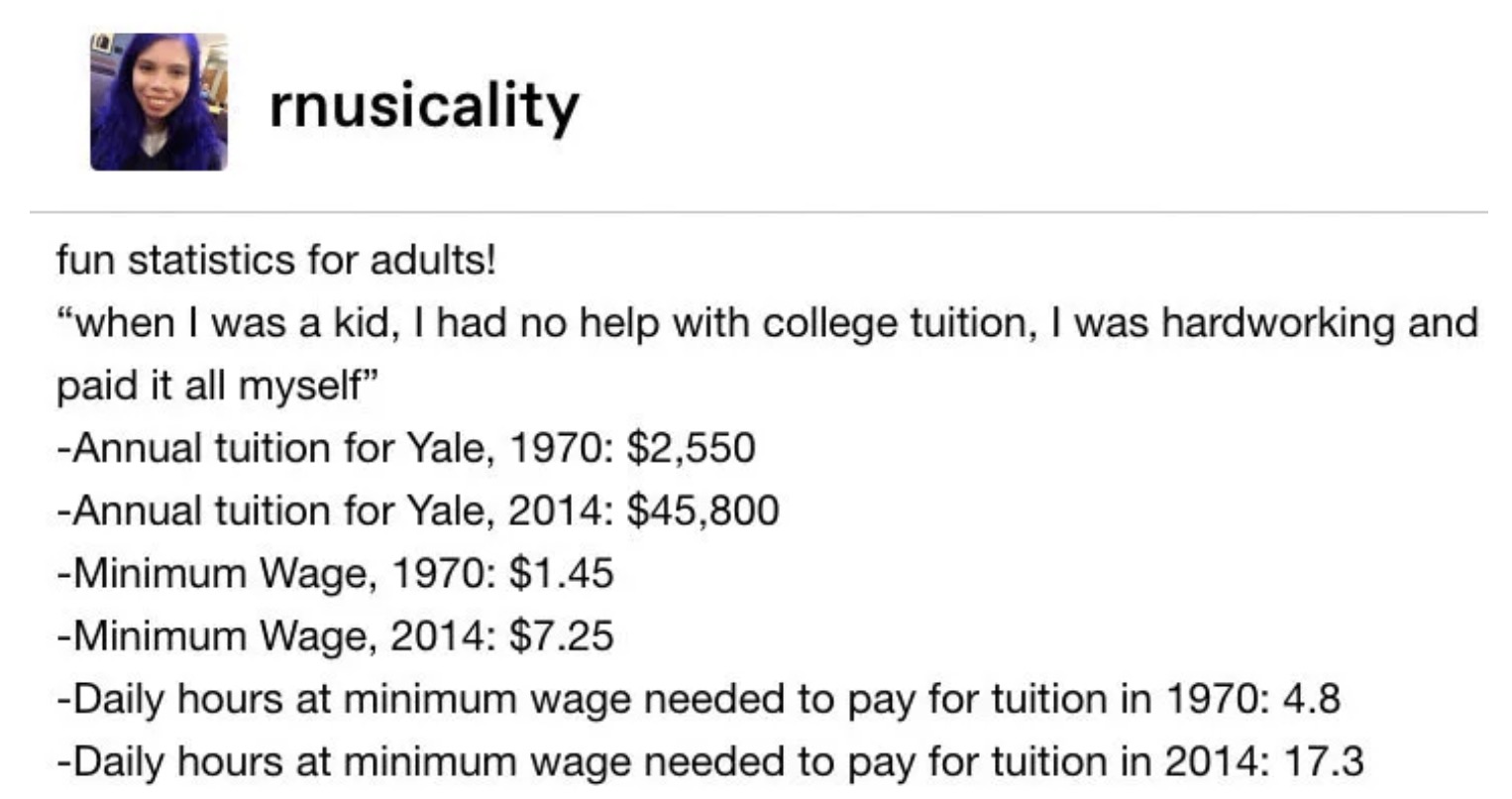