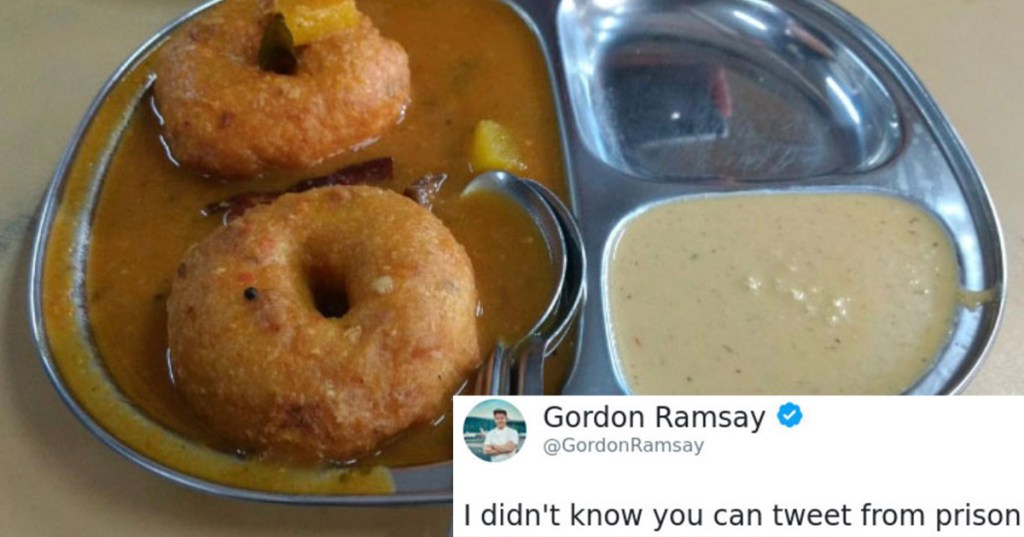 Gordon Ramsay is famous both for his cooking abilities and for his fiery temper. It’s easy to see why his first two TV shows from the early 2000’s, Gordon Ramsays’s Kitchen Nightmares and Hell’s Kitchen, were big hits. Put a famously temperamental person (like Ramsay) in a place where things constantly go wrong (like a kitchen), and you’ve got TV gold.

But Ramsay isn’t just popular because he’s brutally honest on TV. He’s popular because that really seems to be who he is in real life. Just look at the way he responds to fans on Twitter. For years, amateur chefs have been sending Ramsay pictures of their culinary creations asking for his professional opinion, only to watch Ramsay rip them to shreds. His burns are so funny that some people want to be insulted, sending him photos of purposely bad dishes with the hopes he’ll roast them. Basically he’s the food version of Don Rickles.

It’s hilarious to see a professional chef blasting someone so clearly below his own skill level. Even better, Ramsay does it in a tongue-in-cheek way, so nobody’s really having their feelings hurt.

Read below for some culinary scorchers, (via Bored Panda), from one of the all-time great roast masters.

1. We were all thinking it. 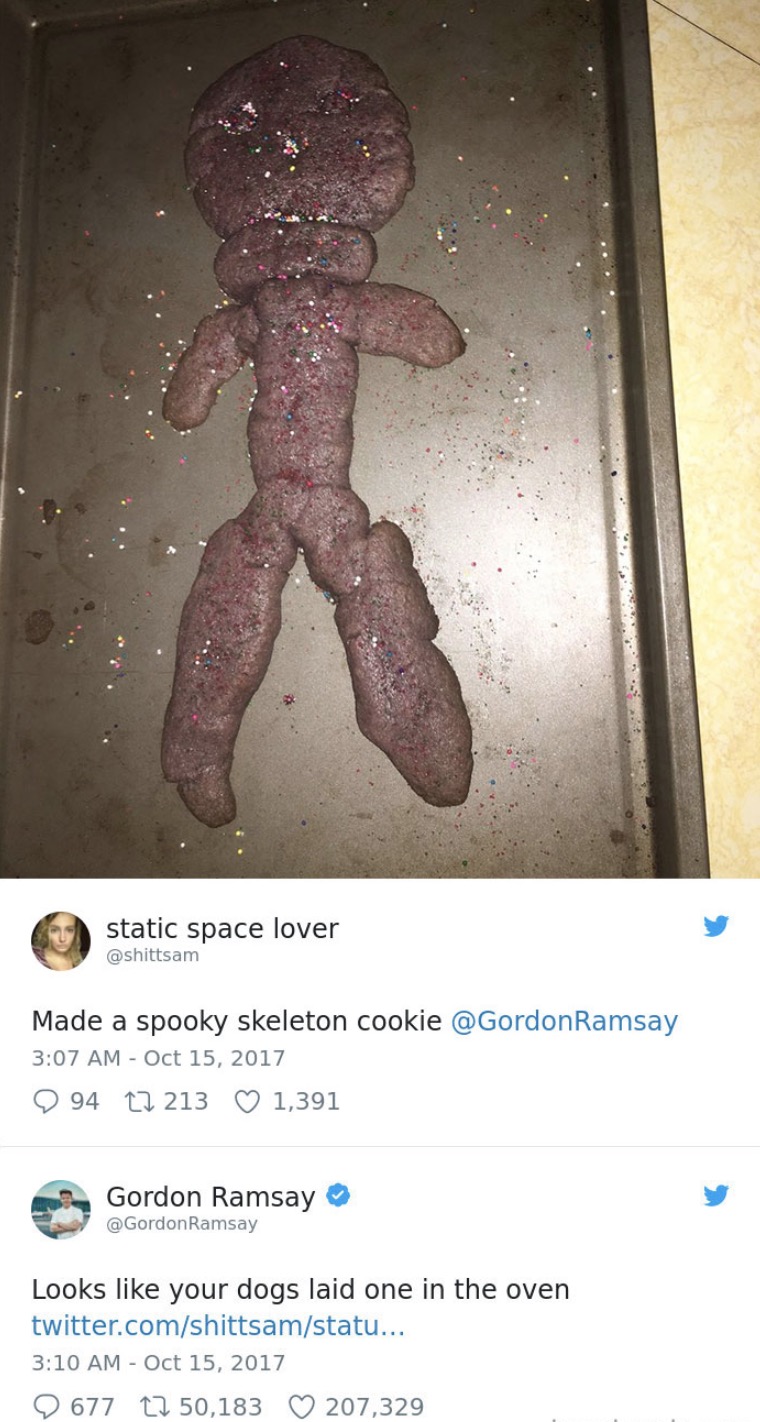 2. Not even Grandma is spared. 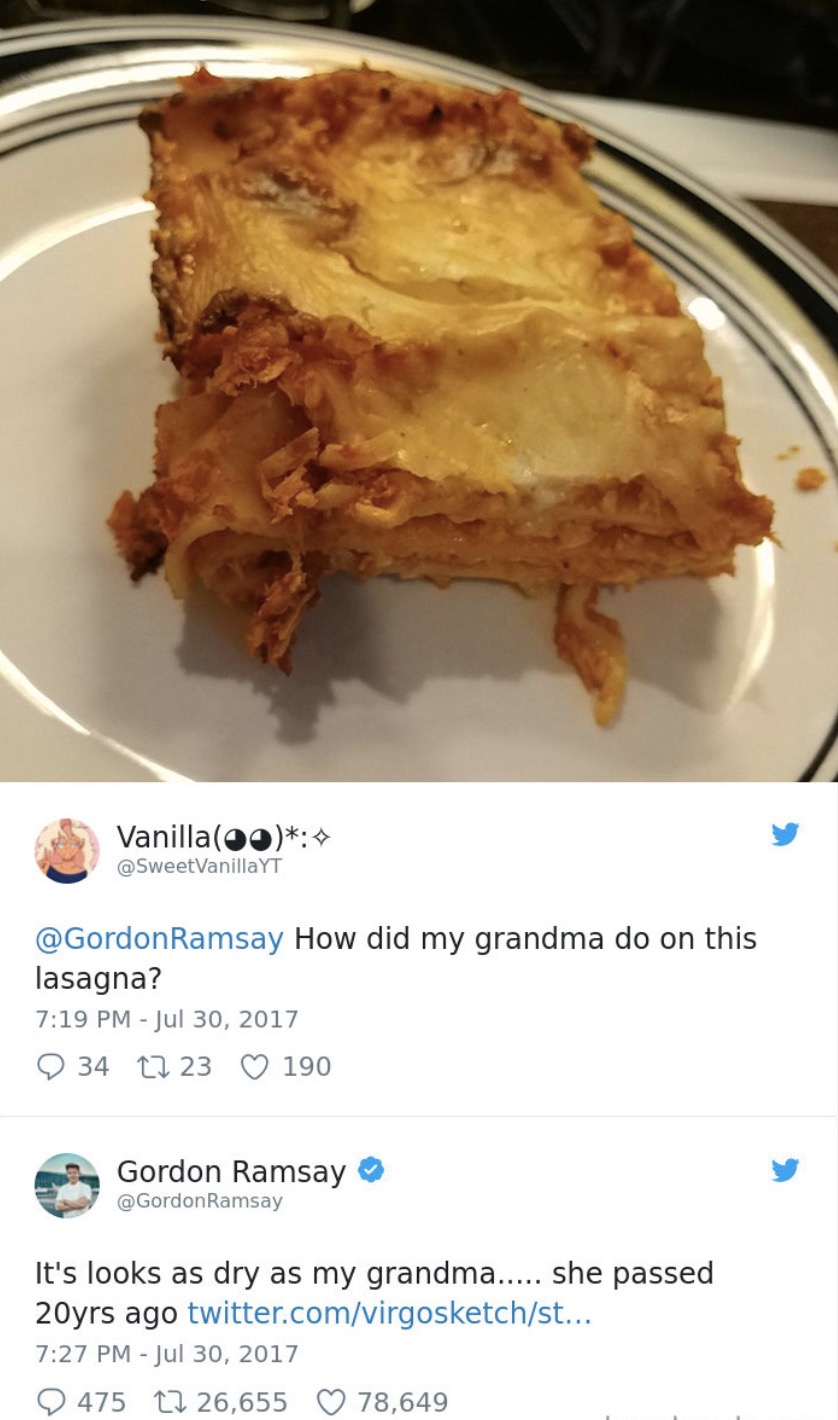 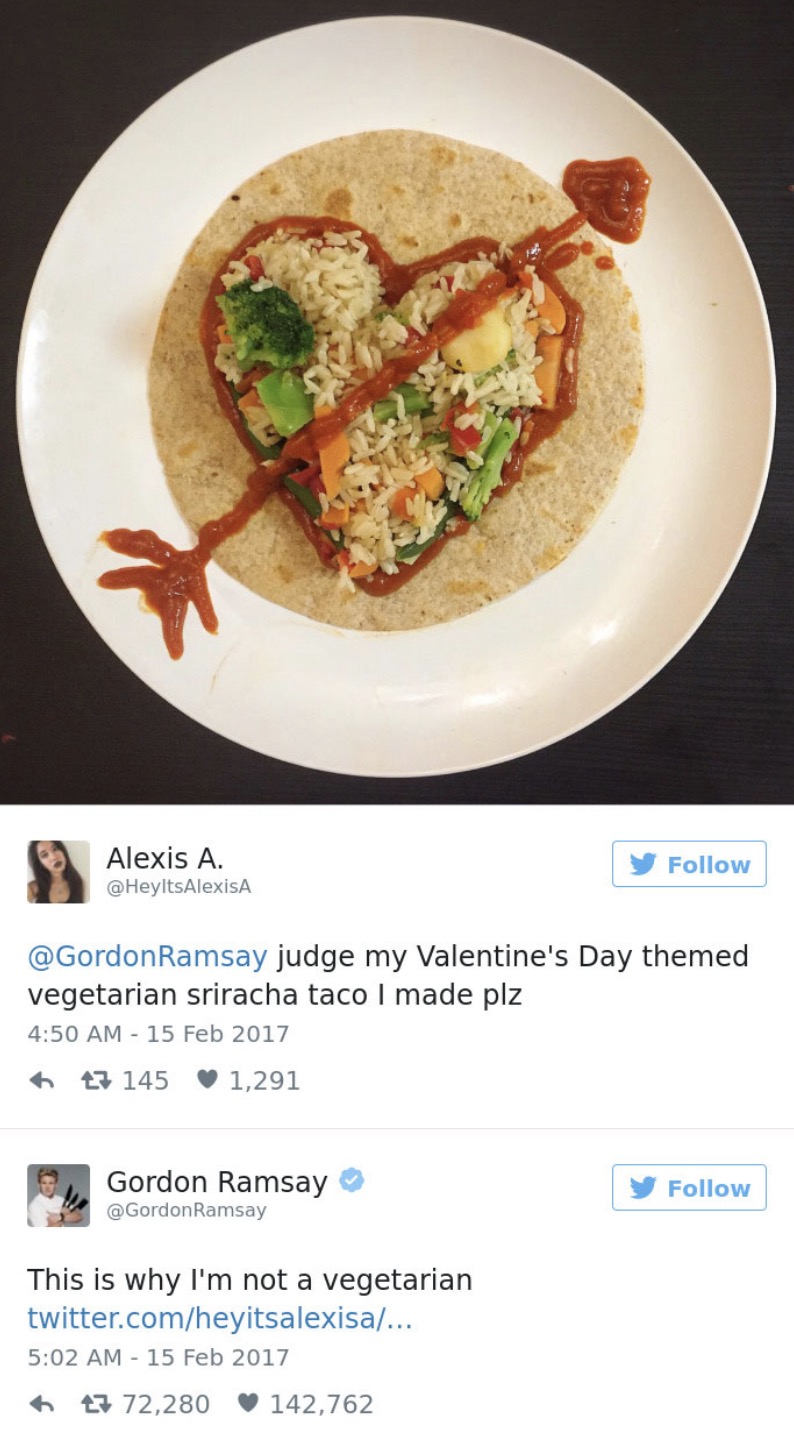 4. School is in session. 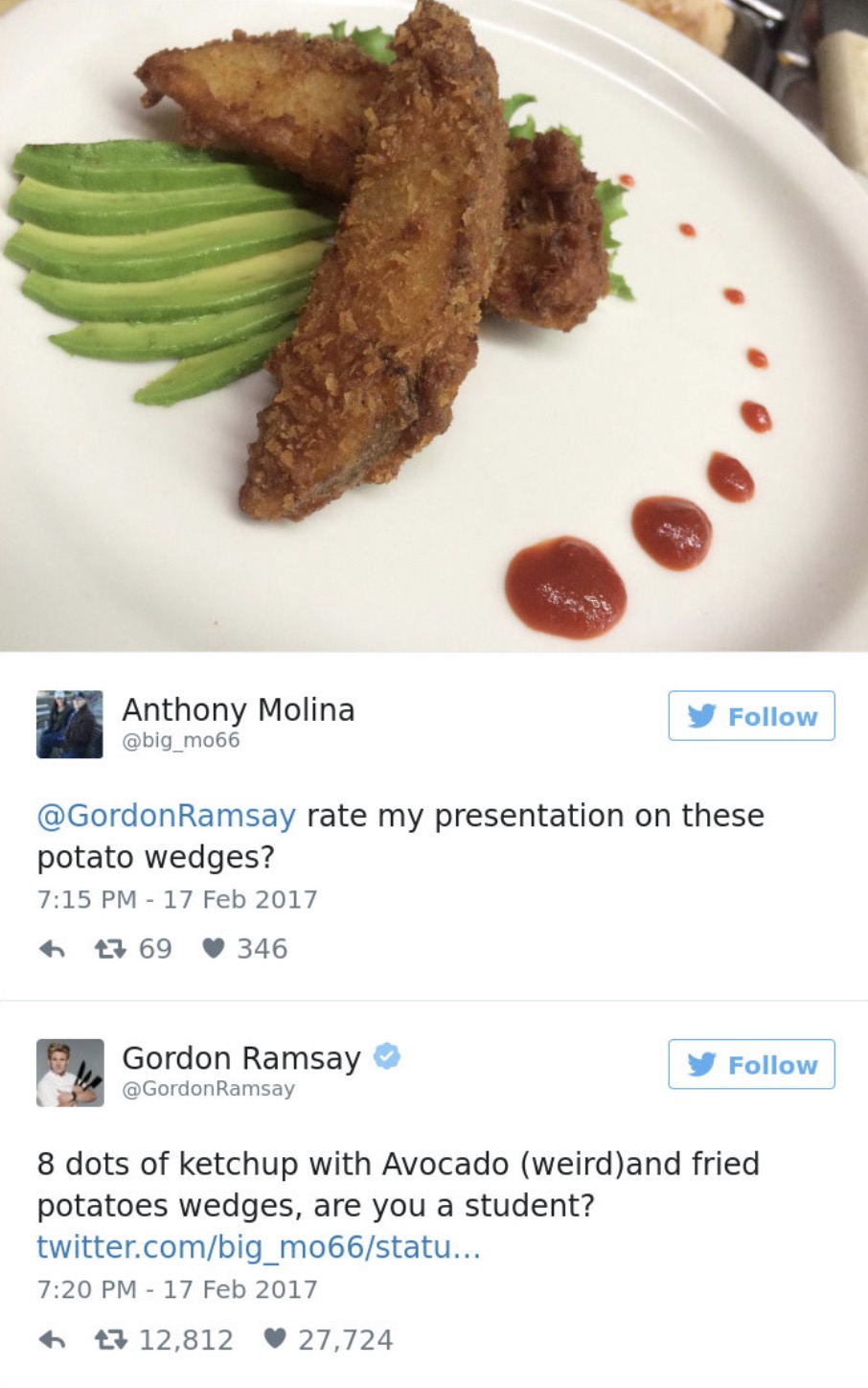 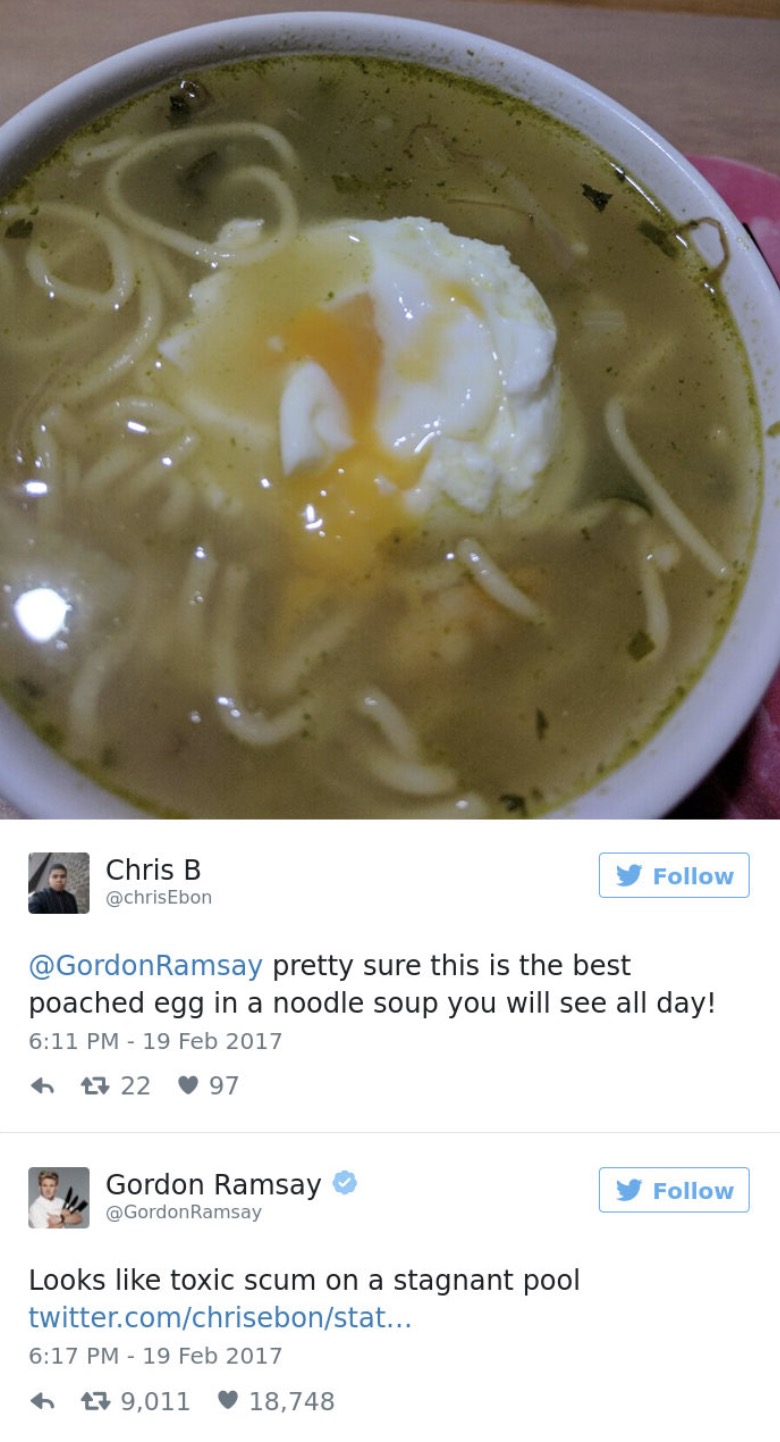 6. It’s now the least important meal of the day. 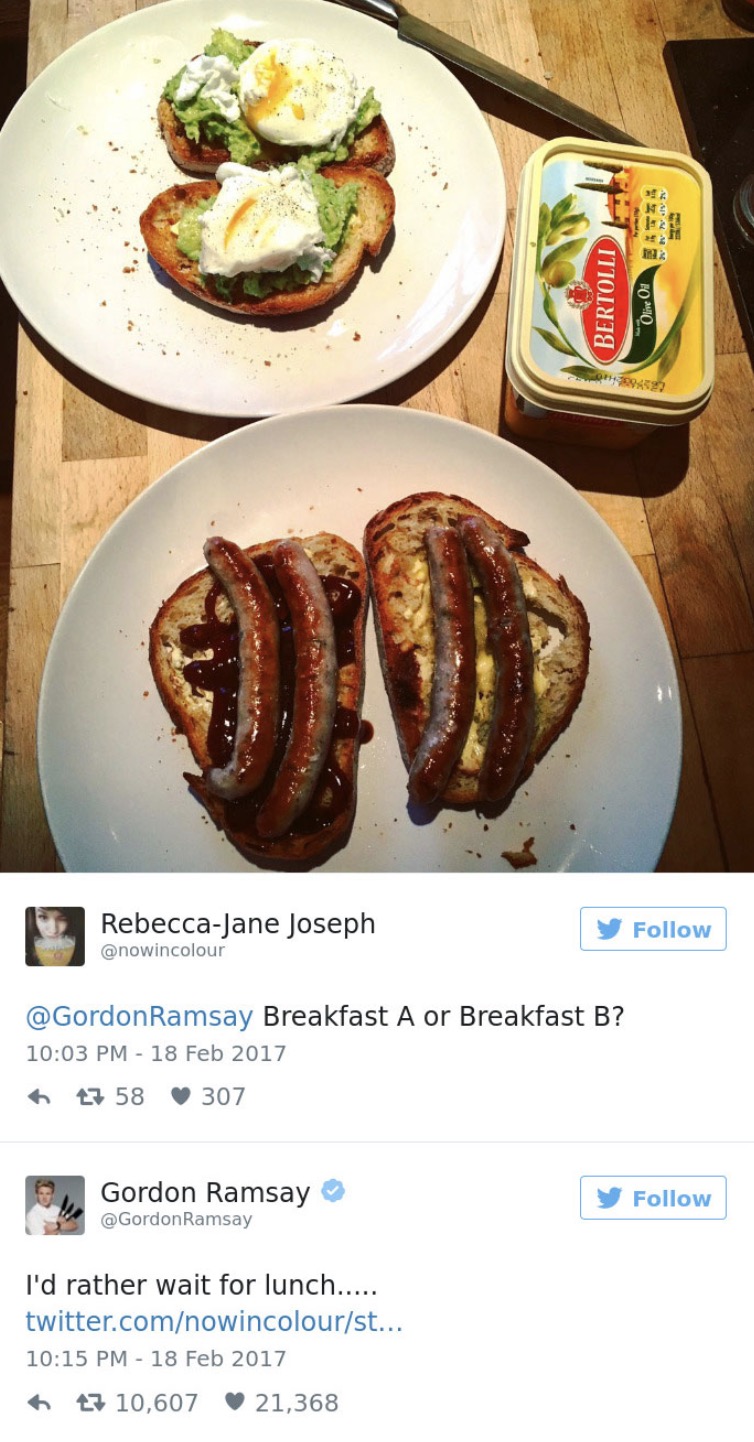 7. We apologize in advance for your permanent loss of appetite. 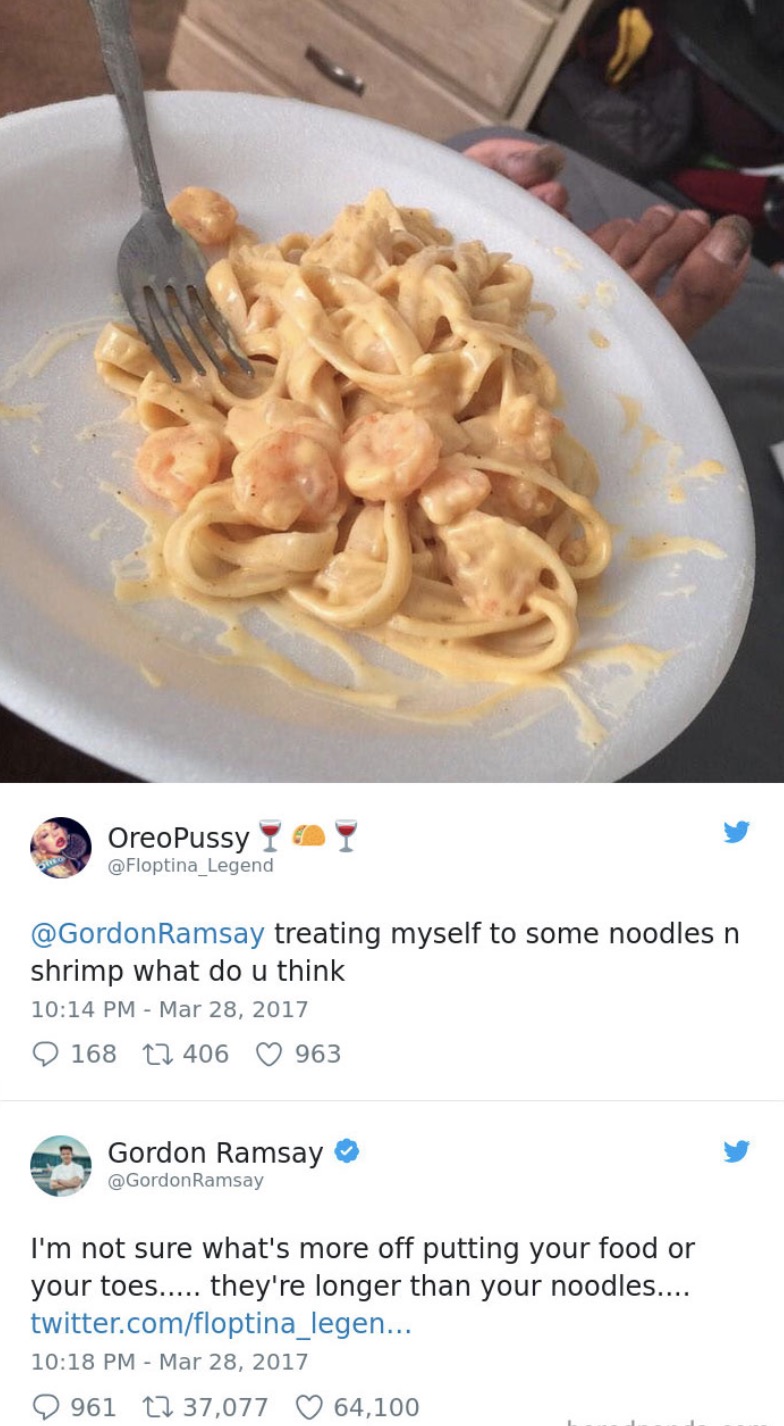 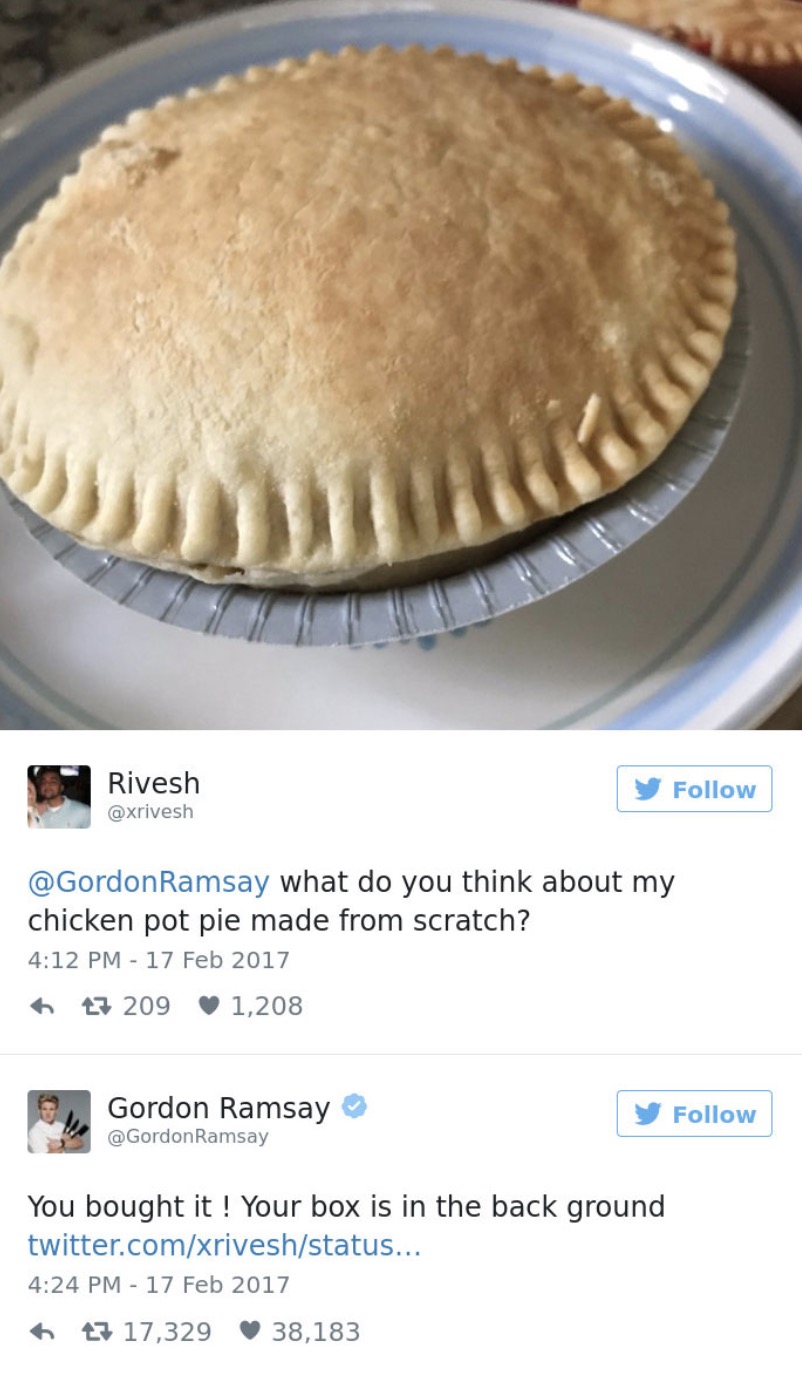 10. Does your dinner have an AARP card? 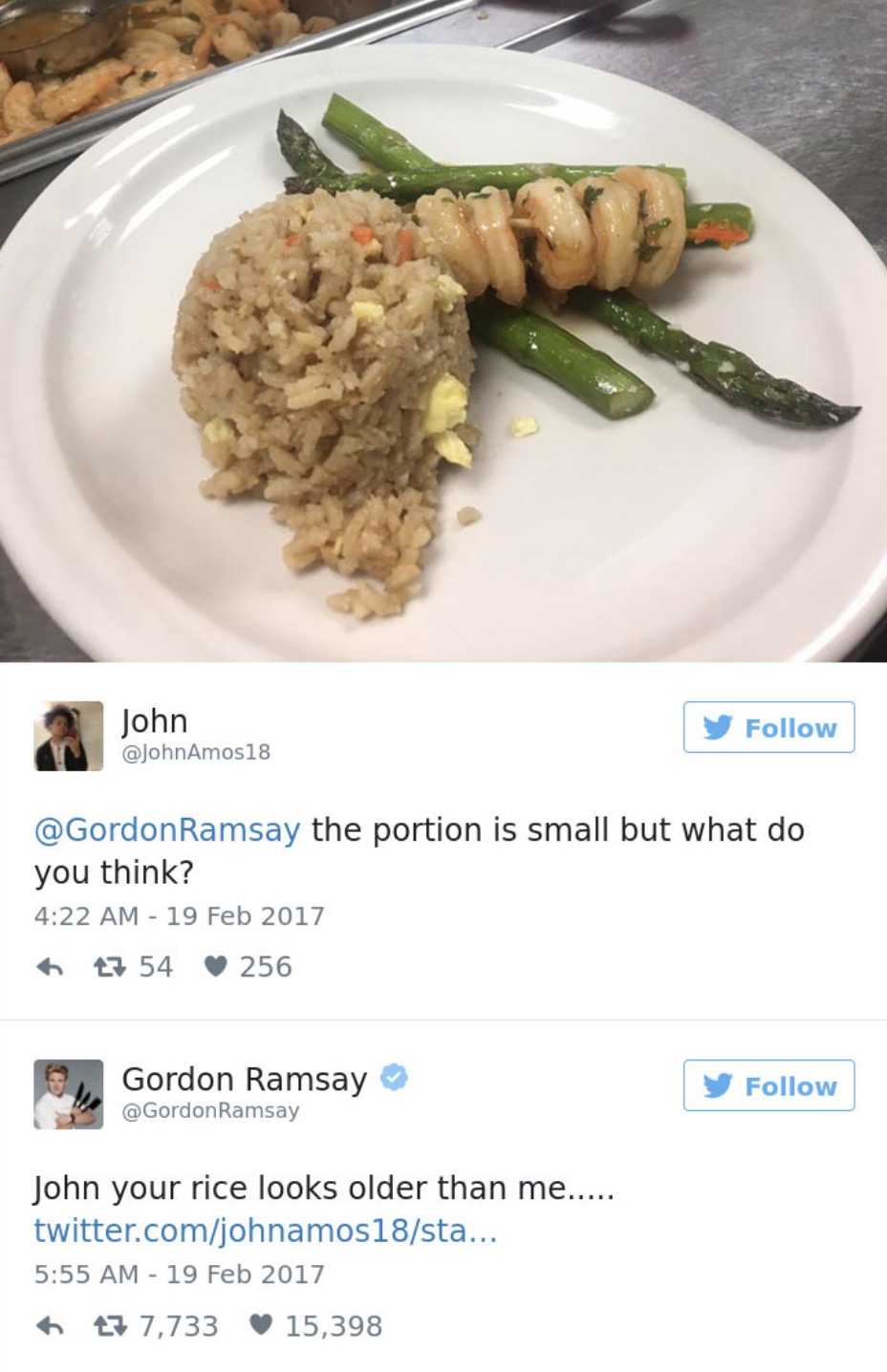 11. Luckily she has nine months for her self-esteem to recover. 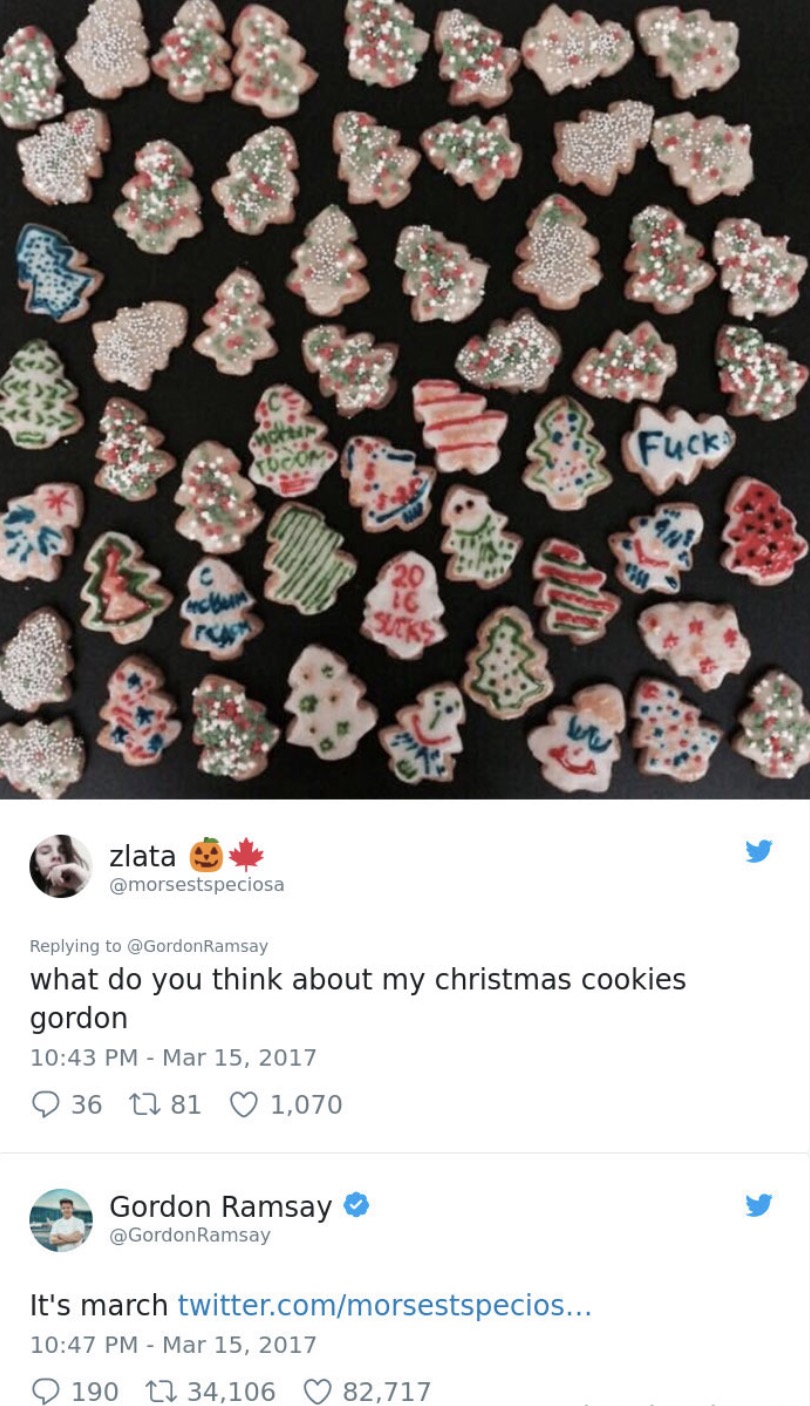 12. Would you like your steak medium-well, well done, or cremated? 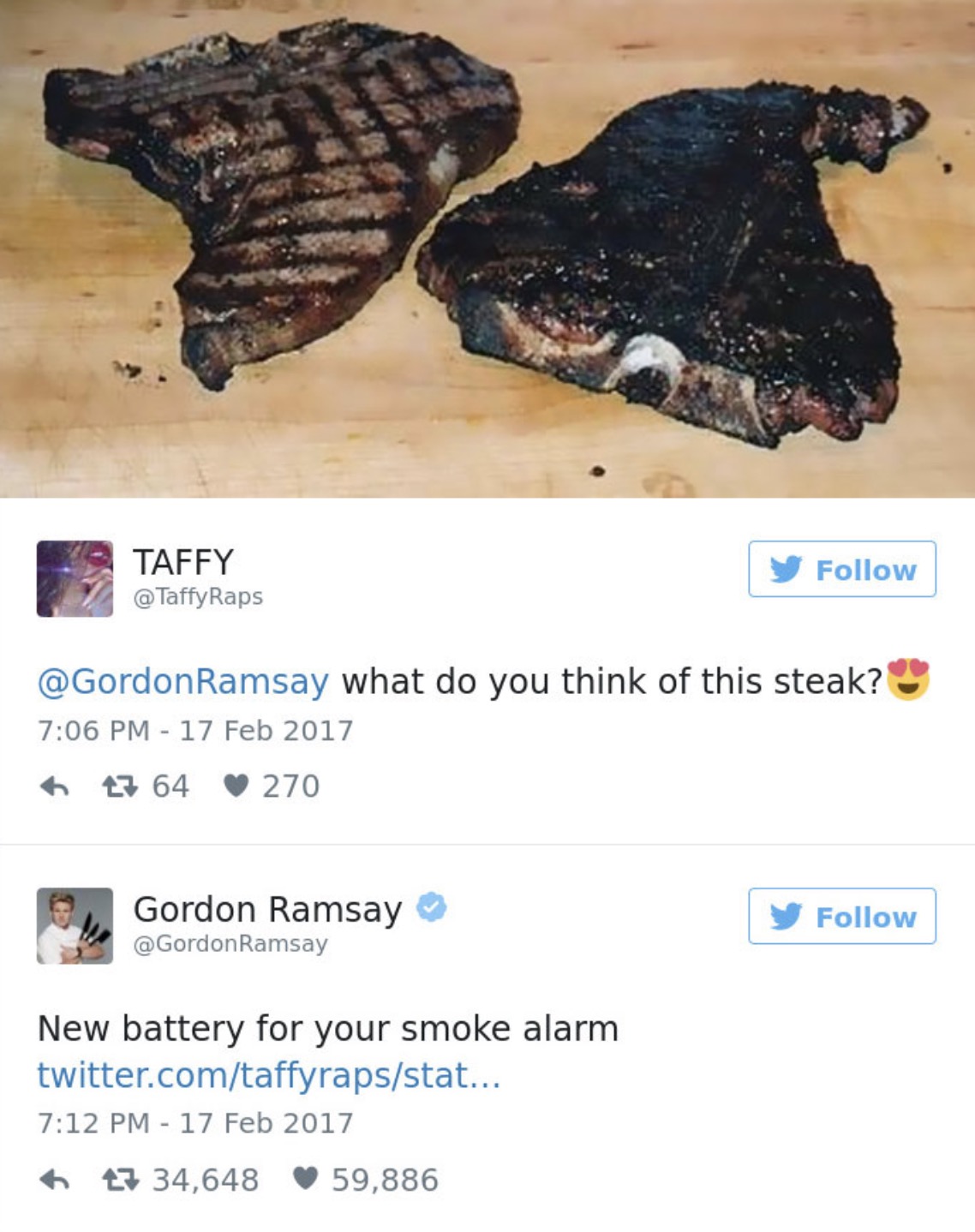 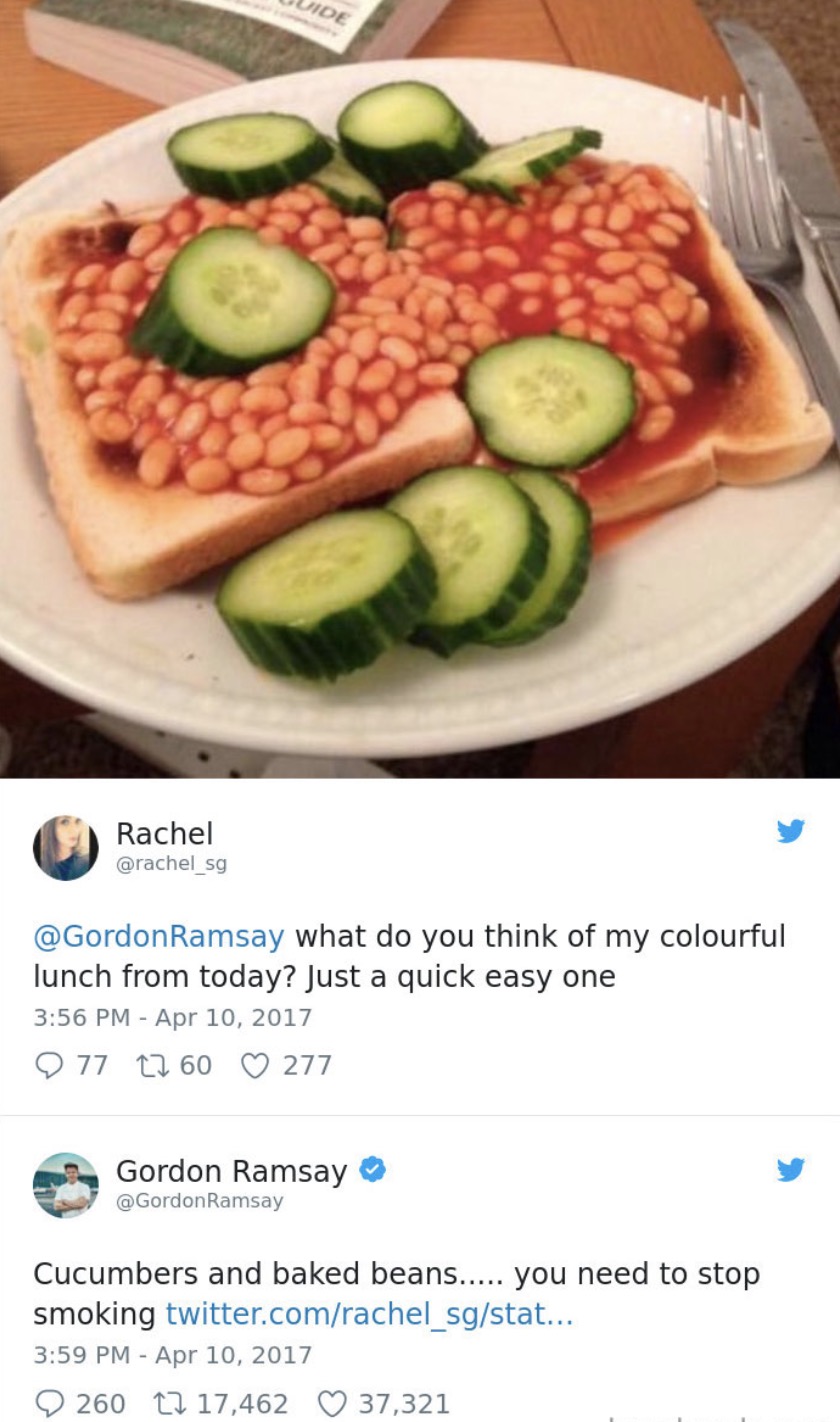 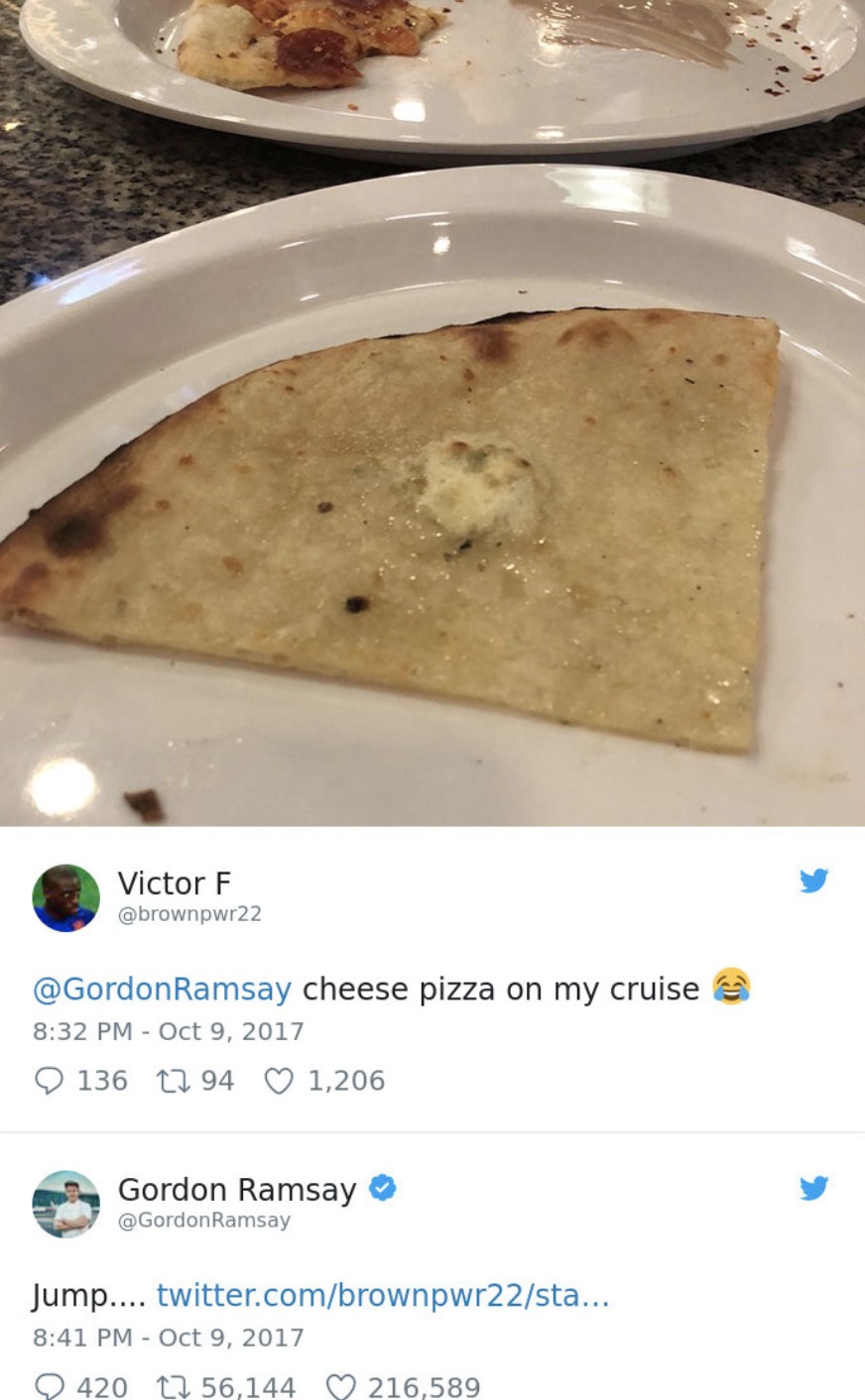 15. And yes, once in a while Gordon Ramsay does say something nice. 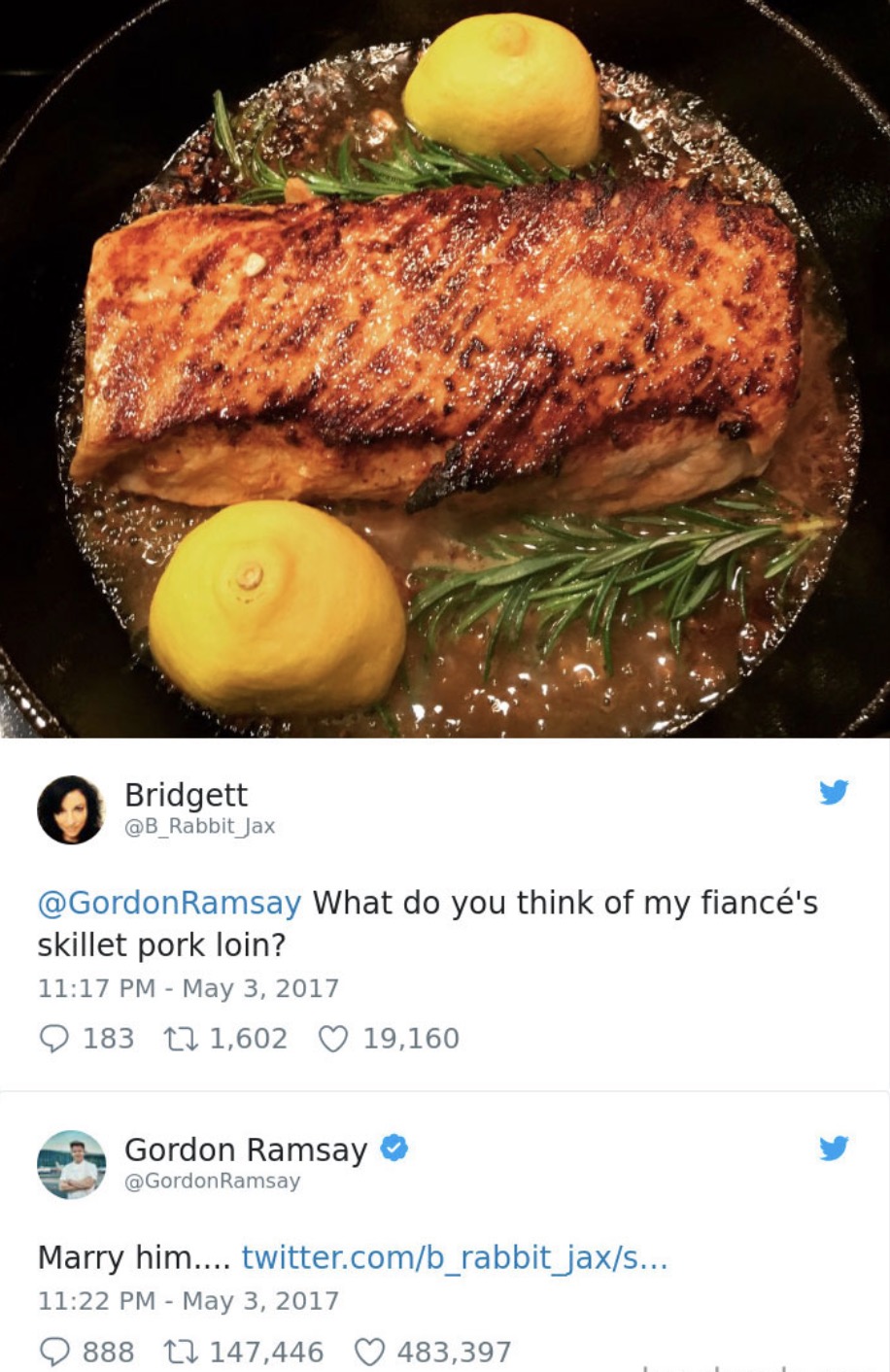