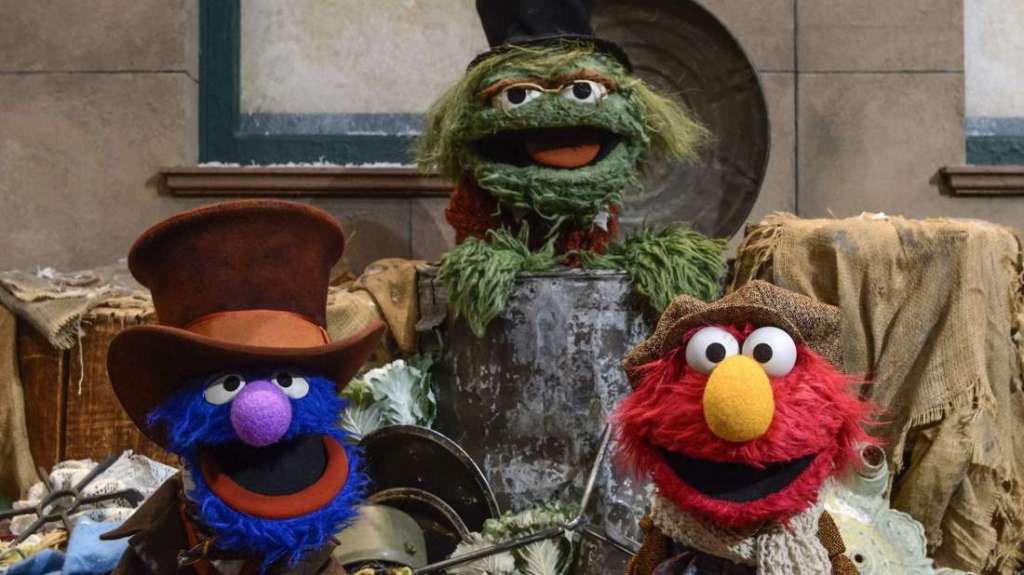 These 10 Sesame Street Fan Theories Are Really out There

It’s been nearly 50 years since Sesame Street debuted on television, which means fans have had a lot of time to think about the beloved children’s show. This has led to some pretty strange (and amusing) fan theories about what goes down on everyone’s favorite street. I mean, let’s be honest – who hasn’t questioned what type of bird Big Bird actually is? Or whether or not Cookie Monster’s eating habits are a desperate cry for help? Hopefully, these 10 fan theories will shed some light on Sesame Street’s mysteries.

Everyone wants to visit Sesame Street, right? After all, the theme song is pretty much a plea for instructions on how to gain access to this magical fantasy land. Well, one Reddit user thinks that the theme song contains everything you need to know about how to gain access. Didn’t catch them? That’s alright, we missed them on our first listen, too. Check out their full breakdown here.

2. Sesame Street is a Rehab Center for Monsters

If you really think about it, many of Sesame Street’s inhabitants are pretty monstrous. An oversized bird, an ill-tempered trash monster, and a literal VAMPIRE are just a few of the supposedly kid-friendly characters that regularly hang around. Yet, kids don’t find them scary at all. But what if it wasn’t always like that? What if Sesame Street is actually a rehab center where monsters go to clean themselves up and leave their scary pasts behind?

3. Big Bird is an Extinct MOA

Big Bird doesn’t look like any bird currently flying around in our world, so he must just be a fantasy creation, right? Wrong. Ever heard of moa? There were 10 species of the flightless birds in New Zealand, but they apparently died off 100s of years ago… except what if one survived? Apparently, they had long necks, big torsos, and could get as tall as 12 feet. That’s some pretty compelling evidence – not to mention the fact that he’s friends with (basically) a woolly mammoth.

4. Oscar’s Trash Can is a Tardis

If Oscar can live, nay THRIVE, in his trash can, then there’s no way it’s an ordinary trash can. In “The Adventures of Elmo in Grouchland,” it’s revealed that Oscar’s trash can comes equipped with an interdimensional portal. How’s that for an amenity? The only explanation the internet has been able to come up with for this bizarre detail: it’s a TARDIS from “Doctor Who.”

That freshman philosophy class is finally paying off.

If you don’t remember, Plato’s allegory of the cave is one of enlightenment in which a cave-dweller steps out of his cave and into the sun, only to realize that his entire worldview has been wrong. He thought the shadows of trees were trees, but now he sees the truth of what everything in his world actually is.

One Reddit user views Sesame Street as a version of Plato’s allegory, presenting children with an idealized simalcrum of the world.

Everyone has an idea of what their own personal hell would look like. Mine, for an example, would involve unloading a dishwasher full of plastic tupperware for eternity (it doesn’t get dry!) but that’s another conversation entirely. Mr. Noodle’s personal hell might just be what plays out on Sesame Street every week. Think about it: being forced to take orders from a furry red puppet, dancing at his every command, all while being unable to speak. Sounds an awful lot like hell to me.

While I don’t want to think about how muppets procreate any more than you do, we can’t ignore the fact that Animal definitely has a sex drive. Just look at this scene from “The Muppets Take Manhattan” in which he chases a screaming woman out of an auditorium. One theory posits that the two of them procreated and, thus, Elmo was born. Ew.

Cookie Monster, being the muppet that he is, can’t actually swallow the cookies he so passionately crams into his mouth. One Redditor sees this as a sign of an eating disorder, in which he is choosing to chew up his food and then spit it out. This one’s pretty dark…

Though maybe not as dark as this fan theory, which explains the show’s constantly rotating cast of child actors. Nope, those kids didn’t get too old or decide not to pursue acting anymore… the count lured them into his lair with his number games and ate them.

Okay, this one checks out.