15 Of The Strangest Singles’ Ads

Finding The One is hard, but it used to be even harder. Nowadays there are dozens and dozens of apps and websites that cater to increasingly specific subcultures. Like this dating website for clowns: 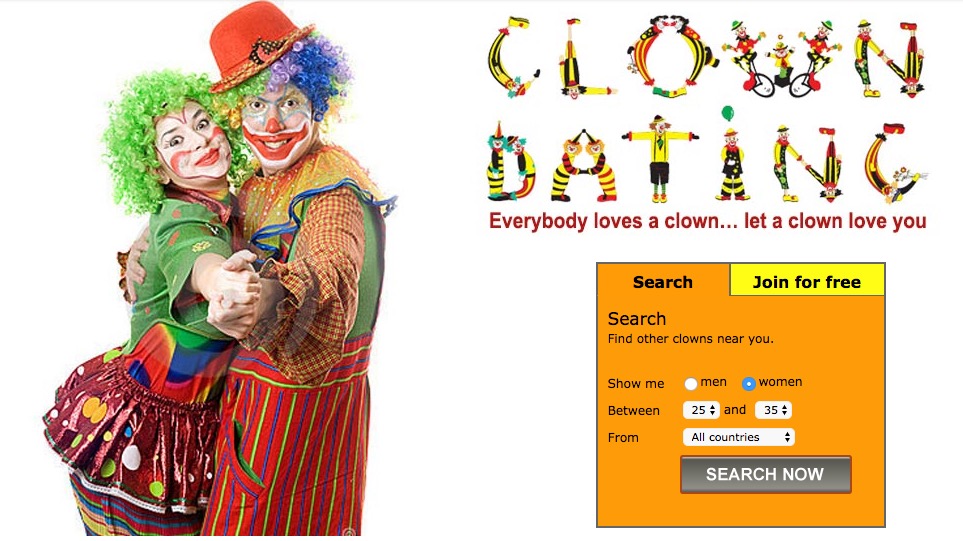 But not too long ago, if you wanted to find love, there was one game in town: the personals section of your local newspaper. And if your romantic tastes weren’t exactly “mainstream,” tough luck. You had to put your personal preferences in a public newspaper for everyone to see. If you were a single clown looking for another clown, all you could do was put that in your ad and brace yourself for the prank calls.

Today we’re looking at the most unusual classified ads from yesteryear, all written by people who overcame shyness and put themselves out there. And that’s pretty badass. Here’s hoping they found someone! 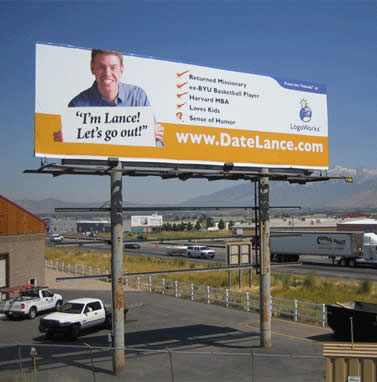 This one originates back in 2005, when a group of friends thought it would be funny to set up a billboard on behalf of their bachelor friend Lance. It was funny, and it did net Lance some media interviews and some dates, but alas, I couldn’t find out if he ever found someone. 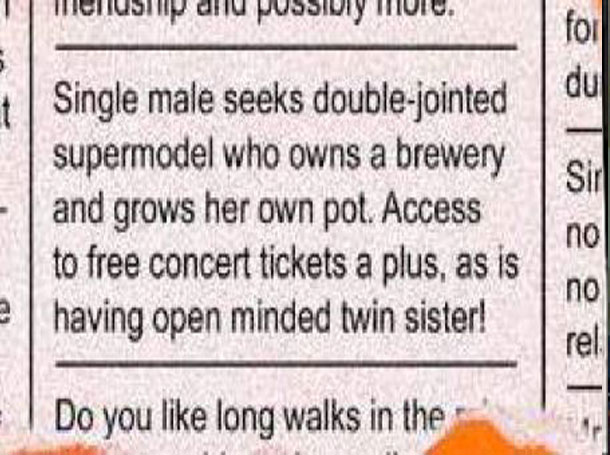 I’m not sure, but this one miiiiiight be a prank. 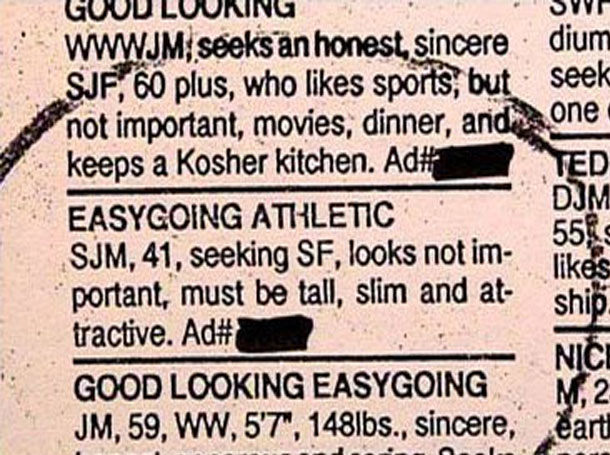 Maybe he hoped women would be so puzzled by his ad that he could sneak up and marry them by surprise.

5. A boyfriend and a roommate?

I live in Los Angeles, like this man does, and this singles’ ad could have been written by about 90% of the people here. Also I love how he won’t chip in rent, yet he still refuses to live south of Wilshire.

6. Not Quite Ready To Date 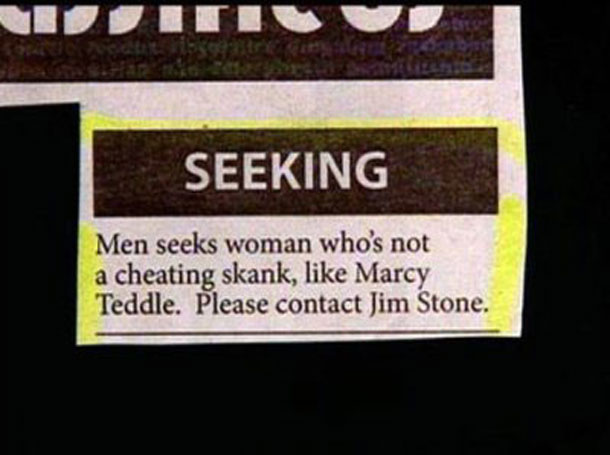 Dude’s still working some stuff out. 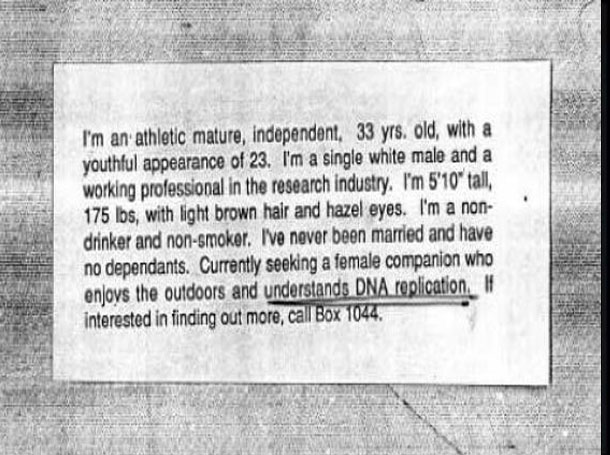 The key to a successful relationship is doing stuff together, like building an army of clones. 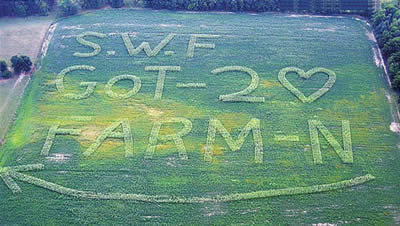 Apparently there are a lot of eligible female pilots in his area. 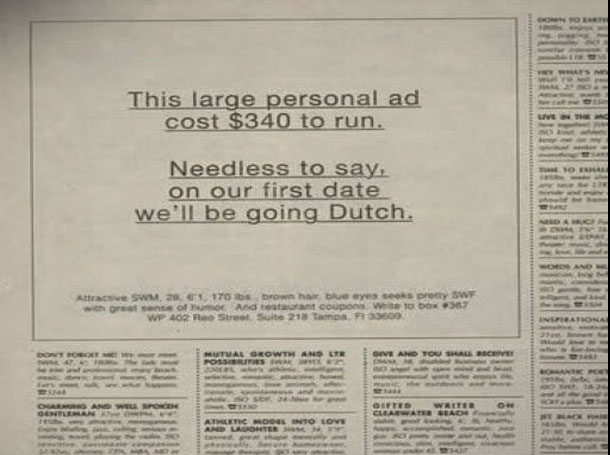 For their first date, he took her to his favorite restaurant, i.e. a dumpster behind a Chili’s. 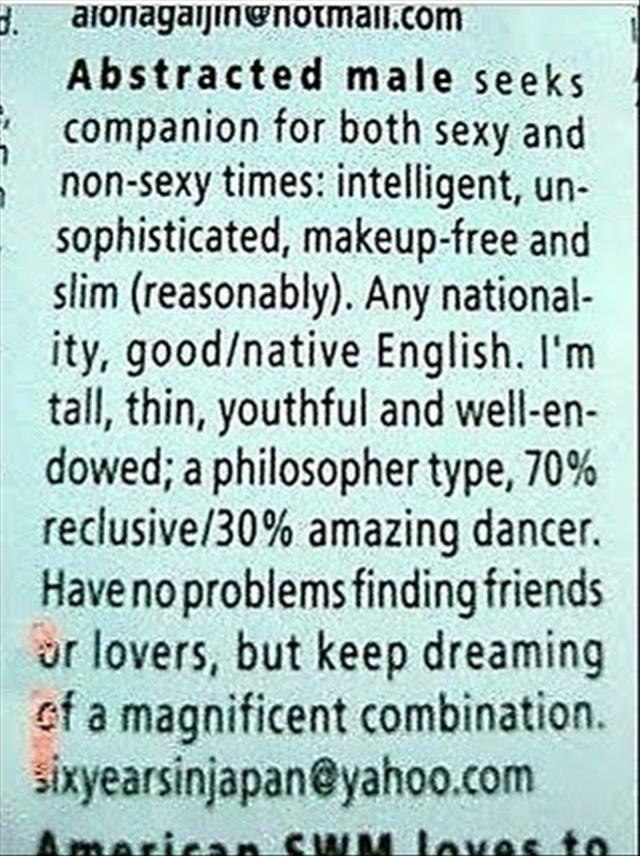 This one just screams “I’ve started four PhD’s without finishing one.” 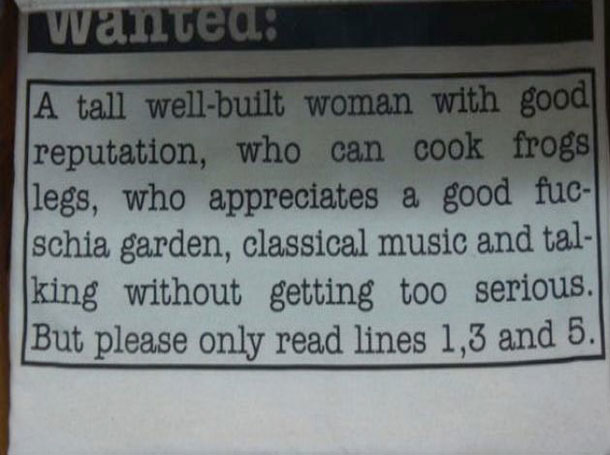 See, this is why we all need friends: to talk us out of doing stuff like this. 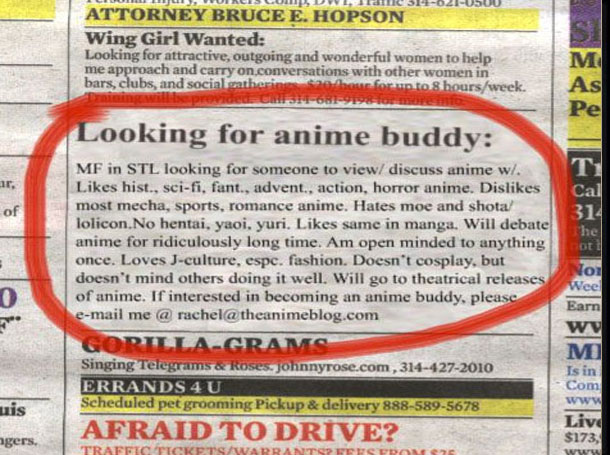 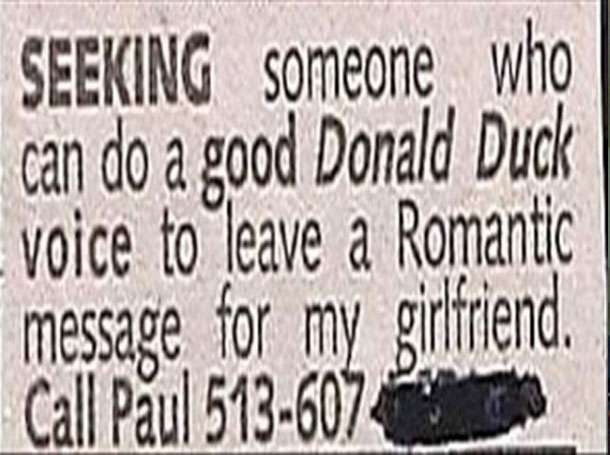 You gotta know when it’s time to call in a professional.

14. Before there was Craigslist Missed Connections 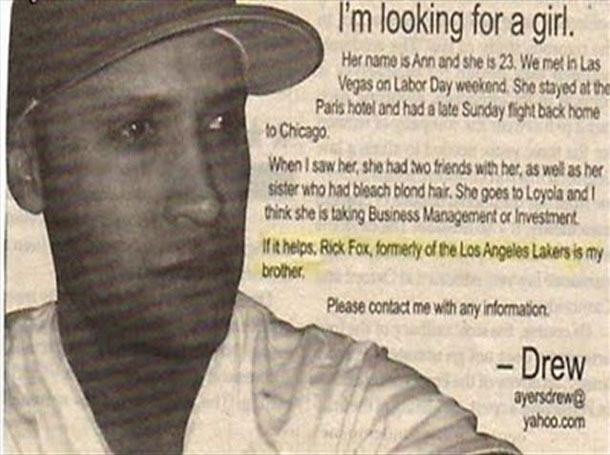 After some investigating, I am positive this is not Rick Fox’s brother. I am shocked someone would lie in a personal ad! 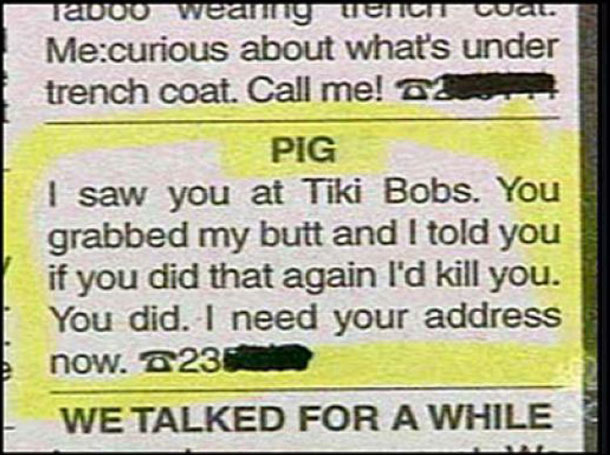 Let’s hope she found what she was looking for.