15 Photos That Celebrate The Glory Of The Mullet

There’s perhaps no haircut more loathed than the mullet, the short-in-the-front, long-in-the-back ‘do that’s synonymous with the 1970’s and 80’s. But it wasn’t always so hated! There was a time when having a mullet made you the coolest dude or dudette in your neighborhood. So, how did we get here?

The name “mullet” is relatively recent, but the haircut itself goes way back. There’s evidence that ancient cultures had mullets, from the ancient Mesopotamians to the Ancient Greeks. And it makes sense–cutting it short in the front keeps the sun out of your eyes, and keeping it long protects your neck from the elements. Mullets stuck around in one form or another for thousands of years, but they didn’t really become popular until the 1970’s, when David Bowie rocked one. 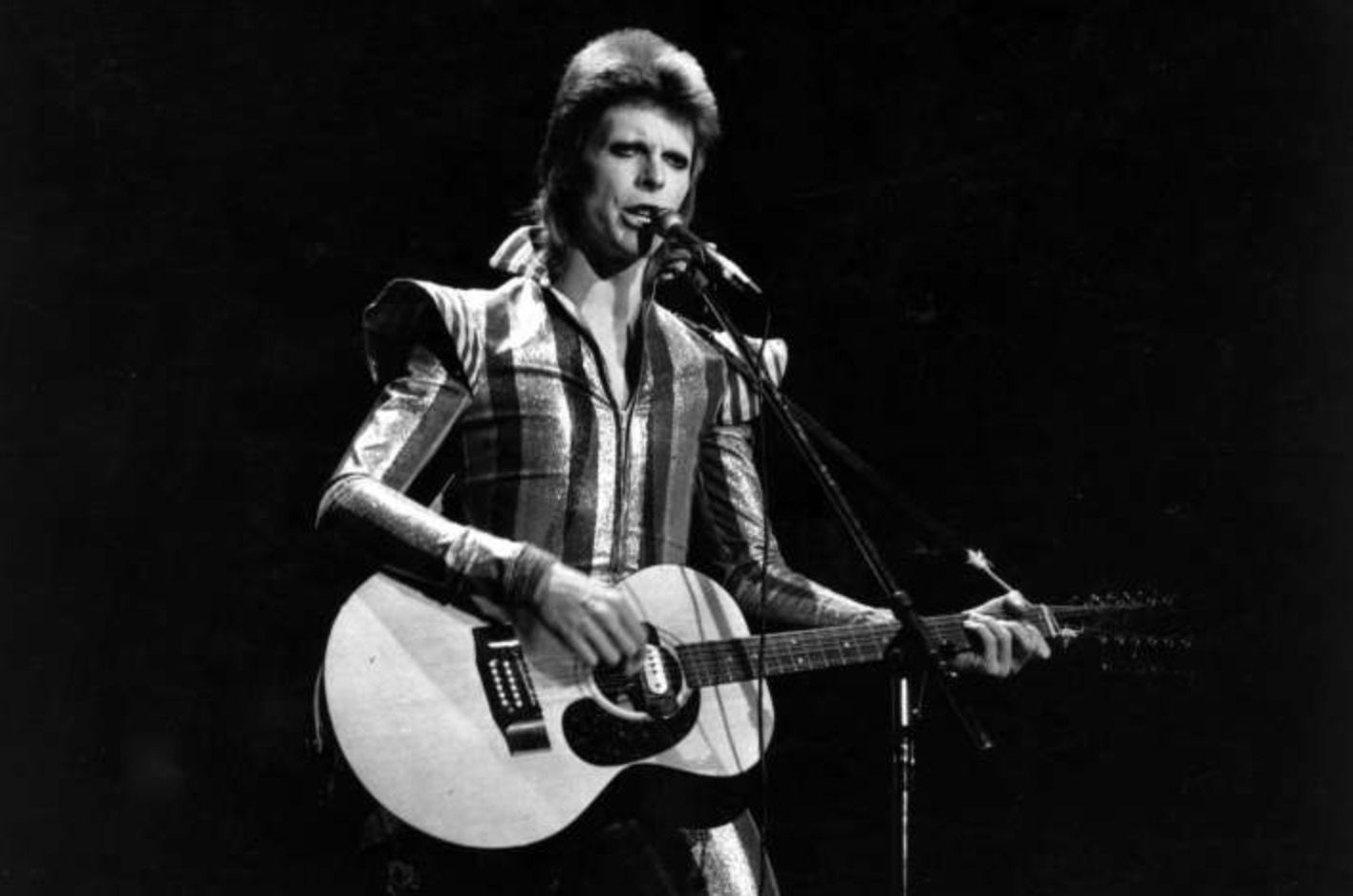 But then, in 1994, it all fell apart, thanks to the Beastie Boys and their song, “Mullet Heads.” Simultaneously, the song gave the haircut a name–“mullet head” is slang for “idiot” that goes back at least as far as Mark Twain–and destroyed its popularity. Just look at the first two lines from the song:

You’re coming off like you’re Van Damme,
You’ve got Kenny G, in your Trans Am

And that was that. Soon, mullets became an object of ridicule.

Like everything else, the mullet will have a comeback some day. But until it does, here are 15 photos from the mullet’s golden years. 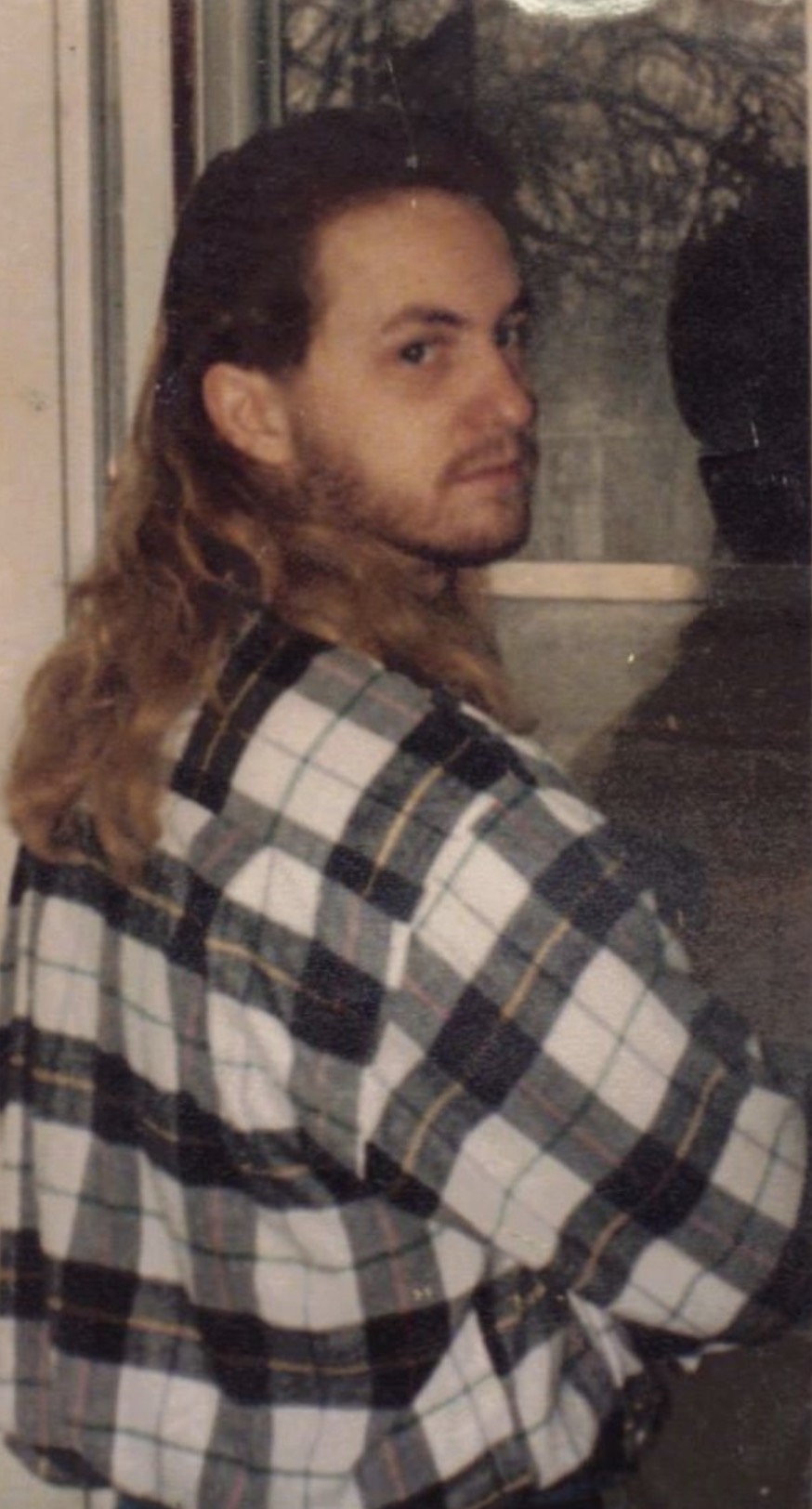 2. The mullet is also known as “The Ape Drape” 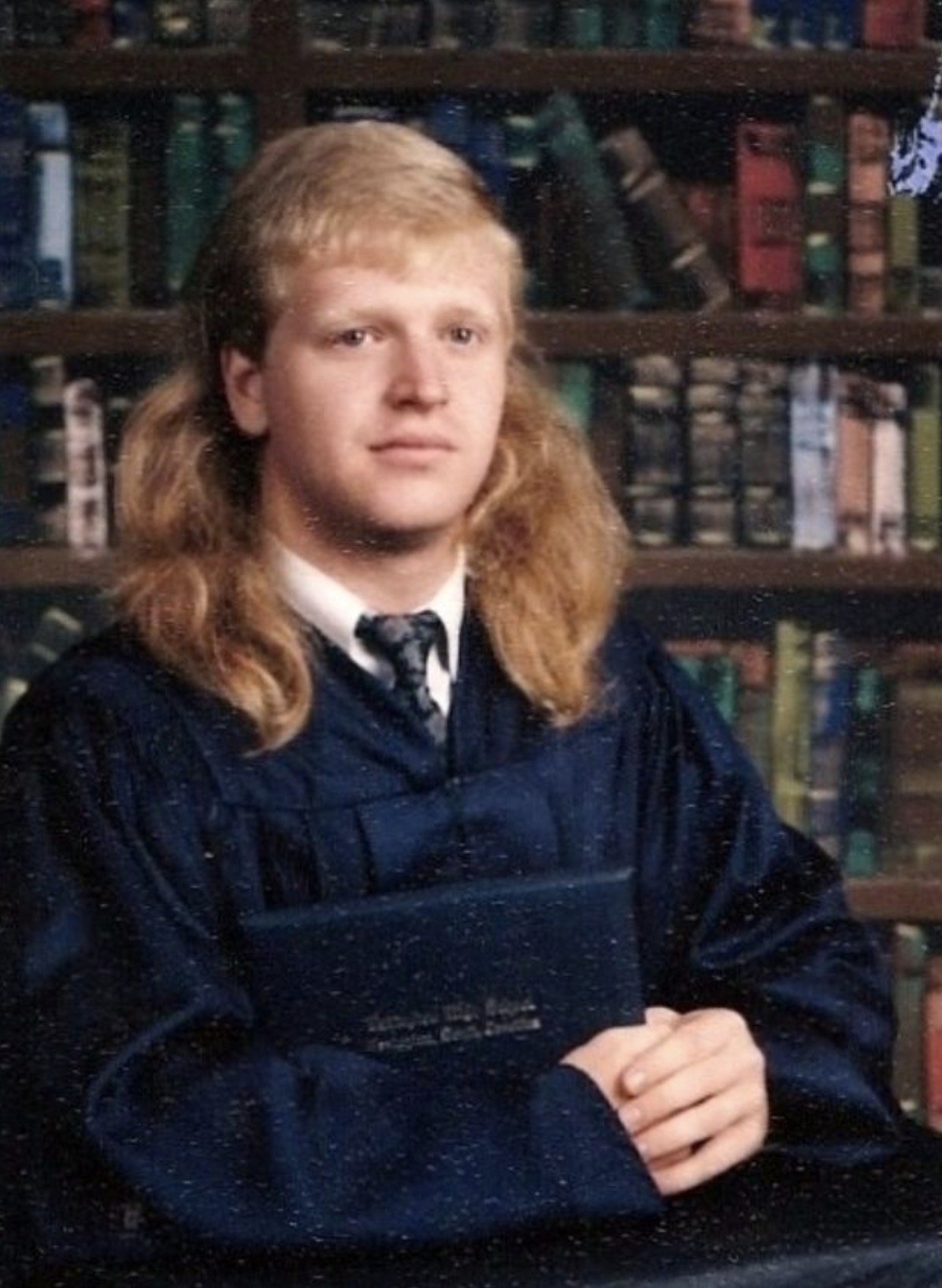 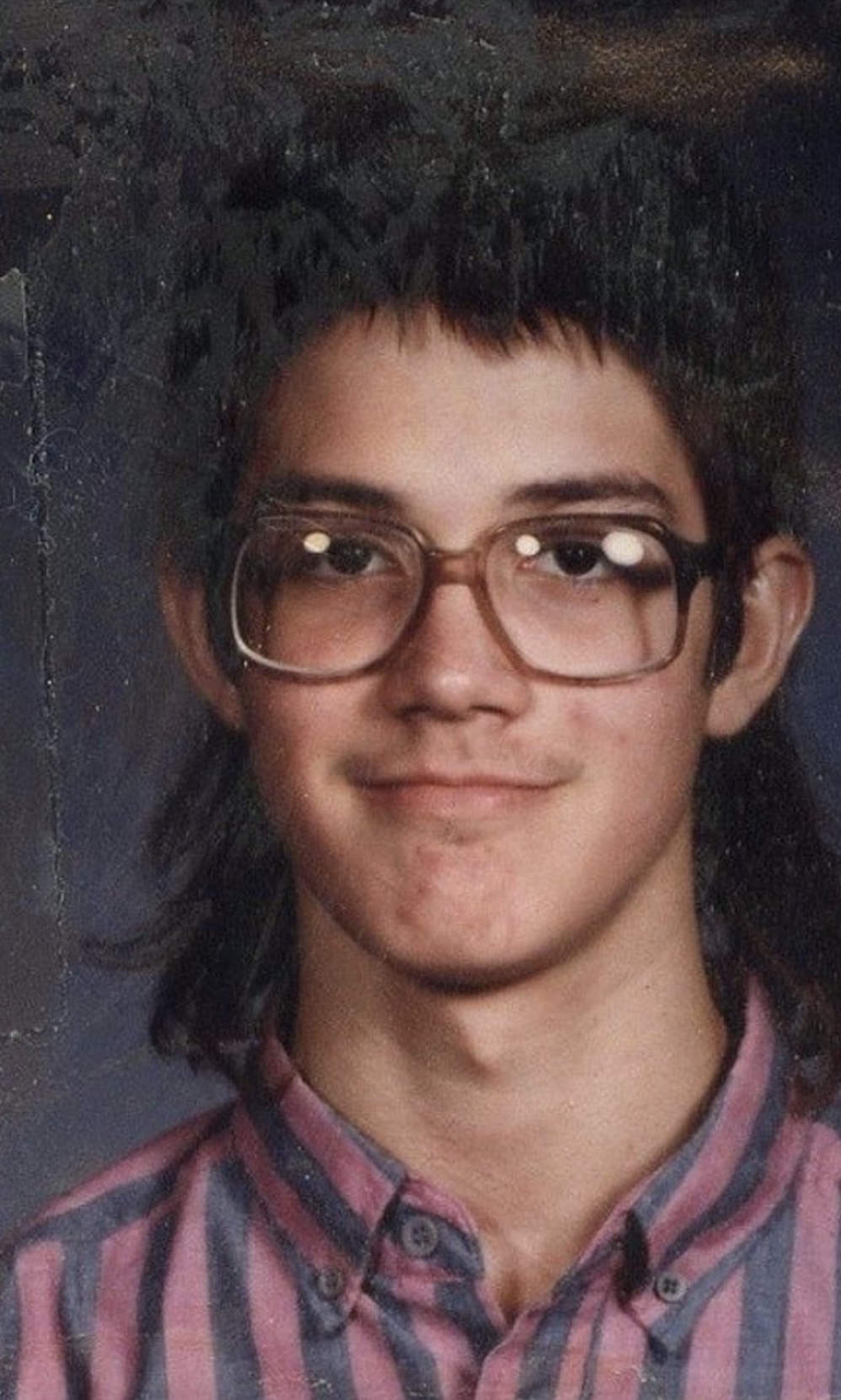 4. Or an “Arkansas Waterfall” 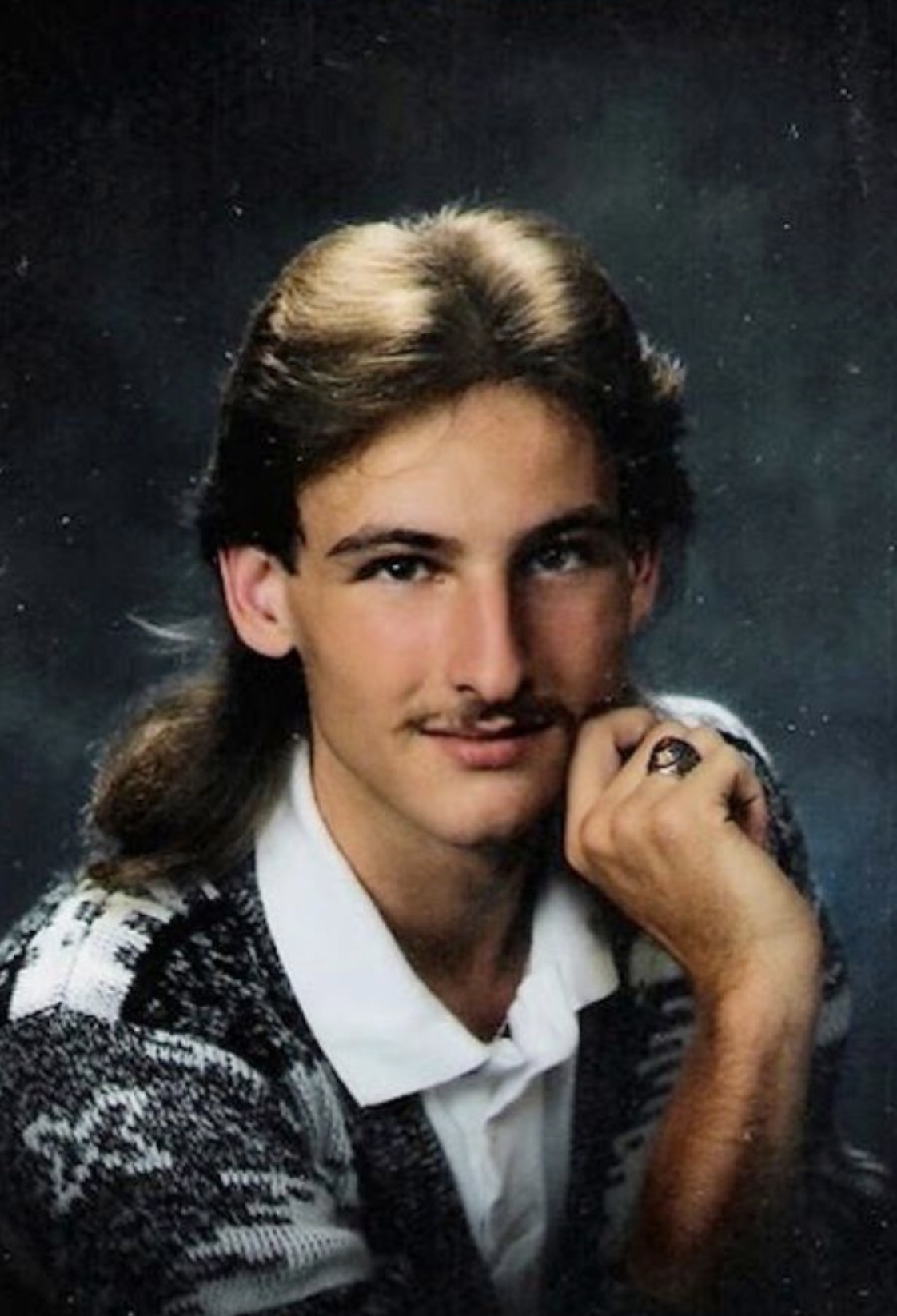 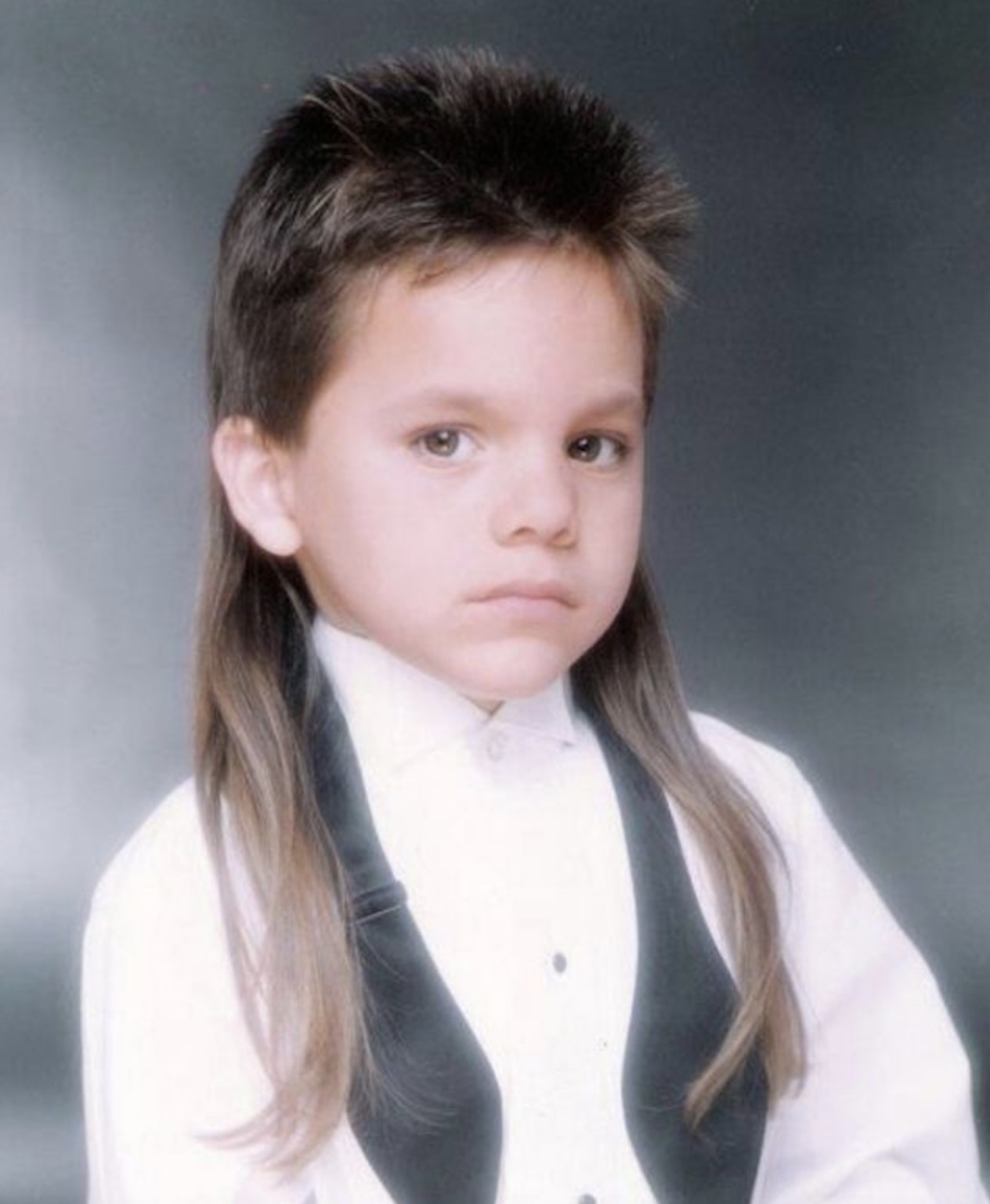 6. There are several variations on the classic mullet, like the “permullet.” 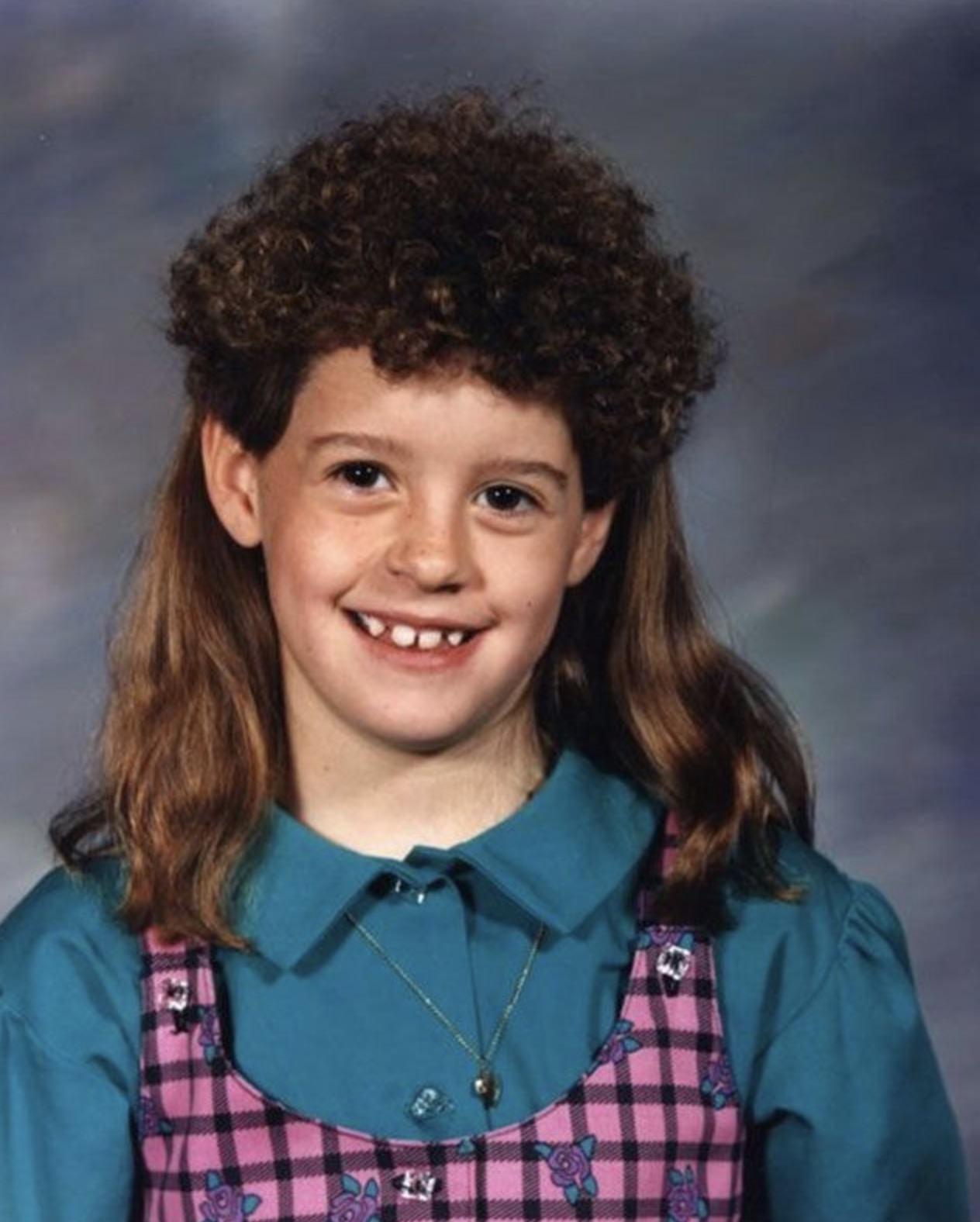 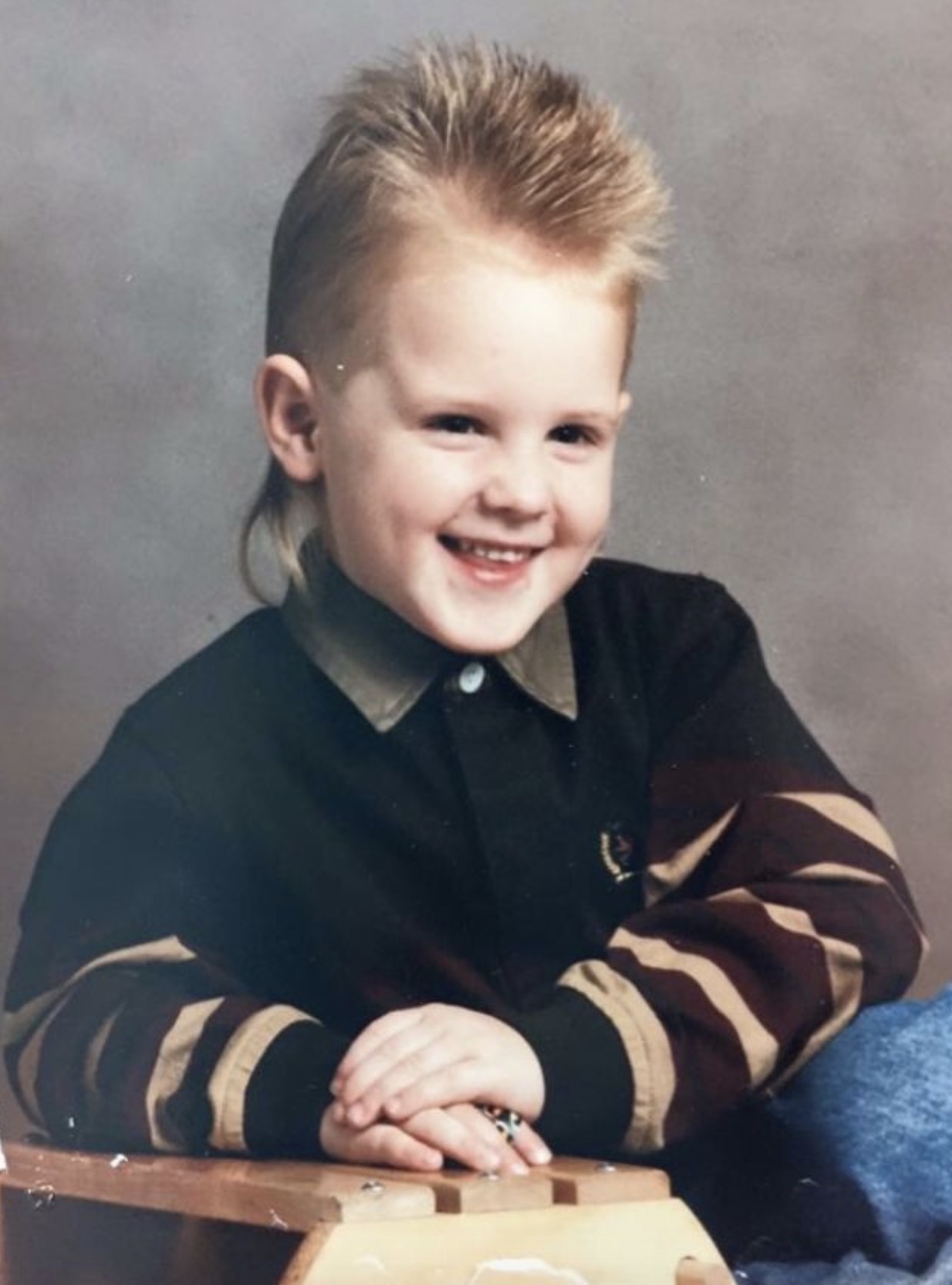 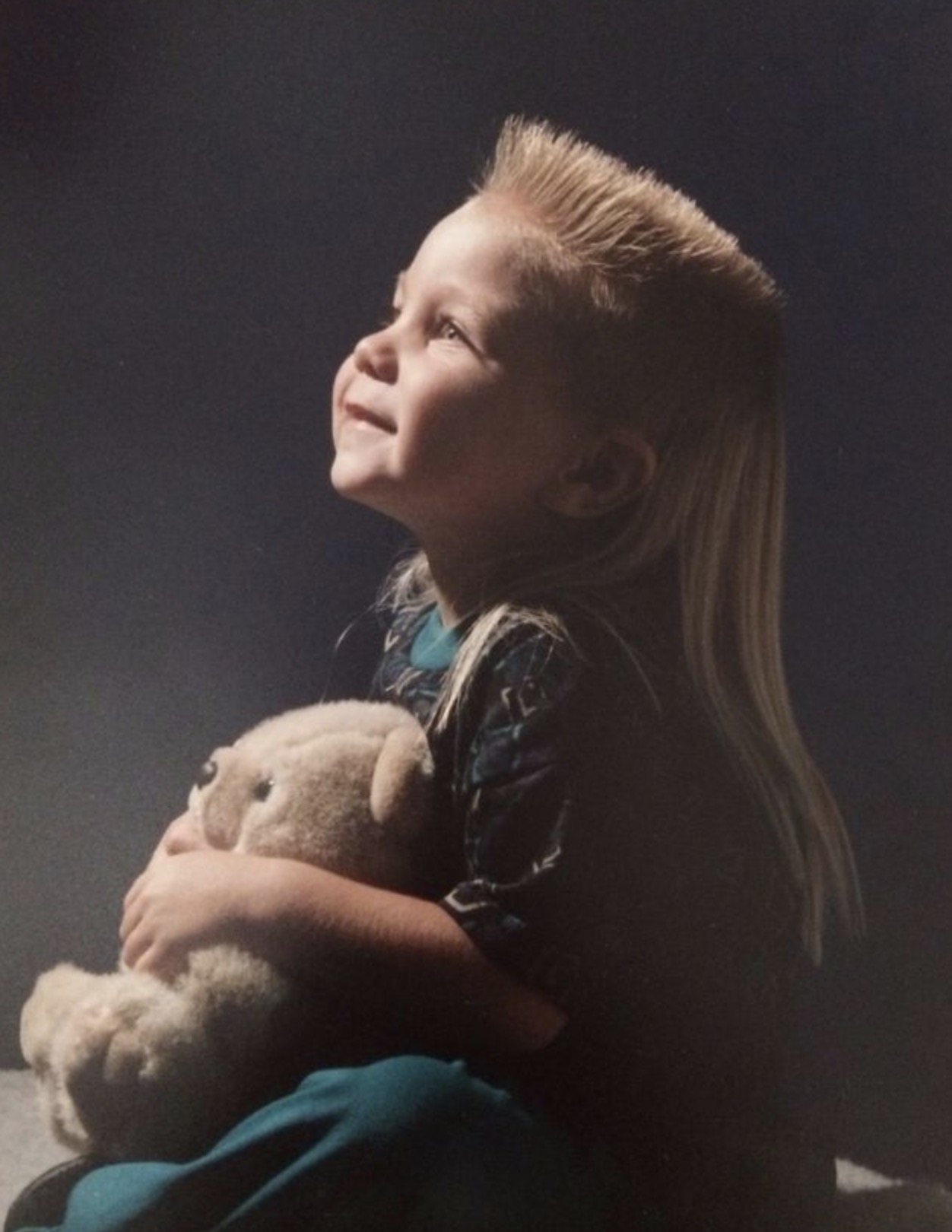 9. His haircut came with a free pair of parachute pants. 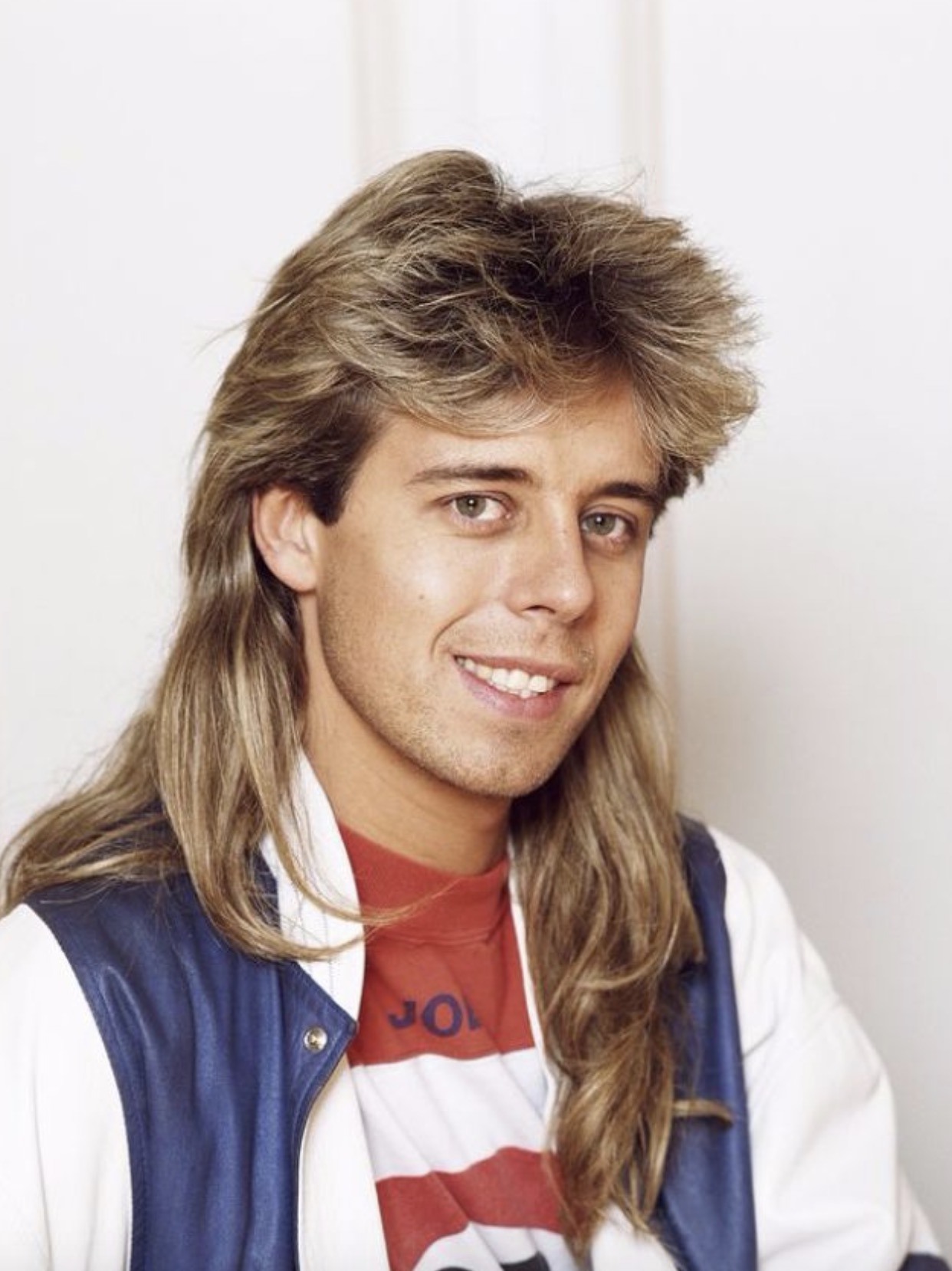 11. He just got done fixing up his El Camino in the driveway. 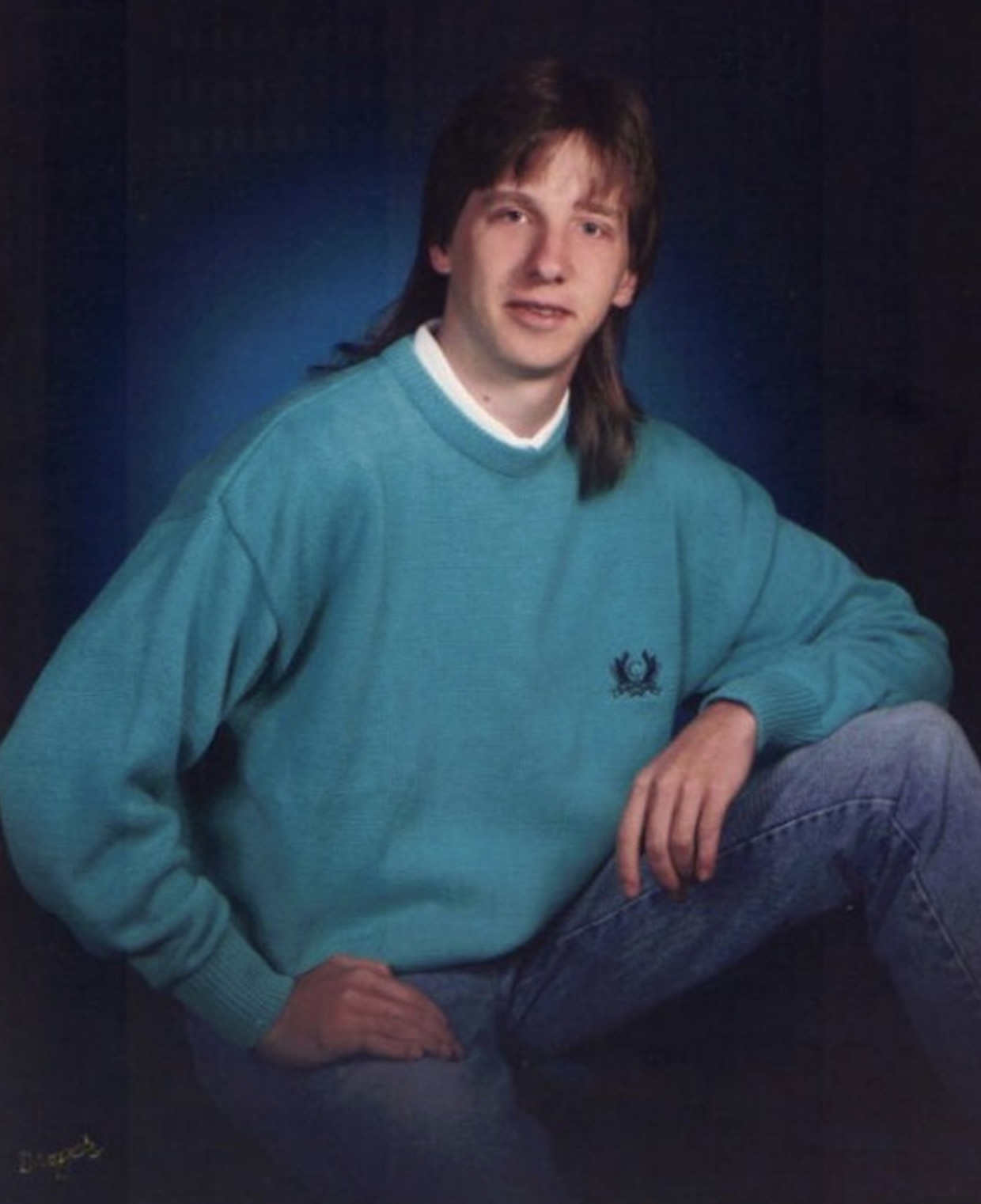 12. The look that says, “Waterbed salesman.” 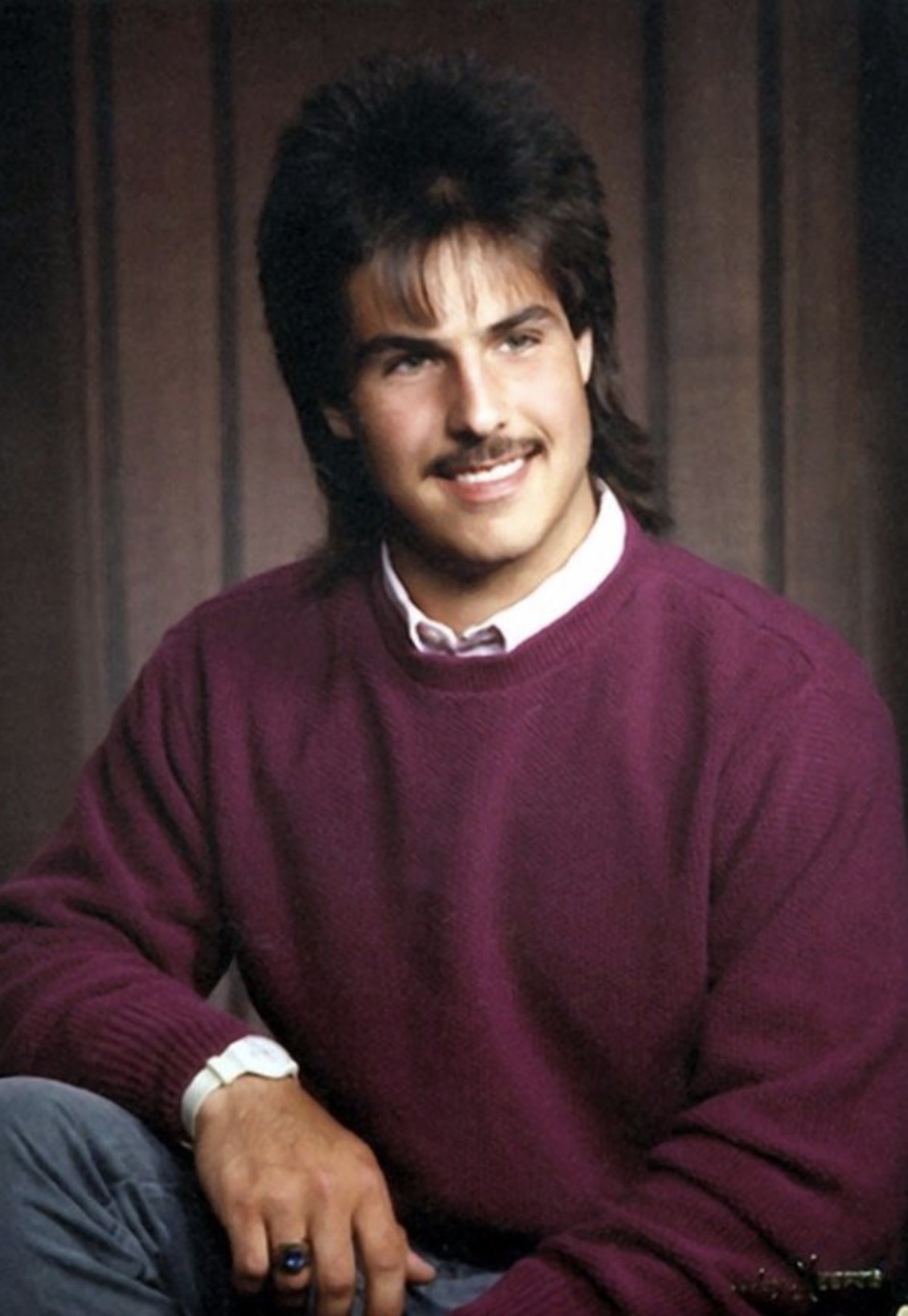 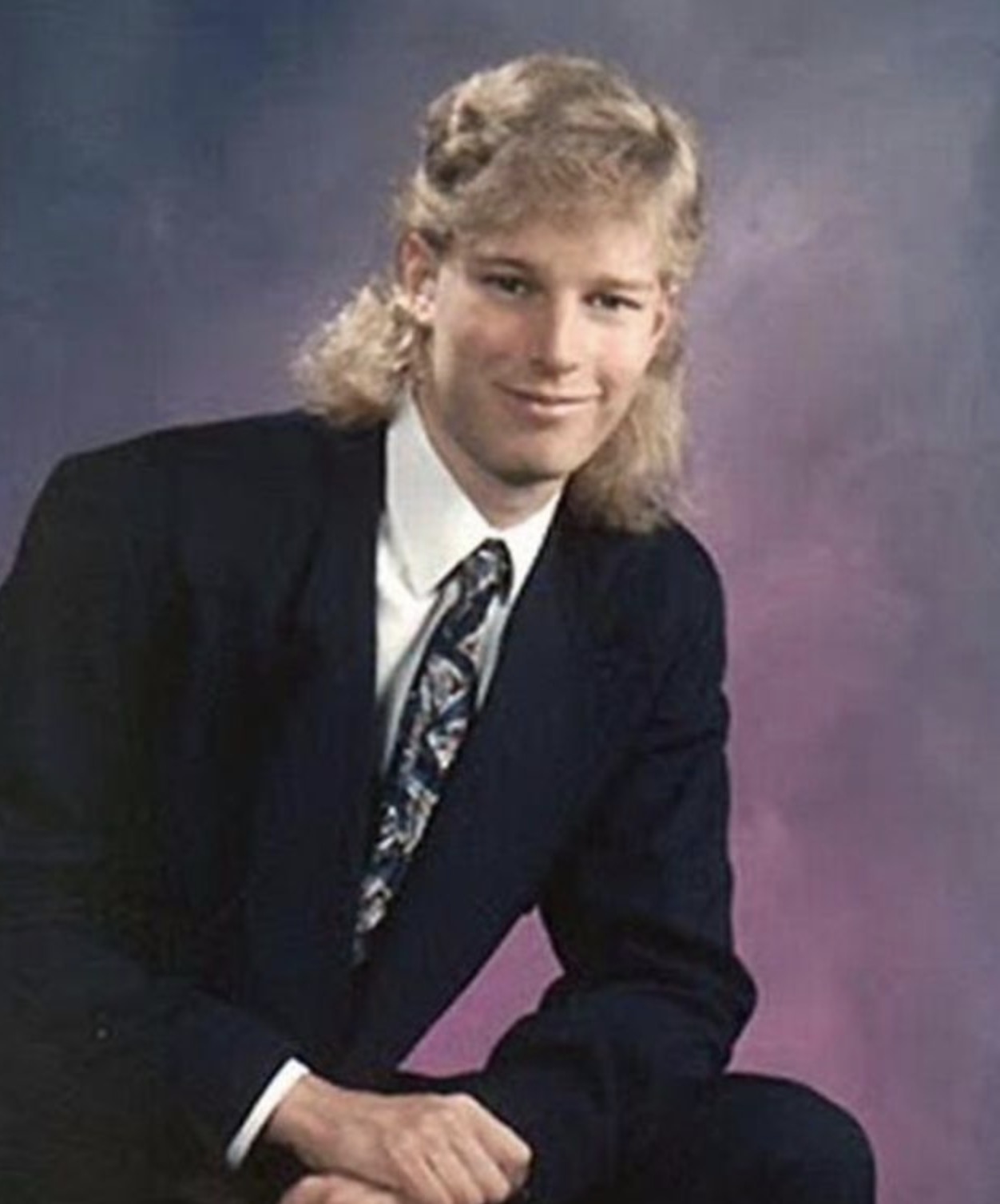 14. Just scored two tickets to see Foreigner at The Meadowlands. 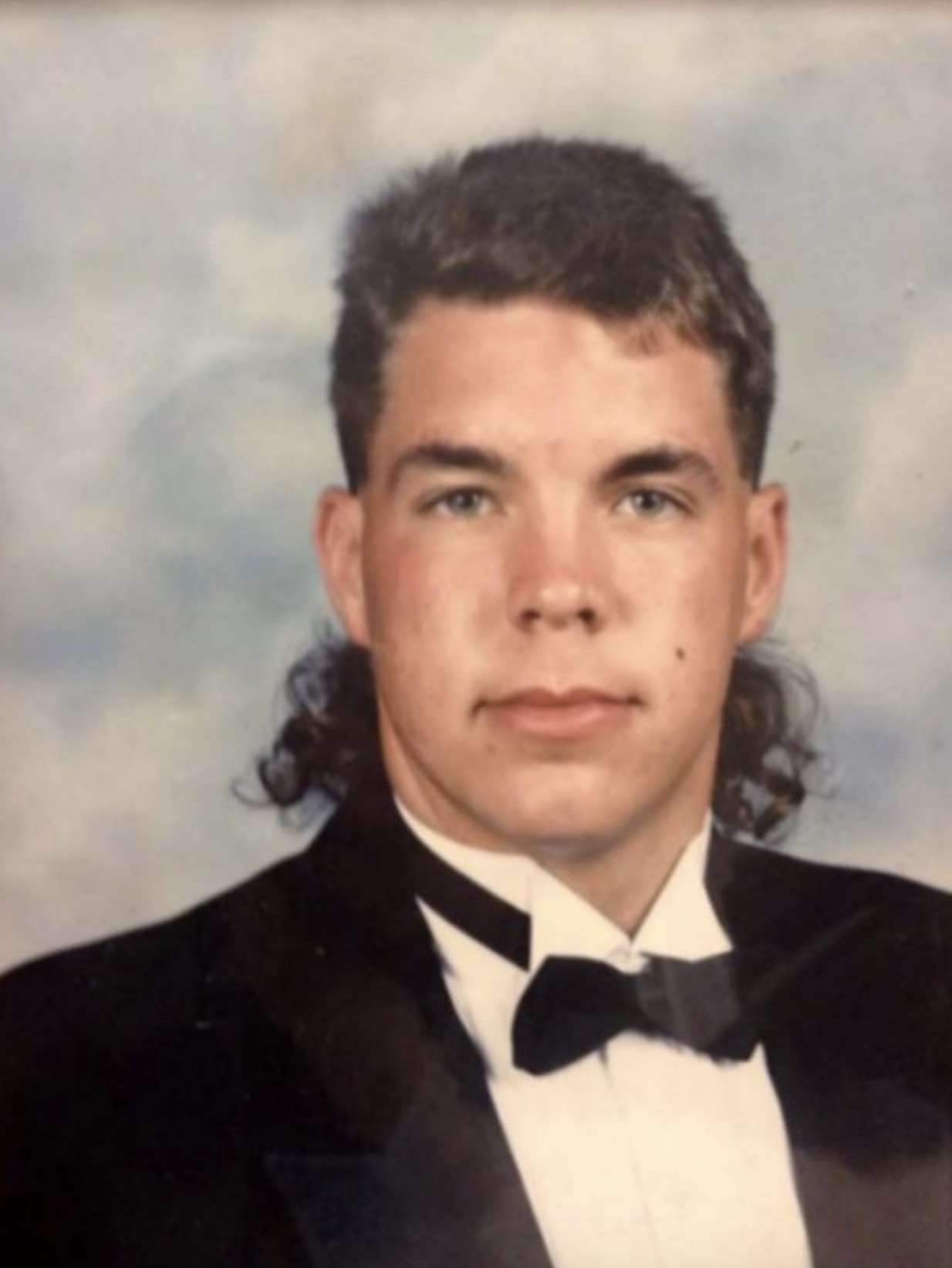 15. Warning: the amount of awesome in following photo below far exceeds FDA recommendations. 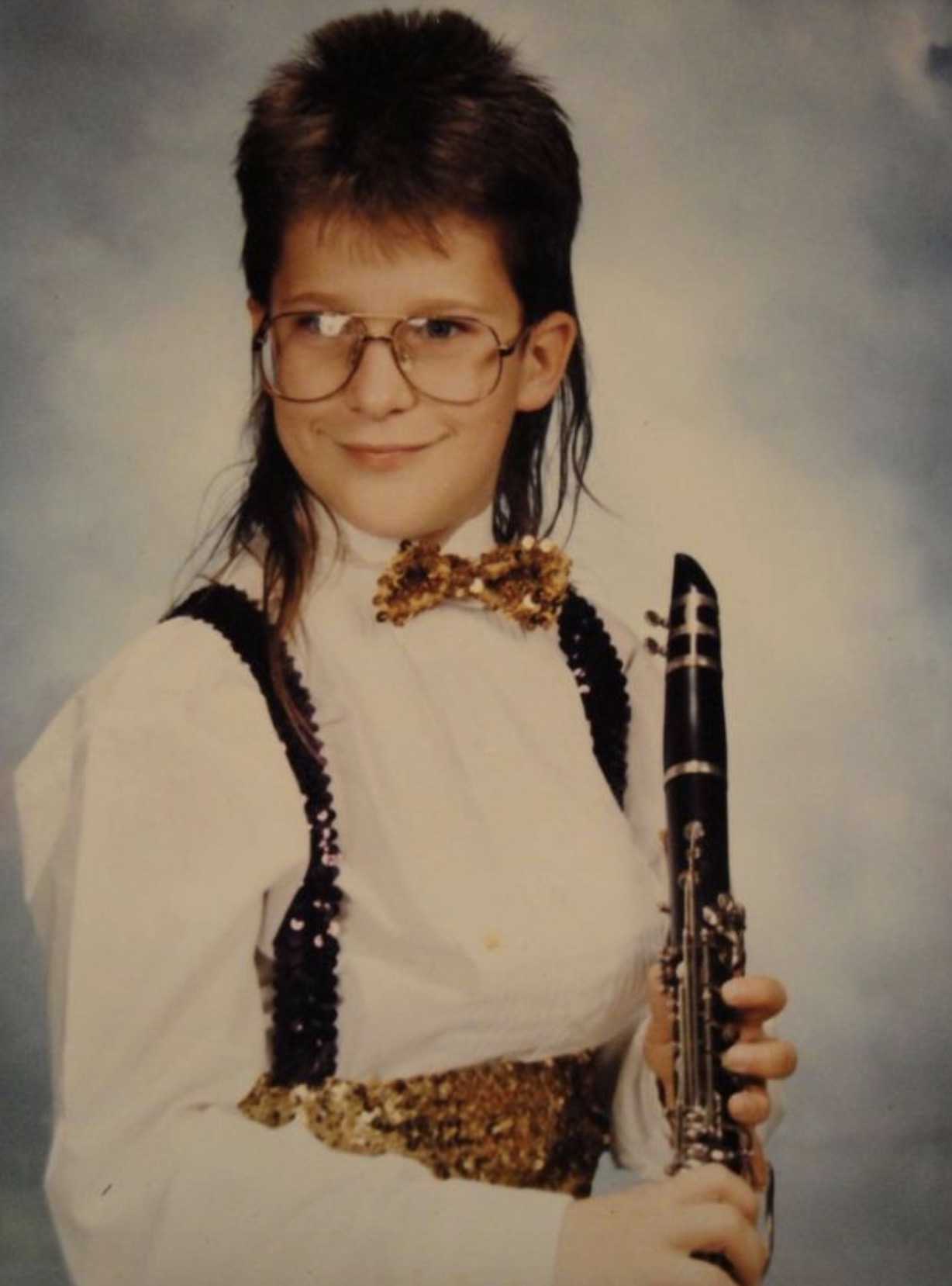