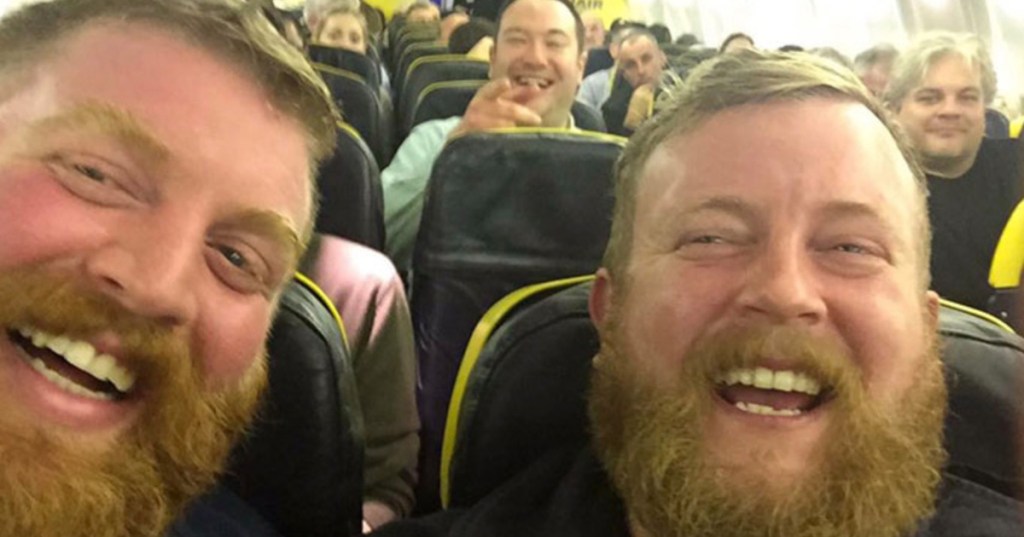 15 People Who Randomly Met Their Doppelgangers

Picture this scenario. You’ve just arrived in a foreign country, nowhere near your own, and you come face to face with a stranger who looks just like you. It seems farfetched, so much so that it’s been the plot of several movies, like the Olsen Twins’ vehicle It Takes Two or the 2013 Jake Gyllenhaal thriller Enemy.

Movies are one thing, but does this really happen?

The answer is complicated. There’s pretty much zero chance you have an exact doppelganger out there–according to a 2015 study by University of Adelaide PhD student Teghan Lucas, there’s a one in a trillion chance that two literally identical strangers exist in the world, with the same facial features down to the millimeter.

It’s way more likely, though, that you have a stranger who looks like they could be your twin. “I think most people have somebody who is a facial lookalike unless they have a truly exceptional and unusual face,” says statistician Nick Fieller.

The likelihood that you’ll bump into your doppelganger while you’re ordering at a coffee shop is pretty low, but it definitely does happen! Here are 15 pairs of strangers (via Bored Panda) who beat those odds and met their lookalike. With that kind of luck they should all play the lottery.

1. This guy went all the way to Thailand to find his doppelganger. 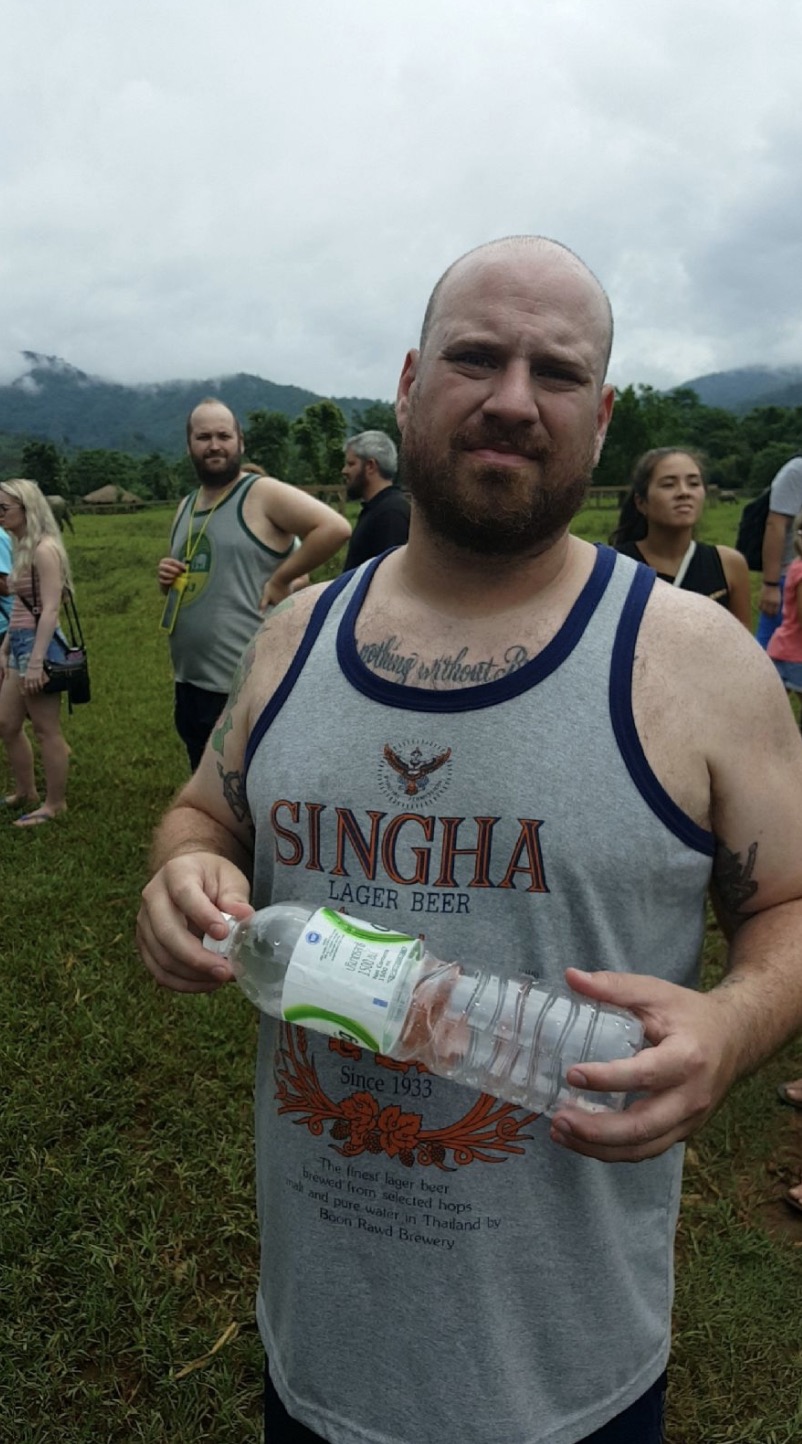 2. “His girlfriend of one year started walking towards me thinking I was him.” 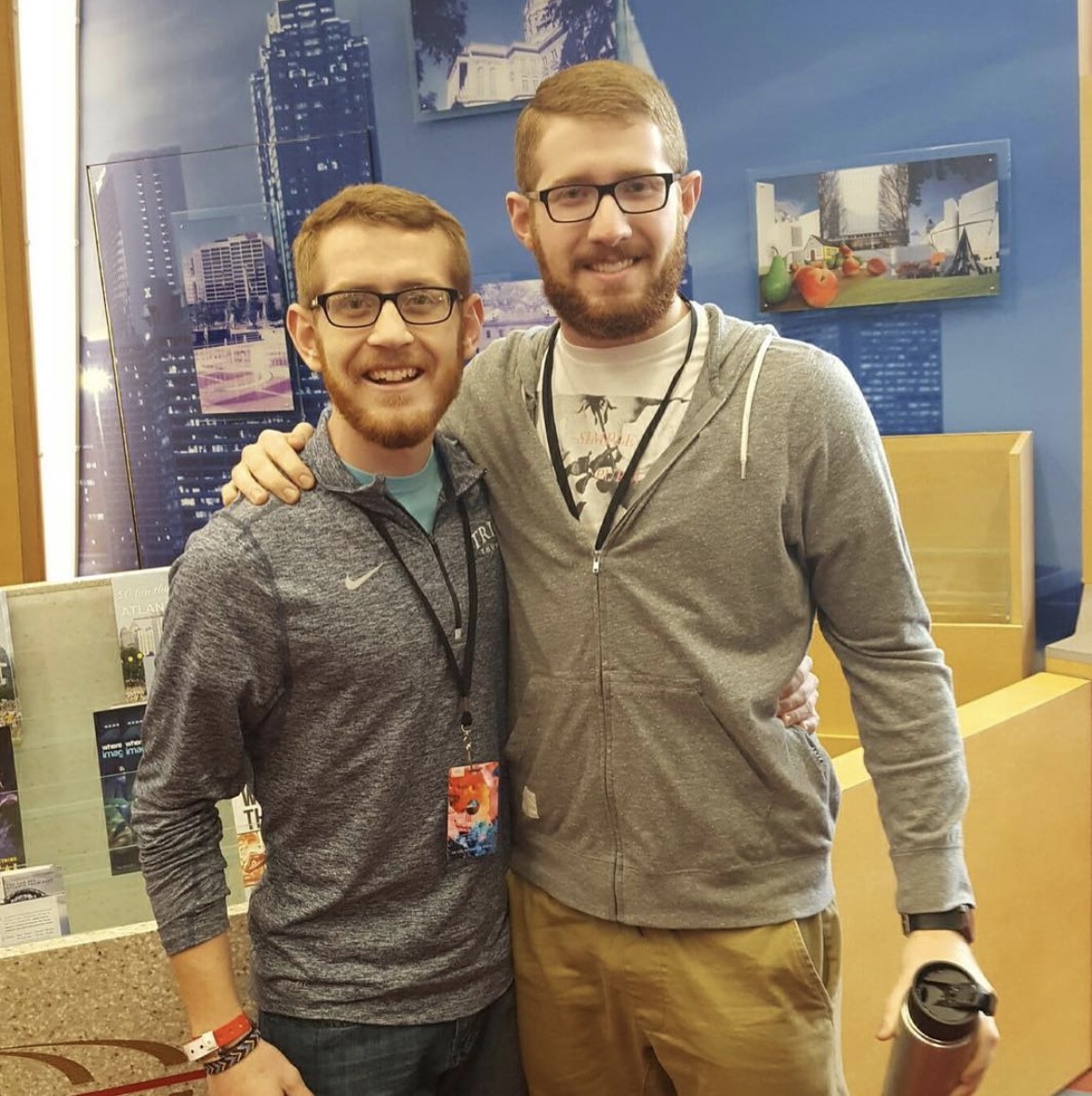 3. “Ten years ago I went off to college. People kept calling me Brian. My name is Josh. Later I understood why.” 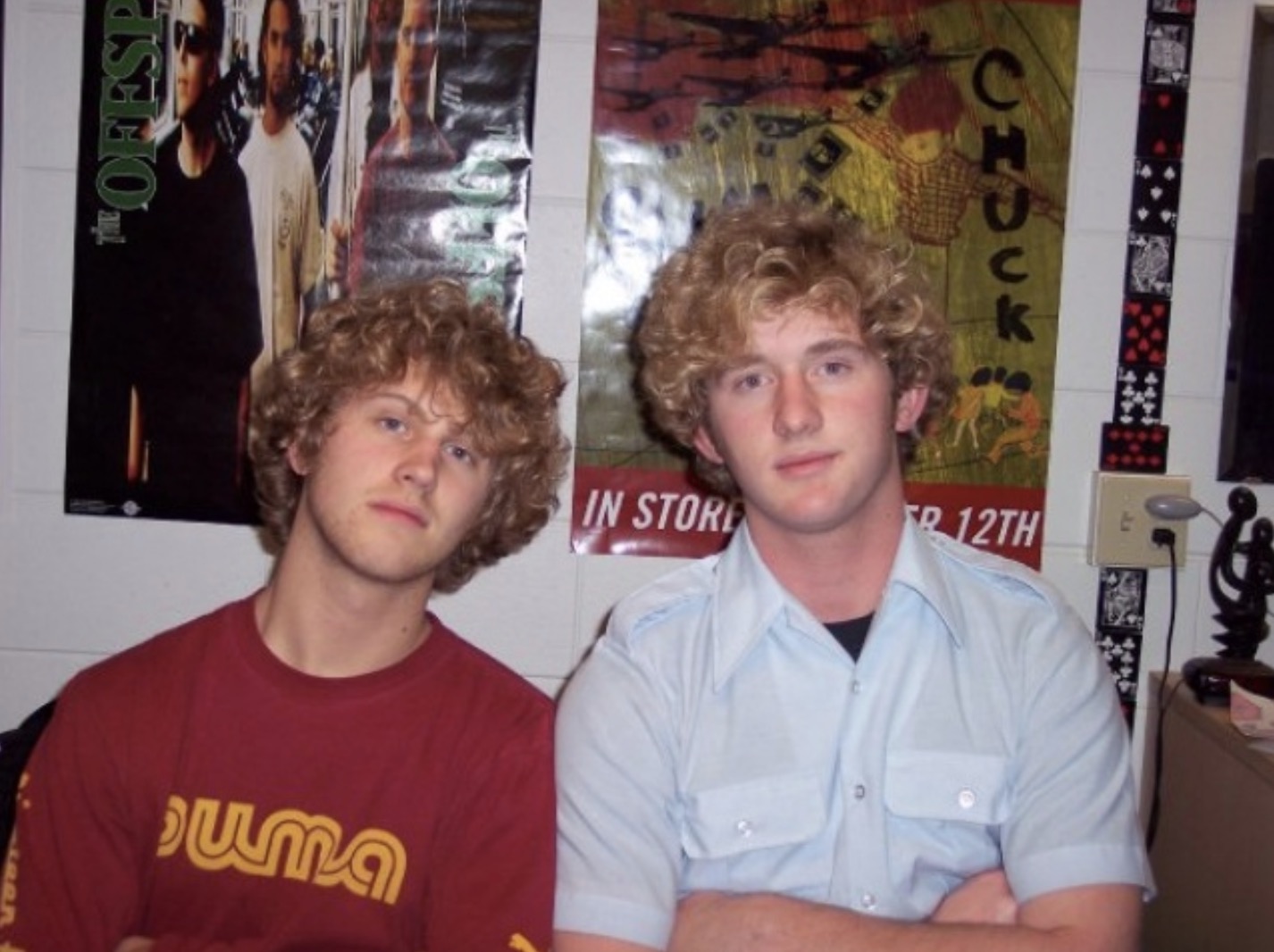 4. “Neil Richardson, a priest, retired and moved to Essex…where everyone called him “John.” 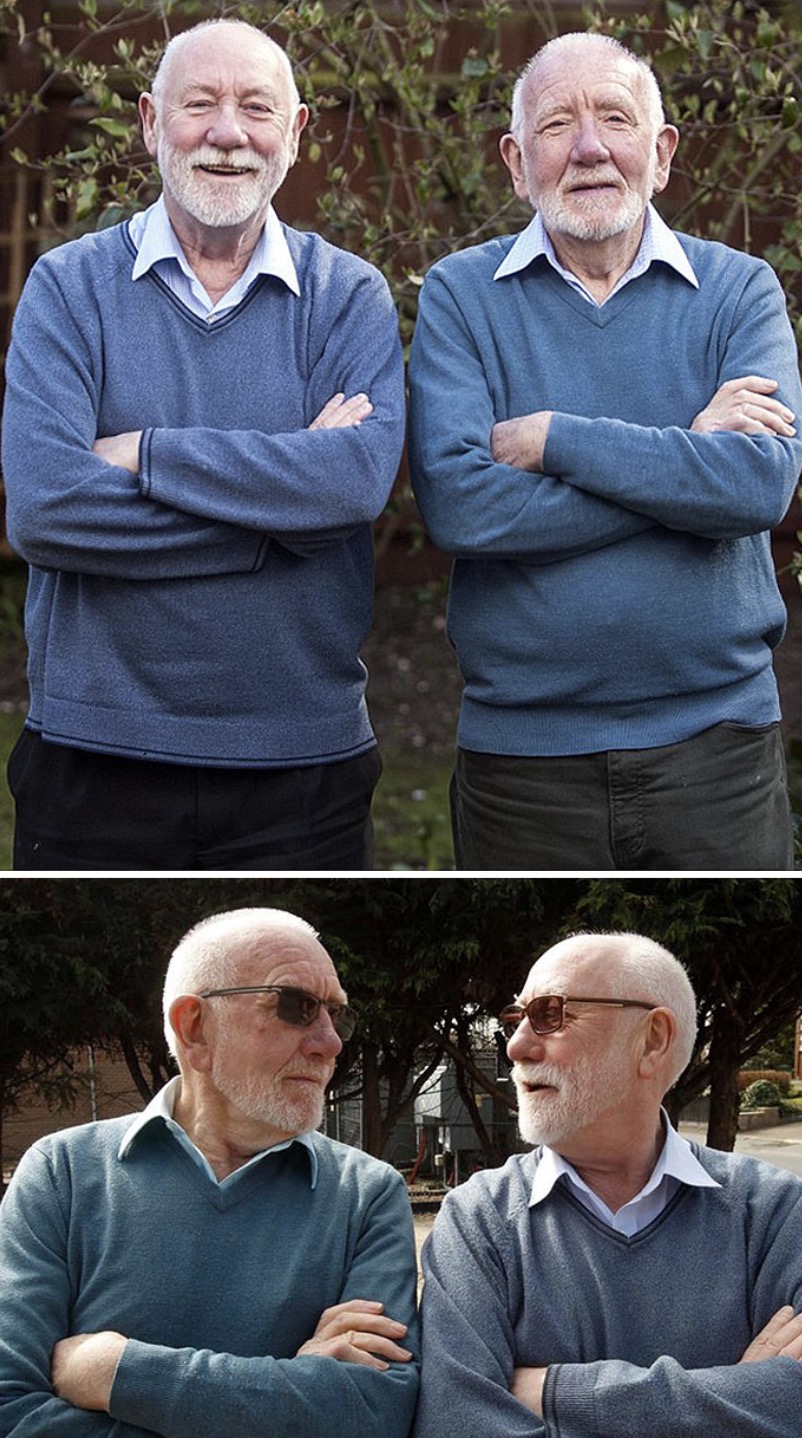 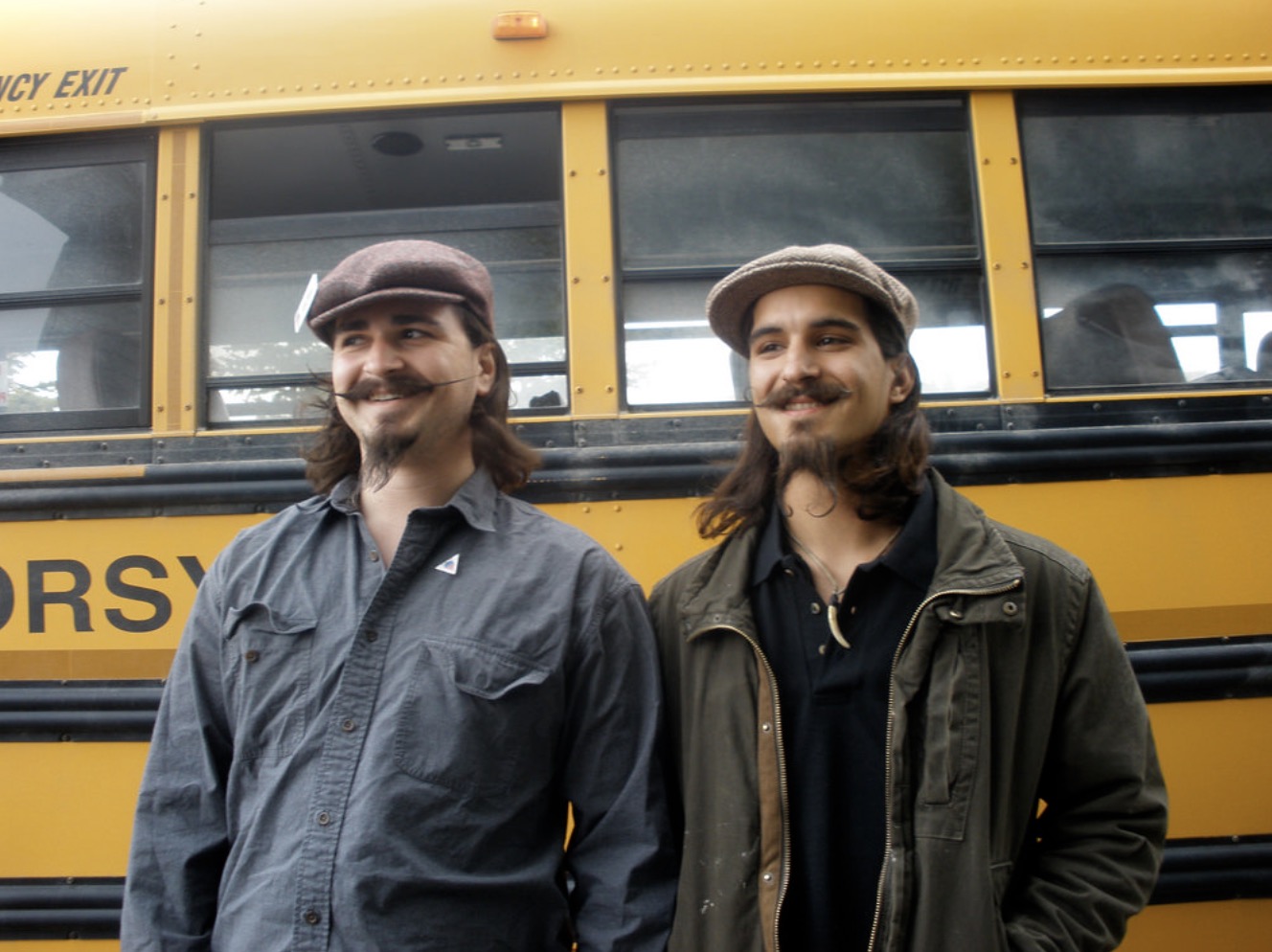 6. These doppelangers are also coworkers, although they SHOULD pretend to be the same person and share a job. 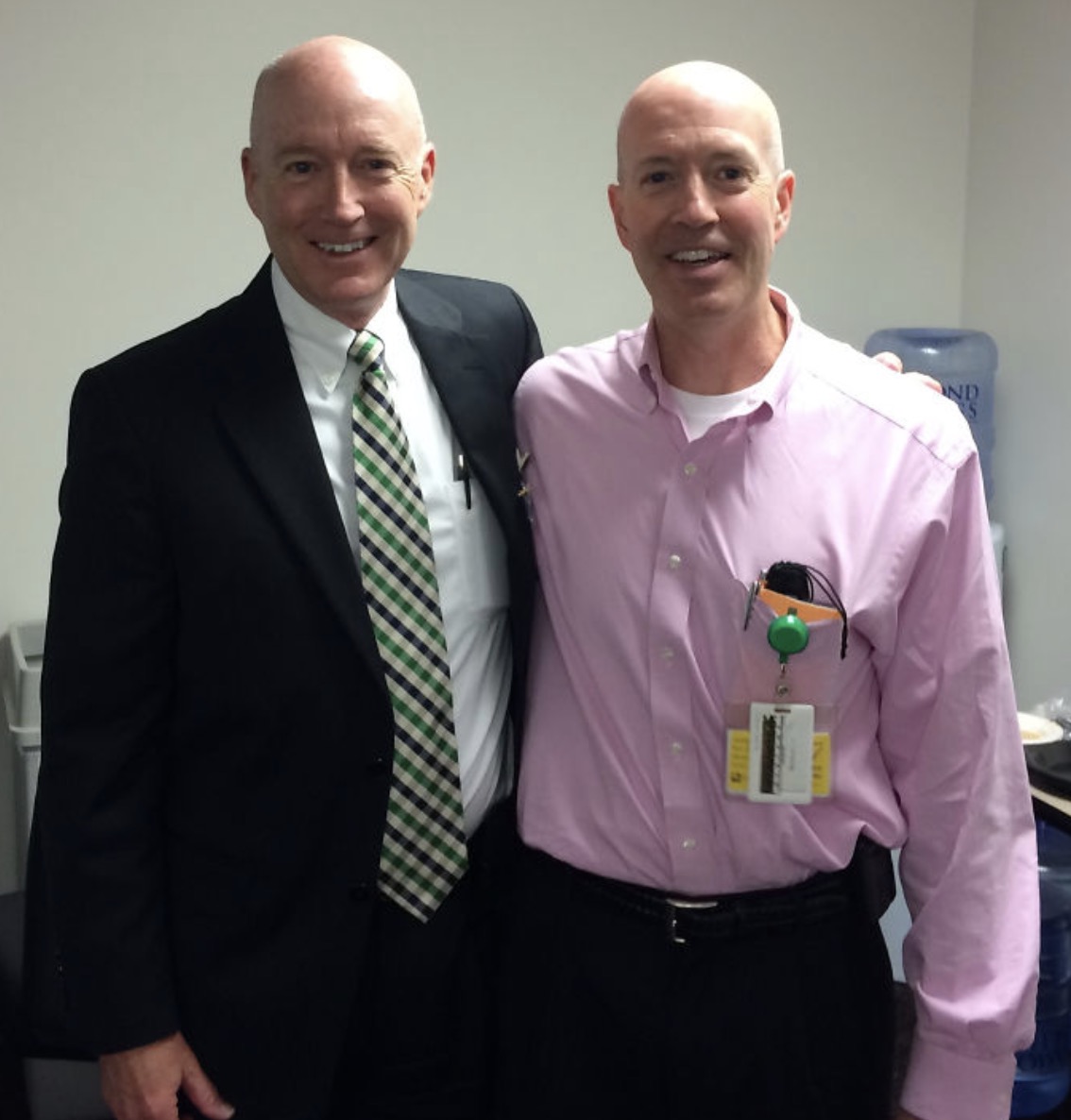 7. The glasses help. But so do the noses, the mouths, the beards, the hair, and the eyes. 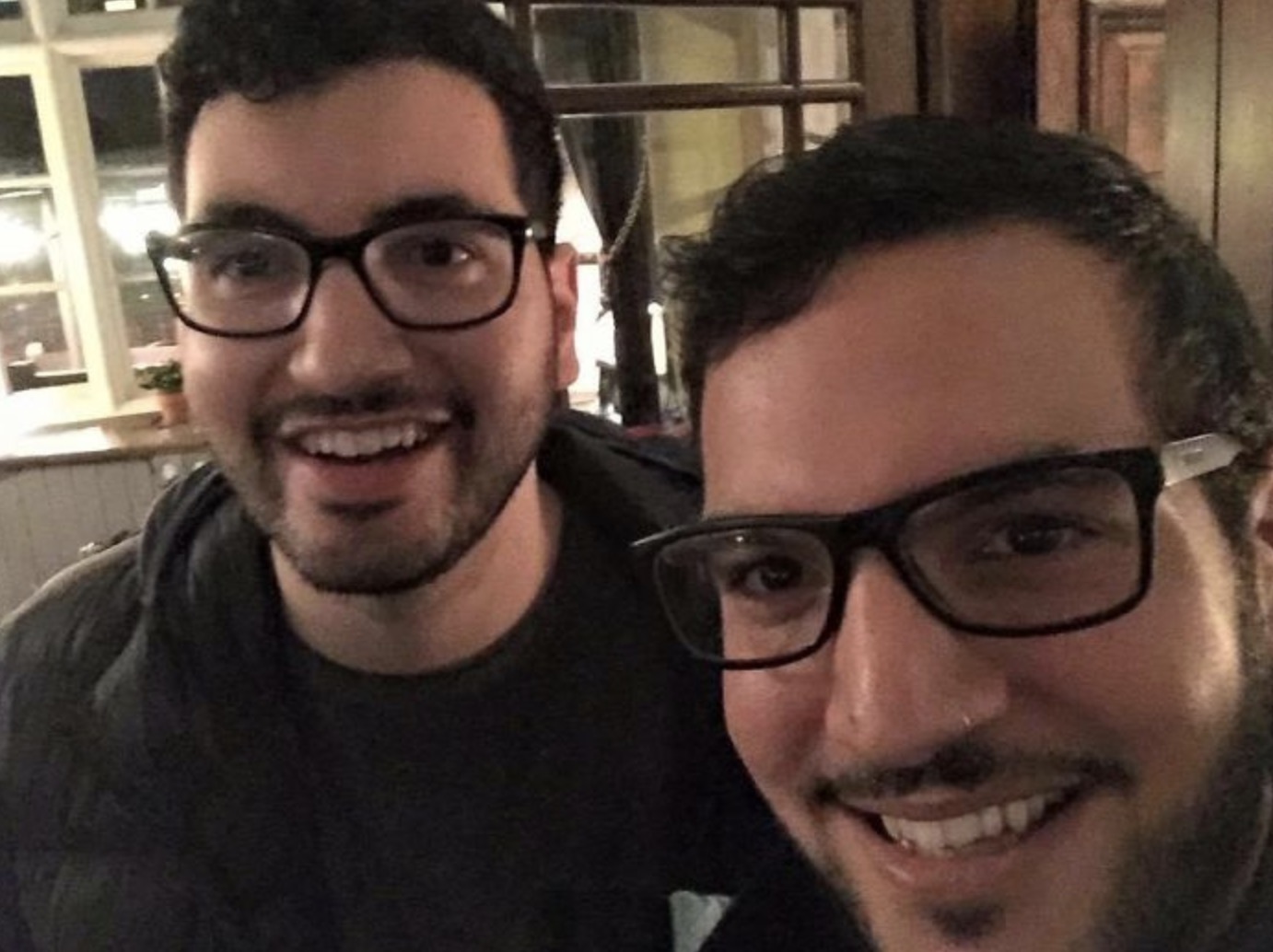 8. “Bumped into my doppelganger at Subic Bay. My Dad, brother, and cousins all mistook me for her.” 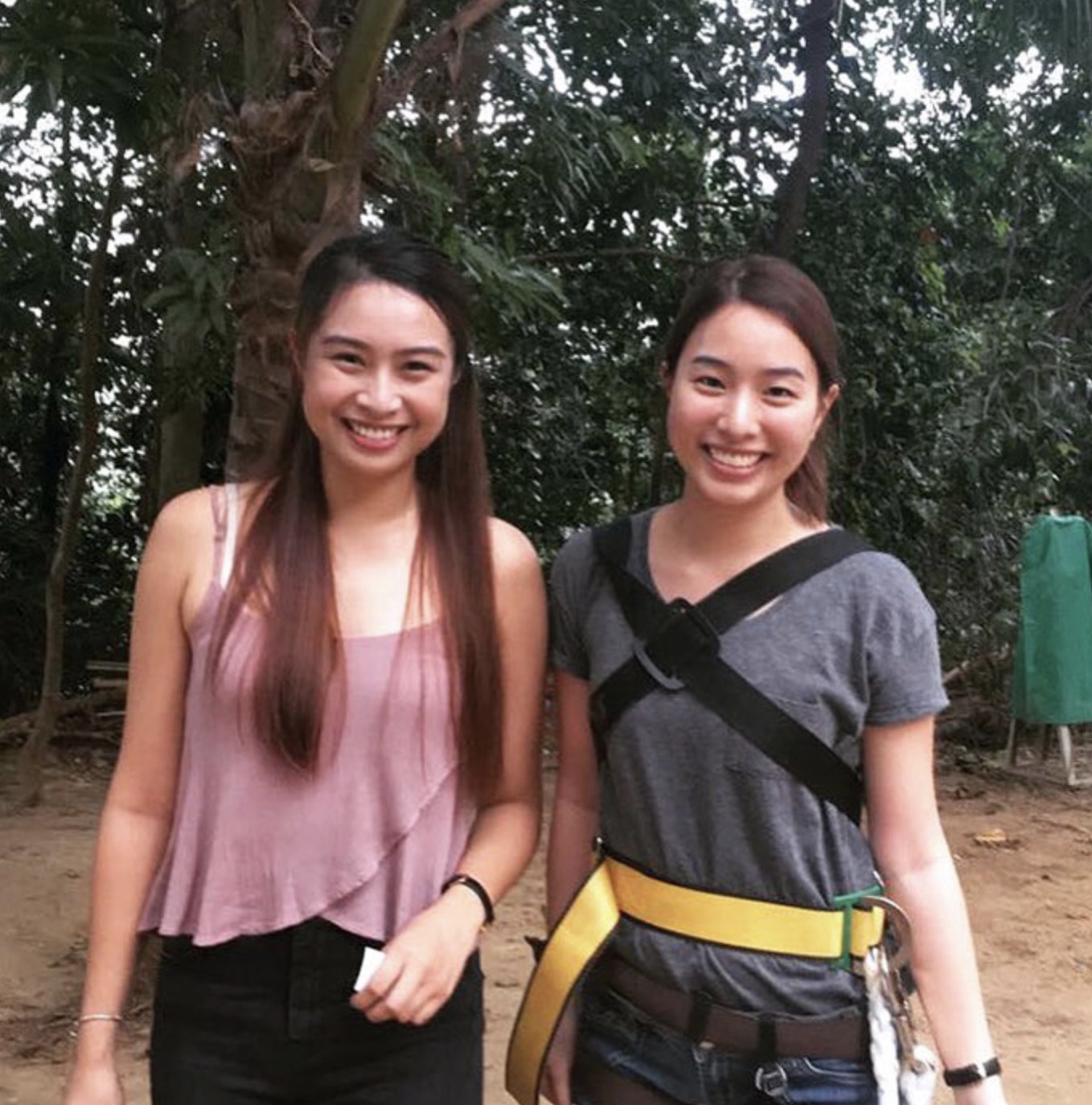 9. “My doppelganger was seated next to me on a plane. Then we accidentally checked in to the same hotel and went out for a beer.”

10. “My wife (left) met her doppelganger on our holiday to Rome.” 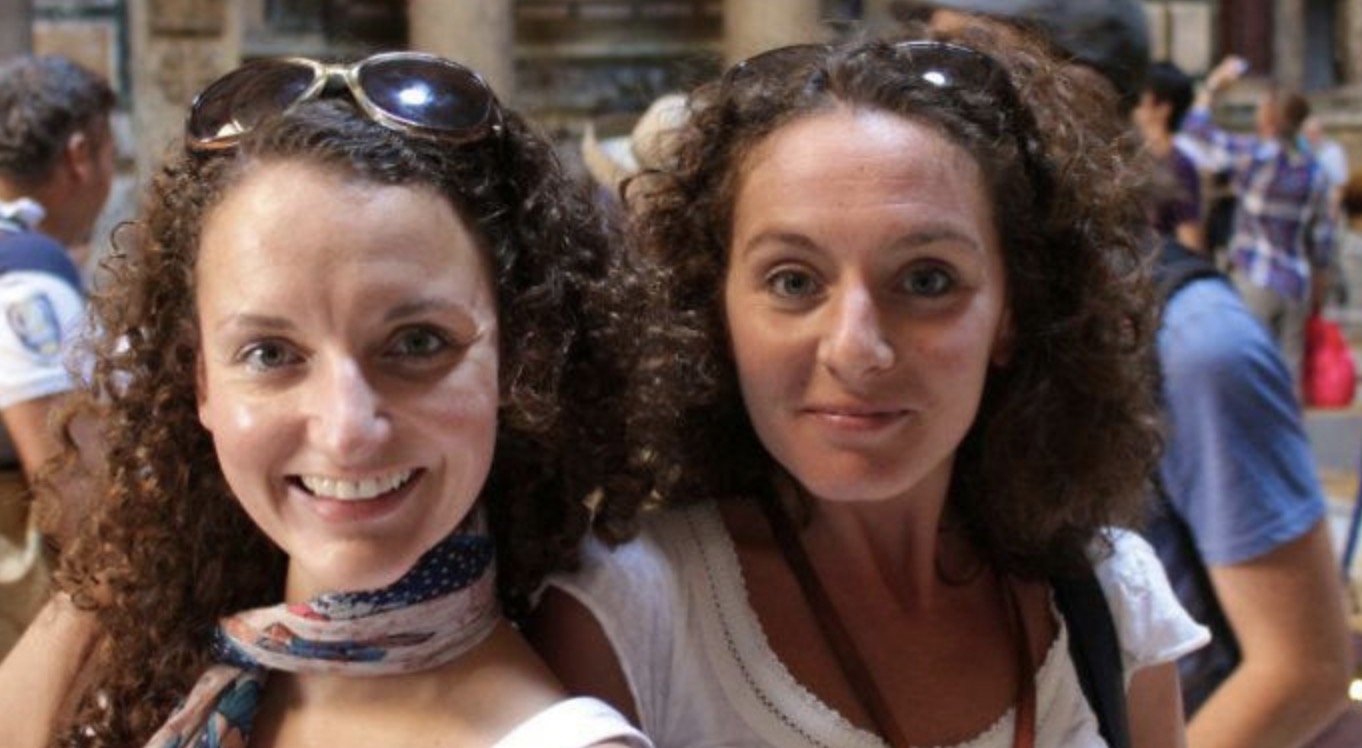 11. These two met at a wedding, but aren’t related. 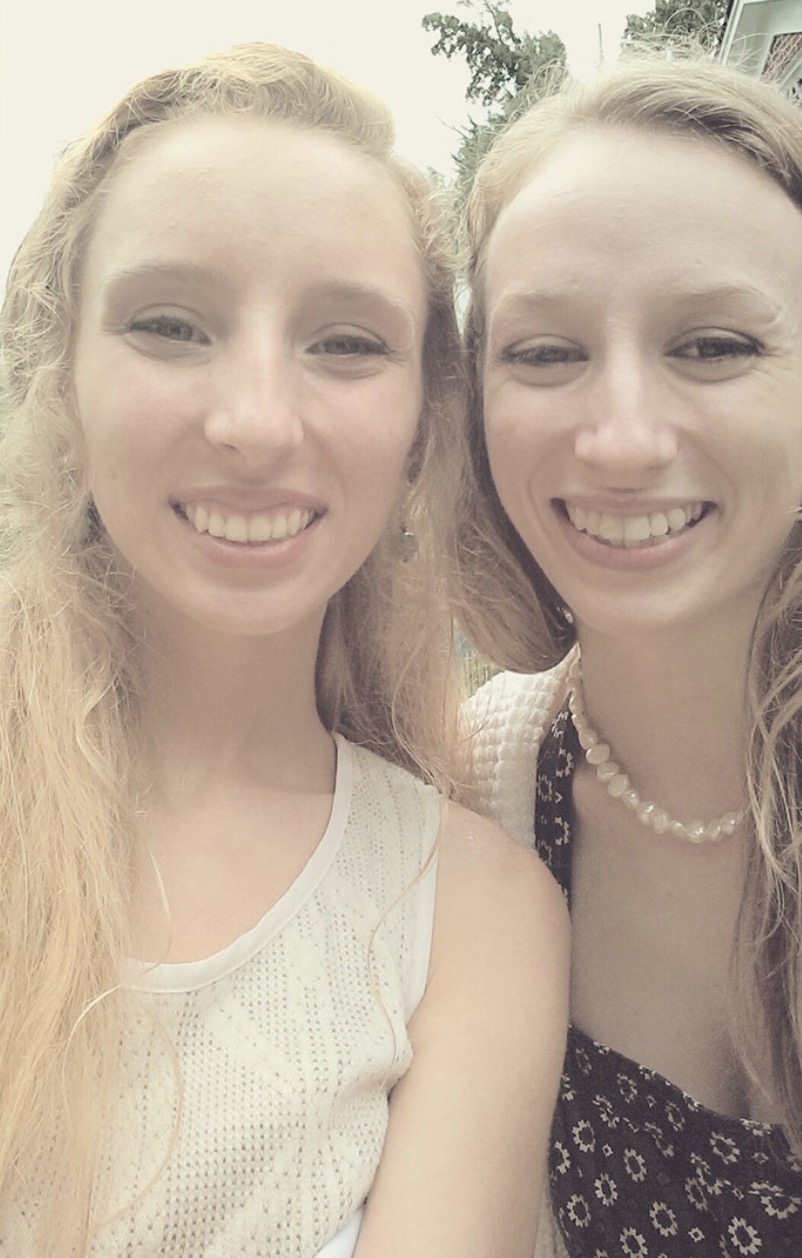 12. This girl met her doppelganger working at the mall. (And hopefully got to use the friends and family discount). 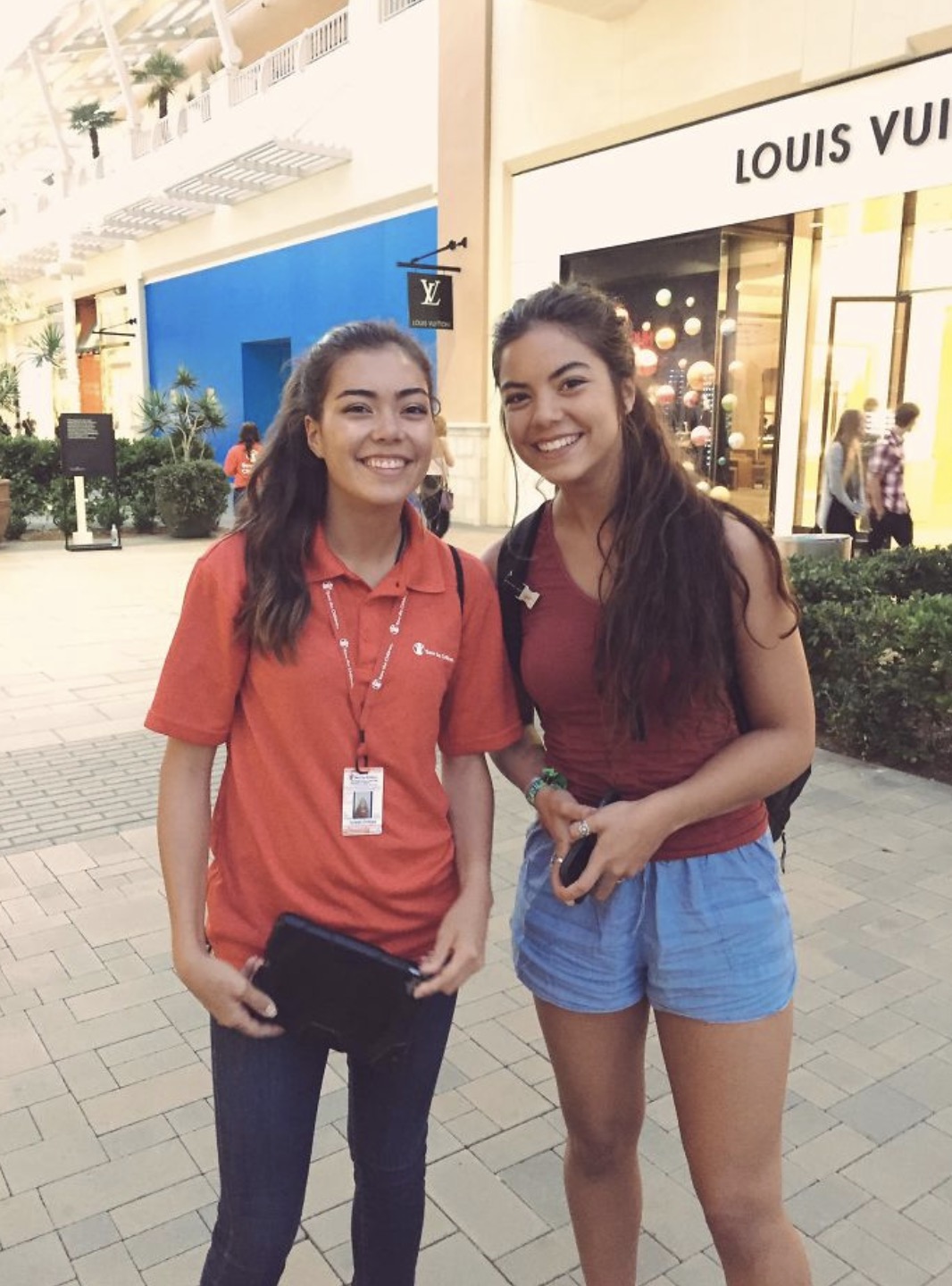 13. “Met my twin brother from another mother at a bar. His name is Adam and he also likes beer.” 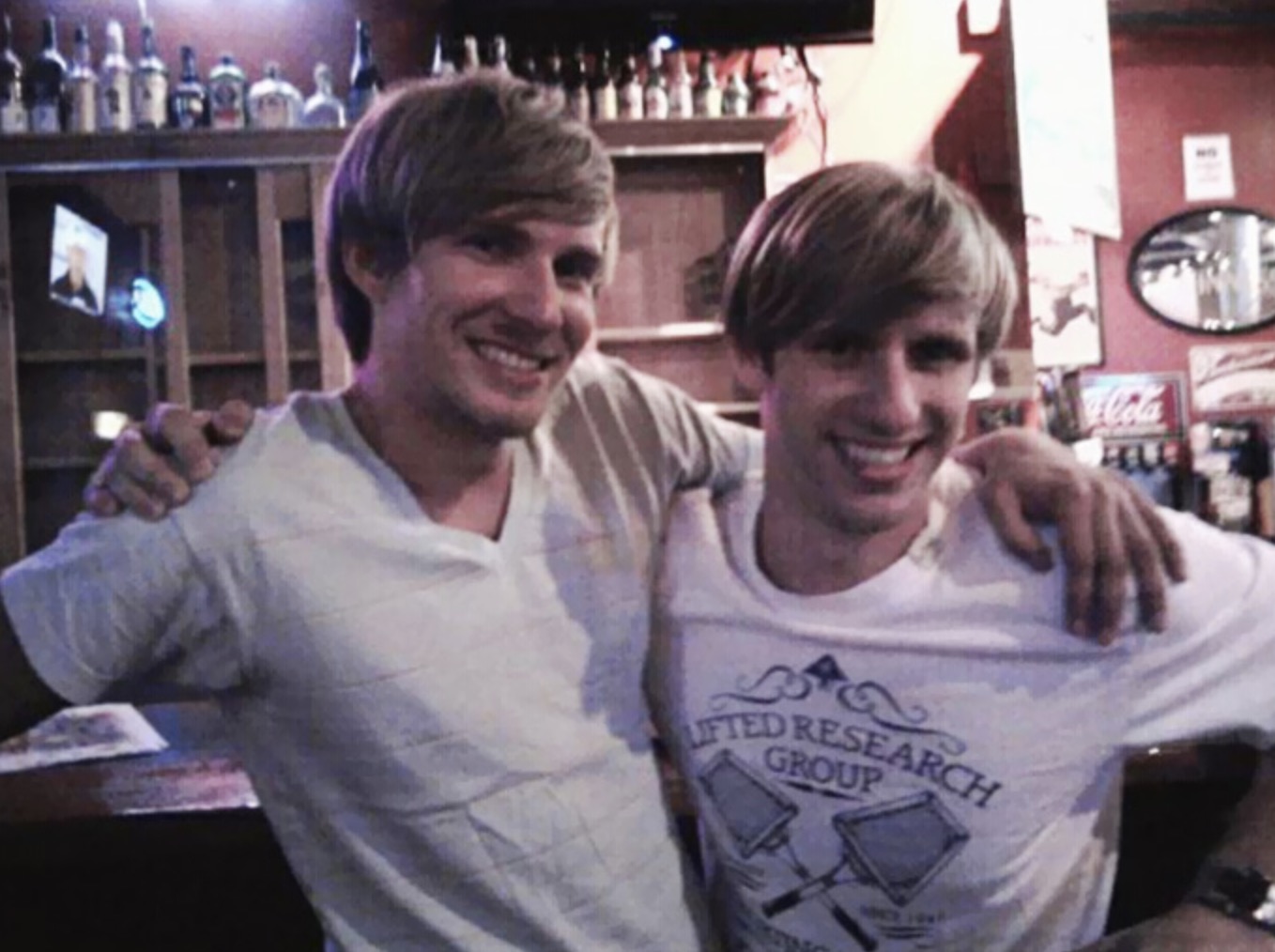 14. The face swap makes it even freakier.

15. Is there a factory somewhere that makes matching band kids? 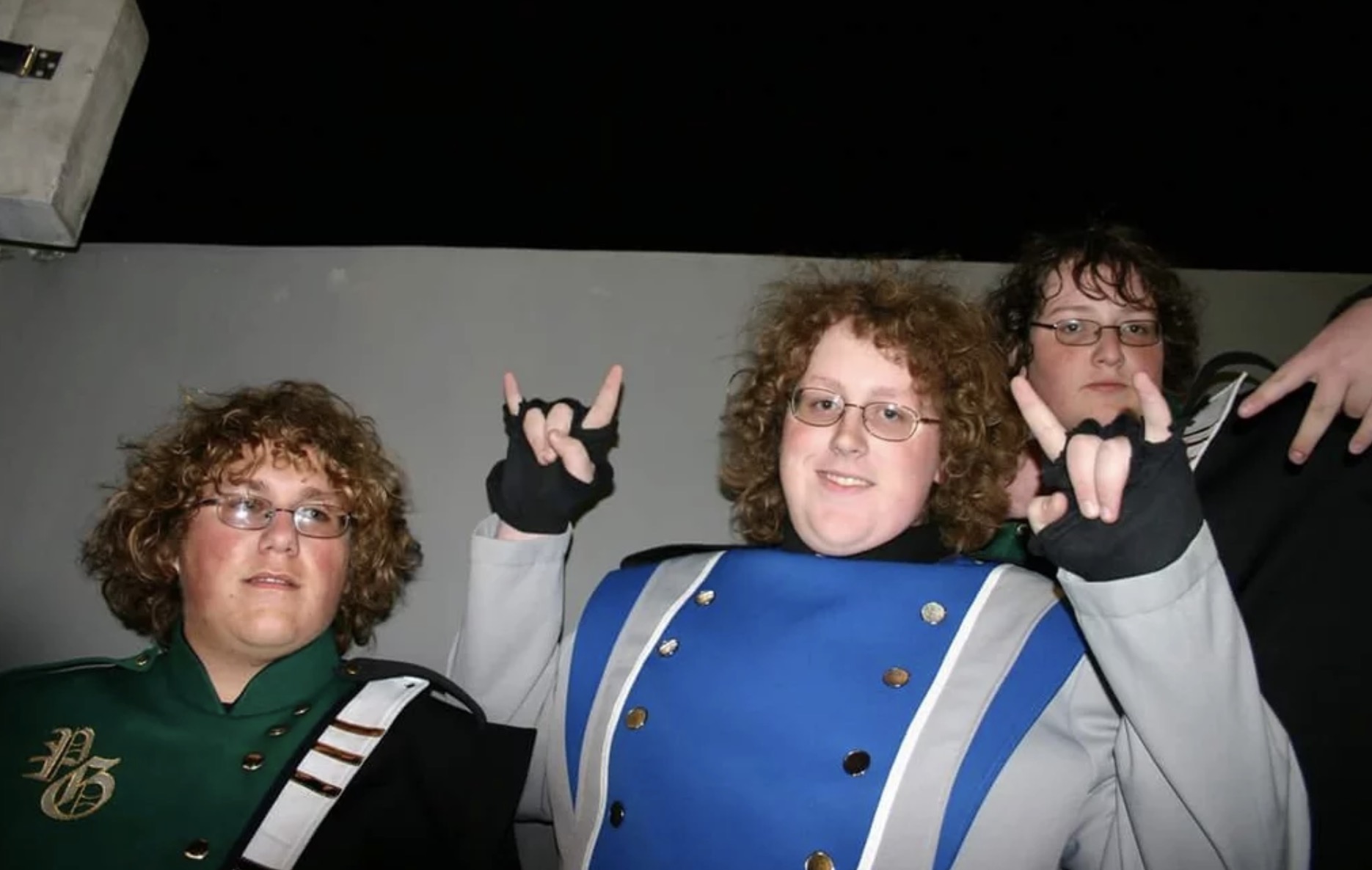 h/t: Bored Panda and Bright Side