15 Of The Greatest “Florida Man” Headlines Ever

Depending on what websites you frequent, you may or may not be familiar with the “Florida Man” meme. Over the years, people have noticed that the state of Florida is home to a particularly sordid and hilarious flavor of crime stories. Your typical “Florida Man” headline often involves some combination of bizarre logic, daredevil behavior, public intoxication, and shirtlessness. These headlines seem to appear in the news on a weekly basis, and they almost always go viral.

And sure, “Florida Man” is a bit of a stereoytpe. No, not everyone from Florida is like that. And no, men from Florida aren’t the only people who get up to these shenanigans–anyone can have the heart of a Florida Man!. But you can’t deny that there have been literally hundreds of hilarious “Florida Man” headlines over the years. And here are 15 of the best, all compiled by the @_FloridaMan Twitter account. (via Bored Panda).

1. A perfectly valid reason to get a pilot’s license. 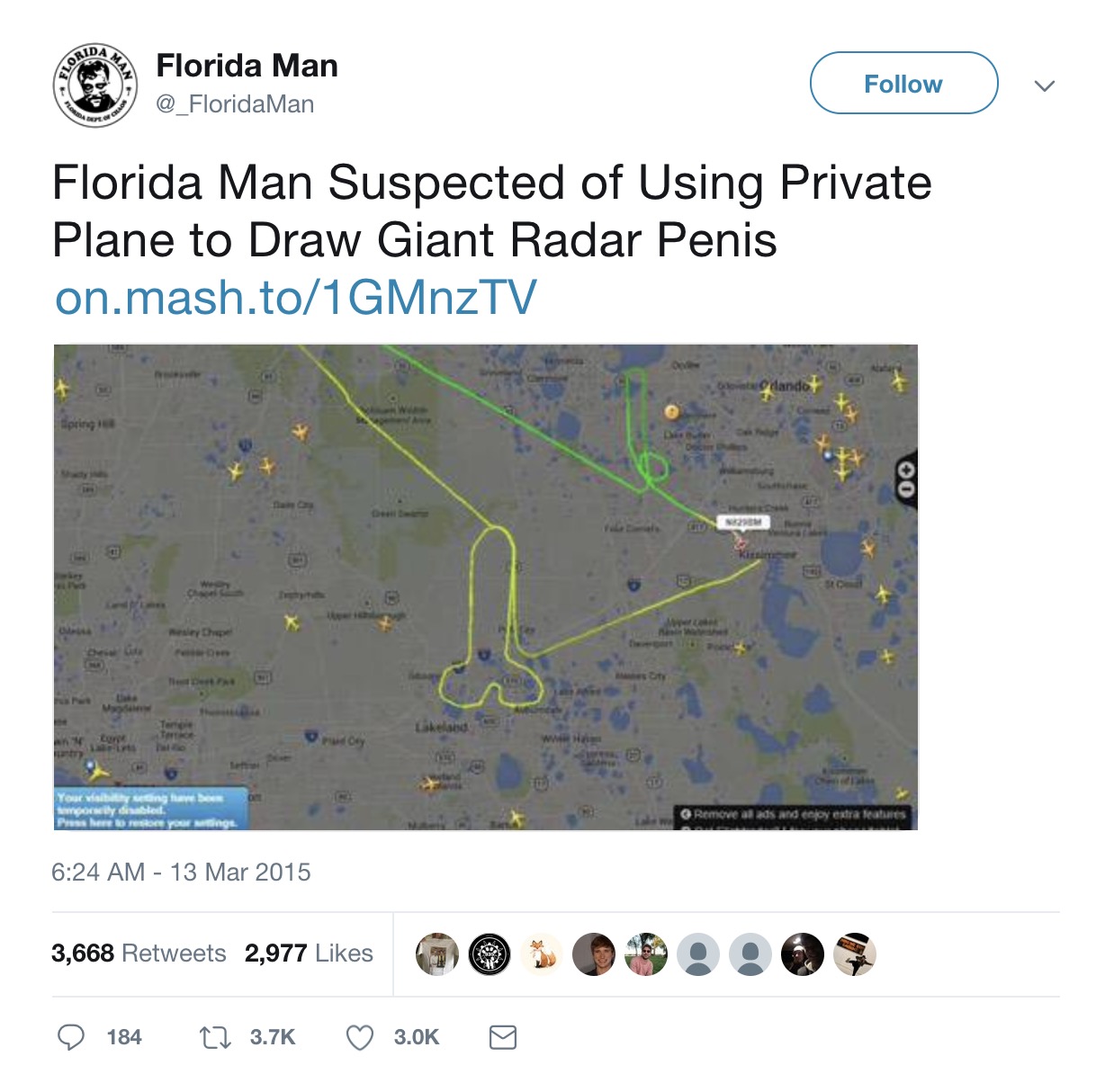 2. How will the police ever catch such a criminal mastermind?! 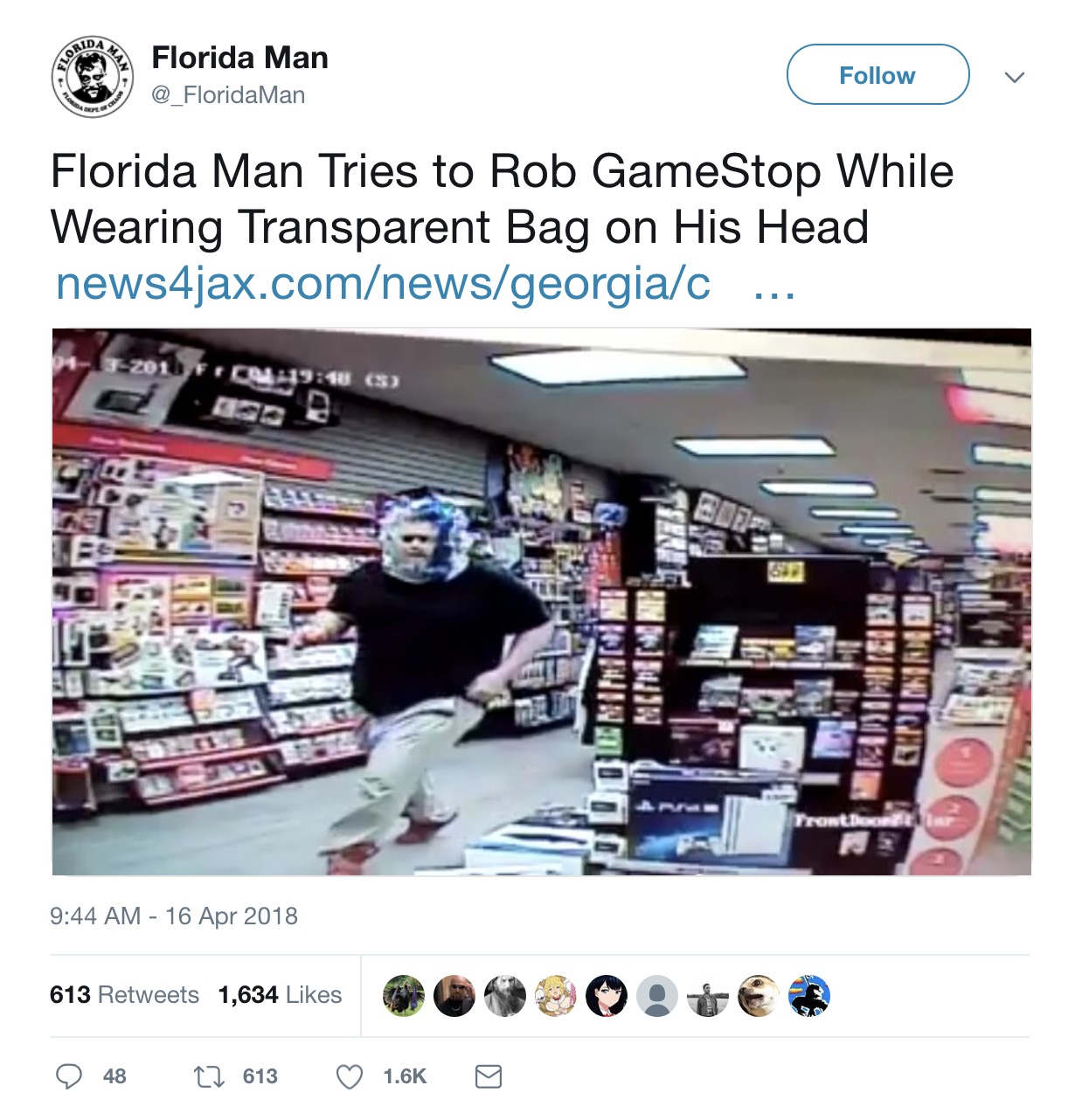 3. Everyone laughed at The Wright Brothers, too. 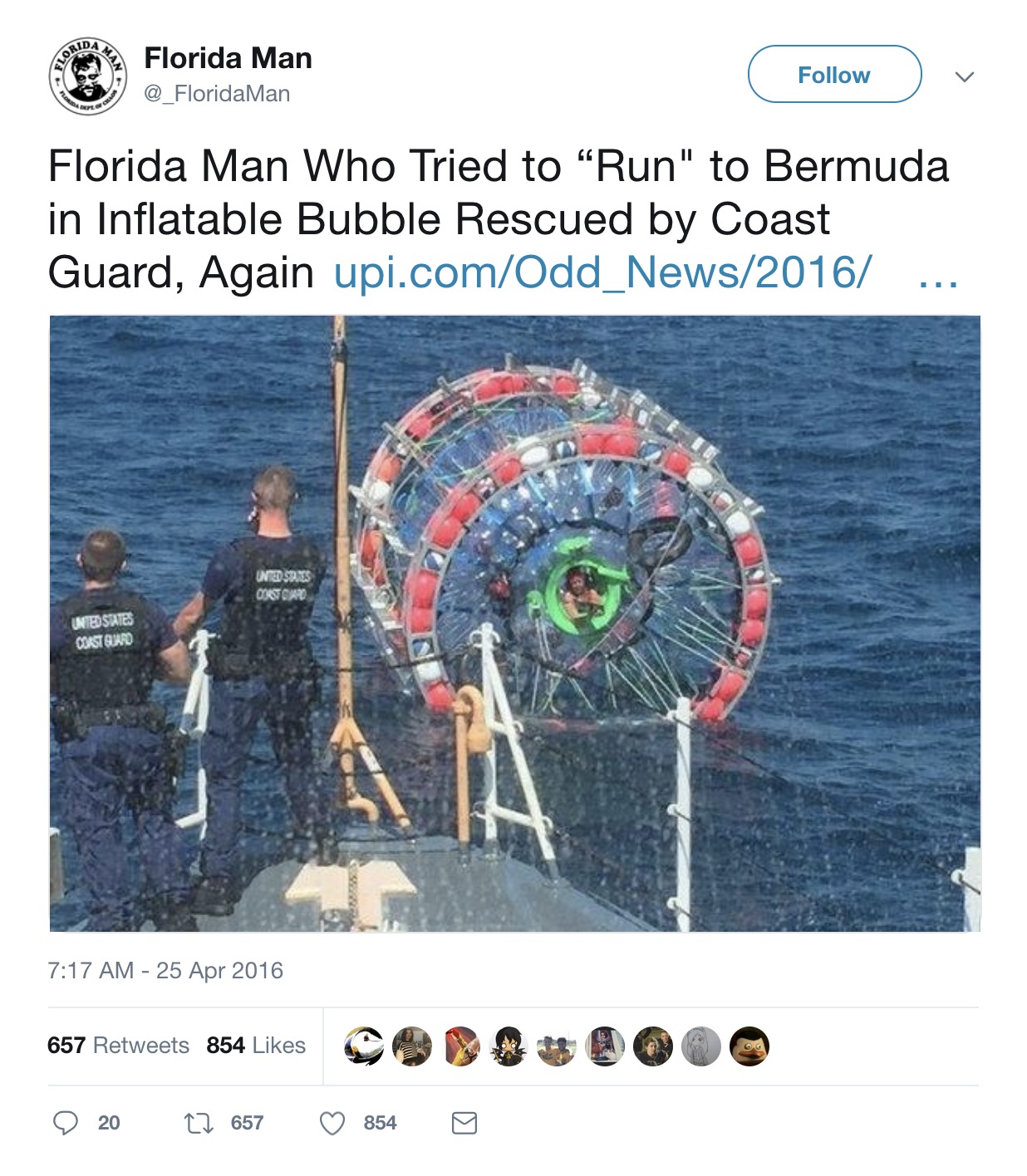 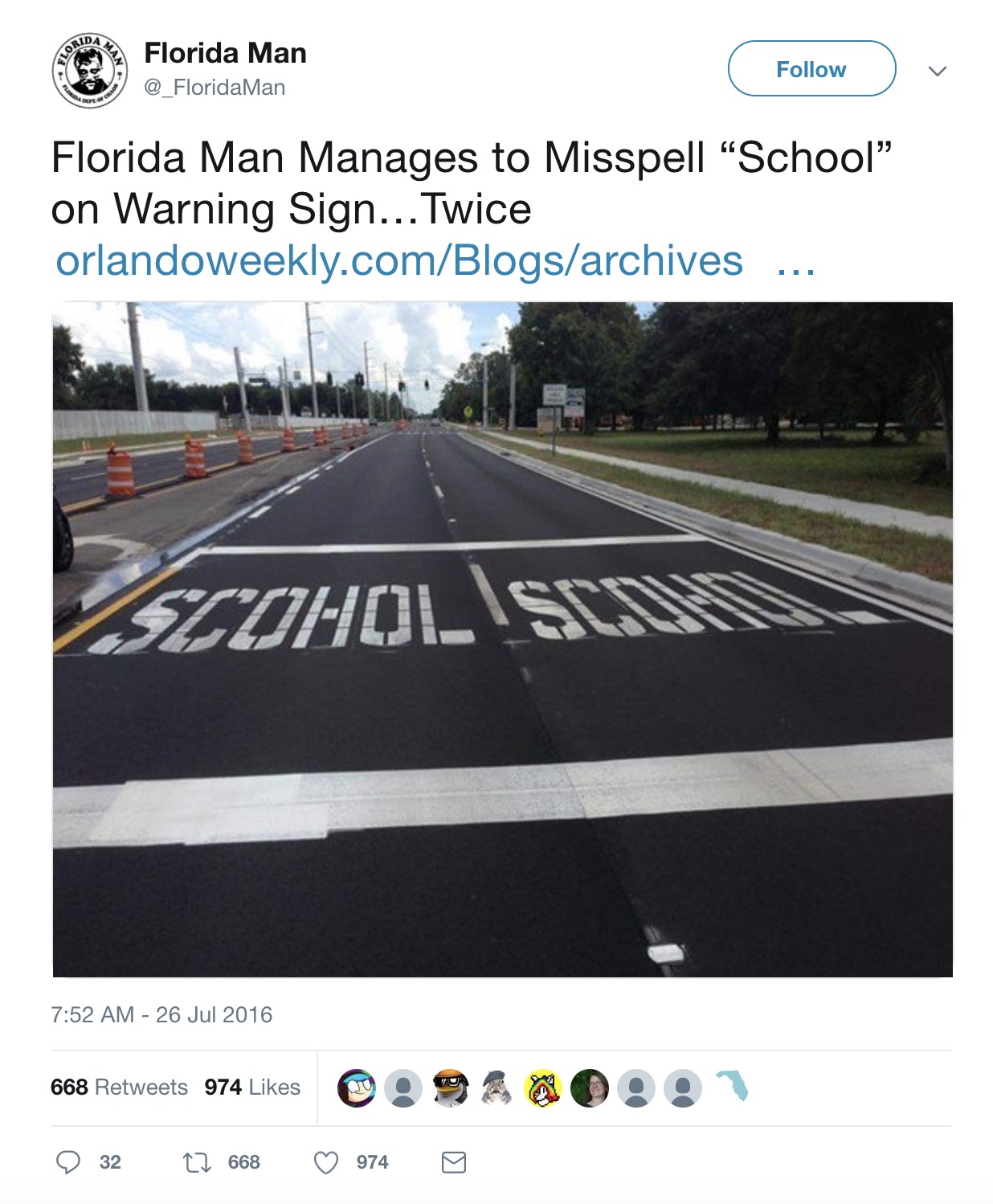 5. One Flew Over The Cuckoo’s Urinal 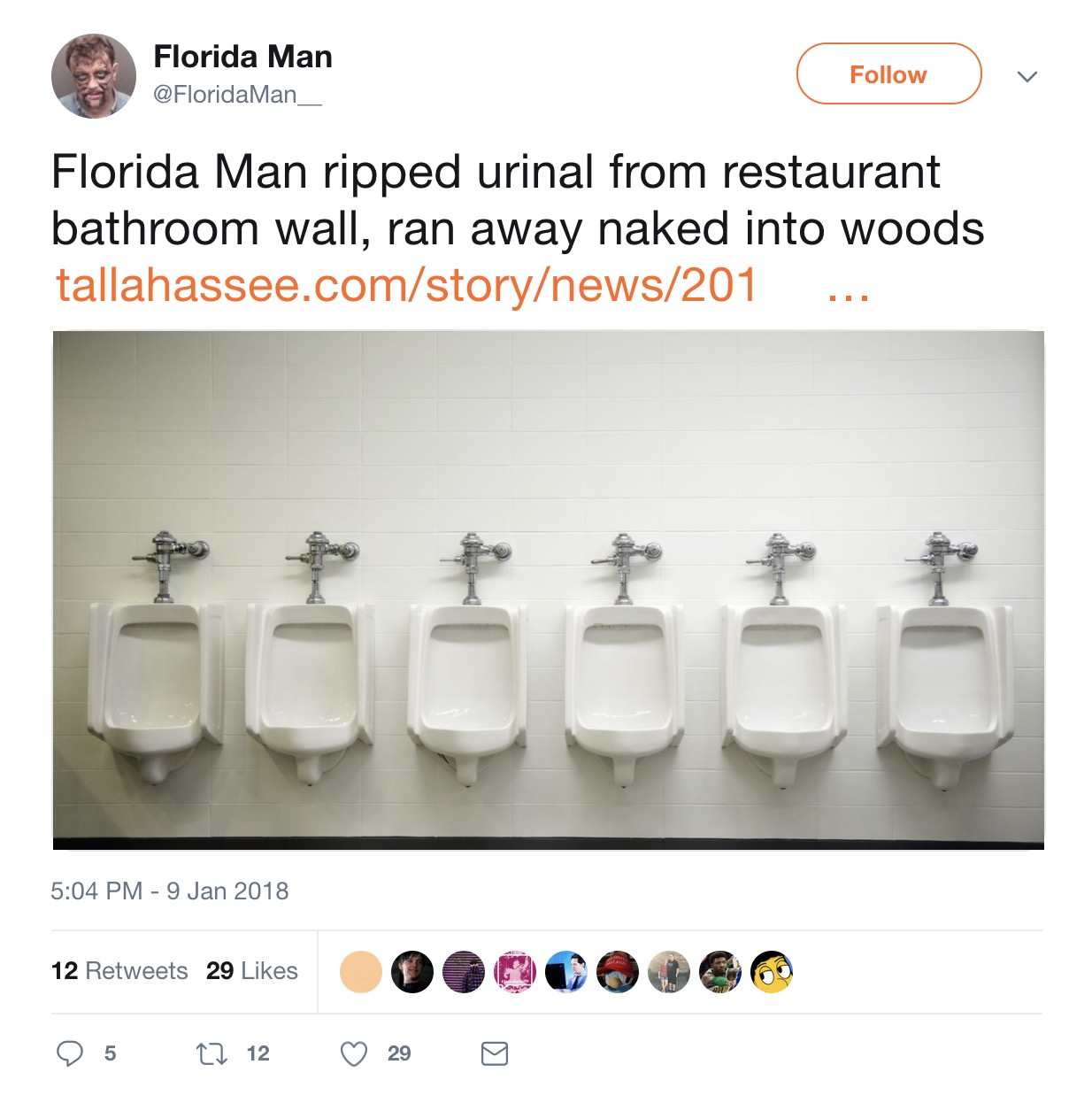 6. He just wanted some wheels, not a lifelong commitment. 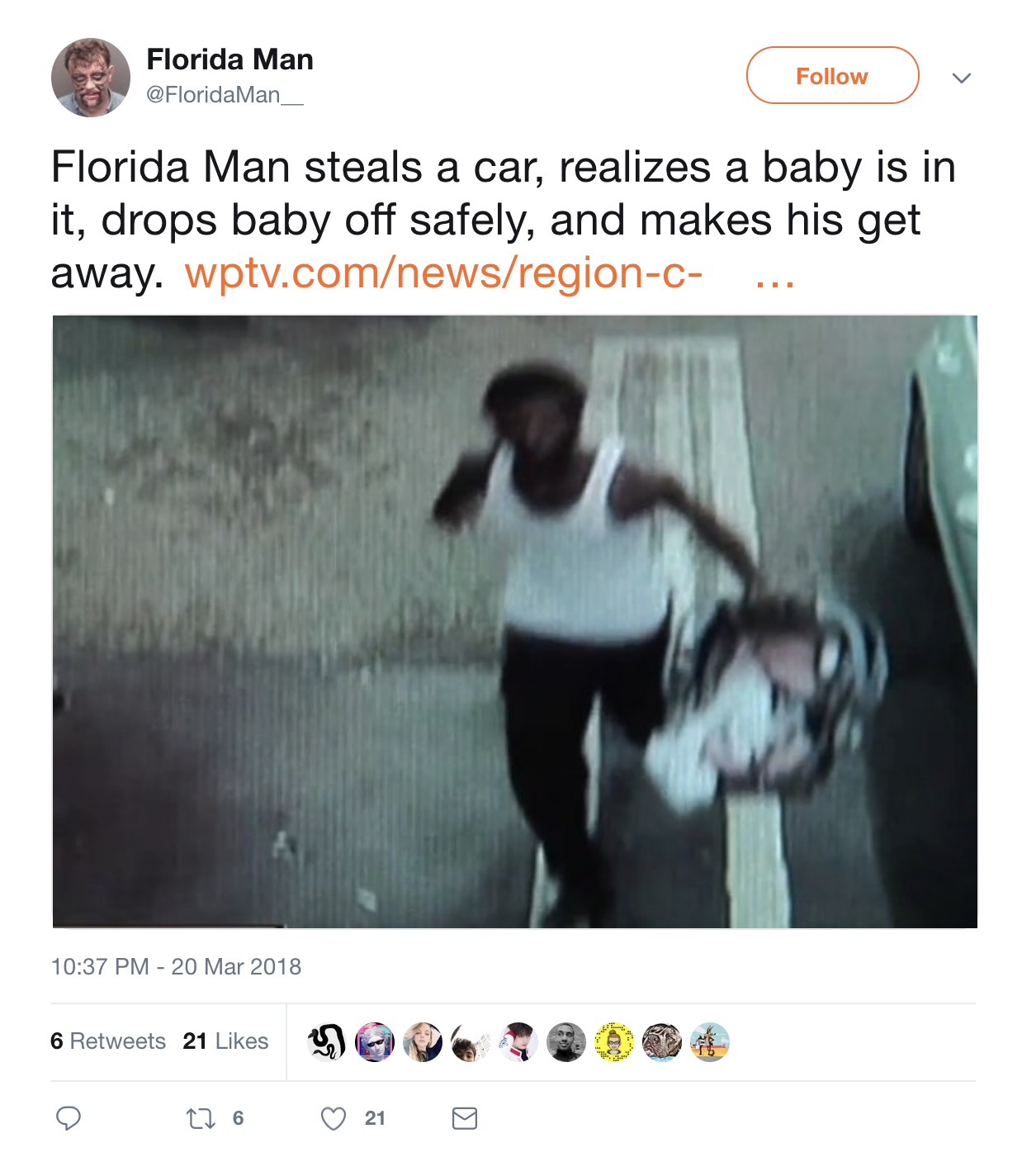 7. Honestly, he’s probably an improvement over lots of senators. 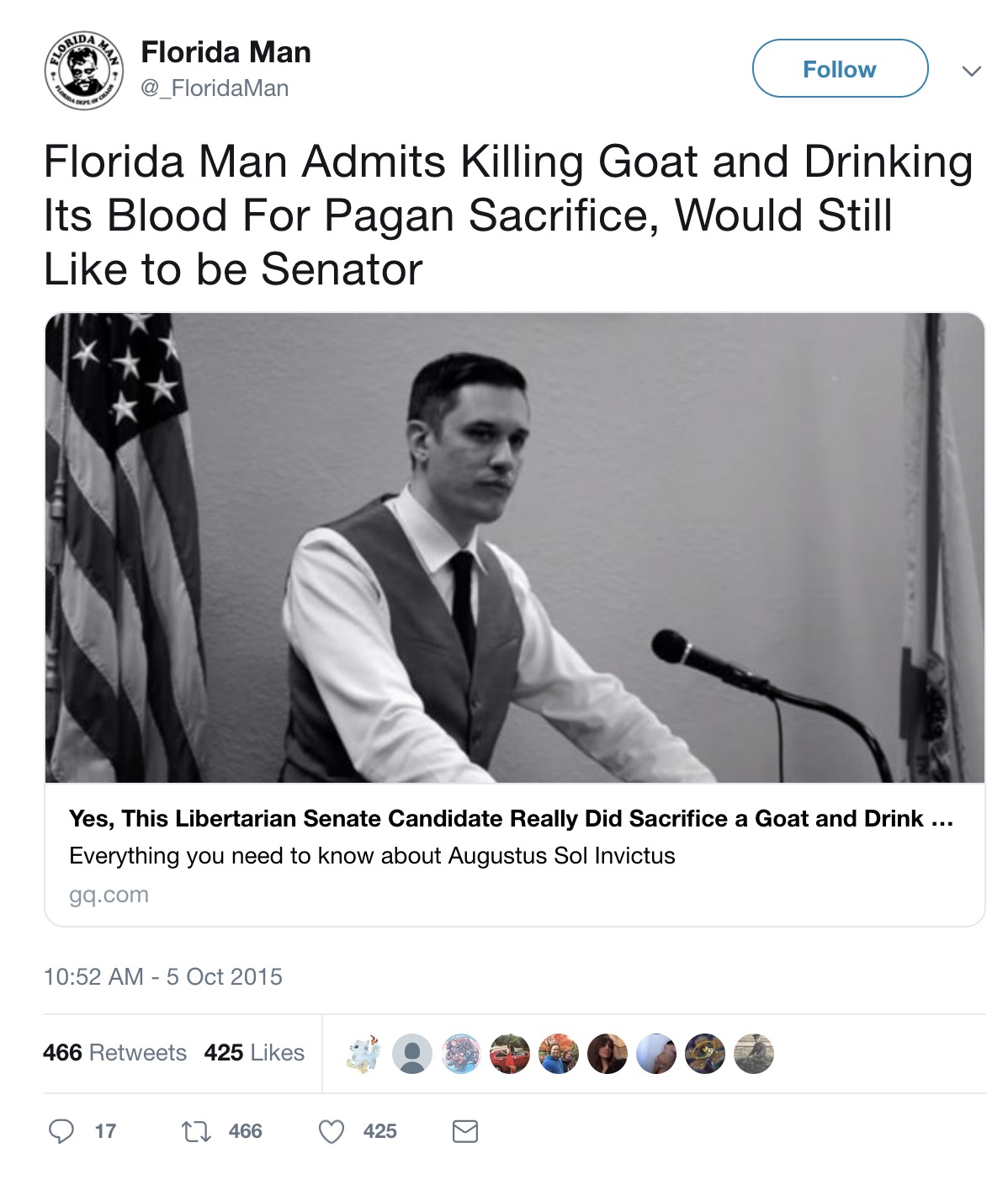 8. In Florida, this is called “Tuesday.” 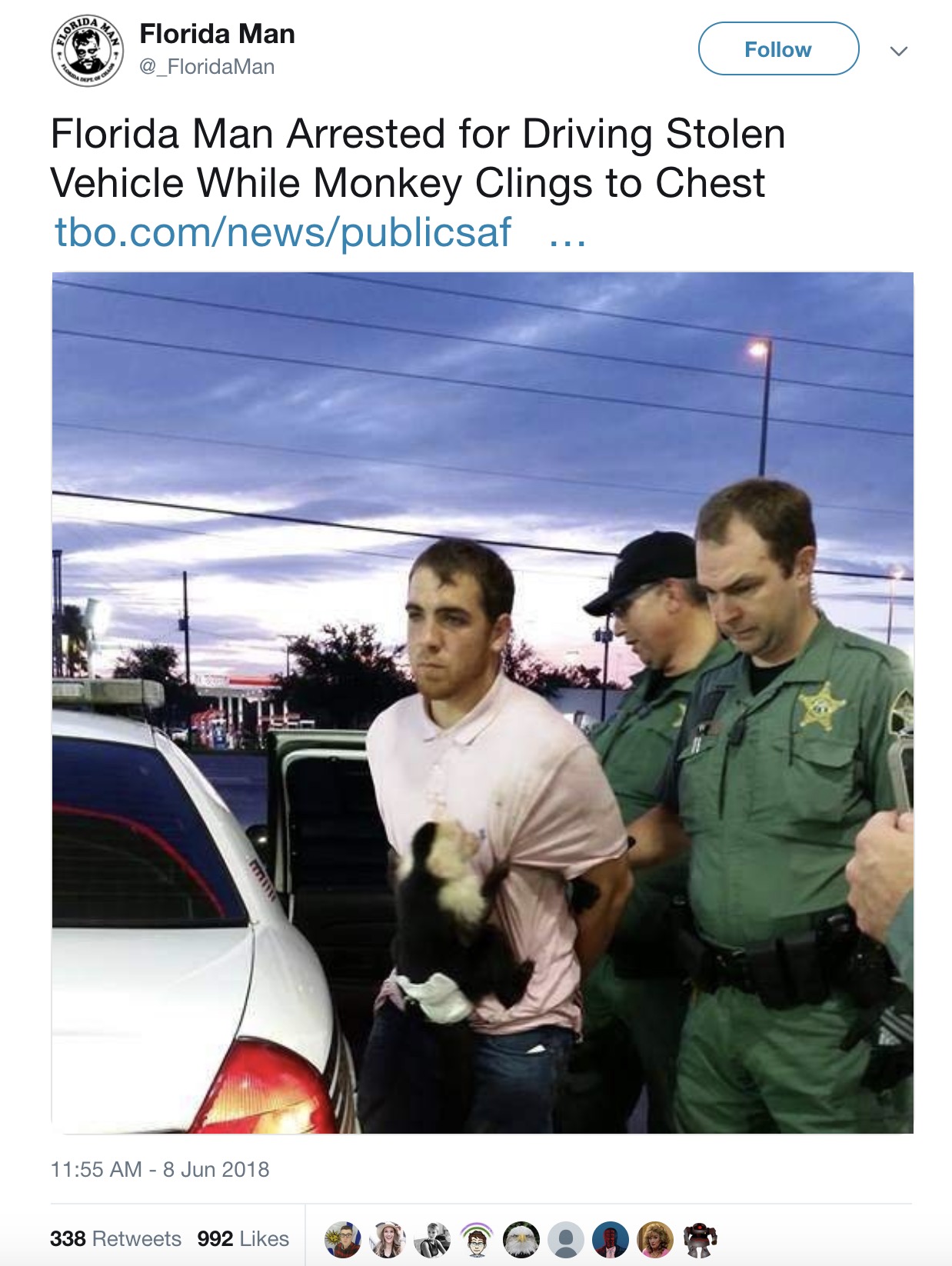 9. We find the defendant guilty….of being a badass! 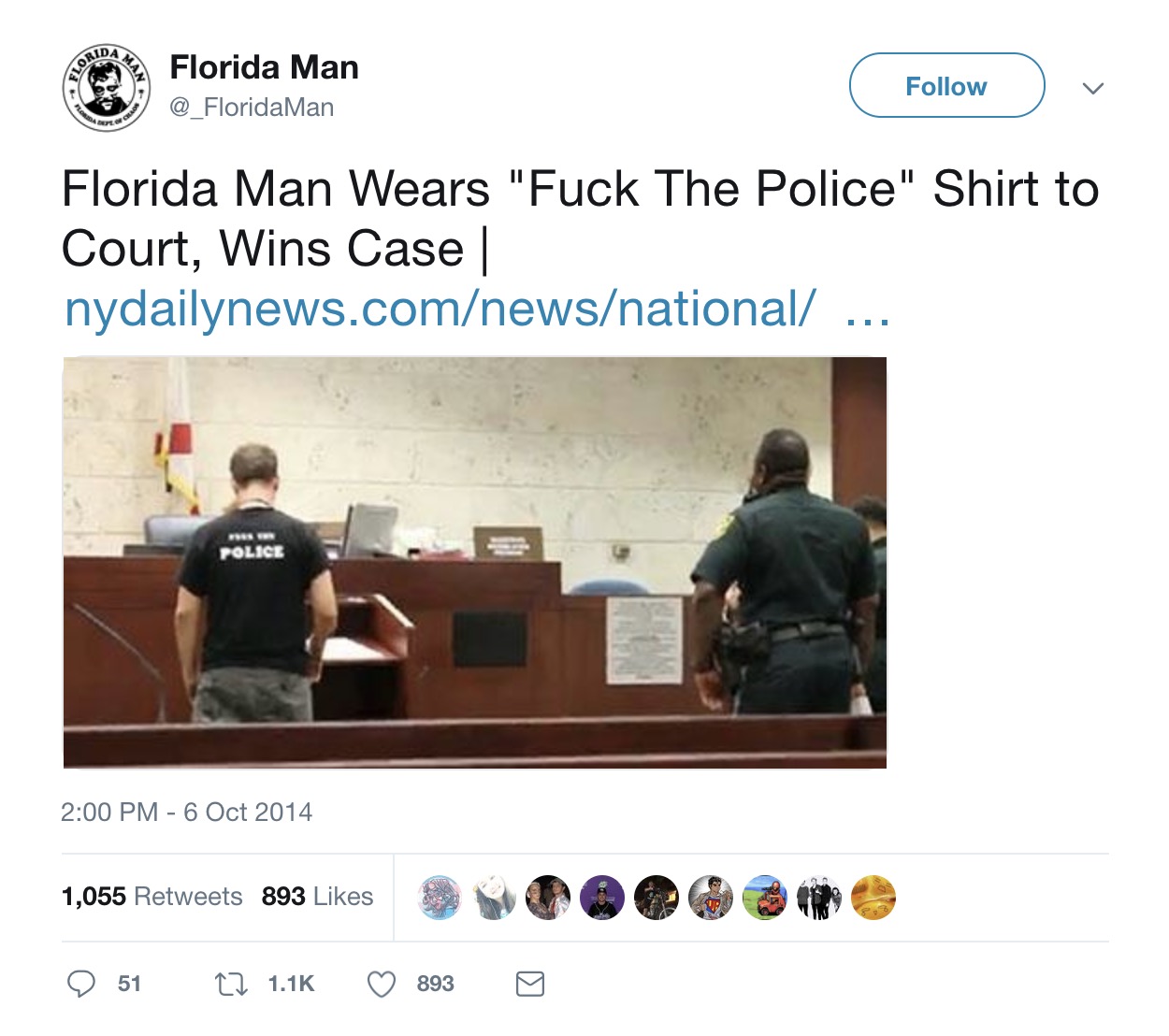 10. Technically, officer, I was drinking and stopping. 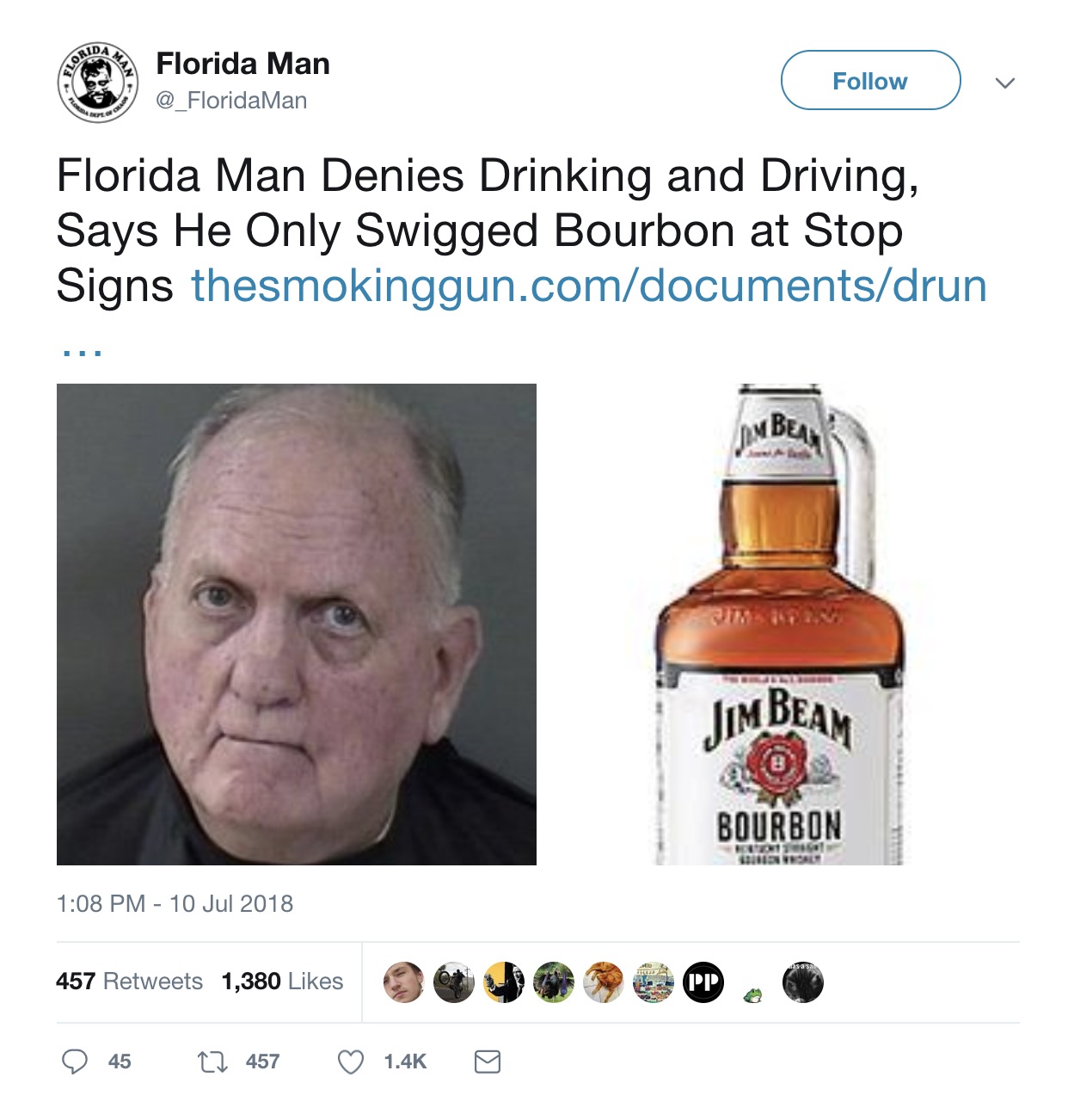 11. When you wanna call an Uber, but your phone is dead, this is the next best thing. 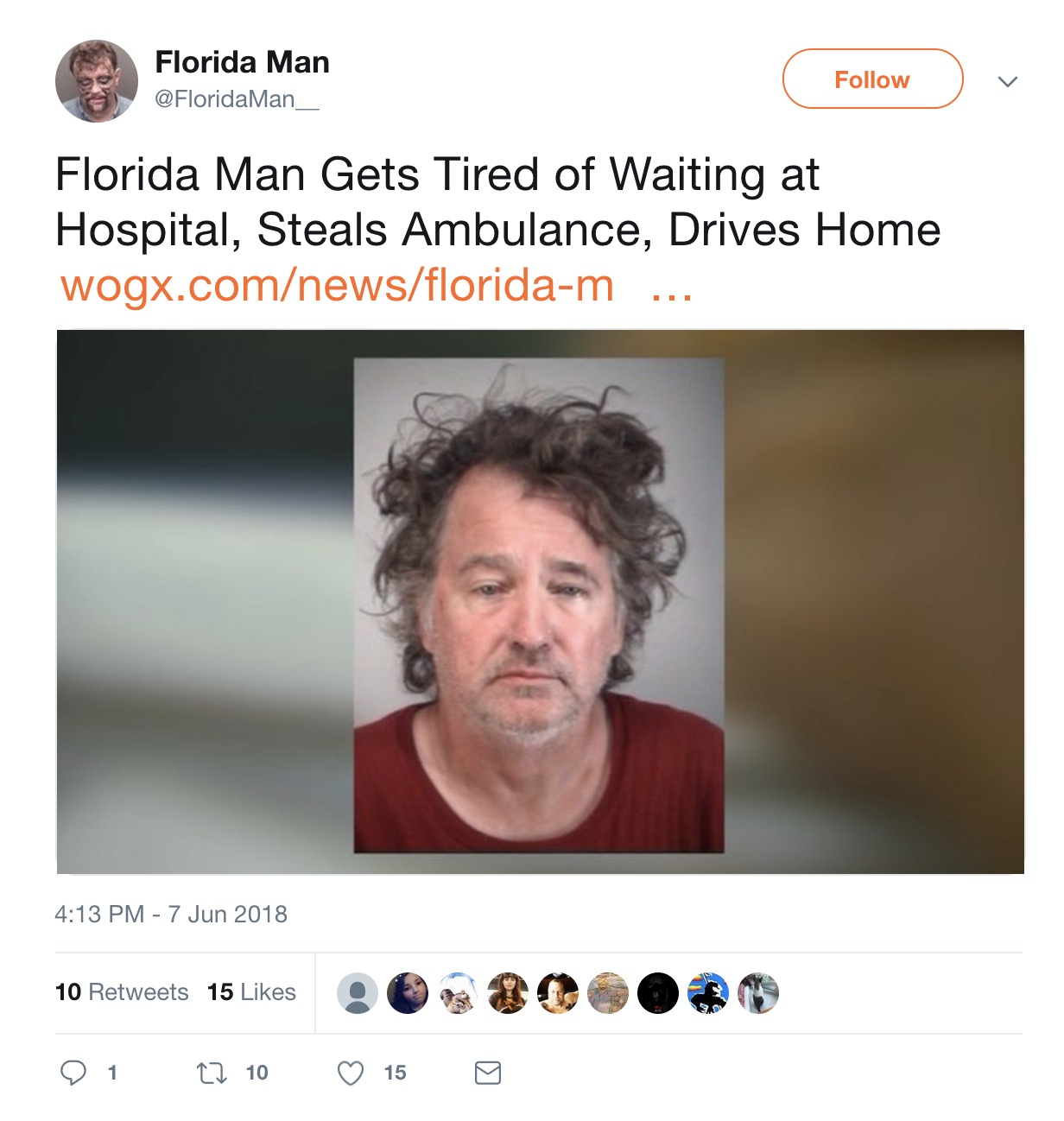 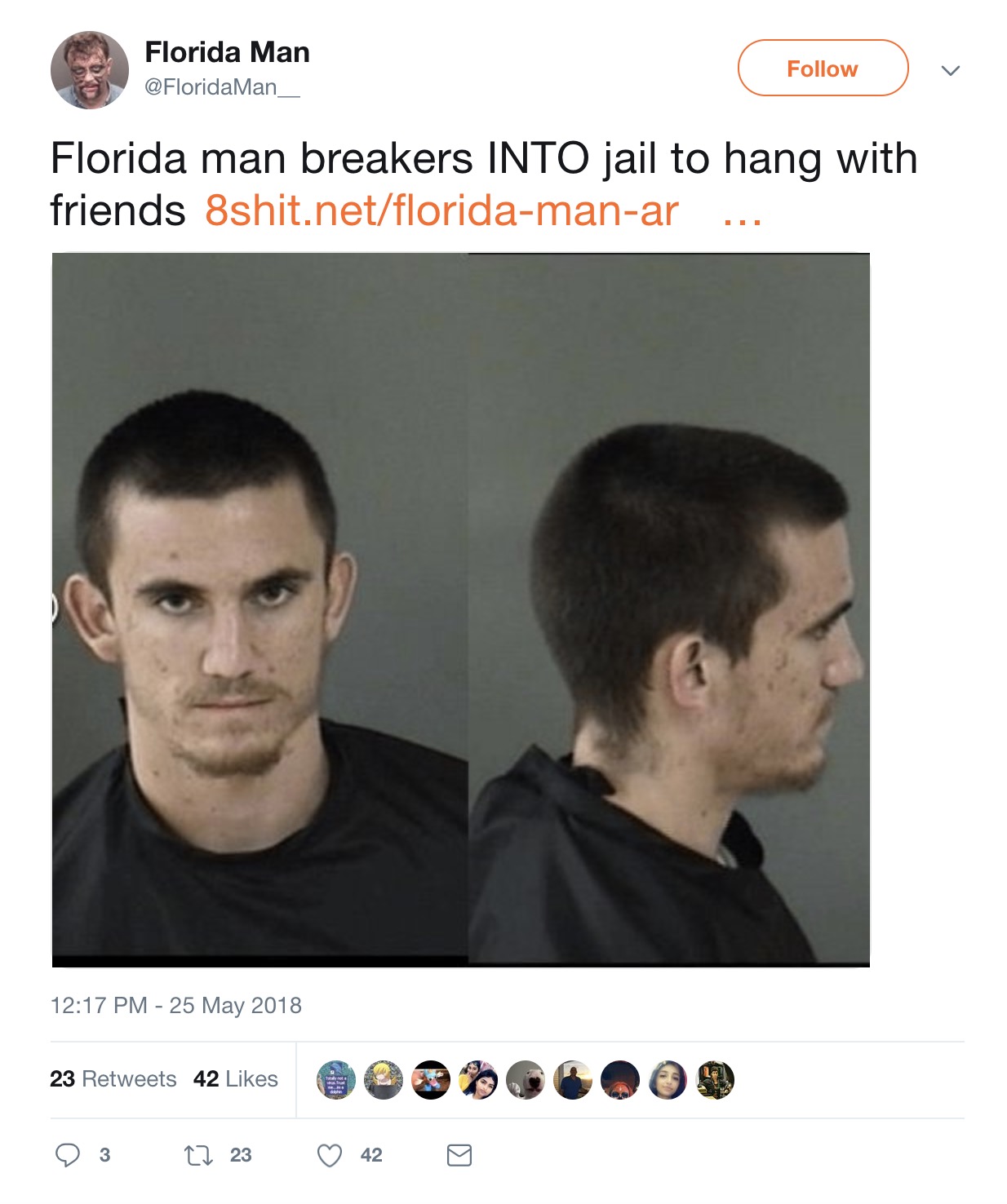 13. Oh, so now it’s illegal to be an entrepreneur? 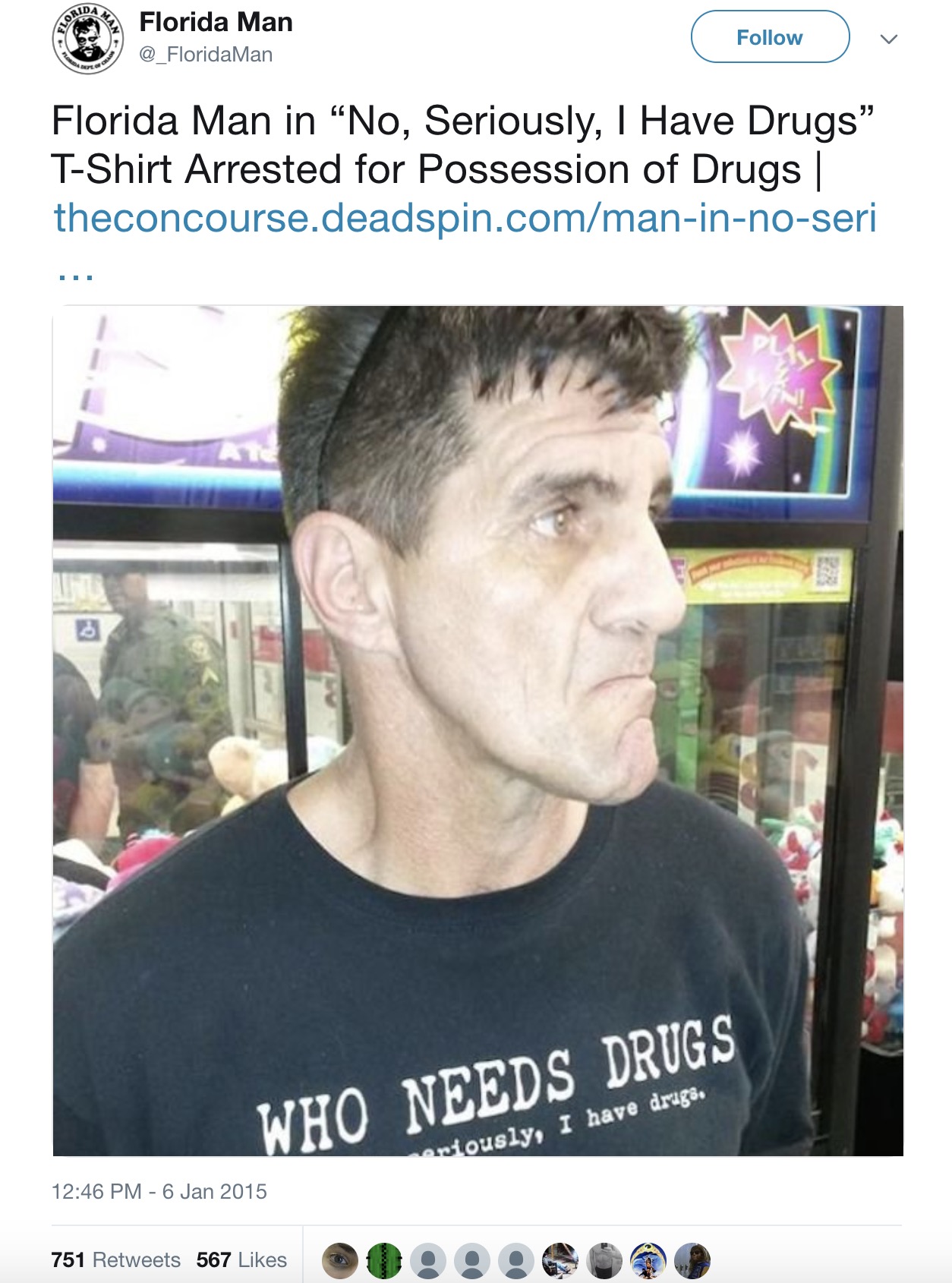 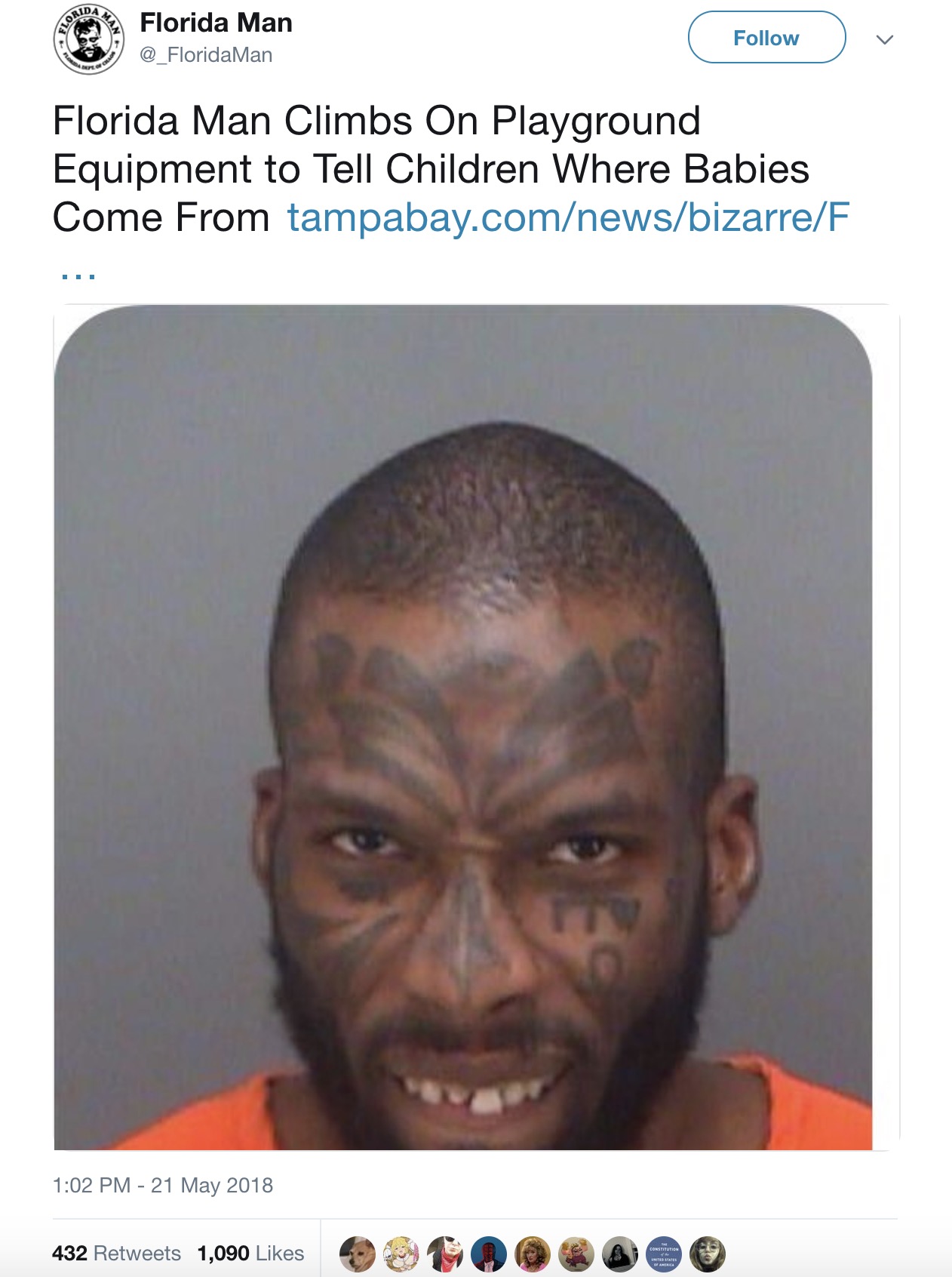 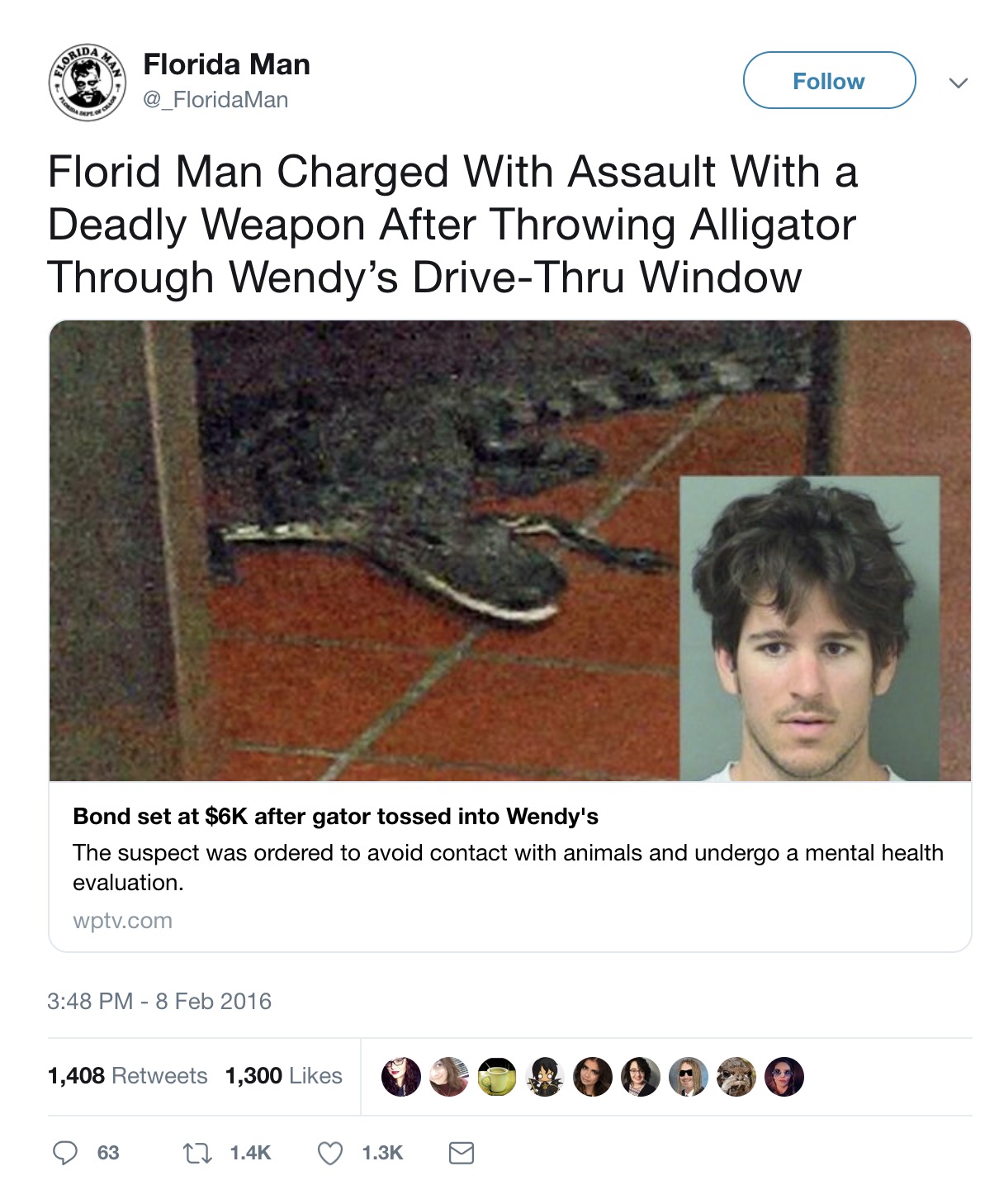