Marriage is one of the biggest commitments people make in their lives, just above choosing a career, having children, and deciding whether you like Marvel or DC. (You can’t pick both.) So it makes sense that most people put time, effort, and money into making their wedding proposal as special as possible. Most people only intend on getting married once, and only popping the question once. You gotta go big and rent that hot air balloon.

Of course, I said “most” people and not “all” people, because apparently there are those among us who put the same amount of thought into proposing that they put into what kind of toppings they want on their pizza. Here are 15 hilariously mundane wedding proposals from people who barely even tried.

And you know what? If that’s what makes you two happy, not trying is fine with us. Go for it! Or, don’t go for it? You get the idea.

1. Get engaged during happy hour, and you receive a free order of riblets. 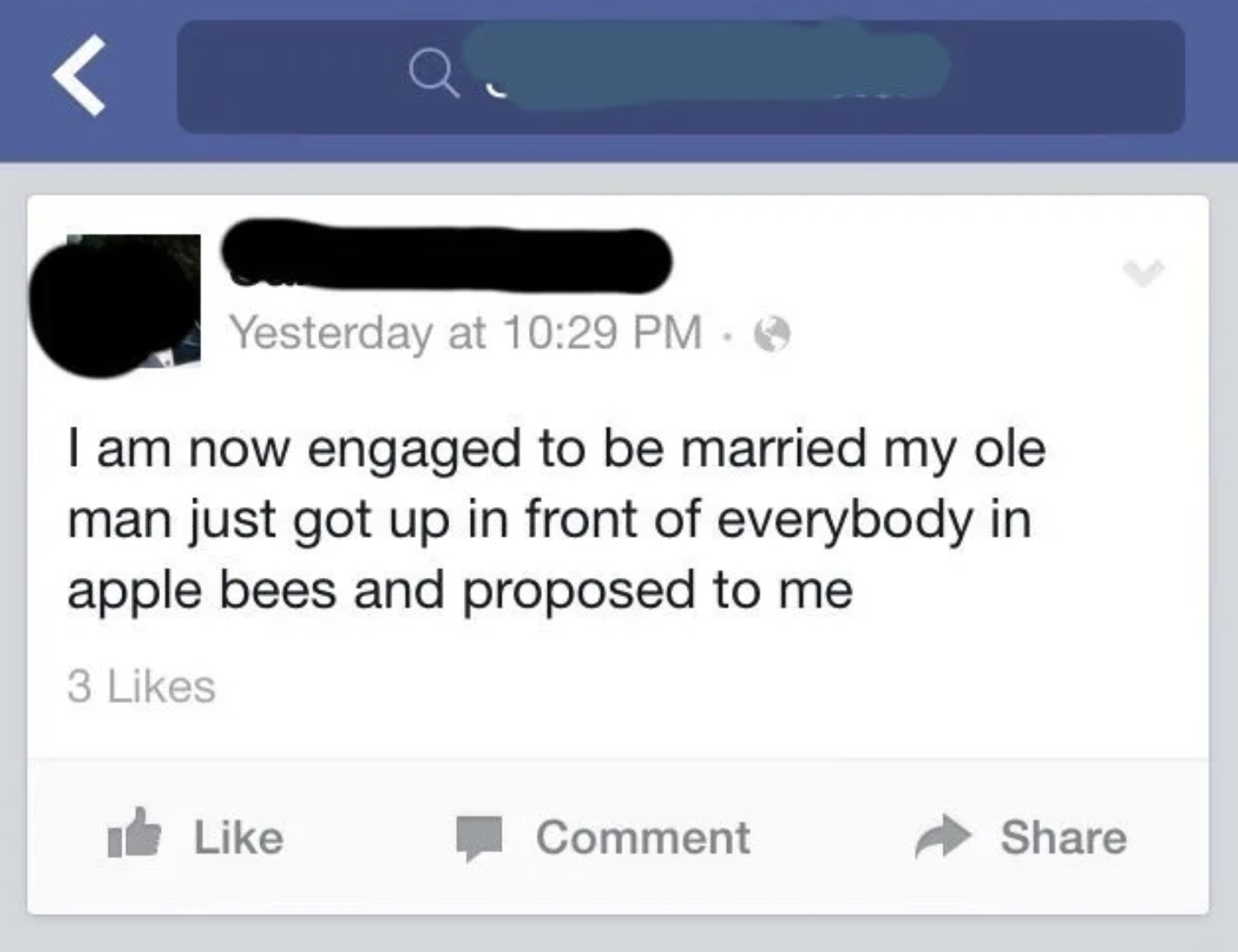 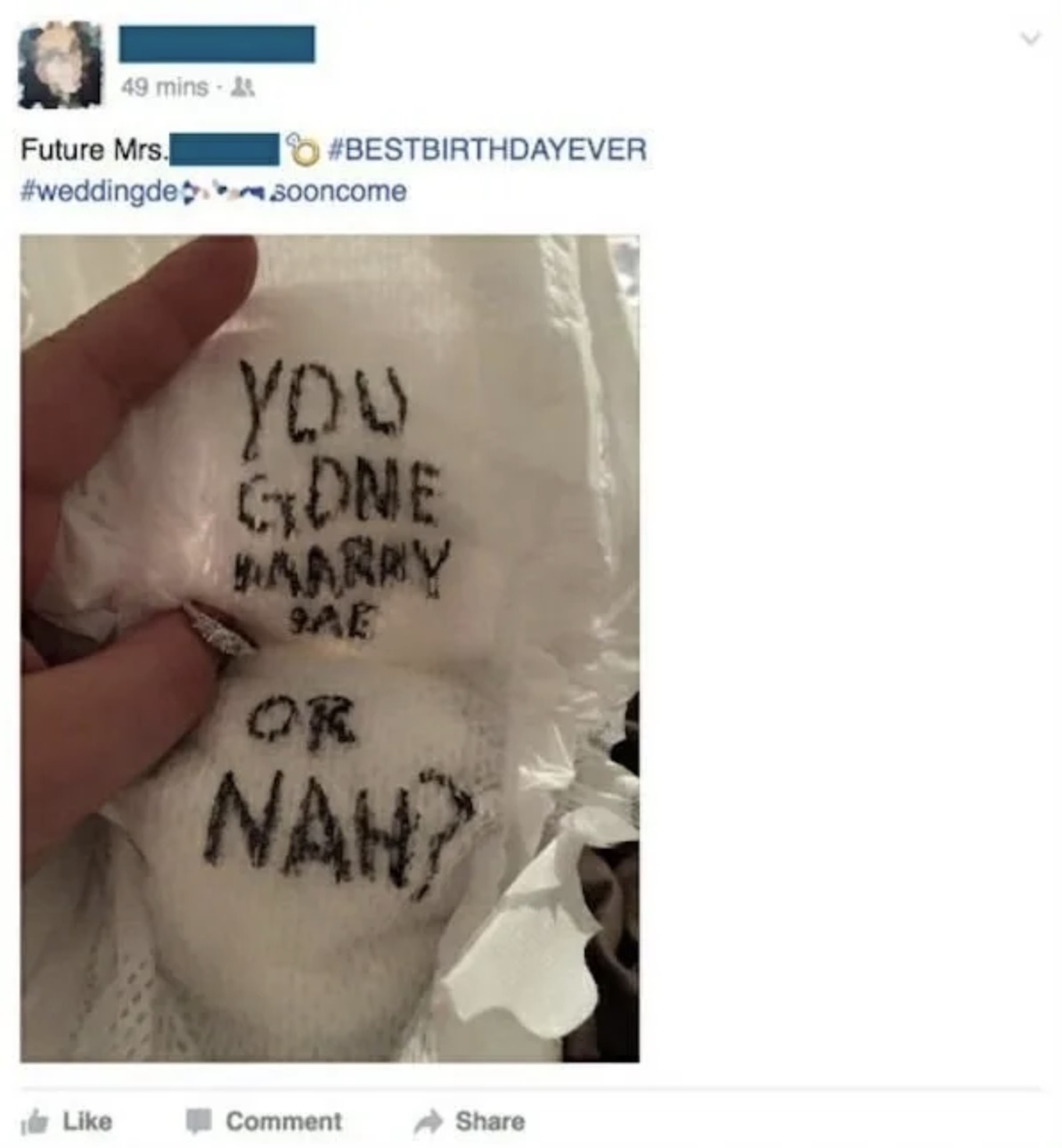 3. The proposal text. Con: unromantic. Pro: can be sent from the toilet. 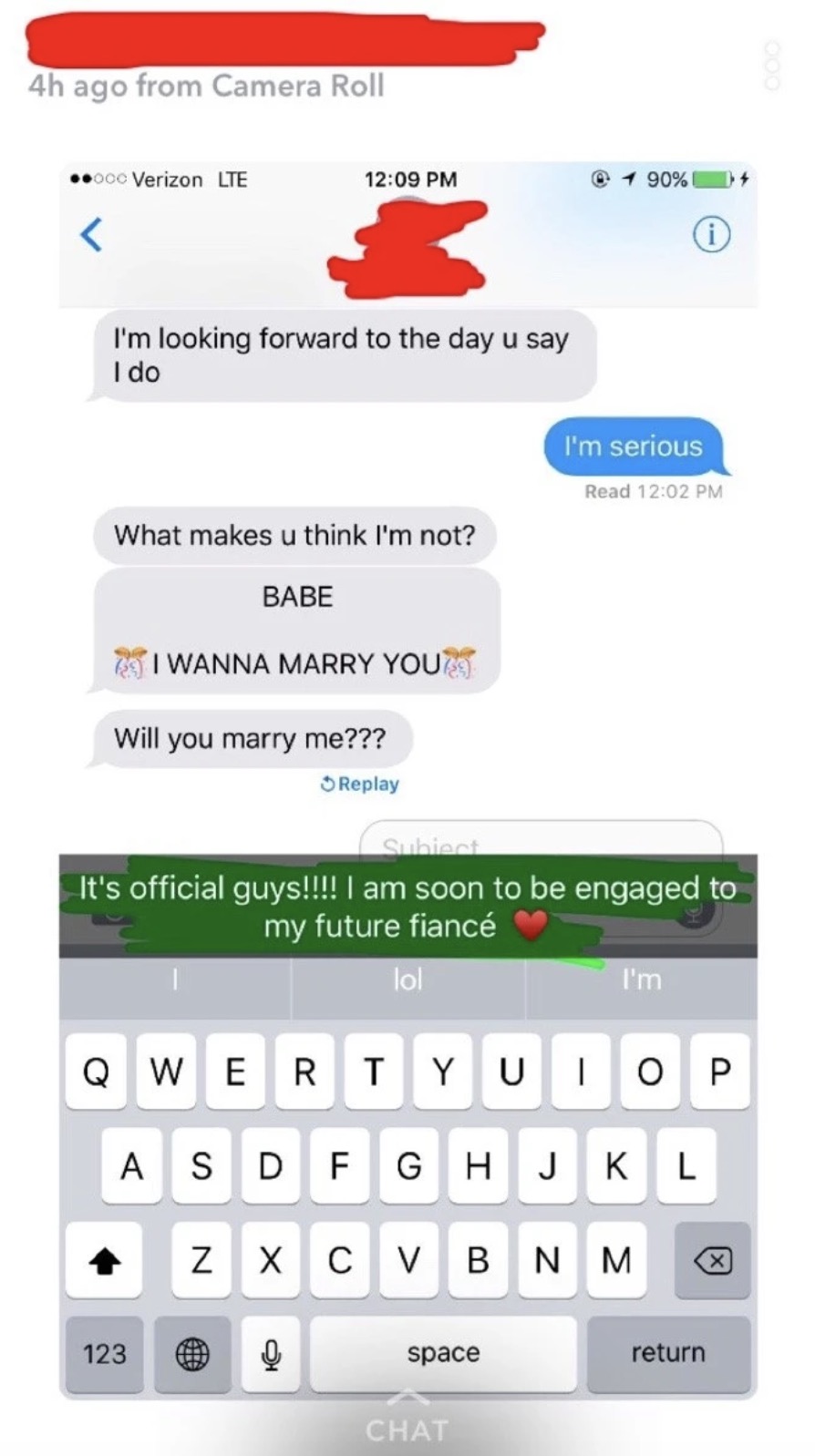 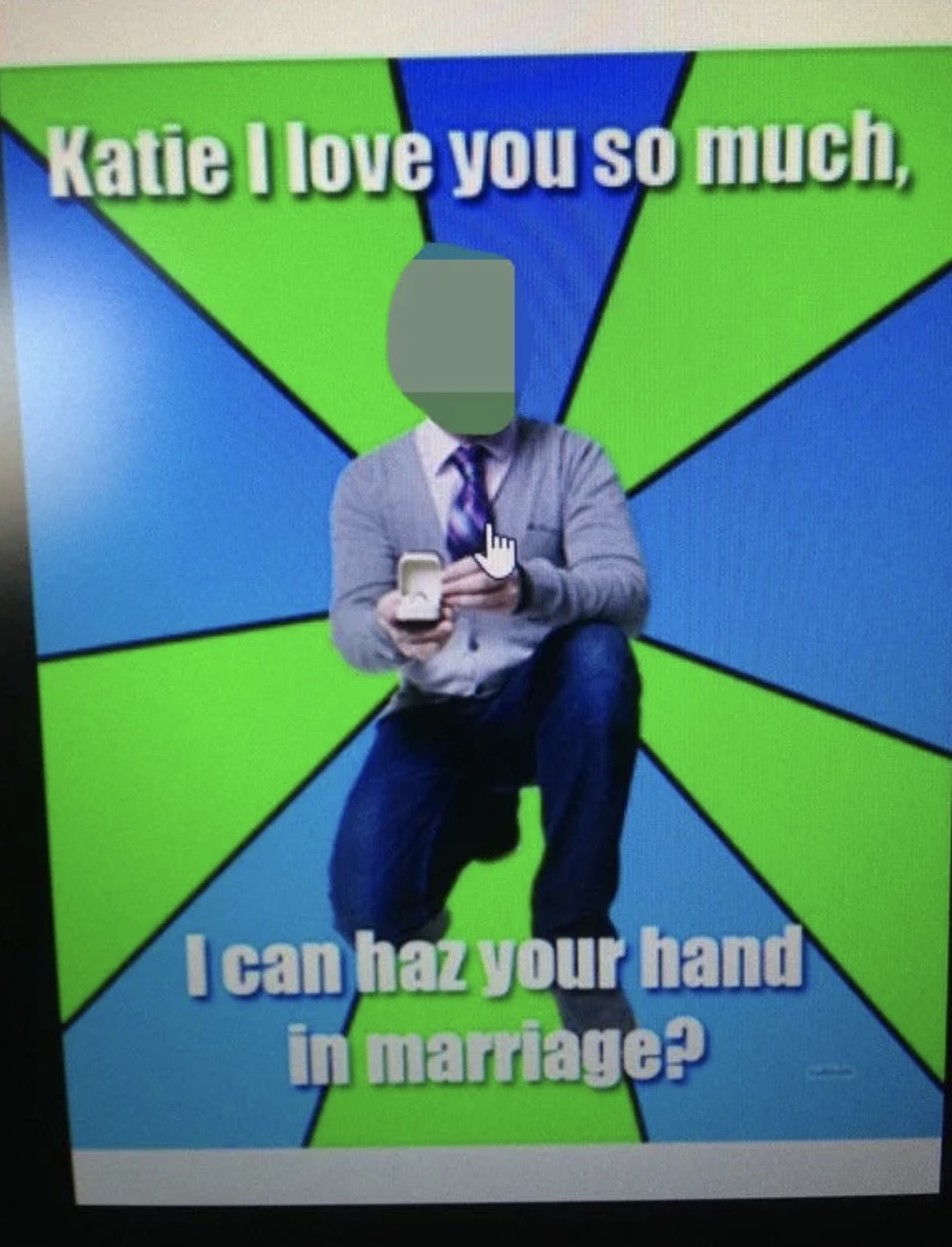 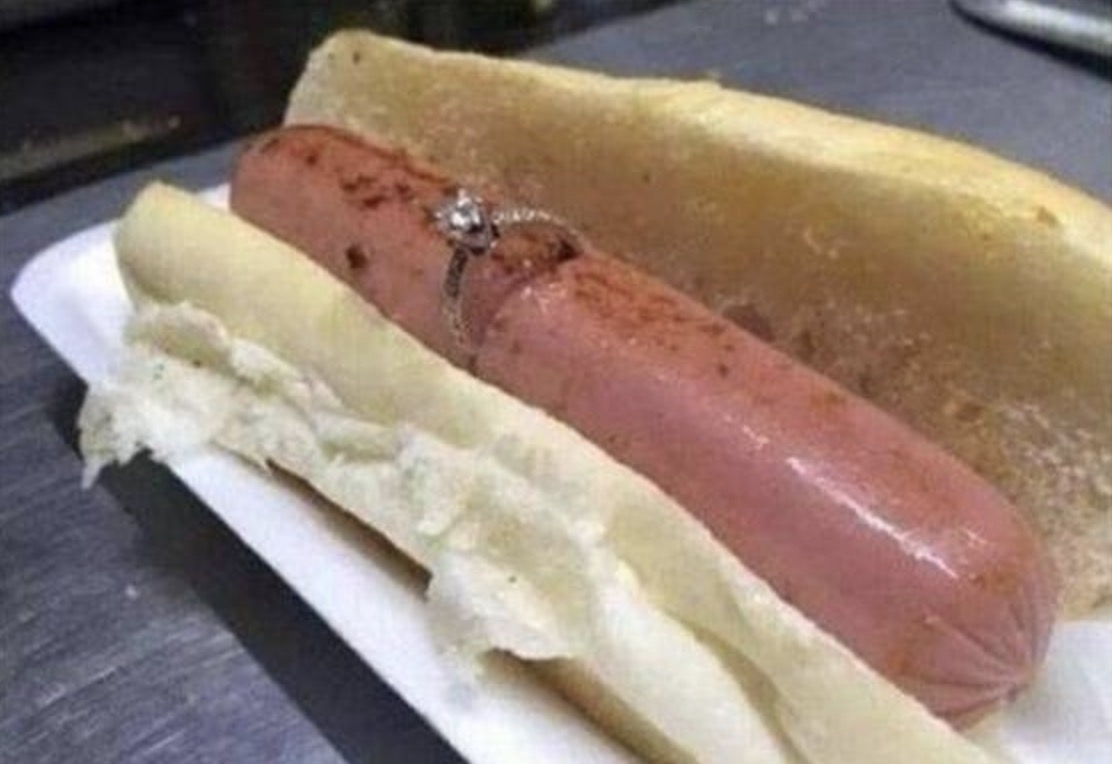 6. Like public transit, I’m useful, I’m reliable, and I’ve been ridden by thousands of strangers. 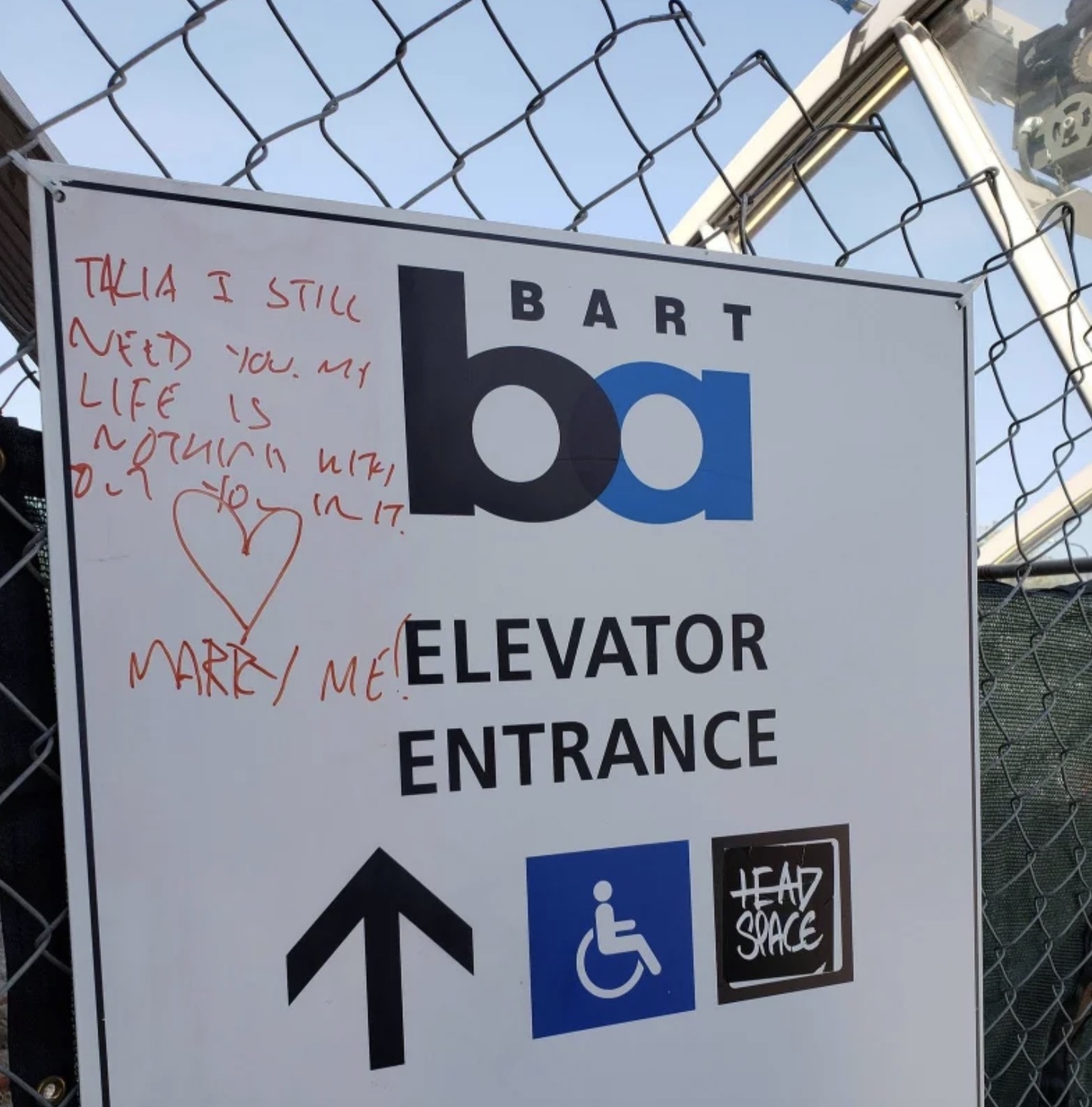 7. Unlike eating Taco Bell, you won’t regret marrying me. 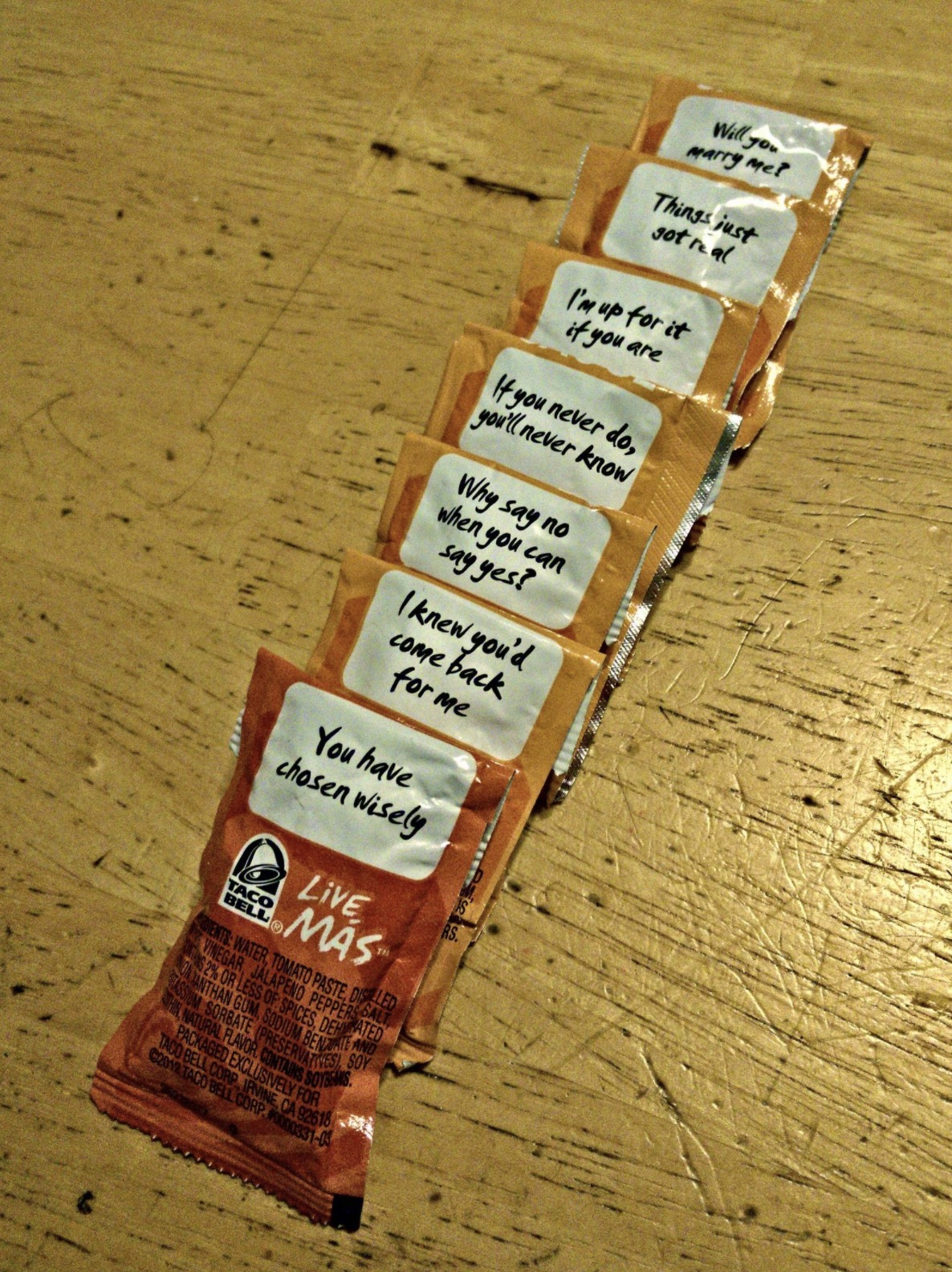 8. Will you be the fries to my Whopper? 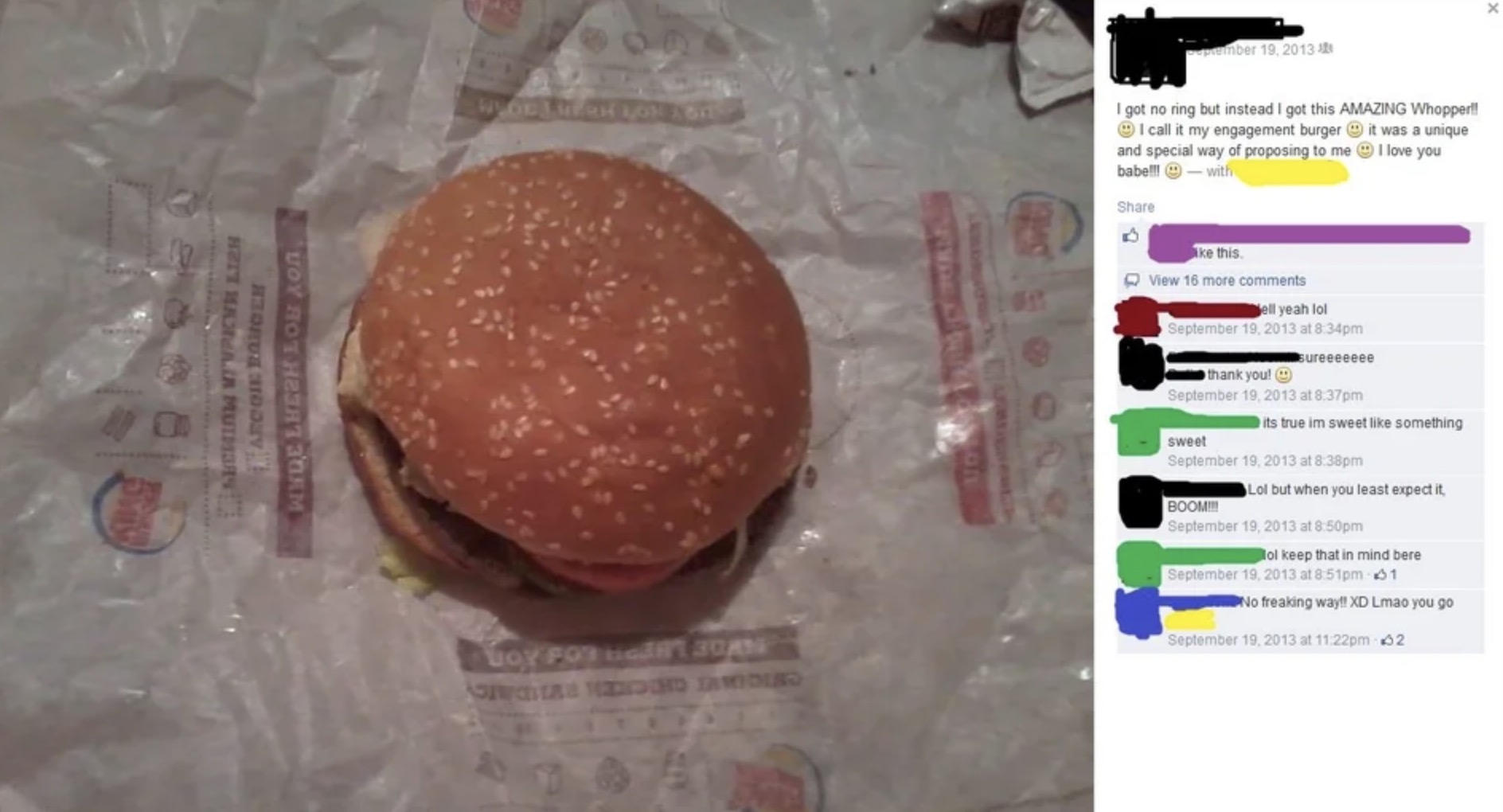 9. No? How about the fries to my Filet of Fish? 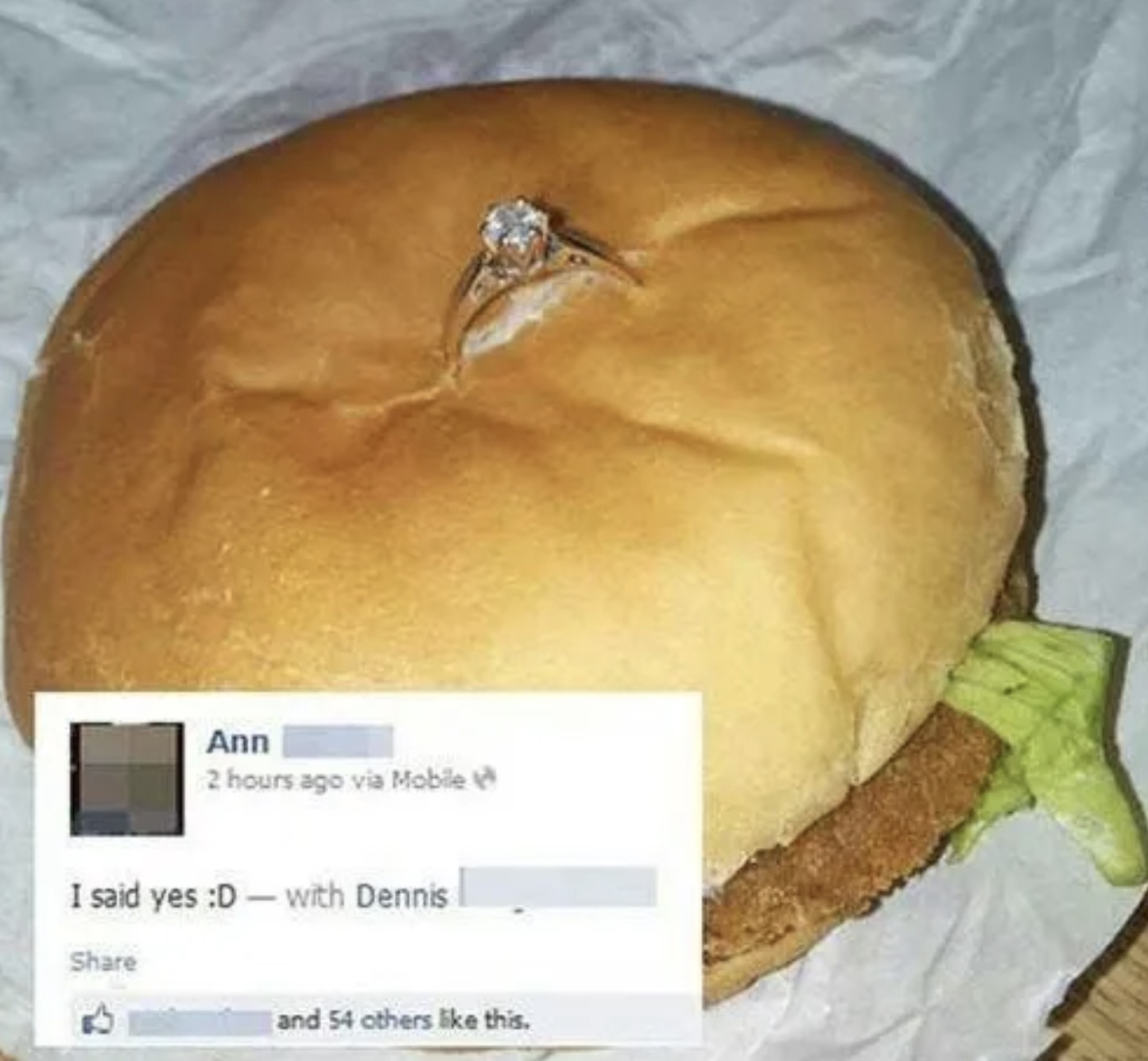 10. Technically counts as an extra topping. 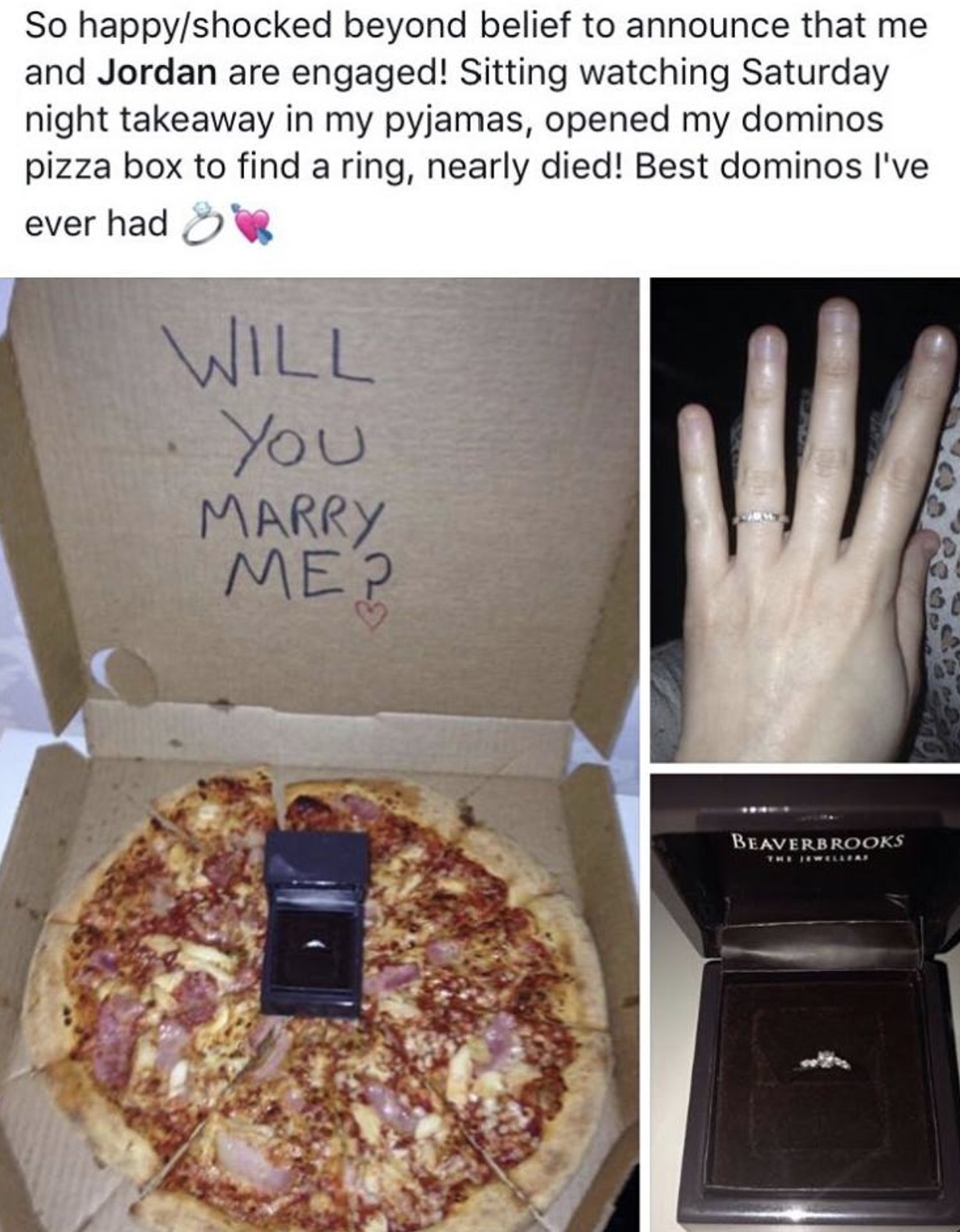 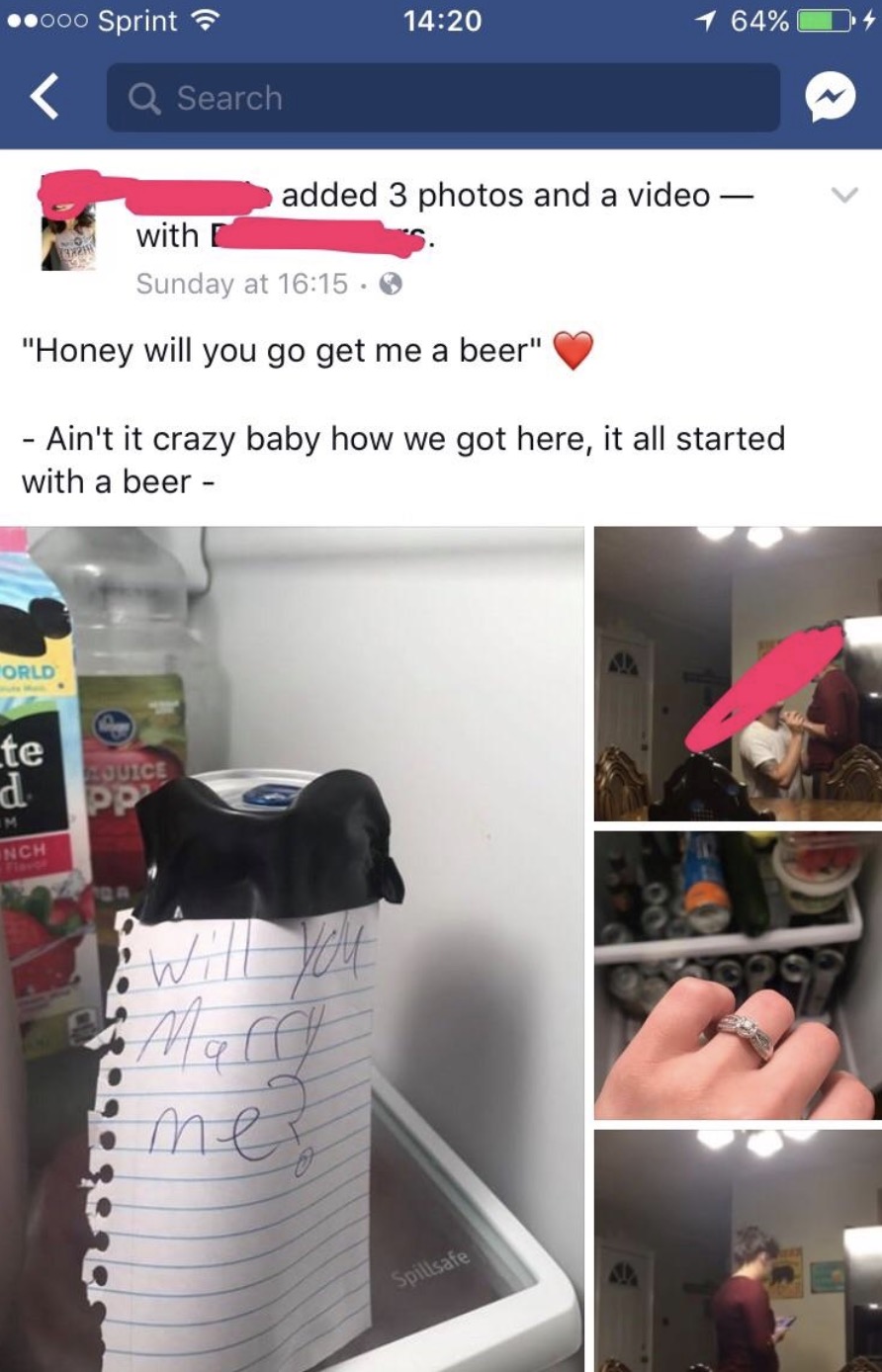 12. It’s like the old saying goes, “The early bird gets the recent divorcée.” 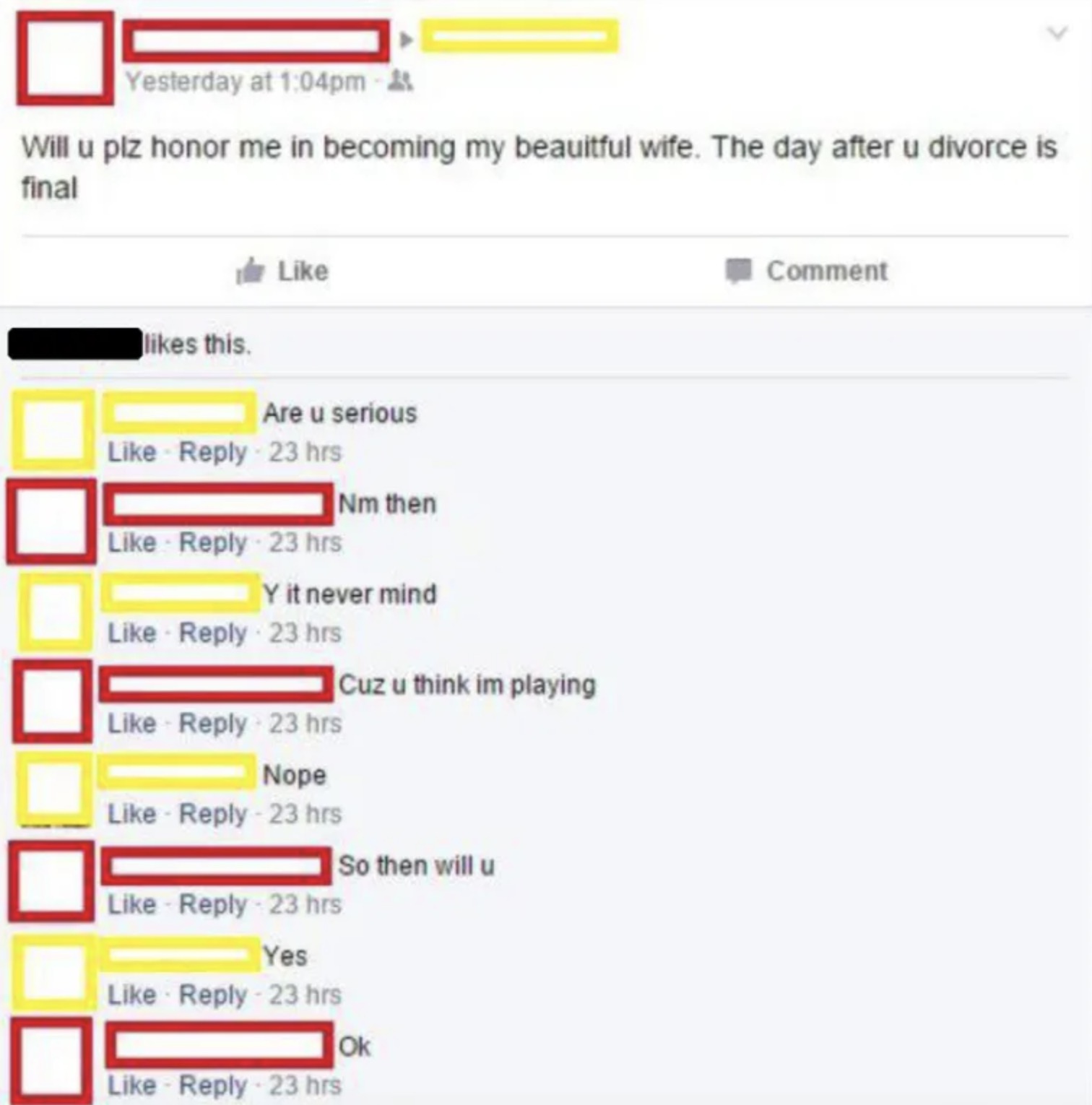 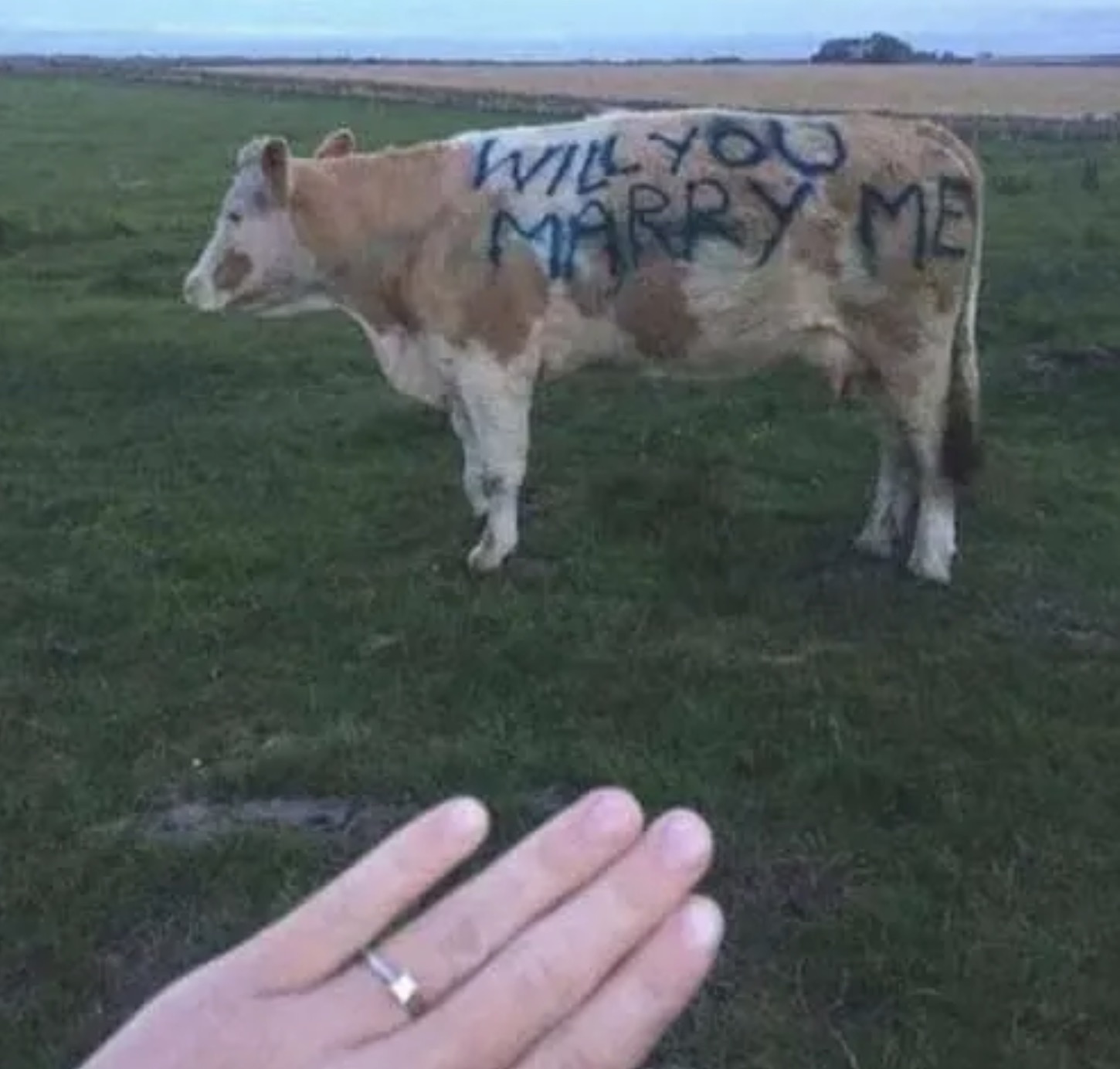 14. Nothing could break up our love. Not even the harsh chemicals found in most portable toilets. 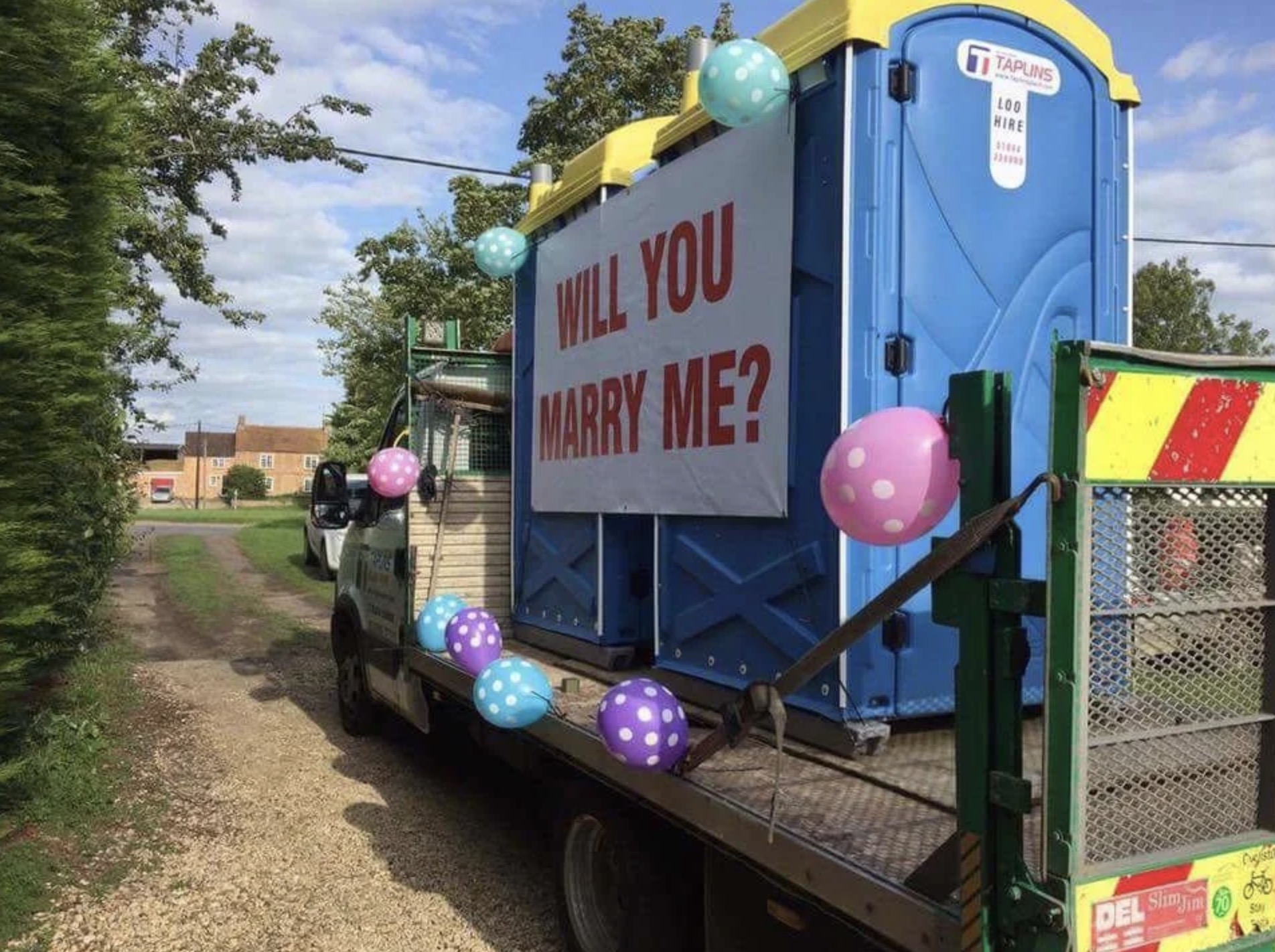 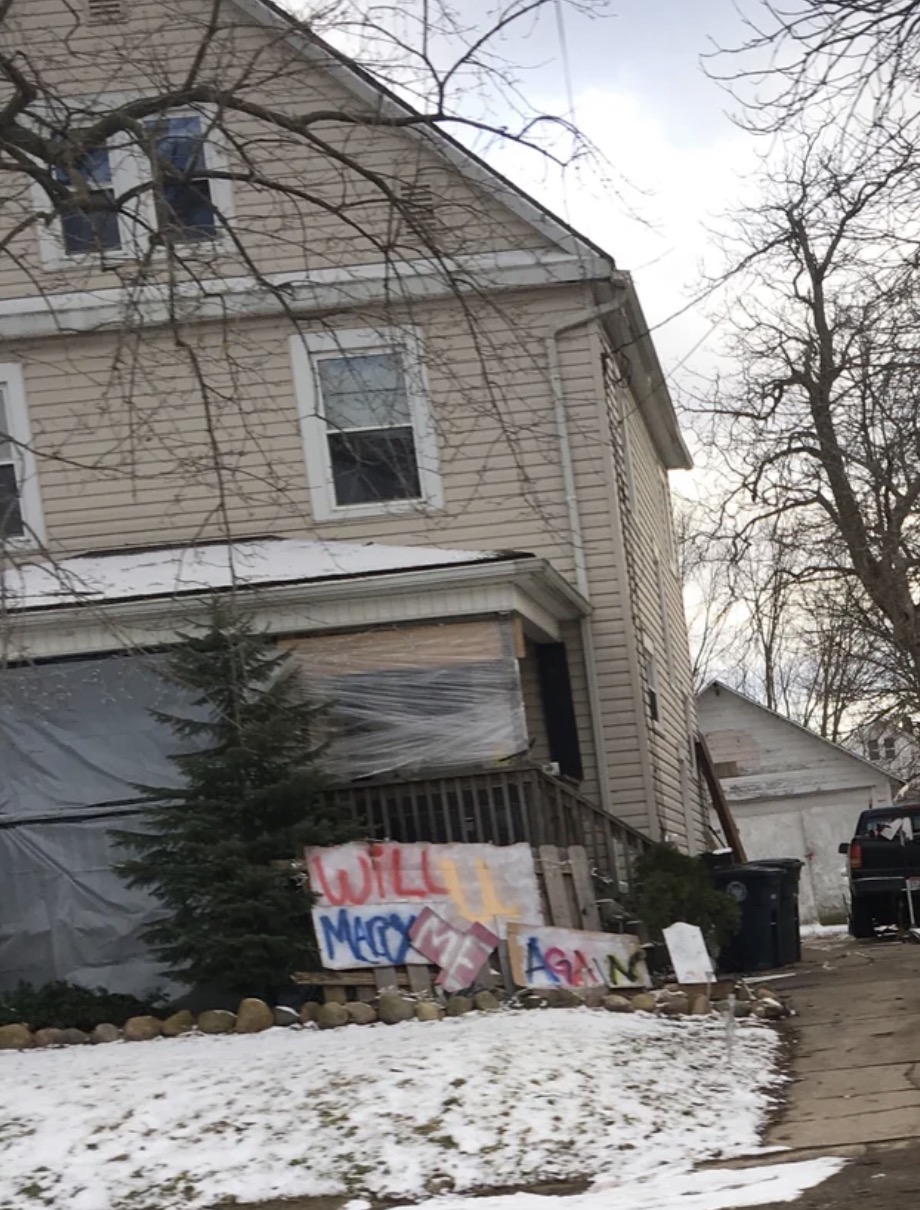