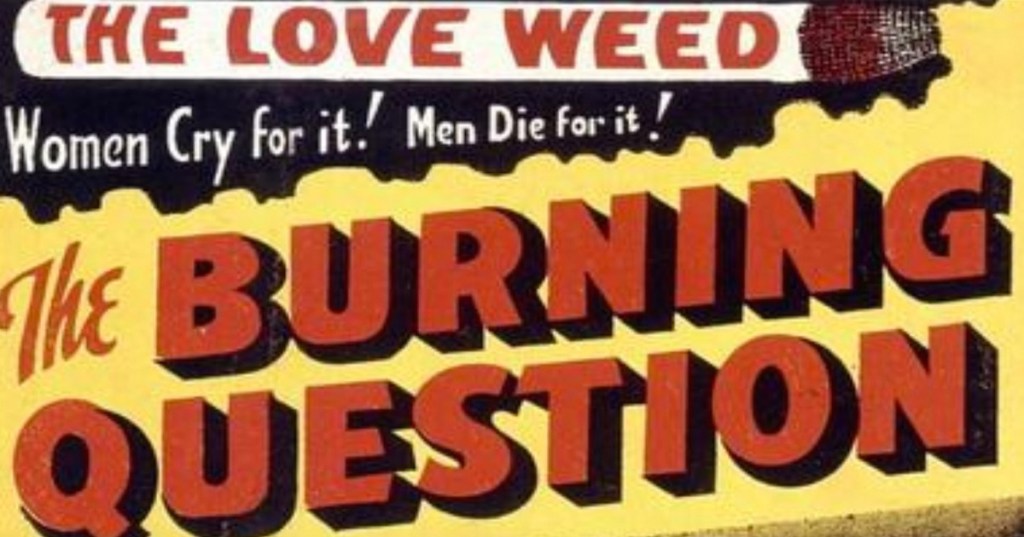 Whatever your stance on marijuana, I think most of us will agree that it’s not a demonic plant that will ruin your life the moment you come into contact with it. But for most Americans living in the 20th century, that’s exactly what they thought–because that was the official stance of the US government. For decades, government organizations cranked out anti-pot propaganda with the hysteria turned up to eleven.

So, why was the government so freaked out over pot? It’s not because of shoddy medical research. Most doctors as far back as the 1930’s thought cannabis was harmless. It goes back to the creation of an organization called the Federal Bureau of Narcotics, and its first director Harry Anslinger. Anslinger knew his agency could not secure a big enough budget by only focusing on drugs like cocaine and heroin, so he ordered his agents to crack down on users of the devil’s lettuce.

And how do you sell the public on a policy so clearly bogus? Propaganda! Today we’ve got 15 PSAs, movie posters, and book covers from the age of pot paranoia. (And not the good kind.) The crazy thing isn’t so much how egregious they are, it’s that they ever worked in the first place. Just goes to show you how even the silliest idea can take root if you yell it loud enough. 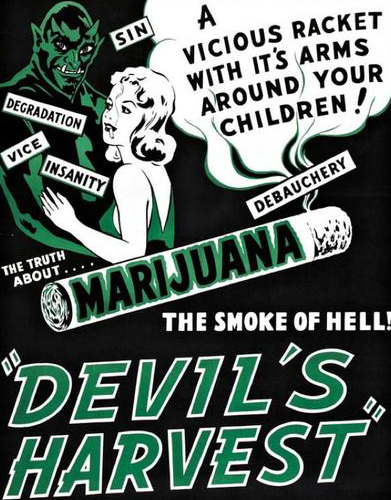 I mean, if you’re gonna lie about pot, you might as well go big and include the devil. But who are they going to put on the poster about a drug that’s worse than pot? Two devils? 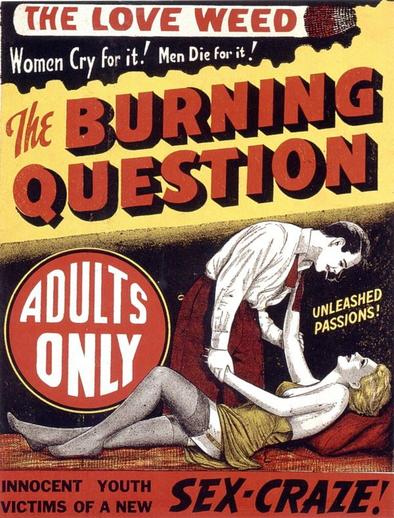 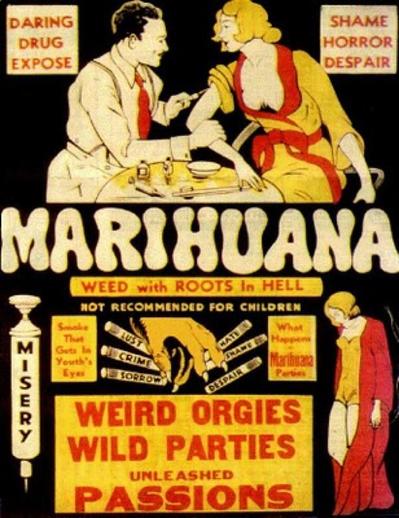 Another thing they have in common is they sound like they’re about different drugs entirely. Nobody in the history of the world has ever injected weed. Not even when their last lighter ran out of fluid and all the stores were closed. 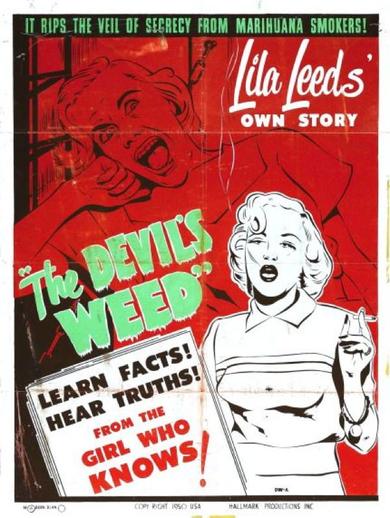 Lila Leeds will scare you straight with her sordid tales about eating a whole bag of Funyuns and enjoying a nature documentary more than usual. 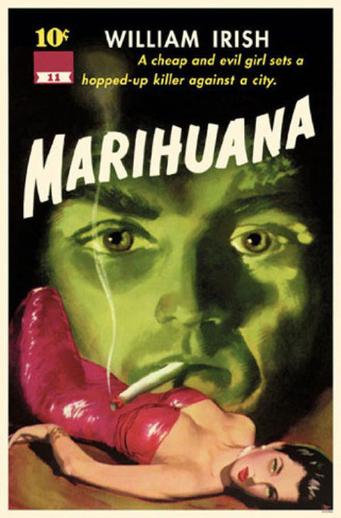 Why is his face green? Is he seasick? Pot can help you with that! 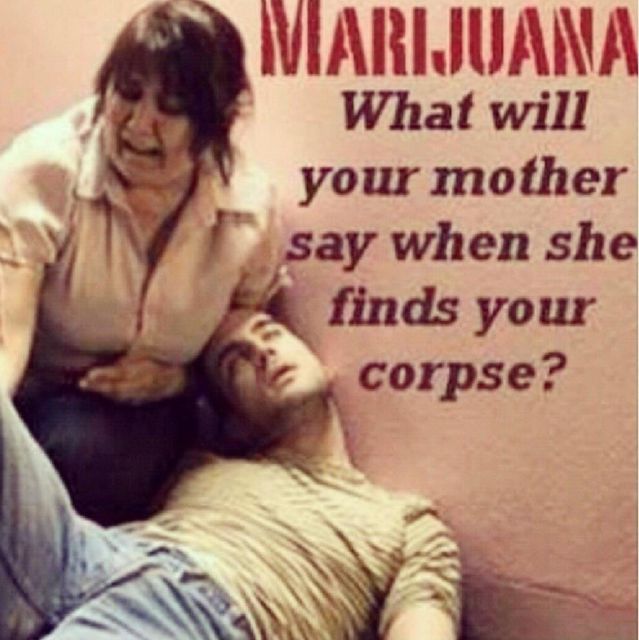 She’ll say, “My son overdosed on pot? How did I give birth to such a lame-o?” 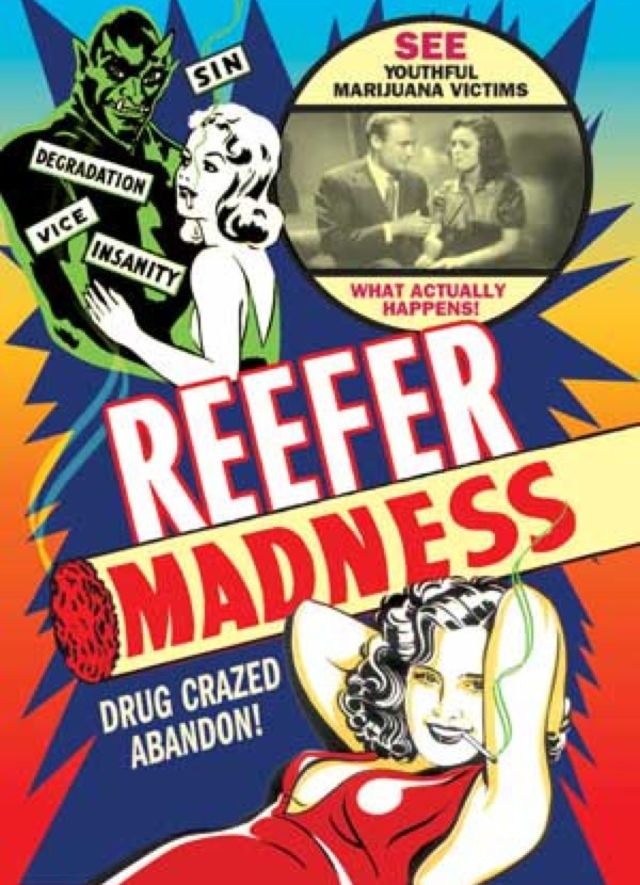 I guess this would have looked shocking back during the Great Depression, what with the low cut dress and all, but everyone in this poster looks like they’re having a good time. Even the devil seems like a solid guy who would help you paint your living room, provided you both got really high first. 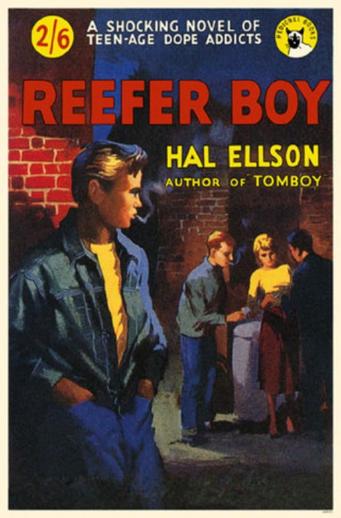 Reefer Boy smokes pot?! What a delinquent! He should be more like his peers and smoke cigarettes instead.

Also, I love how Hal Ellison wrote another scare book that’s just called “Tomboy.” Which means the two scariest things in Hal Ellison’s life are weed and girls who don’t play with dolls. 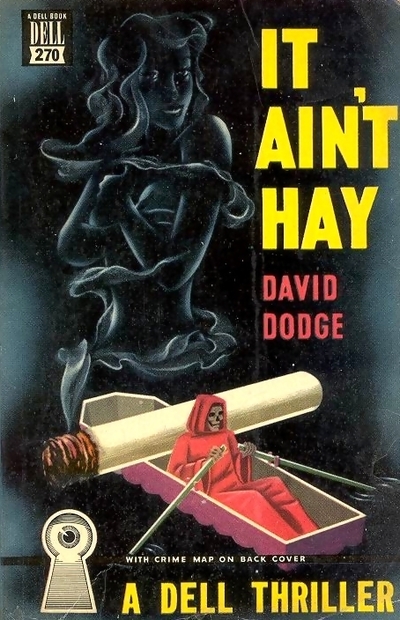 Item #1 on Death’s Christmas list this year: a boat with a motor. 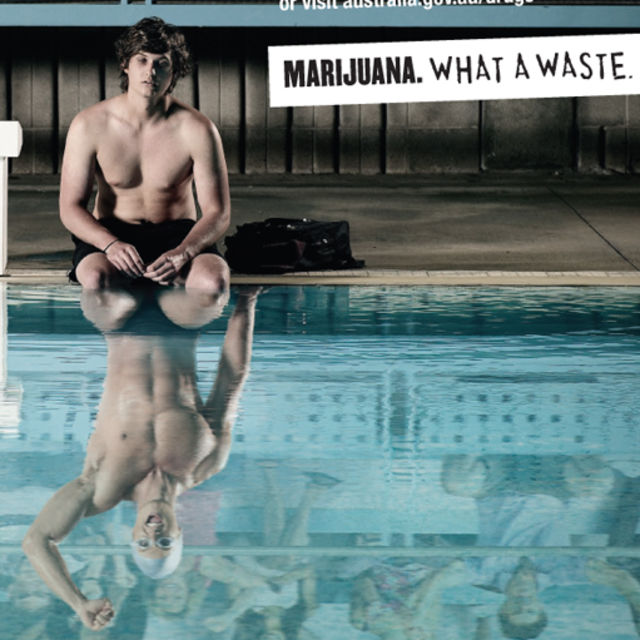 That’s right, kids. If you smoke pot you will end up a loser, just like 23-time Olympic gold medalist Michael Phelps. 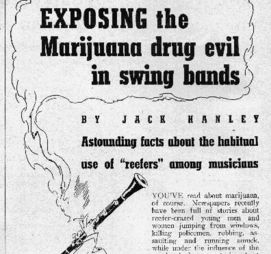 This is the first time the word “evil” has ever been applied to someone holding a clarinet. 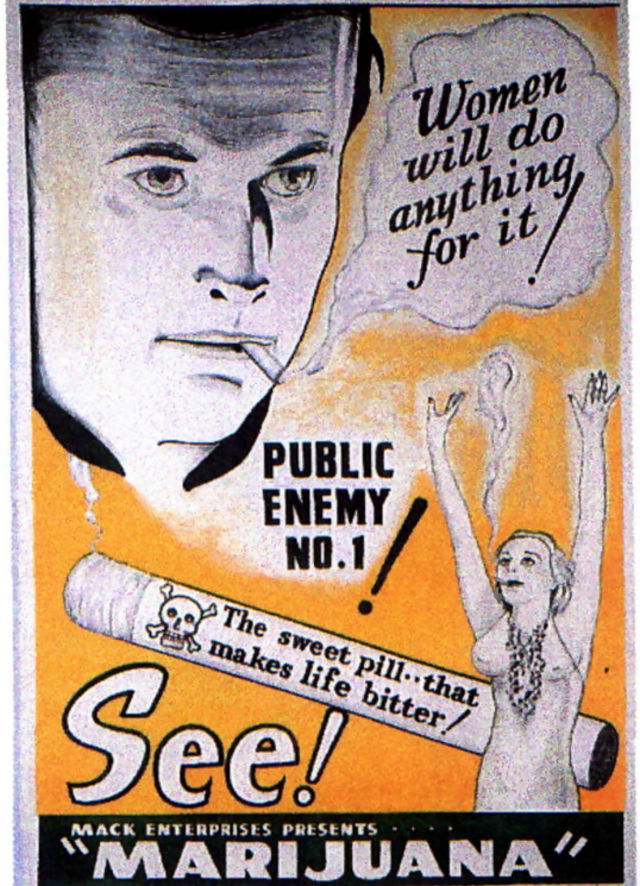 Women will do anything for pot! Even dance the YMCA! (Shudder.) 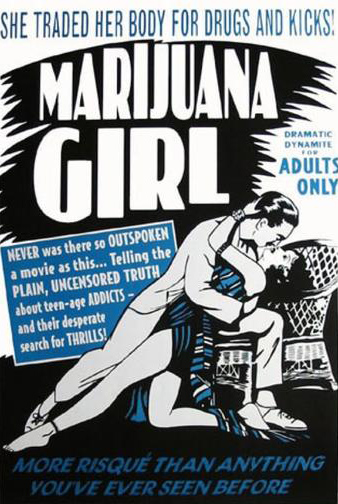 Um, no, she didn’t trade her body for pot. Not unless she was smoking 50 pounds a day. 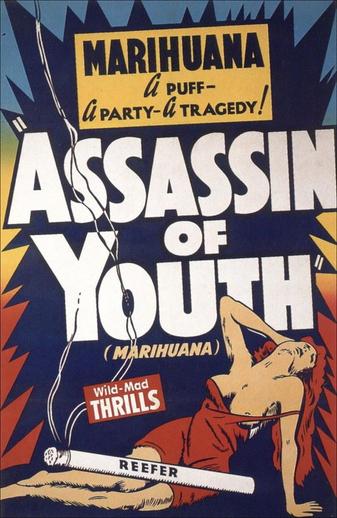 “Assassin of Youth” is my favorite 80’s punk band. 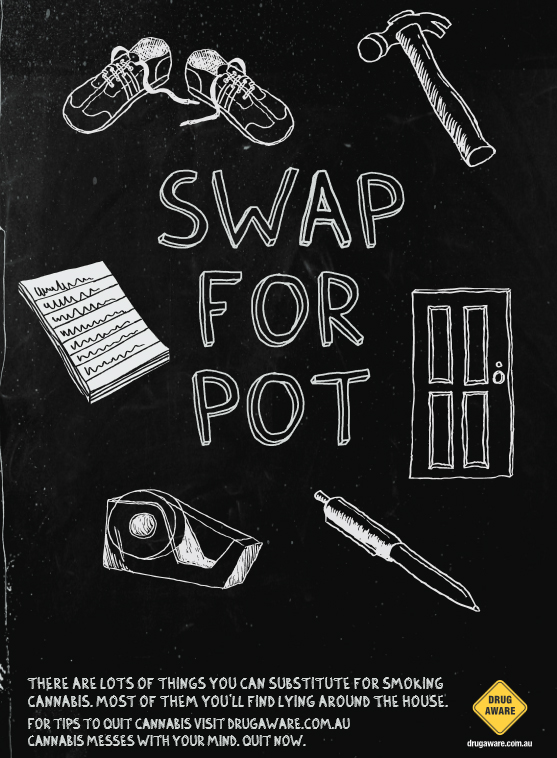 Yeah, swap out your pot for an exciting activity like…taping things together!

I got so bored just reading this that I need to smoke a bowl, pronto. Good work, PSA.

h/t: So Bad So Good and High Times