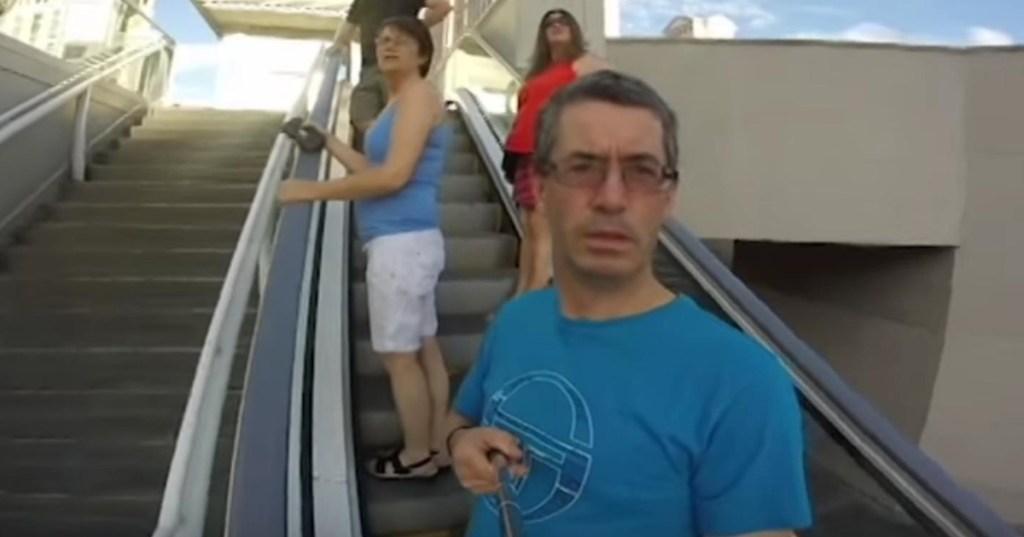 Dad Spends Entire Vacation With GoPro Pointed At Himself

Which is why this video of an Irish dad who unknowingly pointed a video camera at himself for his entire vacation, is so popular. In the video, titled “An Irishman in Vegas,”  Joseph Griffin thinks he’s filming the Vegas sights, never once realizing that he’s really just taking one long selfie. Once Joseph returned home from his trip, his son Evan found the video, edited it into a 4 minute highlight reel, and posted it to Youtube, where it’s received almost 10 million views.

You can check out Joseph’s accidental masterpiece below. Here are some highlights to look for:

-Irish Dad without a shirt.

-Irish Dad showing off the view from his hotel room.

-A Benny Hill-style montage of Irish Dad checking out the Vegas strip.

-Irish Dad on a slow escalator.

-Irish Dad at the Bellagio.

-Irish Dad marveling at Vegas being so hot when it’s “Not even half nine in the morning!”

-Irish Dad having trouble with a revolving door.

-Irish Dad experimenting with camera angles while riding the monorail.

-And many, many breathtaking views of Irish Dad’s nostrils.

And before you accuse me of having fun at Irish Dad’s expense, just know that I typed this whole article on a laptop computer, which makes me a dinosaur to anyone younger than 25. I am fully ready to be Irish Dad With A GoPro because I already AM Irish Dad With A GoPro. We all are, and we should embrace it.