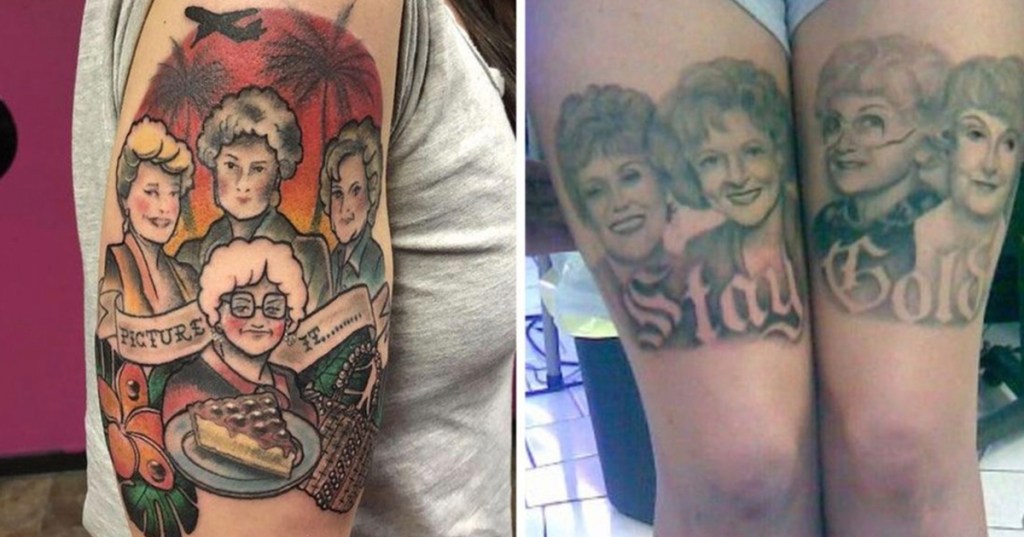 15 Golden Girls Tattoos That Will Make You A Superfan

Yesterday, we showed you some truly regrettable tattoos. Today, we’re doing the opposite, with a gallery of tattoos that make life immeasurably better–specifically, Golden Girls tattoos.

Even the show about sassy sixtysomethings went off the air in 1992, it’s still as popular as ever today. It’s pretty easy to see why. First of all, it was a damn good show. The show won several awards during its seven seasons, and it regularly makes it onto lists of the best tv shows of all time. Then, there’s the show’s positive message about the value of loyal friends, which still resonates with people today. And finally, Golden Girls managed to break television norms by having four female protagonists over sixty–you rarely see that even today! (And that needs to change.)

Add it all up, and it’s easy to see why people are still getting Golden Girls ink over 25 years later. Below, you can check out some sweet tats paying tribute to the Fab Four. Hopefully, you’ll even be inspired to get a few yourself! 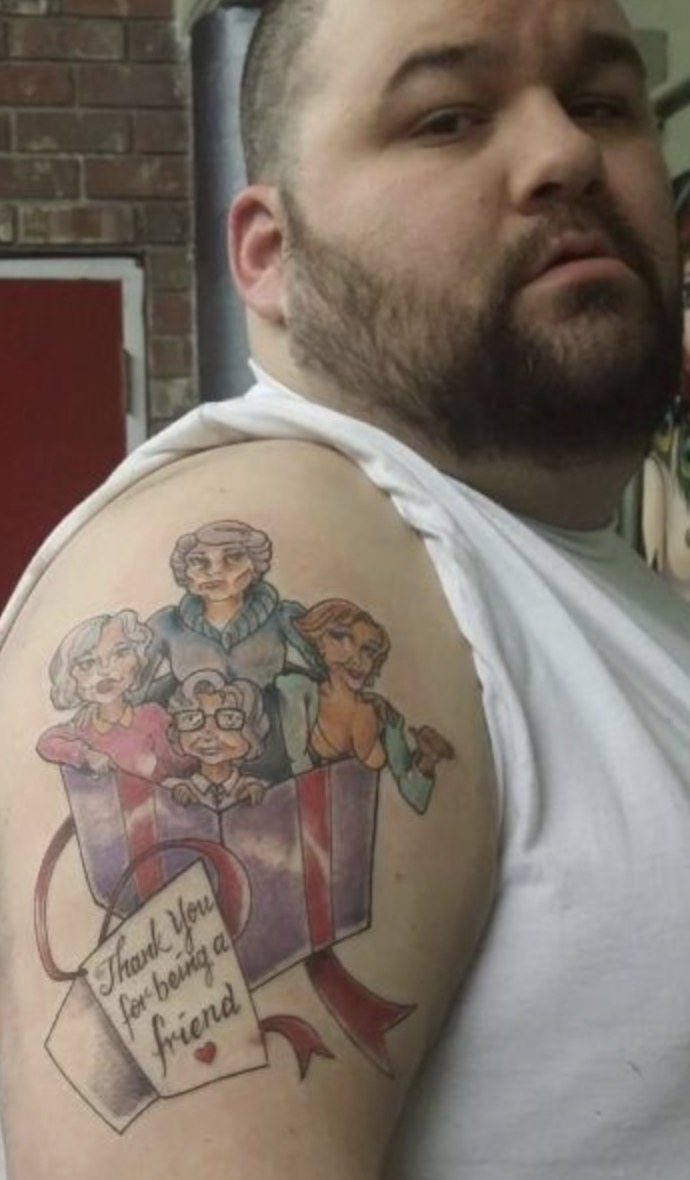 Photo Credit: I Run The Internet

2. This should be the real Mt. Rushmore. 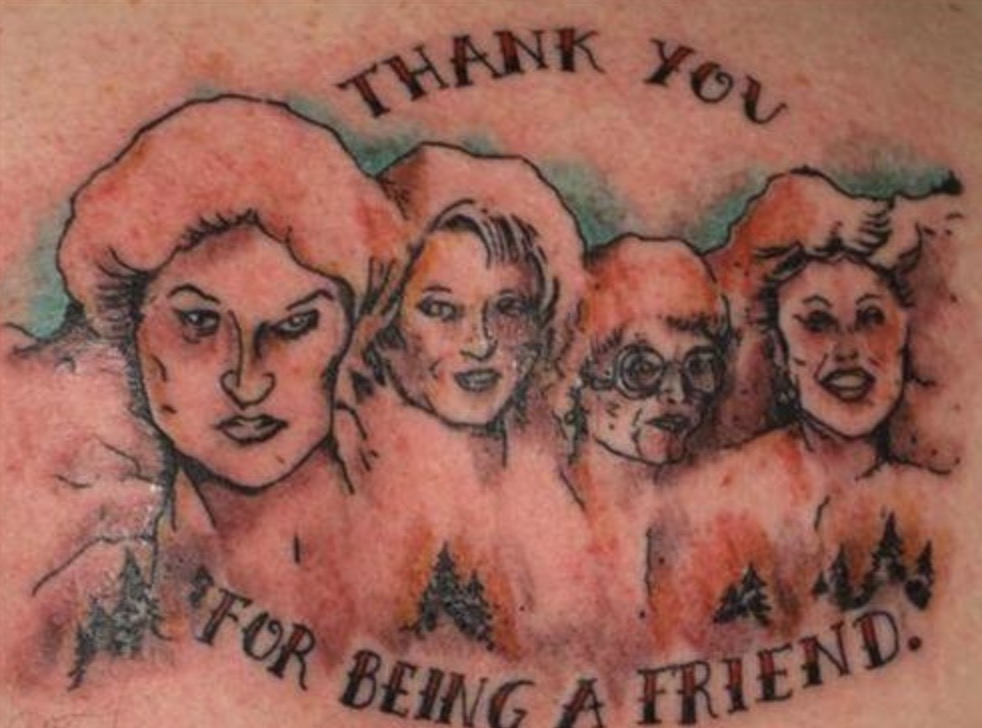 3. You knew there would be cheesecake. 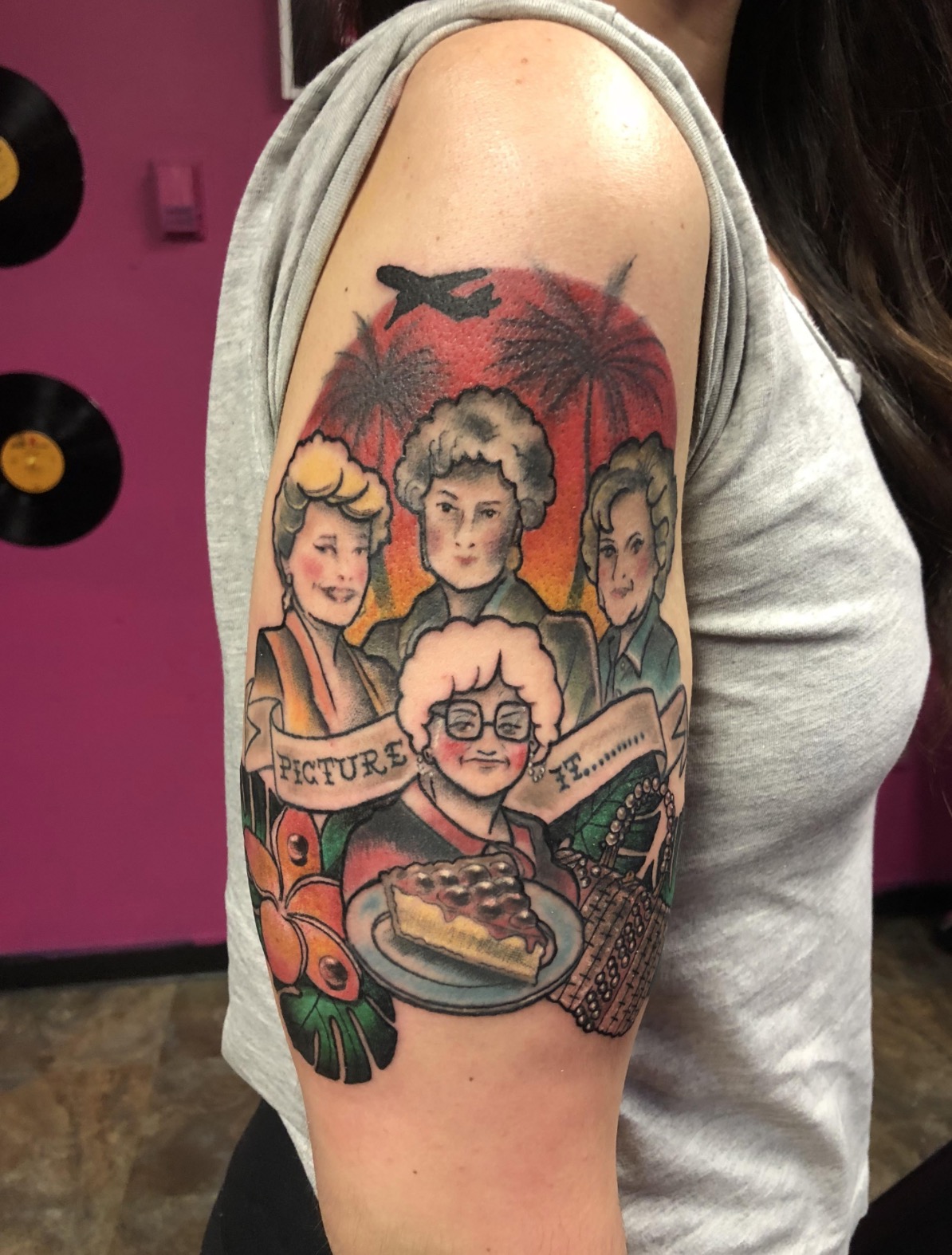 4. You might even say cheesecake was the fifth Golden Girl. 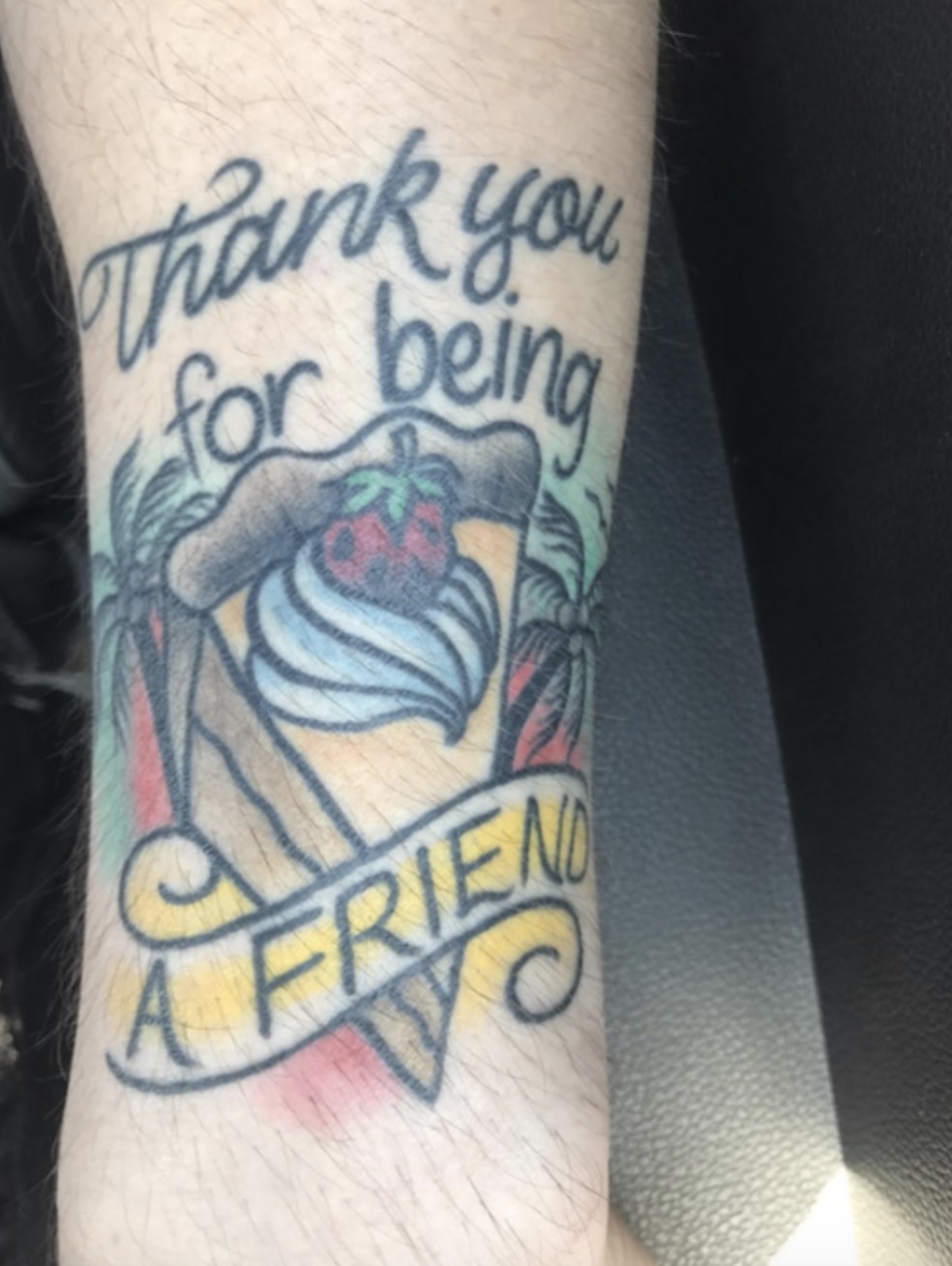 5. Time to update your family crest. 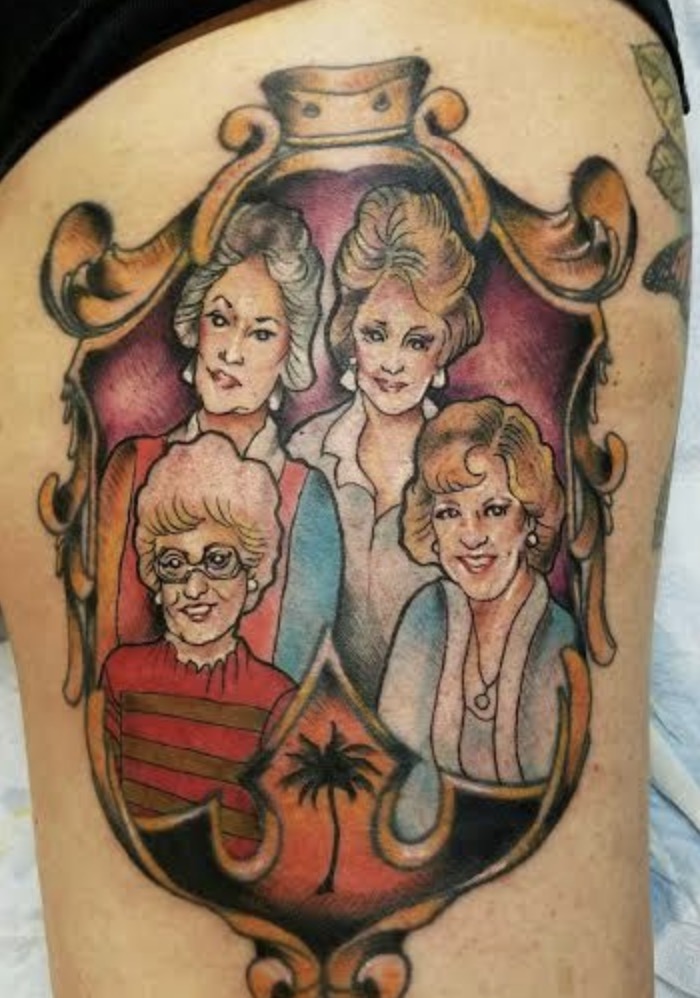 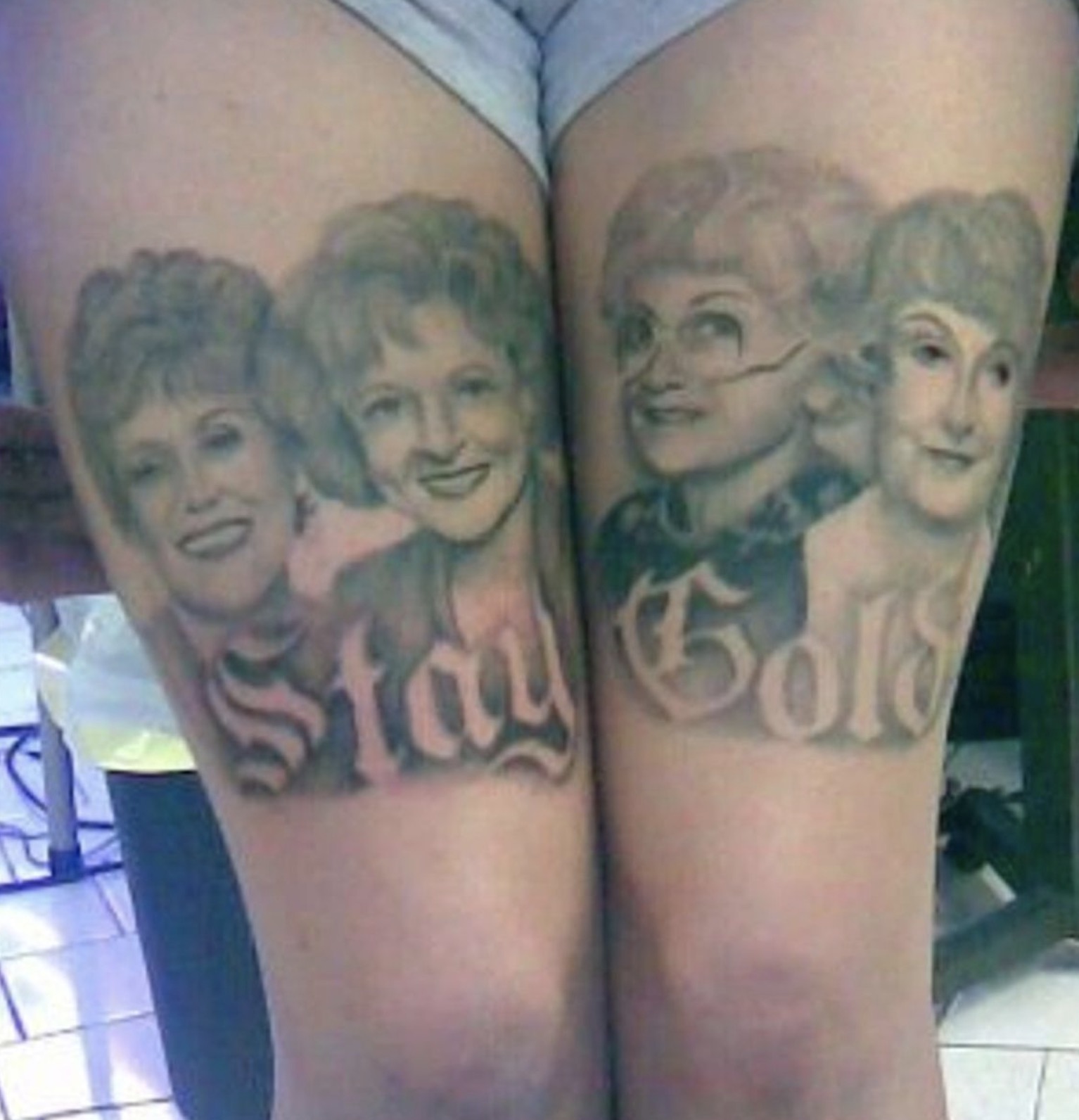 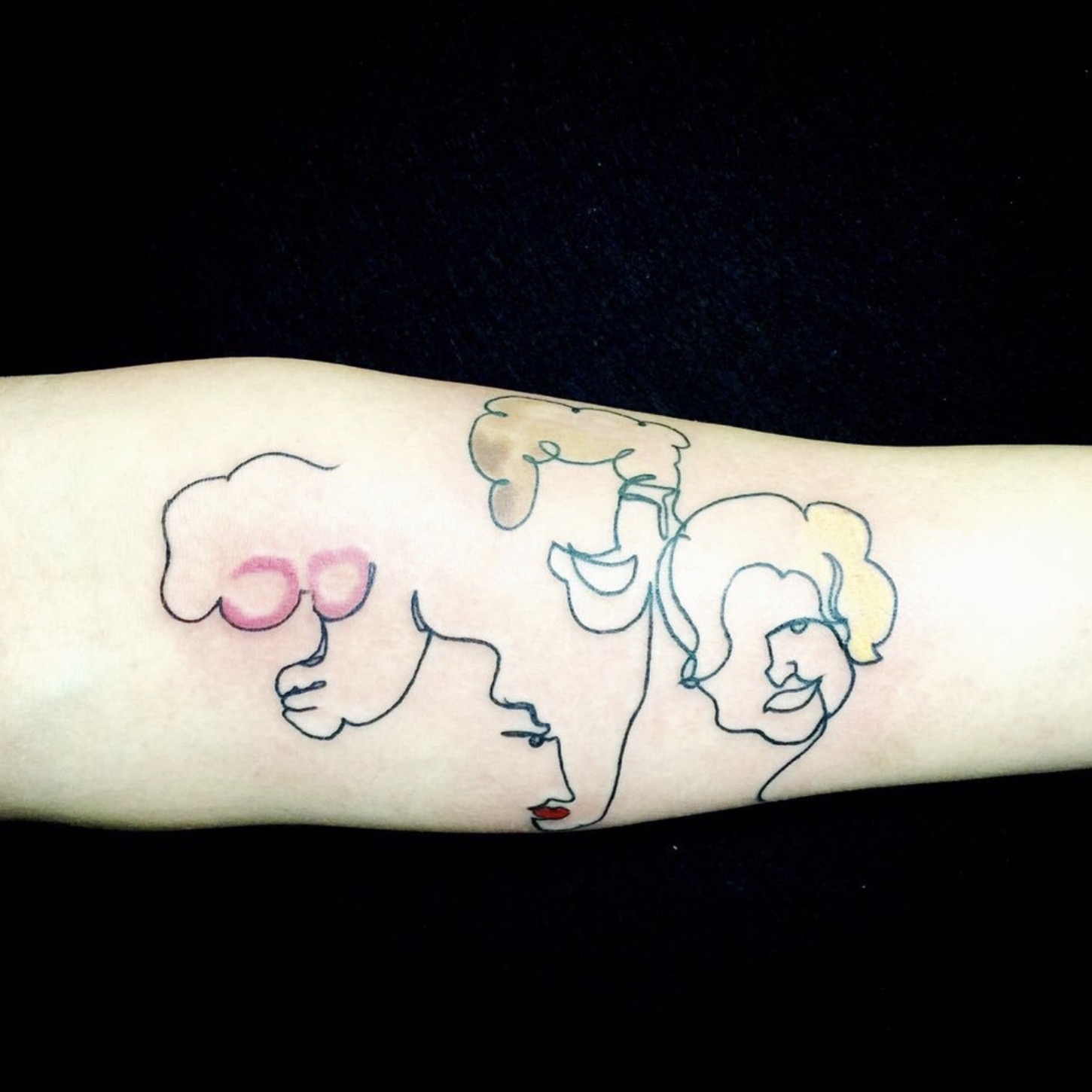 Note: This one is a tattoo of a design by Mike Denison, who’s known for his daily Betty White and Bea Arthur art projects. You should definitely check him out. 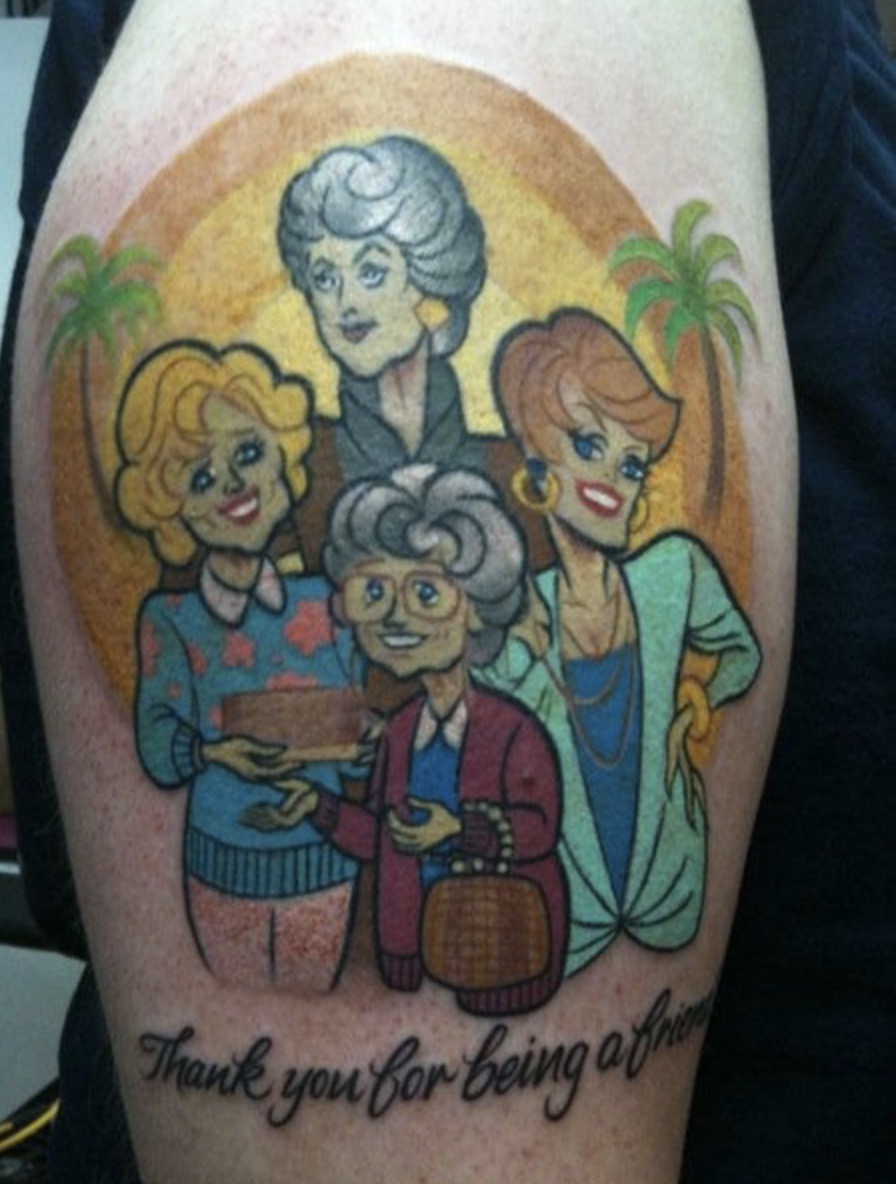 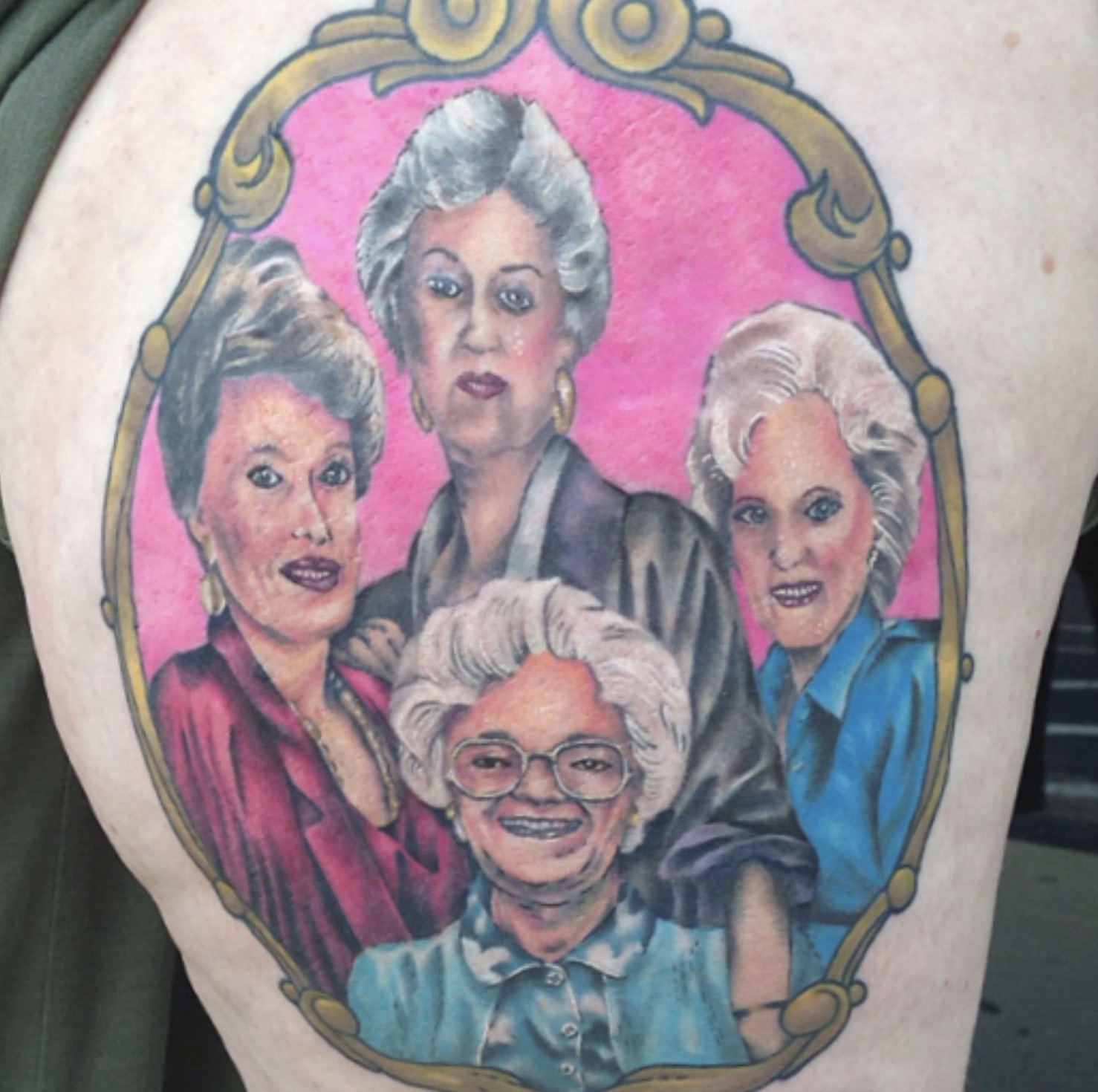 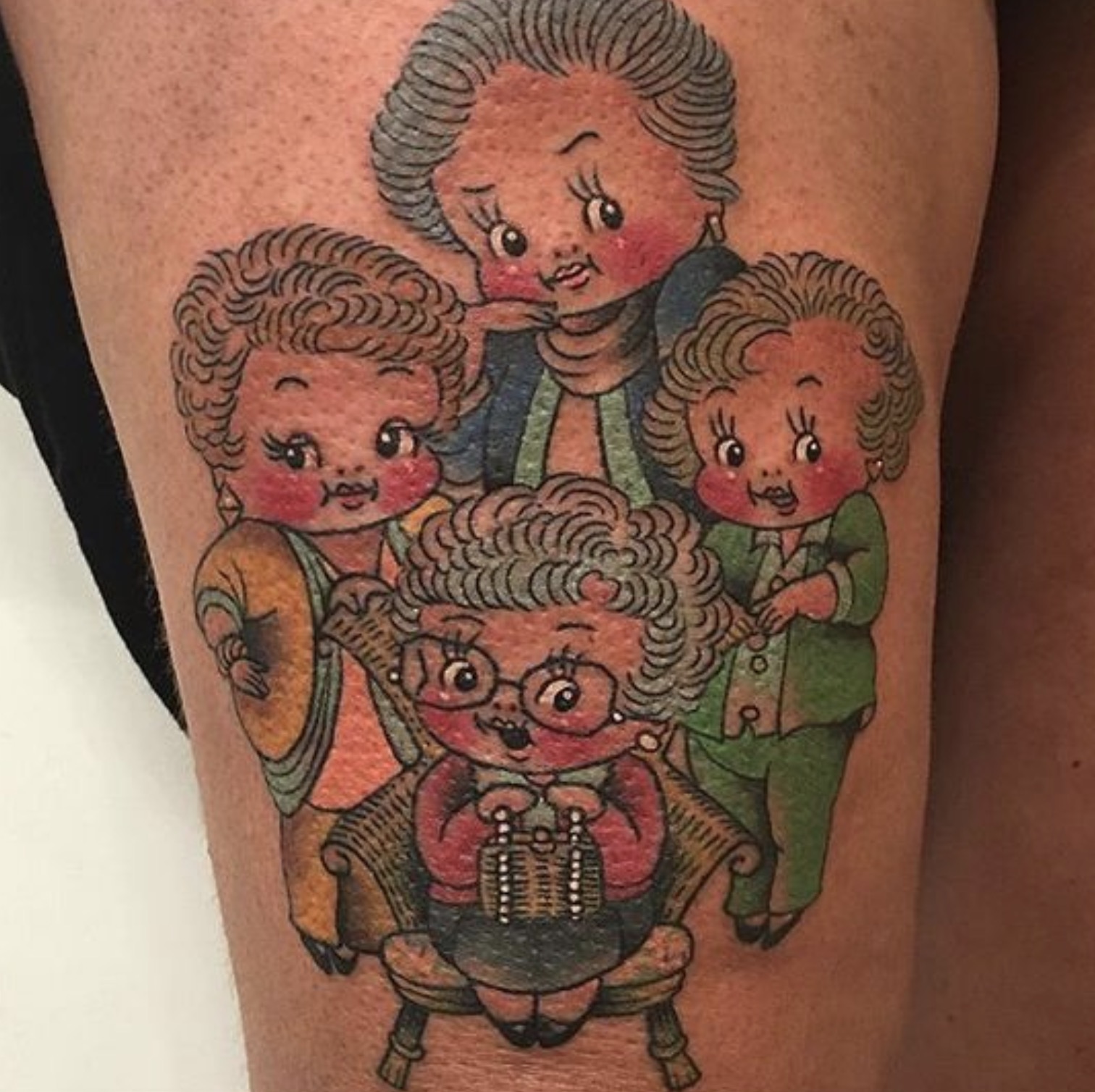 11. This one is based on the Very Special episode where the gals get possessed by demons. 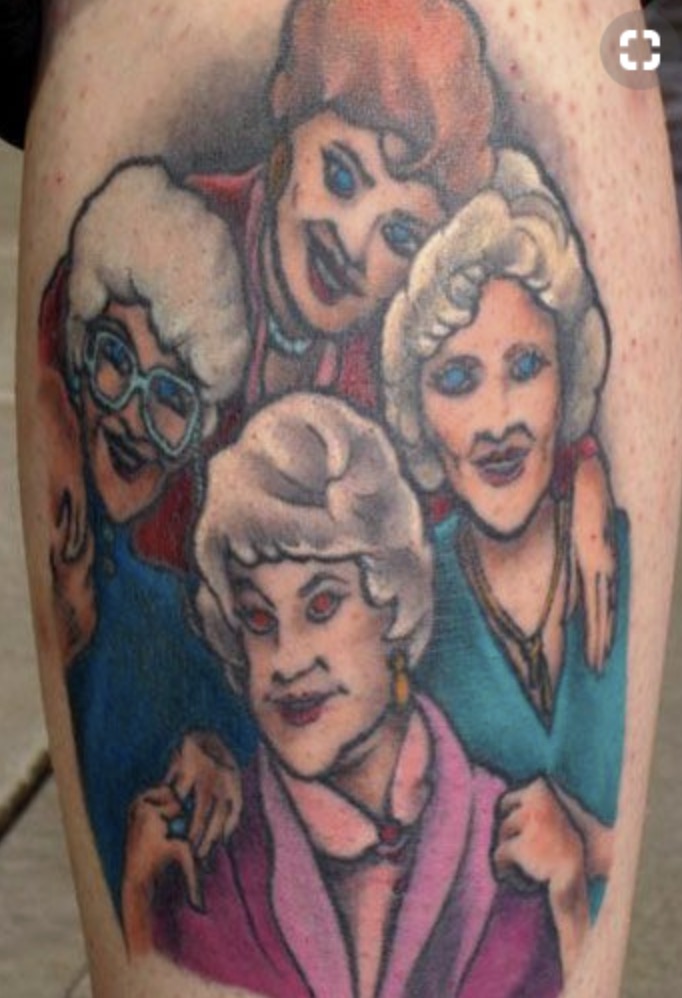 12. And this is from the episode when they all get hooked on bean burritos. 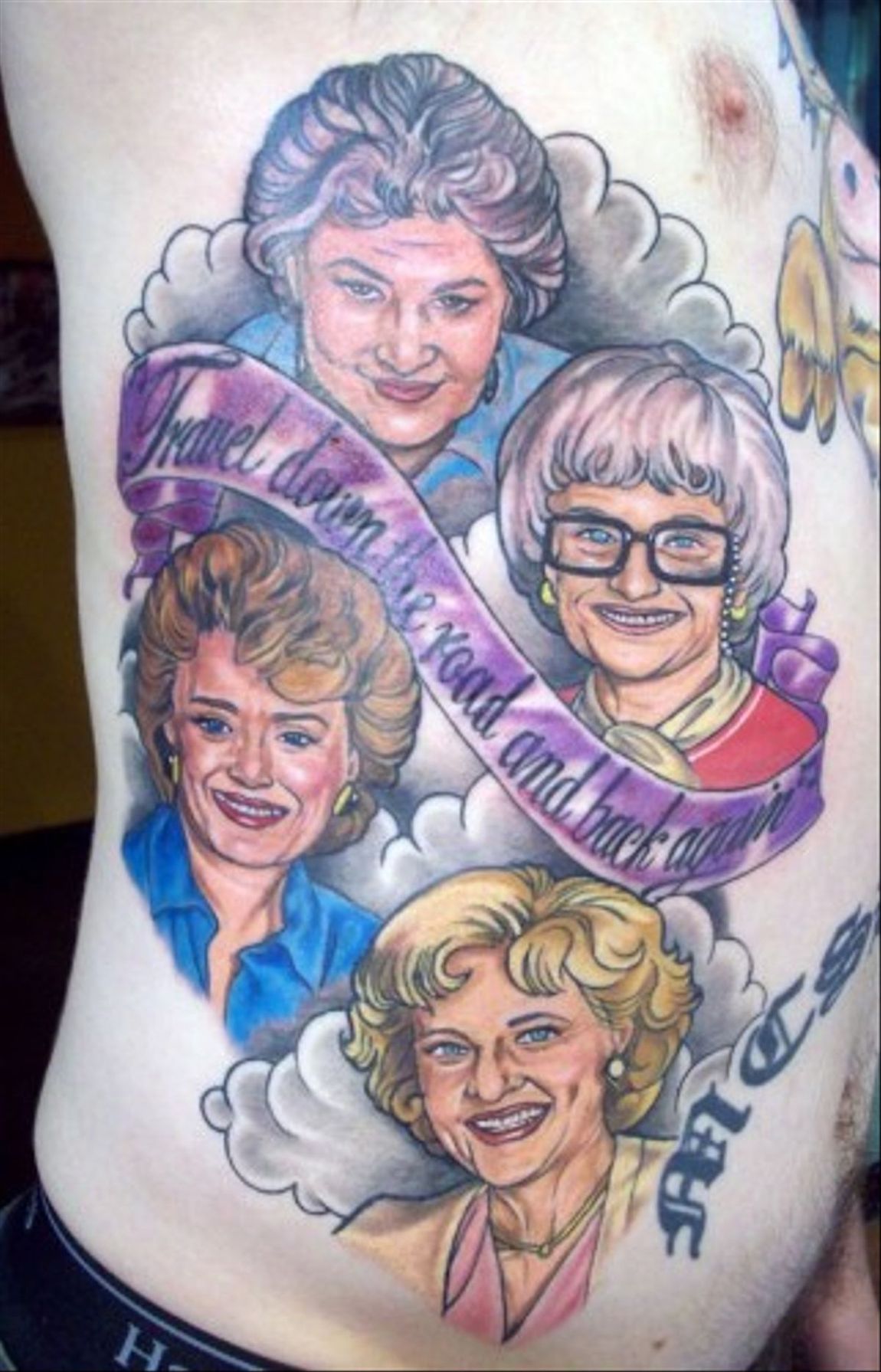 13. This guy isn’t actually a fan, he just belongs to the world’s gentlest biker gang. 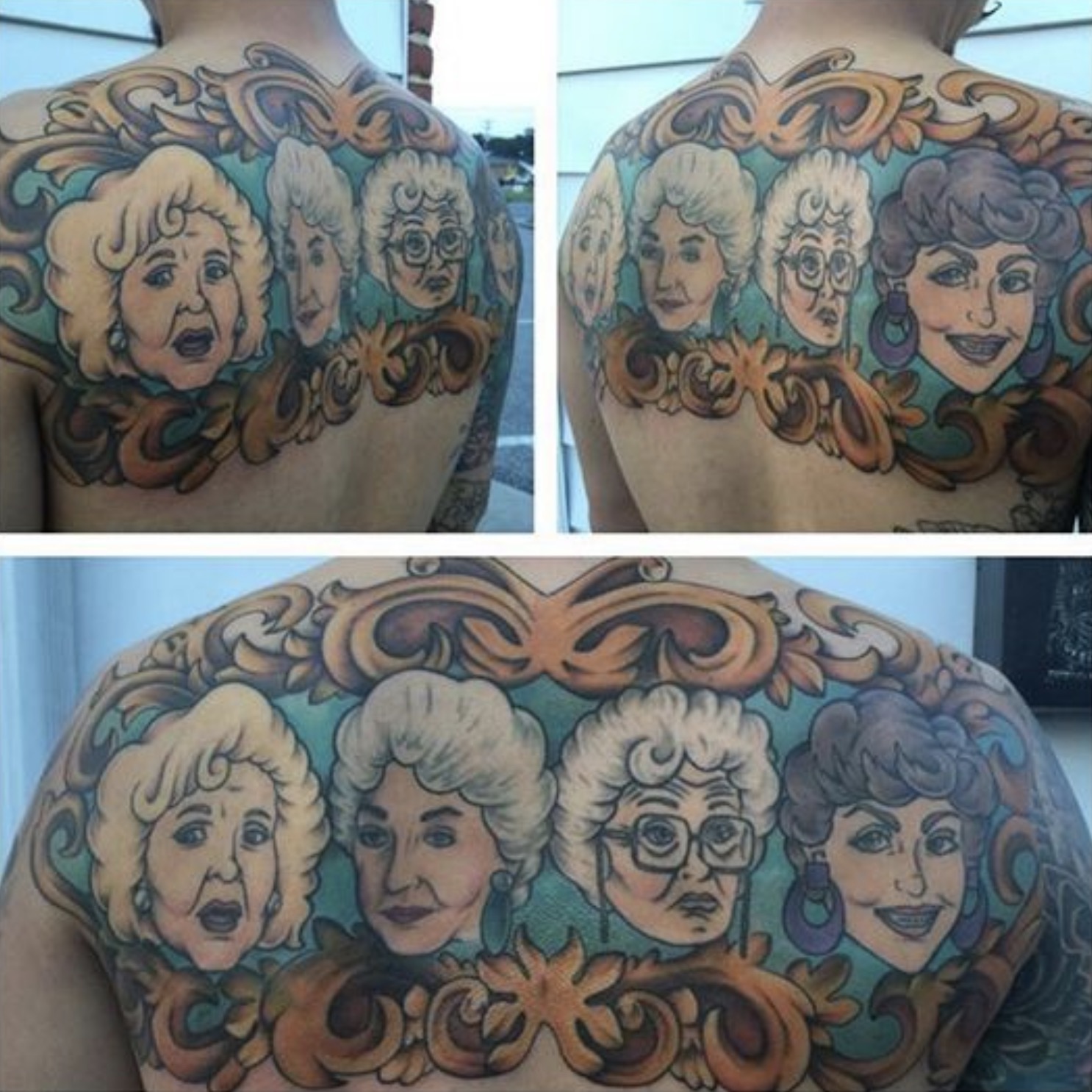 14. When your two favorite people are Betty White and Satan, but you only have money for one tattoo. 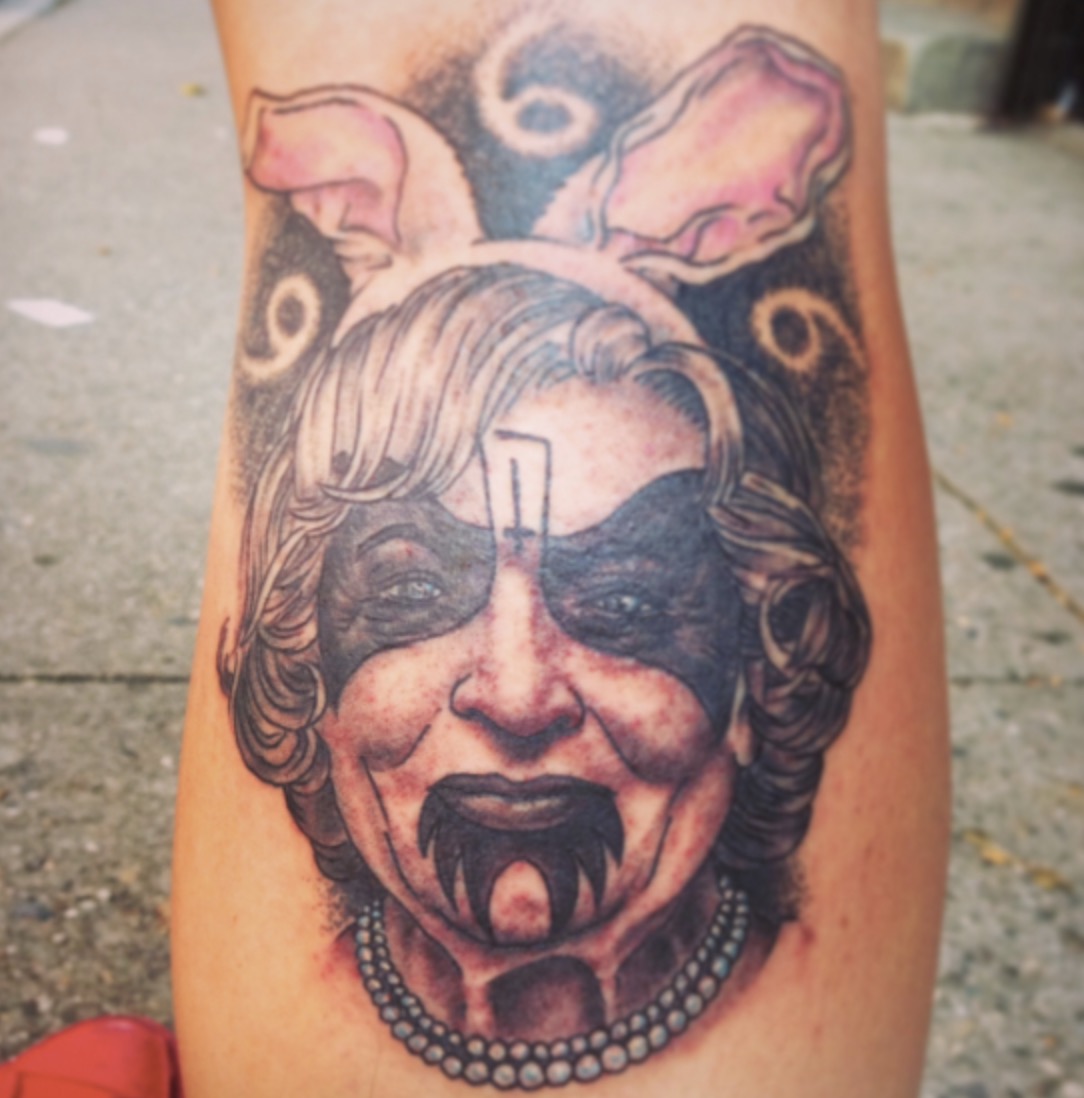 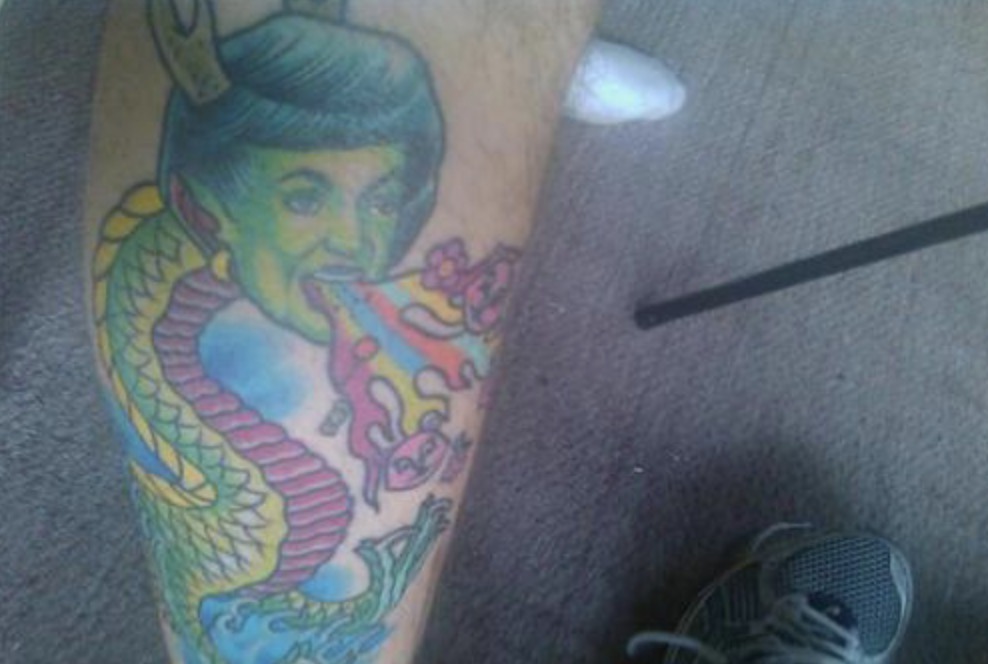