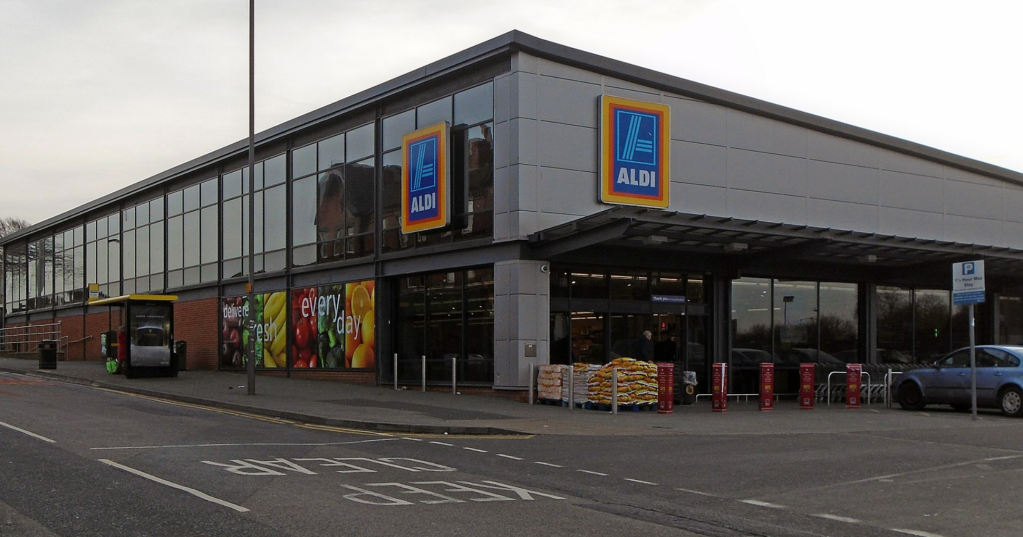 Aldi: The Stock-up Store. I totally remember those commercials from my childhood, but I don’t think I ever actually stepped foot into an Aldi until 2005 in Chicago. I was working for a catering company, and I got sent there constantly to pick stuff up. I grew to kind of dislike Aldi, to be honest with you…

But let’s not complain, let’s get to the funny stuff about Aldi, okay!

Here are tweets that sum up the Aldi shopping experience…if you’ve been there, then you know…

My wife said we would save money on Halloween candy if we bought it at Aldi so I guess we're handing out Twicks, Skattles, and 4 Musketeers.

There's just NO need for how fast they scan your shit at aldi. Stop firing cocktail sausages at me Janice and calm the fuck down

I have my 8yo still believing that a "pumpkin patch" is just that giant box of pumpkins you rummage through at Aldi.

She died doing what she loved: Walking through Aldi with her arms overflowing with groceries because she didn't spend a quarter to rent a cart.

6. That means wealth in my book.

I don't need to be rich. I just don't want to have to think twice before renting a cart at ALDI.

Me: Have you ever considered slowing down? Stopping to smell the roses?

Aldi Cashier: *Throws box of cereal at my face*

Wow, this garage sale has a lot of food.

Sir, this is an Aldi.

Aldi’s doesn’t save me a damn dime. What I save on food items, I end up spending on the other stuff they have there. ?

I'm pretty sure a mountain lion could roam the aisles of Aldi undetected as long as it wore Capri pants and brought its own reusable bags.

the "vegetarian" section at my local aldi is literally just garlic bread and as a vegetarian i'm very happy and here for it pic.twitter.com/CvAbffK42K

I'm generous, but not give someone the shopping cart with my Aldi quarter in it generous.

Picked up some presents for my daughters at Aldi. Hope they like My Little Horsey and Lettuce Patch dolls.

I’m in an Aldi and the bastards made the leprechaun a Protestant pic.twitter.com/vJKohnr7o1

Are you an Aldi lover?

Tell us all about it in the comments!