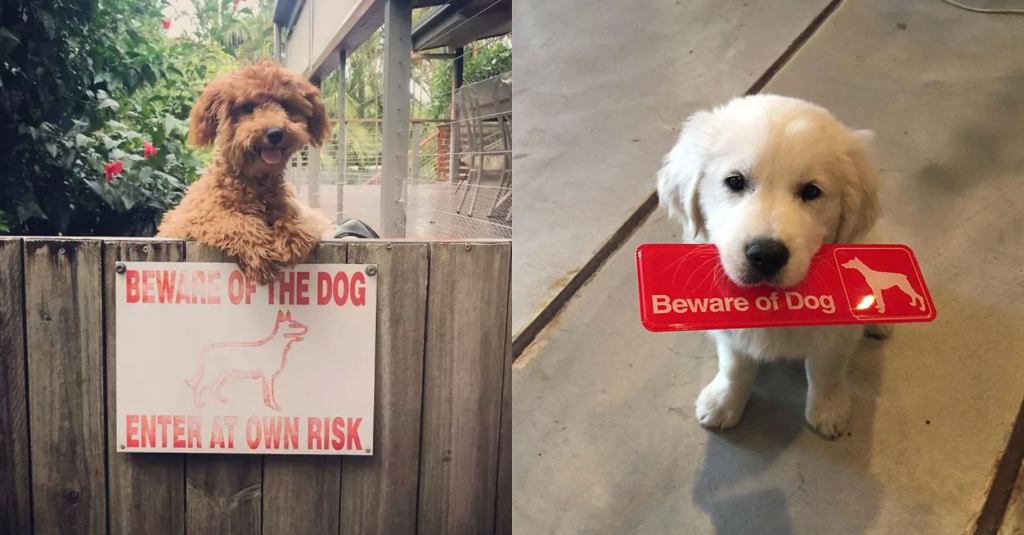 15 Pictures Of Cute Dogs Next To “Beware Of Dog” Signs

Humans have been domesticating dogs for anywhere from 15,000 to 40,000 years. For most of this time, we’ve domesticated dogs specifically so they could do jobs for us. Dogs have been used for pest control, hunting, shepherding, tracking, and most of all, protection. A barking dog was pretty much the Paleolithic Era’s version of a home security system.

Dogs still have jobs today, but by far the most common reason modern people get them is companionship. Which is understandable, since dogs are literally perfect. As a result, though, most dogs today are much gentler and goofier than the guard dogs that came before them.

So, when you put one of these fuzzy goobers in front of a classic “Beware of Dog” sign, it’s comedy gold. Here are 15 very good boys and girls who deserve all the head scratches, and certainly wouldn’t attack anyone no matter what a sign says.

1. If that’s what he does to his own sign, imagine what he’ll do to you. 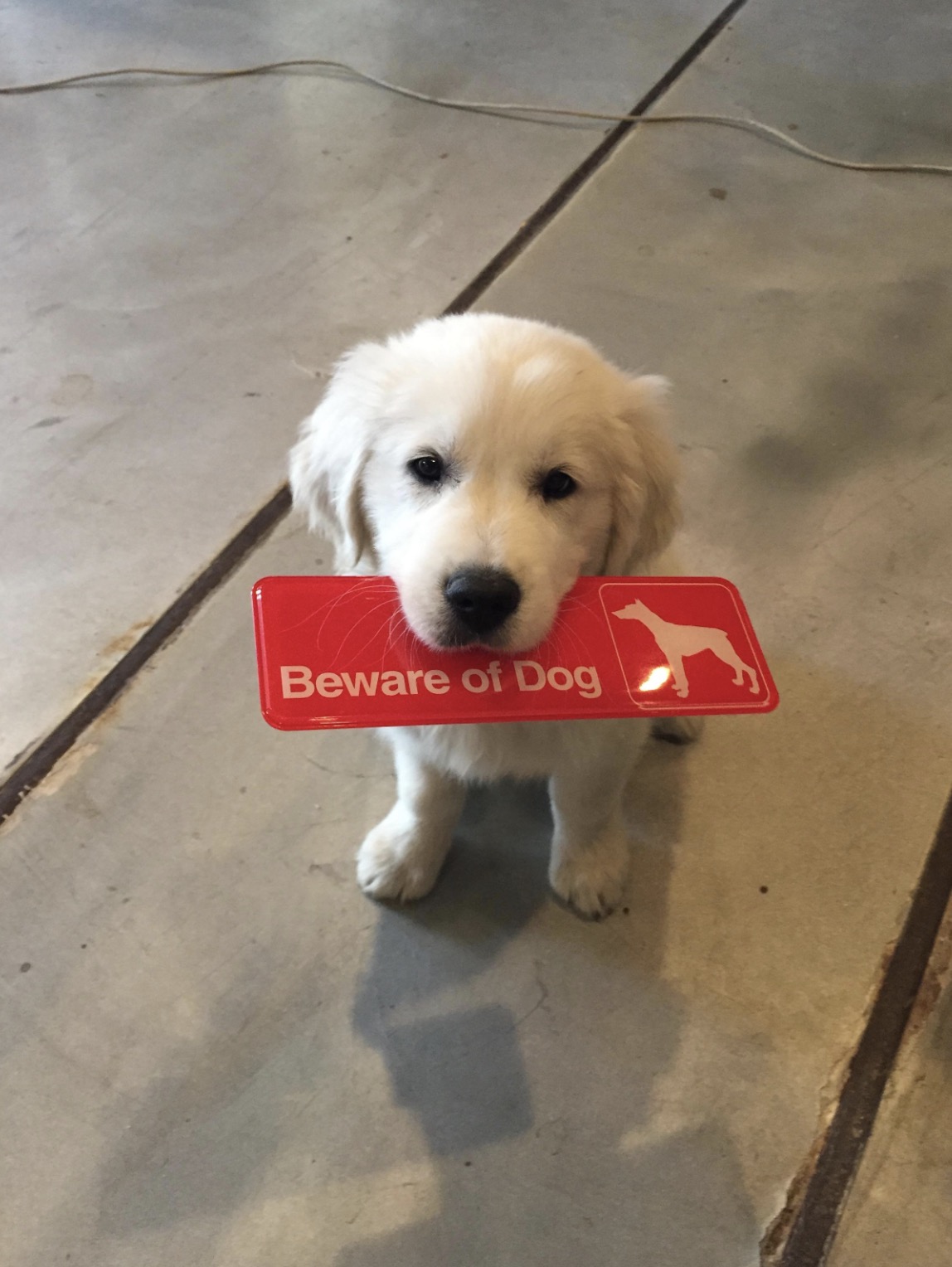 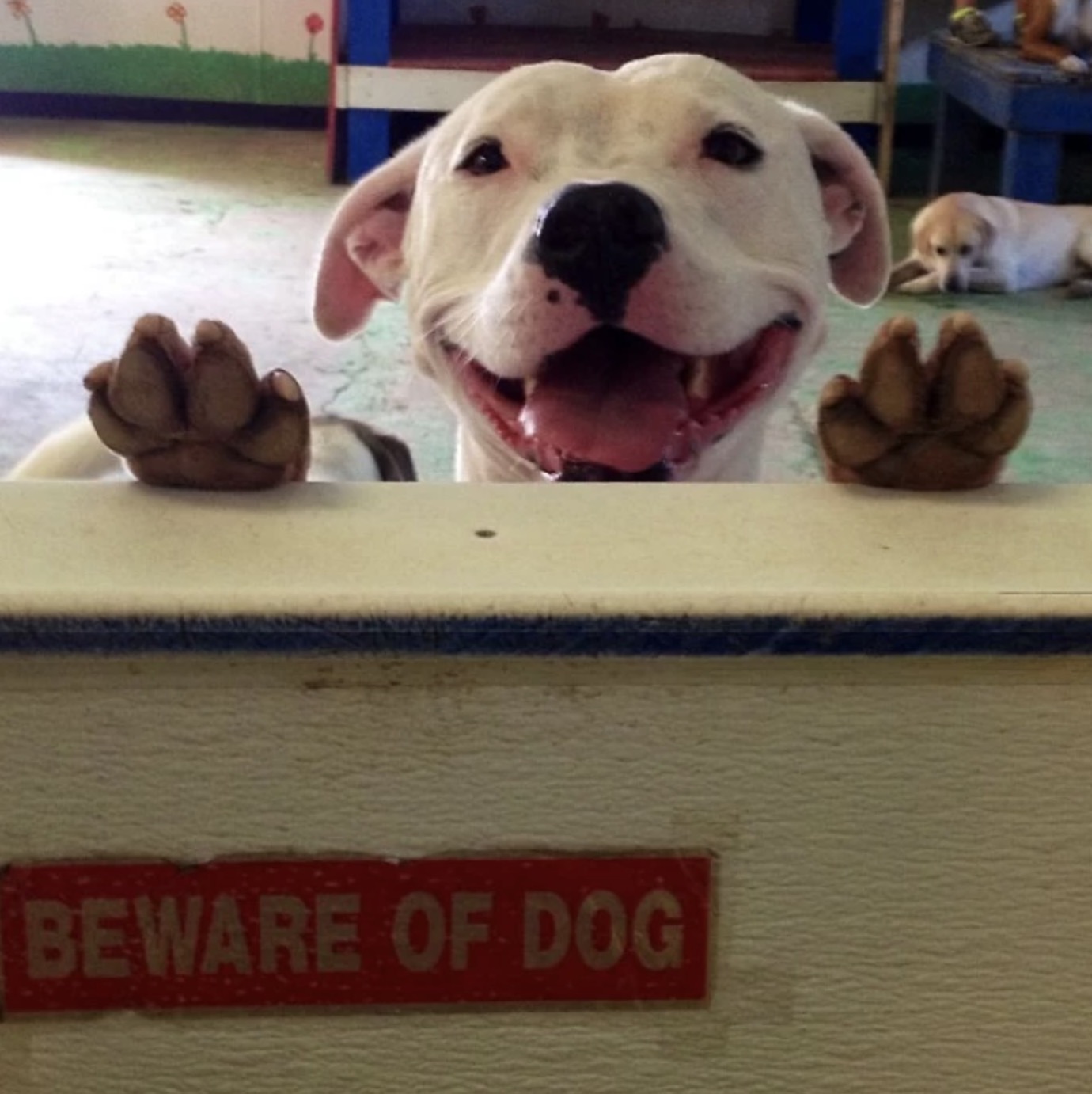 3. When an attack dog lies on her resume. 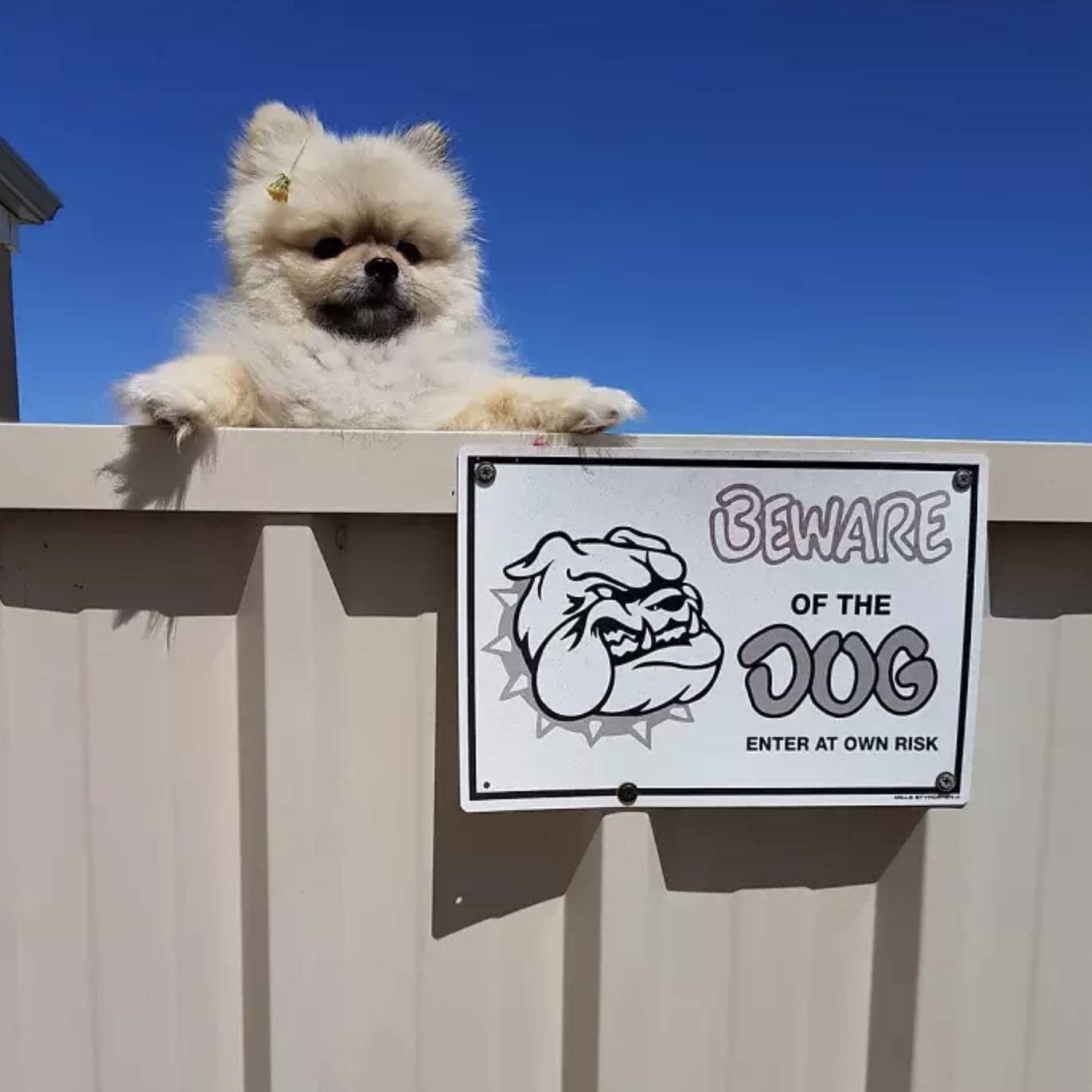 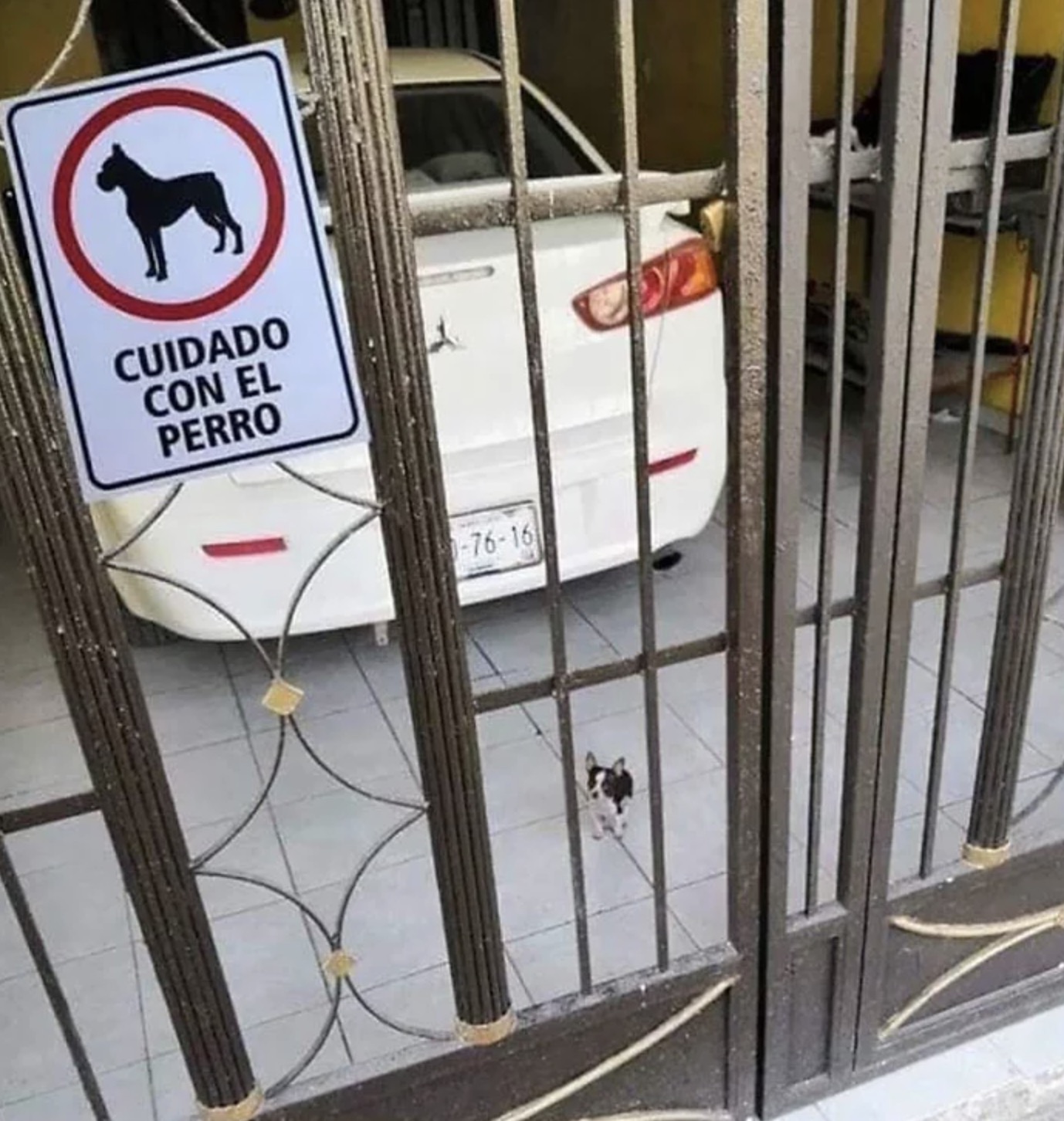 5. The bane of slippers everywhere. 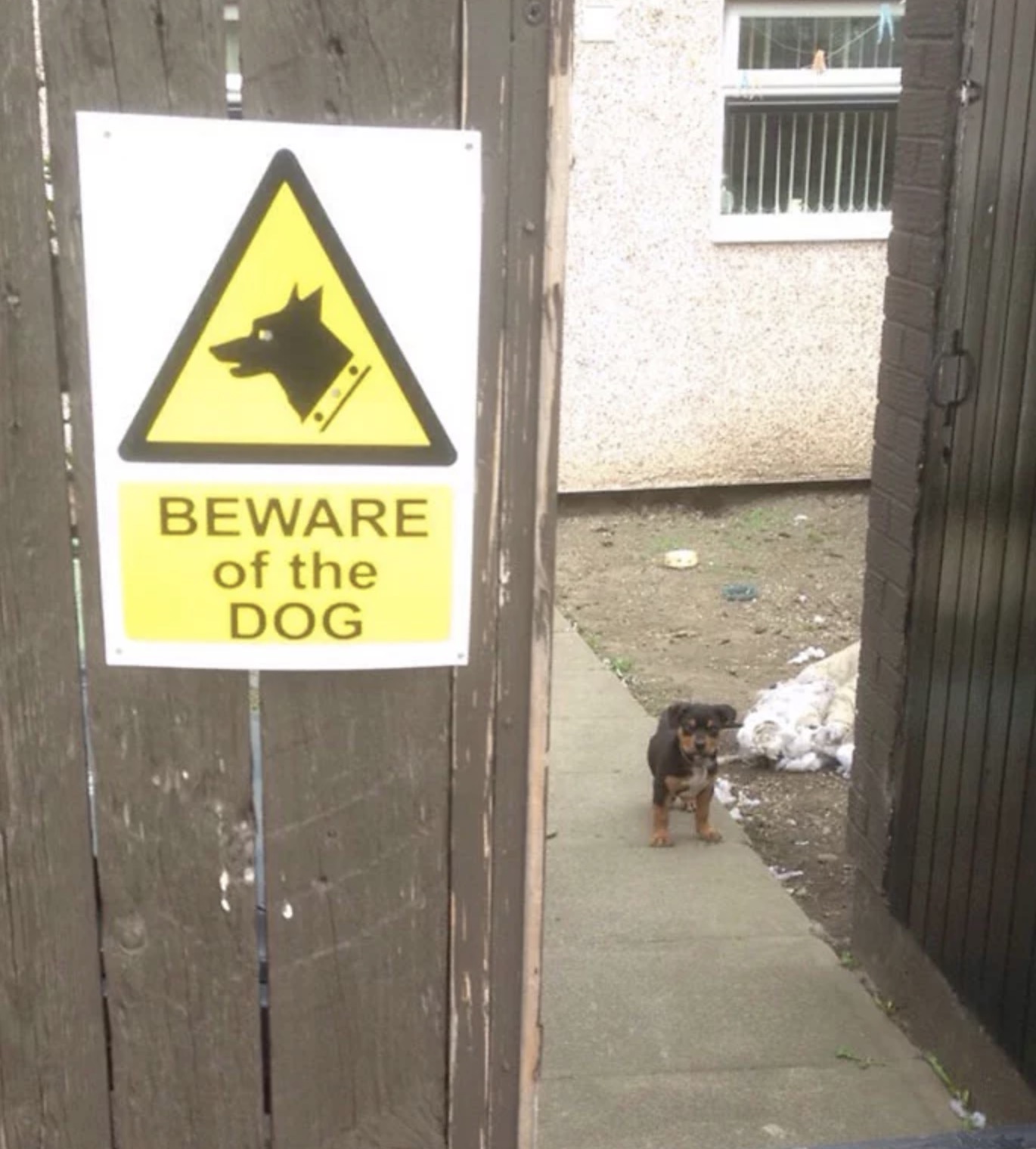 6. Please. He’ll attack you with kisses, at best. 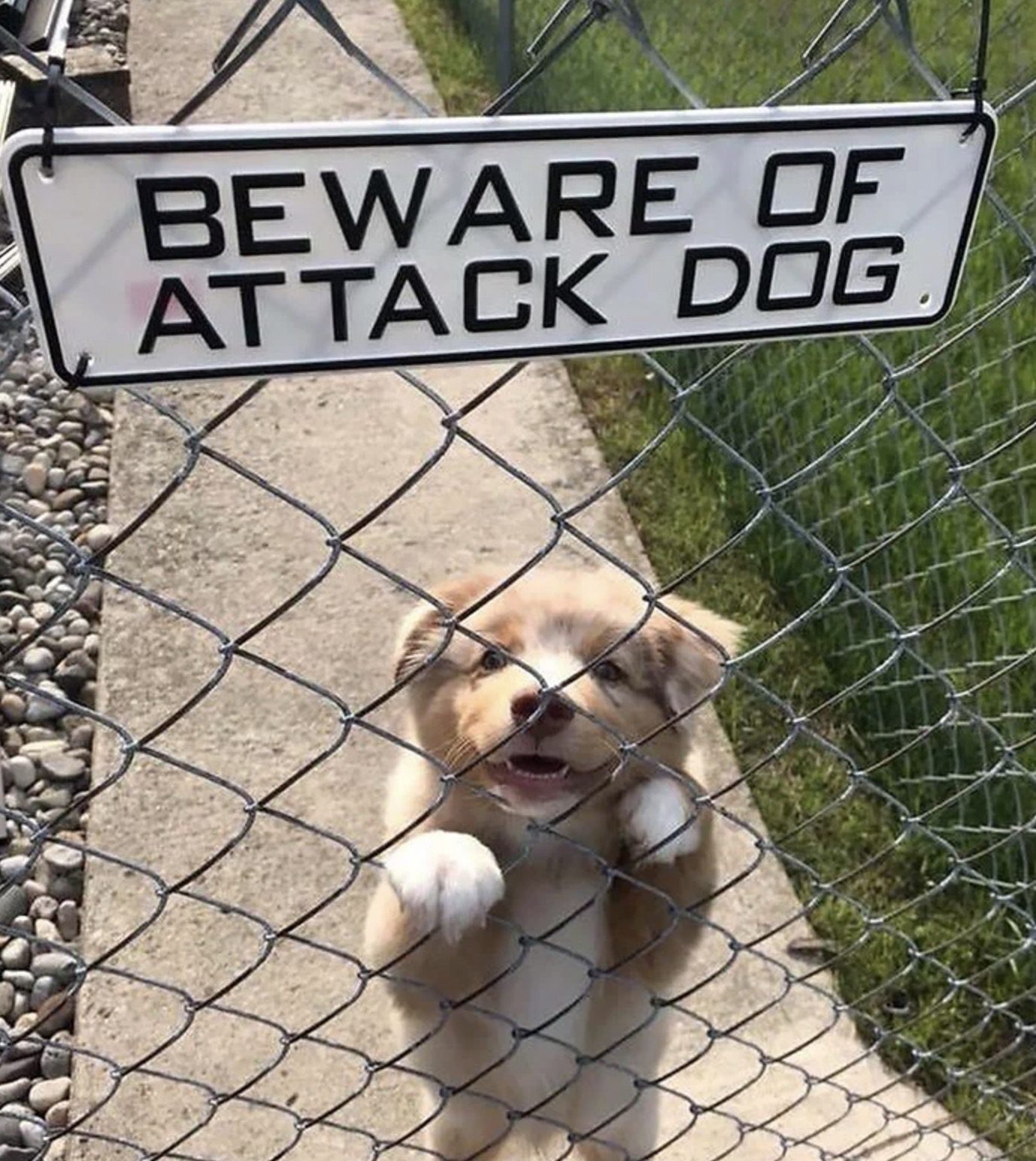 7. His one weakness? Belly scratches. 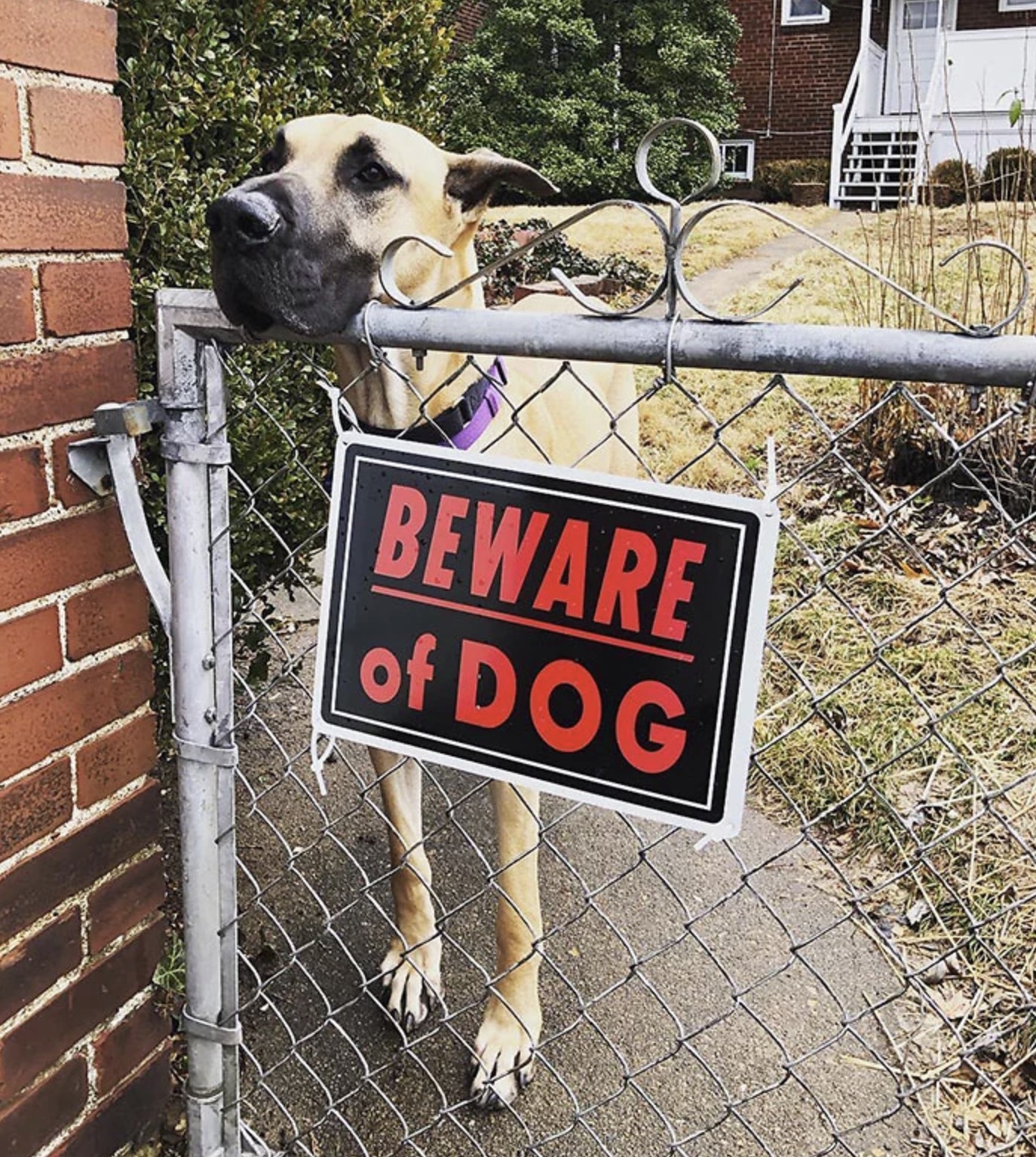 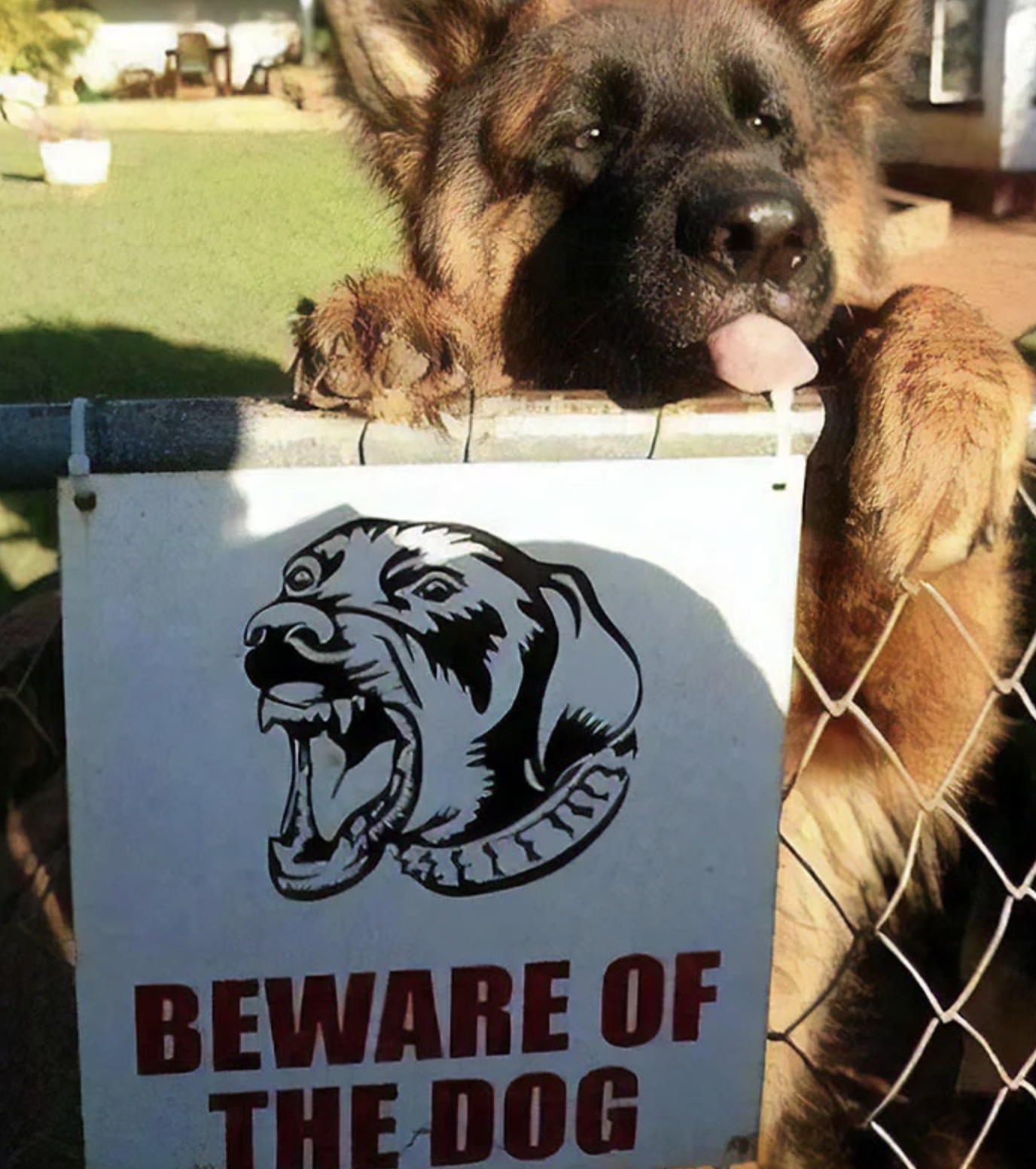 10. “I am always vigilant. Nothing will distract me from–OOH BUTTERFLY!!!!” 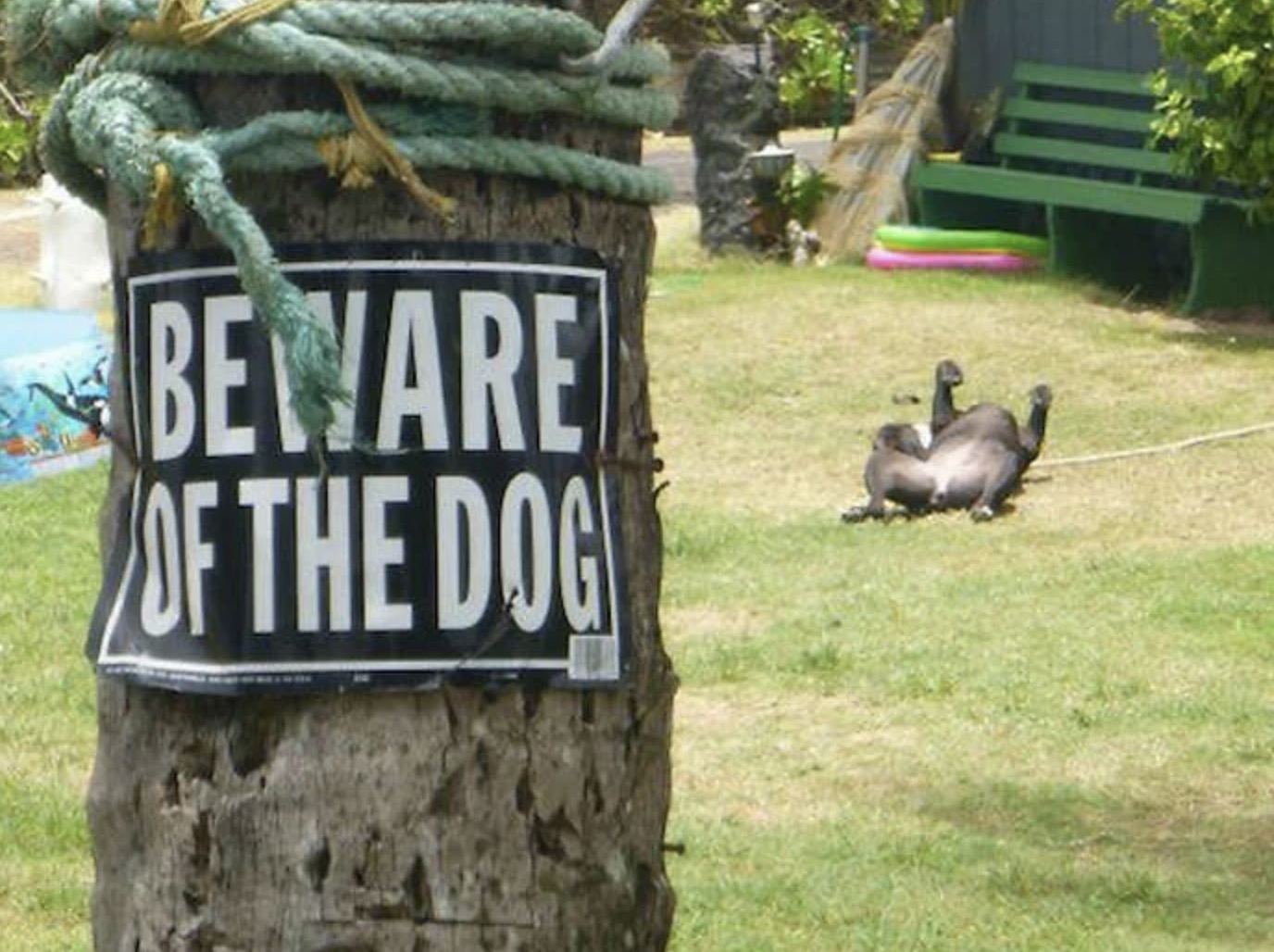 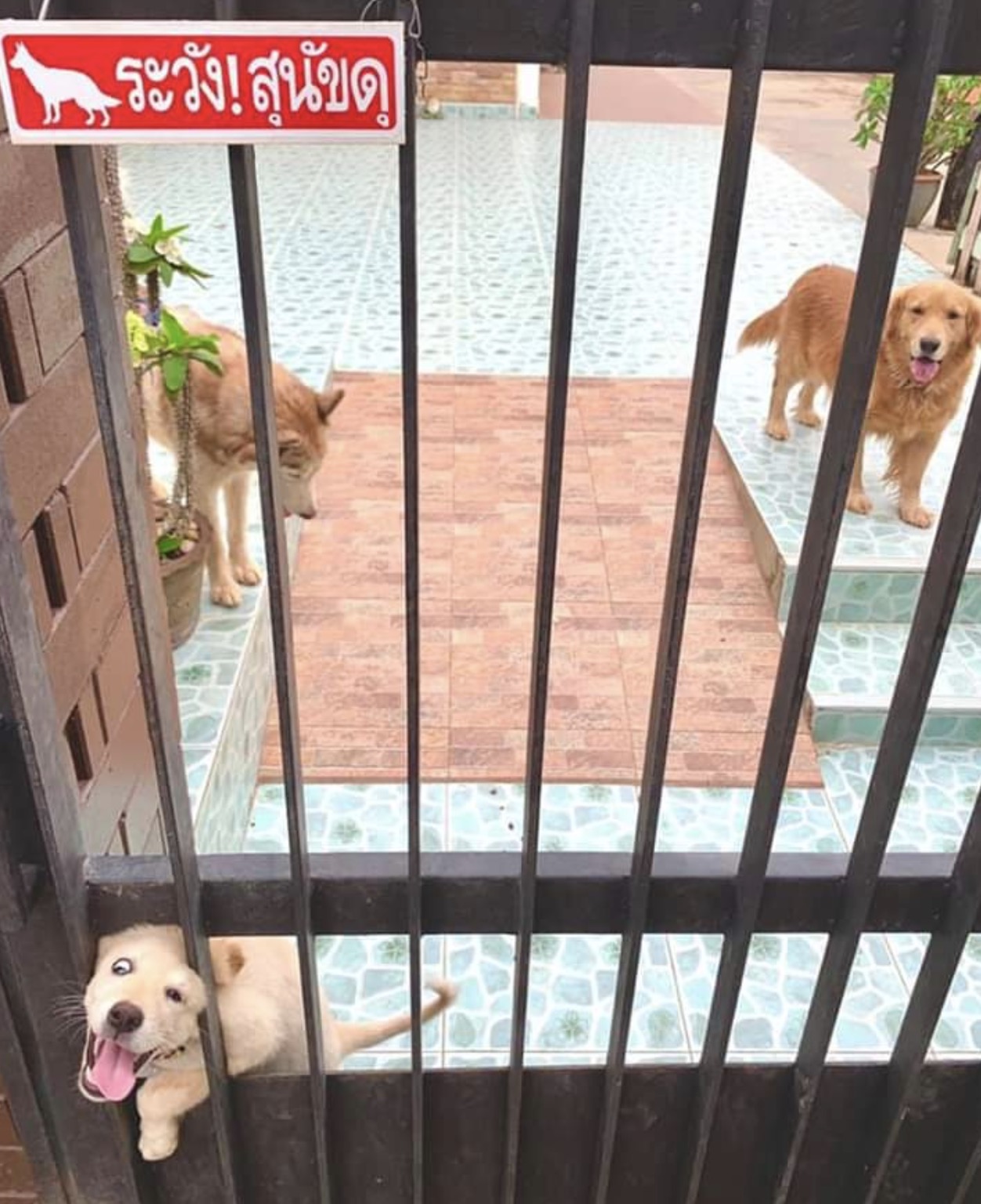 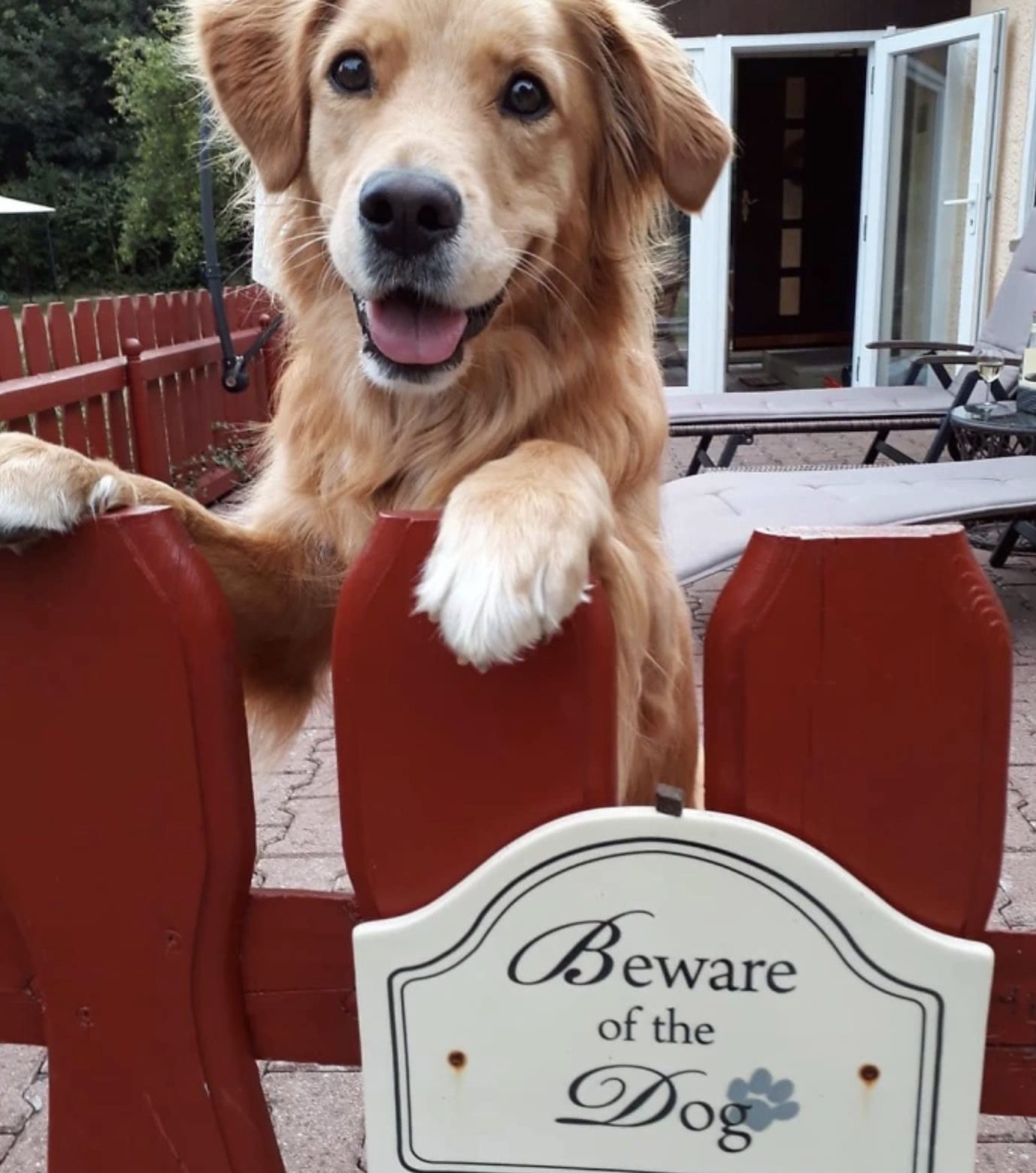 13. That shirt is made from the skins of her enemies. 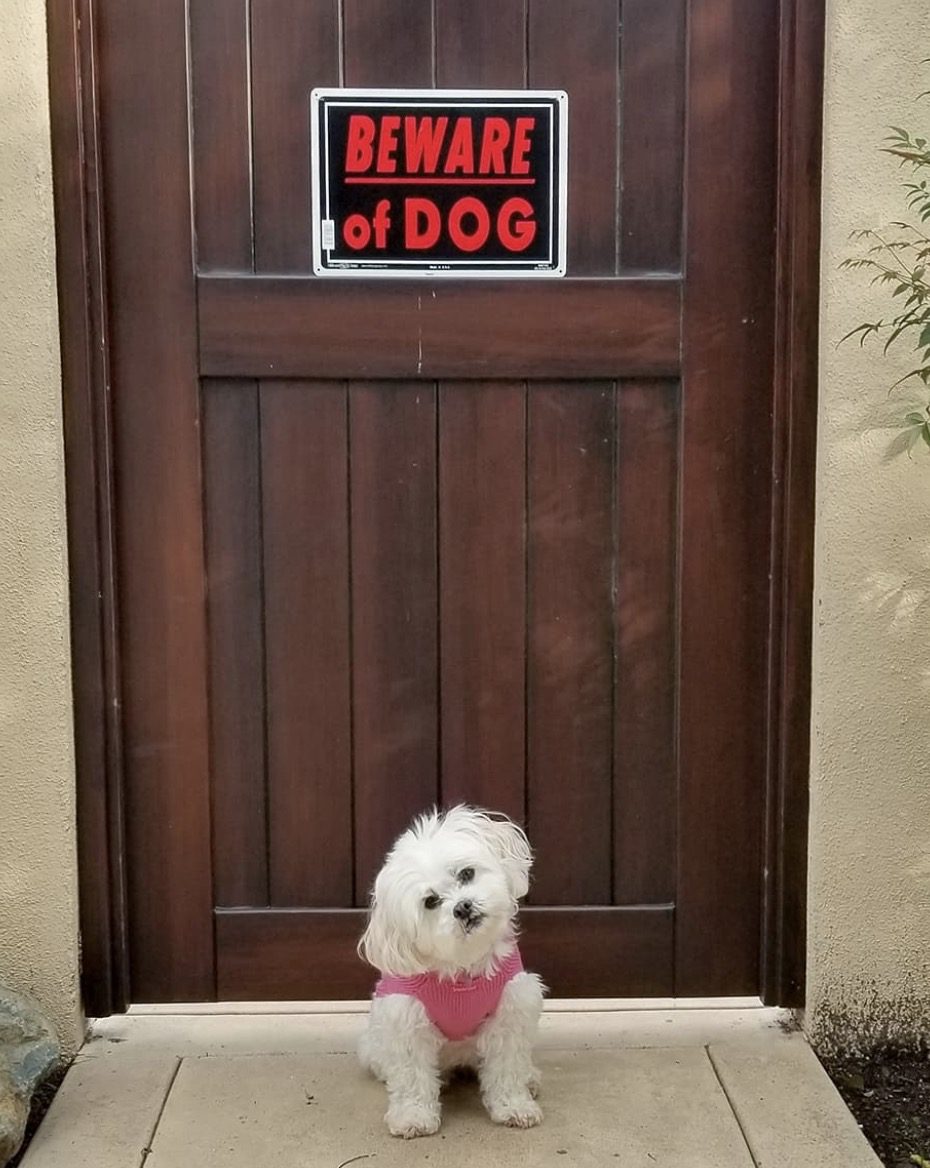 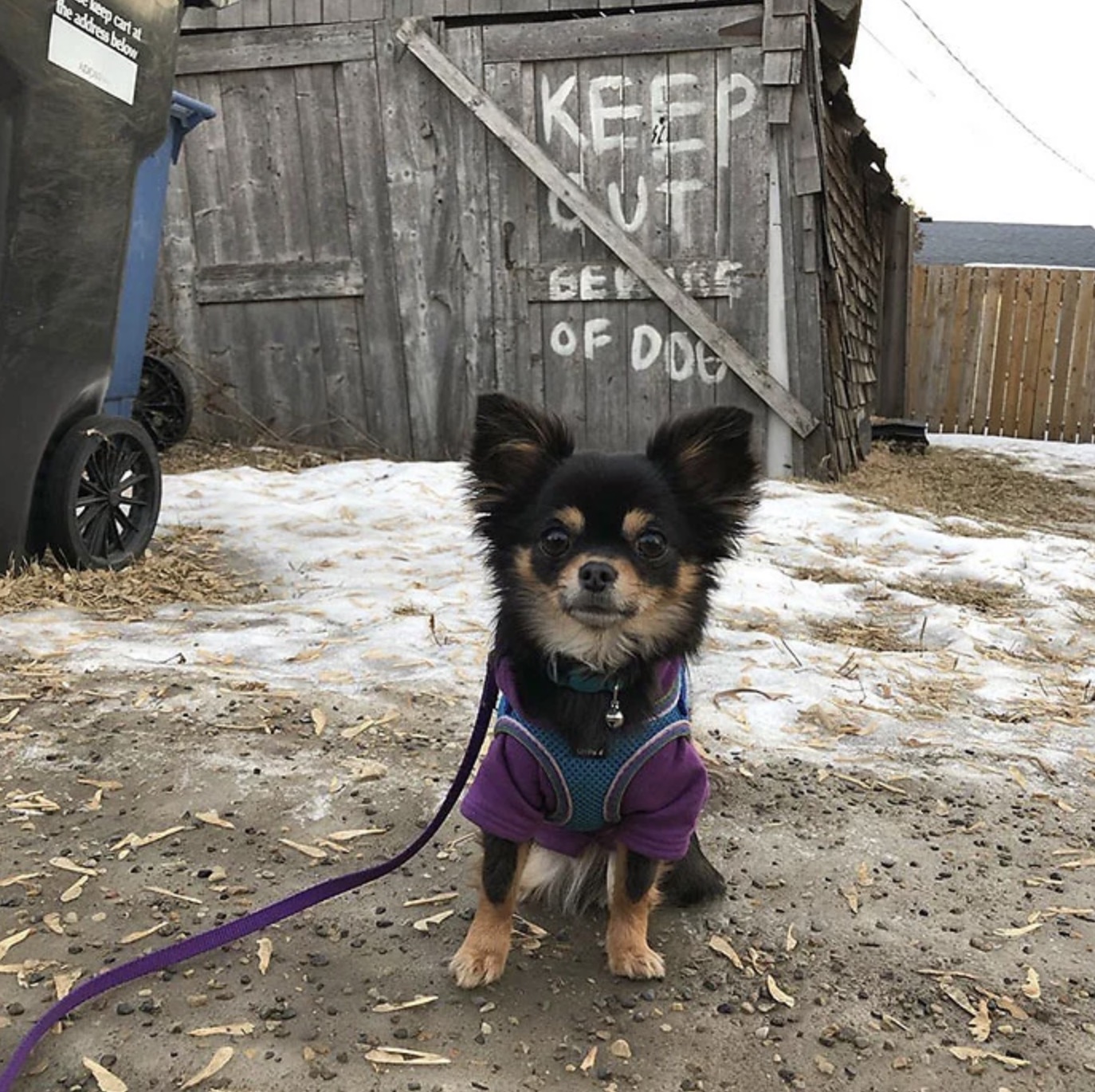 15. The only “boxing” this Boxer has done was when he got his head stuck inside a cereal box. 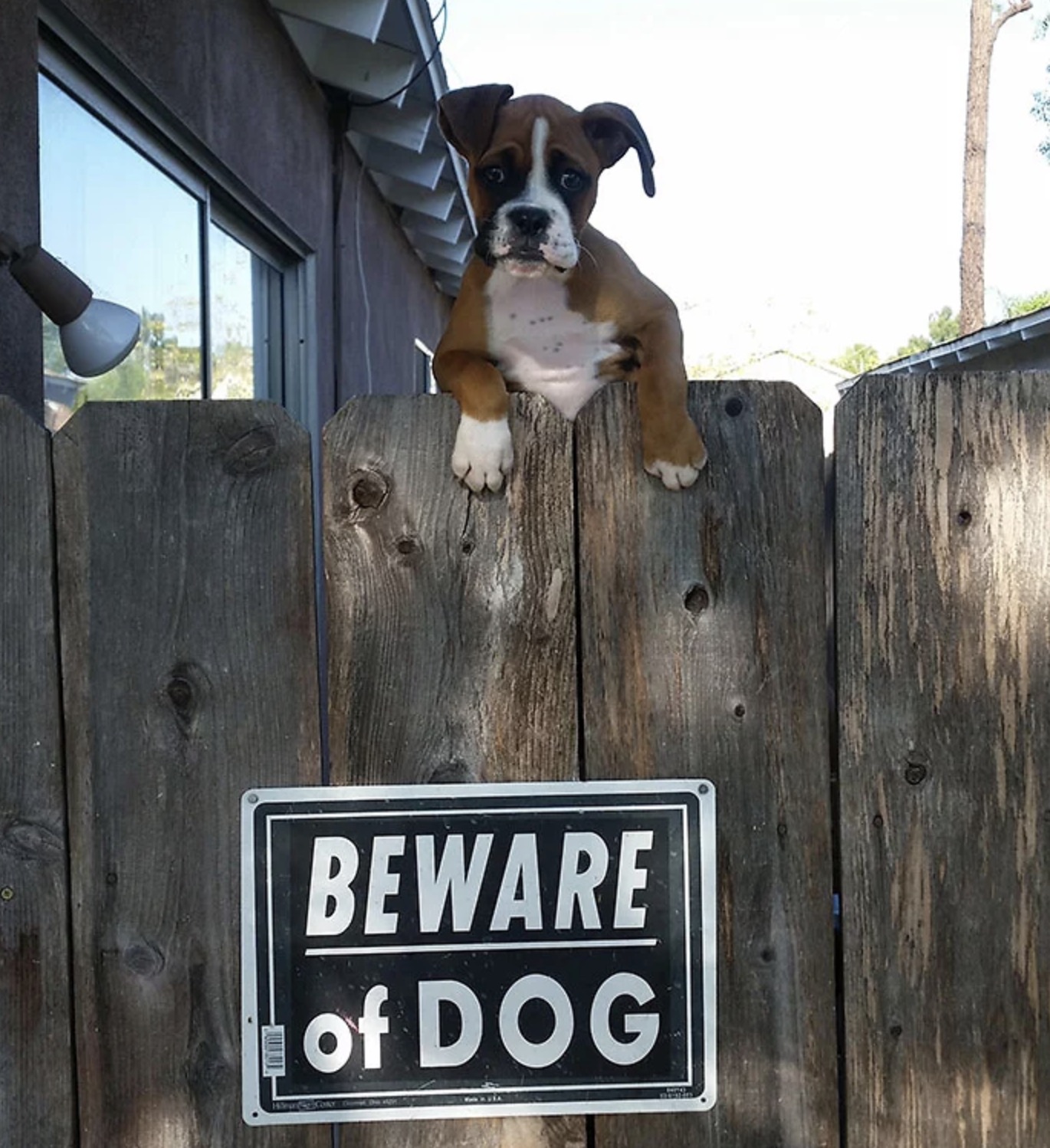