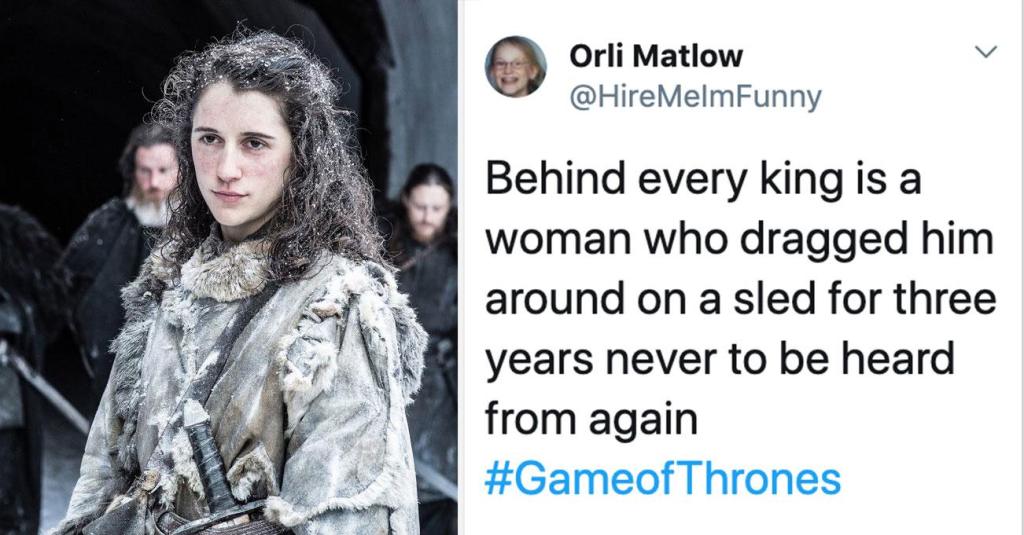 If you don’t watch Game of Thrones, you might have noticed that everyone in your office was really sad Monday morning. That’s because, after eight years, 71 episodes, countless back-stabbings, and more romantic familial relationships than any other TV show, HBO’s epic fantasy series has come to an end.

Your coworkers might be sad that their favorite show is over, but they’re more likely sad because Game of Thrones didn’t end the way they thought it should. When any massively successful TV show ends, it’s bound to leave some of its fans disappointed. But GoT managed the rare feat of angering just about every fan it ever had. Maybe you heard about the online petition to force HBO to remake the final series? It just passed 1 million signatures.

If you missed Game of Thrones, you’re probably feeling smart right now. But if you’re among the million of fans who didn’t like how it all ended, we’ve got some memes about the final episode. All the sloppy writing, hamfisted themes, bizarre characterization, confusing plotting, and frustrated expectations, (plus all the delightful moments) are right here to be made fun of.

Losing a favorite TV show hurts, and it’s OK to take time to grieve before moving on to a whole new show to hate.

Also, if you haven’t seen the finale, and you’re still planning on watching it, AND you’ve somehow avoided spoilers already, well, this article is full of spoilers.

1. A good compromise, and a good TV series finale, leaves everyone angry.

“no one is very happy, which means it’s a good compromise” is pretty much the main takeaway of this finale #GameOfThrones pic.twitter.com/5xyU6NiC0S

2. When the weirdest and least essential character ends up on the throne. 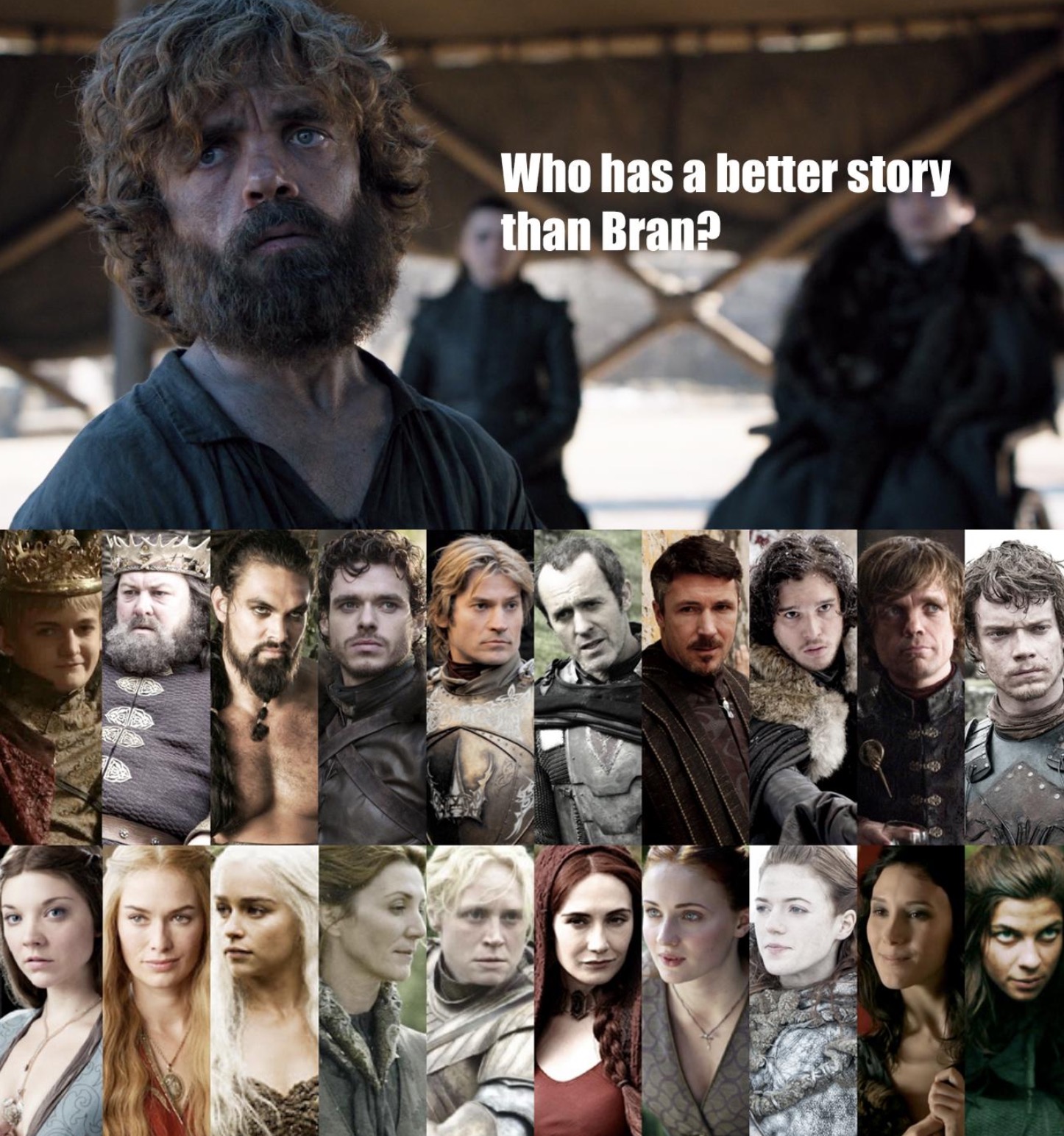 3. Seriously, did ANYONE like seeing Bran end up king? 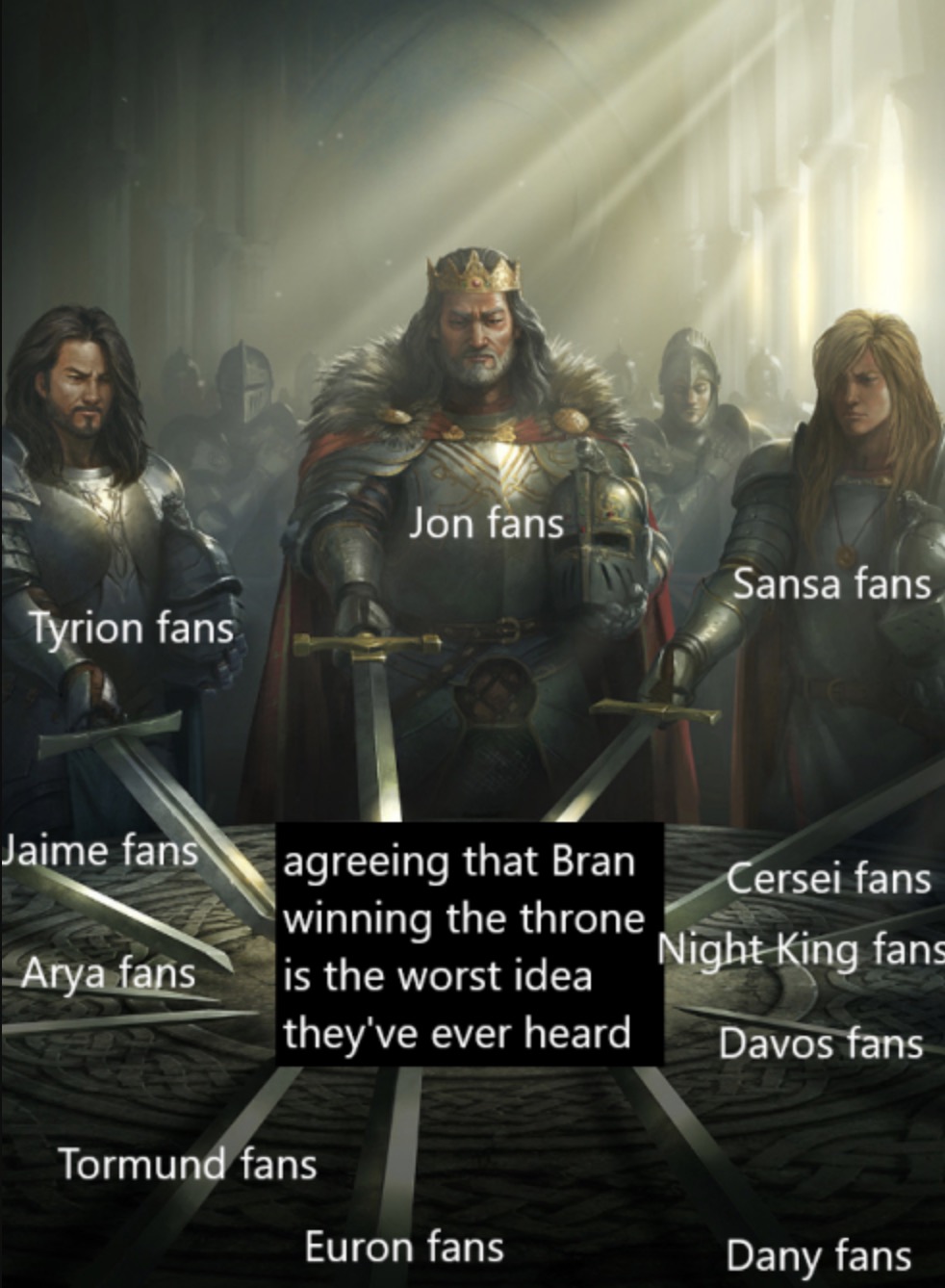 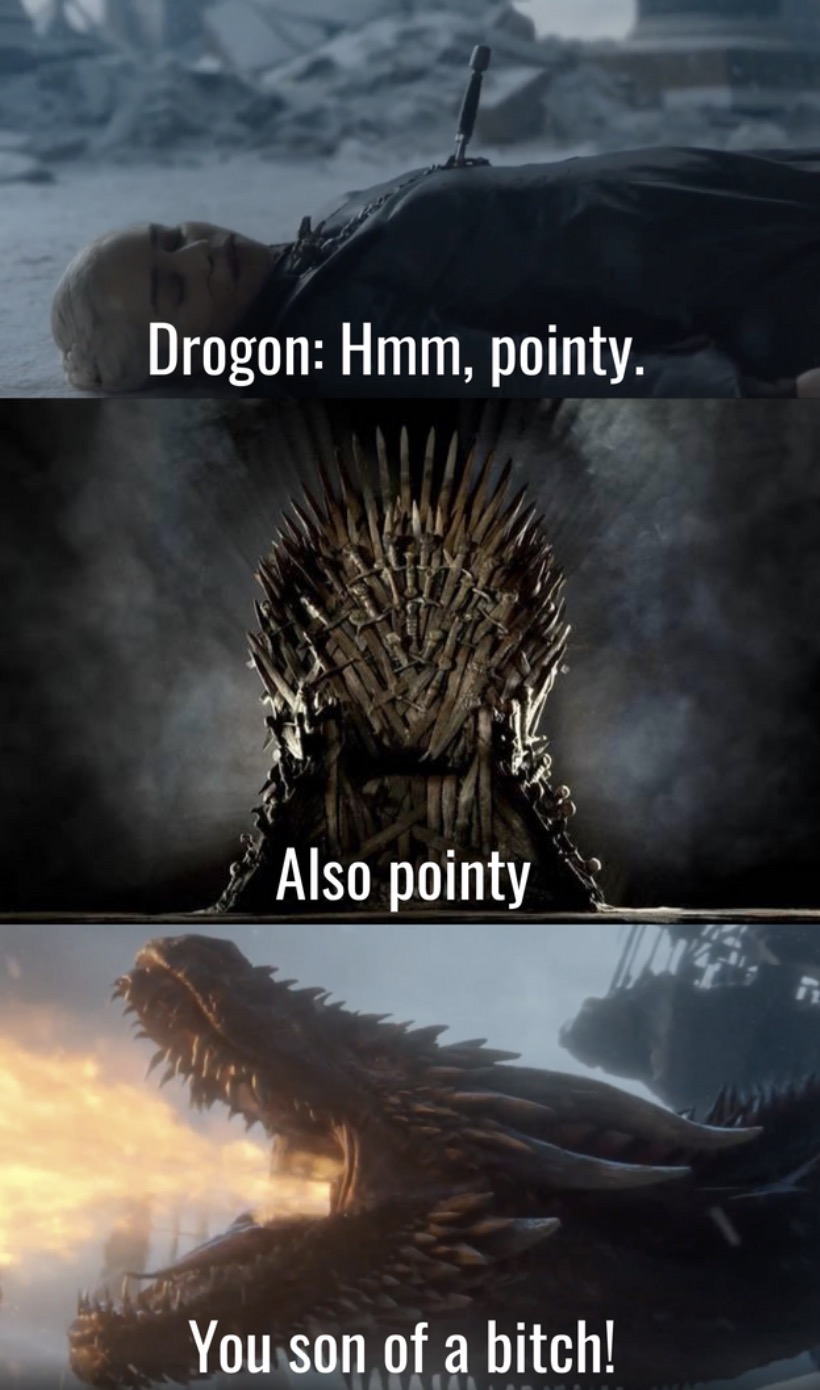 5. Brienne’s still salty about Jaime. So are we.

6. Let’s hear it for the Master of Grammar.

ser davos changing from an illiterate man to someone who corrects grammar is the only valid character development in #GameOfThrones pic.twitter.com/aiCLnSqLDl

7. The one and only person who was happy about J0n’s ending.

Daenerys in hell watching Jon snow getting sent back to the wall #gameofthrones #GamesOfThronesFinale pic.twitter.com/ozHaCg2nNU

8. Not all king names are created equal.

Tyrion: the king shall be Bran the Broken

Tyrion: Bran the busted up

9. Never let a dude get in the way of your career.

If Daenerys hadn’t met Jon Snow she’d still have her friends, her dragons and mainly she’d still be alive. Focus on your career and not in lesser men, ladies. 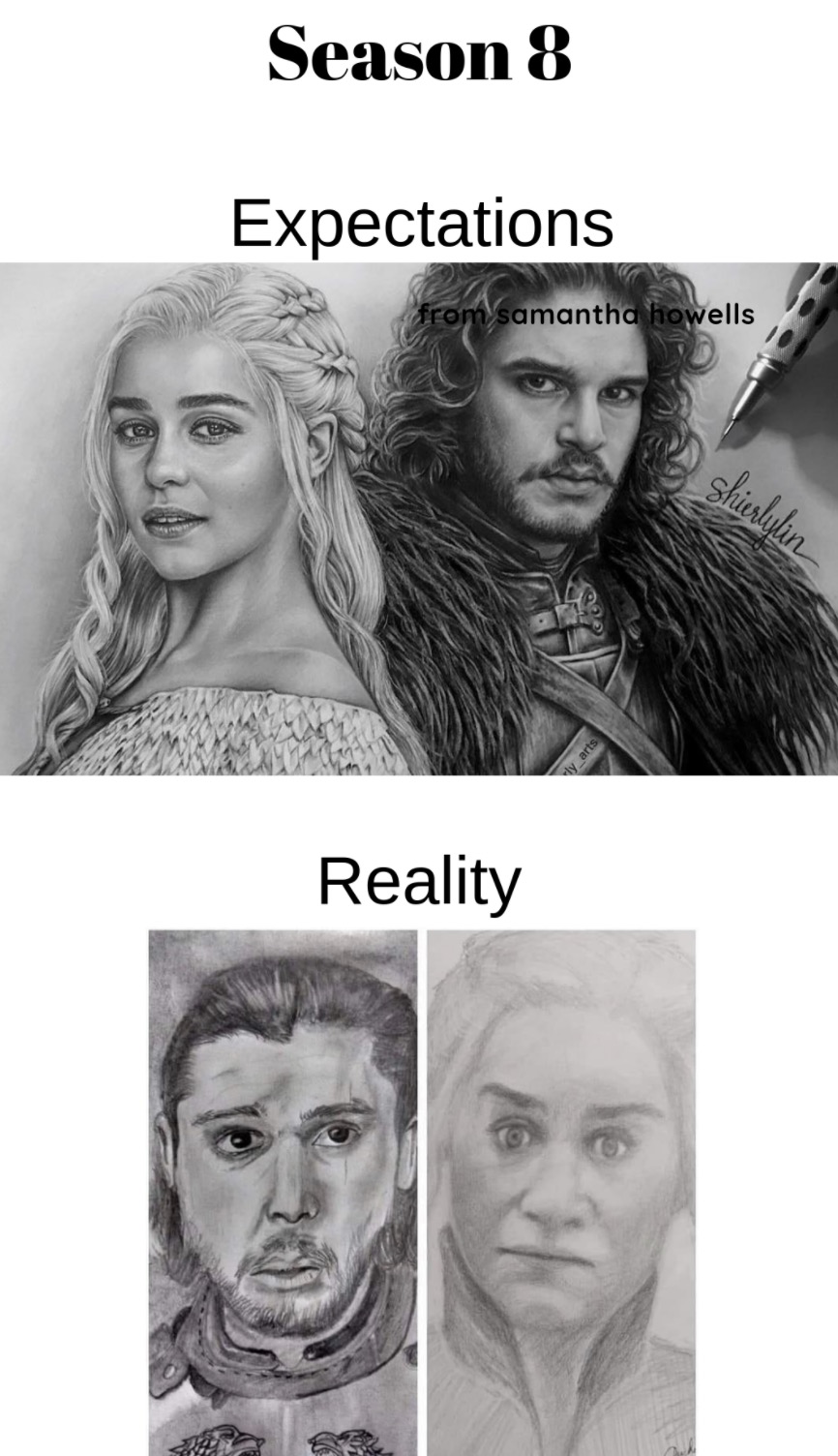 the main theme of Game of Thrones finally became clear in the finale: the importance of breastfeeding to grow up big and strong pic.twitter.com/axazLAnW58

Jon Snow During all Seven seasons VS the last Season #GameofThrones pic.twitter.com/dslMUnnVhk

13. HBO: not even worth using your ex’s password for any more.

so i’m watching the new episode of game of thrones, and the more i watch the more i realize dany is like thanos so i made a list of their similarities to compare pic.twitter.com/213cxb3SQF

14. Are all these huge pop culture franchises really so different?

so i’m watching the new episode of game of thrones, and the more i watch the more i realize dany is like thanos so i made a list of their similarities to compare pic.twitter.com/213cxb3SQF

15. And let’s not forget the show’s biggest villain: its own writers. 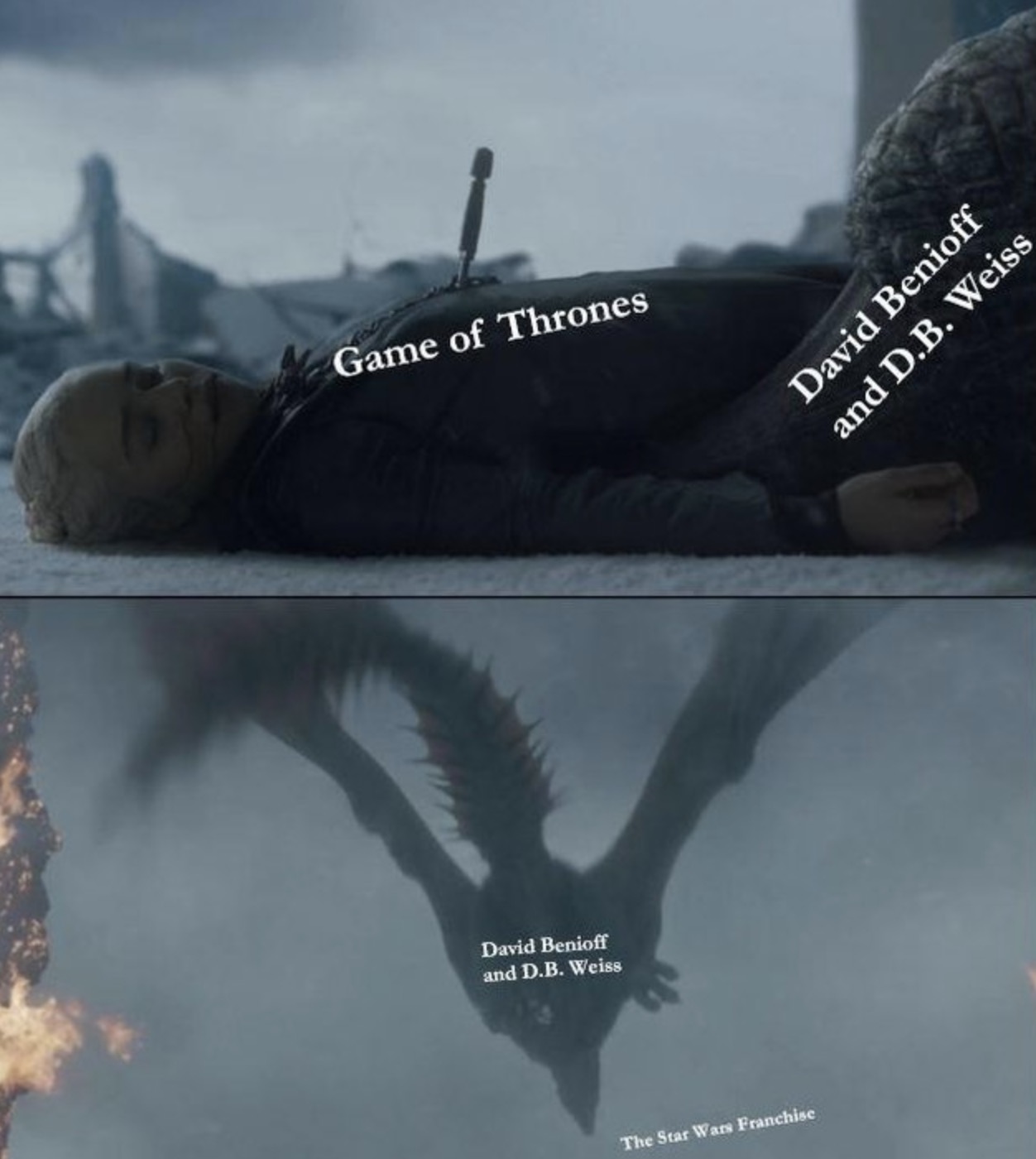