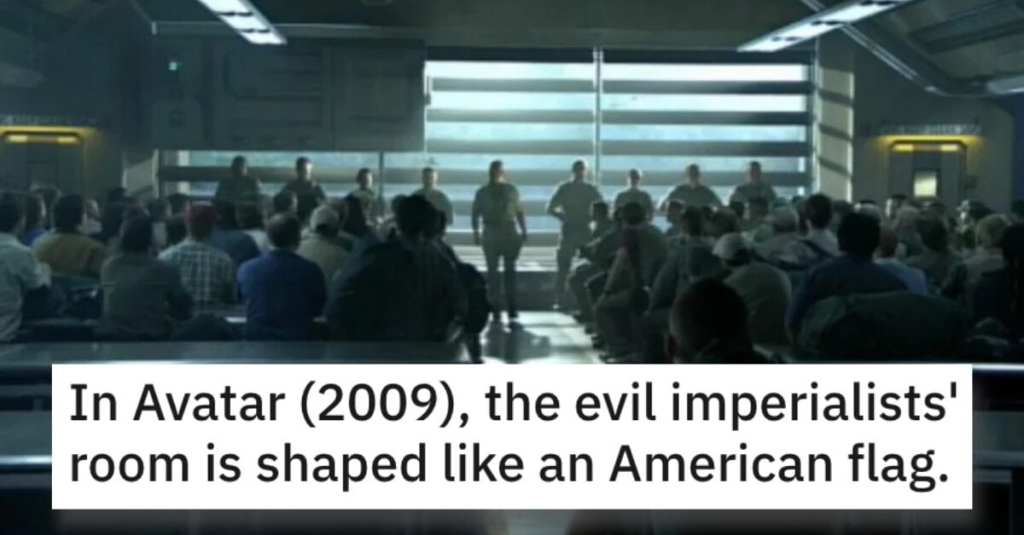 There are SO many movies out there to see that it can seem overwhelming at times, don’t you think?

Especially now with all these streaming services, the options are just endless. BUT, I have a feeling that most of you have seen a good majority of the movies that the folks talk about in these posts where they point out some pretty interesting things that you might have missed in popular films.

So what do you say? Do you wanna learn about some interesting movie details that probably flew over your head?

There will be no chest shaving here!

In Man Of Steel (2013), Henry Cavill (Superman) was asked to shave his chest for the collapsing oil rig scene, However he refused saying that Superman had chest hair, citing the famous "Death of Superman" graphic novel as a reference. from MovieDetails

In the incredibles 2, the painting in Helen’s hotel room is an illustration of her seperation from the family. from MovieDetails

I definitely missed that one.

The poster for the movie Legend (2015) mocked one of its negative reviews by hiding the two star review between the Kray twins heads. from MovieDetails

I need to revisit this movie.

In the Truman Show, we see Truman taking high dose vitamin D at breakfast time. This is to counteract the deficiency he would have becouse there is no real sunlight in the constructed world he inhabits. from MovieDetails

5. That was definitely not a mistake.

Portraying America as the Evil Empire.

In Avatar (2009), the evil imperialists’ room is shaped like an American flag. from MovieDetails

6. The importance of the moment.

In "The Return of the King (2003)", during the epic scene of the Rohirrim Charge Peter Jackson requested that only extras who have read the novel and could recite the scene, to be placed in the front lines as they are aware of the importance of this moment. It’s how he ended up with this epic rider. from MovieDetails

Had to localize the joke.

In Inside Out, the pizza toppings were changed from broccolis to bell peppers in Japan, since kids in Japan don’t like bell peppers. Pixar localised the joke. from MovieDetails

Pay attention to this next time.

In Interstellar on the water planet, the soundtrack in the background has a prominent ticking noise. These ticks happen every 1.25 seconds. Each tick you hear is a whole day passing on Earth. (Math in the comments) from MovieDetails

Took on a darker tone.

Mulan (1998) only has musical numbers for the first half, until the characters find the destroyed village. From there on songs were avoided because the tone was meant to be darker. from MovieDetails

This is an important movie.

What did he get himself into this time?

In Home Alone (1990) when they counted the people for the trip they say there’s 17 people in total. An odd number between two vans means they will be split 8/9. Since Kevin was missing both vans had 8 people instead, making each group assume they were on the 8-people van, not suspecting a thing from MovieDetails

12. A testament to friendship.

In Avengers: Endgame when Captain America is going off to return the stones, the rest are expecting him to return. Bucky says his goodbye knowing Steve is not returning to his timeline, a testament to their friendship! from MovieDetails

Gotta get those close-up shots!

Giant ring used for close-ups in ‘Lord of the Rings: The Fellowship of the Ring’ (2001). from MovieDetails

14. I never noticed that before!

Well, what do you know?

In THE KARATE KID (1984) Daniel’s friend Freddy wears a National Organization For The Reform Of Marijuana Laws (NORML) shirt. from MovieDetails

Do you know of any interesting movie details that most people don’t know about?

If so, please share them with us in the comments.

We’d love to hear from you. Thanks!