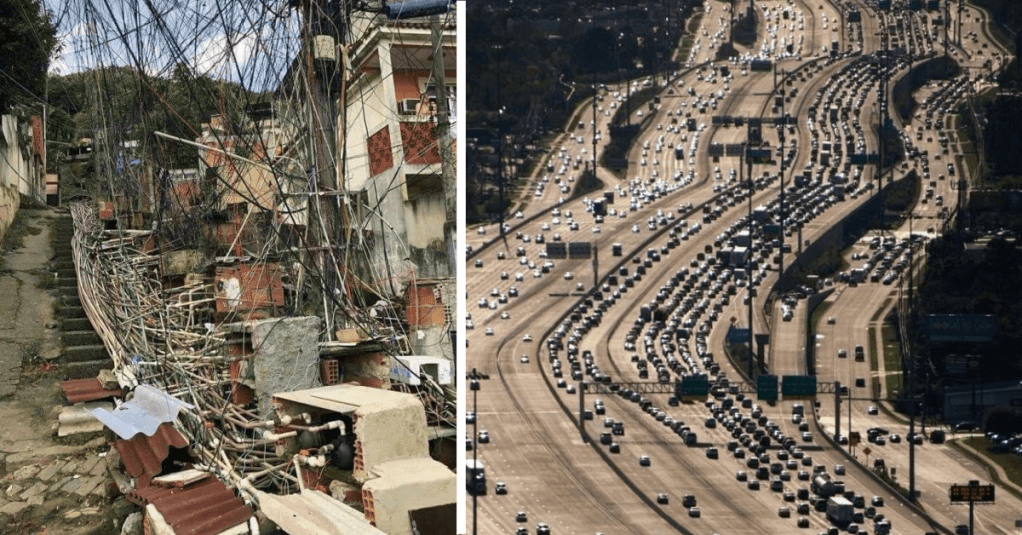 To be fair, there are what most people would consider urban hellscapes in pretty much every city around the world.

But some are definitely worse than others. And these places seem to be the kind of spots where you wouldn’t ever want to get stranded or have to spend a night.

Take a look at these photos and we’ll see you on the other side.

1. I guess you can kind of call this karma?

But still, it’s pretty gross for the people who live there.

The annual monsoon ritual of Mumbai’s ocean giving back what has been dumped in it. from UrbanHell

2. This much traffic gives me anxiety.

I’m guessing this has to be Los Angeles…am I right?

One more lane will fix it from UrbanHell

3. This is totally crazy.

And I’ve heard that the highways in Houston are no joke.

There’s no way this is gonna end well…

not a very romantic scene from UrbanHell

It just seems to go on and on forever.

6. Not a whole lot to say about this pic.

You can draw your own conclusions.

7. Wow! This is not PhotoShopped.

Before and After a desert is turned into a soulless suburb of a desert. jk, its a single photo of Arizona. from UrbanHell

8. Favelas in Brazil are pretty wild.

Electrical wiring and water pipes in a Brazilian favela from UrbanHell

This time you get the view at night.

I’ll never complain about a cramped apartment ever again.

As does every big city.

Downtown Seattle, in the heart of the retail district. from UrbanHell

And you gotta keep your eyes open.

Now we wanna hear from all the readers out there.

What do you think is the worst place you’ve ever been in your life?

Fill us in in the comments. Thanks!