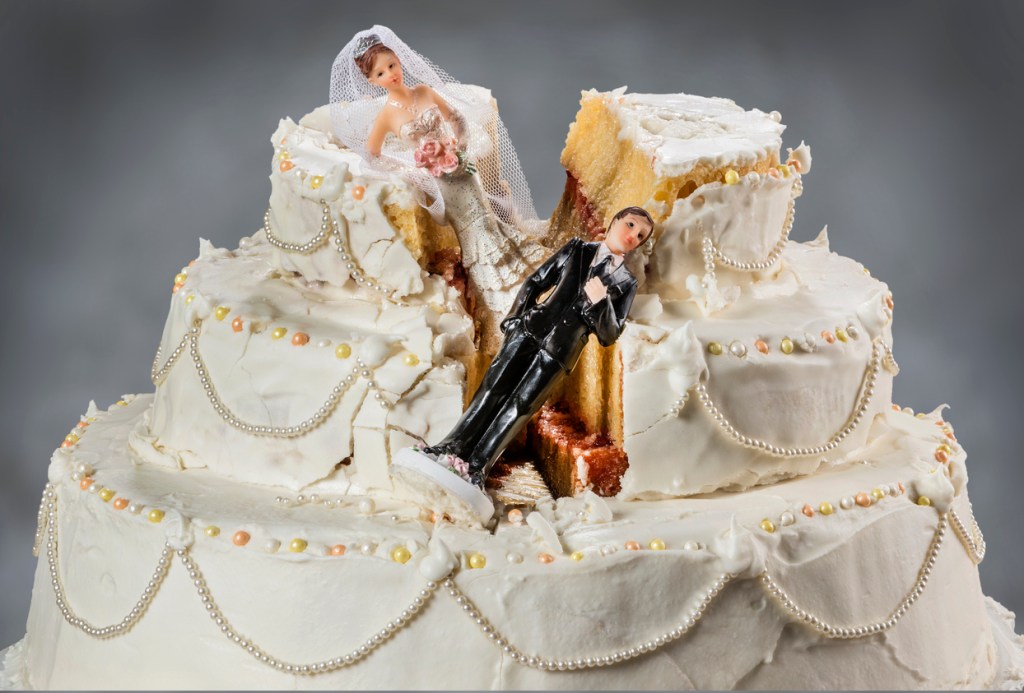 Ouch. Some of these are rough. A rejected proposal has to be an incredibly tough thing to go through, but in the long run, most of these people are probably thankful it didn’t work out.

Take a look at these 12 stories from AskReddit.

Current girlfriend, actually. About a year ago I asked her to marry me and she gave me an incredibly painful but calculated, level-headed response. I took her out to a beautiful place where you can look at most of the Inland Empire and if there are clouds it looks like some shit from a Disney movie.Anyway, after asking, and her saying no (very gently), I remember her exact words: “I love you, but we are both just absolutely not ready.” We talked about it extensively and while I was hurt initially, she’s more than shown since then that she’s committed to me. We’ve built a better relationship since then, not that it was bad, and we could do it right now (and have talked about it) but at this point, I’m definitely not as ready as I thought I was. Table’s kind of turned, actually.

I was in the military at the time (living on ramen so I could save money) .. spent every penny I had on an engagement ring. She thought the diamond was Cubic Zirconia (aka: a cheap imitation of a diamond) and her response to me was “Do I look like a girl who wears glass?”. I haven’t said a word to her since.

I didn’t expect her response, but I should have. In hindsight, I was in my early 20s and extremely dumb.

Before people start talking about how cheap grown diamonds are (like the youngsters on reddit typically do when I mention this story) .. artificial diamonds became available to the public around 2005 or 2006 (and still took time for the price to be worth it). This event happened in late 2003 or early 2004, so no, spending less on an artificial diamond wasn’t an option.

Ask my current girlfriend to marry me almost every time I am drunk. She always say’s no.

first night of a cruise, she said no

we try to enjoy the cruise anyway

week later she tells me she’s cheating on me

My girl asked me to marry her, and I said “no”. She wasn’t surprised or shocked, but I felt I wasn’t ready. She just said “that’s okay” and we went on dating. About a month later I asked her to marry me (super romantic — we were at the mall eating pizza and while she had a slice in her mouth I said: “So do you still want to get married or what?”) and she said “yes”.

Accidentally got a no. Proposed in a restaurant to my current wife, the whole ring in the cupcake and everything. I go on one knee, and propose, completely not taking into account how bad her social anxiety can be, I just figured her books have these types of things, maybe she’d like it. She panicked, said no, and ran out.

Young, stupid and just out of college, I bought an engagement set and sprung it on my college girlfriend. Did not get the response I was expecting; she freaked, called me “irrational” and left.

Problem two: the department store where I bought the ring would not refund my money. I finally was able to negotiate a store credit; I exchanged the engagement set for a down sleeping bag. Frankly it was the better deal.

I definitely wasn’t expecting it. She told me no, then informed me that she was moving away and didn’t want me to be part of her new life.

So i was 22 and she was 24, we were madly in love and all of that jazz for about 2 years. I think me asking and her declining brought out all the superficiality in the relationship. We were in love. That was me financing her constant entertainment while she basically had no life outside of my bedroom. When she said no, I think we both really started to look a lot deeper at everything. I stopped paying for everything, stopped driving her around. She started leaving the house more and enrolled in college. These changes definitely made us much happier, but we both made the DUMB decision to keep on dating.

We lasted a whole 4 months before she cheated on me.

If you ever find a cheap ring in the Bolsa Chica wetlands, lemmie know. Should be close to the 1.

I expected it, but here is why. This girl was very traditional. She expected me to ask her parents permission. So, I made a dinner date with them and we had the discussion. Her father, who is a difficult, but good man, asked me what I would do if she said no to me. I thought about it for a minute and then explained that I would leave. I wouldn’t wait forever for her. He was happy with my answer and granted his permission to ask her.

We had always loved Key West, so we planned a trip. It snowed the night of the flight, so at the last second we drove from New England. It was actually a pretty fun road trip. Romantic details aside, I asked her, she said yes and wore the ring for the next 4 days. When we got back, she gave me the ring back, said it wasn’t a good idea, because she didn’t want to disappoint her Ex…..

I took a few days to process. Packed my stuff up and left. Sold the ring for less than half of what I bought it for. We still speak once in awhile. She has always said it was the biggest mistake of her life, not keeping the ring. I have since moved on and found a wonderful woman, who I hope to spend the rest of my life with. Ok, lame story done. Thanks for listening!

I asked him about it, after nearly two years together and having gotten through the struggles of a LDR, and me moving 600 miles for him. He said “I don’t believe in marriage” “I don’t need to be married to love/spend the rest of my life with someone” I was hurt, but I was a stupid 22 year old in love, so I just said okay. Few months later, he broke up with me. We were “different places in life” apparently, and then two months after that, he’s dating someone new and they’re already living together/talking about getting married. I was completely heartbroken about it, even still recently. But after the tiring day I had yesterday of work on no sleep, I just realized I don’t care anymore. There’s no point in crying about him or missing him anymore, I see everything with a new clarity.

I asked a woman I had known for a long time to marry me. Her reply: “I will never marry you. What if the man of my dreams comes a long later and sweeps me off my feet.”

That caused me to think long and hard about my relationship with her. I came to the realization that it was a one way relationship. If she needed money I helped her. If she wanted someone to go on a trip with her it was me. If she was having a bad day or a bad week or a bad year she turned to me for emotional support. But if I wanted a shoulder to cry on I had hers. For about 5 minutes before I was told something along the lines of my need to get over it and move on. I realized I let her have 51% of the vote on where we traveled, where we went out to and who we hung out with. She never made an effort to pay back a cent of the money I had given her over the years. I realized I was her emotional tampon. When her heart was bleeding, I was what she used to soak up the blood.

I stopped putting effort into that relationship. When she asked why I was distant I told her and she tried to blame it all on me. We have now gone our separate ways and we don’t talk anymore which is fine by me.

A year later she did get married. The guy she married filed for divorce 9 moths later. A mutual friend told me it was pretty much for the above reasons.

15 Of The Most Unusual Wedding Cakes

17 Kids Who Picked the Wrong Shirt