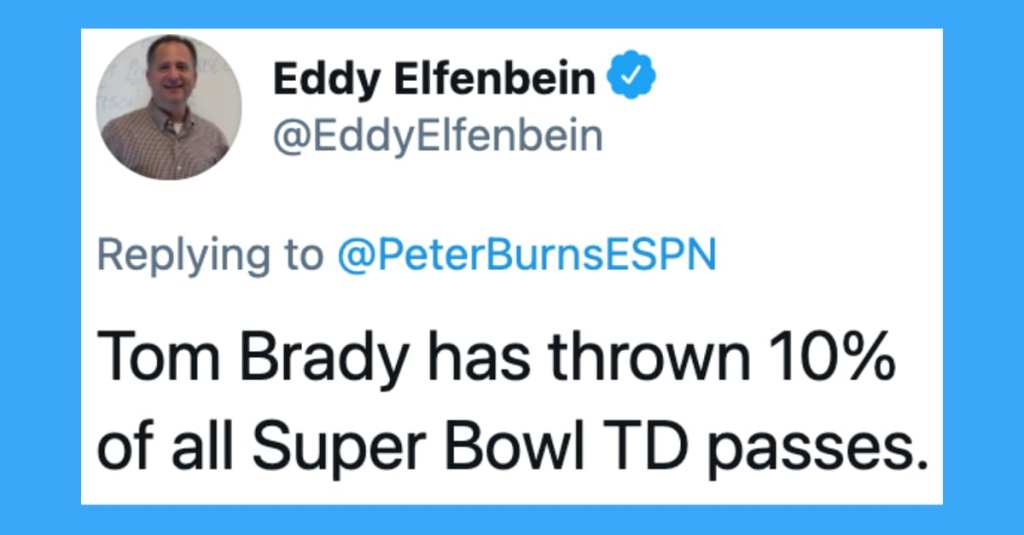 I guess you have to be a bit of a sports nerd to know some stats off the top of your head, but, in case you didn’t know, sports are hugely popular in this country and some people seem to treat it as their religion.

And I’m kind of guilty of that when it comes to certain teams, as well…

That’s why this Twitter thread of people sharing their favorite surprising sports facts is so cool!

Let’s see what they had to say.

They’re gonna be good for quite a while, I think…

From 2013 to 2020, excluding the year she didn’t compete, Simone Biles has won 29% of all World and Olympic medals and 66% percent of the gold medals. She has won 86% of the medals that she could have won : out of 35 medal opportunities, she medaled 30 times. I mean. HOW. https://t.co/mILwFpjFZo

Mike Trout was so good in high school that his teammates forced him to hit left-handed in their home run derby. Trout won anyway. https://t.co/ZgldkyNGlk

Mr. Aaron will be missed.

nolan ryan struck out 7 pairs of fathers and sons

6. A thrilling running back.

I loved to watch him play!

Barry Sanders had more TDs in 1988 than Reggie Bush had in his entire career at USC https://t.co/3VGVhf2yCx

I never knew this before…

The only men’s basketball coach at the University of Kansas to have a career losing record? James Naismith – the guy that invented basketball.

They’re in a bit of a dry spell.

9. Oklahoma is pretty good at football.

A fierce rivalry between these two.

Texas has 7 conference championships in football in the last 40 years, Oklahoma has 7 in the last ten. https://t.co/E9eSXJ2E6T

One of the best to do it.

For 5 consecutive years Federer reached at least the semifinal of all 4 Grand Slam tournaments. That’s 23 in a row. On 3 different surfaces, coping with a variety of playing styles. Speak volumes of his otherwordly talent as well as unparalleled consistency physically & mentally. https://t.co/r3WiTGFQfO

At least I don’t think it will…

The New York Islanders won 19 straight playoff series from 1980-84. Good luck to anyone matching that.

Arnold Palmer made hole-in-ones, in competition, on the same hole ON CONSECUTIVE DAYS. No one else in professional golf has ever done that, before or since.

Talk to us in the comments.