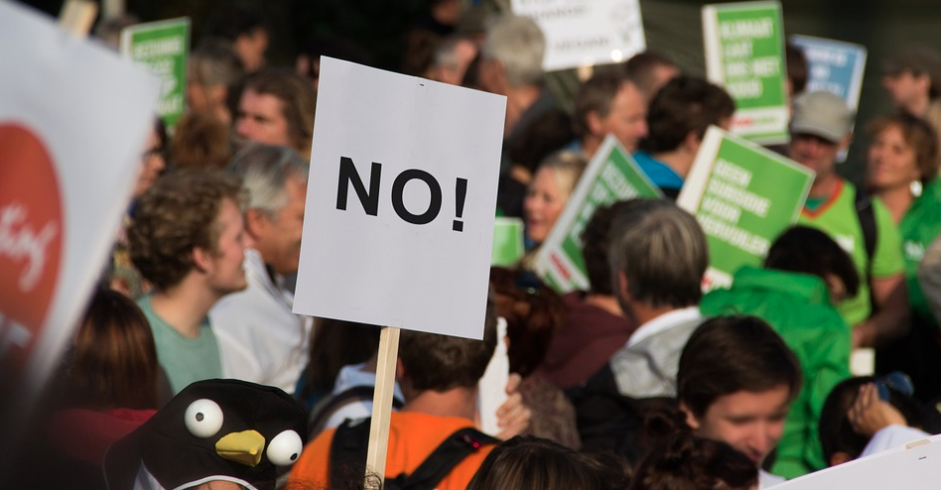 12+ People Reveal the Pettiest Reasons Why They Boycotted Something

Have you ever gotten so furious with a business or a product that you decided to boycott it forever (or at least for a while)?

Well, these folks on AskReddit definitely did, and they shared their stories for all of us to enjoy.

“I won’t go to the deli by my parent’s house anymore because I once bought a stale Rice Krispie treat from them.”

“Every day for a few years in high school and college, I used to read a particular website that published syndicated op-eds.

One day I got there to see they had “modernized” their layout and I didn’t care for it, so I never went back. It’s probably been 12 years.”

“I’ll never shop at a Big Y supermarket because one was built where this nice meadow used to be when I lived in Connecticut. I liked that meadow, Big Y. F*ck you.”

“My dad has had a long standing boycott of Exxon gas stations since the 80’s because apparently they used to not give out change for cash purchases after 4pm (idk why) and the cashier refused to give my dad change at 4:01 pm after he had waited in line for 5 minutes. He has literally not gone to an Exxon station since then unless it’s an emergency and has actually planned out fuel stops on road trips to avoid Exxon….whole new level of petty.

Edit: In case you’re wondering, the total amount of change that my dad was owed totaled $0.36.”

“Geico. I requested an online quote from them in March of this year and the next day one of their local offices called me 3 times a day for 2 weeks straight. I even answered the phone twice and told them to stop calling me. The voicemail the woman would leave me when I didnt answer sounded a lot like a collection agent. Like she was doing me a favor by calling me and that I MUST call them right away to start my insurance with them. She was extremely pushy.

I had to leave a negative Yelp and Facebook review to get it to stop. They finally sent me a message saying they would stop calling me and then they contacted Yelp and Facebook to dispute my reviews. Two weeks ago I got an e-mail from Yelp saying they were removing my review as the owner proved that my review didn’t have anything do do with their location. I put it back up with a screenshot of my missed call logs showing their phone number calling me over and over again.”

“Hyundai because they offered a $40 gift card if you test drive one of their new vehicles. I took the test drive, and dealt with the endless stream of spam and phone calls. Gift card never arrived.”

“I boycott a local restaurant because the guy in their car cut me off real bad and flipped me off.”

“I boycotted a fast food restaurant because I stood at the register waiting to order for about a minute and two workers were casually talking, another was on her phone. They knew I was there, so I turned around and walked out. Never went back there.”

“I didn’t eat at McDonald’s for a long time because they made a huge deal about all day breakfast and I’m like, but what about the people who want fries at 9 am? Do we not matter?”

“I went to get a haircut at a place I’d never gone to before. I sat down and the lady said “what happened to your eyebrows? You have a fireworks accident”. I got up and walked out and never went there again.”

“I’ve boycotted a gas station for 30 years because I didn’t like the jingle in their ad.”

“I’ve boycotted an incredibly popular local Italian restaurant because it is my best friend’s ex girlfriend’s favorite place to eat and she cheated on him.”

13. That is pretty annoying

“I will never in my life even consider buying a Nissan because of their 30 second unskippable ads on youtube.”

“Annoying Spotify Ads. So far I know for a fact I’ll never spend money on:

For the time being I have very cheap premium because I was a student, but once that runs out I’m sure there will be other companies that make this list.”

“My dad ordered a thin crust pizza from a local delivery joint, they sent a regular crust and refused to fix it. Never ordered from there again. Ten years later they closed their doors forever, I can only assume because of his steadfastness and commitment.”