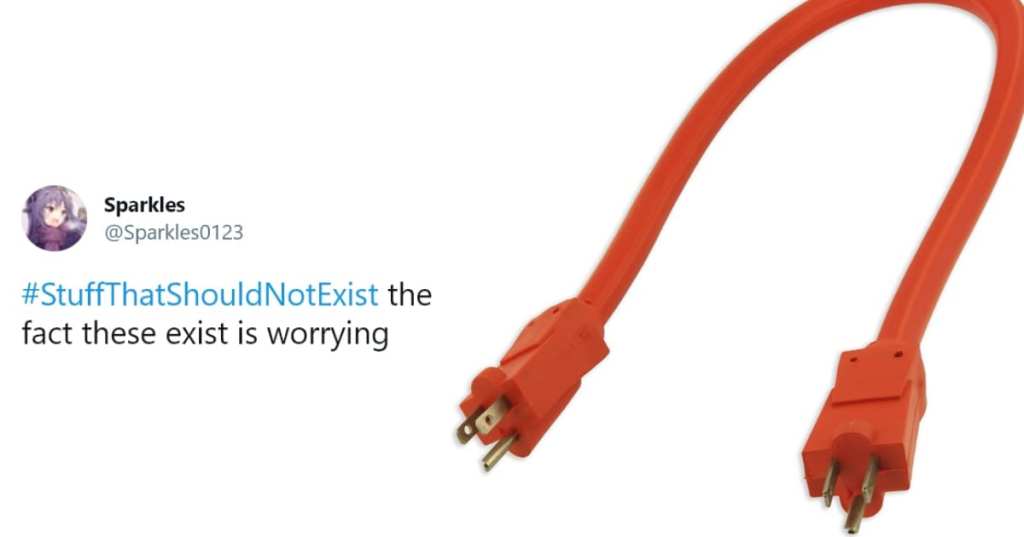 11 Weird Products That People Are Struggling to Understand

You ever listen to the podcast “How Did This Get Made?”

It’s great! It’s a fun little movie show where the crew examines and goofs on movies that, by all logic, should never have been created. Because movies take a LOT of effort, and a LOT of money, so every time a bafflingly bad one comes out, it makes one genuinely wonder how so many people agreed to invest in its creation.

But that sort of questioning isn’t limited to movies alone. There are all sorts of things that make you scratch your head. “Why does this exist? And SHOULD it?”

Some on Twitter are putting their foot down, declaring with finality that some of this stuff…just shouldn’t be.

I mean, obviously bikes are good and they need seats, but how have we not improved upon this awful design by now?

Three wonderfully delicious words that are just appalling taken together.

I need to meet the person this is for.
Nevermind, I’m too afraid to.

“We took this already trash candy and made it even worse, somehow!”

Man, remember back in the 2000’s when all foods released weird color versions of themselves for no reason?

Blue maple syrup. Even if it feels fun. pic.twitter.com/U229tYbole

I hope to god this is photoshopped or somebody’s getting ready to start a fire.

Me trying to be nourishing while overcome with selfishness.

Thanks, I hate it?

An "action figure" of The Blob
and whoever thought we needed it. pic.twitter.com/pIX0Oztwo1

How DID those things get made?

What do you think shouldn’t exist?