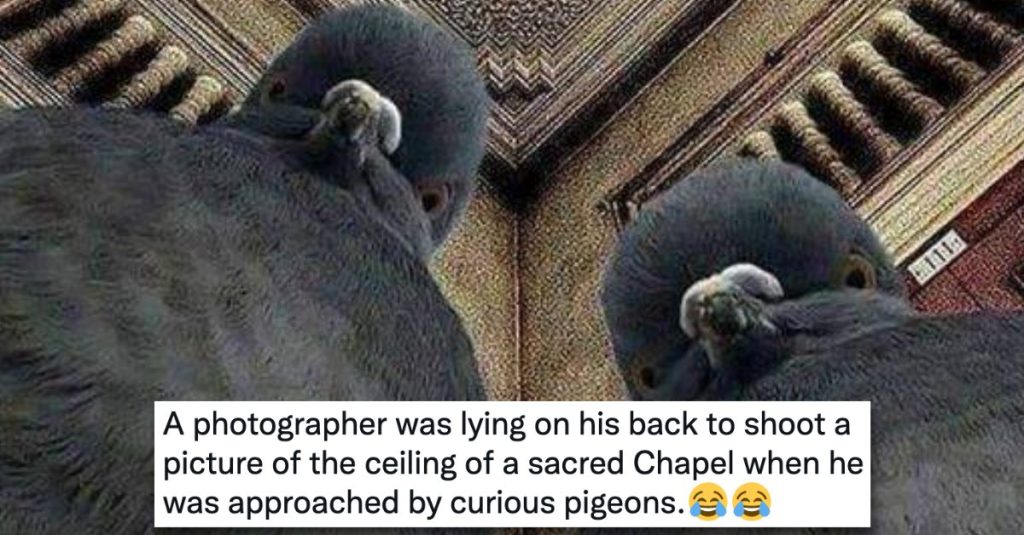 10 Tweets That Are Downright Hilarious

I’m here to tell you something: there’s a difference between hilarious and downright hilarious.

And today you’re about to see some examples of the latter.

Are you ready to get downright hilarious?

1. These will never get old.

The slap heard ’round the world.

They have to know, right?

Are people serious about astrology or is it like pro wrestling where you tell someone it’s fake and they’re like, “Yeah dude no shit”

therapist: that’s okay! that’s what the wheel is for pic.twitter.com/fzGkyyIcgY

Don’t let them down!

7. Always answer NO on that one.

Just to be safe.

security at the airport getting more straightforward pic.twitter.com/1TBAqPaxQC

This is the kind of place I want to go to.

A photographer was lying on his back to shoot a picture of the ceiling of a sacred Chapel when he was approached by curious pigeons.?? pic.twitter.com/iVopB89zkD

Pardon my language but, look at this fucking bird. pic.twitter.com/X0SU8LWL43

Share some of your favorite tweets with us in the comments.