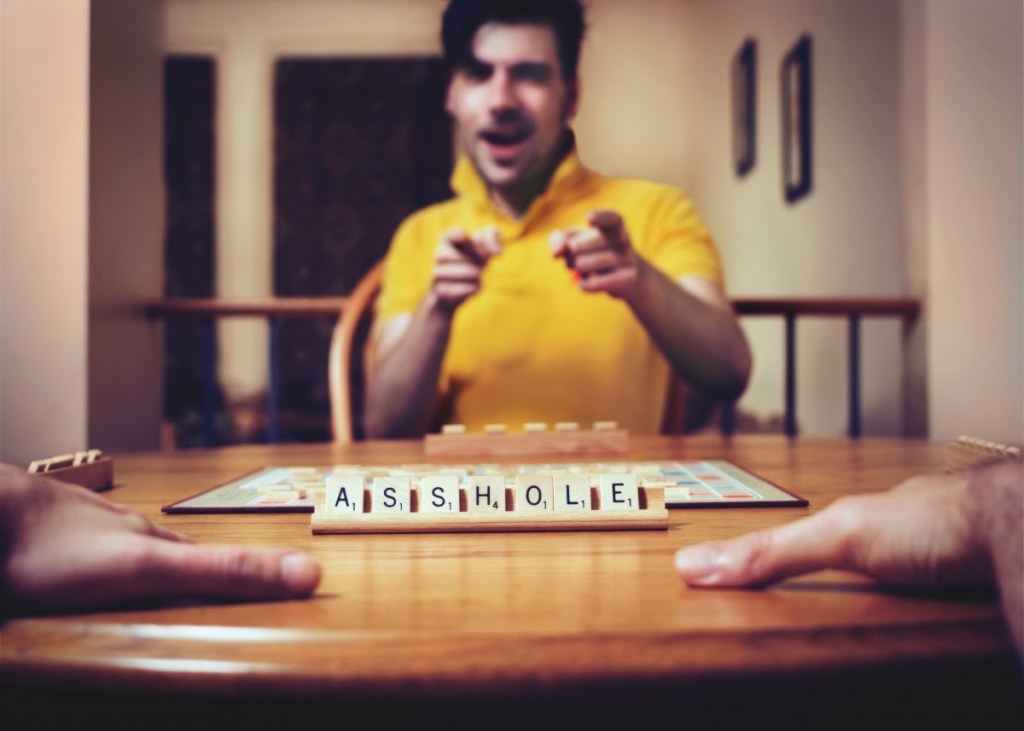 Let’s admit it, there are a whole lot of scumbags out there just walking around among us. We all do things sometimes we’re not proud of, but these people are on another level.

Take a look at the stories these self-proclaimed scumbags shared on AskReddit about the worst things they’ve ever done.

1. That would be scary

“After a house party, multiple people slept over. My friend was on a queen sized bed by himself. I grabbed him and put him on the floor and then pushed him under the bed so I wouldn’t step on him when I woke up. He was super drunk, so it was easy. He woke up in the morning, still drunk and screaming. For a couple of seconds he thought he was in a coffin.”

“College friend burned her whole apartment building to the ground. Not a joke.

About 10 minutes after the fact, while we are literally sitting there watching the whole building engulfed in flames, I tried to lighten the mood and turned to her and said “What the hell. Were you trying to cook or something?”

It was a grease fire. She was cooking bacon. She started crying and I felt terrible.”

“My brother’s girlfriend of like a year came out to a family meal once and while playing catch with a football she broke a nail and just broke down sobbing about it. I was shocked and in my family we always use gallows humour to cheer ourselves up during the dark moments. She was very aware of this and joked right along with us.

I made a light-hearted comment about how it sucked but it was just a nail and it would grow back, at least it wasn’t cancer or anything…

Nope, she had found just the day before that her cancer had returned. My brother had never told us she had cancer in the past or that she had just found out this awful news.”

“When I was a kid, I put some dishwashing liquid and water in a squirt gun. When the ice cream man came, he asked what I wanted. I said I wanted a drumstick, so he reached into the freezer and waited for the money. I didn’t have any so he asked why I did that. I said I do want it, I just don’t have any money. He got pissed and I squirted him in the eyes with the soapy water. Why did I do it? I think I was mad that we never had money for stuff like that, and here he was parading it in my face every day. It’s been about 50 years and I still feel bad about it.”

“I stole one piece from a thousand Jigsaw Puzzles at a naming ceremony (like a baptism sort of thing) I attended with my parents.”

“One time when I was 17, my friend was having some big illicit party and I didn’t want to deal with that, just wanted to hang with a few of my friends. So early on in the evening before it was to begin, I called in a fake noise complaint to get the police to drop by and maybe rattle him so my friend would call off the party.

Well little did I know that it had already begun, and the cops showed up and did a huge bust. Guess who was there drinking? My two younger brothers. One of them assaulted a female officer (pushed her so he could run away) and got charged with a felony.

I came clean, everyone was pissed (both at me and at my brothers, especially the one who ran from the cops), our family paid $3,500 to some attorney to get it busted down to a misdemeanor with a bit of community service, and I felt awful for months. I did use my summer earnings to pay my dad back half of the lawyer’s fees though.

This was 20 years ago, btw. Still makes me cringe to think about it.”

“On holiday in a hotel I didn’t know very well and had to look after my little brother. I needed to poop. Bad.

Couldn’t find where a toilet was, so dragged him into an empty Jacuzzi and took a dump in it. We both screamed and ran out as it floated to the top and managed to convince him it was already there when we got in.”

“Broke up with my college girlfriend over the phone a week after saying “I love you” to get her to do butt stuff. Also, I was playing Warcraft 3 on mute while she cried.”

“I was 17, picked up weed for a friend, smoked some of it. Then put some parsley in and said it was just shake. He was in the car with us and smoked a bowl, you could hear him smack his lips with the weird taste. I laughed, told him, and never reimbursed him for it. At that age you are the worst version of yourself.”

“To preface this, it’s important to note that I ate a ton of Taco Bell right before bed the night before the funeral showing. Not sure of everything I had, but there was definitely a burrito supreme in there.

Anyway, let’s back up a couple of days. I was looking forward to a weekend in Chicago for an annual trip for people in our major. Unfortunately, my on again/off again ex girlfriend’s grandma passed away. Despite ex being a general bummer of an individual, I offered to pass up the trip and be by her side.

Cut to the post TB morning. I awoke and felt a small cavernous rumble of gas that shalt not pass. You know when it’s going to be bad. The relative’s house we stayed with her big family was not large, so I couldn’t even find an unoccupied room nor a walk-in closet to fart in.

So it sits in my stomach and churns. We get dressed and get to the showing, and the fart seems to have calmed … but it’s still in there. Most of the family walks up to talk to each other and I begin to see an opportunity to release at least a portion of this tainted copy of Air Bud: Spikes Back that was “now showing” in my butt. It seemed perfect. Finally, some relief! So I remained seated as they dissipated and did the deed. I knew it would be silent. But I had no idea it would be that deadly.

It honestly smelled like a dog did it. Or some sort of dog/human hybrid. The family started to notice the smell, and then a ton of others nearby did as well. And they started looking for the source.

Now folks, I’m pretty laid back. I’m no actor by any means, but I think some kind of innate human instincts for preservation came into play to keep me from taking the blame for that anti-enchilada. I denied that I supplied, and was acquitted of the chunk charges. But what happened next made me a scum bag.

Seconds later, a dude in a wheelchair came through the crowd of us. One of her family members, was like “do you think it was him?” And I composed myself and was like, “yeah, I didn’t notice the smell until he came in the room.”

I’d say I felt bad for all of this. But I still laugh every time I remember hearing ex’s concerned mother say “I wonder if he rolled his wheels through something.”

“Fairly late to this but here we go. I started “dating” this chick during 11th grade who I knew in 9th grade but transferred to another school in 10th grade. I didn’t let it be publicly known we were “together” since I was just trying have someone around to f^ck, and still be able to pursue other chicks. High school me was really sh!tty when it came to girls.

2 weeks down the road she’s texting me at around 8pm telling me about how she had gone to the hospital and the lump she was worried about (talked about it earlier in the day) was confirmed to be breast cancer. As I was with her solely for the purpose of sex, I didn’t want to be there for all the emotional support/boyfriend duties she’d obviously need.

So I never replied to her. Never even broke up with her, said goodbye, nothing.”

“One time during Christmas my cousin’s grandparents (not related to me by blood) got me and my sister Christmas presents.

I opened my present and it was a polly pocket doll. Me being the dumb 10 year old or something I was, said “here, you can have it, I don’t want it.” and just gave it to my younger sister, who played with that stuff more then I did. The problem was that I did it right in front of grandma. She felt bad she didn’t give me a good present and gave me 20 dollars instead later on.

I still feel bad about it to this day.”

“I stole money from my parents constantly throughout my teenage years – and any other family member (or anyone) who visited and left their handbag or wallet lying around. It was a common thing to do amongst my friends and I. We were almost competitive about it.

So, once while visiting my grandma who ran a bed and breakfast place (off the books as far as the taxman was concerned, that’ll be important in a minute) i was searching through a desk in their living room and found a purse that contained at least 1000 pounds in neat rolls. It was obviously their business cash. Like I said, off the books.

I stole 120 pounds from it – a huge amount for a 13 year old to have in 1983, and massive bragging rights when I got home and told my fellow thieves about it…… they definitely noticed, and i am 100% certain they knew it was me.”

“Just before break I snuck over to the bag racks and rummaged in someone else’s school bag. I found a packet of Cadbury animal biscuits and stole them. When break time finally arrived the girl who was now biscuit-less spent the whole time crying.

“We used to snowball cars, egg cars, you name it and we would probably throw it at cars while they were driving through our neighborhood.

One night we were doing just that, and my neighborhood growing up was set up in a way that worked to our advantage pretty well- it was a peninsula with one way in and out, and a long road we could see all the way down coming into it. We got into so much trouble that we eventually learned to identify headlights of cars coming in and knew whenever a cop was coming.

So we basically set up this weird snowball trap for cars where they would turn a blind turn and see a hose tied across the road between two parallel signs, stop and get out to move it, and we would blast them and run down this little getaway path we had.

Eventually someone came through and didn’t see it in time, ran the hose over, and got it all wrapped up in their wheelwell and caused them to skid to a pretty abrupt stop in a snowstorm around a blind turn. A cop car was immediately following them and slammed into the back of them. We all ran back to my house and no one got caught, and next thing you know we’re all in my house looking out the window at the towns entire police force driving around outside.

The neighbors all knew who it was and tried to tell my parents what we did. Luckily they couldn’t ever prove it was us!”