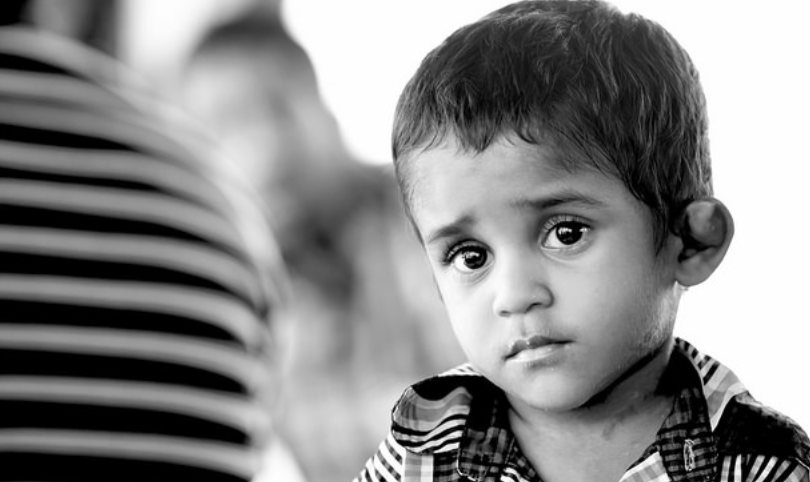 One rule in this life you definitely need to follow: don’t mess with anyone’s kids. EVER.

Seem like common sense, but apparently it’s not, judging by these responses from AskReddit users.

“My 3 year old daughter is allergic to strawberries, my mother-in-law and aunt-in-law both know this and have been asked multiple times to not keep them where she can find them.

A few weeks ago I went to pick her up from their house, and I find her sitting at the bar eating strawberries with them. I went ballistic. They said they “didn’t see the harm” and of course not. They weren’t the ones who had to comfort her for the following 24 hours while she was covered from head to toe with hives and having massive stomach issues.

I no longer allow her to be over there unless my husband or I are there too, I can’t trust them not to do it again.”

“I’ve been the wtf person. I grabbed a child and sped off with him.

I was ice skating and zoomed unintentionally towards this kid. He wasn’t small enough to go under my legs so I grabbed him and we both slowed to an awkward halt…. I apologized profusely to the parents.”

“I had my 11 day old out at a restaurant for my sister’s birthday. I was wearing her in a wrap. A woman came up to me, commented about the baby, and tried to lift her out of the wrap saying “It’s okay, I work at a school.”

“When my son was about 2 my husband was at the store with him and a lady came up and said, “Your son’s hair is gorgeous, where do you get his highlights done?” Husband came home and asked me if people actually get their toddler sons’ hair colored. No, not sane people . . .”

“My siblings are twins. When they were very little…maybe 6 months, we went to Walmart. People are fascinated with twins, so we got random strangers asking us questions about them all the time. One time, mom and I were fastening them into their carseats and this little old lady wanted to see how cute they were so she CLIMBED into our mini van to get a better look. She didn’t mean any harm…but still 7 year old me was creeped out.”

“We were invited to a neighbor’s party. At this party is another woman I’d never met before, who asked if she could hold my six-month old boy. No problem, he’s adorable. She then proceeds to kiss him on the mouth and said, “There, remember that I was your first kiss!”

I immediately took him back and had to avoid her the rest of the evening without being seen as the rude one in the party. She didn’t take hints well either.”

“Nothing as bad as the rest of these, but at age 4 or so, my kid asked a 5 or 6 year old at the public pool if she wanted to play. And the kid gave her a look like the question was insane. But the WTF was the mom’s reaction.

“Why was that girl talking to you, do you know her?” And then the mom looks at my kid like she’s got 3 heads for daring to ask another child in a public pool to play.

By their appearance and lack of accent they were Midwestern Americans, so there wasn’t a cultural reason for the WTF.”

“Apparently when I was a baby, a woman came up to me on a train and said hi to me and played with me for a second then took one of my feet and put it in her mouth.

My parents switched carriages after that (thank God).”

“We were at Walmart during a serious regional water outage, so it was absolutely swamped with people looking for bottled water.

A friend of my mother in law was there, unknown to us, and without any warning, came up from behind and tried to lift our infant son from my wife’s arms.

This of course sent my wife into a panic, since she thought it was an attempted abduction using the crowd for cover, and she was still on edge even after recognizing the woman.

Neither MIL nor her friend understood why my wife was so upset with the woman. We don’t really talk to the woman or her family anymore, and MIL still thinks we’re too hard on her friend.”

“When my oldest was about 2 months old and I was still on maternity leave, I had a homeless (I suspect) woman approach me and ask if she could have my baby.

We were living in a not so great area of a suburb of Dallas. A place where we’d sometimes get homeless 40+ year olds trick-or-treating by themselves on Halloween. I had just taken my baby to the doctor for a checkup, it was probably a week after I’d been cleared to drive after an emergency C-section. This crazy woman, who I’d never seen on my street before, and who looked and smelled like she hadn’t bathed in at least a week, approached me as I struggled to get the baby carrier out of the car.

She said my baby was beautiful, and asked if she could keep it for awhile. I said no, so she asked if she could babysit. I said no thanks, and made a limping break for the front door. I locked the door and called my husband for help. She hung out around the front porch for the half hour before he made it home. We moved away from that area a month later.”