Here’s an experience familiar to any woman who’s read a book by a male author: you’re reading a passage about one of his female characters. She’s doing something you’ve done a million times before, but the way it’s written just feels wrong. Often, a description of the most mundane activity, like applying makeup or wearing high heels, reveals that the author has no idea what he’s writing about. And not only that, it feels like he did no research or even bothered to ask an actual woman for advice.

Ever since books have been written male authors have been misrepresenting the female experience, and now women are setting the record straight. It all started with Tumblr user annerocious, who wrote a post titled simply “Dear Men Writers,” in which she laid out a few inaccuracies she was tired of seeing. 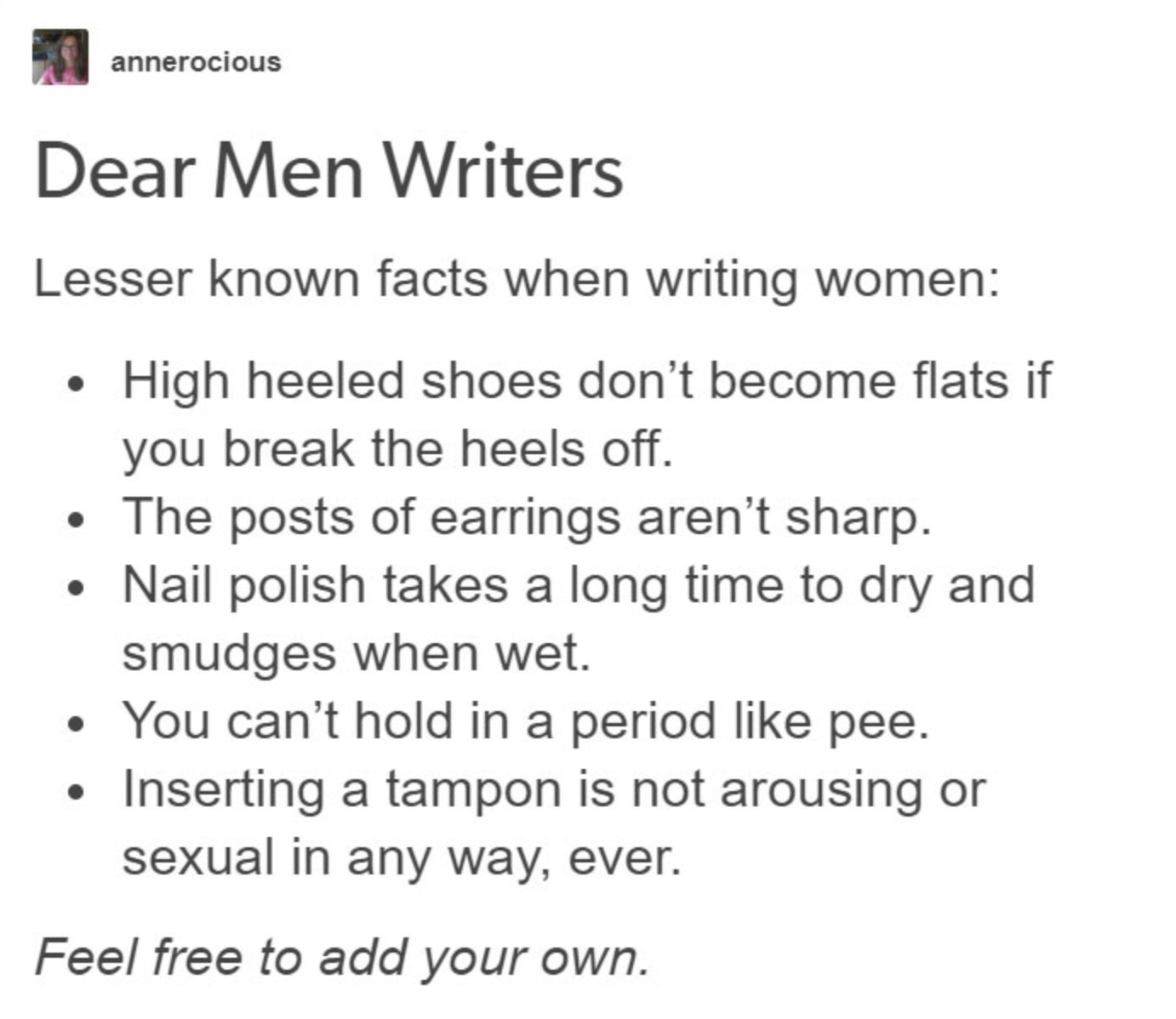 This prompted women across Tumblr to share inaccuracies they were sick of, and soon there were almost enough to write a whole book. Check them out below via Bored Panda. And hey, if you’re a guy, author or not, it wouldn’t hurt to take notes.

1. As far as misconceptions go, this is one of the, er, biggest. 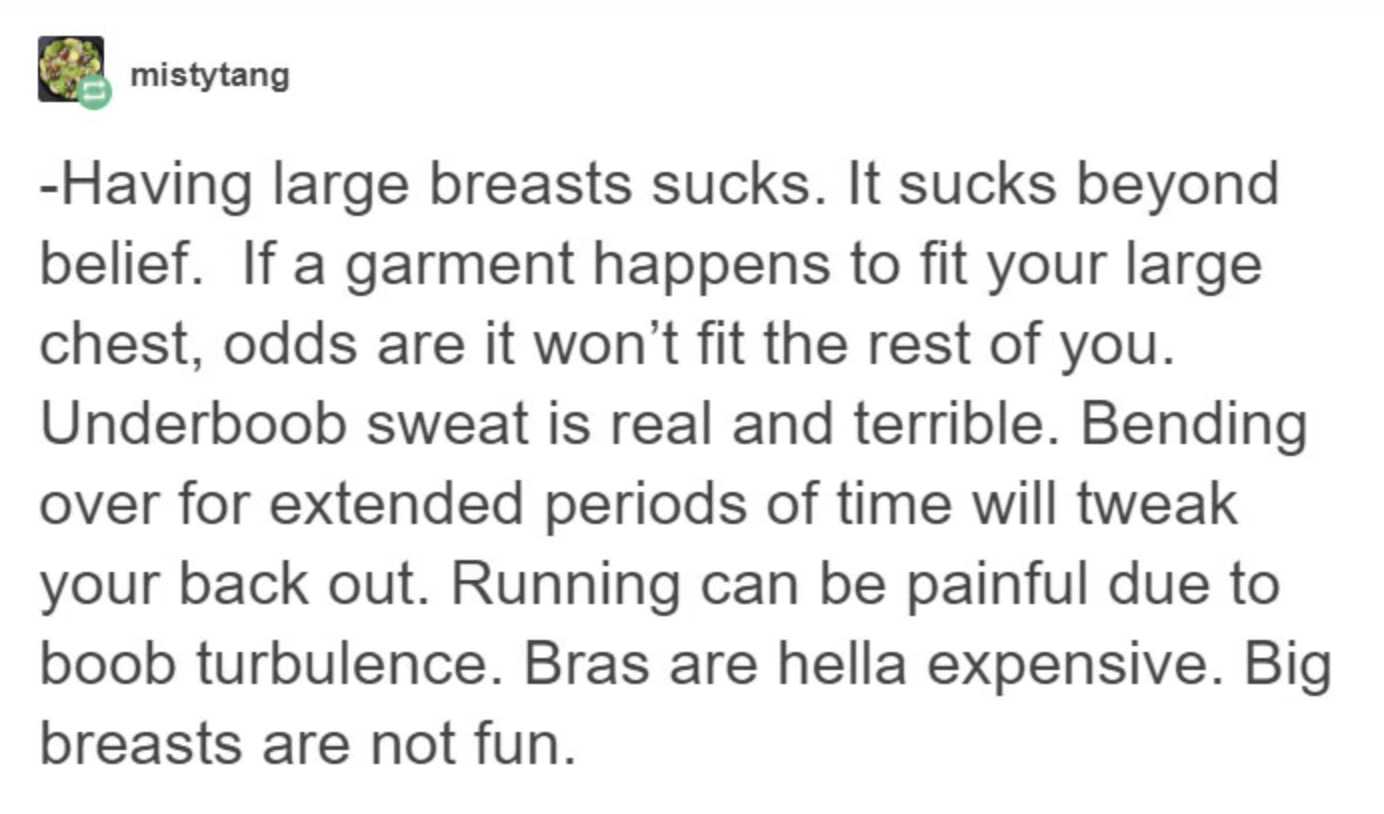 2. And if it’s not breasts they’re getting wrong, it’s bras.

3. Seriously, why do writers insist on doing this?

5. Some male writers think female characters have a whole staff of stylists hiding in the next room. 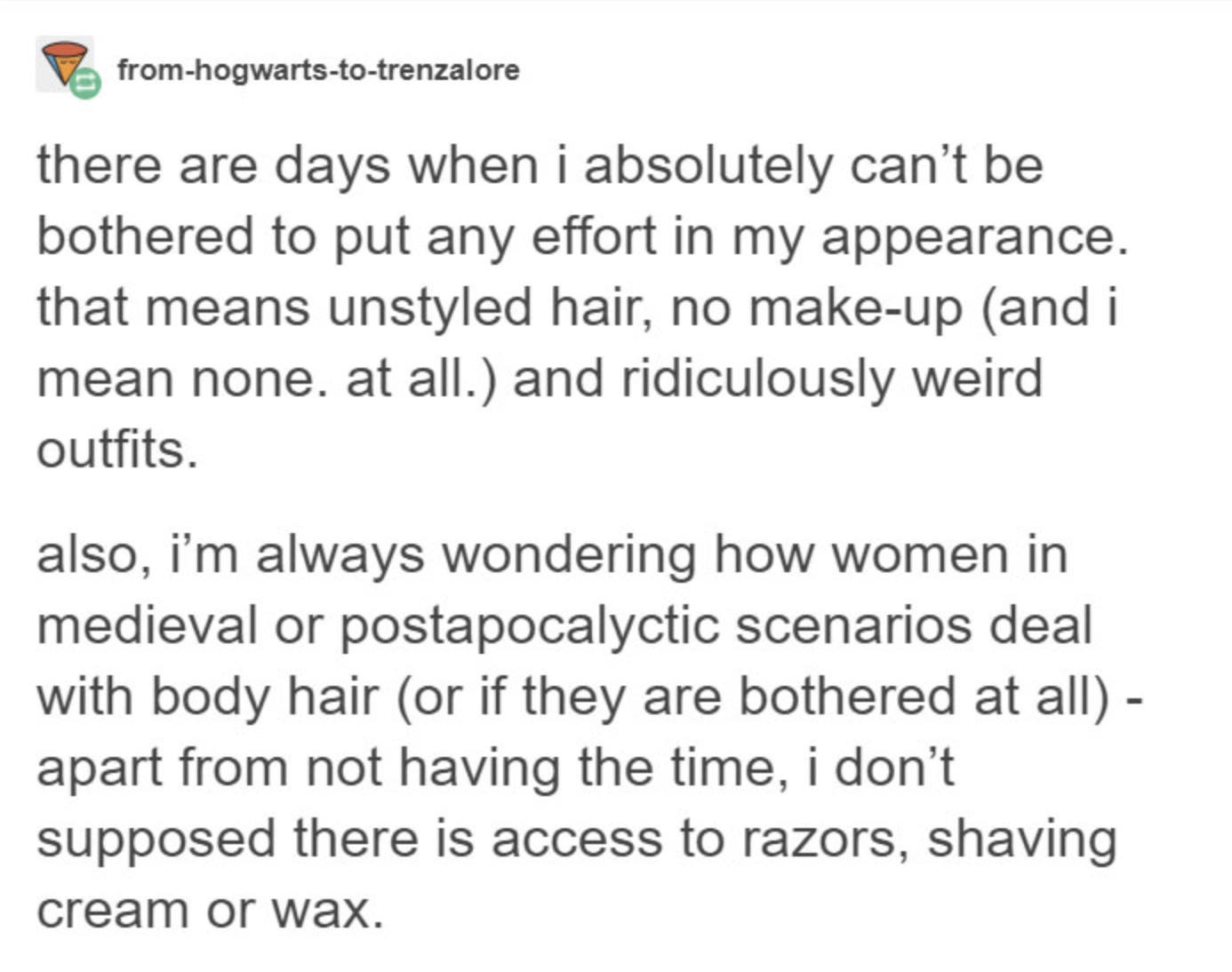 8. If a character’s relaxing at home, let her be a slob! 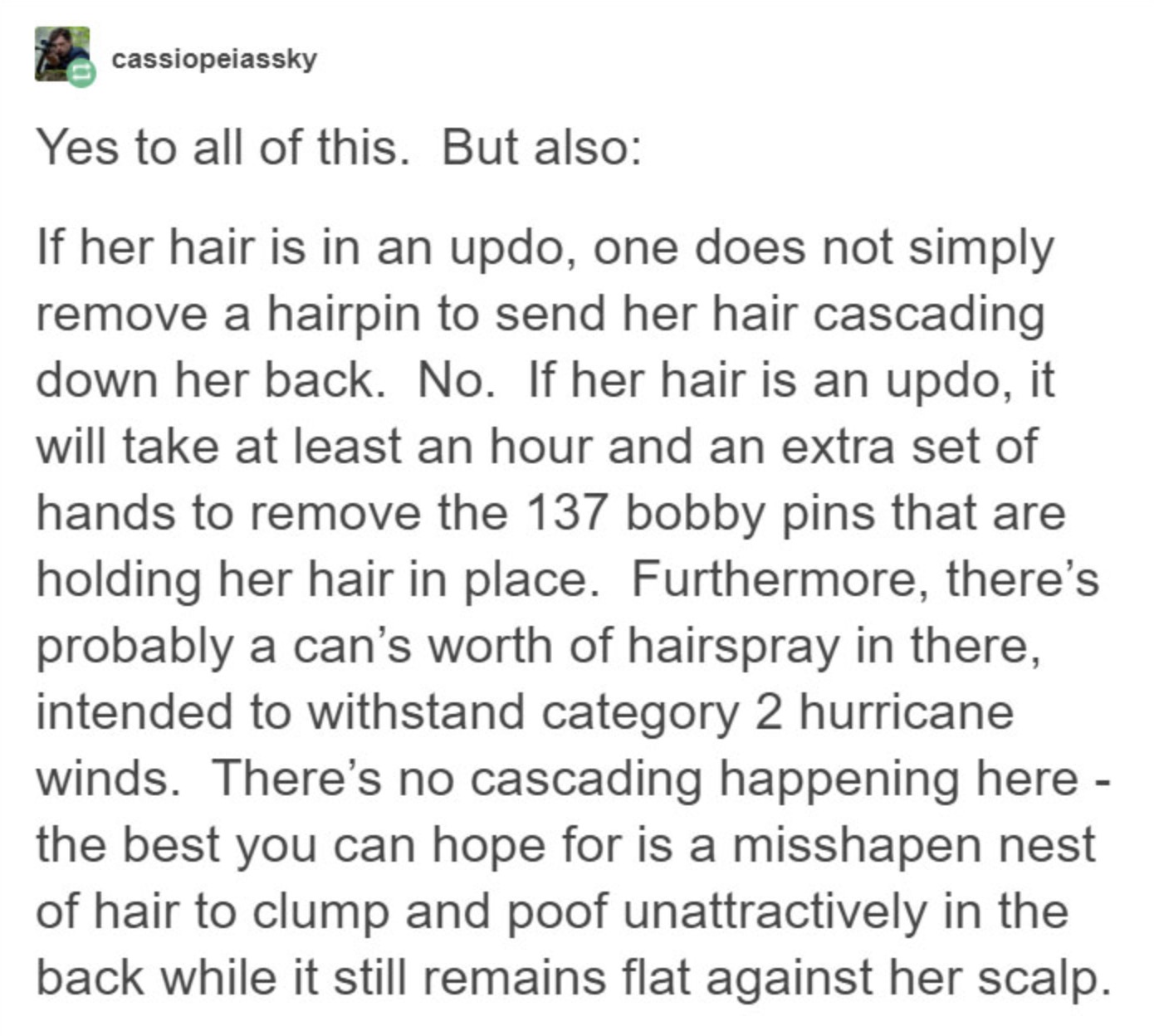 10. Pockets and purses are NOT interchangeable.

11. Periods: they come in all types, and they make you tougher. 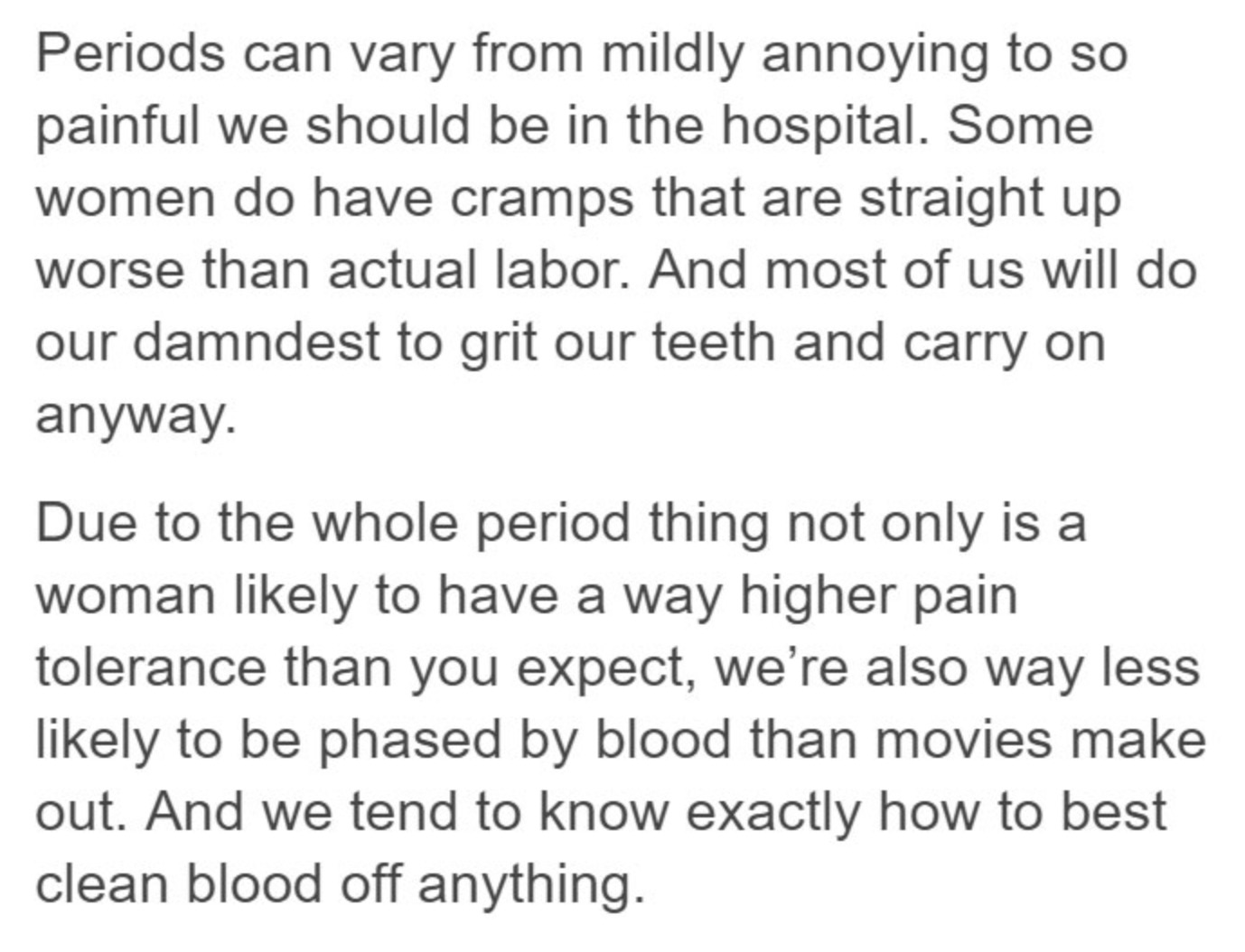 12. And if you must describe putting in a tampon, at least get it right.

13. With her outfit, it’s amazing Wonder Woman gets anything done. 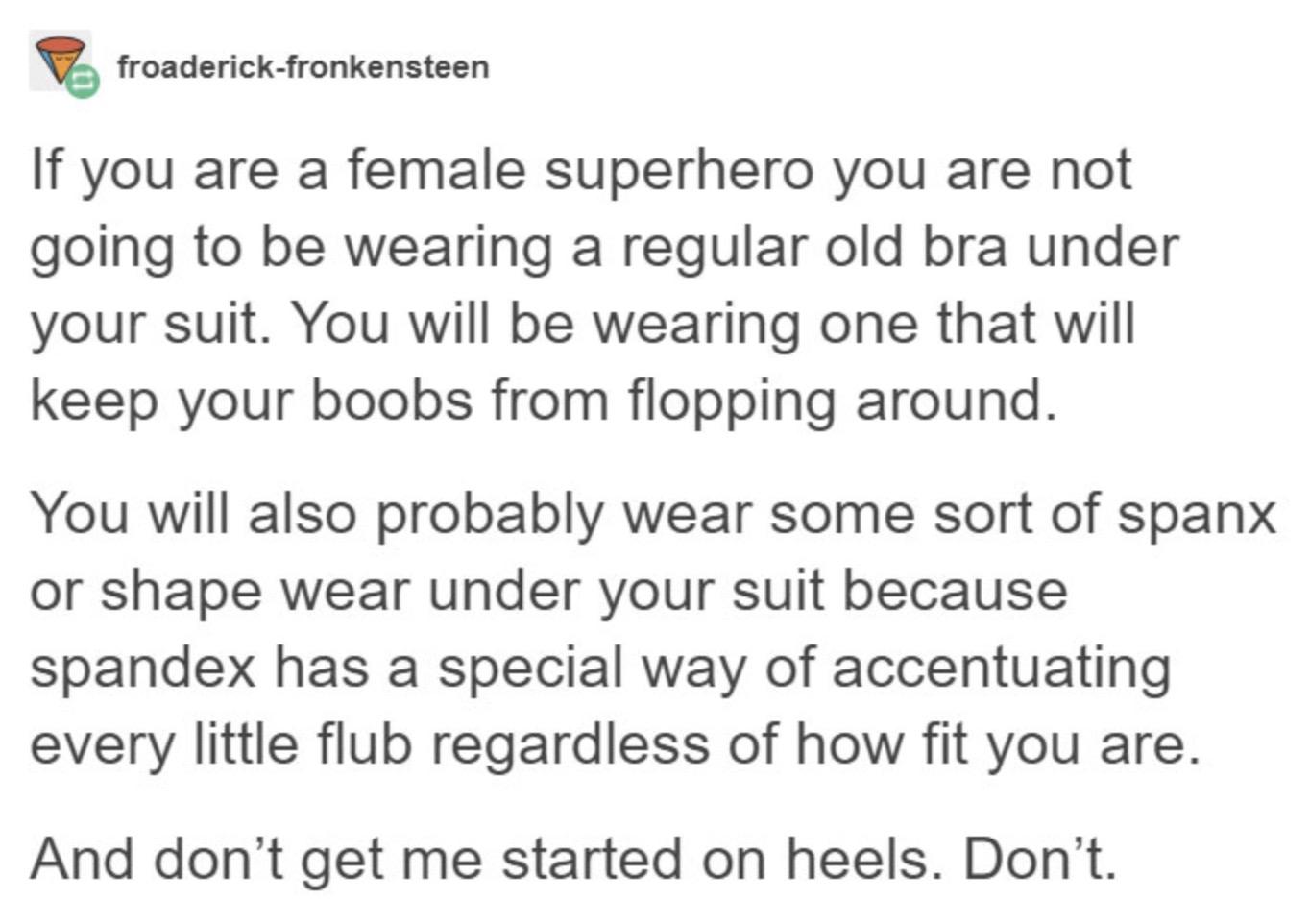 14. Here’s what you need to know about breaking a nail. (Which in your case is “everything.”)

15. When in doubt, remember this one.