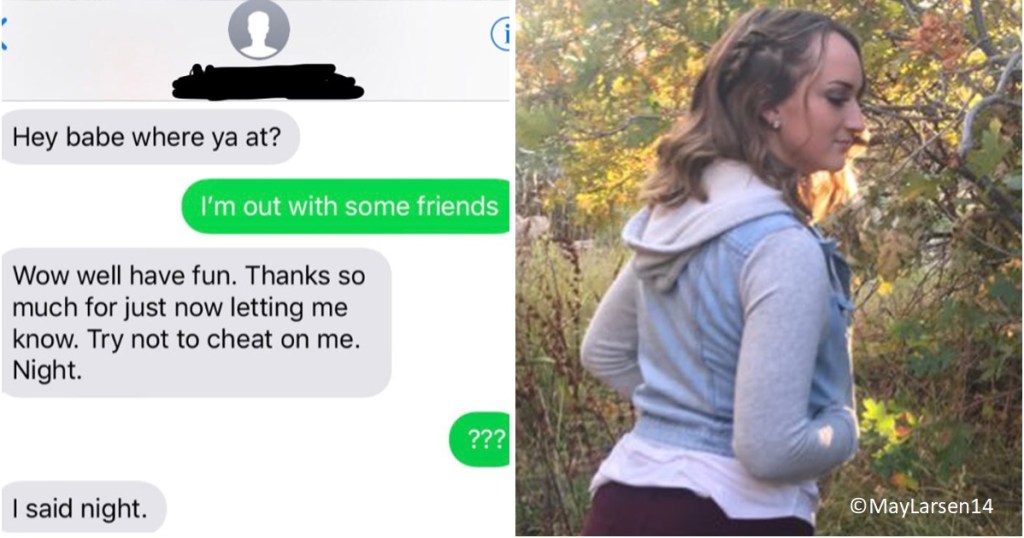 Love is one of the greatest human experiences, but not all relationships are created equal. A natural part of any relationship is feeling a tinge of jealousy and protectiveness towards your significant other. A little bit of jealousy is okay, but if you let it go too far it can quickly spiral out of control and turn into a pattern of emotional abuse.

Sadly, not everyone is that great at figuring out where the line is. Some people think that a partner being controlling and abusive is a demonstration of love. Thankfully, a Twitter user recently posted a set of text messages that perfectly encapsulates the difference between a healthy relationship and an abusive one.

@MayLarsen14 put up two different text message threads between a girlfriend and boyfriend with the girlfriends letting her guy know that she’s out with some friends at a party. While one boyfriend uses it as an excuse to make the girl feel guilty for going out, the other simply tells her to have fun and call him later. 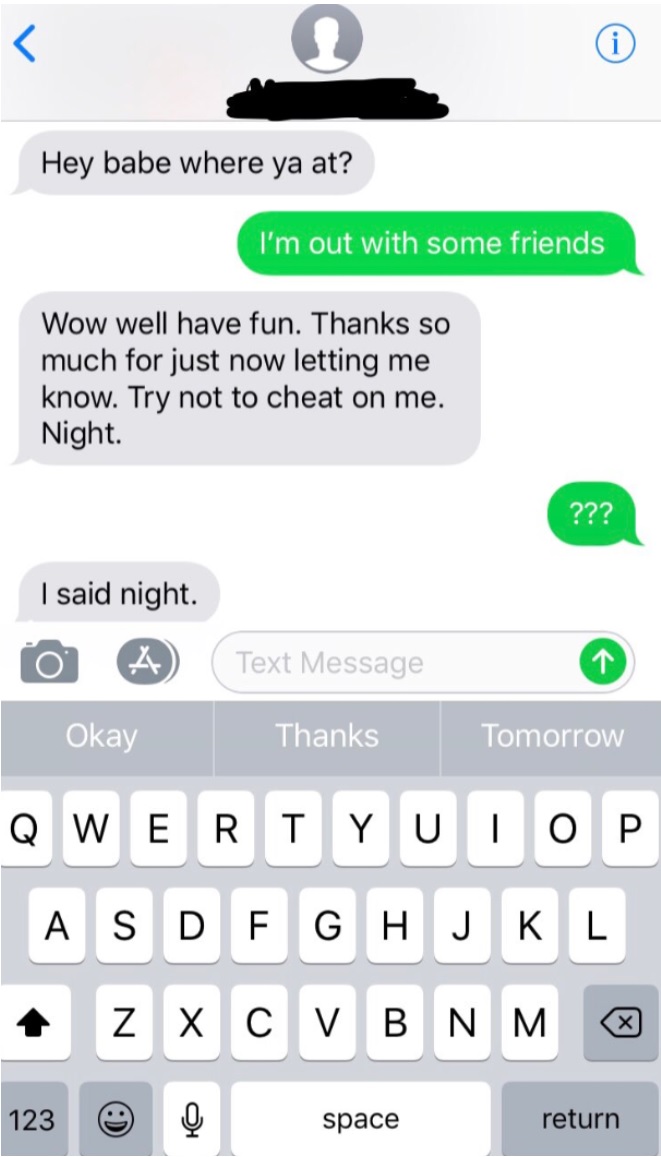 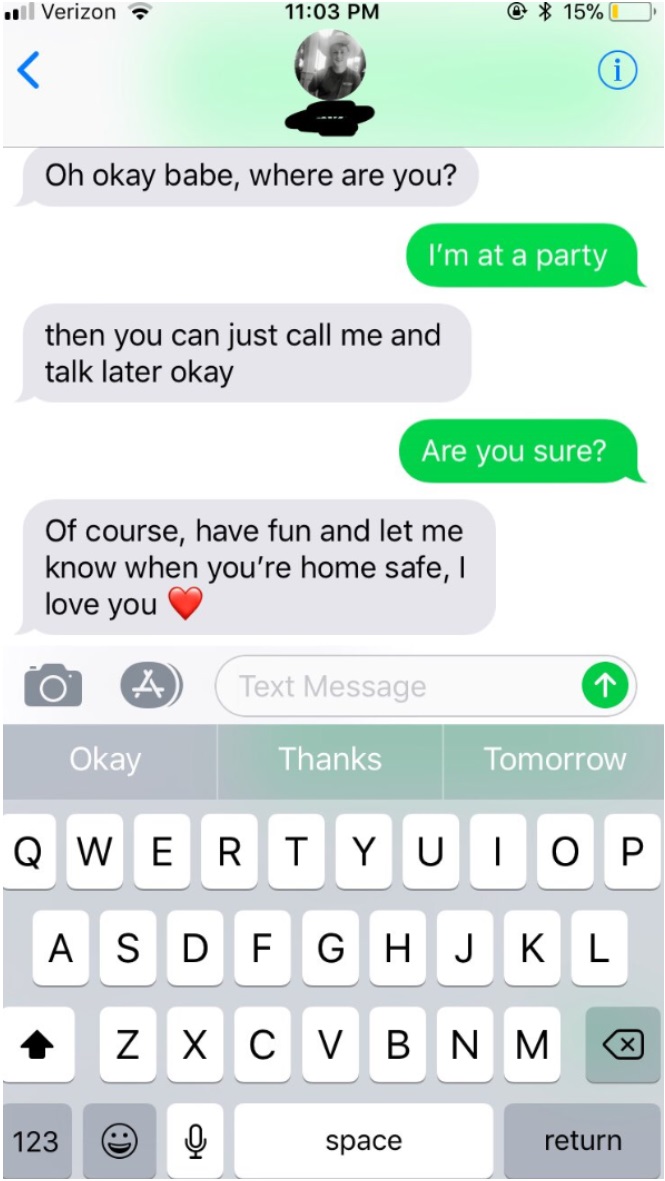 The difference is huge. If your relationship resembles the first text, that’s a major red flag. The first guy is gaslighting his girlfriend, making her think she’s inherently untrustworthy and deflecting from his own abusive behavior by making her feel bad about going out without him.

The second guy shows that he’s content with the relationship as it is and trusts his girlfriend. More importantly, he gets that she needs to have a life outside of him. He finishes off by showing her he cares about her well-being by requesting she let him know when she’s safely back home.

Other Twitter users – many of whom had personally experienced the emotional abuse shown in the first text – had a lot of feelings to share about this thread. 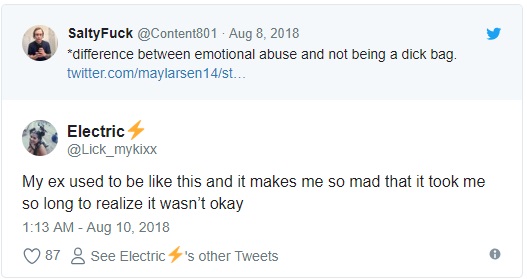 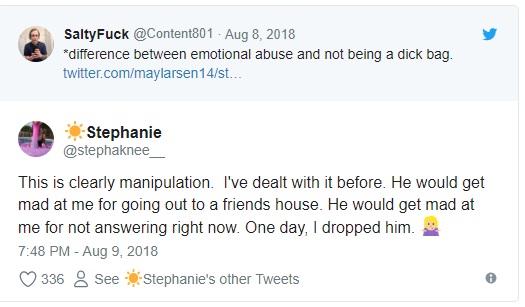 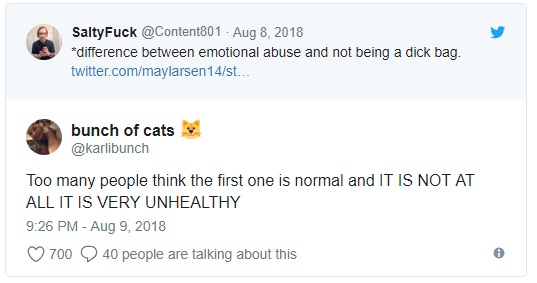