When we started Awkward, we had one goal: to inform the public about any and all developments in amphibian-based swimwear. Everything else we do is merely in service to that goal. And now, after a year of hard work and perseverance, we are proud to tell you about a Louisiana woman who made the world’s first known frog bikini.

Fabiana LaFleur, 28, hails from Henderson, Louisiana. She spent her childhood hunting and fishing in the bayou with her dad, and one of the lessons he imparted to her was never to waste any part of an animal. “When my father took a deer,” she told The Huffington Post, “he always made it a point to use every part that he could, not only eating the meat but also tanning the hides, sometimes even carving the bones into knife handles.”

On a recent frog hunting trip, LaFleur put her father’s advice into action. She caught seven frogs in total, skinned them, and removed their meat. But one of the frogs “didn’t turn out very well,” (Mercifully, she doesn’t explain what that means os let’s just say the meat didn’t look very good.) Left one inedible frog and a pile of leftover frog skins, LaFleur got the idea to sew a an extremely authentic frog print bikini. 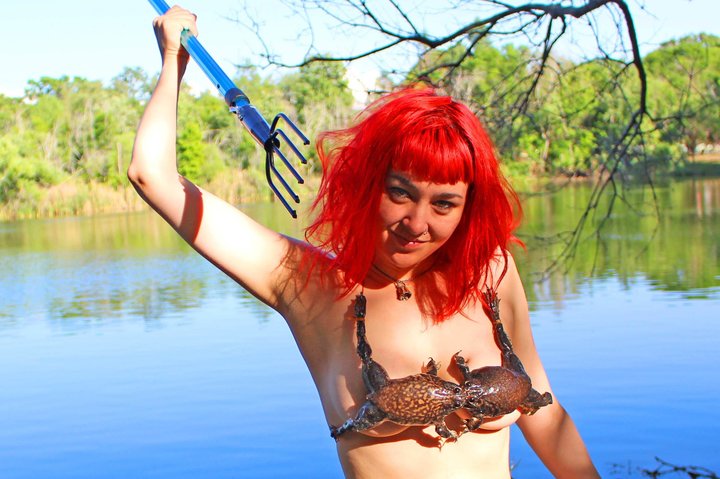 LaFleur explained the process of making a frog bikini, which is not for the squeamish:

“The most difficult part of making the bikini was the skinning of the frogs,” LaFleur told HuffPost. “Normally, to filet a frog you would just make a cut around the belly and pull off the pants to expose the legs. To keep the whole things intact, I had to turn them completely inside out without damaging the skin so it’s a more delicate operation.”

Once the skins were dried and the stitching was done, it was time for waterproofing. According to Reptiles Magazine, (Make sure you check out their centerfold!), frogs secrete a mucous-like substance that keeps their skin waterproof, but skinning them puts an end to that. Instead, LaFleur used multiple coats of shellac. 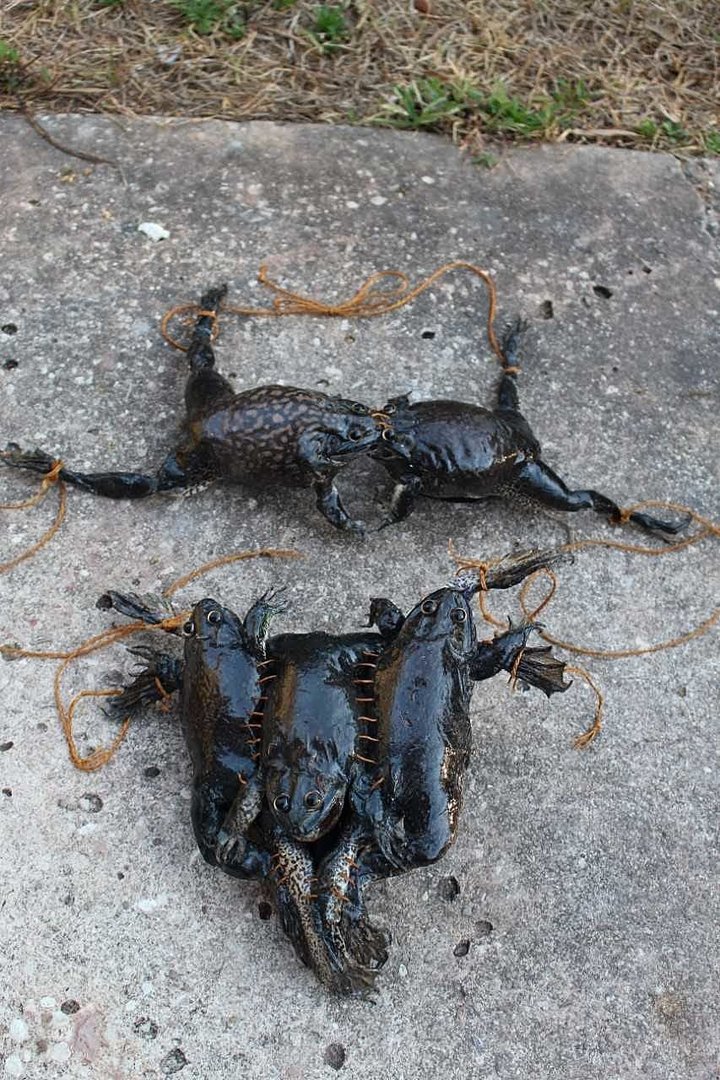 LaFleur admits her frog-kini is more useful for turning heads than for swimming or hitting the beach. Unlike brassieres, frogs have no underwire, so the  offers no support. “Wardrobe malfunctions are inevitable,” she said.

The frog-kini isn’t intended for daily use, but it will still be displayed in a place of honor in her home. “My uncle has a bear skin hanging in our family’s hunting cabin and my mother says I should hang it right next to that. I think that’s a pretty good place for it.” 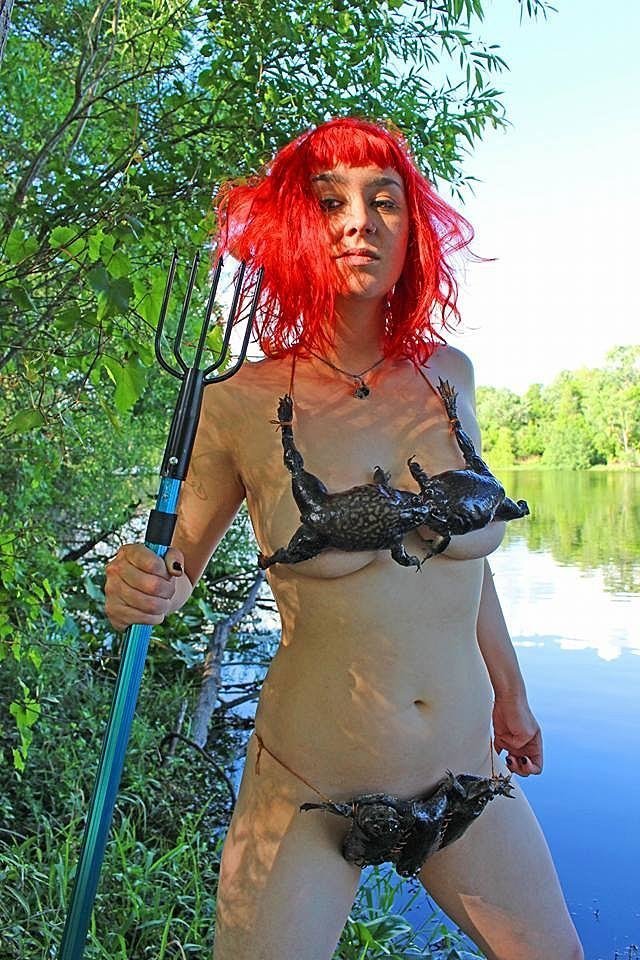 When asked some version of the question, “Don’t you think this is…weird?”, LaFleur points out that skin-to-skin contact with frogs isn’t any different than wearing another type of animal. “The process of extracting silk from worms seems a lot grosser than stitching a couple hoppers together.”

Unfortunately, LaFleur has no plans to sell frog-kinis, as the process is too time-consuming and labor-intensive to make a profit. She just hopes people will be inspired to waste fewer animal products.

So, you were hoping LaFleur would make you a frog-kini so you could start a brand new life as an authentic swamp witch, well, you better learn how to stitch.