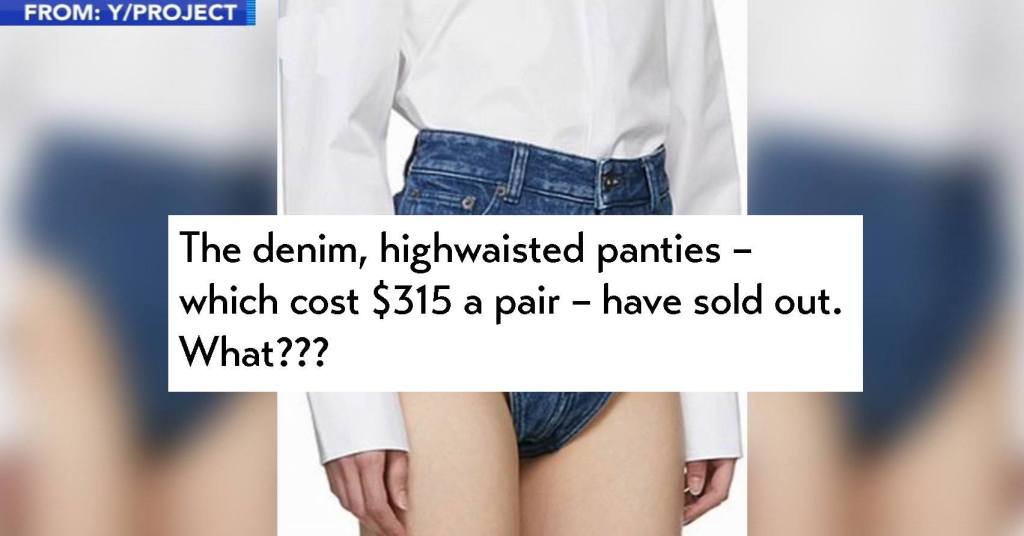 Wish Your Panties Were More Like Your Jeans? Then You Need “Janties”

I realize that neither scenario could possibly describe anyone who’s ever lived on Earth, but that’s the best I can do. You try making sense of it!!!!

Navy denim panties, or “Janties” as they’re now being called, are the newest non-trend Instagram trend. They’re made by Parisian fashion design company Y/Project, and they’re available through Montreal-based online retailer SSENSE. (The extra “S” is for “Nonsense”!). The high-waisted pseudo-underwear sell for a mere $315, and unfortunately they’re currently sold out. The public has spoken, and apparently the public wants an underwear version of Mom Jeans.

According to the product description, Janties are 100% cotton with a mid-rise cut–that’s garment industry lingo for the iconic “Mom Jeans” shaped jeans that ride on the hips. They’ve got three pockets, belt-loops at the waist, copper-tone hardware, and “tonal stitching,” which means that the stitches match the color of the denim. There you go: more than anyone ever needed to know about Janties.

But perhaps the most bizarre detail about this product is their intended use. Sure, you could simply wear them like you’d wear underpants, but SSENSE also encourages you to wear them out and about, like shorts. Are they underwear, or are they pants? Both!

Just imagine: you could wear your Janties as underwear on Monday, then wear them as regular pants on Tuesday and nobody would be the wiser. Finally, it’s acceptable to wear dirty underpants as your pants! #progress 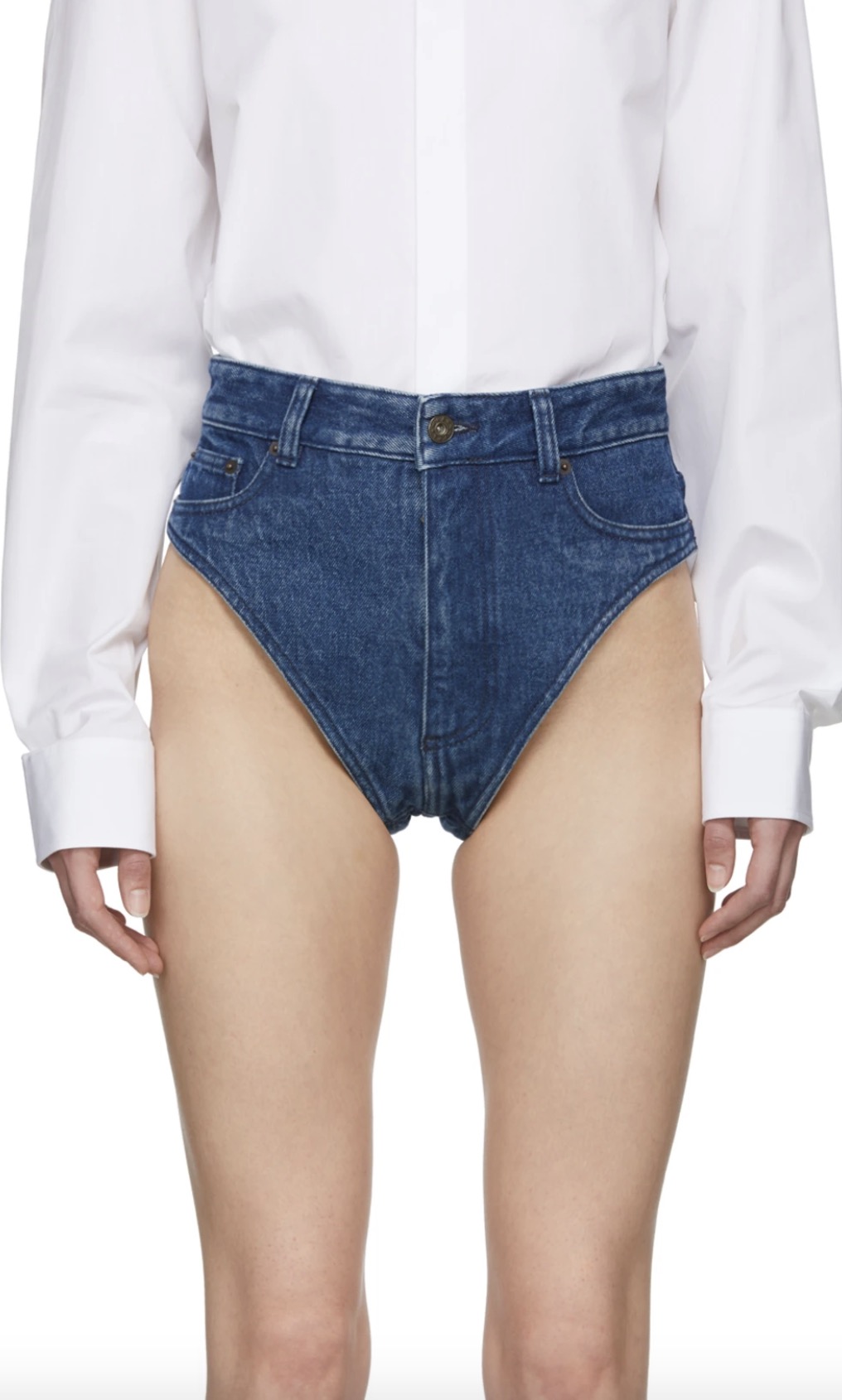 Like lots of questionable fashion products, nobody would be talking about Janties if it weren’t for massive Internet outrage. After SSENSE plugged the denim undies on their social media, Internet mobs took to the virtual streets to let them know exactly how they felt about it. 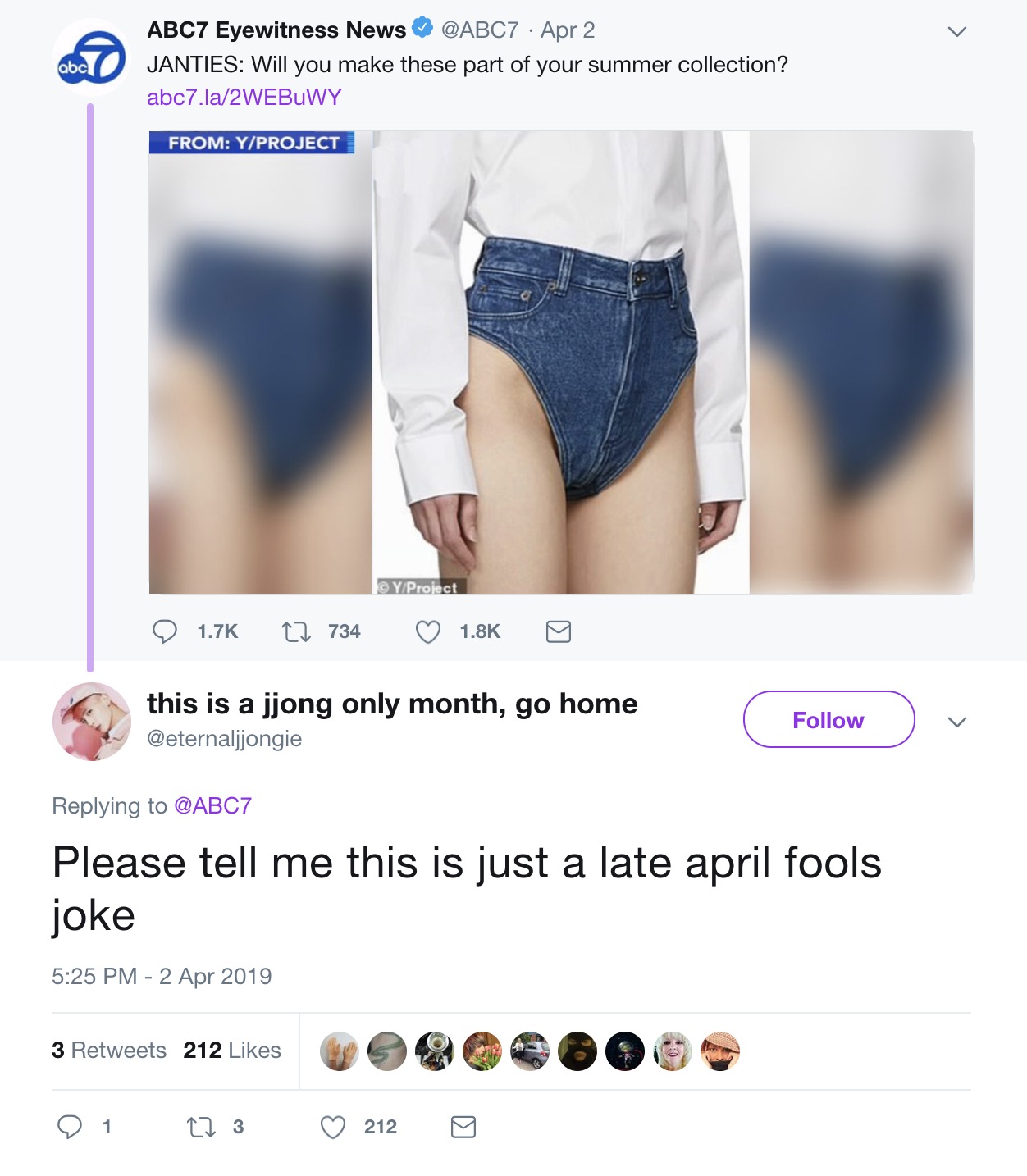 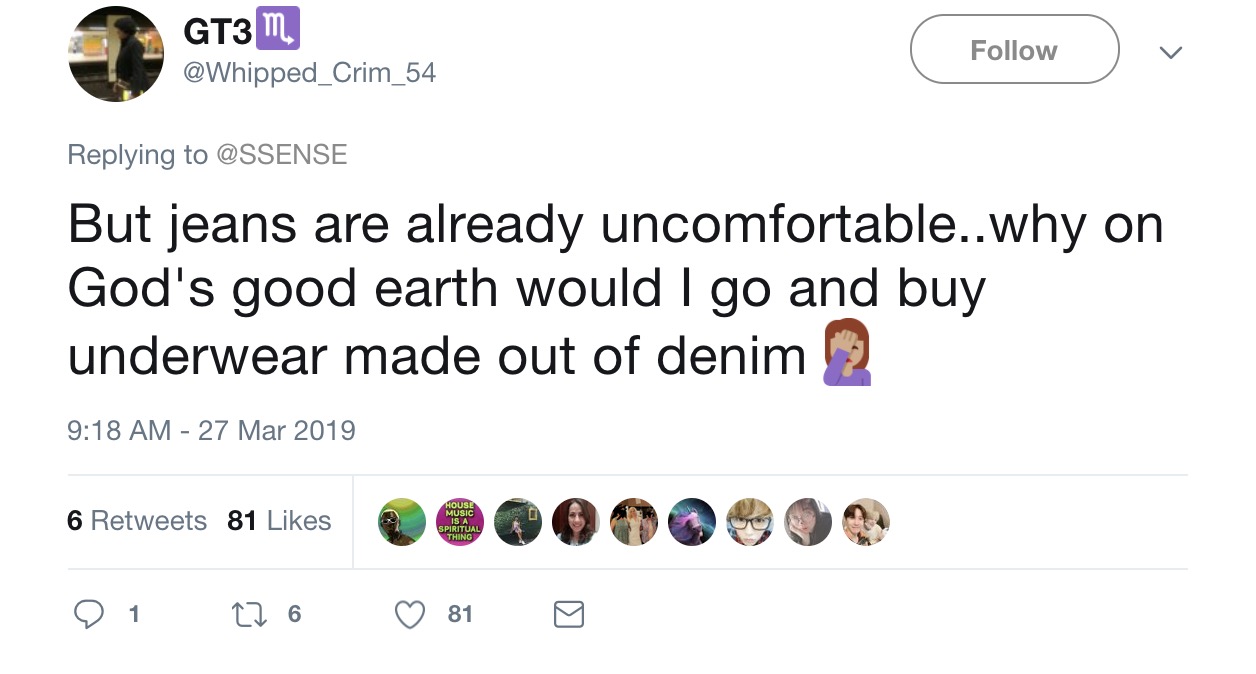 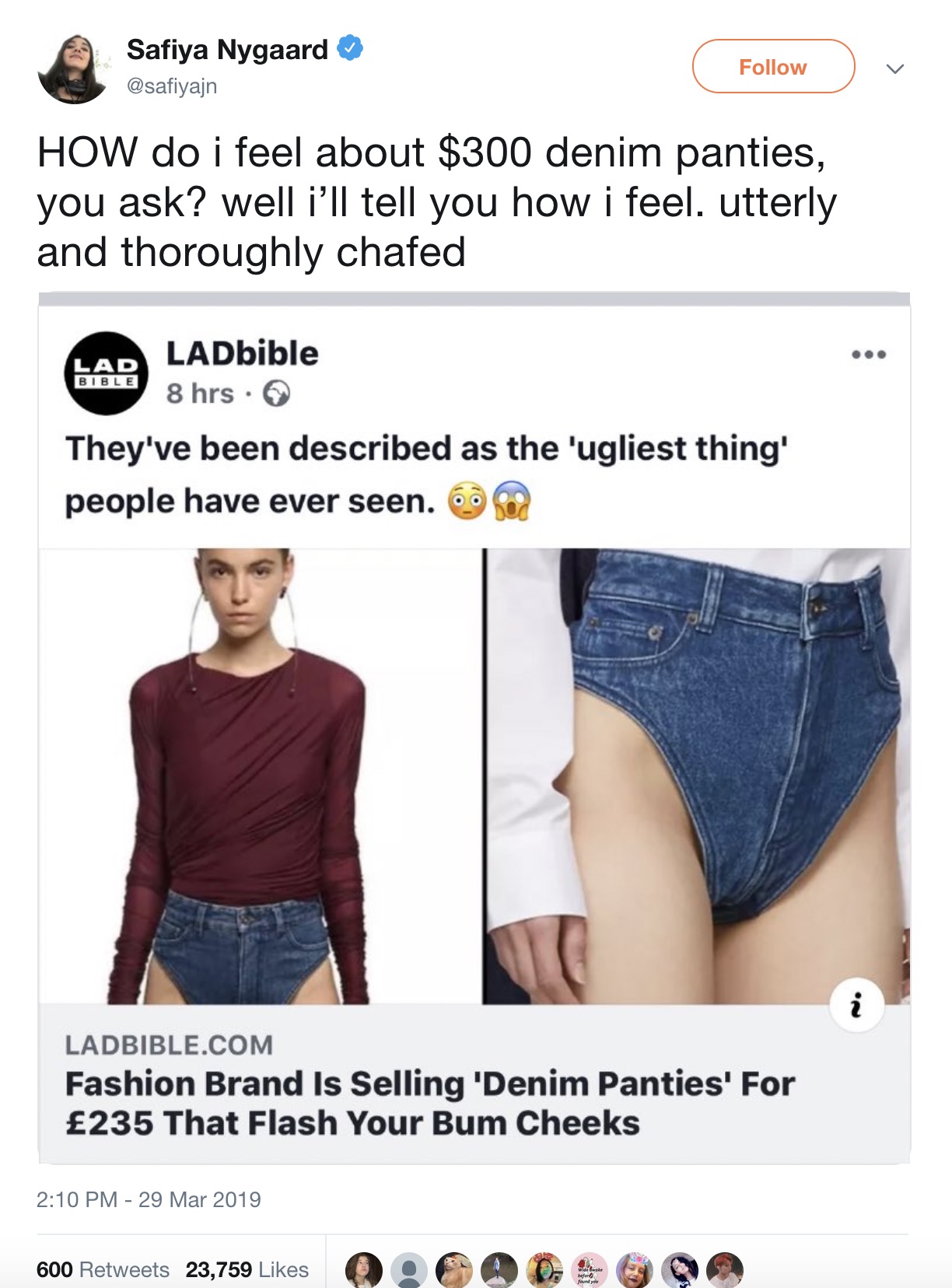 Others thought they looked less like underpants and more like…something else.

The haters can go pound sand. Janties are here to stay, and it’s only a matter of time until someone invents a similar product for guys. So in that spirit, I am proud to announce that I’m starting a new company that sells tighty-whities that can be worn as regular shorts. We’ll be launching this fall under the name Skidmärk. (The umlauts is to make it seem European.)