If you’re a mom or have friends who are moms, you’ve definitely seen a picture of a baby strapped into a car seat pop up in your timeline at one time or another. There’s also a good chance you’ve seen one mom comment to another about how their kid is improperly or not safely restrained in their car seat. The straps, the adjustable head support, the clips…it’s a lot to take in when you’re a new parent (which is why you should totally get your local fire department to double check your installation!).

That said, most of us get the hang of things pretty quickly once we’re putting our precious bundle in and out of that seat, sometimes multiple times a day. Other people, though, sometimes don’t quite get why we’re so militant.

I know my parents always want to help by putting the baby in and out of the cars eat, and I know how many times I’ve had to correct them or check again once they’ve got him ready to go – and how many times they’ve exchanged looks, tried to tell me he was in too tight, or probably thought I was over the top.

The same is probably true of mom Rebecca Tafaro Boyer, who replied to this photo her husband sent of their infant son with some “nagging” feedback about how he was strapped into his seat. 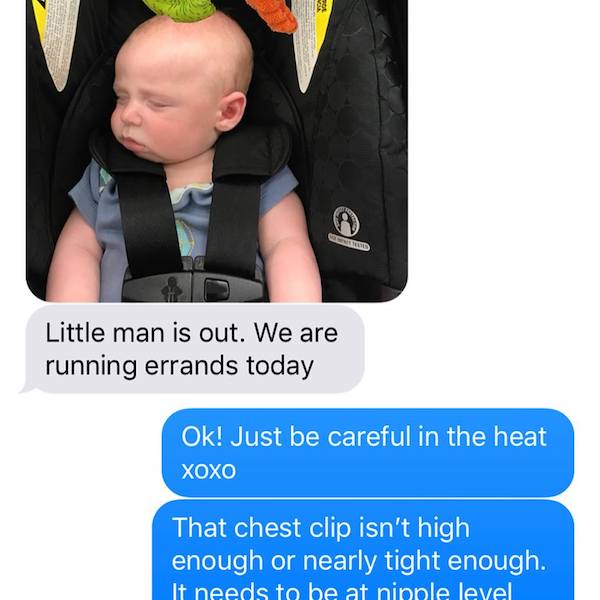 She “nagged” him about William’s position in the car seat – the straps were too loose and the chest clip was too low (it should be nipple height), and felt sure that her husband listened and made the corrections.

Later, she would be 100% glad she hadn’t feltbad about her nagging, because the two of them were in an accident.

“David just didn’t have enough time to stop – it could have happened to anyone. He slammed on the brakes at nearly 50mph before colliding with the front passenger side door of her SUV. My precious little bundle of joy was so well restrained in his car seat THAT HE DIDN’T EVEN WAKE UP.” 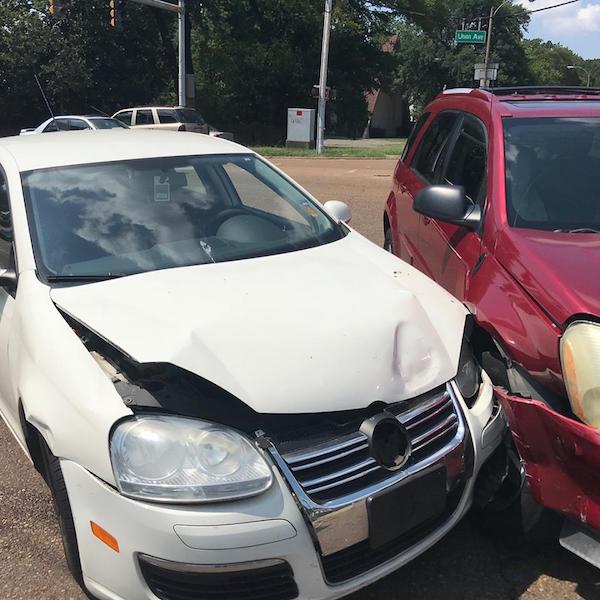 Her husband and baby went to the local hospital to get checked out, and though William was fine, her husband did suffer a broken foot – but there’s no way to know if that would have been the case had she not asked him to tighten up and re-adjust William’s straps that morning. 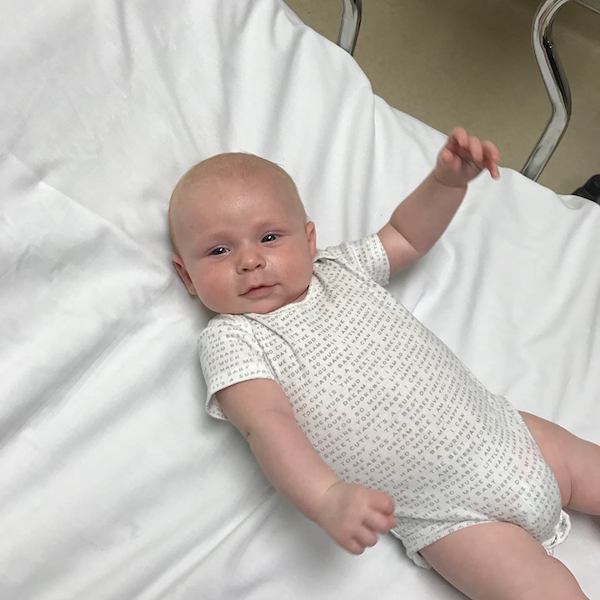 “I am so thankful that my husband took the extra one minute that was necessary to put William in his car seat safely. I can’t even begin to imagine how different the outcome could have been. I truly believe that the reason my family is at home sitting on the couch with a pair of crutches instead of down at the hospital is because of my annoying nagging mom voice.”

So if you have one of those (I know you do, it comes with the baby!) don’t be afraid to use it when it comes to your child’s safety. Like Rebecca reminds us in her now viral post, “The car is a loss, but cars can be replaced – my boys can’t!” 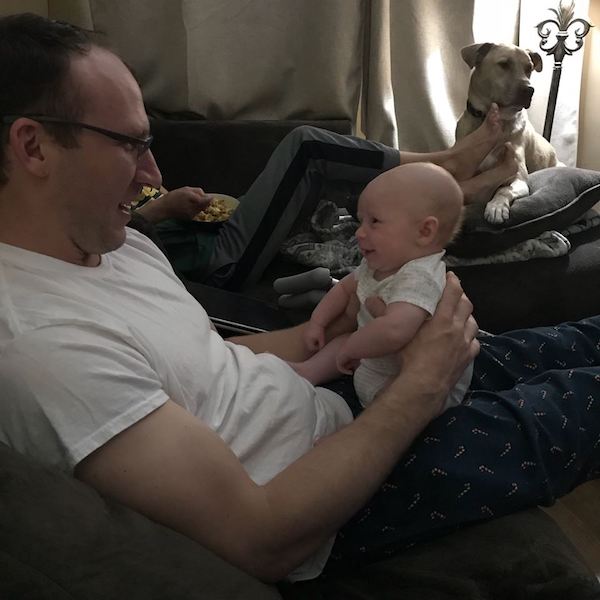 No one can, so stay safe out there, friends, and remember that if your car seat has been involved in an accident, it needs to be replaced. Ask your insurance if it’s covered and get a new one!