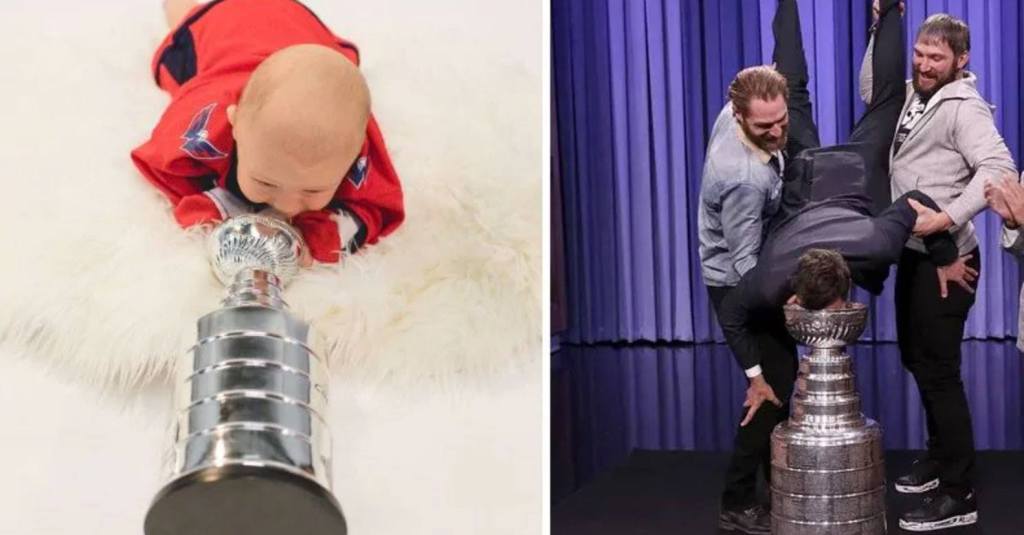 If you’re a sports fan, it doesn’t get much better than the Stanley Cup Playoffs. The NHL playoffs are a grueling ordeal that lasts about two months from start to finish. Following your team through the tournament is a true emotional roller coaster. There will be many exhilarating highs, like an overtime winning goal, and many crushing lows, like when your team gets blown out 5-o at home.

So if your favorite team can somehow grind through four punishing playoff rounds and win Lord Stanley’s Cup, you’re going to want to celebrate. And we all know what happens during moments of jubilation: people get pregnant.

The current Stanley Cup Champion is the Washington Capitals. Their triumph over the Vegas Golden Knights was particularly cathartic for fans, as it was the franchise’s first championship since it was founded in 1974. During the 2018 championship run, many Caps fans got caught up in a moment of celebration and became new parents–and some of them even named their kids after Capitals players.

This sort of thing is common among sports fans, but the Capitals took things one step further. Most professional sports franchises don’t talk about their fans’ sex lives on social media, but the Caps aren’t most franchises. 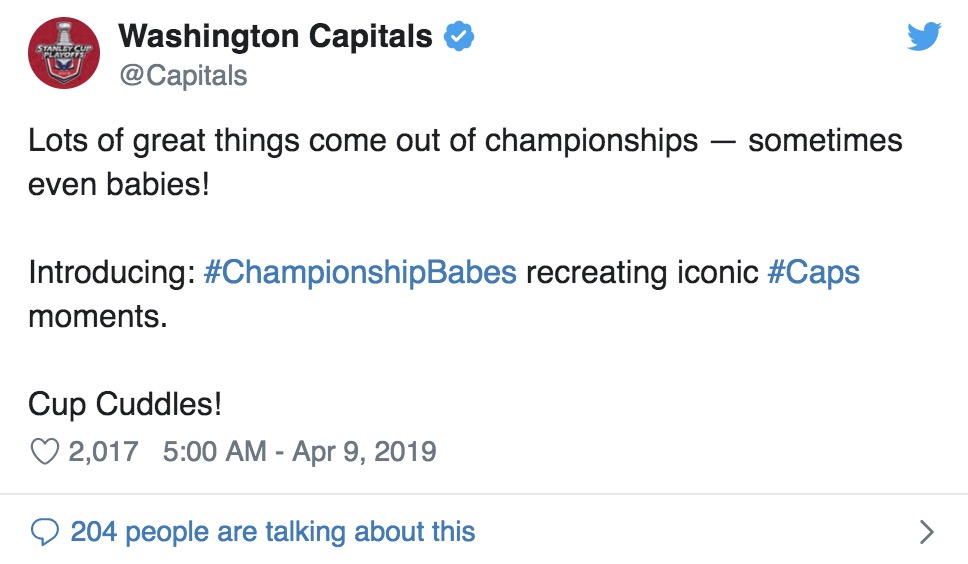 Way to lean into it, Caps!

The Capitals invited families who conceived during the 2018 playoffs to recreate some of the iconic photos taken during the cup run. And now, to mark the beginning of the 2019 Stanley Cup playoffs, the Caps shared these recreations with the world.

First up, little Braden Taylor. He was born nine months to the day after the Capitals’ win, and his parents named him after the Caps starting goaltender, Braden Holtby. When Braden was born, his parents placed him in a replica of the Stanley Cup. 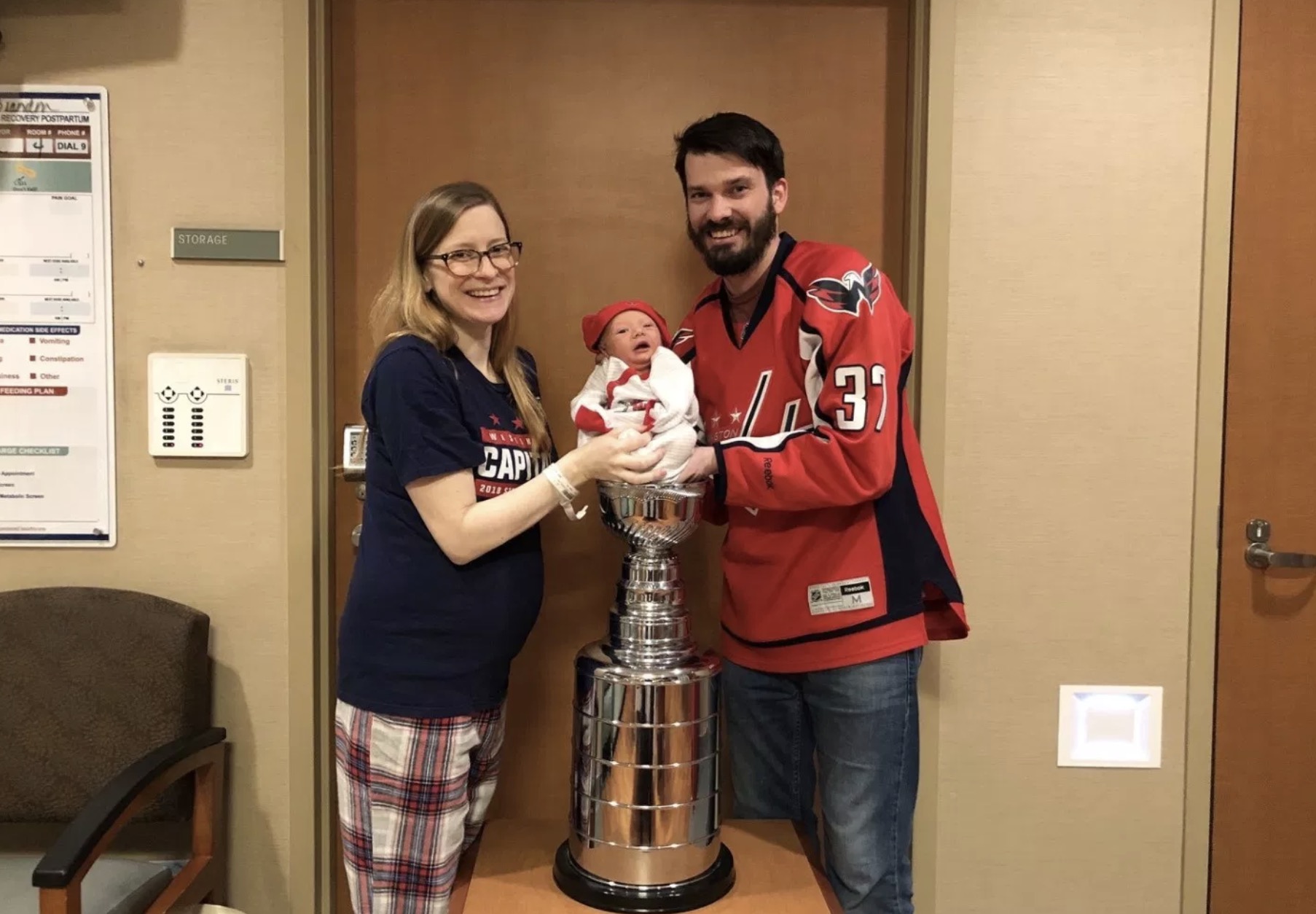 Braden’s parents Katie and Brandon are huge Caps fans, so participating in the recreations was a no-brainer. So was the choice of photo: Braden Holtby’s iconic, game-saving save in Game 2 of the Cup Finals. 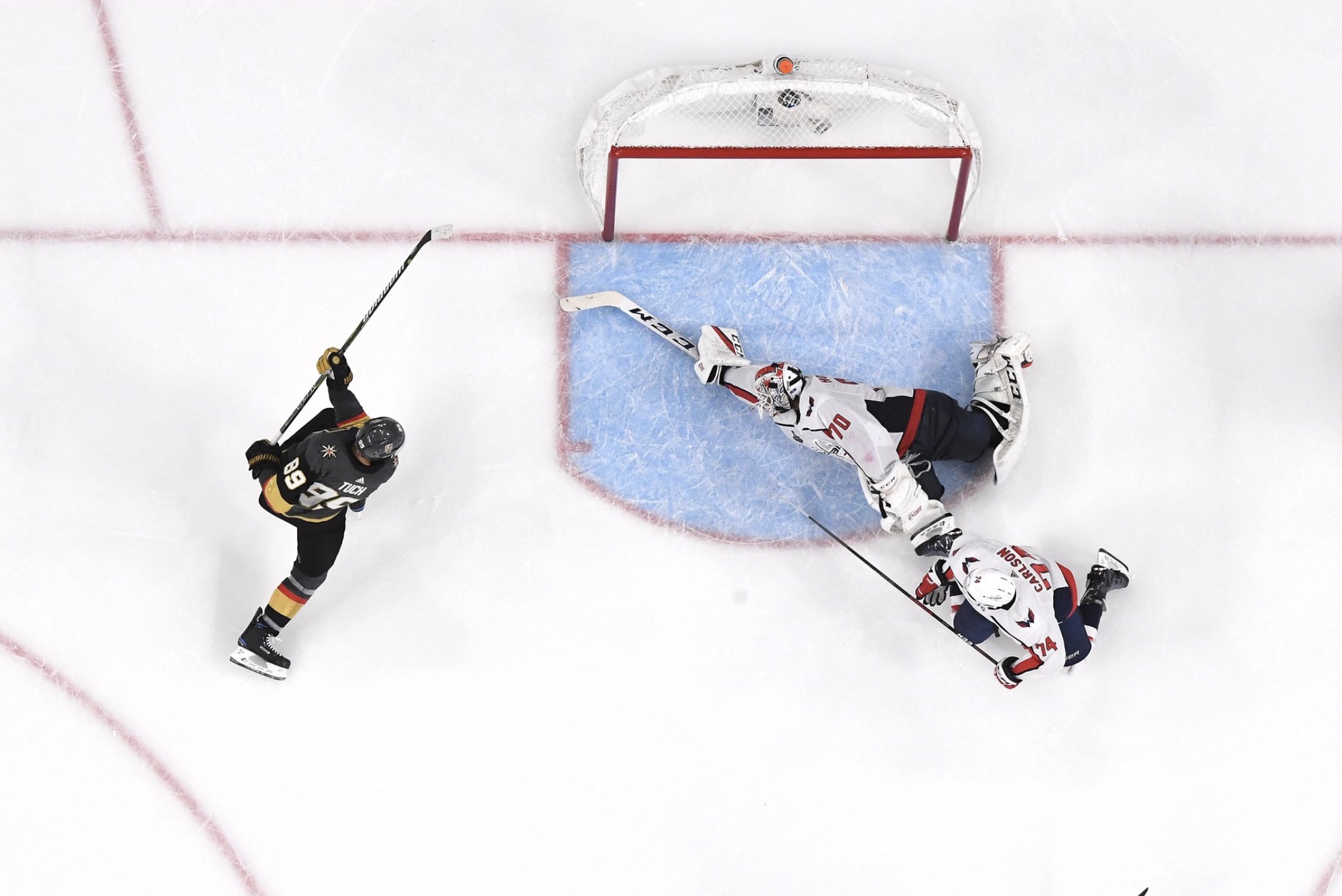 And Braden’s recreation was just as clutch. 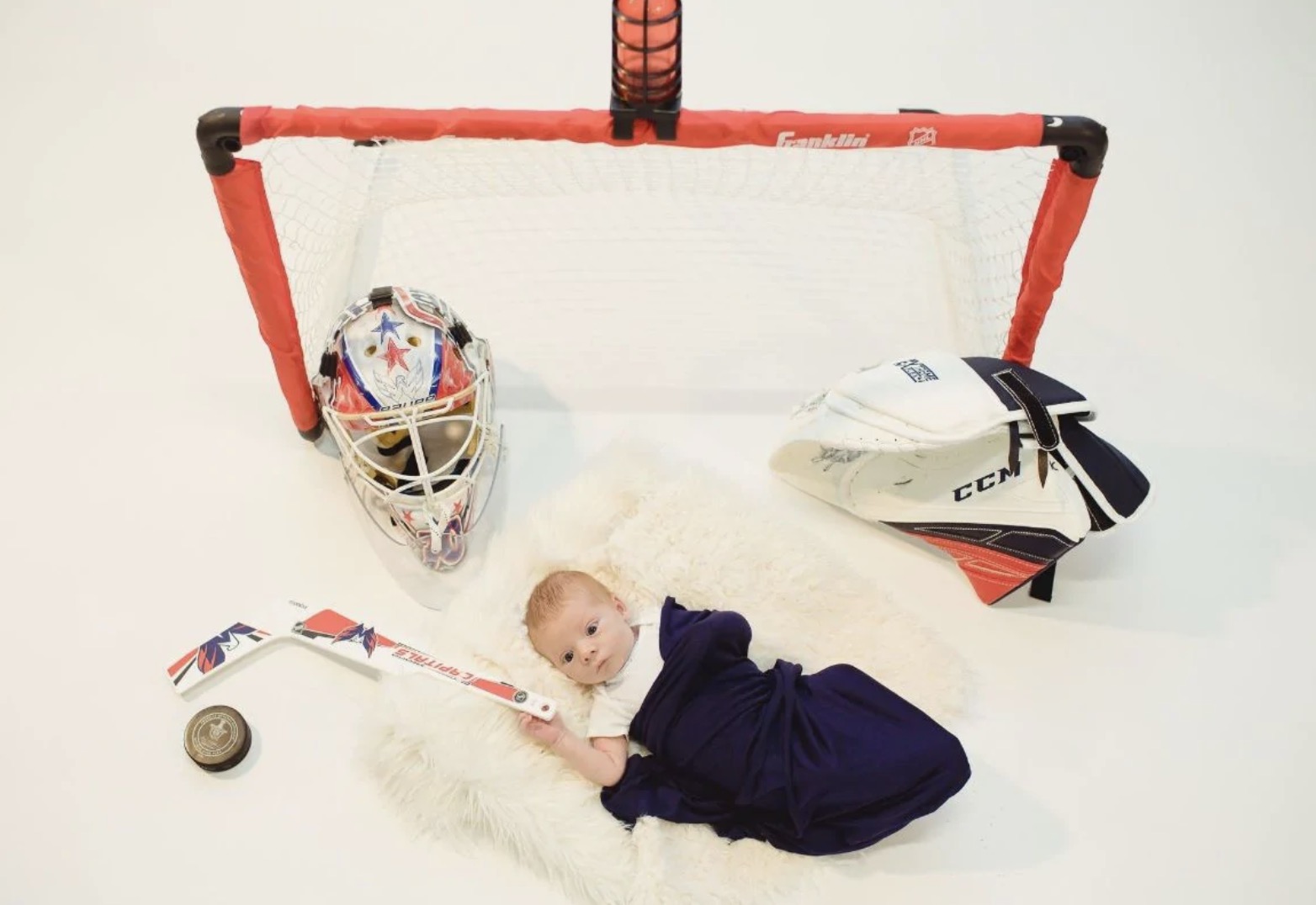 (My one quibble is that they didn’t get a Vegas Golden Knight’s baby to stand in for the victim of Holtby’s save, forward Alex Tuch.)

Up next, little Alexis Unglebee. Alexis’s Mom Jennie is a longtime Caps season ticket holder. “The whole playoffs and everything leading up to the Stanley Cup was just so exciting for us,” Unglesbee told The Washington Post. “She was kind of this miracle baby that we didn’t expect to have and that we found out we were going to have a couple weeks after they had won the Cup.”

That’s why Alexis and her partner decided to name Alexis after Capitals captain, Alex Ovechkin. For the photoshoot, Alexis recreated the famous photo of Ovechkin cuddling in bed with the cup. 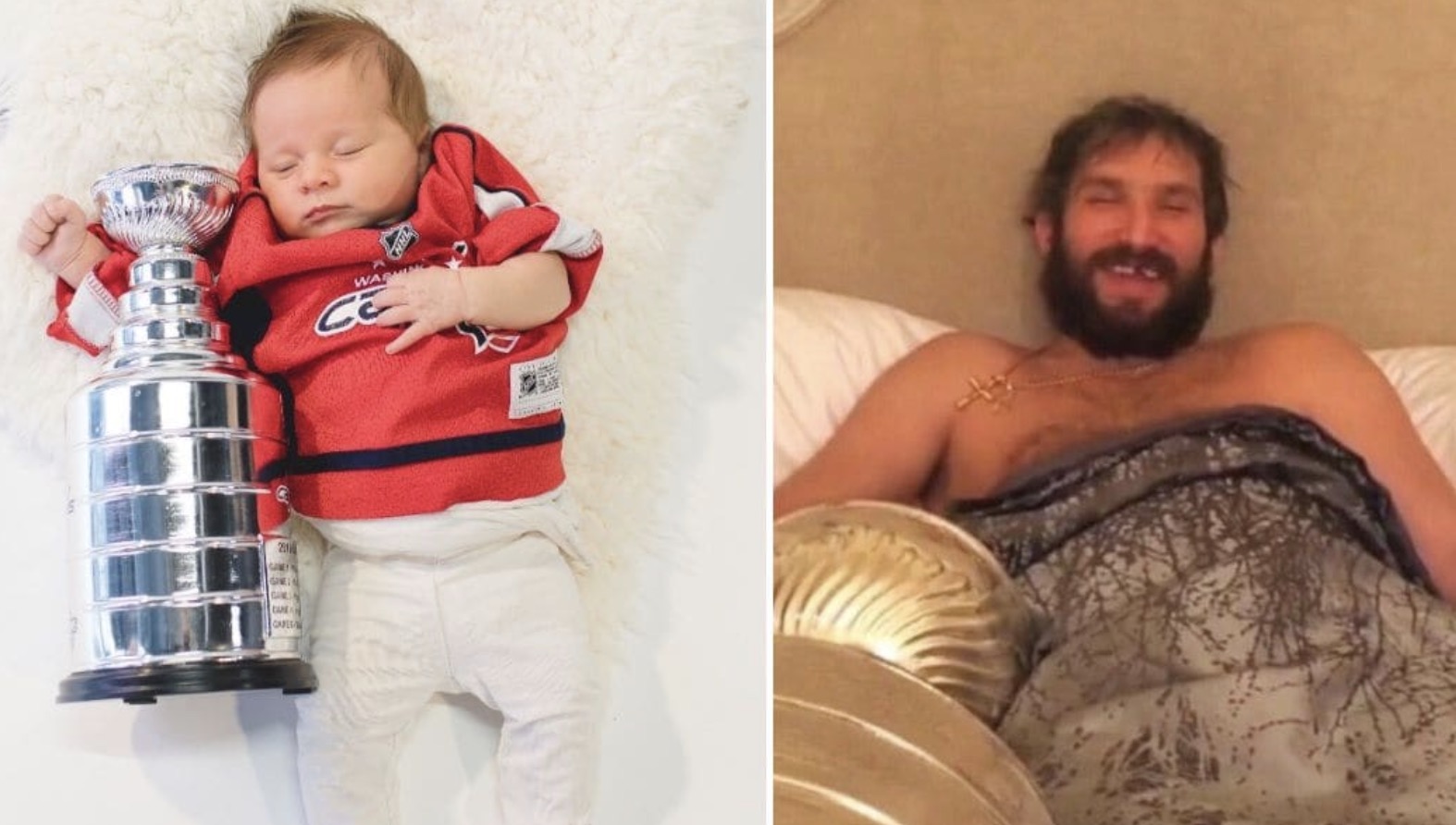 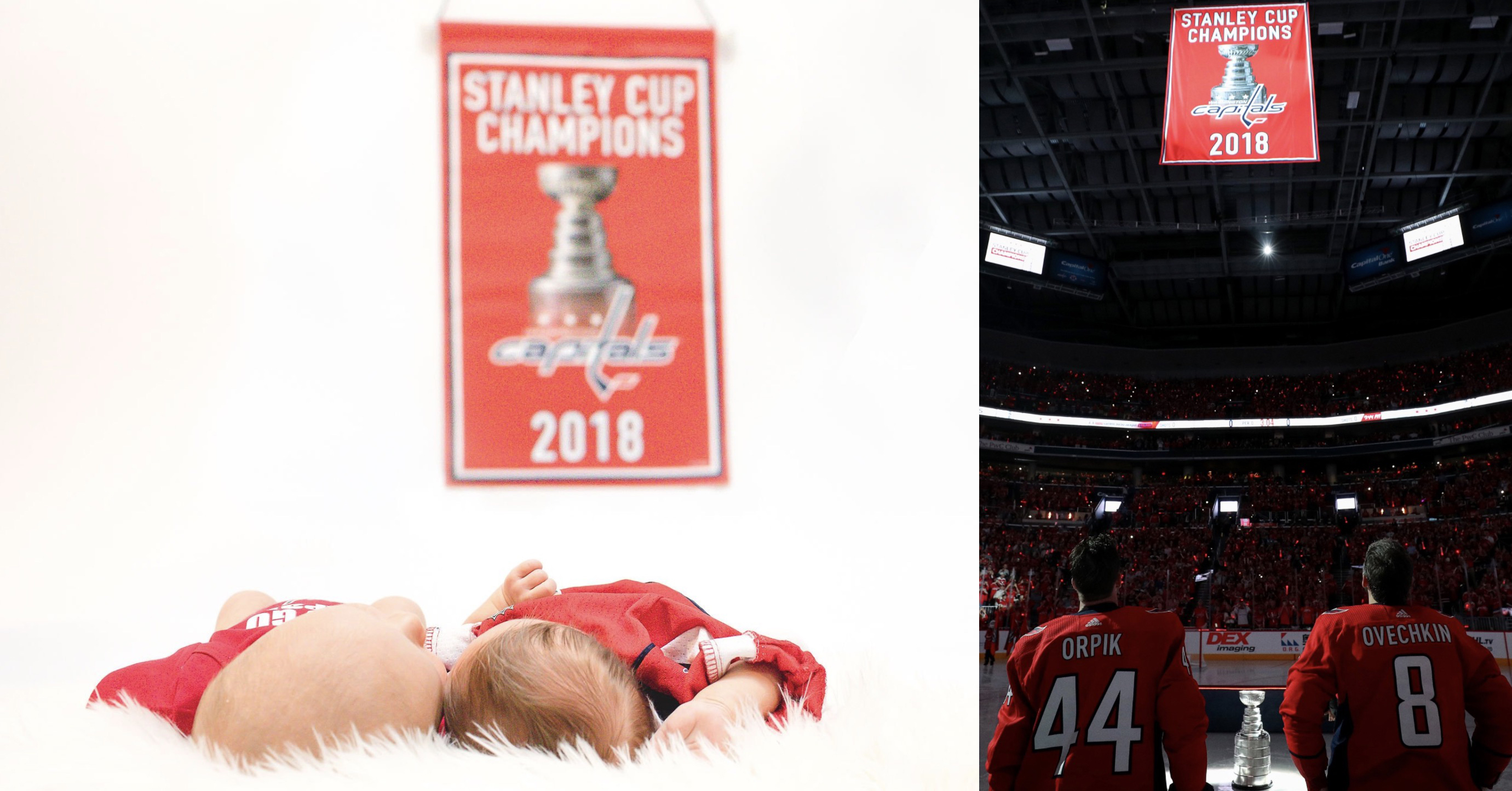 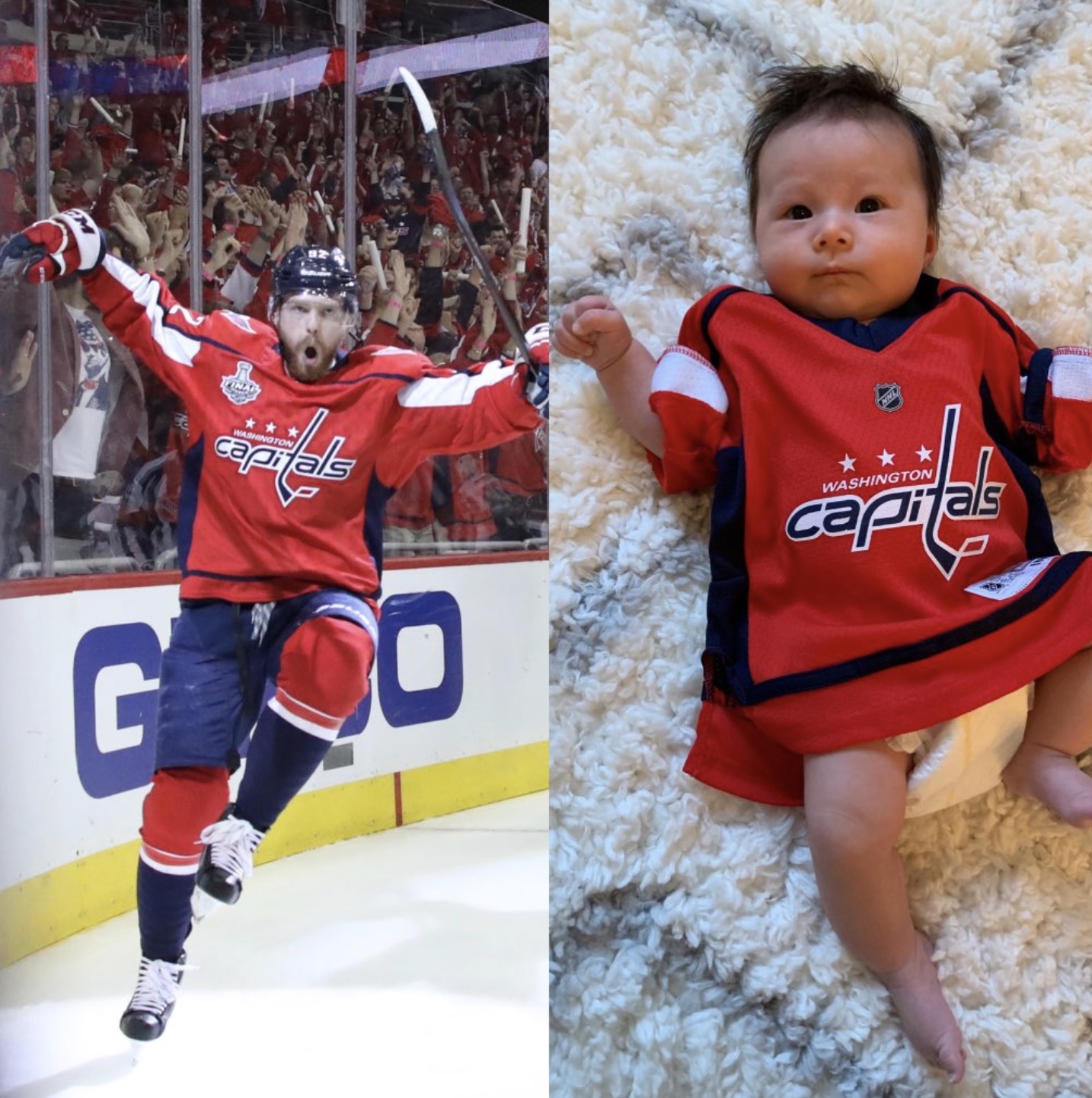 And they even recreated Capitals’ appearance on The Tonight Show Starring Jimmy Fallon, when Ovechkin and Holtby helped Fallon do a keg stand out of the Cup. 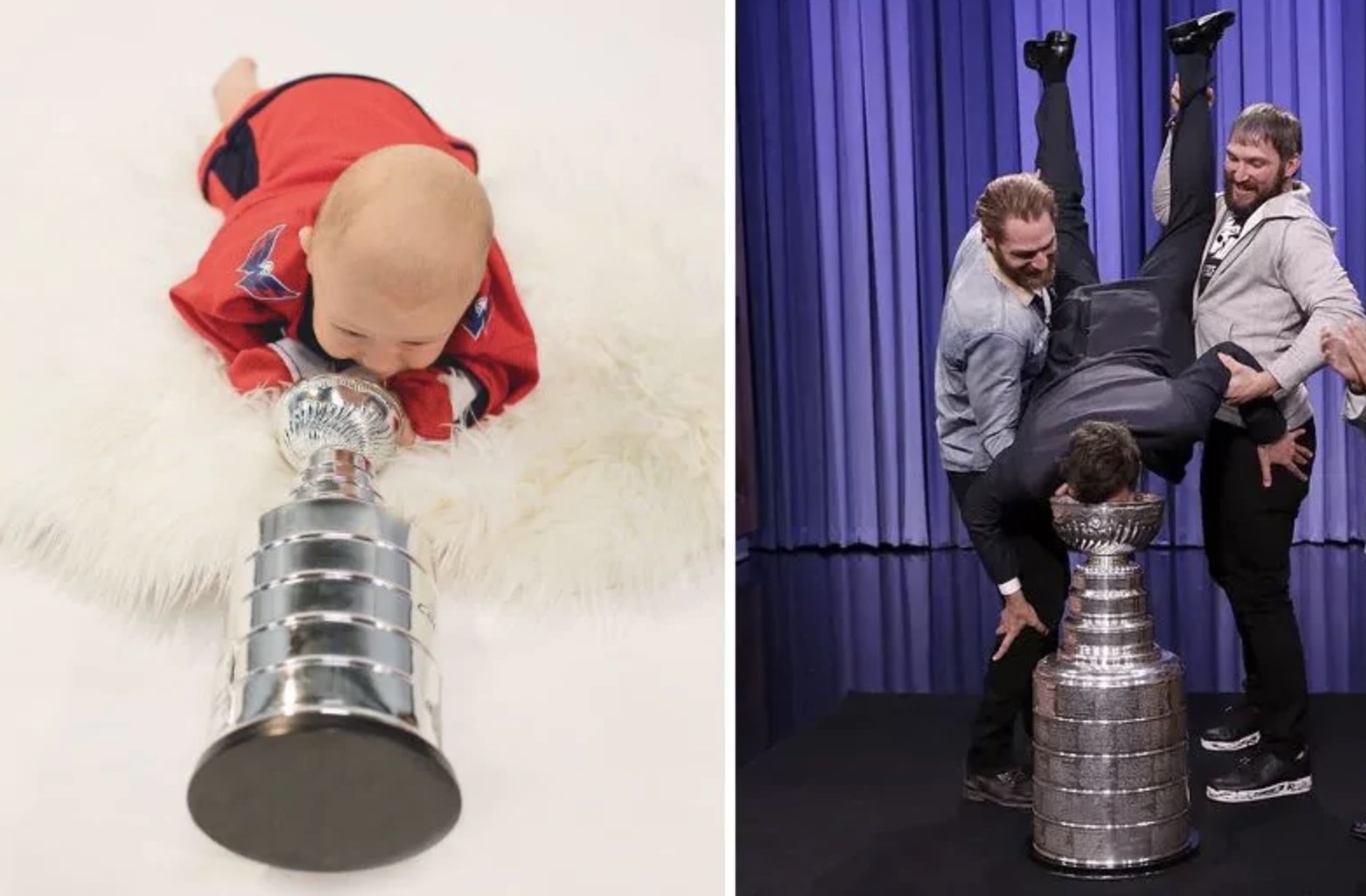 This photoshoot was a great idea by the Capitals, and it gave the parents and babies a one-of-a-kind memento for their baby books. Well done everyone.

But hey, maybe some of these babies will one day grow up to rebel, and hate everything Caps. If that happens, I’ve got a suggestion for them: why not become a fan of the Caps’ biggest rivals, the Pittsburgh Penguins? As a Pens fan myself, I can say there’s always room for more!

Enjoy the playoffs, everyone! 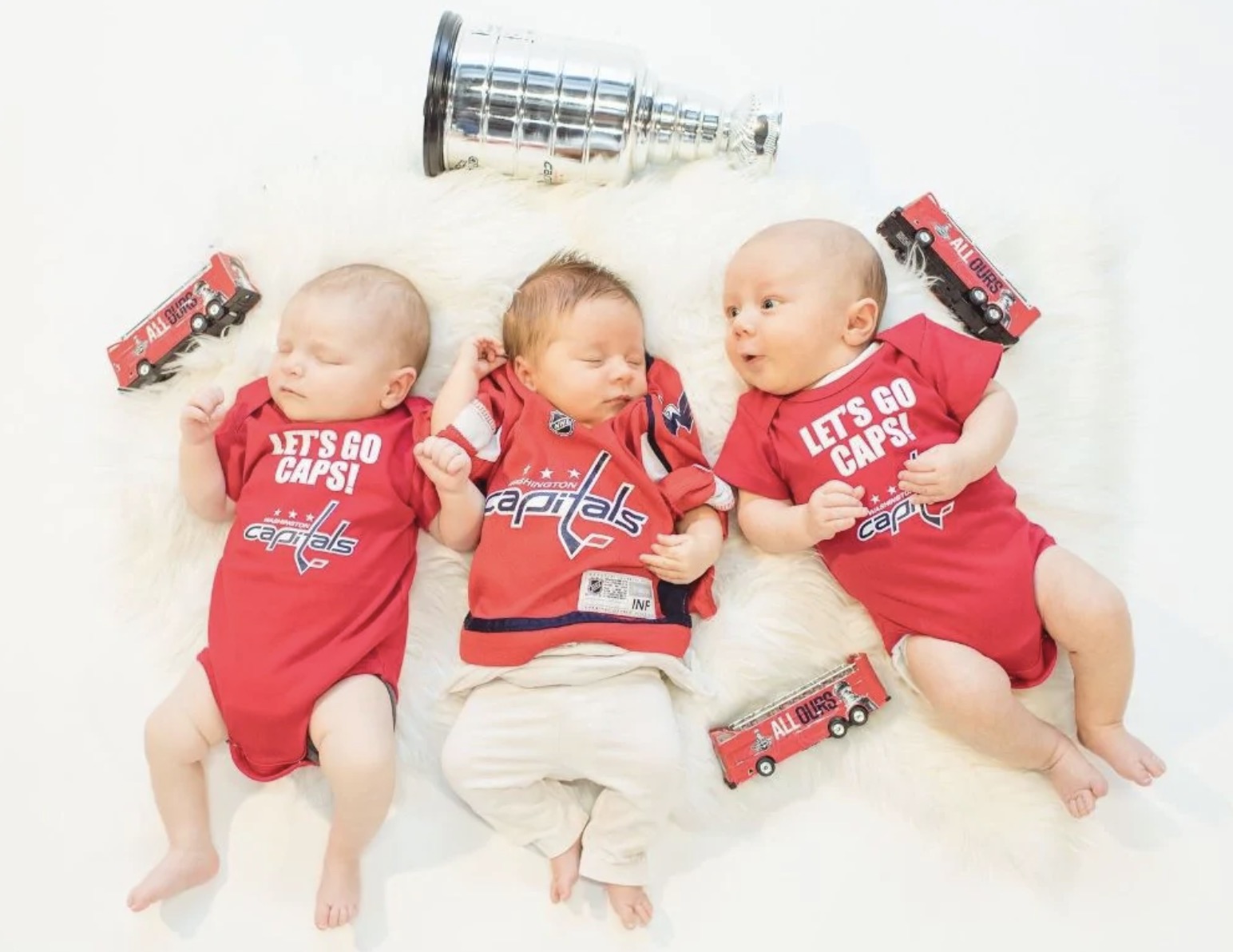