When you think about it, a tree actually makes a pretty good spouse. They stay rooted in one spot, so you always know where they are. They’re strong and sturdy, so they’re always there to lean on when you need them.  They can even make maple syrup with their bodies! (My partner definitely fails on the last front.)

But a group of people in Mexico is taking the trees-as-spouses idea several steps further by literally marrying trees, all in the name of conservationism. 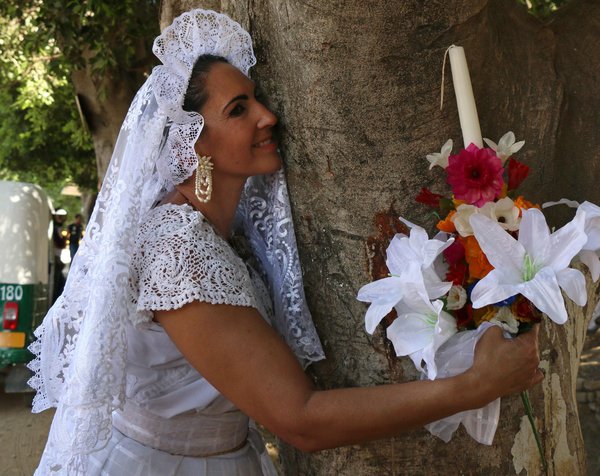 A group of women, along with a few men, held a tree-marrying ceremony last Sunday, February 25th, in San Jacinto Amilpas, Oaxaca. About a third of Mexico is covered with trees, but the country experiences widespread deforestation, with Oaxaca among the worst-hit states. This mass wedding, the group freely admits, is a publicity stunt meant to draw attention to the country’s problem.

“Marrying a tree is a way of protesting, to say that we need to stop exterminating Mother Earth every day, every minute, every second,” said tree bride/activist Dolores Leycigi. 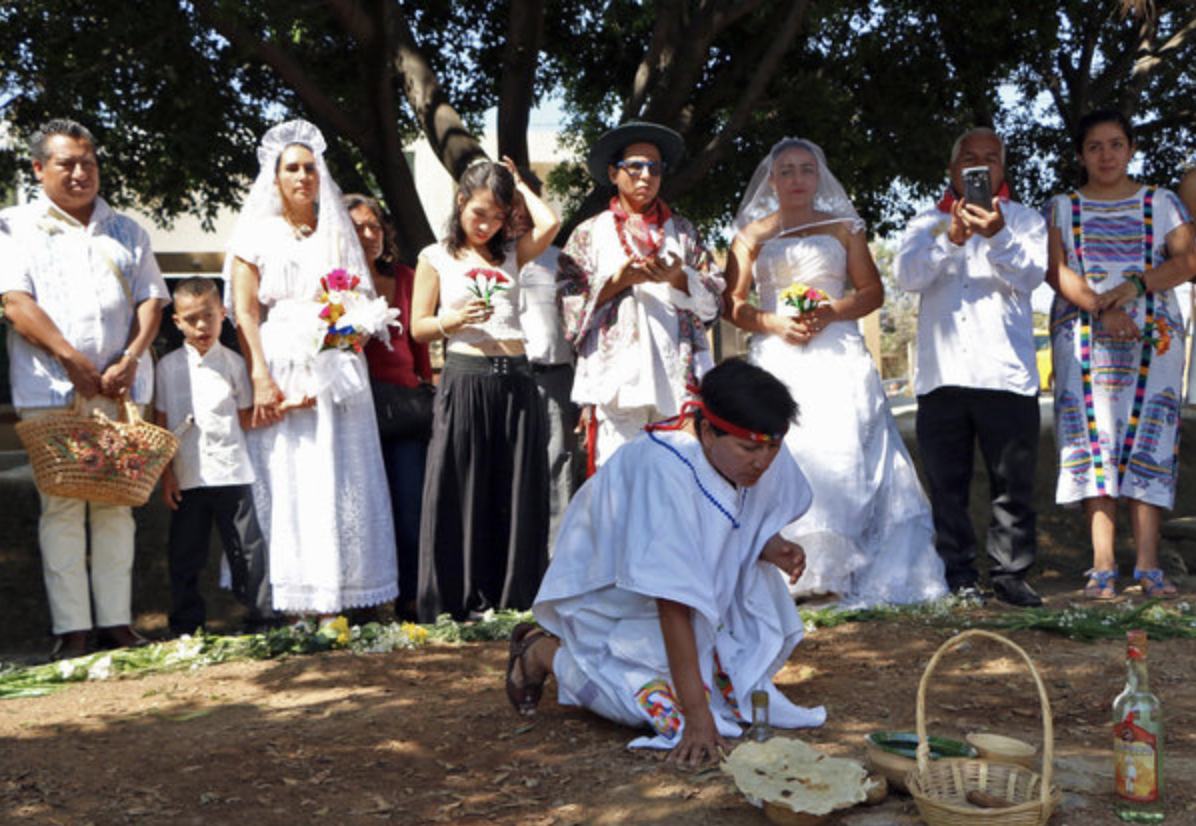 The marriages aren’t legally binding, but the activists still take them seriously. “I thought it was very interesting that we have a commitment, not only with this tree, but with all of nature,” said another tree bride, Andrea Tanat. “I thought about how much we’ve already damaged nature, so I decided to come and get married.”’ 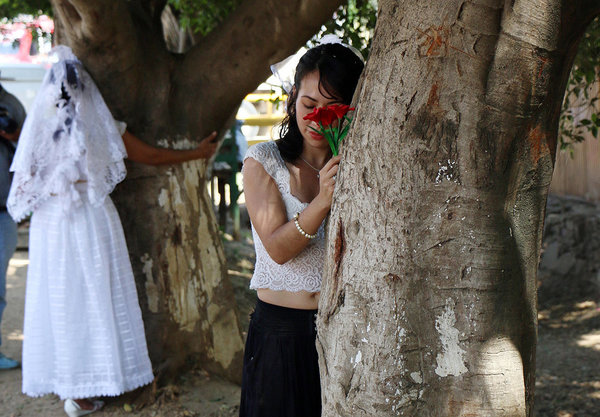 “Marry a Tree,” as the event was called, started as a ritual of giving thanks to Mother Nature, and later evolved to include an environmentalist message. Aside from the grooms being plants, the mass wedding had many of the same features as a traditional wedding. The brides showed up in wedding dresses and each one gave a kiss to their tree. The ceremony was led by Peruvian actor and activist Richard Torres.

These folks are by no means the first to have a relationship with a tree. Back in 2015, 31-year-old Australian Emma McCabe announced plans to marry a poplar tree she named “Tim.” But that relationship was less about environmentalism and more about McCabe being really, really, really into trees. 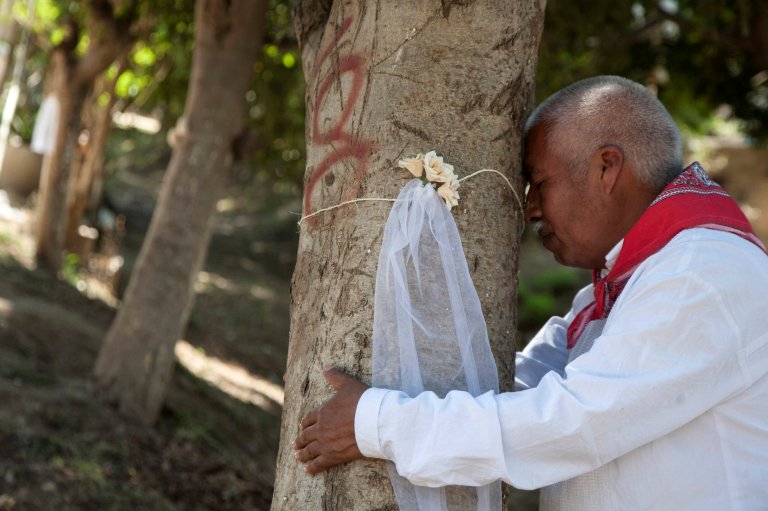 Even if the tree brides and grooms didn’t marry their trees “for real,” (whatever that means!), we still wish them all the best, and we offer them up a toast: “May your marriage be full of happiness and love, and free of any splinters.”