Lots of people love the movies, but movie fandom goes way beyond simply enjoying the stories and characters. Some people prefer to enjoy the cinema by finding all the little mistakes that the director and crew were unable to avoid. A microphone in the shot, a water glass that mysteriously refills in the middle of the scene, an extra falling down in the background, that kind of thing. Finding movie mistakes might seem nitpicky, but it’s definitely a popular pastime–they’re the subject of several books, and IMDB keeps an exhaustive database of every sort of goof so its users can easily categorize them.

Whenever something gets popular, someone else will inevitably come along and parody it. And that’s exactly what’s going on with @movie_goofs. Rather than share actual movie goofs, the Twitter account shares fake ones that purposely miss the point. Like this one: 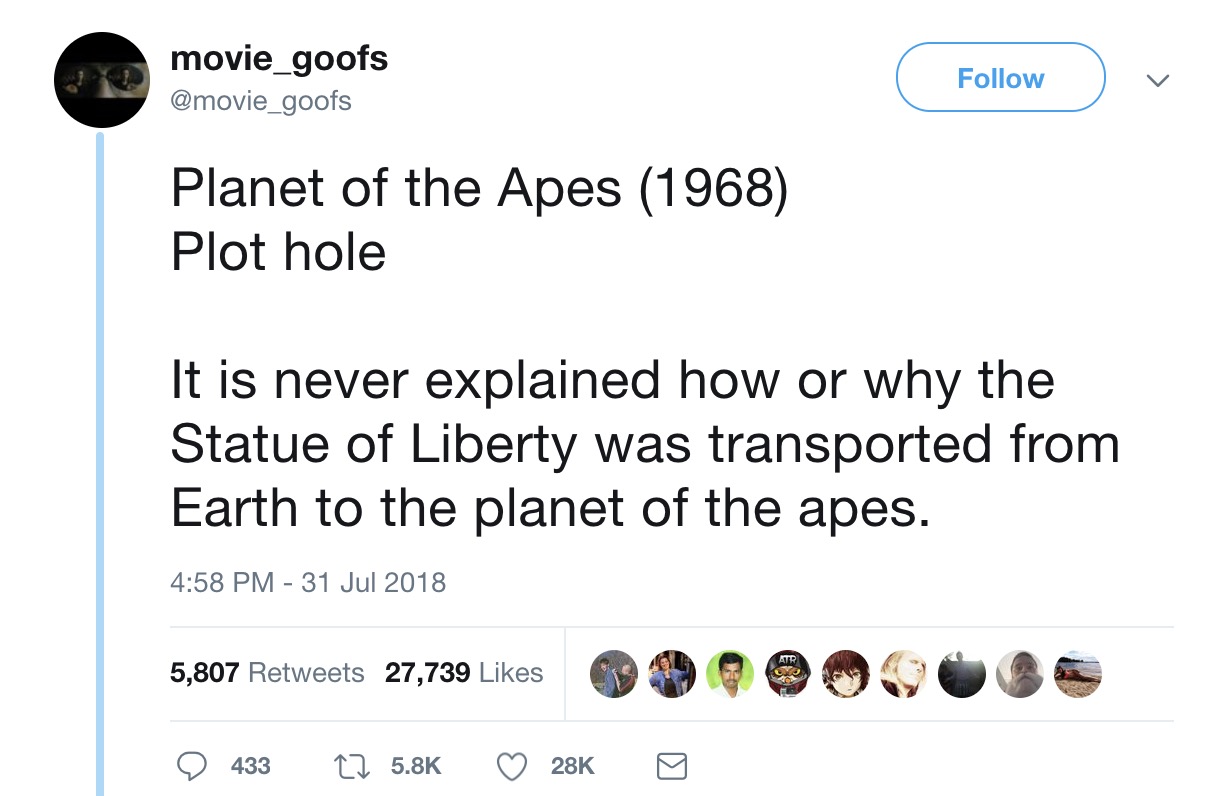 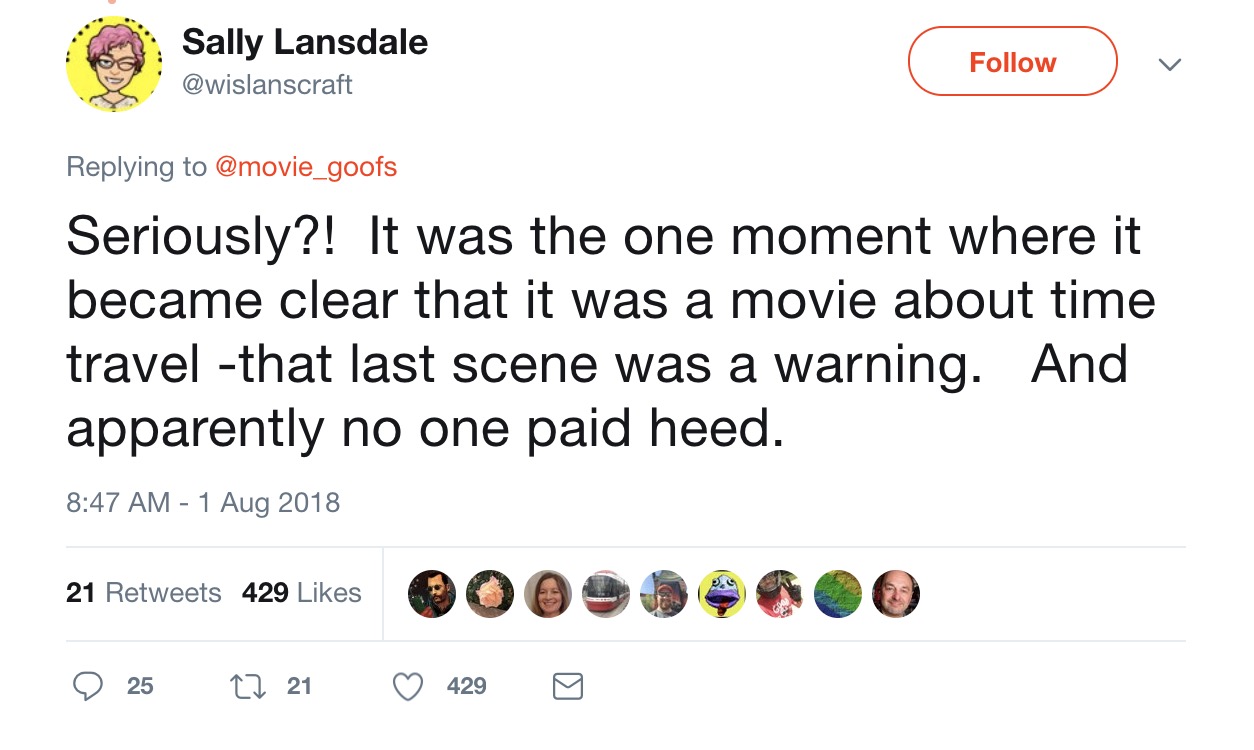 The account is run by a man named Sean, who works as a programmer in the video game industry. Even though plenty of people online find his account confusing, he insists that he only does it for laughs. “I’d be happier if everybody got the joke; but, unfortunately, people thinking I’m actually that thickheaded is just a natural consequence of me pretending to be,” he told Mashable.

So if you’re a movie fan who enjoys pointing out cinematic mistakes, or if you just like dumb-on-purpose humor, you should check out these 15 fake goofs from @movie_goofs! 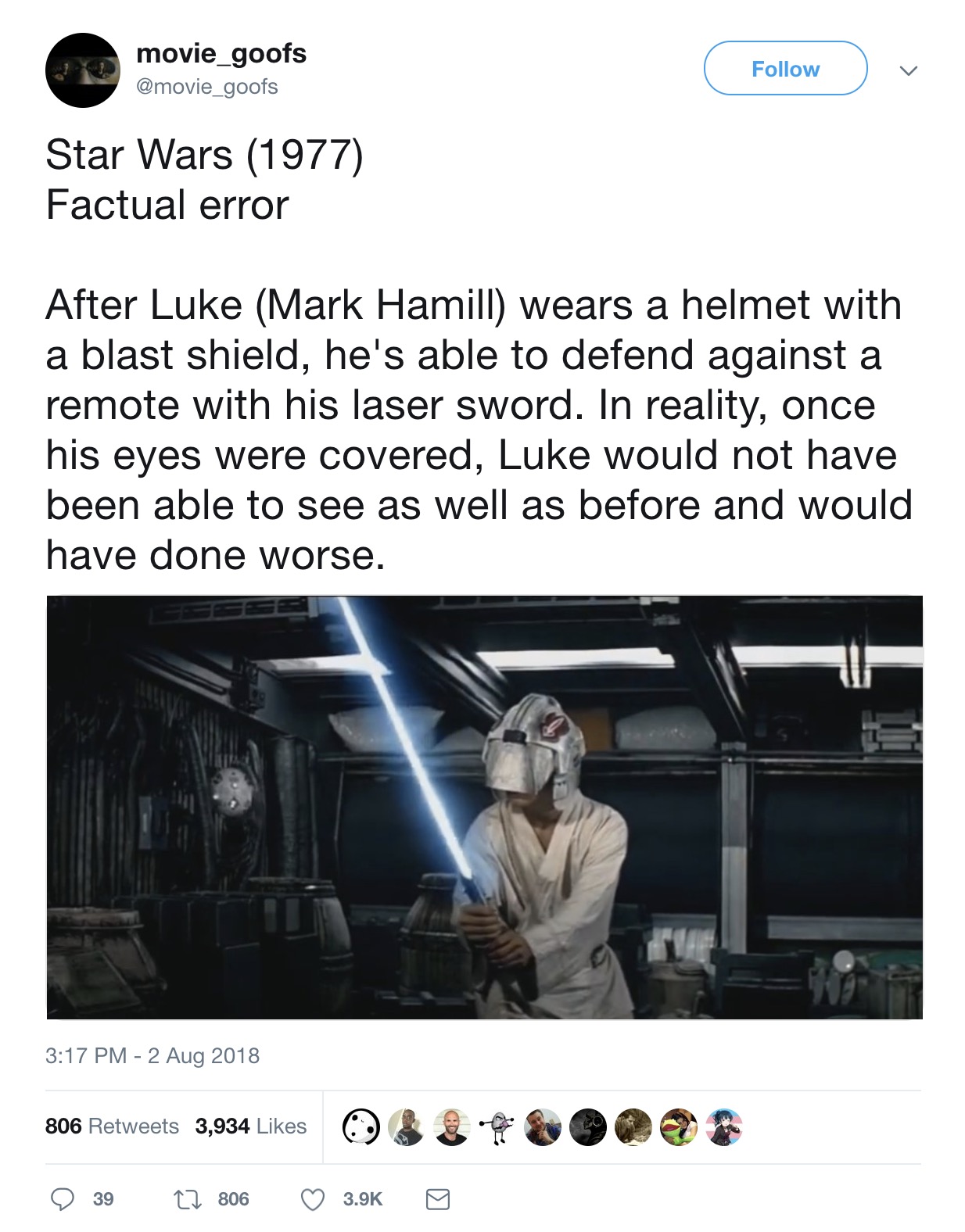 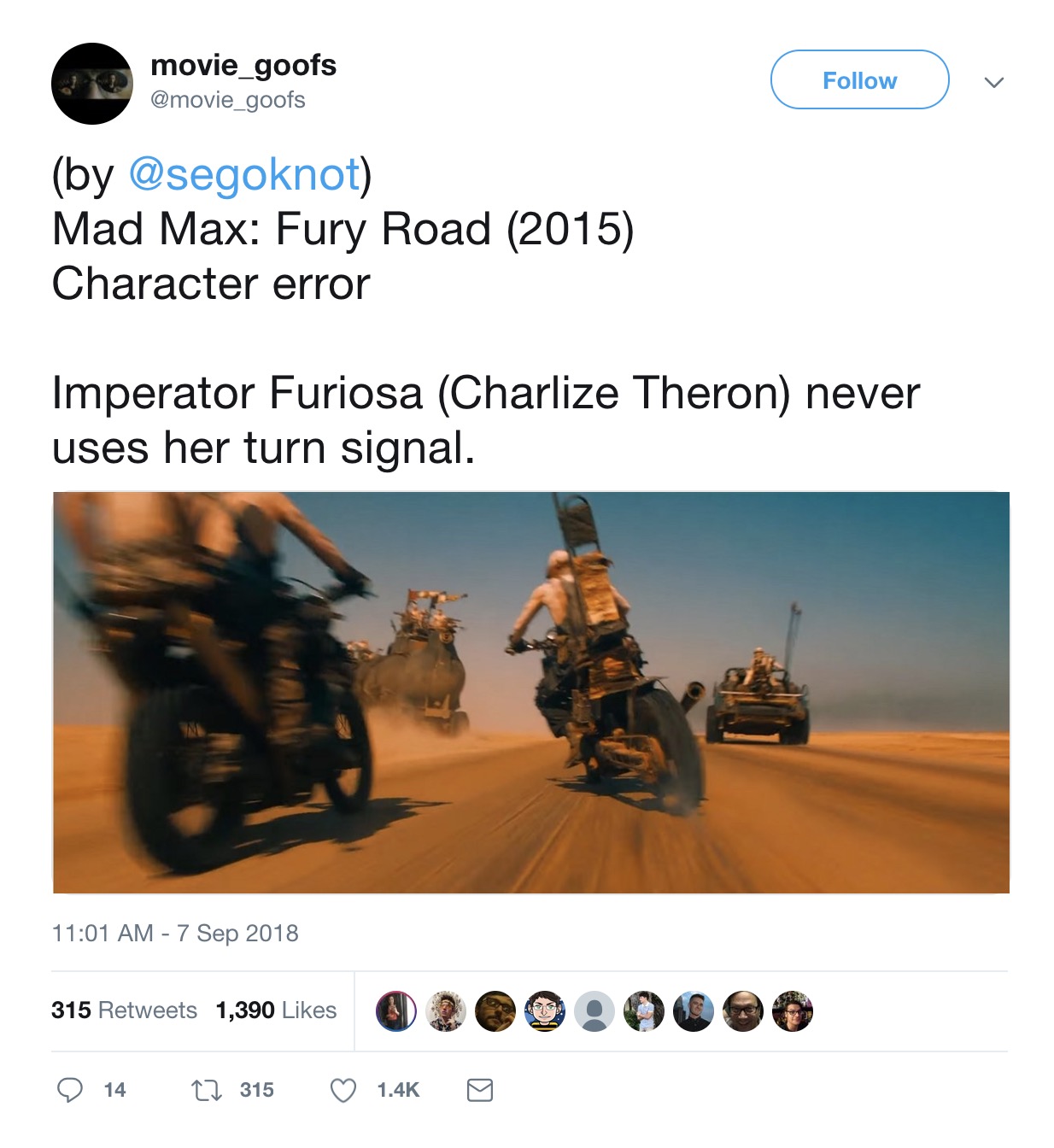 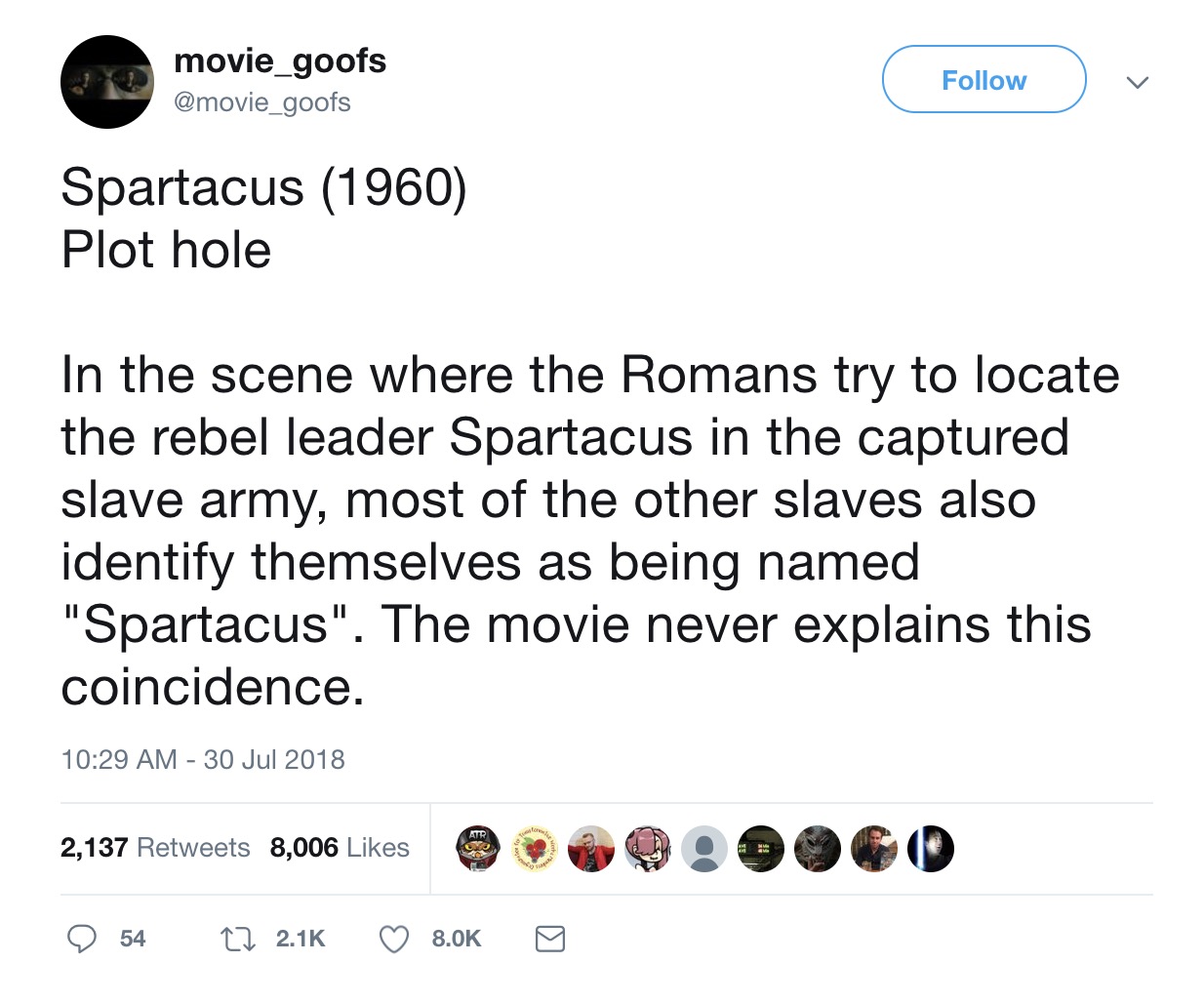 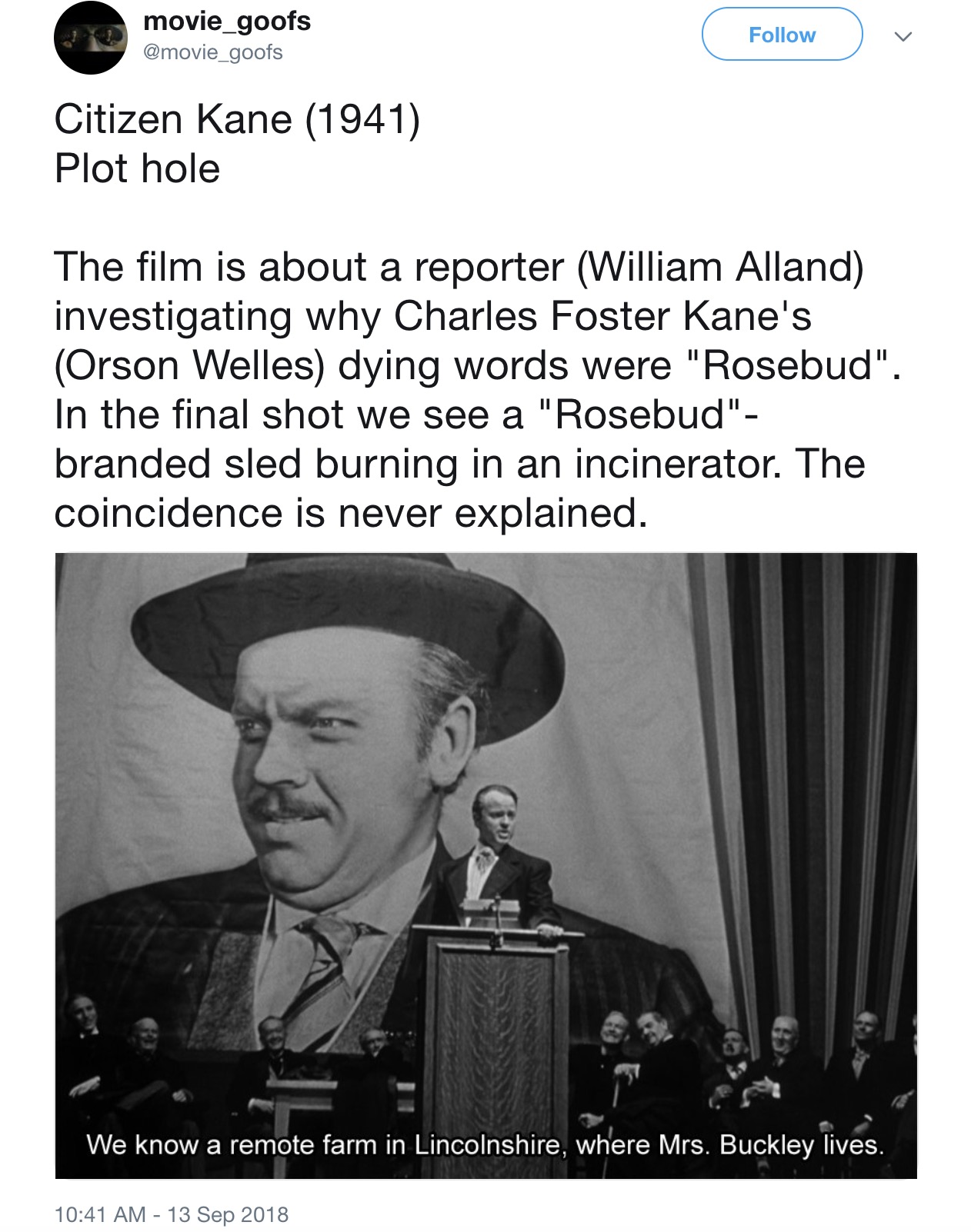 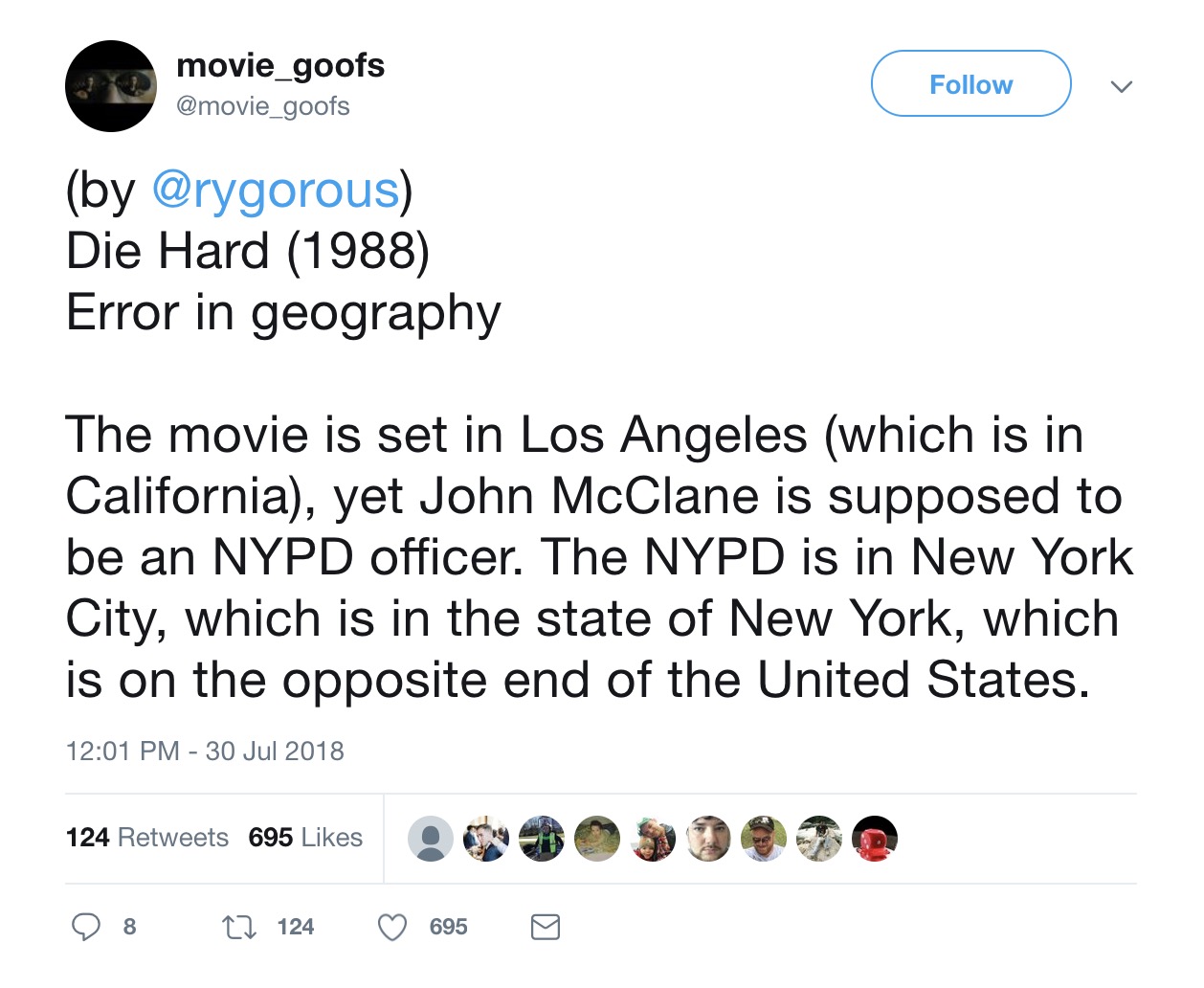 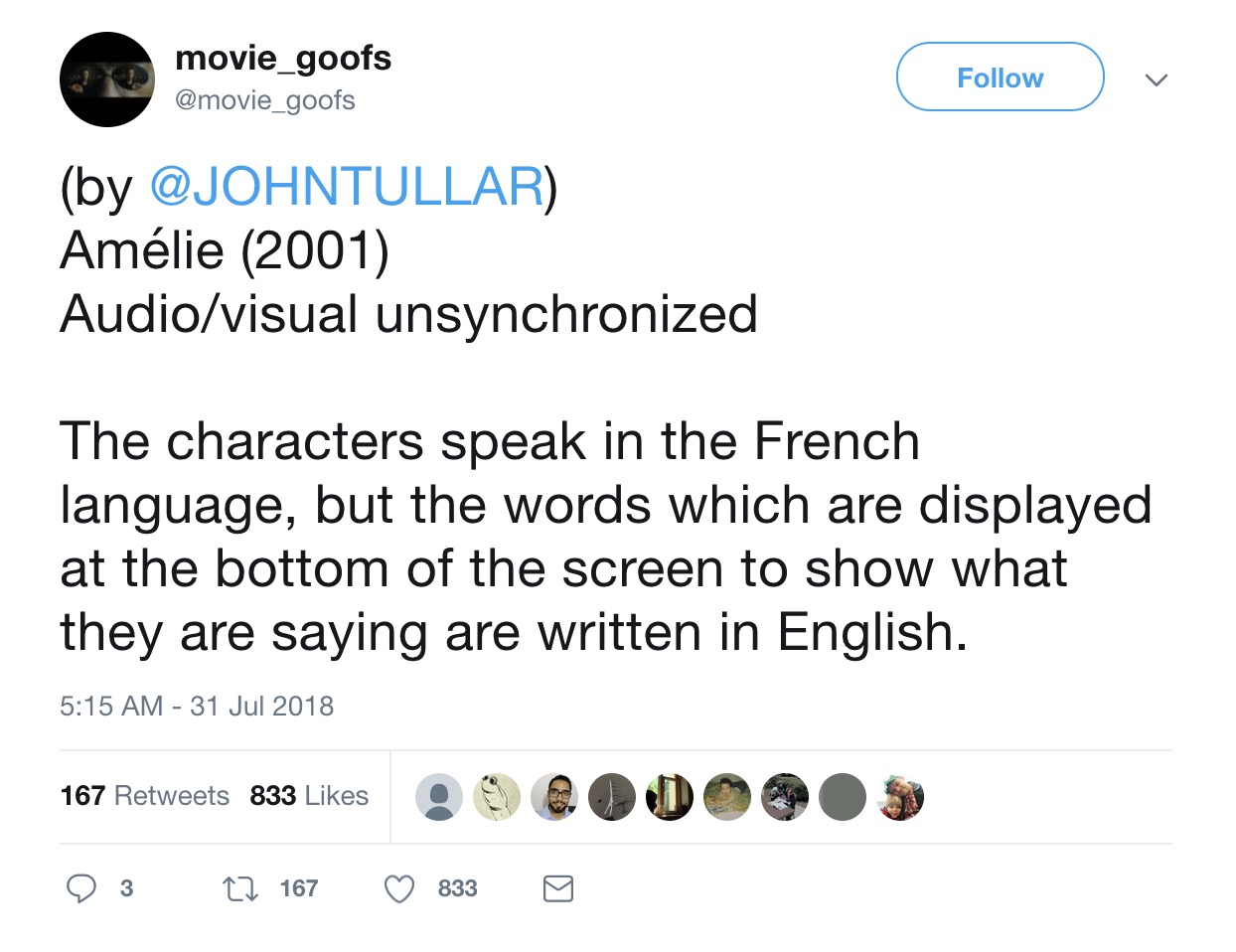 7. Back to the Future 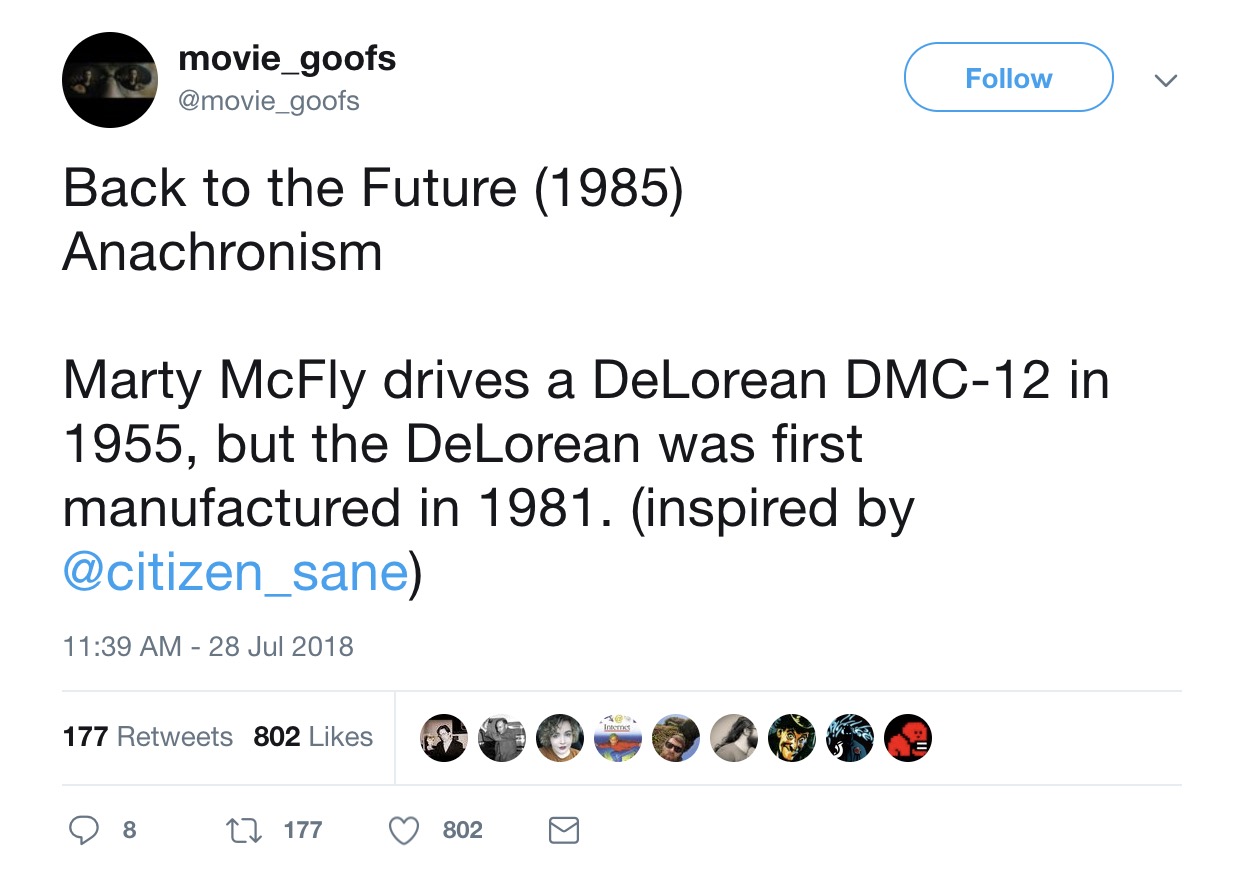 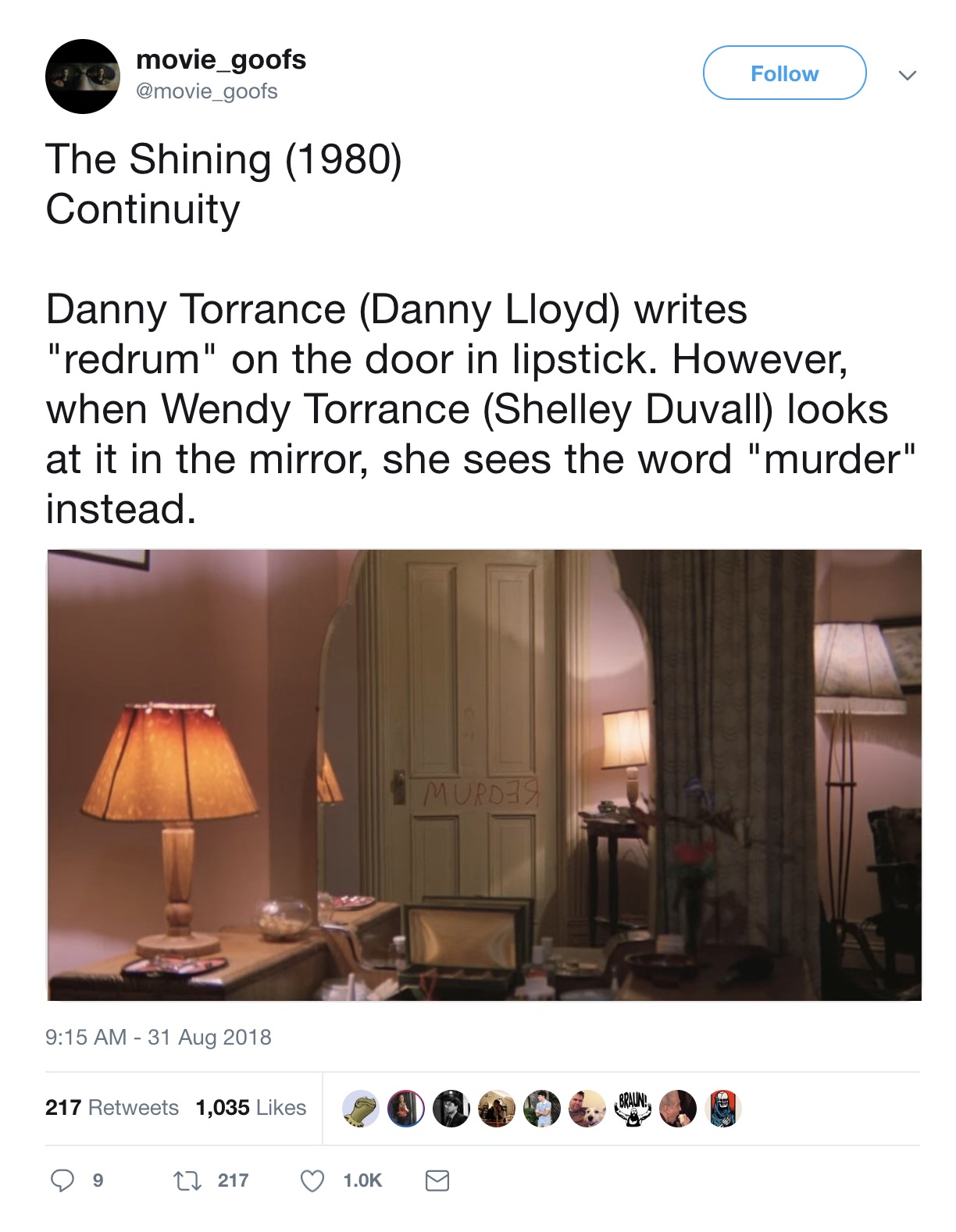 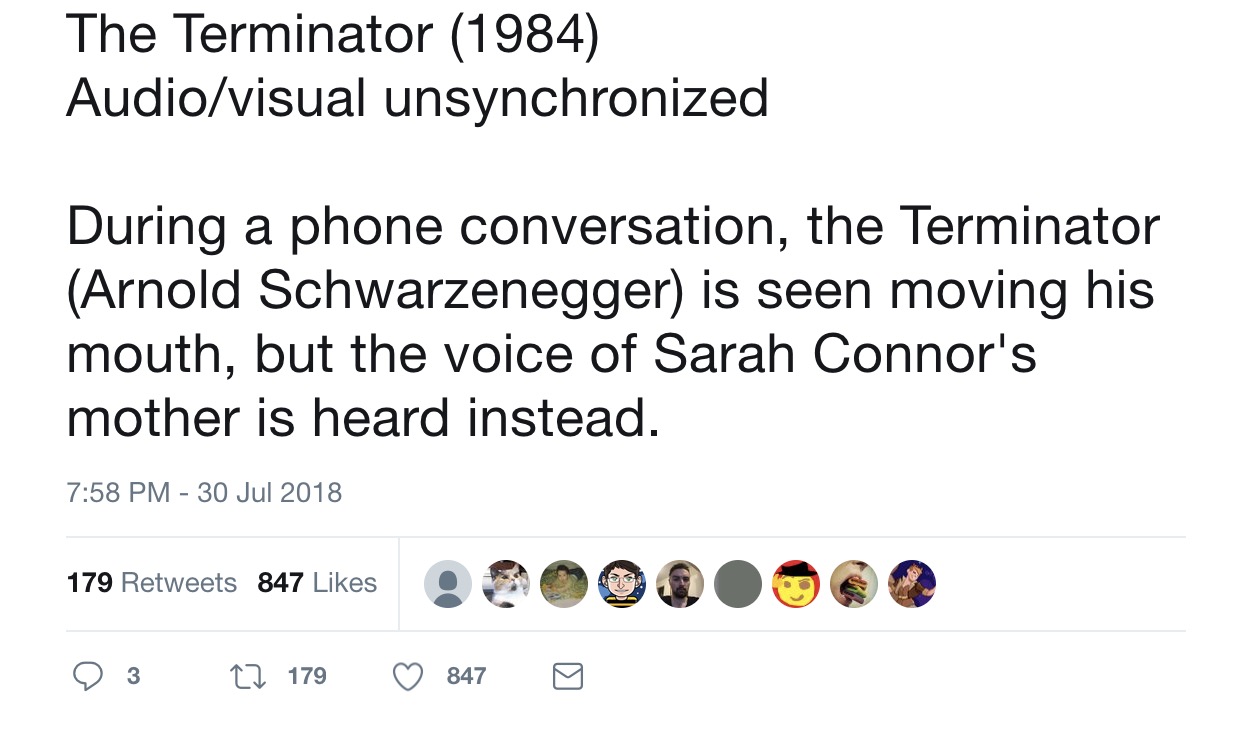 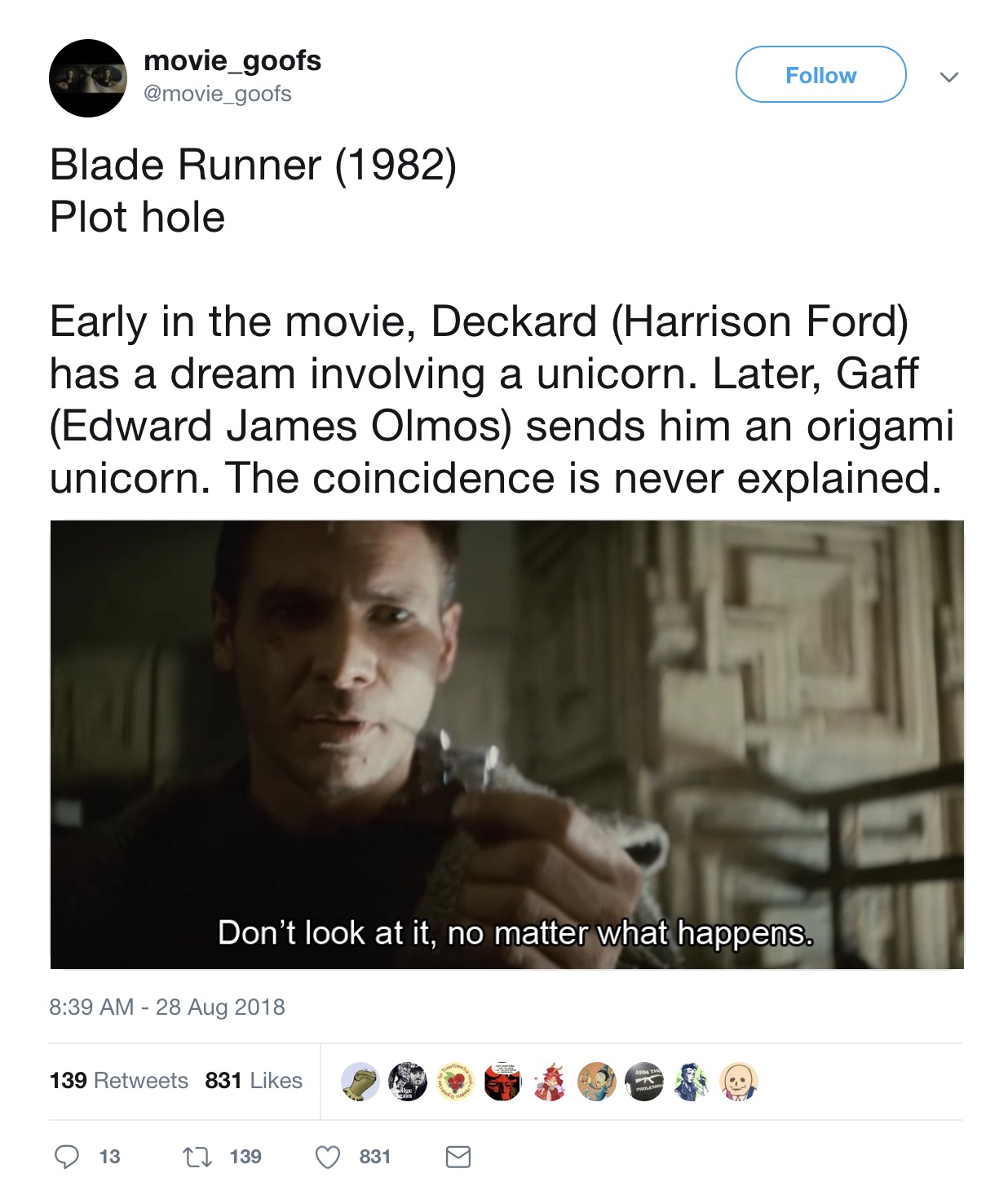 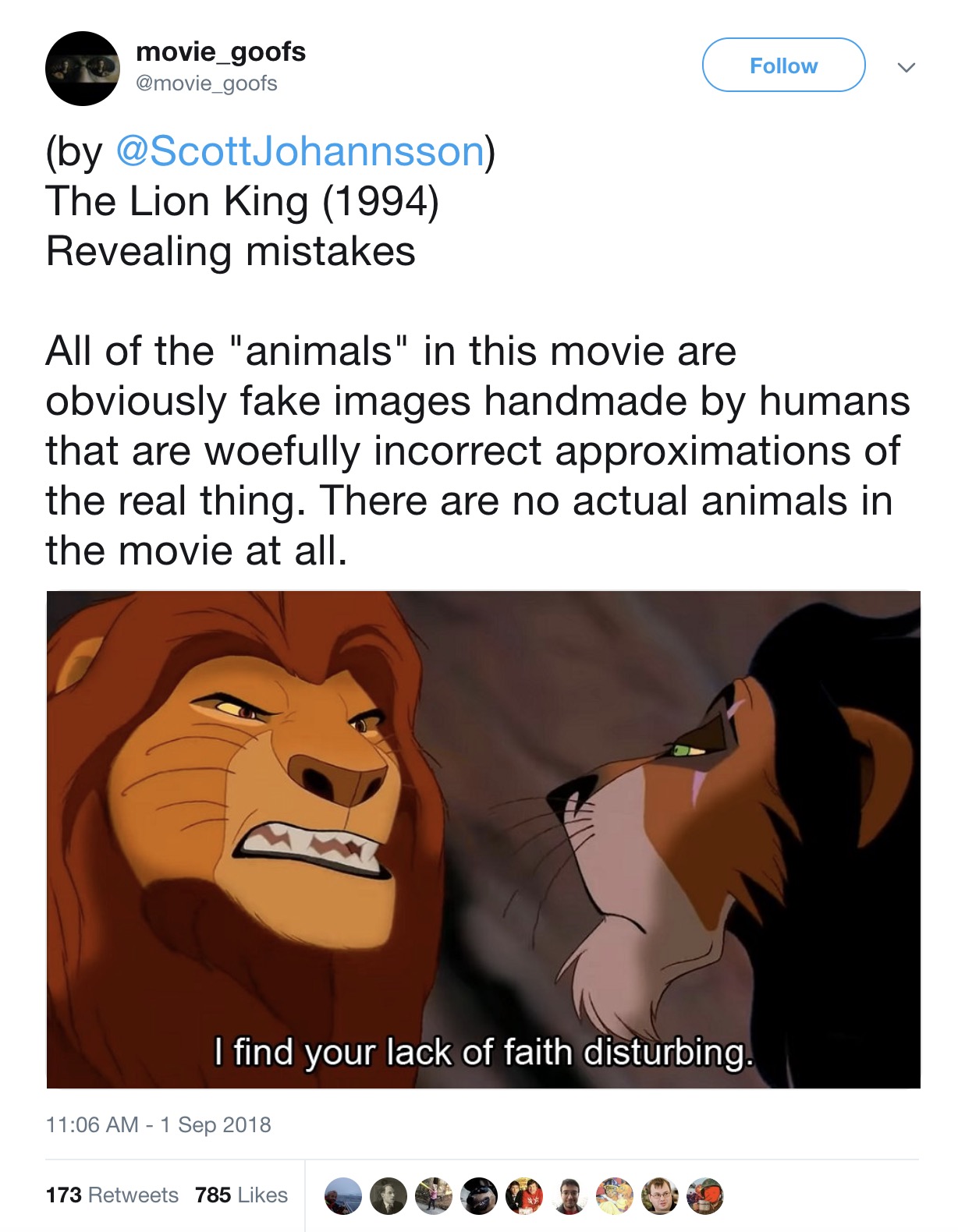 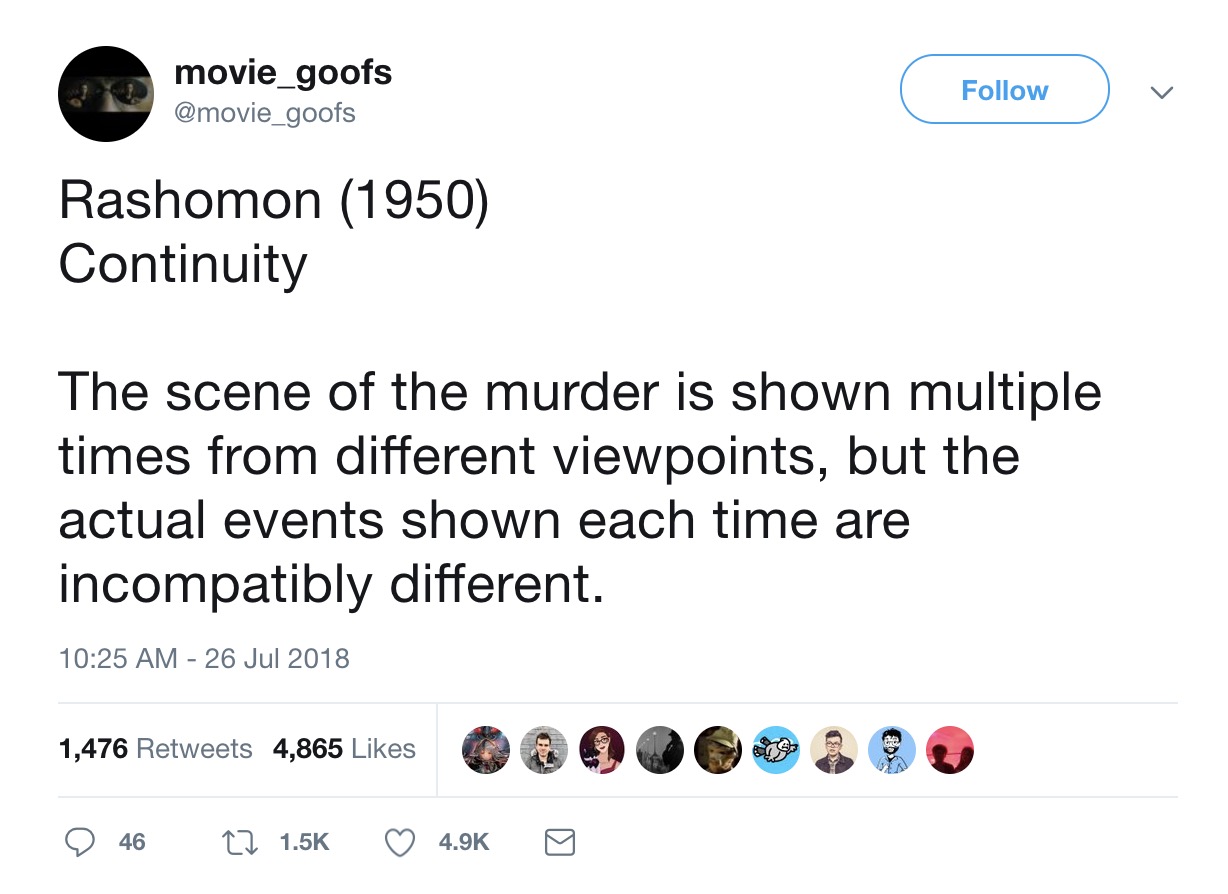 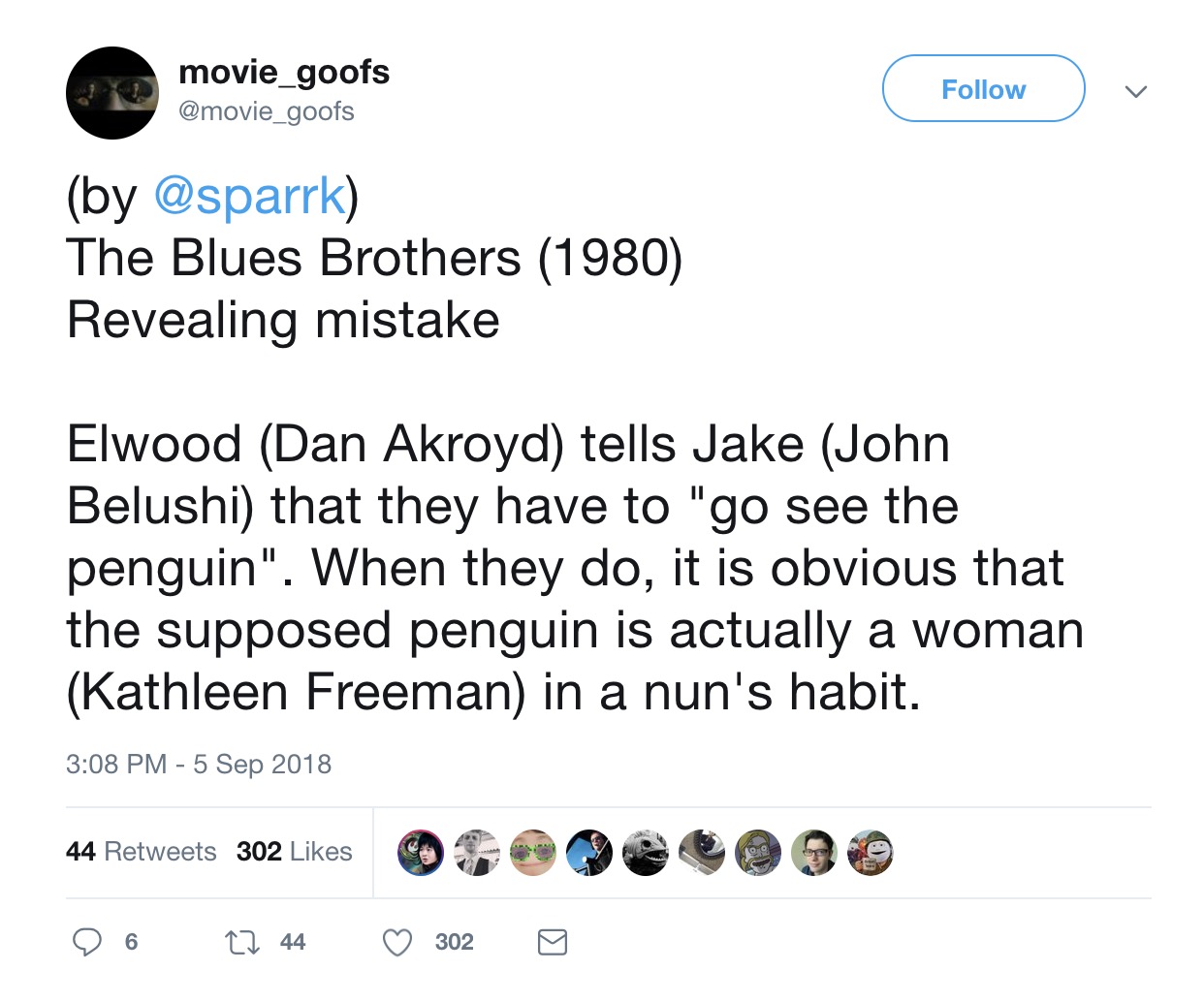 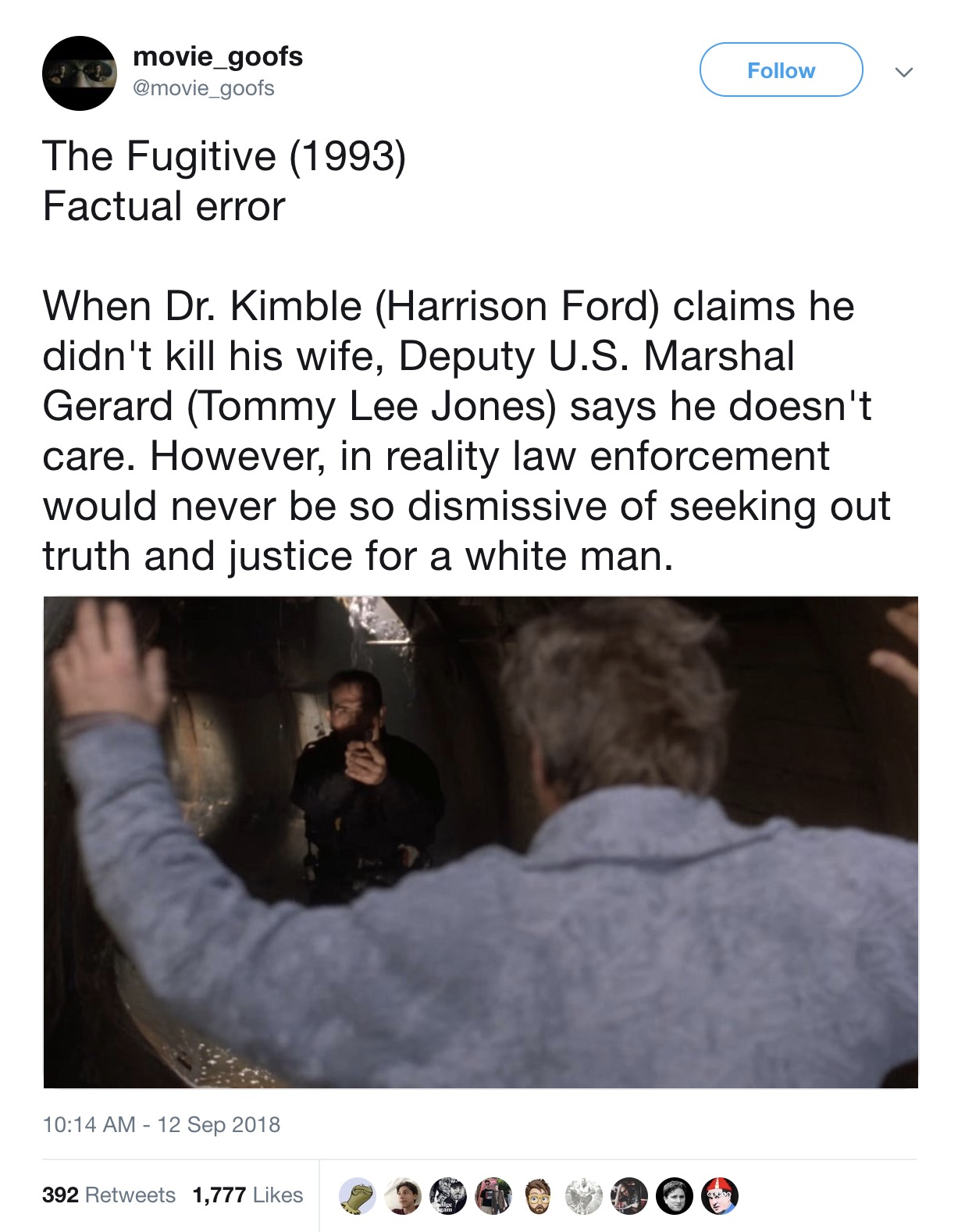 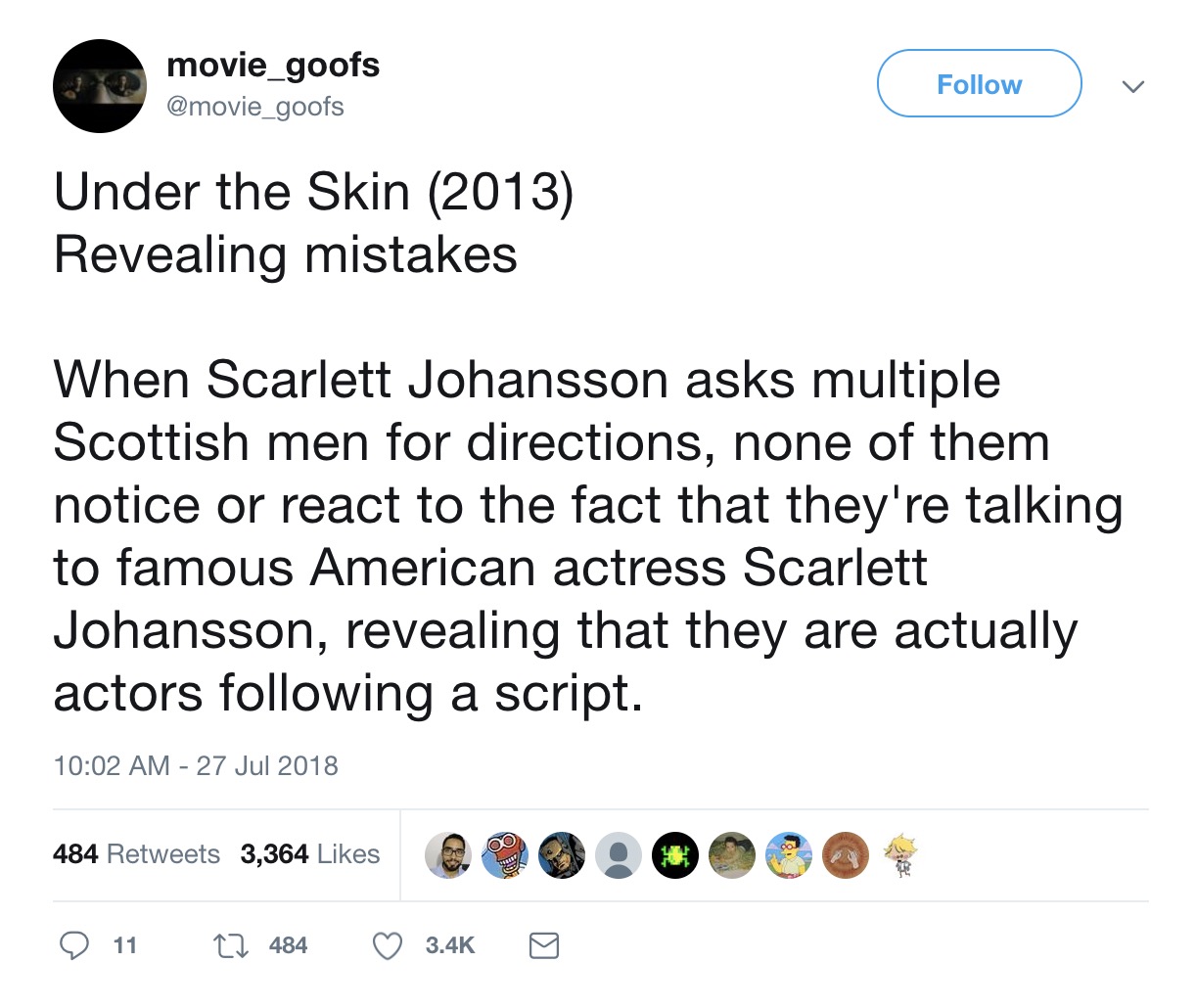