Back-to-school shopping lists have always included things like pencils, paper, notebooks, cool folders, Kleenex, and new backpacks and lunch boxes, among other things. And while kids today definitely still need those things for a successful school year, parents all over the country are reporting the need to consider something else on the shelves this fall – bulletproof gear. 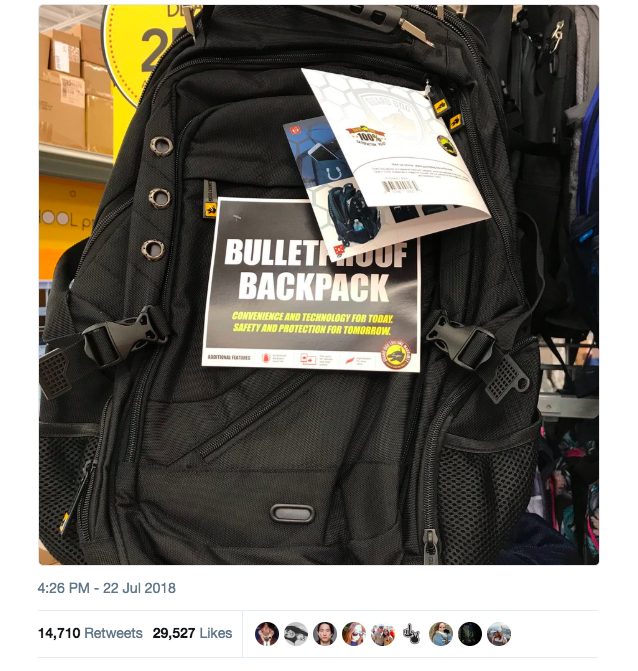 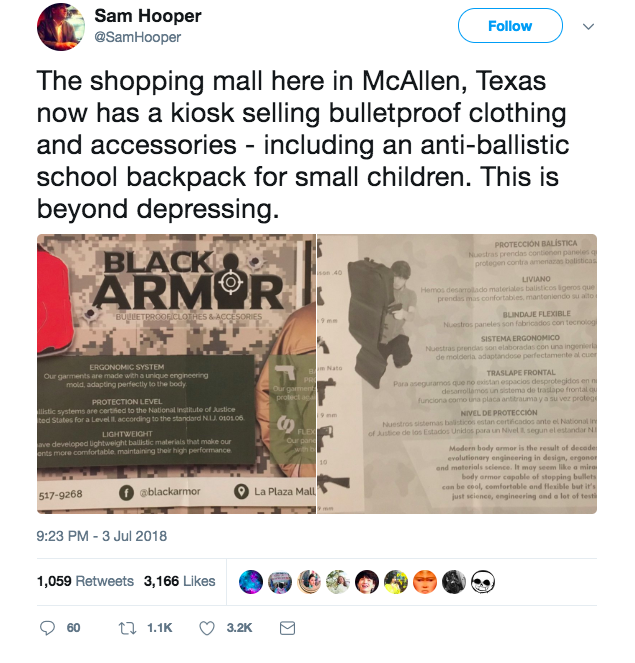 Or, if your kid wants something less military-inspired, you can buy an insert to put inside their Paw Patrol or Harry Potter gear. 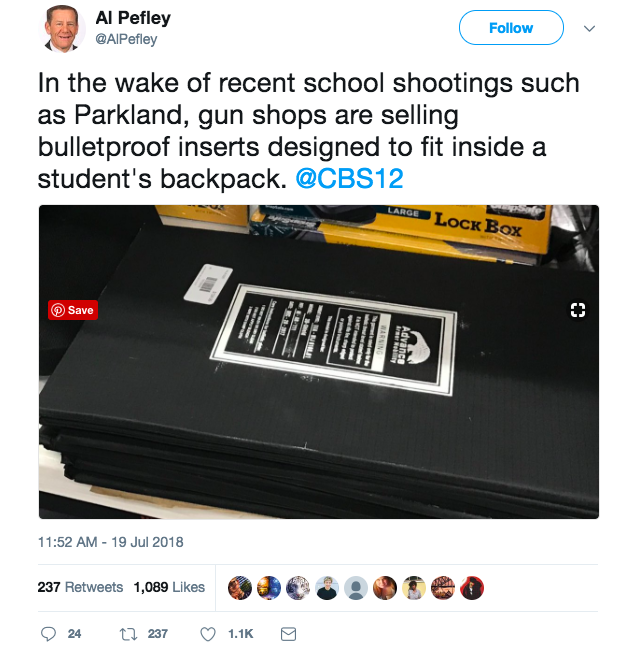 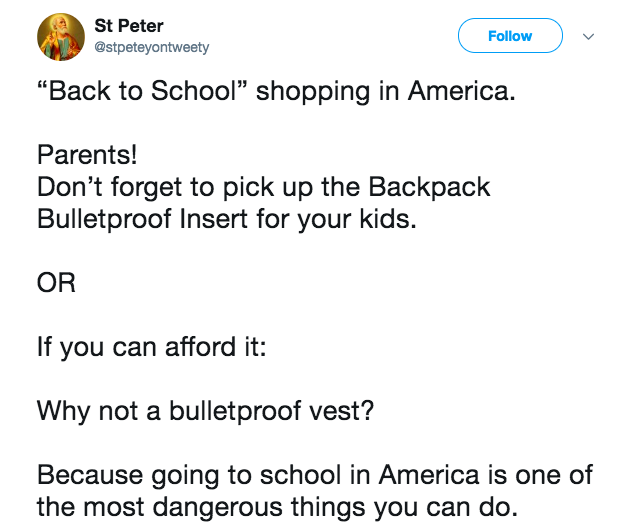 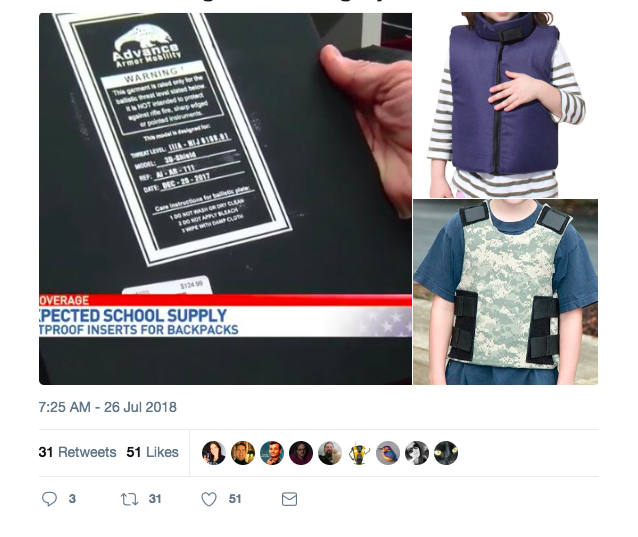 There are other accessories that claim to be bulletproof, as well, and manufacturers like Bullet Blocker and Guard Dog Security report anywhere from a 30%–150% increase in orders after the shooting at Marjory Stoneman Douglas High School earlier this year.

If you’re one of the reported 1 in 3 parents who worry about your child’s safety from gun violence at school, though, take heed: experts warn that the bulletproof shields aren’t necessarily rated to withstand a shot from assault weapons and rifles like the ones often used in school shooting events, and other safety consultants have gone on the record saying they don’t cover enough area and/or won’t be readily accessible enough to be effective.

The more you know.

And may the odds be ever in your favor.