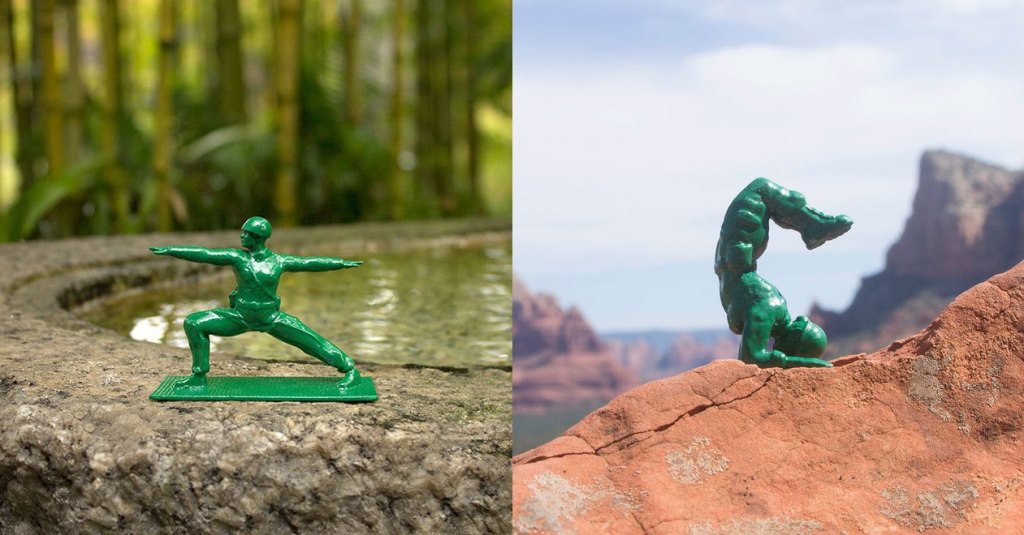 At first glance, a military-themed toy and a spiritual, peaceful stretching disciple don’t have much in common, and that’s the point of this project by art director Dan Abramson. It’s called “Yoga Joes,” and it reimagines the classic Green Army Men as yoga enthusiasts.

Abramson is himself a yoga fanatic. Yoga practitioners aren’t traditionally seen as “manly,” and for years Abramson has been trying to change that. Previously, he created the humorous “Brogamats” to encourage guys to give yoga a try.

Yoga Joes originally started as a joke, but Abramson realized he could actually manufacture Yoga Joes. When he did, he was surprised to learn that many military members loved them. “I started getting really heartfelt messages,” he told Uncommon Goods. “I didn’t have any idea that there was such a huge community of people doing yoga in the military.”

Since then, Abramson has been spreading the message to service members and veterans around the country that yoga is beneficial. Here are the Yoga Joes in all their green plastic glory. 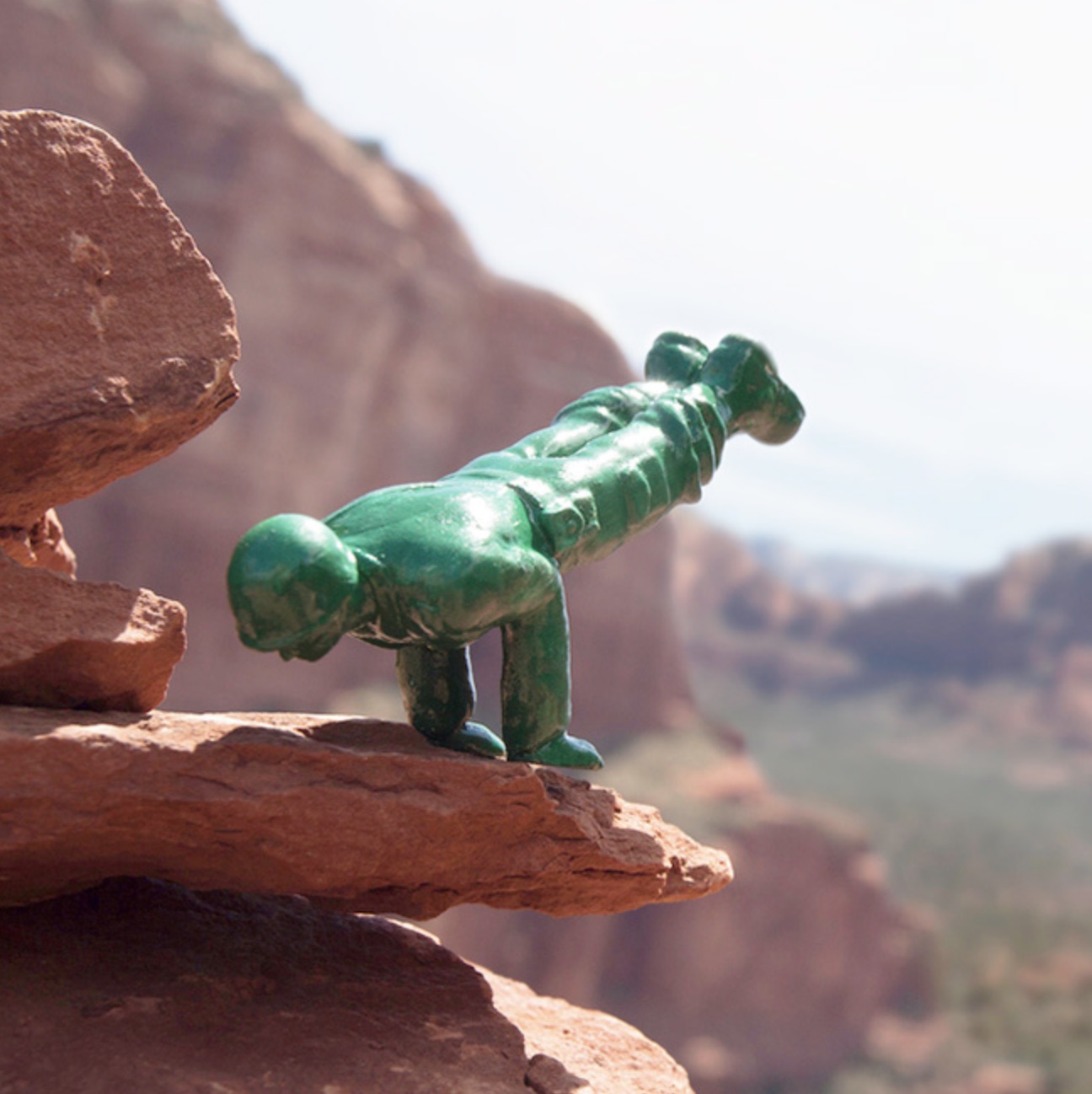 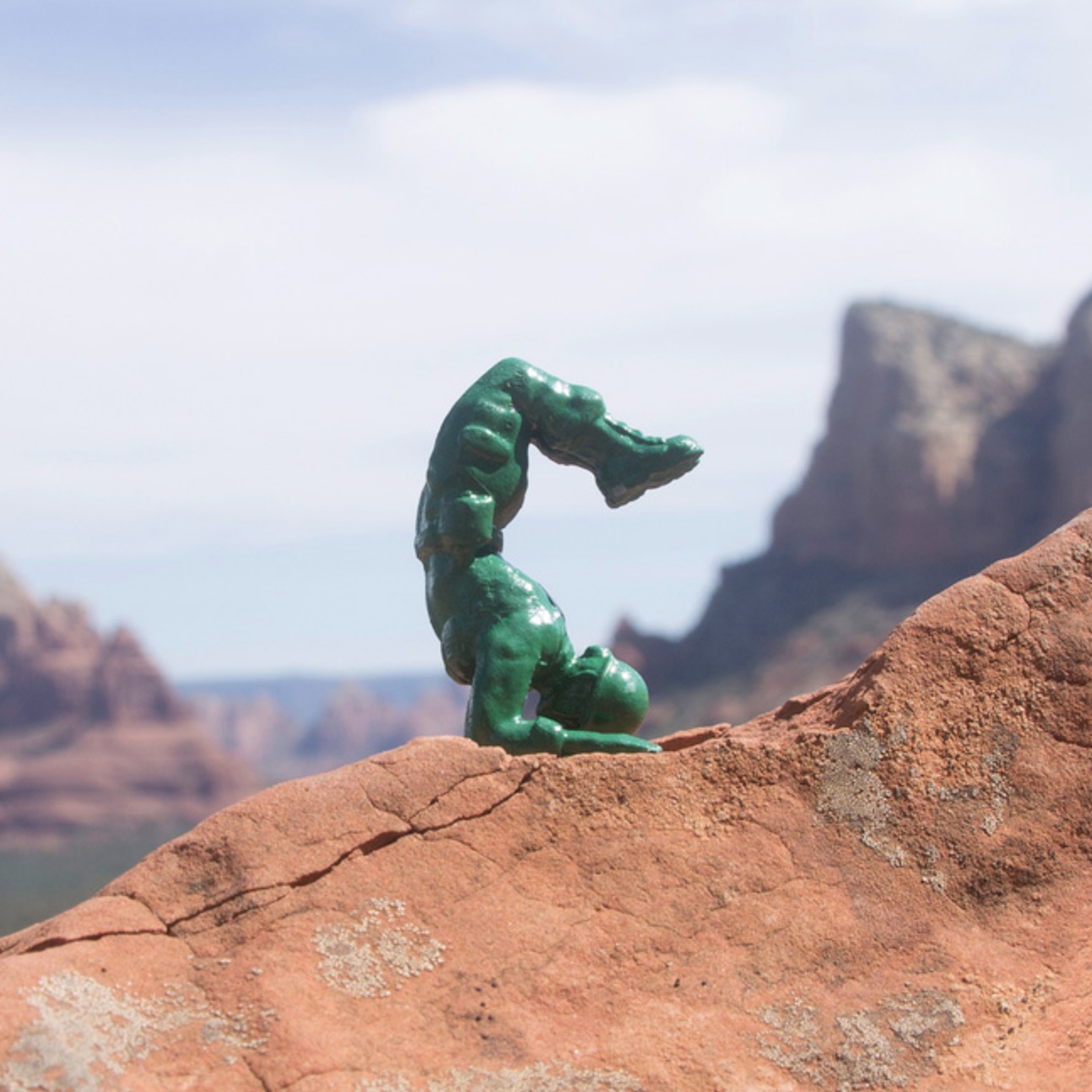 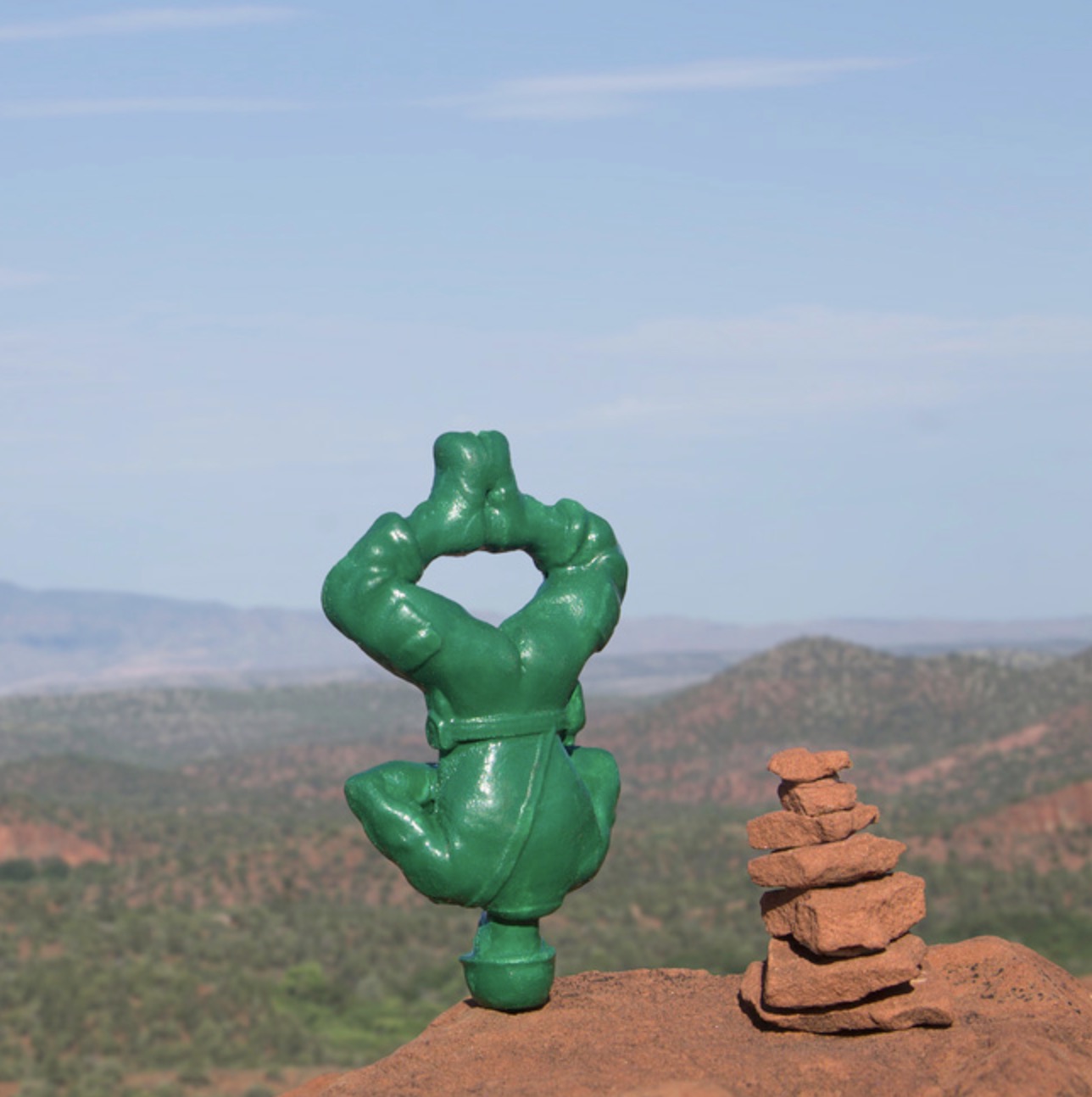 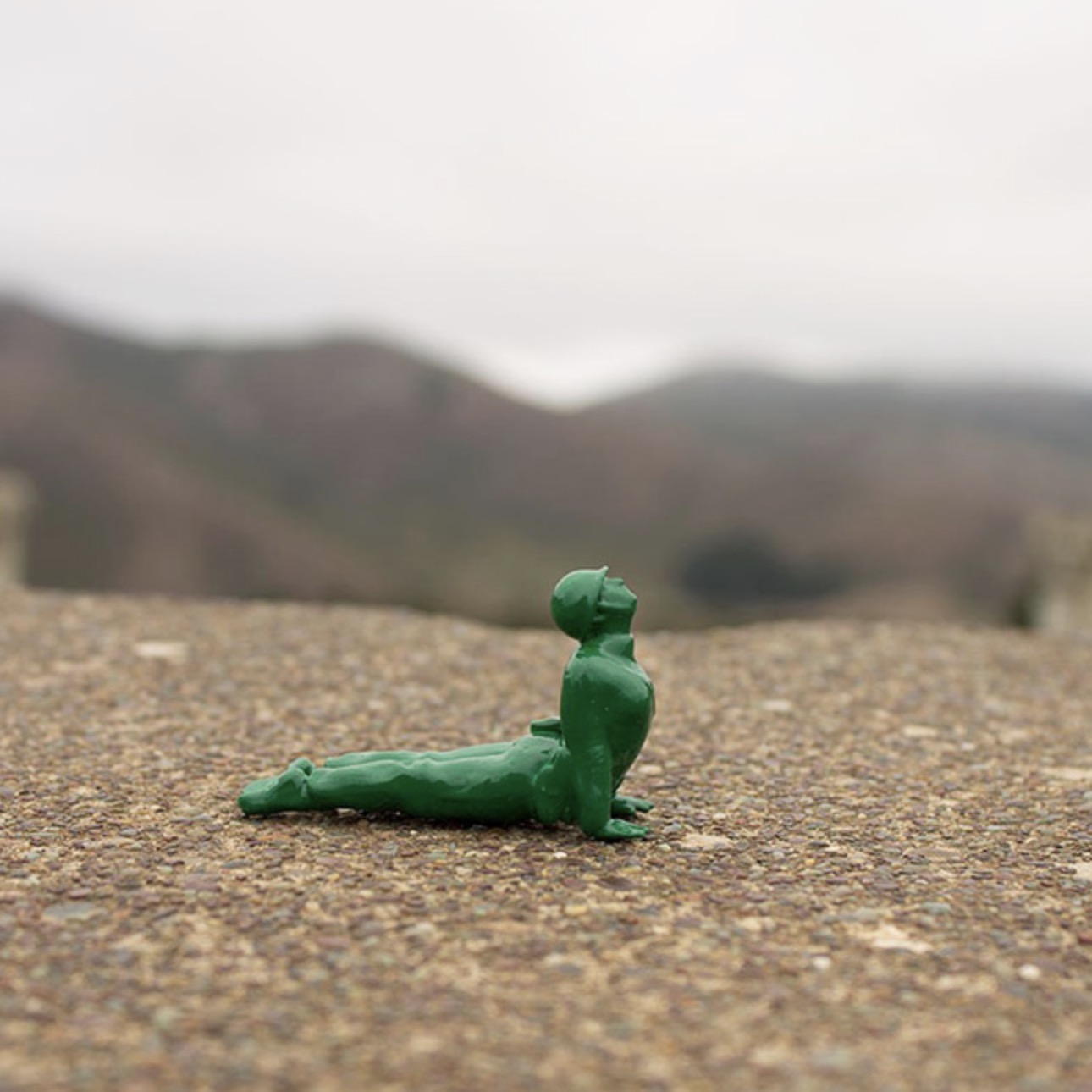 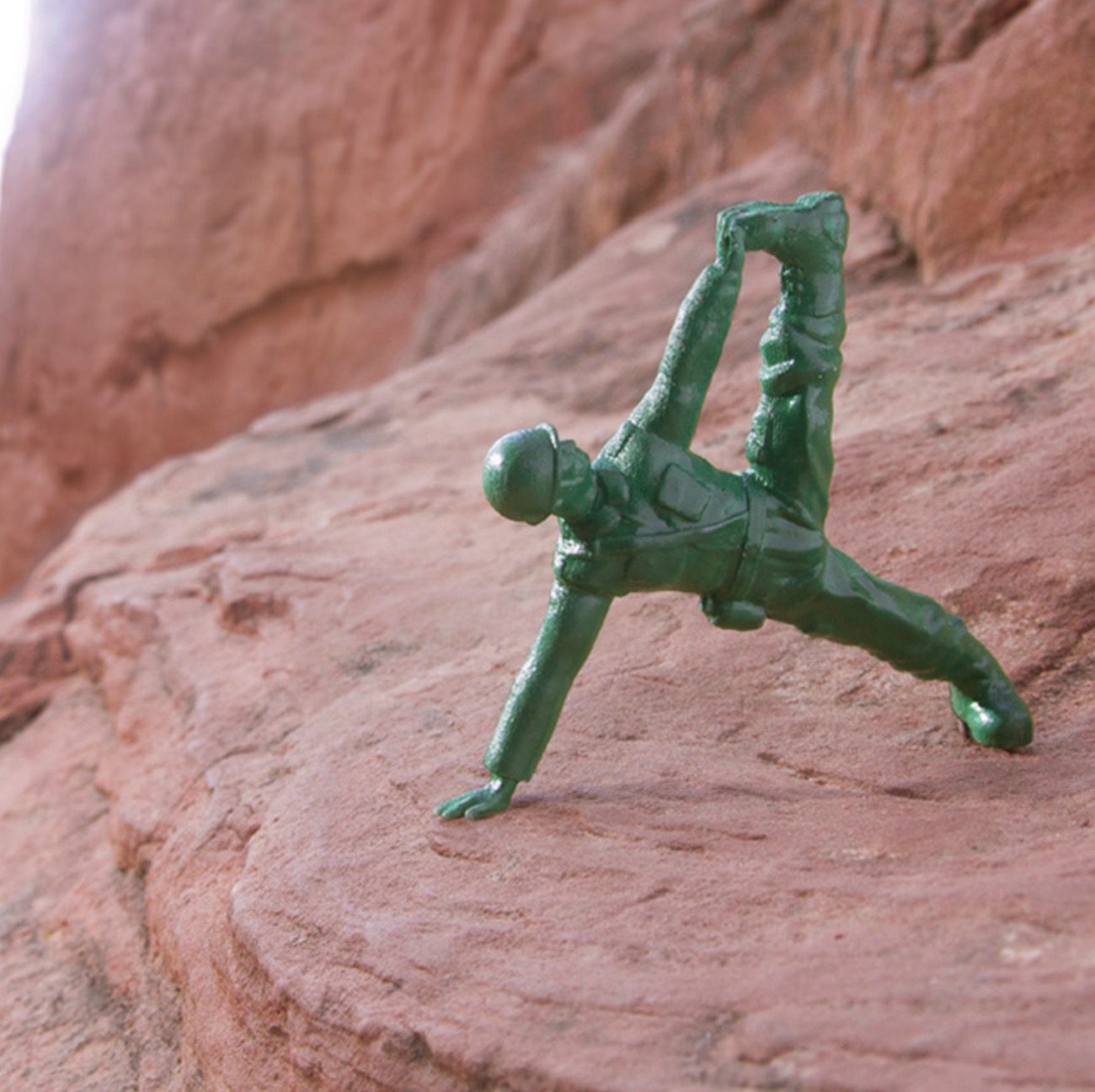 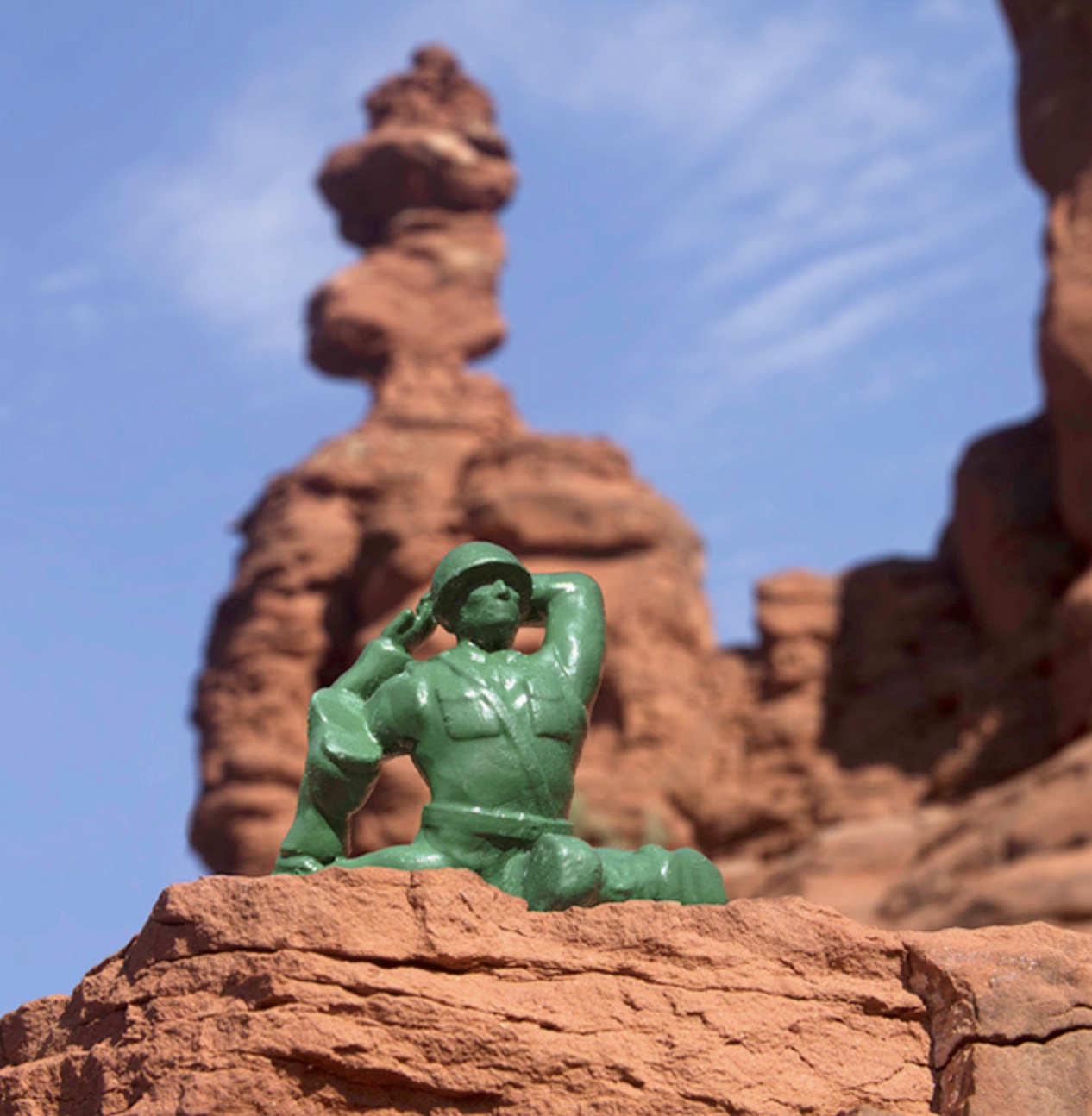 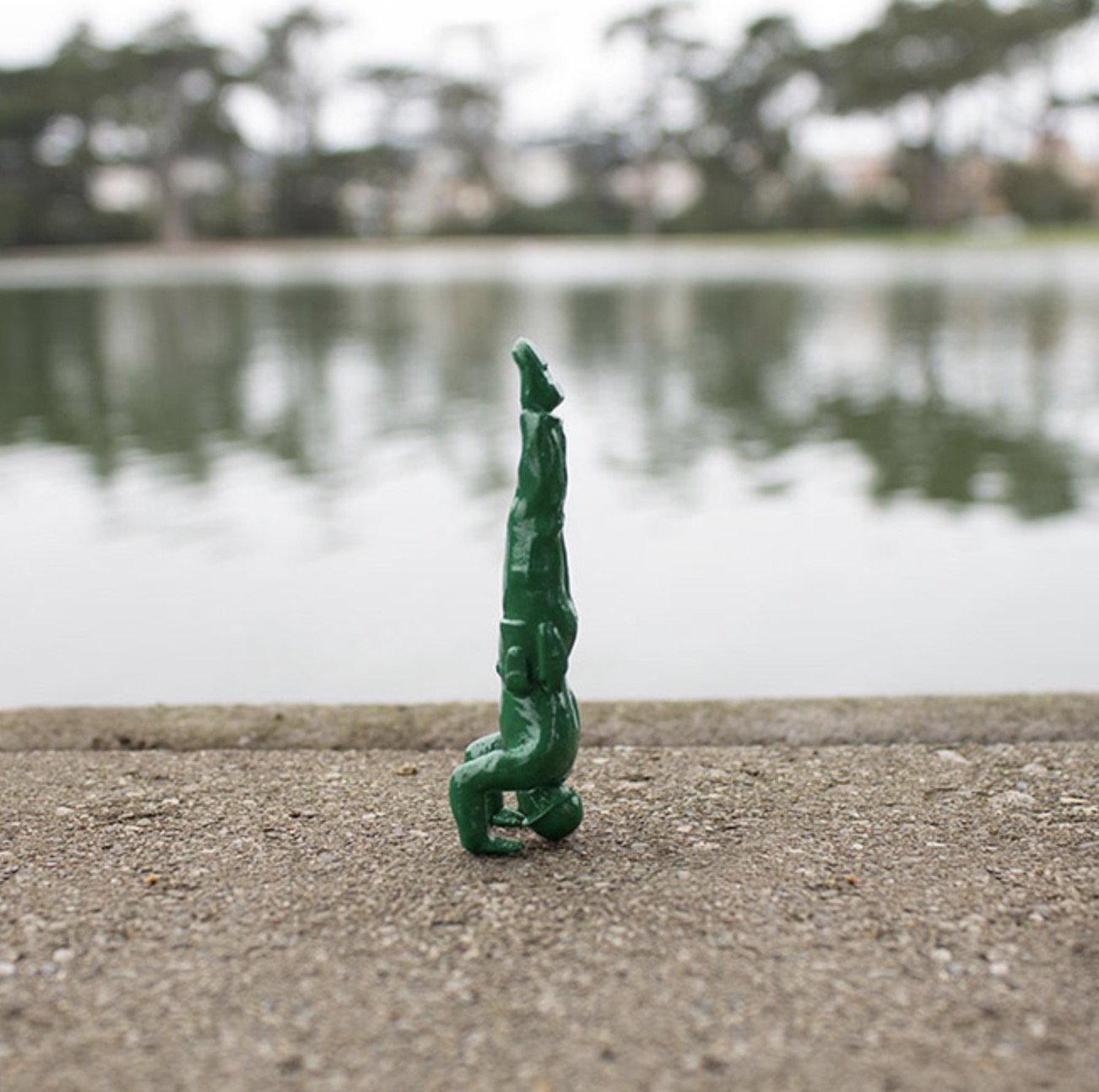 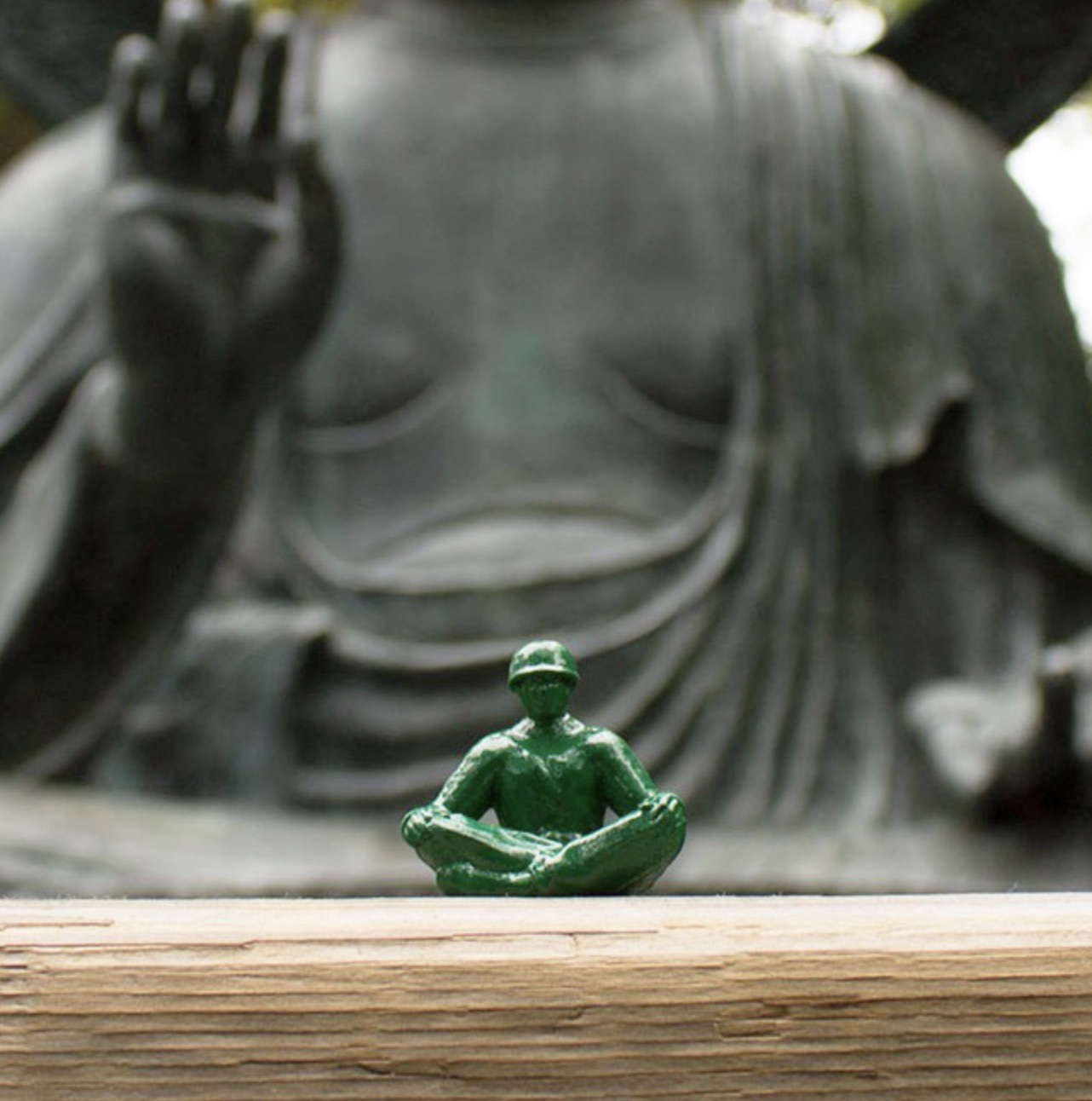 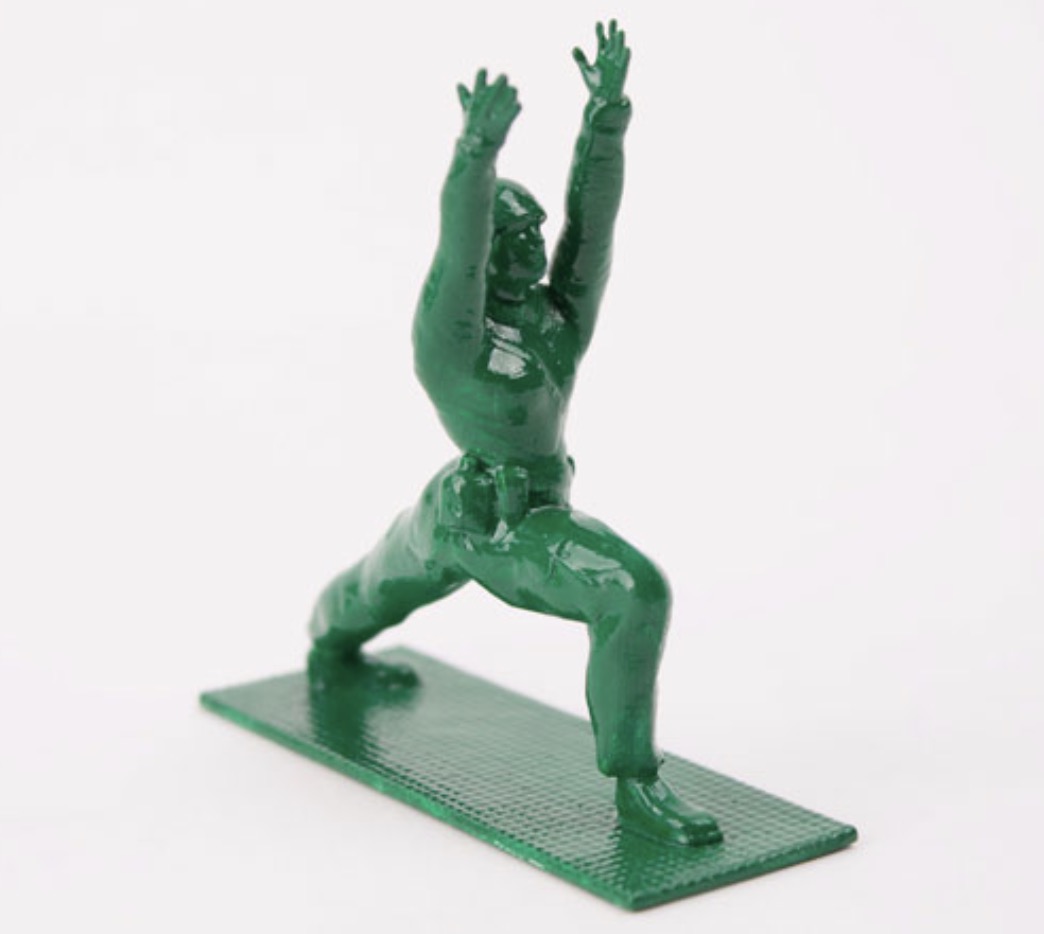 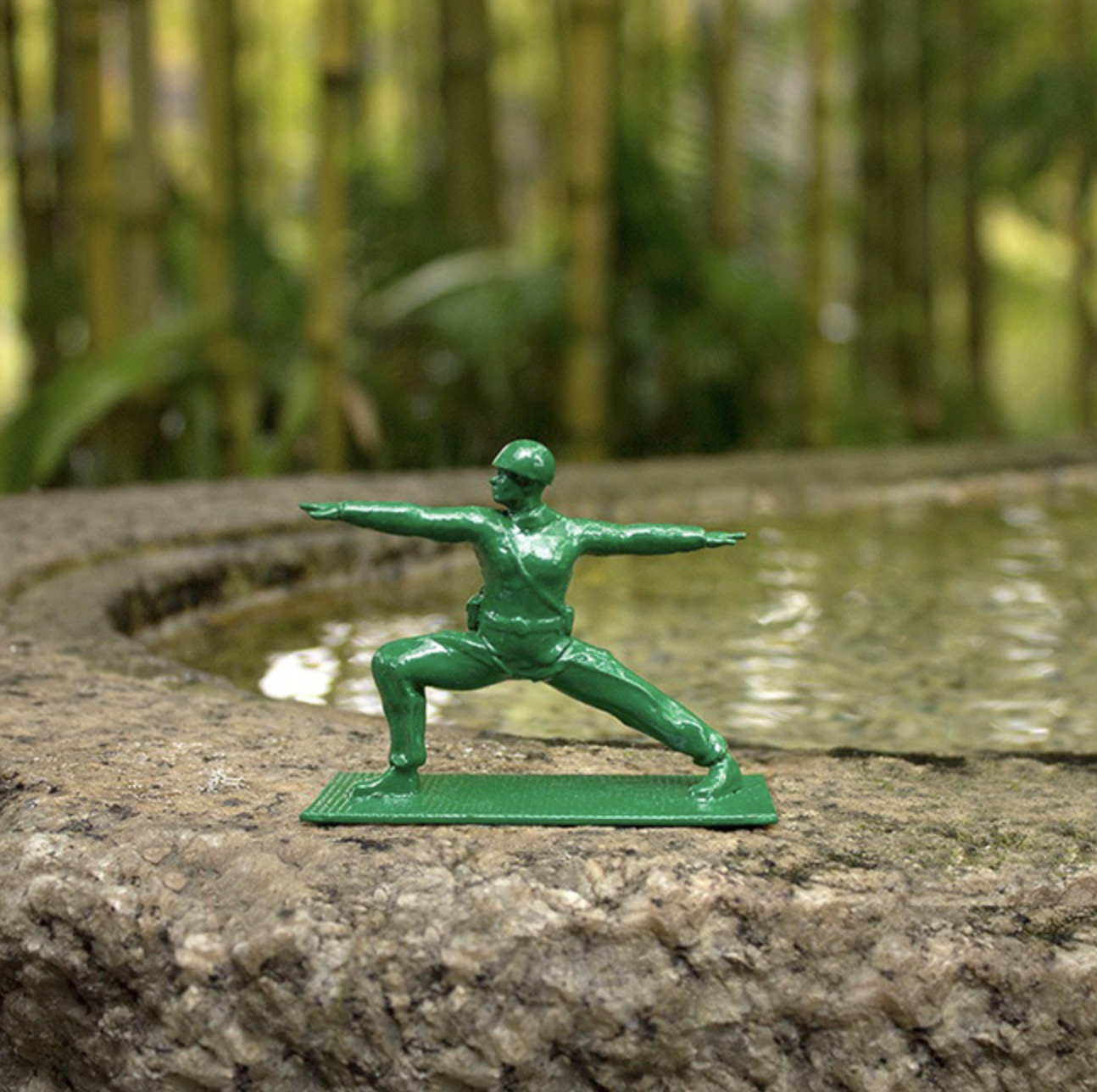 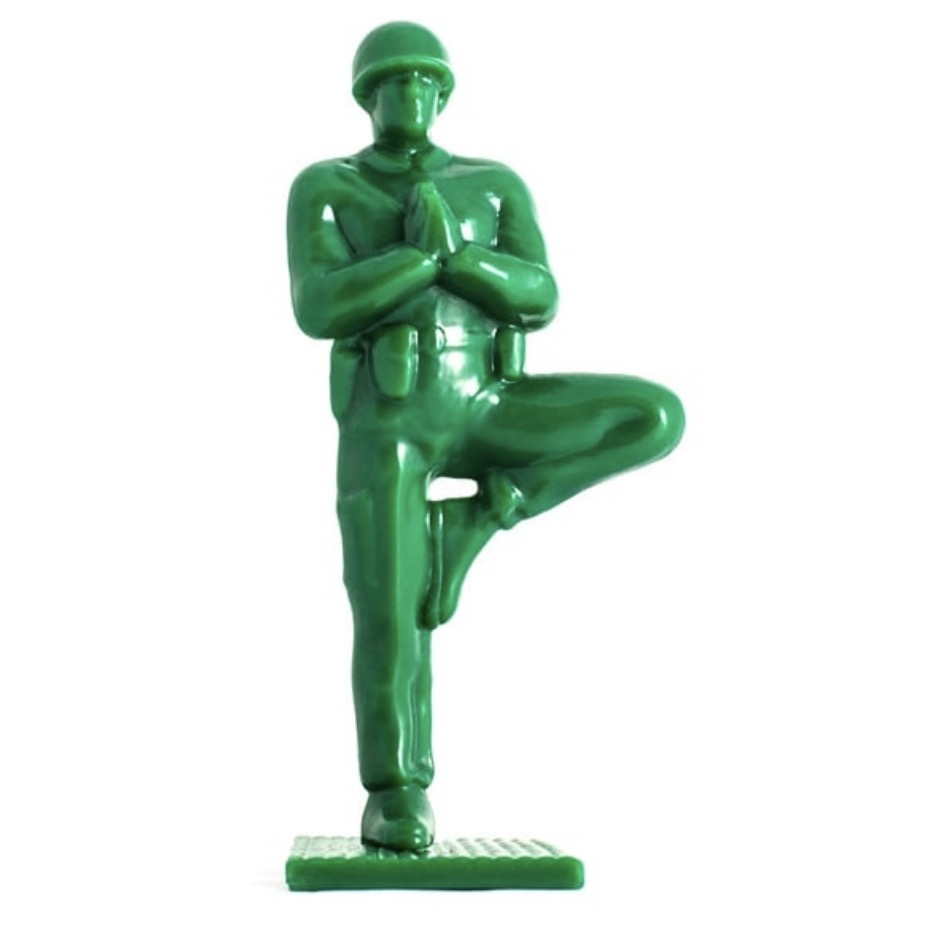 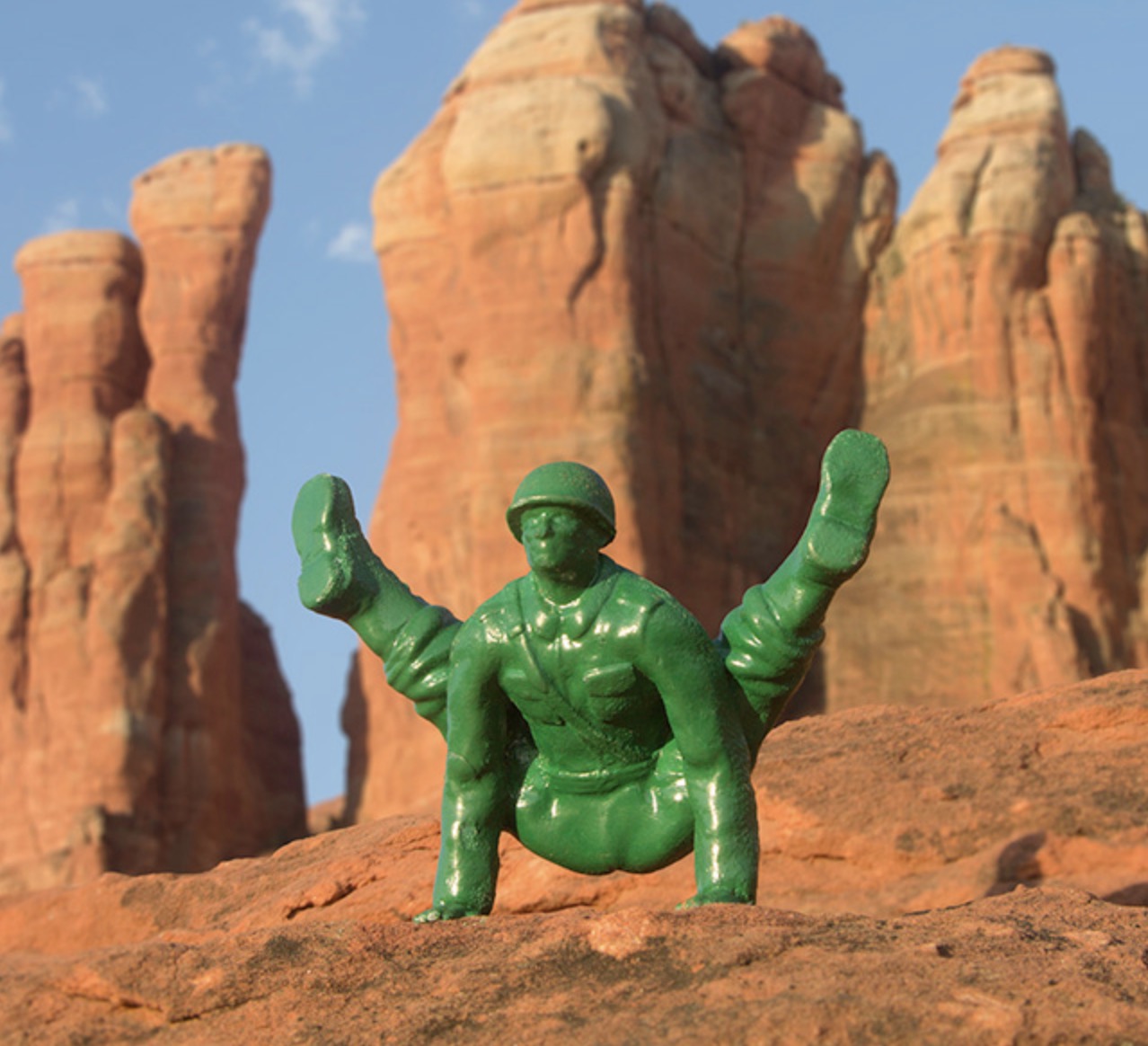 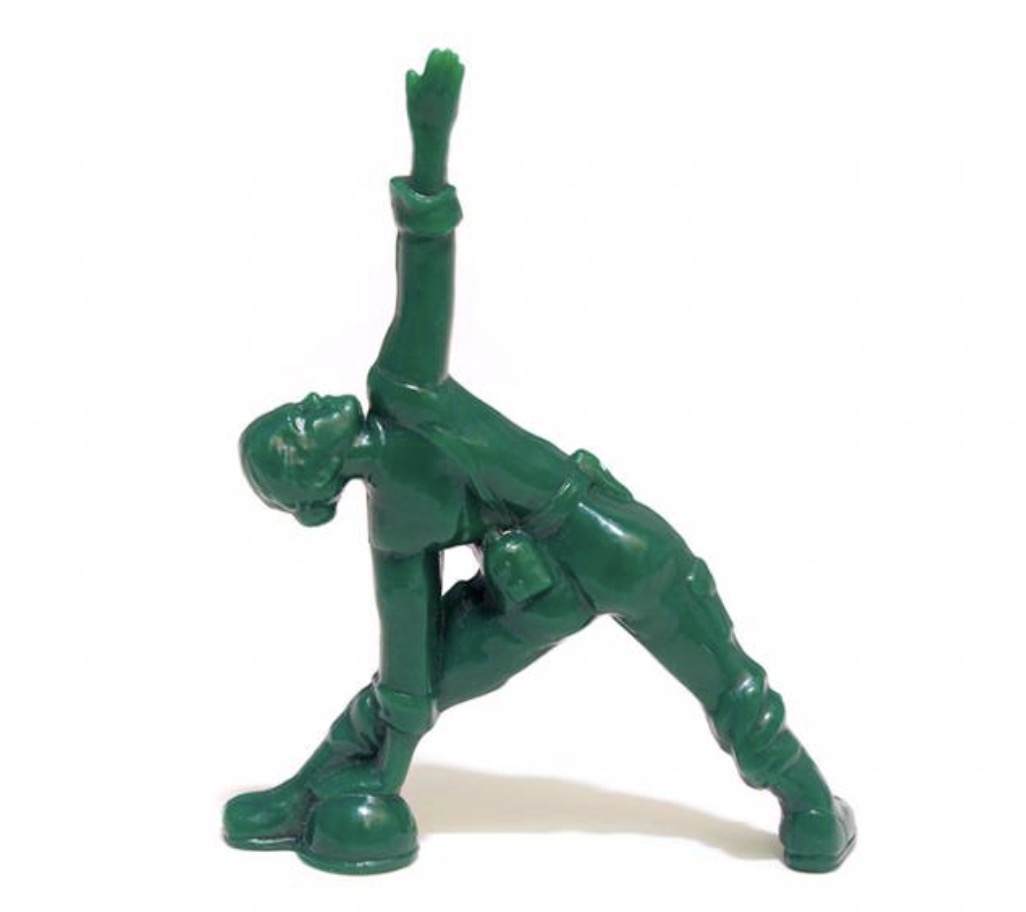 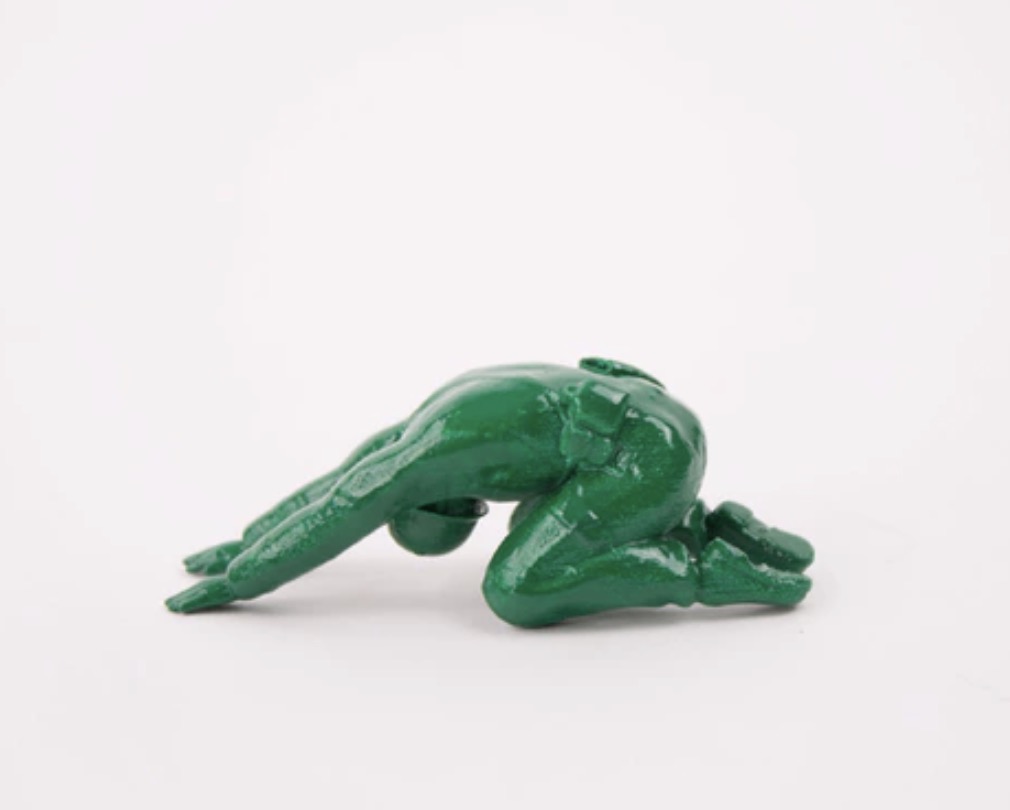