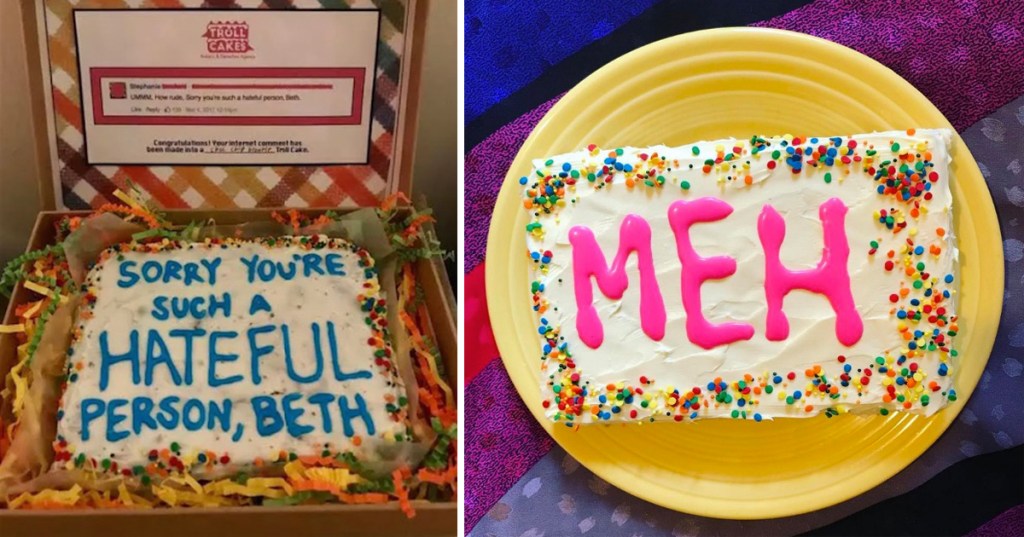 This Bakery Will Send A Cake To Your Haters

As we all know, the Internet is a machine that Al Gore built in order to streamline the process of being mean to strangers anonymously. And so far, the Internet’s performed exceptionally well. Pretty much everywhere you go online, chances are you’ll meet a troll who wants to get a reaction out of people. Usually the best thing to do is ignore them, but a Brooklyn-based baker has come up with a new troll-handling tactic: sending them a cake with their own troll-y comments on it.

Kat Thek is a copywriter and the owner of Troll Cakes, the appropriately named NYC bakery that lets you send a chocolate chip brownie-flavored cake to your Internet troll, with their words in icing. It’s the “kill them with kindness” approach, with the hope that a mean message presented in bright, cheerful icing might lead a troll to rethink their ways.

It only costs $35 to send a troll a cake, if you know the troll’s address. If you don’t, Thek will track down the troll for you and send a cake for $60. That’s service.

As Thek told CNN, she was inspired to start Troll Cakes when she saw a comment on Dolly Parton’s Facebook page that said “Your momma be so disappointed.” Shocked that someone would be so mean to the Queen of Country of all people, Thek put the words on a cake mailed it to the troll in question.

Below you can check out the best Troll Cakes Thek has made so far, and if you want to send a troll a cake, just head over to the website.

1. Origin: a comment left on a photo of Lady Gaga wearing a Starbucks barista apron. 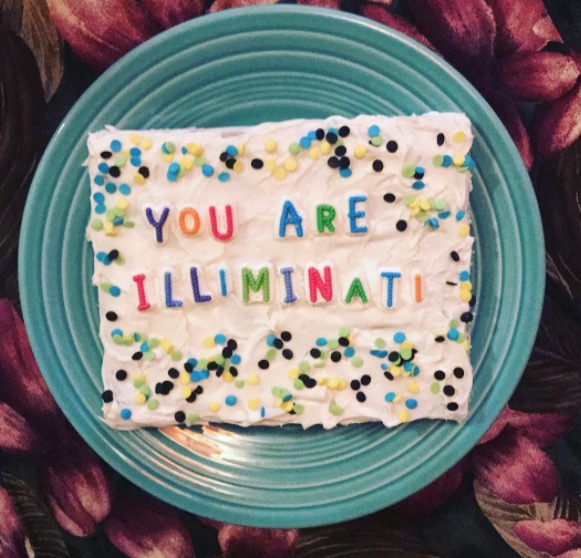 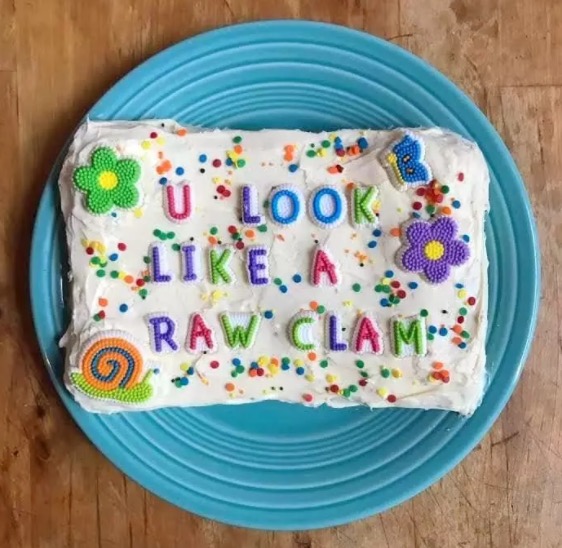 3. Leave Judge Judy out of this, troll! 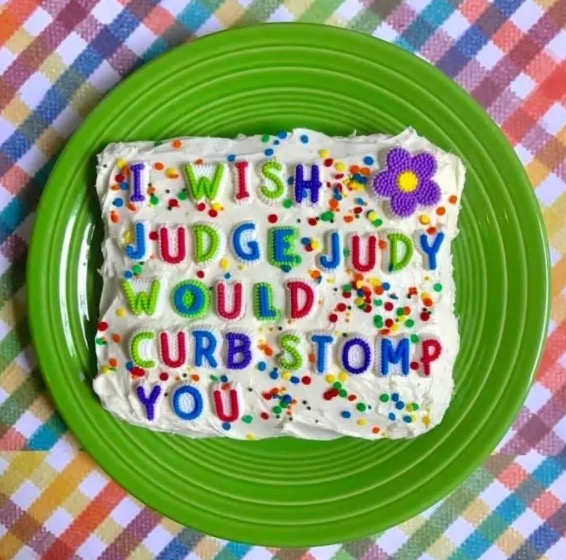 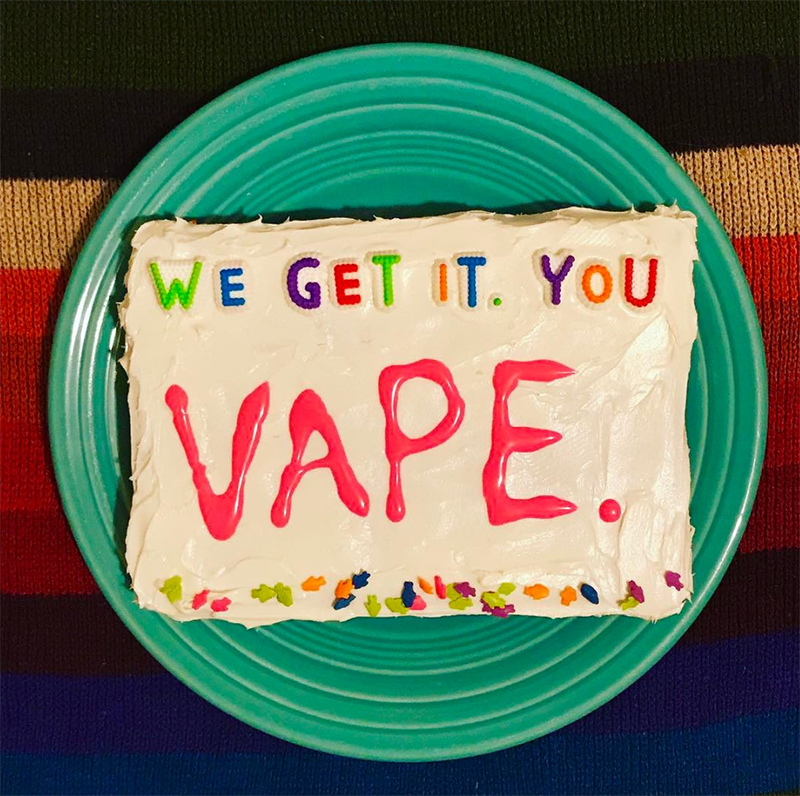 5. This troll took a shot at a stranger AND babies everywhere. 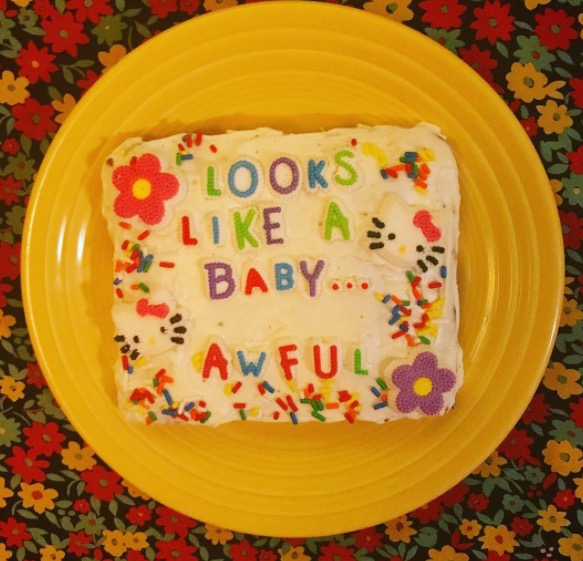 6. Origin: a comment on a photo of Celine Dion. 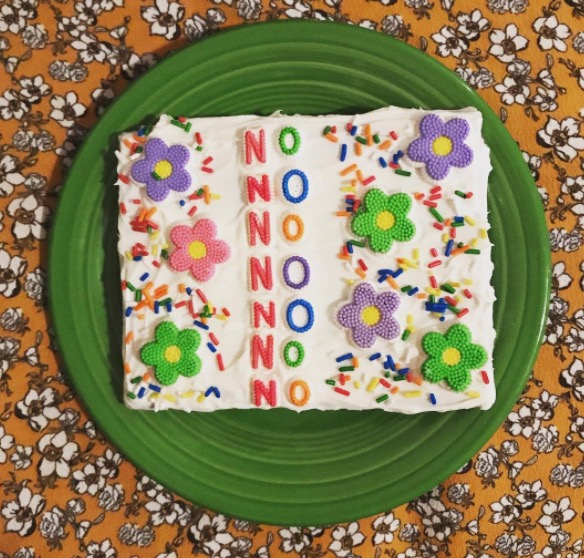 7. Something tells me this troll isn’t all that sorry. 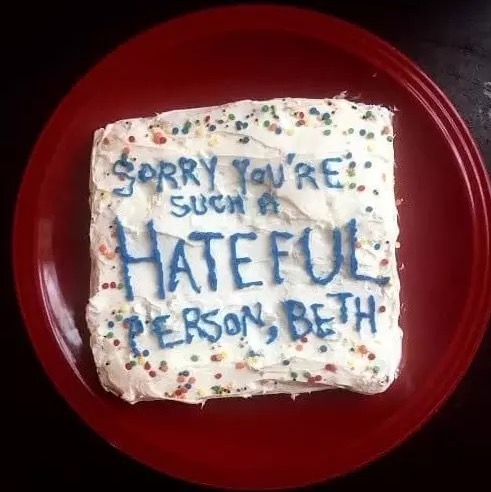 8. Origin: a comment on a photo of Sting, showing him eating a taco. 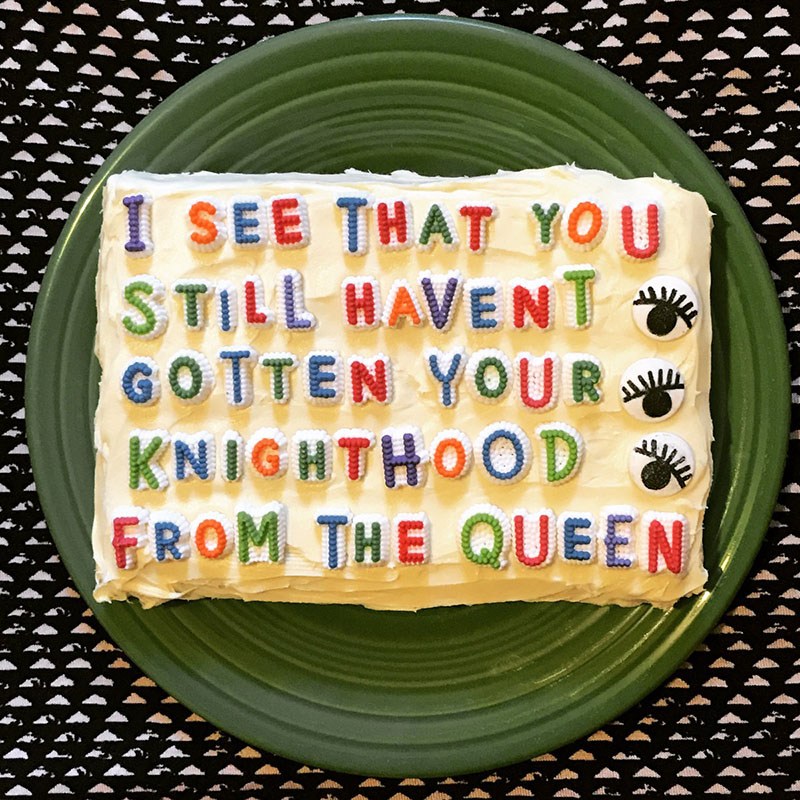 9. This one is both a compliment and an insult. 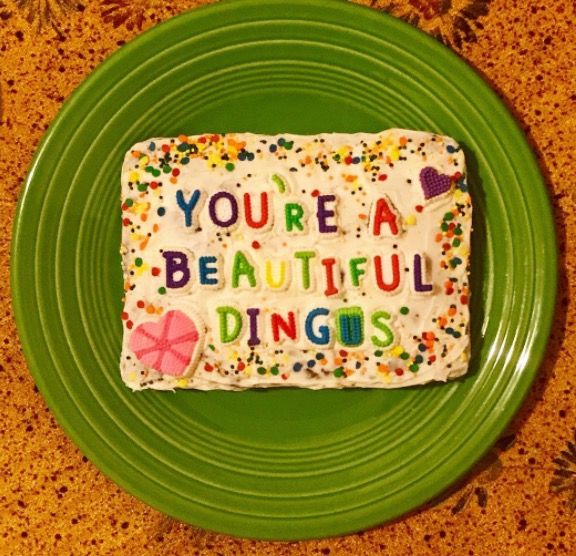 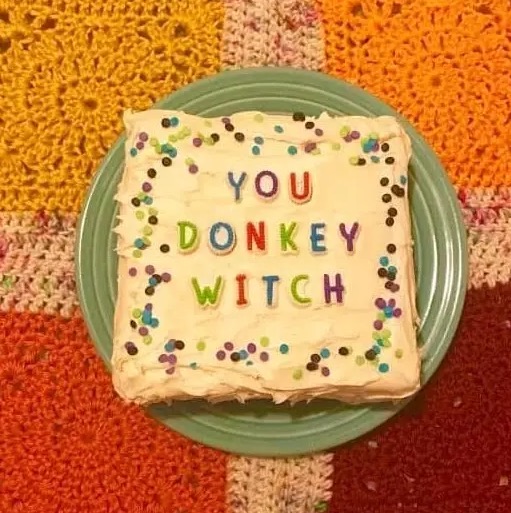 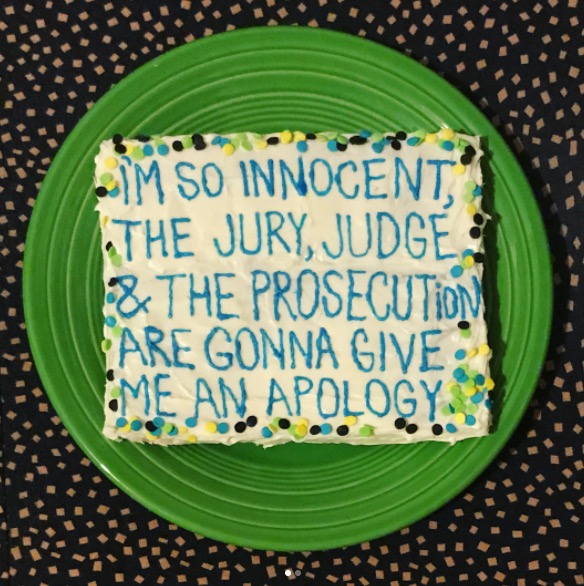 12. This troll thinks outside the box, at least. 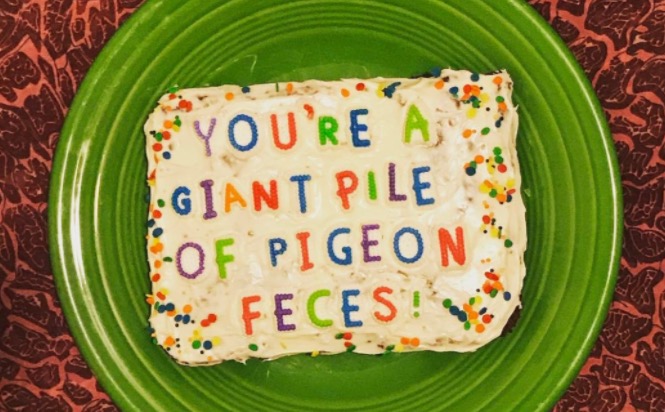 13. Origin: a comment on a photo posted by NASA, about symbiotic stars. 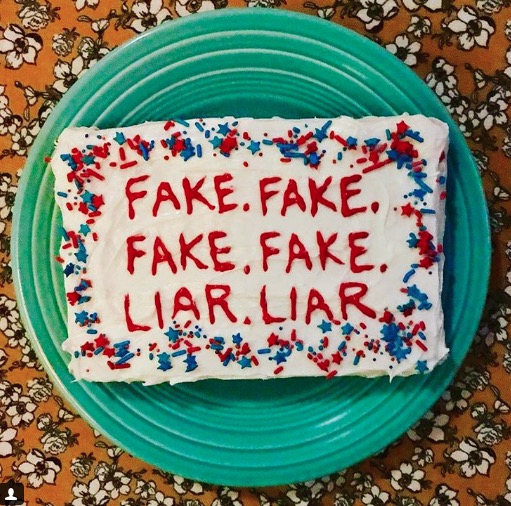 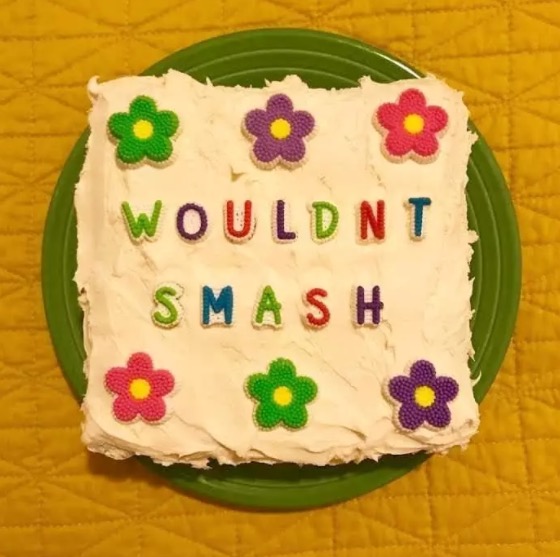 15. And finally, this troll just wanted to offer a little constructive criticism. 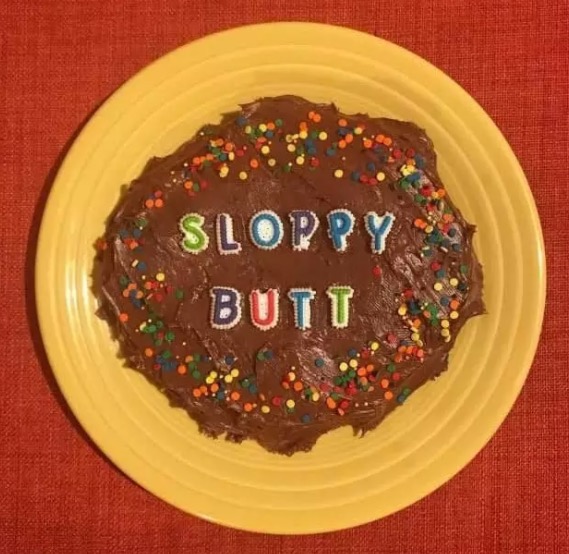 Don’t be a troll, people. Even if you might get cake out of it.