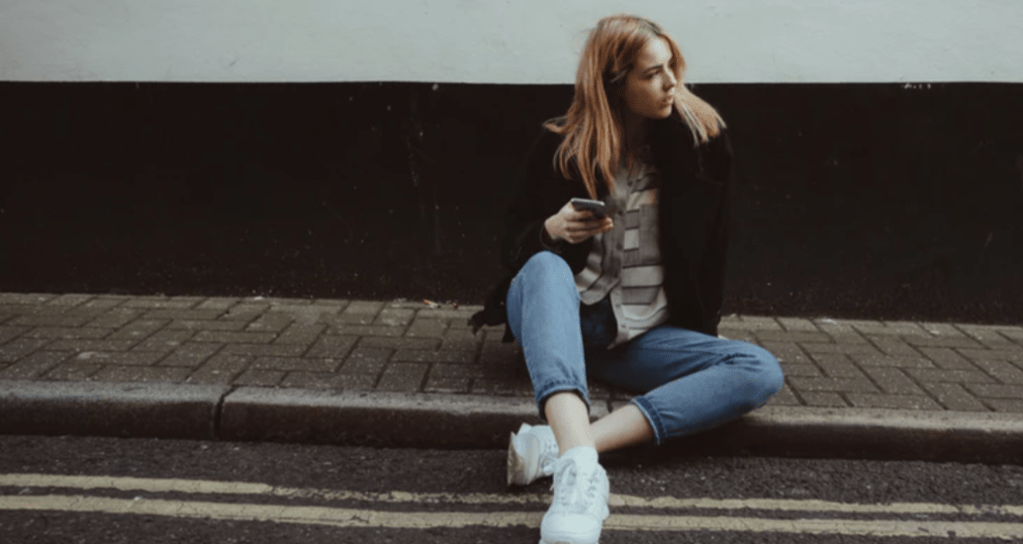 There’s no denying it or any use in debating it: men and women have very different experiences in public. Women often have to deal with harassment in many forms, some of it subtle and some of it obvious. That means females are often the subject of catcalls, creepy staring, and even inappropriate touching from complete strangers on the street and on public transportation.

Because of this constant unwanted attention, many women understand to come to each other’s aid in situations that are uncomfortable and might even escalate to violence.

A woman named Natnova shared her personal experience on Tumblr of being aided by a fellow female when a group of men harassed her when she was only 14-years-old.

i knew i couldn’t outrun them all i felt totally hopeless until a maintenance worker came up to all of us with a huge industrial broom in her hand, i thought she was going to yell at all of us for being in the mall after hours bc she probably thought we were all friends but instead she cursed all of them out in spanish, threatened to press a panic button on her belt and then proceeded to walk me to the basement garage and waited with me until my mom got there to pick me up she had a death grip on her cart the whole time and a face of steel she looked so strong and i just kept saying thank you and she kept saying not to thank her because she had to stop them.

that was the moment i realized women were the most important beings on this planet and we have to protect each other bc nobody else is going to, she didn’t even know me, we couldn’t even communicate that well because of the language barrier, she could have lost her job for waiting with me in the parking lot but she looked out for me when she didn’t have to, she had nothing to gain from it, i’m 21 now and i tell everyone this story even though it happened 7 years ago, what she did that night helped me form and shape lot of my beliefs early on.”

“i was at a grocery store really late one night and some old guy kind of eyed me as i walked out of the store next to this other lady. She and I made eye contact and i knew she was scared too. we loaded up our groceries into our cars as fast as possible and I had way more bags than her so she got done faster than me.

I panicked because i was sure she was going to leave so i just hurried faster, shaking a little, and then i noticed she sat in her car, watching me and making sure nobody came near. She waited not until all my groceries were loaded, or until my cart was put away, or until I got into my car. No, she didn’t drive away until I drove away.

And that was the moment that I realized how much women need other women. That we can’t win this war without each other and we have to be looking out for each other, every second.”

Another woman told her story about what happened one night in New York City.

“my last year in new york city, i got off the subway around 9 or 10p.m. i only lived about 5 blocks from the f train, but i hadn’t gotten more than two before a woman’s hand suddenly touched my arm.

that guy behind us is following you,” she said. “he was watching you leave the train car and followed you up.”

i hadn’t noticed him, or at least not noticed him following me. when we stopped outside a grocery store, he stopped half a block back and loitered. the woman linked her arm with mine and walked me several blocks out of her way to my front door and made sure i got inside safely.

another time, nocigar and i were walking home and at a stoplight a stranger grabbed my arm when i wouldn’t respond to him and tried to physically drag me over to him. she–who is, by the way, not a very physically imposing girl–ripped his hand off my arm and snarled, “don’t fucking touch her.”

protect your friends. protect strangers. there are good men in the world, but don’t wait for them to do something if you can do it yourself.”

And finally, a female who was leaving a nightclub shared her own experience.

“I was at a club once and my friend left with her boyfriend so I finished my drink and was heading out to the parking lot when three girls came up to me and basically surrounded me.

“Those guys behind us were talking about following you. We can walk with you.”

I have MMA training but have never in my life had been offered the protection and sanction of my own gender. This is so important.”

Obviously, there are countless more stories like this out there. I’ll leave you with this video of a real-life incident to remind the ladies that this is how it’s done.