These New LEGO Playsets Will Teach Your Kids About Death

Death is an uncomfortable subject for people of all ages, but especially for children. Kids are just starting to learn about themselves and the world around them, so a concept like death is almost too big to understand. And since many adults themselves have trouble speaking about mortality, a kids might not get much guidance on the topic. But one Austrian museum is trying to change that–with funeral-themed LEGO playsets. 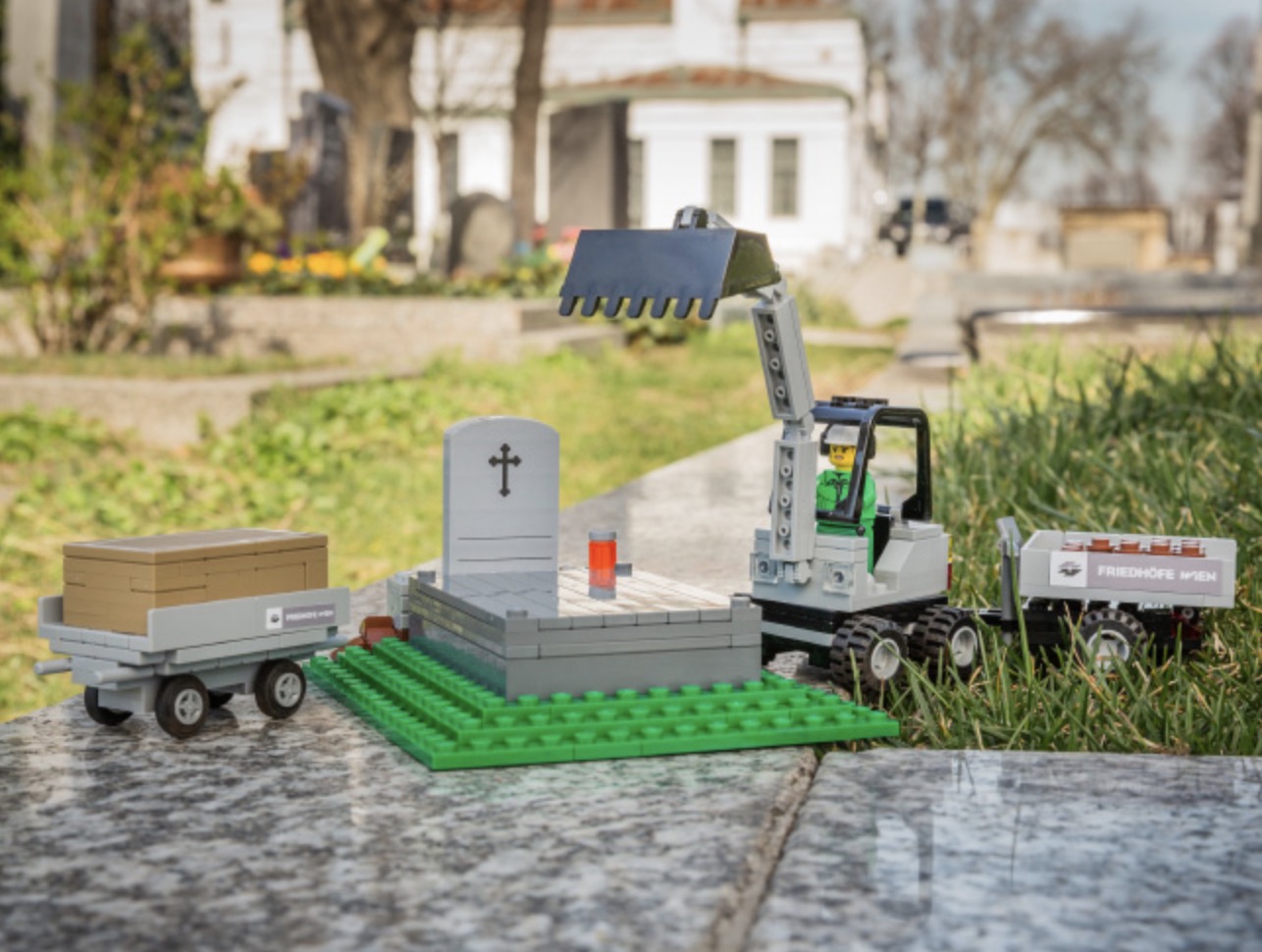 The sets are available from the Vienna Funeral Museum, or “Betstattungsmuseum,” a museum inside Vienna’s Central Cemetery, which is also where icons like Beethoven and Strauss are buried. Museum spokesman Dr. Florian Kuesch says they were inspired to create a LEGO funeral set when parents kept asking for help teaching their kids about grief.

“We had a few questions from grieving customers like: ‘Can I take our children with us to the funeral of our grandfather?’ or ‘My child is grieving, what can I do?’ and so on.” Dr. Keusch told Bored Panda. “So we were brainstorming, how we can help children to overcome their grief.”

Dr. Keusch and his staff teamed up with the Viennese Association of Psychotherapists to design LEGO funeral sets suitable for kids. They’re not official LEGO products, so they have to be described as “funeral sets built with LEGO components.” The different sets retail from about 30 to 120 Euros,

The project first started in 2016 with a LEGO version of a “Historiche Leichentram,” which was a train used to transport corpses to the Central Cemetery between World War I and World War II. 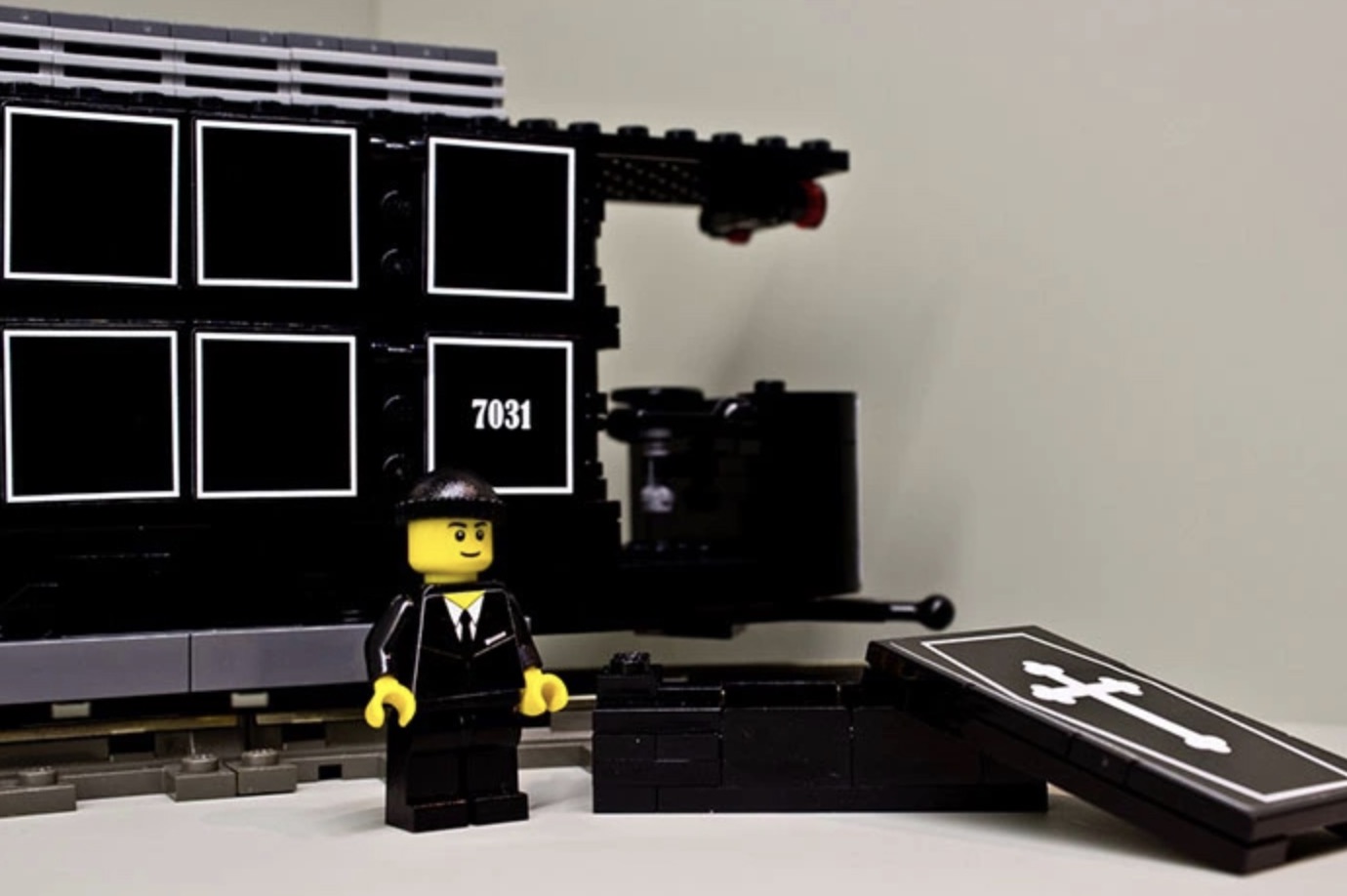 Another set includes a traditional horse-drawn hearse, called a “Leichenkutsche.” 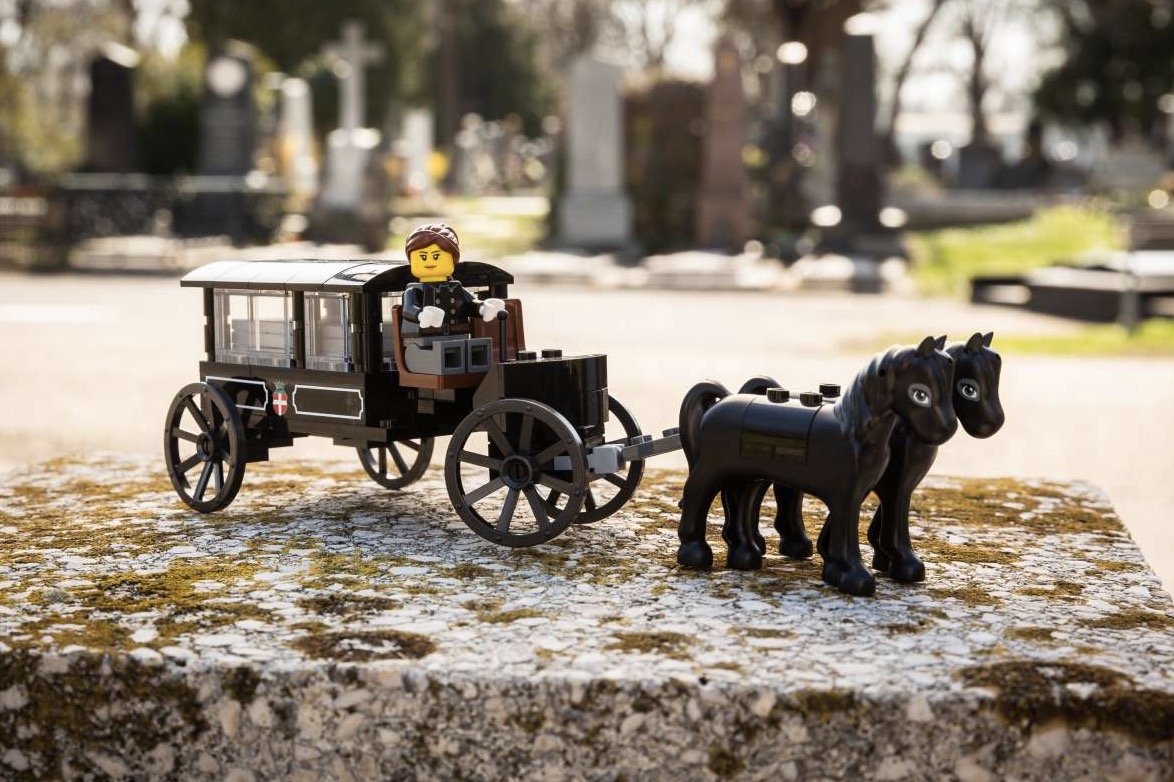 There’s also a “Fourgon,” which is a type of van used to transport a body to a funeral. 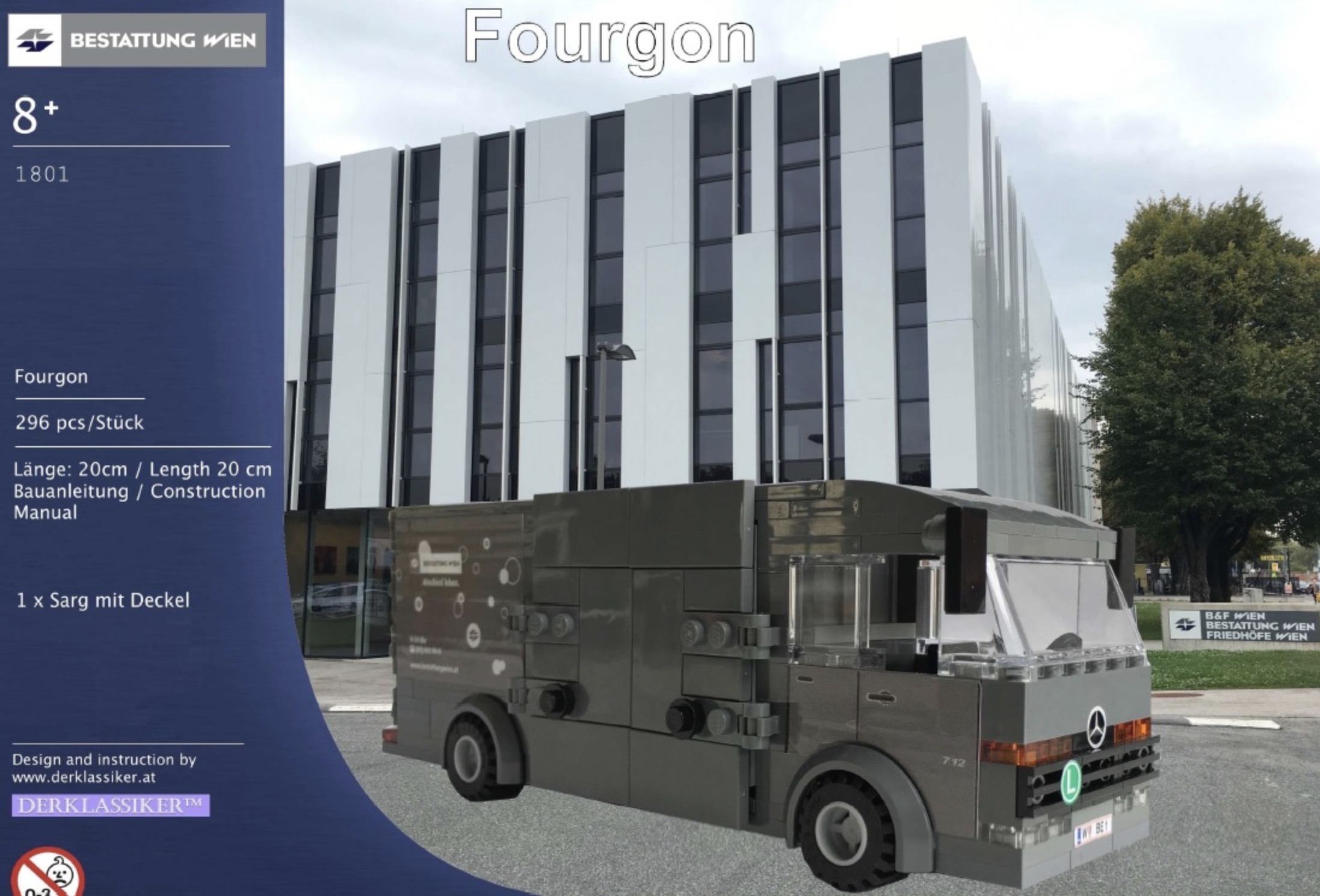 And a modern hearse: 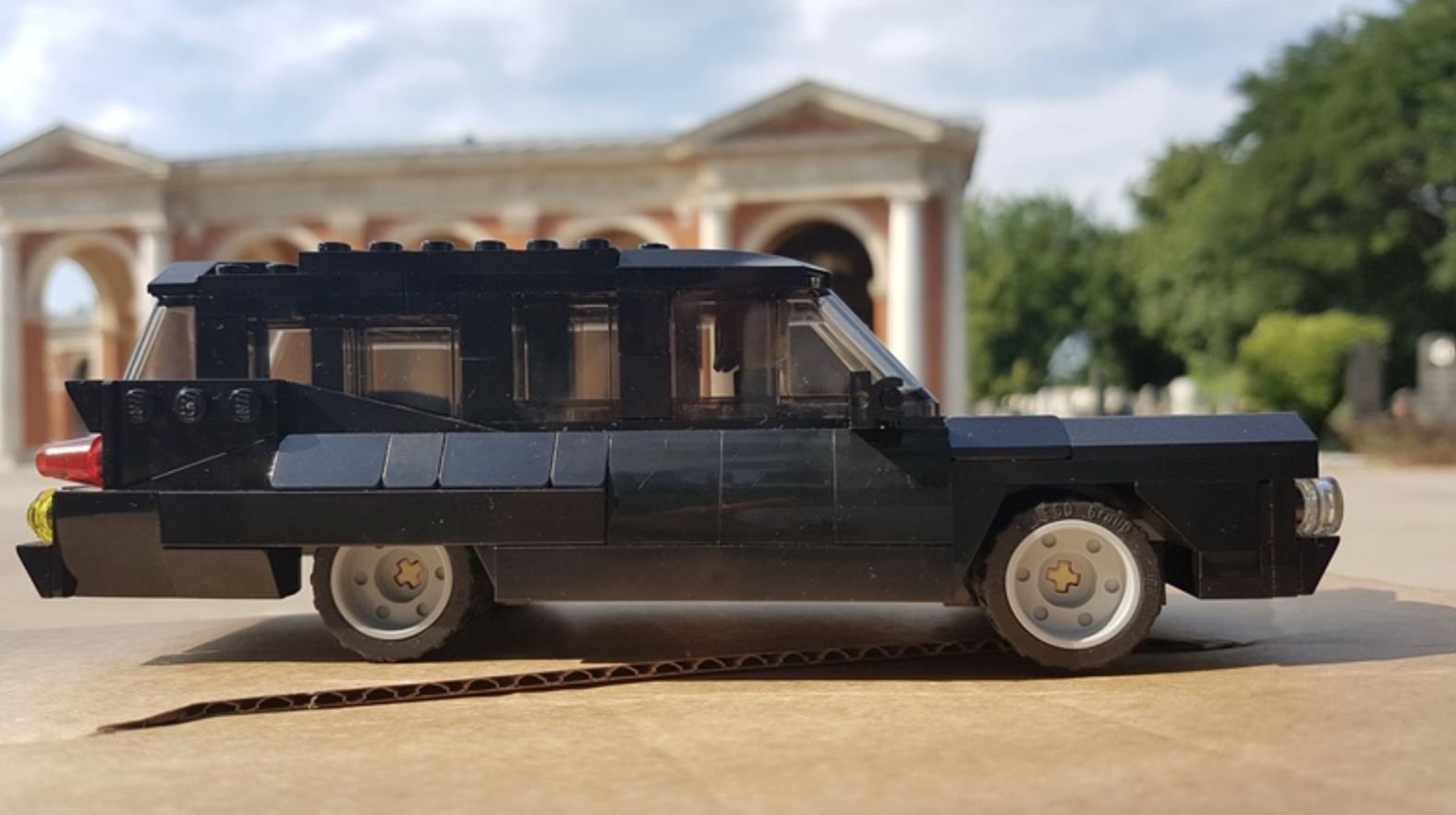 There’s a crematorium playset, complete with an oven, a coffin, and a jolly funeral home employee holding an urn. (At least I hope it’s an urn.) 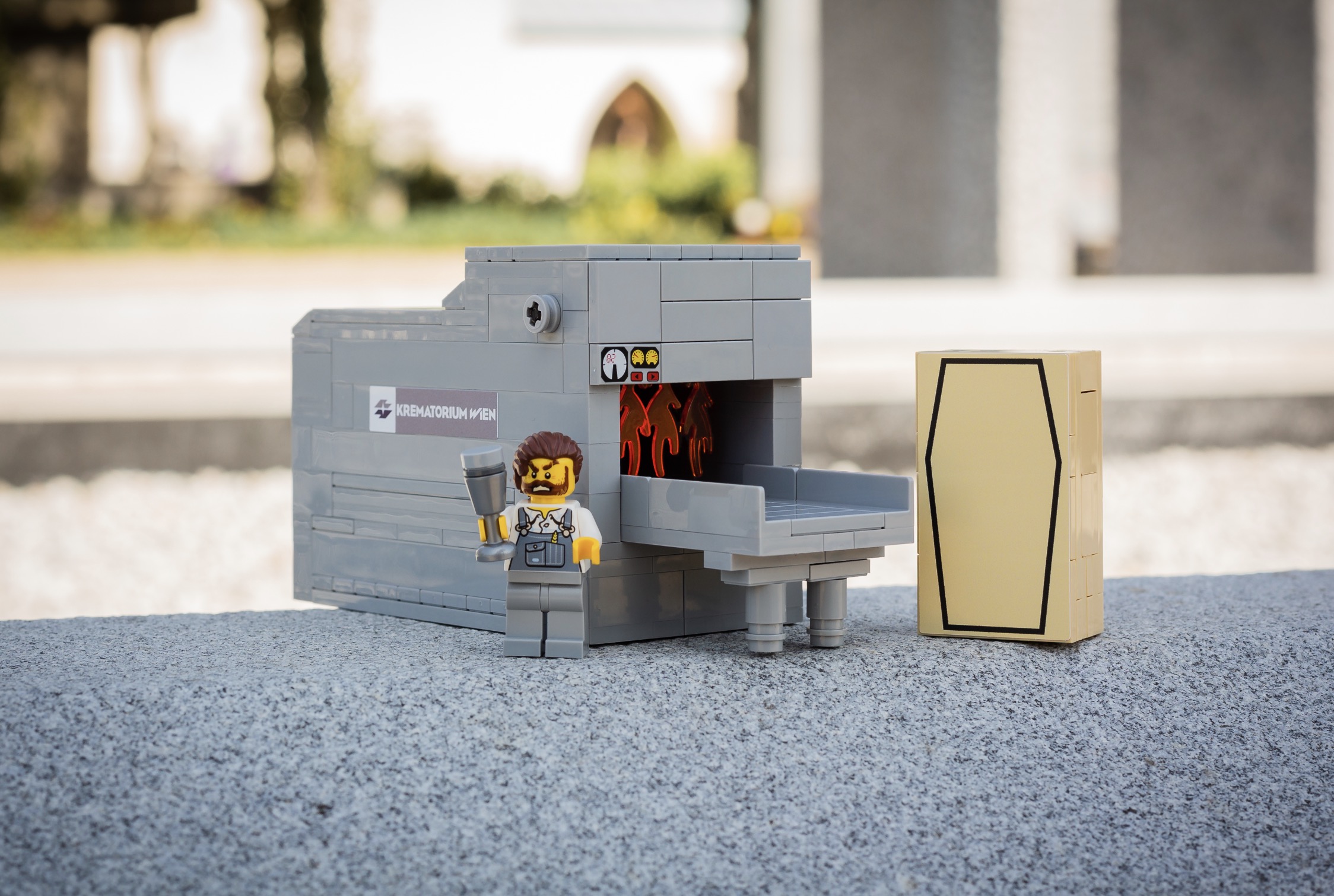 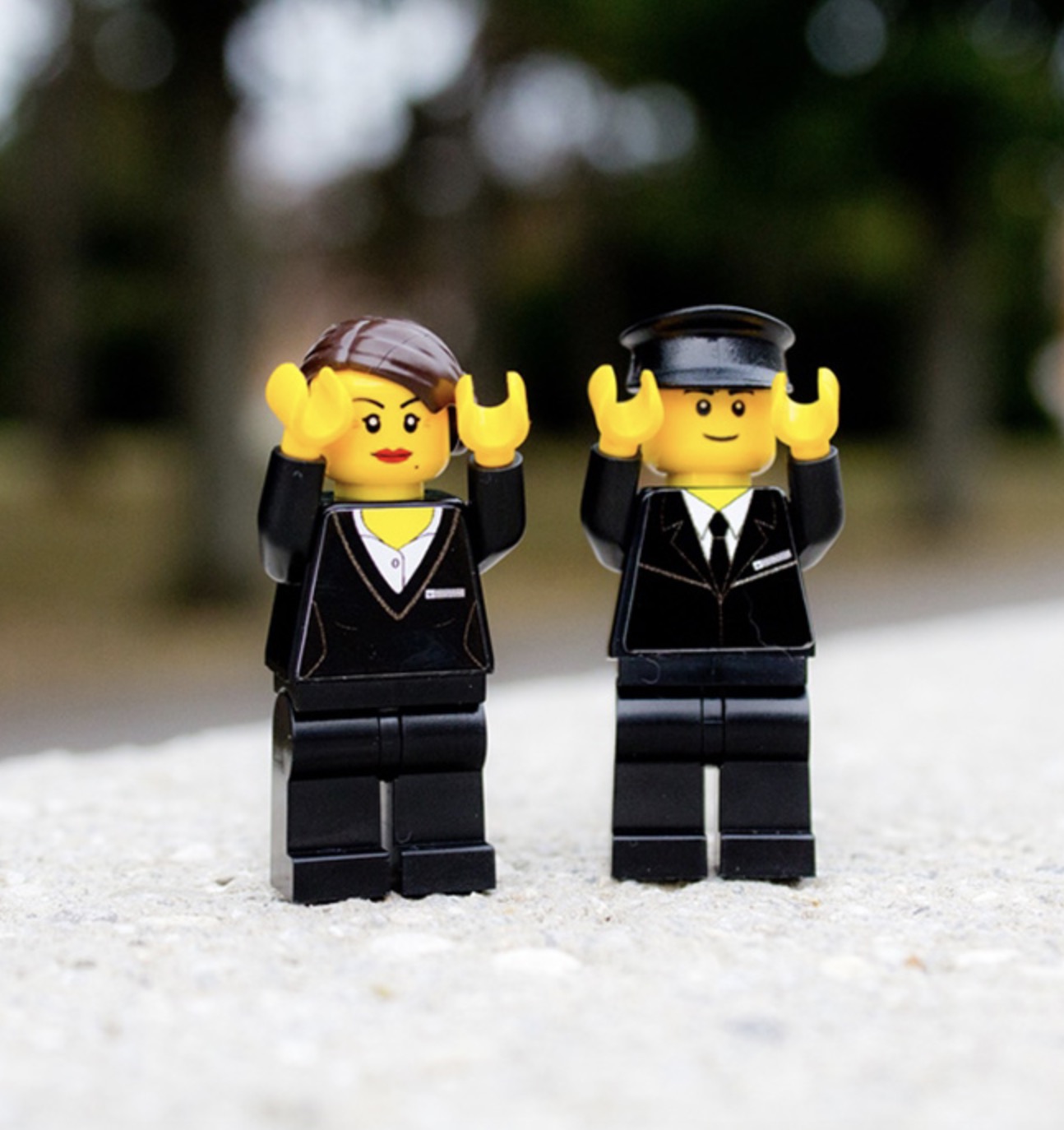 But you can’t have a funeral without mourners, so of course there’s also a family of grieving LEGO people. 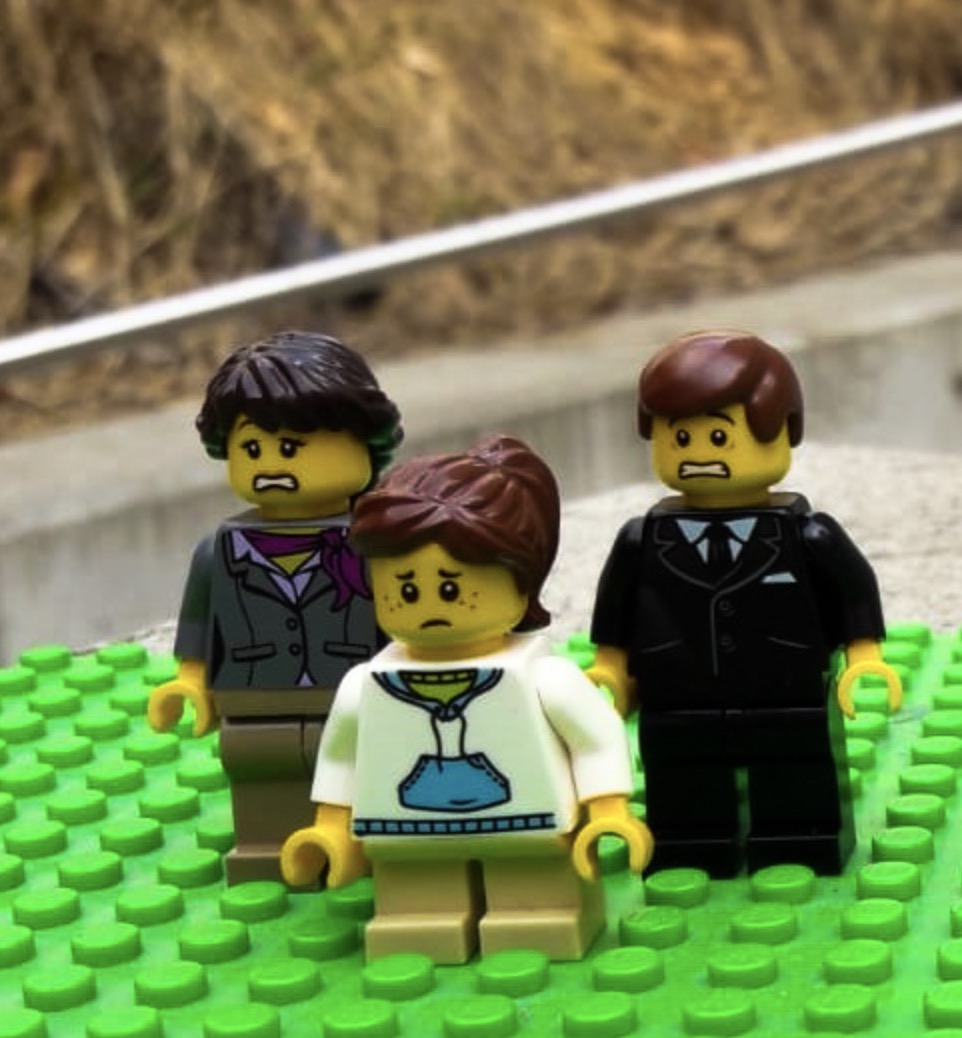 And finally, you really can’t have a funeral without a body, so the museum is offering LEGO corpses in various states of decomposition. 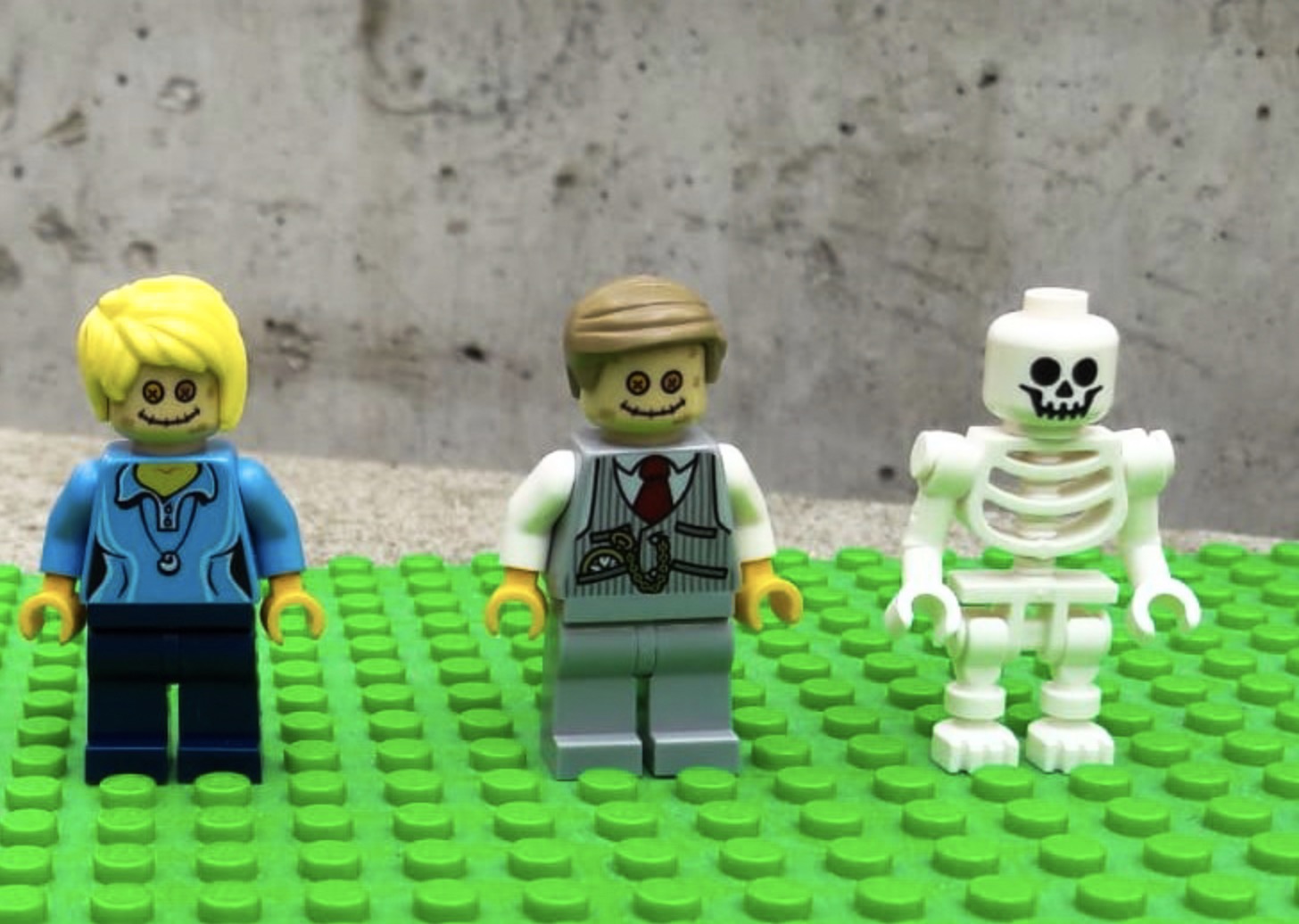 Everyone reading this grew up with LEGOs, so it’s definitely strange for us to see a morbid version of our favorite toys. These LEGOs are definitely less on the fun side and more on the educational side, but there’s no doubt they perform a valuable service.

If these funeral playsets are successful, maybe there will be other LEGO products that teach children about the grim realities of life. Like…