The world is full of warning signs that urge us not to do something dangerous, and some of them are so blindingly obvious that you wonder why anyone would need a reminder–for example, a sign telling people not to throw a cigarette butt into a field of dry brush during wildfire season. But as the cliche goes, if there’s a warning against something, that means someone’s actually done it, no matter how stupid.

The latest “I can’t believe they had to warn people about that” warning comes from the Centers for Disease Control, which Tweeted the following tip about safe condom use: 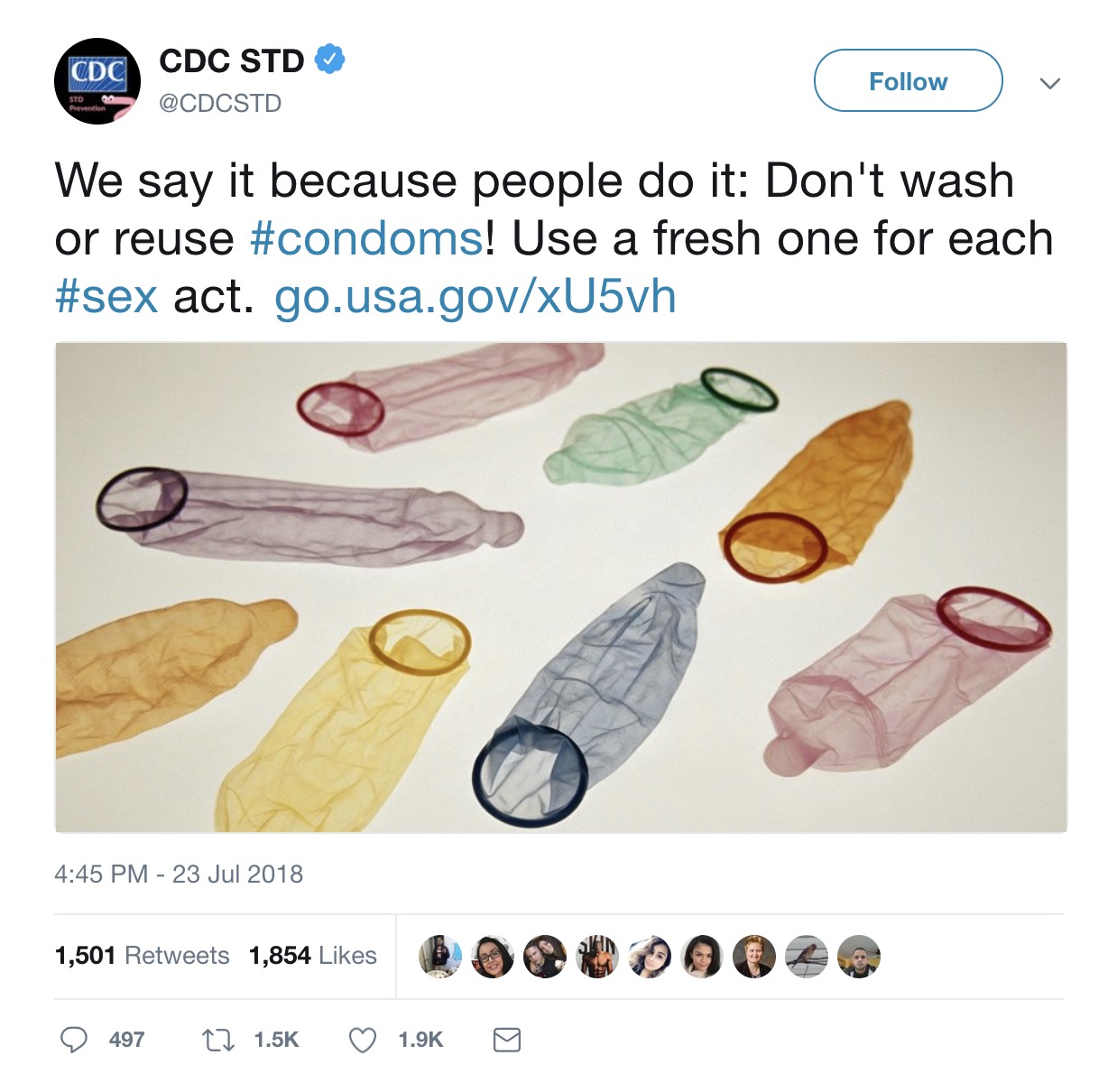 Uh…what? If you’re like me, your initial reaction upon hearing this, after you picked your chin up off the floor, was to wonder, “Do people actually do that?!” Like the CDC says right there in the Tweet, yes, people actually treat condoms the same way they treat reusable shopping bags at Trader Joe’s. And the stats back it up.

In a 2012 meta-study published in the journal Sexual Health, between 1.4 and 3.3 percent of American adults admitted to reusing a condom at least once during a sexual encounter. It might not sound like much, but let’s see how many that actually is. (Keeping in kind that one person is waaaaaay too many.)

About 72 percent of American Adults are having sex, which is a bit over 90 million people. About one quarter of them use condoms, which works out to about 22 million people. So if 3.3% of THEM are recycling their rubbers, that’s almost 750,000 people.

That’s more people than live in Detroit or Seattle. 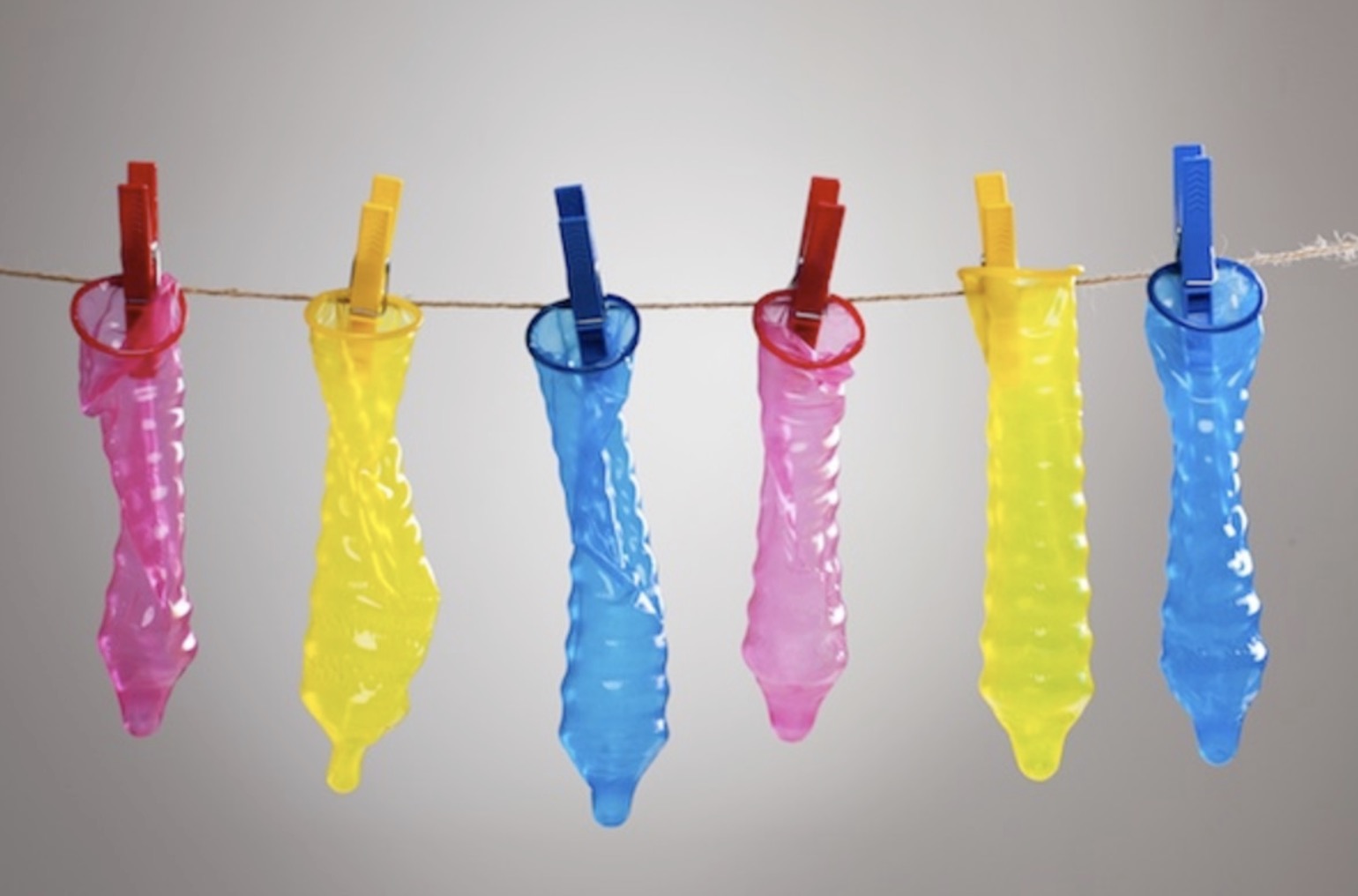 Condoms are 98% effective at preventing pregnancy and STI’s, but only when used correctly–and washing/reusing them is DEFINITELY incorrect.

Hopefully you don’t need this explained to you, but in case you do, here’s why reusing condoms is a no-no. According to Dr. Elizabeth Torrone of the CDC’s Division of STD Prevention, “Incorrect use, such as reusing a condom or using more than one at a time, diminishes the protective effect of condoms by leading to condom breakage, slippage, or leakage.” So a reused condom is basically useless.

And then there’s the fact that reused condoms aren’t sterile, not even if you wash them. Viruses, bacteria, and sperm are too small for soap to be effective. 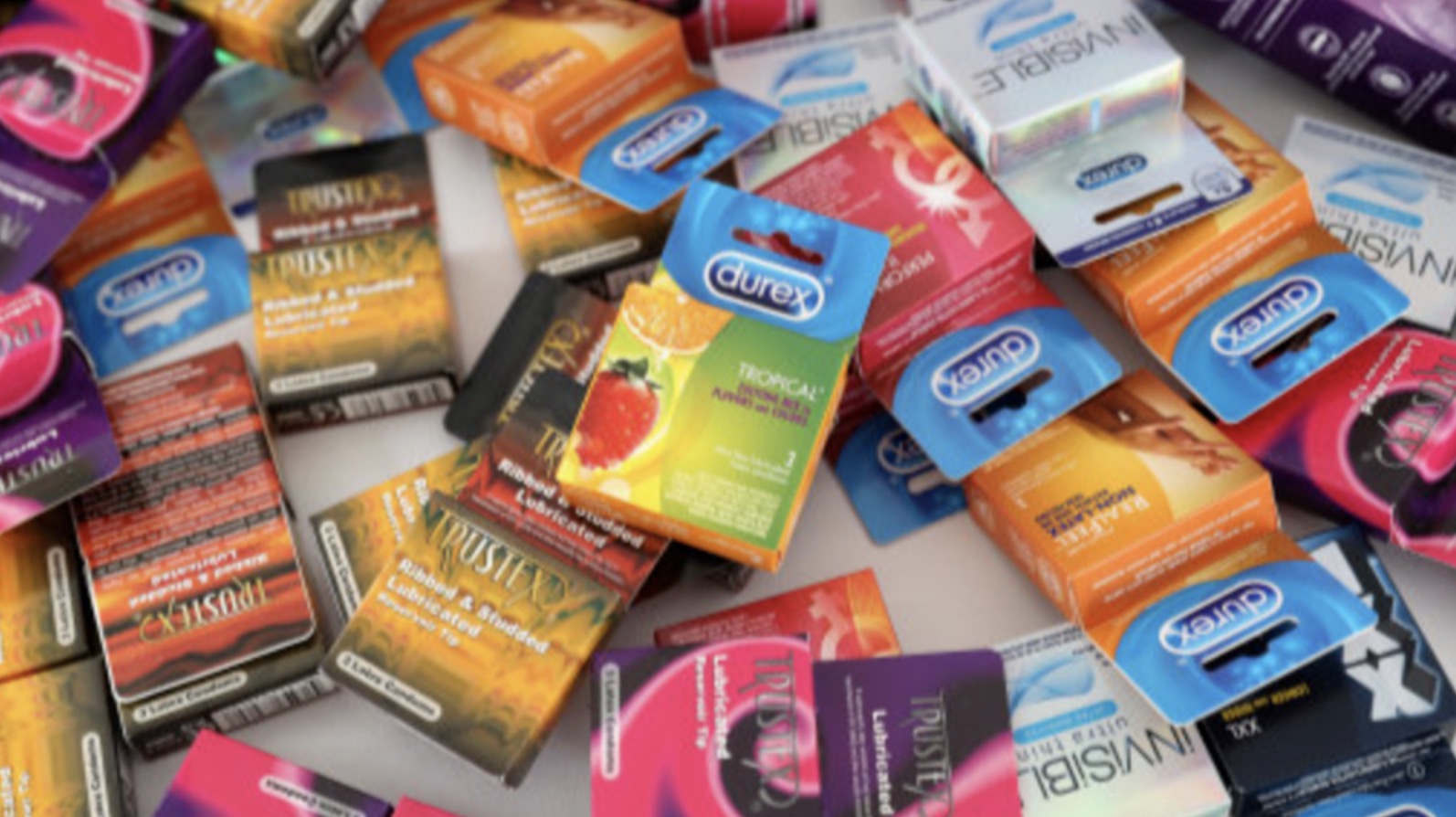 Having 1.4 to 3.3% of condom users recycle them is definitely insane, but way more people misuse them in equally dumb ways. About half of the people from that same Sexual Health study admitted to either putting condoms on too late or removing them too early. I guess that’s better than blowing up condoms and making them into balloon animals. But only slightly better. 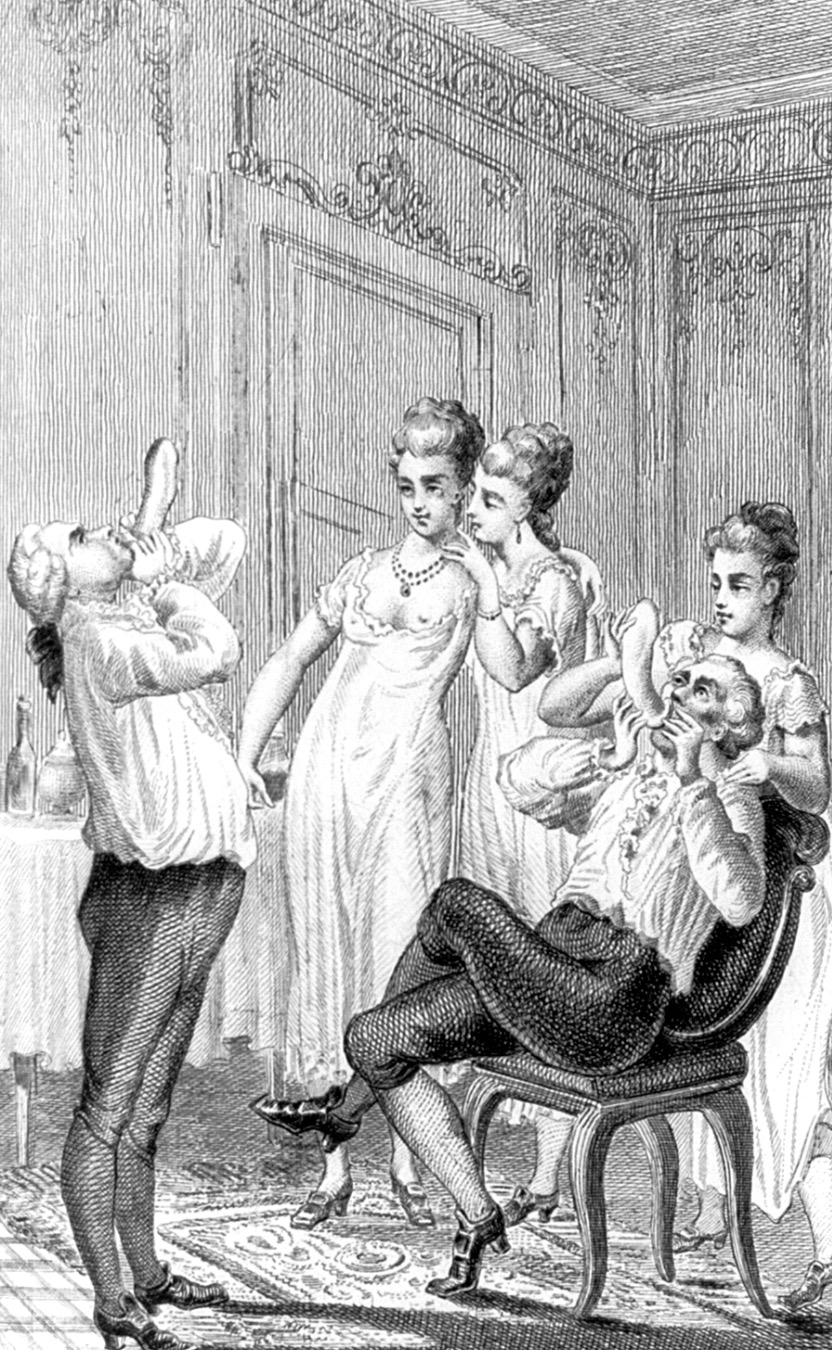 It’s tough to say why some people think reusing condoms is a good idea. Even though condoms are cheap or even available for free from lots of places, some people might do it to save money. Others might just do it when they run out and can’t get to the store. Then there’s the fact that historically condoms were reused. Elvis Costello and The Sex Pistols even sang about it! 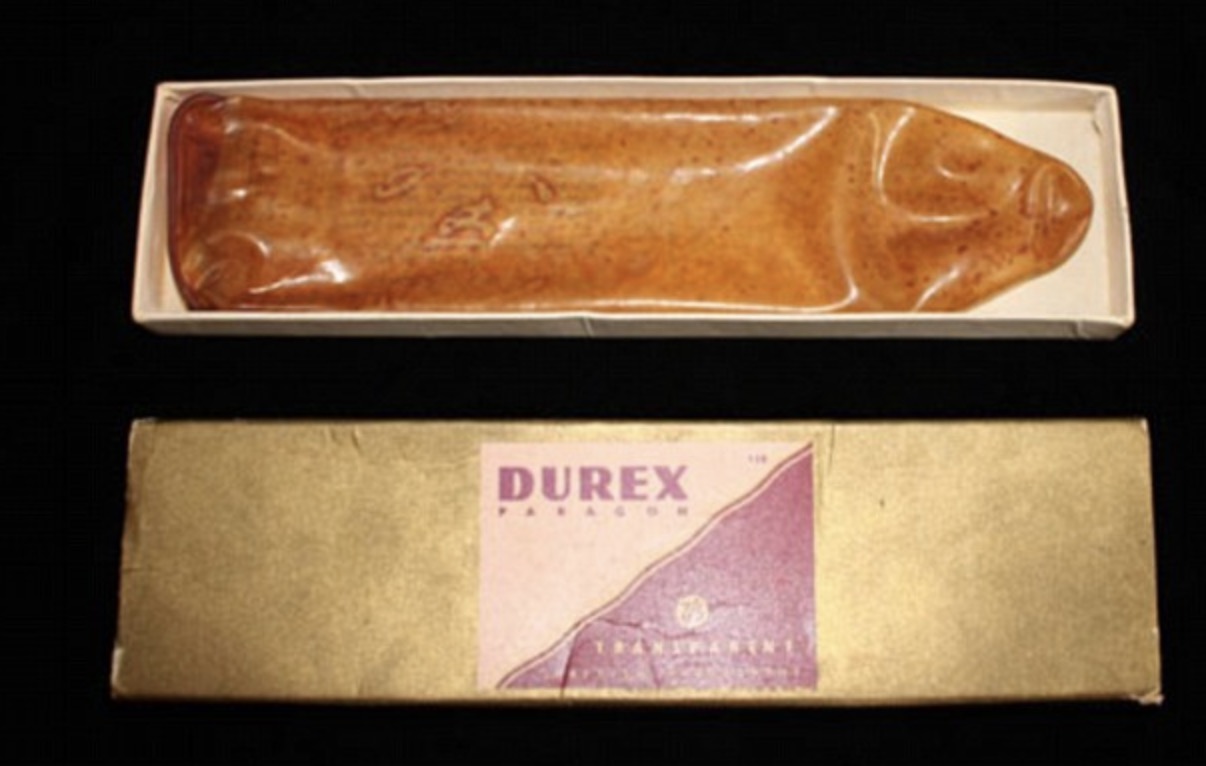 Understandably, people across social media had strong reactions to this story. The most common response was a mixture of shock and disgust. Take it away, @katemussell! 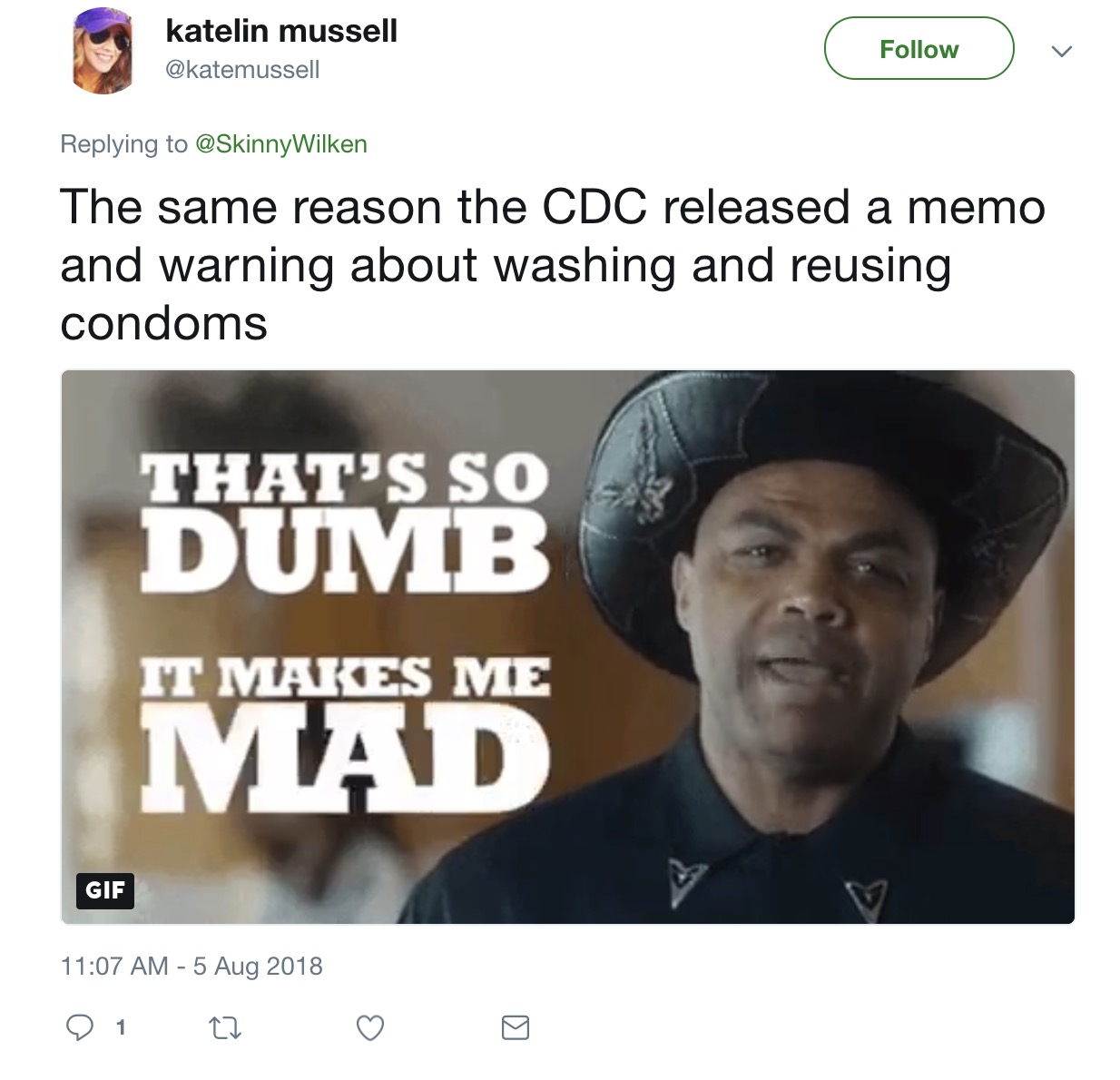 One guy raised a valid point: why would anyone ever admit reusing condoms, even to a scientific researcher?

And of course, there were plenty of jokes. 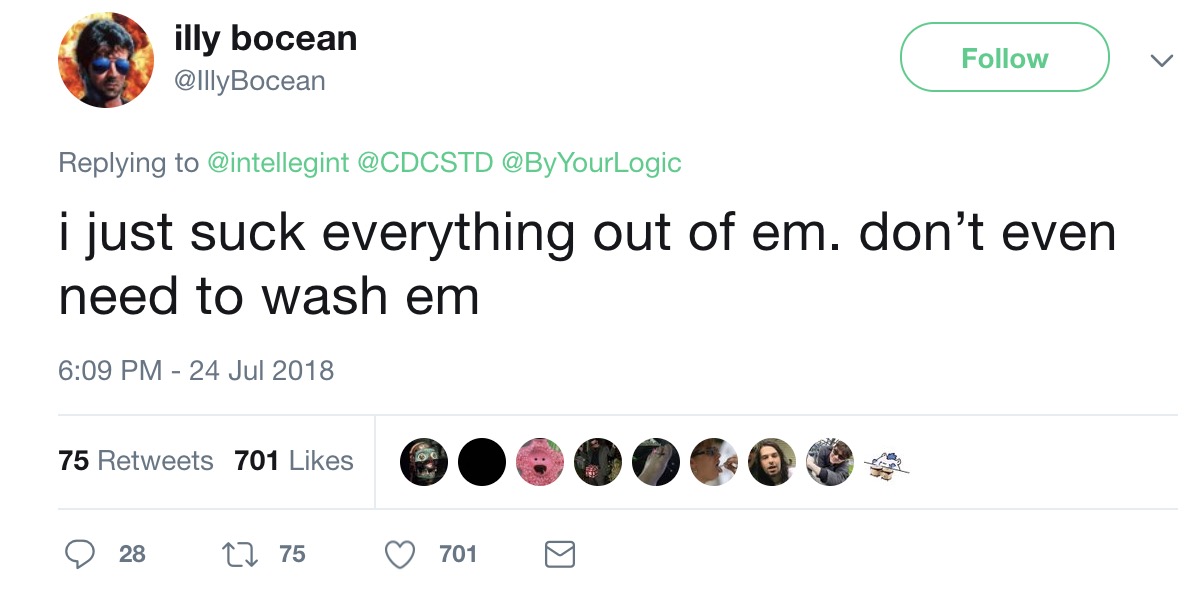 Meanwhile, some folks recognized that while this story is pretty funny, it also underscores the need for sexual education. When 43% of adolescent girls and 57% of adolescent boys don’t receive information about birth control before having sex, things like condom misuse are more likely. 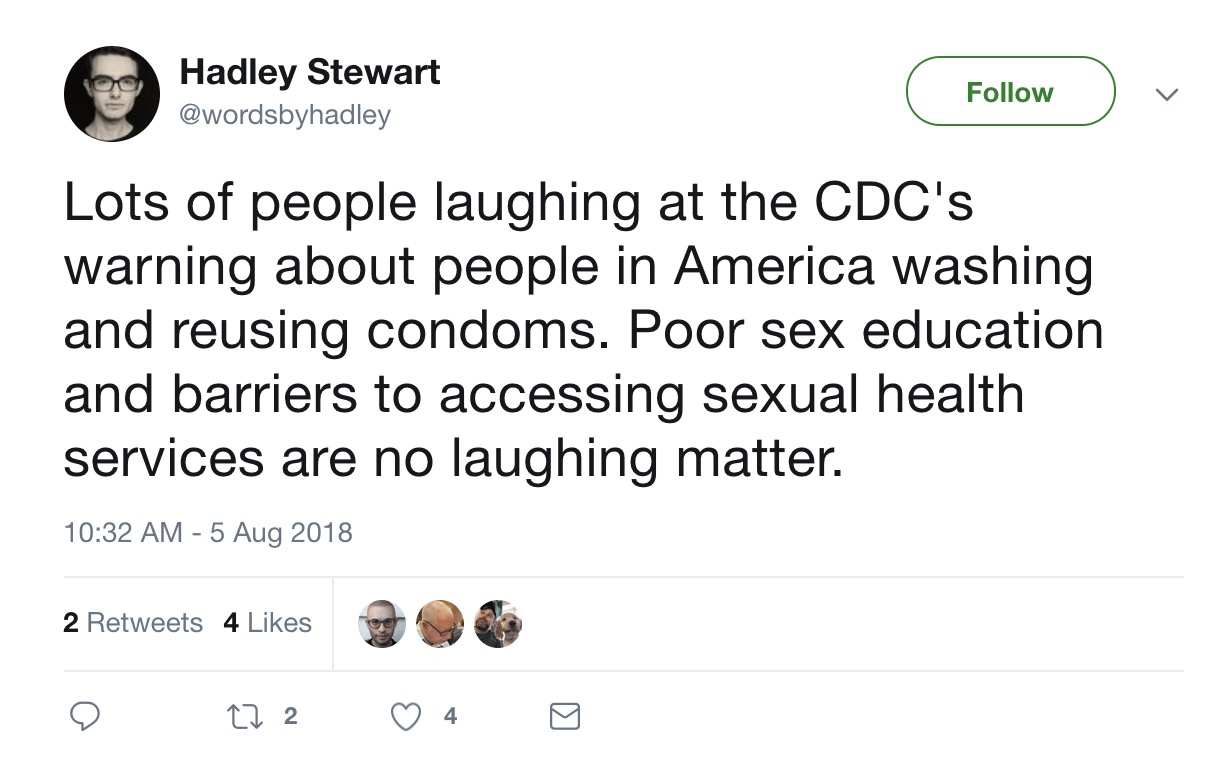 So there you have it. Literally everyone seemed shocked to hear that people reuse condoms, but like the CDC says, there are those who actually do it. Hopefully they got the message and sprung for a whole new box of rubbers.

Now, if only we could get people to stop washing and reusing toilet paper.

h/t: LAD Bible and The Daily Mail and The Huffington Post

Funny Pics of People Who Fell Asleep in Public
People Reveal the Secrets They’ve Been Keeping Quiet About
9+ Photos of Real Life ‘Angry Birds’
15 People Share Their Most Cringeworthy Rejection Stories
10+ Funny Tweets About Marriage from the Dudes
15 Really Dumb Construction Mistakes
We use cookies to offer you a better experience, analyze traffic, personalize content, and serve ads. Learn more