Stepdad Live Tweets Stepson’s Morning After A One Night Stand

It’s rough out there for millennials. According to a study from online real estate company Zillow, 22.5% of people between the ages of 24-36 live at home with their parents, up from 13.5% in 2005. As anyone knows, living with the ‘rents can really cramp your style. With Mom and Dad around, it can be difficult to enjoy all the things you like to do. Sometimes you have to make compromises. Other times, your stepdad will share your private business with millions of people.

First of all, the stepdad goes by the name “Tricky-D” online, and Tweets at the handle @DropsNoPanties, so that’s something we’ll all just have to get used to.

This past weekend, Tricky-D served up a slice of family drama to his 43k Twitter followers. His stepson had hosted a young woman the night before. Tricky-D hadn’t actually seen the young woman and didn’t know who she was, but noises emanating from Stepson’s bedroom told him all he needed to know.

And now that it was morning, Stepson’s goal was simple: smuggle his paramour out of the house without Mom finding out. All Tricky-D had to do was watch. 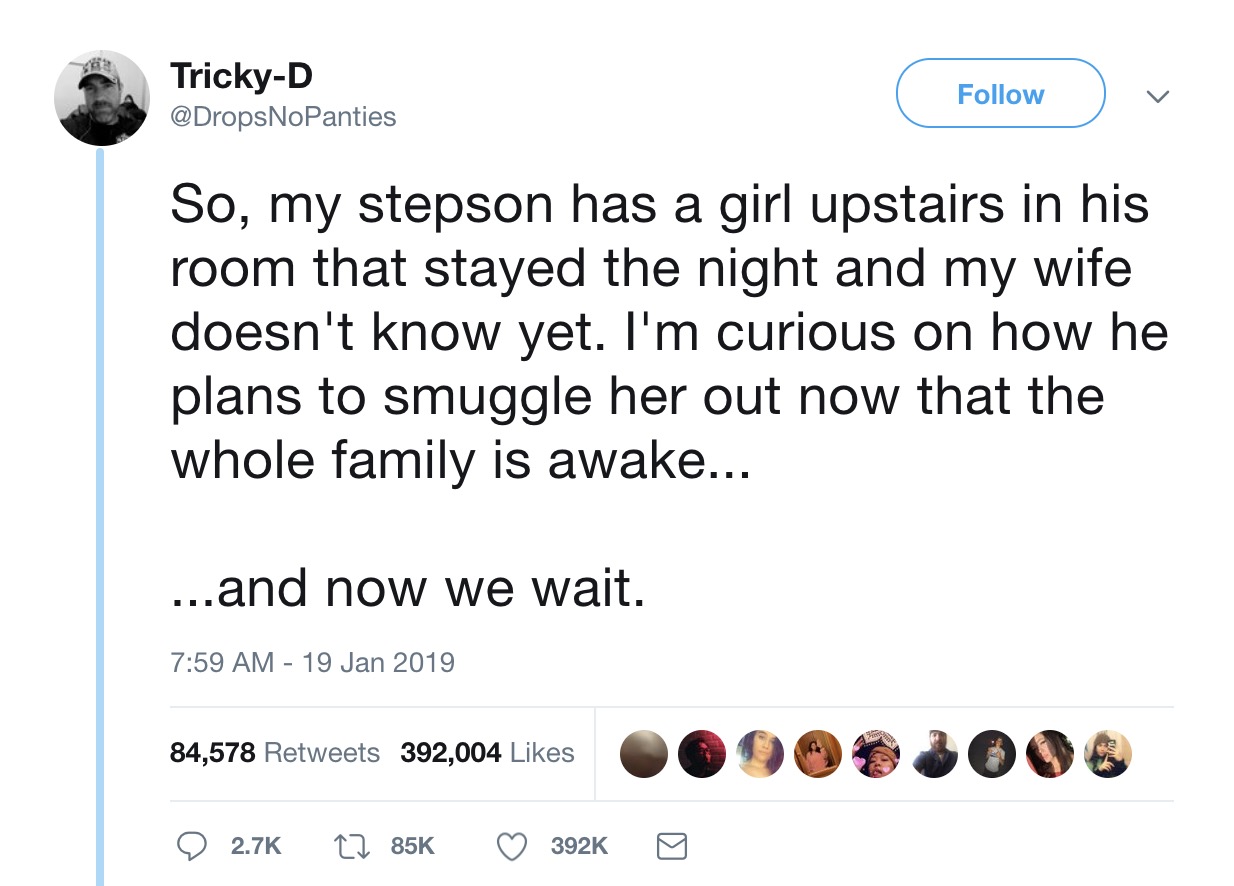 After about 30 minutes, Tricky-D gave his eager followers an update: Stepson and his guest were still hiding up in his bedroom. Mom remained oblivious, despite an obvious clue. 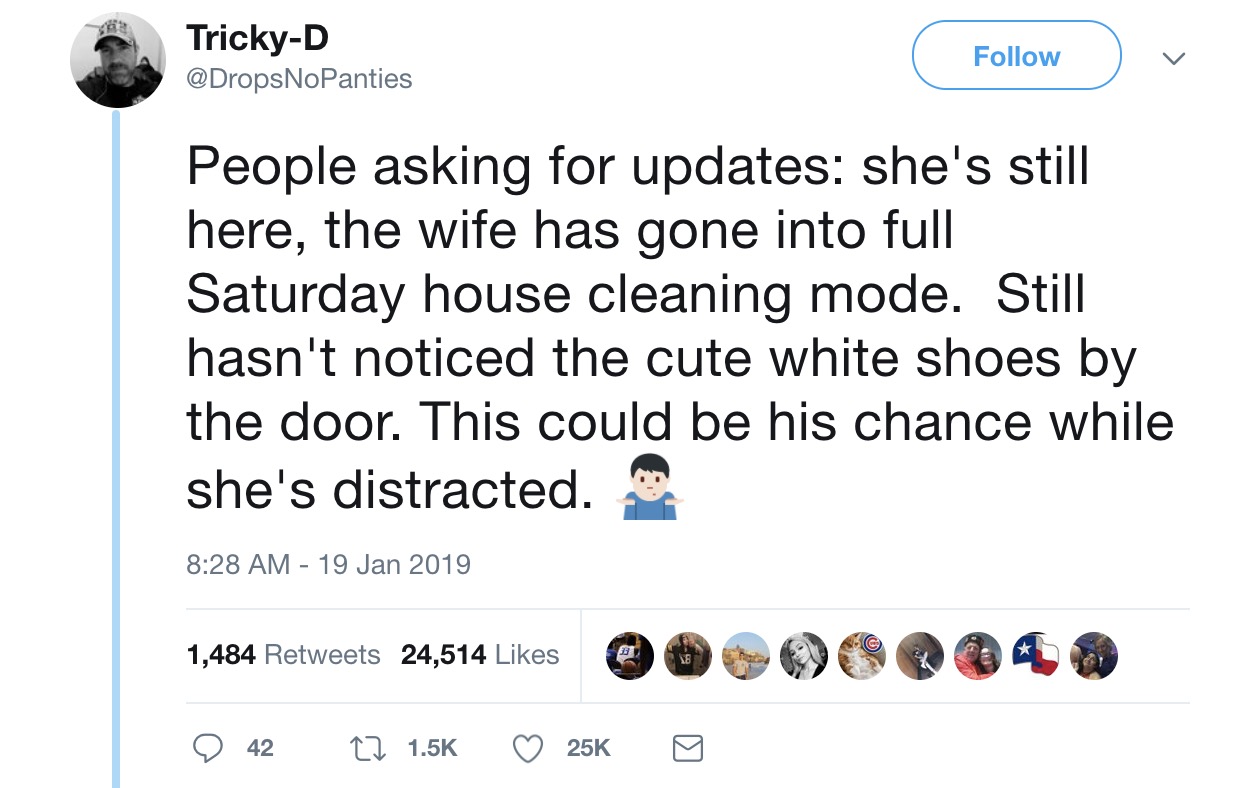 And here are the telltale shoes, which really do stick out like a sore thumb. 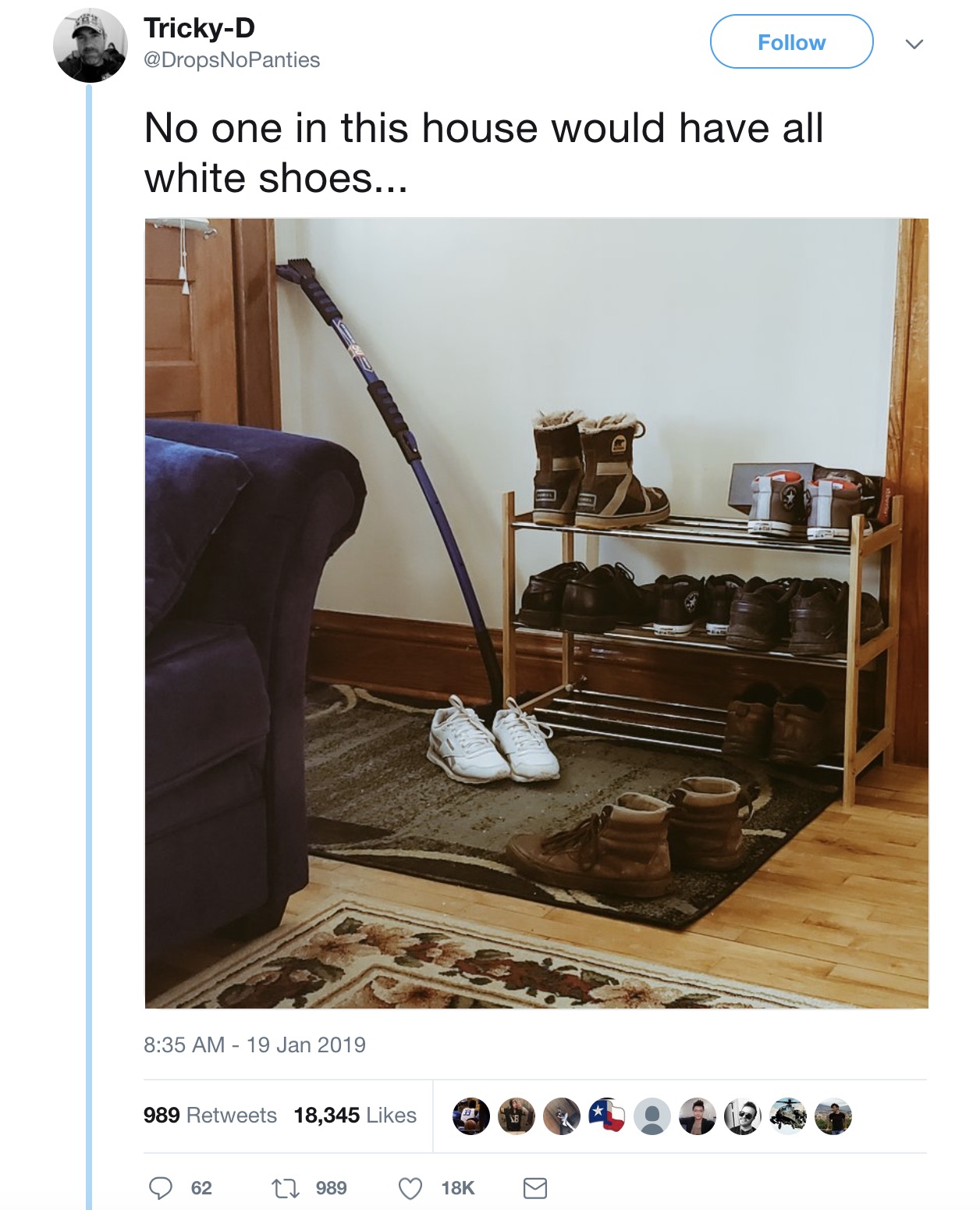 Not only are the shoes incriminating, they also complicate any escape attempt. If not for the shoes, Stepson and his date could easily slip out the side door. 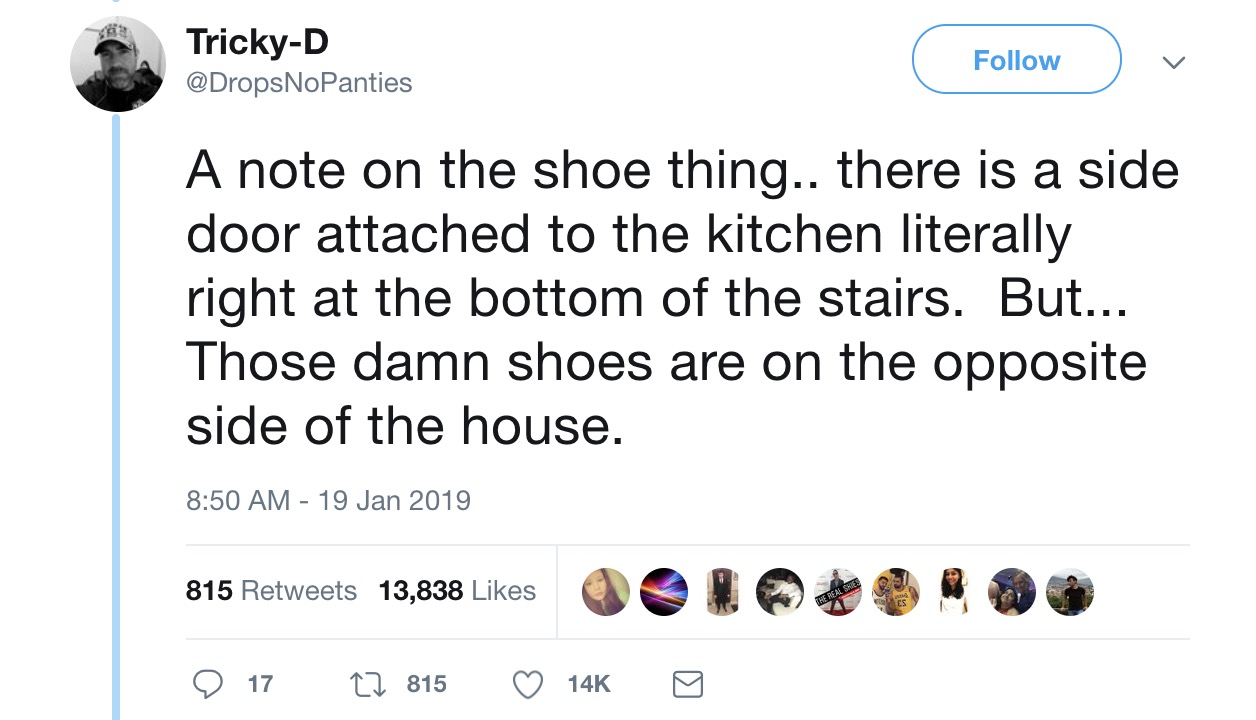 An hour after the initial Tweet, Mom was still cleaning, and still blissfully unaware. 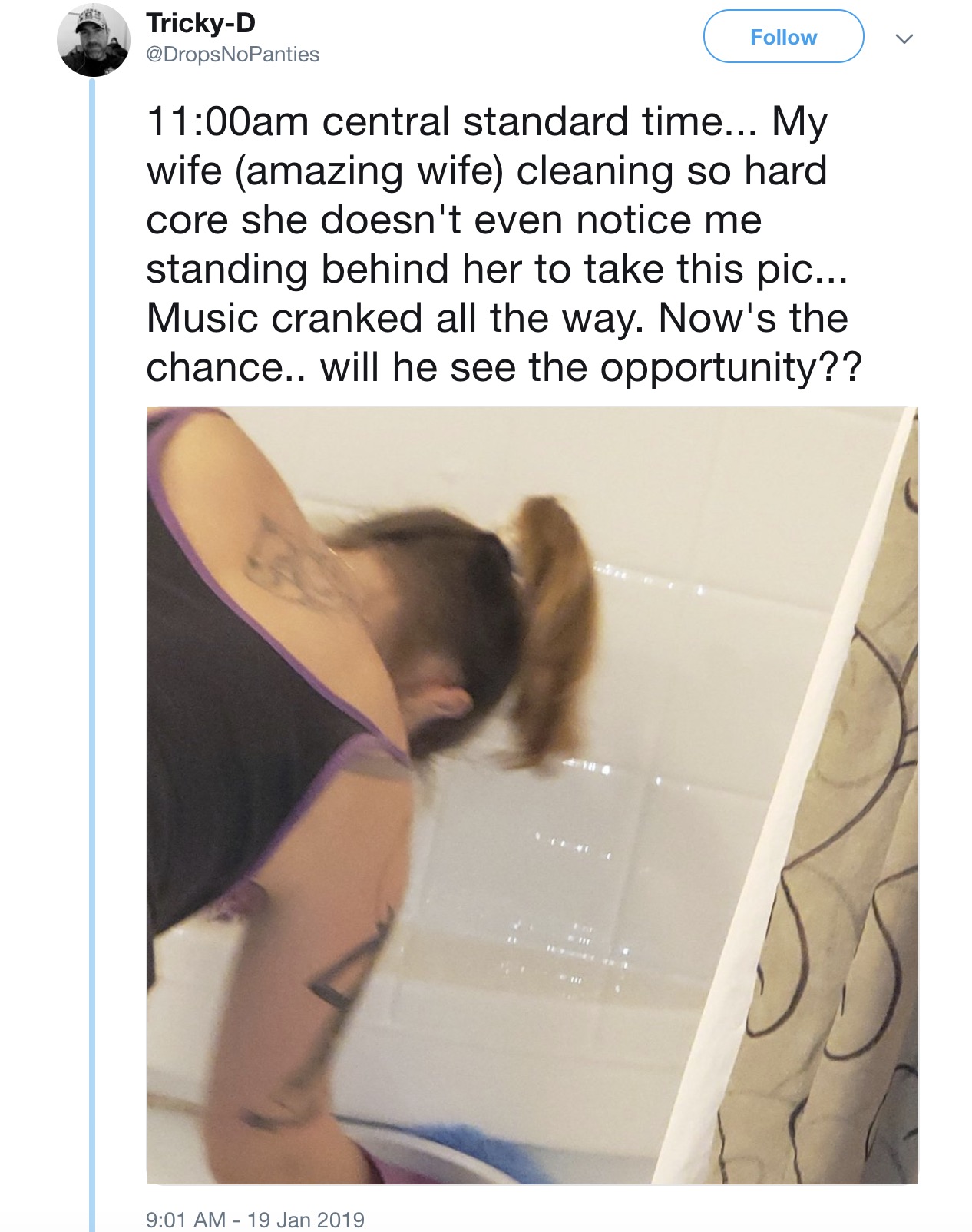 When some of his followers suggested that he might intervene and help Stepson with his escape, Tricky-D had this to say:

Mom moved to the kitchen, making an escape even trickier. 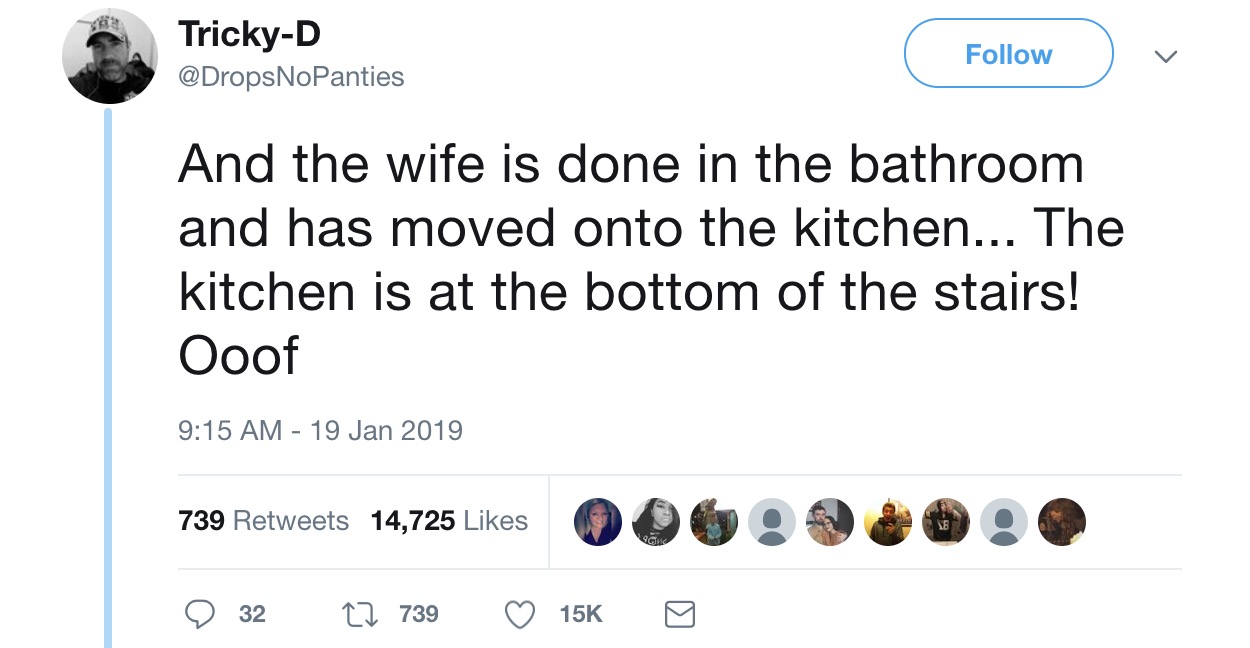 Tricky-D then created a poll asking his followers who they were rooting for: Stepson or Mom? Over 300,000 people voted, with Stepson getting 63% of the votes.

Two hours in, and still not a peep from Stepson or Overnight Guest. Tricky-D began to wonder how they both could hold it for so long. Pressure is mounting. 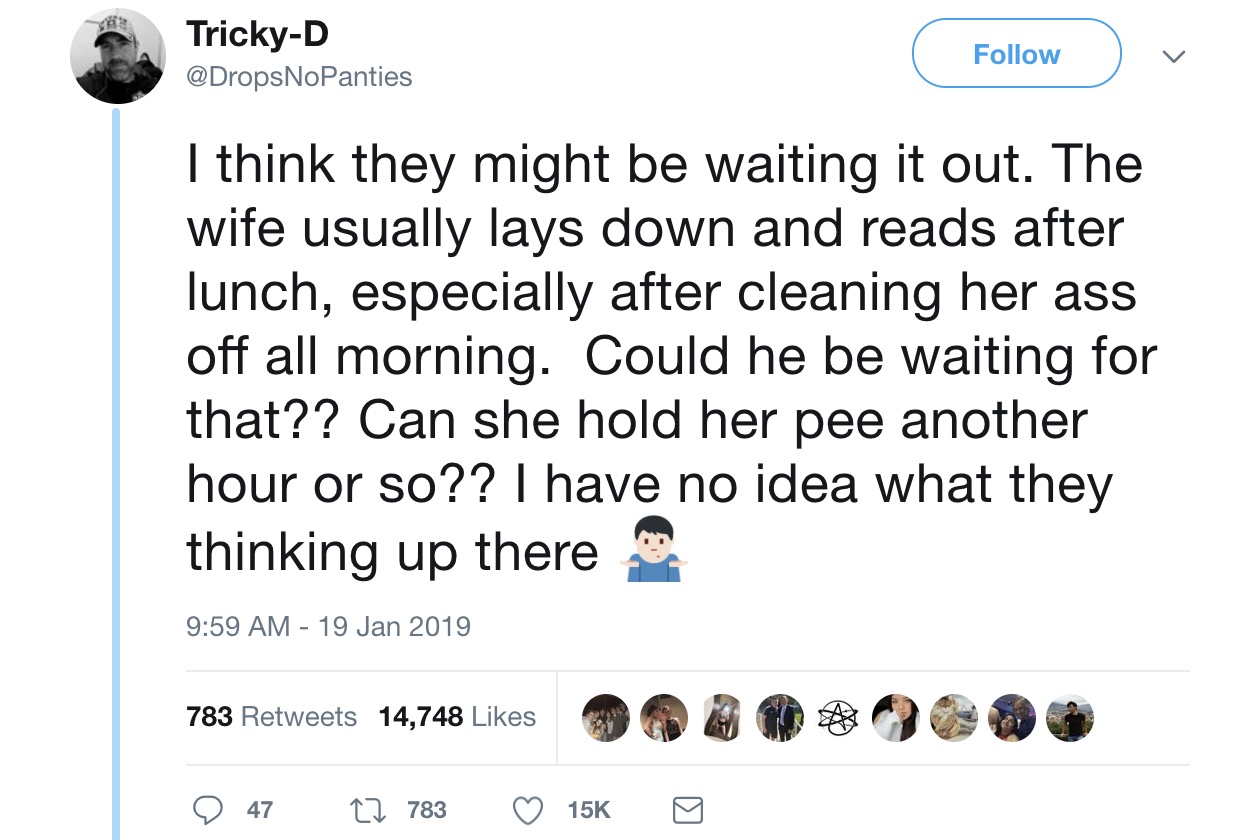 Eventually, Trick-D began to lose hope that his tale would have a satisfactory resolution. In screenwriting terms, this is our “all is lost” moment. 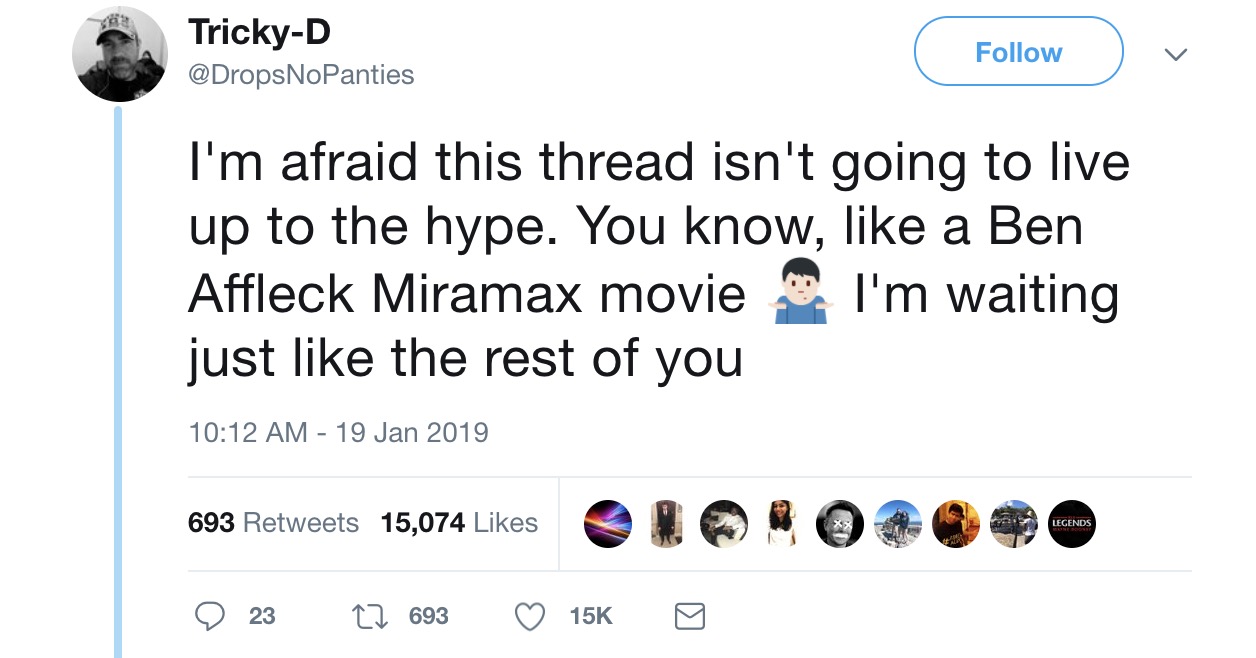 But then, a sighting! Not only did Stepson’s date make an appearance, she’s one of his friends! Drama! 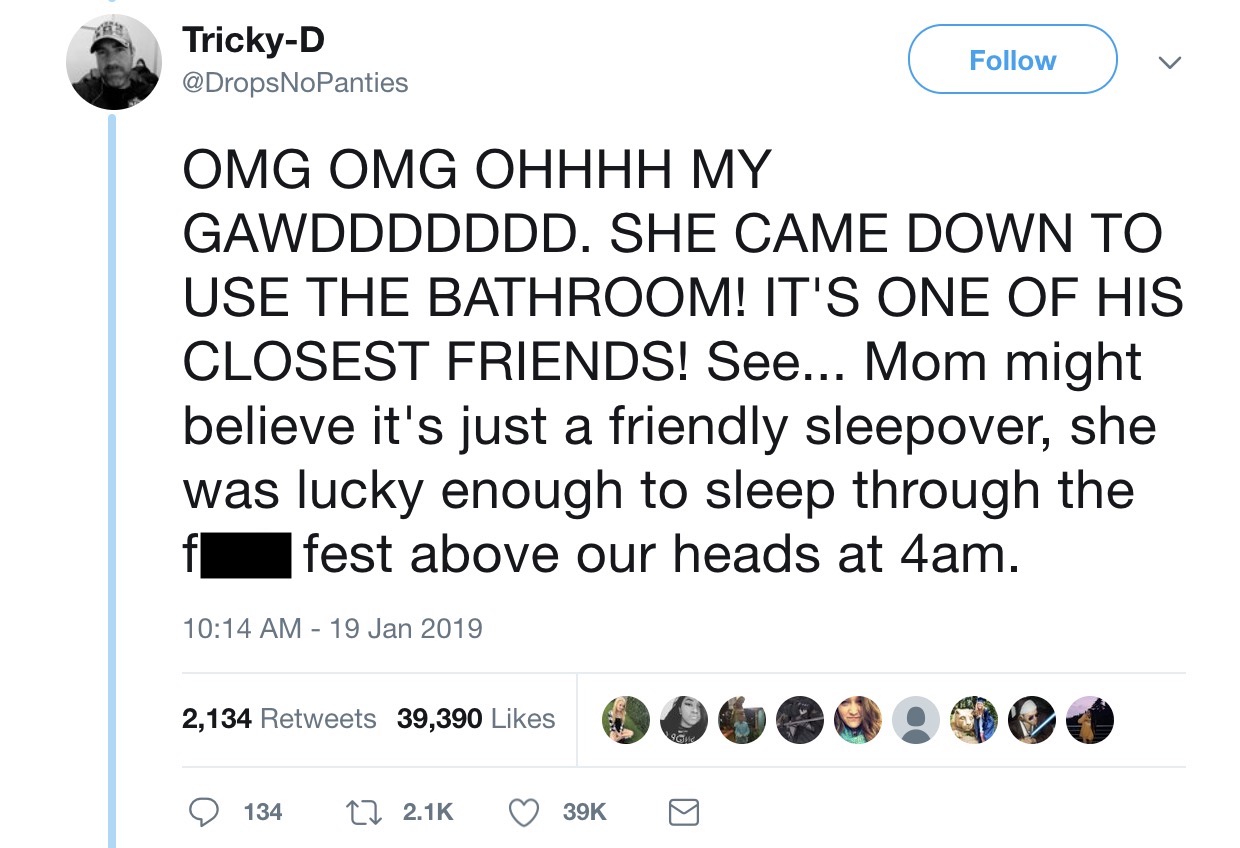 Somehow, Mom didn’t notice anything. At this point, if you’re like me, you might be thinking “Mom didn’t notice” is actually “Mom pretended not to notice.” Because, come on. 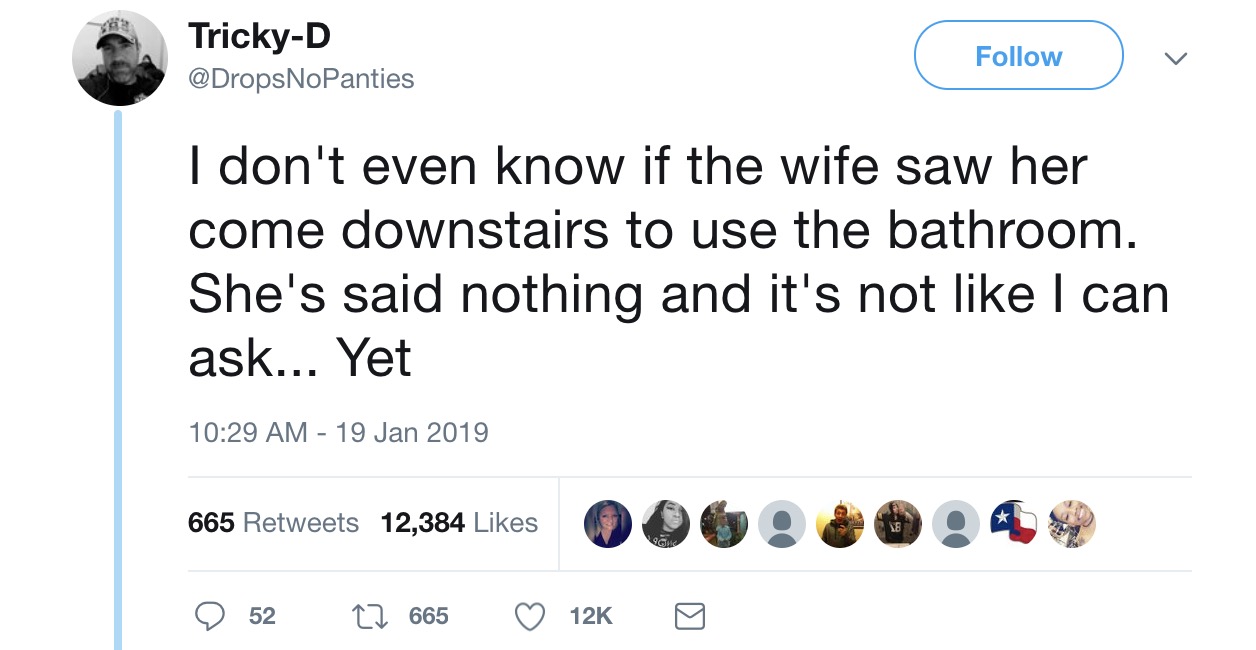 With Phase One of Stepson’s date’s escape attempt complete, it was time for Phase Two: Shoe Retrieval. 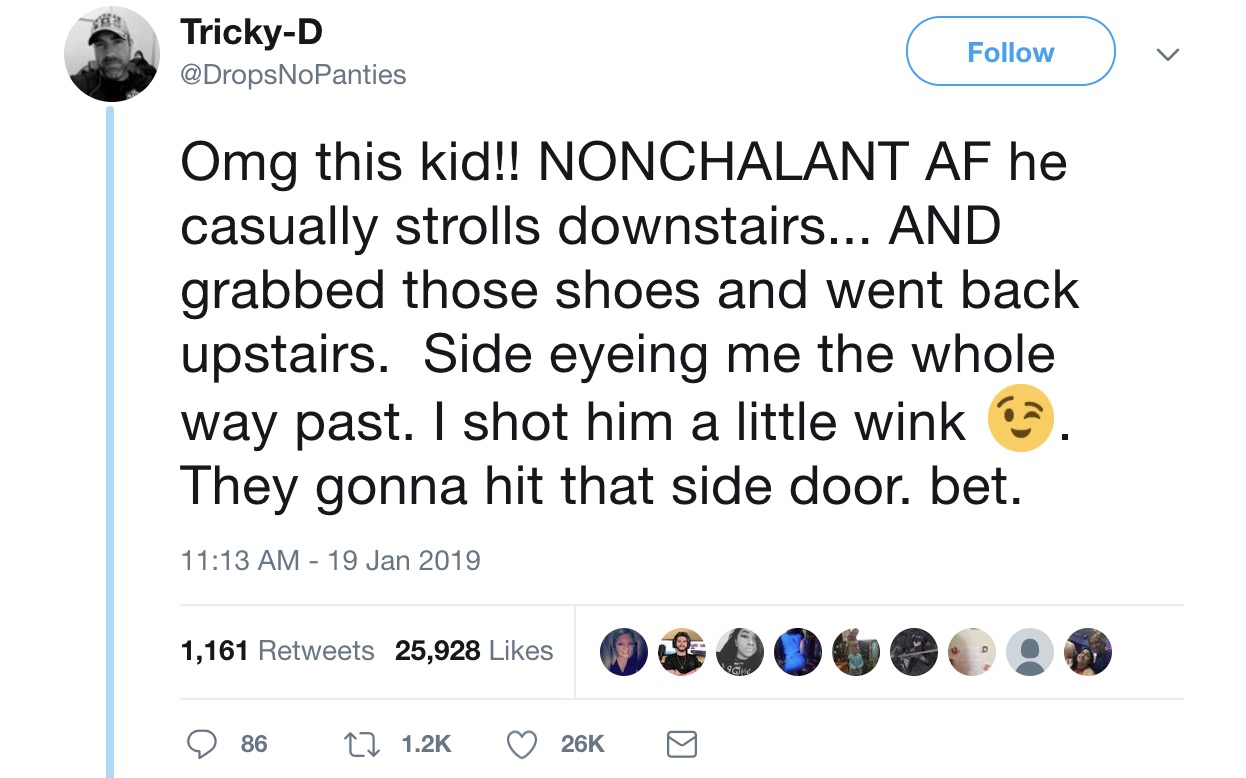 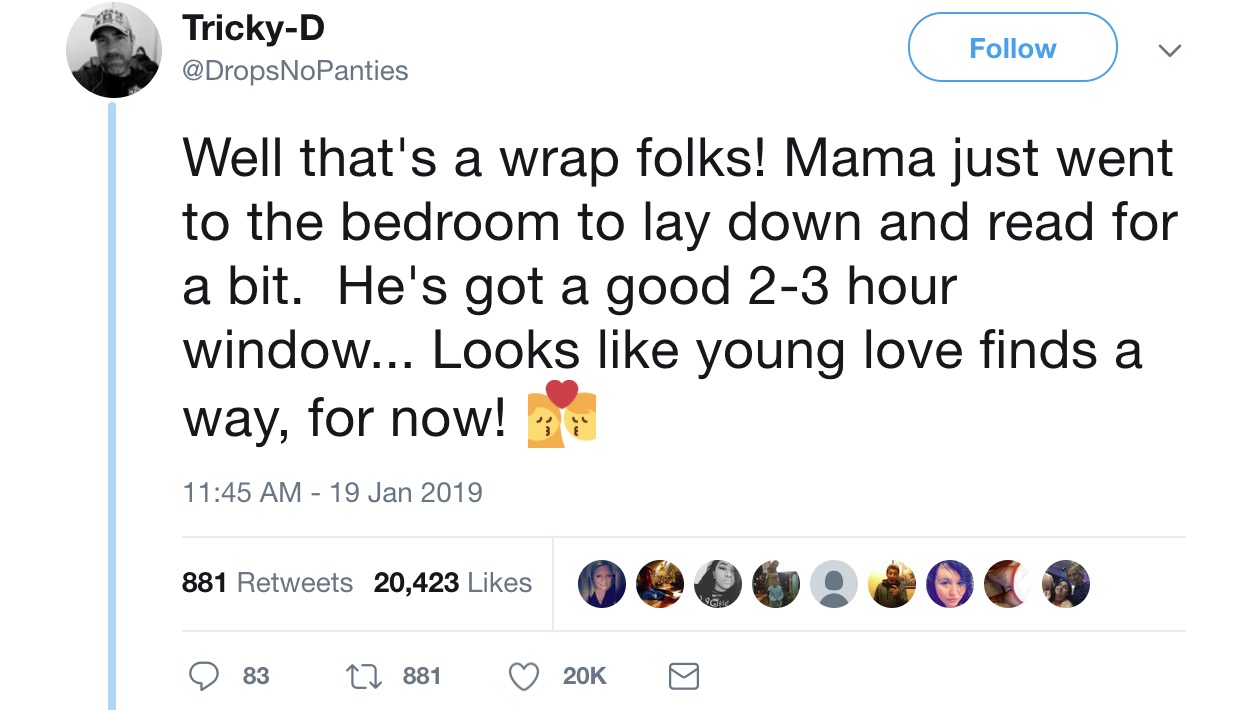 The escape was a success. 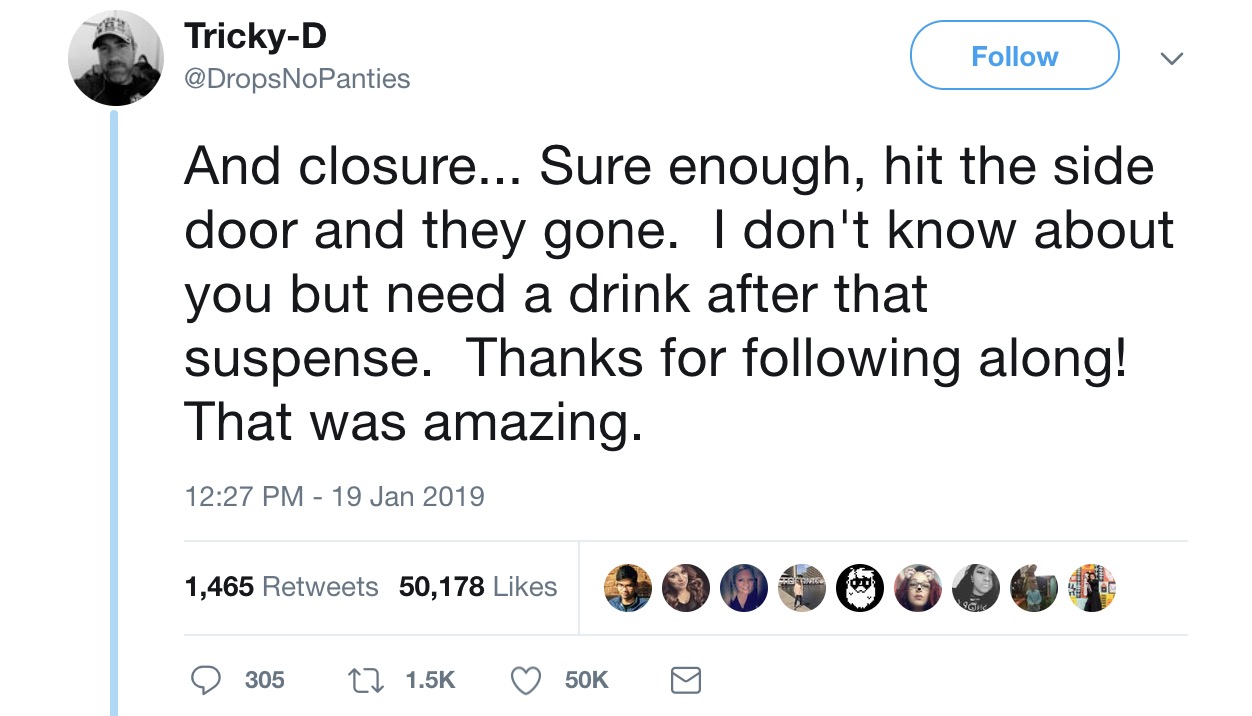 And that was that. Stepson and his sleepover pal got away with it scot-free. Or at least that’s what Tricky-D would have us believe.

There’s just no way Mom never realized someone else was in her son’s bedroom, and there’s DEFINITELY no way she didn’t hear anything during the night. Moms have a sixth sense for that kind of thing. Hopefully someday we can get Mom’s side of the story, titled “Why Does Everyone Think I Don’t Notice Things?”