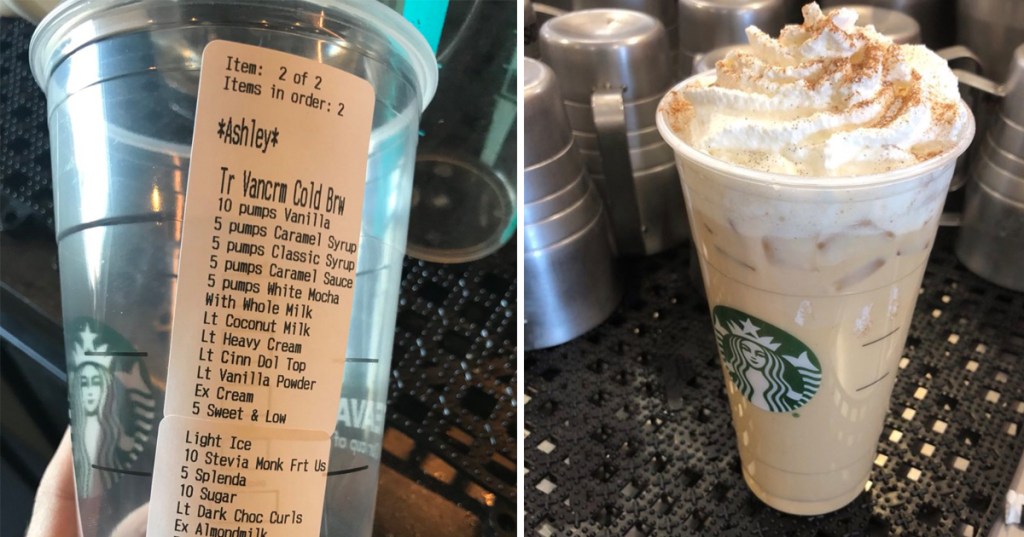 When it comes to “first world problems,” this one’s at the top of the list. We’ve all been there: waiting in line at Starbucks while some yahoo makes approximately 3,000 modifications to their drink. To someone like me, who enjoys paying too much to drink too much coffee, this behavior is on the same level as burning down my house. You are my enemy, forever.

Well, the baristas don’t like insanely complicated drink orders either, because they’re the ones who have to make them. For one barista named Jessica, a recent drink order from a customer named Ashley was so exceptionally convoluted that she had to share it on Twitter. That prompted other baristas to share their order horror stories, and today we’ll be looking at some of the worst offenders in Starbucks ordering.

(Also, honestly, it’s kind of also Starbucks’ fault for offering so many drink options and expecting the public not to abuse them. For an all-seeing mermaid, Starbuck really dropped the ball on that one.)

1. The one that started it all.

Ashley you have to be trolling us right now… pic.twitter.com/Z0KgF79w0X

I don’t even know where to start. Thirty total pumps of syrup. Twenty-five more sweeteners. More dairy than the entire state of Wisconsin. And the fact that this is the second item in her order. If this is her second, what the hell was the first? Maybe it was a giant salt lick to cancel out the drink.

Luckily for us, Jessica broke the drink down into steps so we can see what exactly Ashley quaffed.

This is just the syrups yall pic.twitter.com/z6EBleNUNA

Definitely looks like totally normal syrup and not some weird chemical concoction that tastes like syrup. Definitely something you should put in your body. This is all normal. Everything is normal.

Felt like I had to. For the culture ?? pic.twitter.com/7B2vEix0GW

Which…actually doesn’t look too different from a regular doppefrappamachiatto.  It’s a bit like a hippopotamus. Looks delightful, but if you get too close it’ll rip your face off.

4. And then, other baristas shared their nightmare drinks…

Some orders I’ve gotten. There’s been worse of course pic.twitter.com/iBefNEUUrm

Seventeen shots of espresso?!?!?!?!?! That’s enough for this drink to legally qualify as cocaine. Instead of calling it coffee it should be called “Stephen King in the 80’s.”

5.  Many drink orders are so long they require a second sticker.

This is from a guy at the store I used to work at ? he used to do this once a week for his free drink, no tip, actually drank it pic.twitter.com/AQk27esk07

This drink is like several drinks in one. You get a caffeine fix, plus a workout supplement with the protein powder, plus enough syrup to kill a horse. It’s beverage multi-tasking!

6. And many drink orders are way more than the cup can handle.

This came in a few weeks ago could’ve filled three grande cups with left overs pic.twitter.com/BTwIFT24E6

That Venti cup later had to get treatment for PTSD. 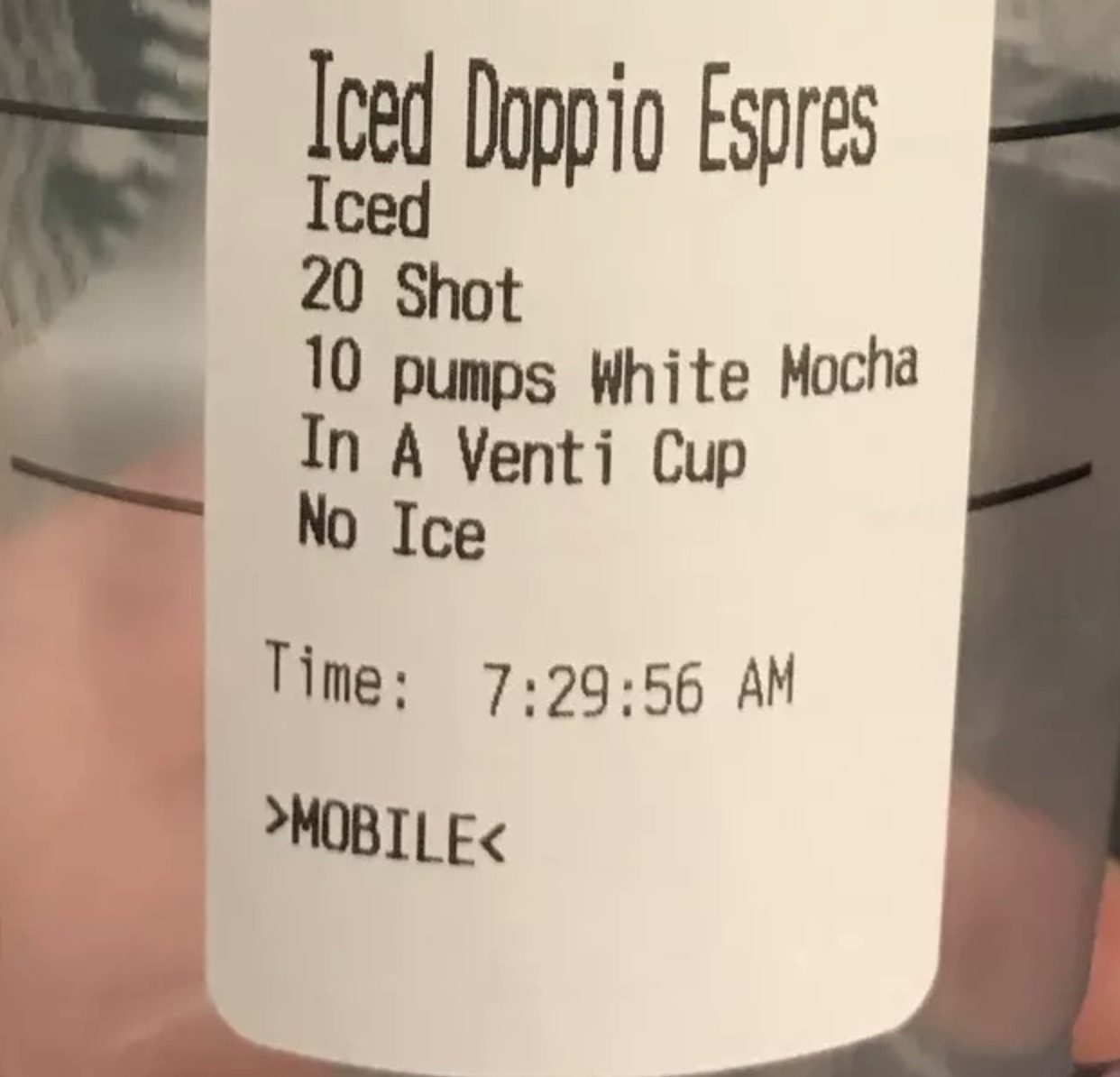 Is it an iced drink? Or is it a hot drink? Who knows? Maybe both!

Actually, if it’s the average Starbucks customer, they probably wanted the barista to start the drink with ice, and then once it’s done pick the ice out with their fingers and present it on a plate to be sucked. I am positive this has happened in real life. 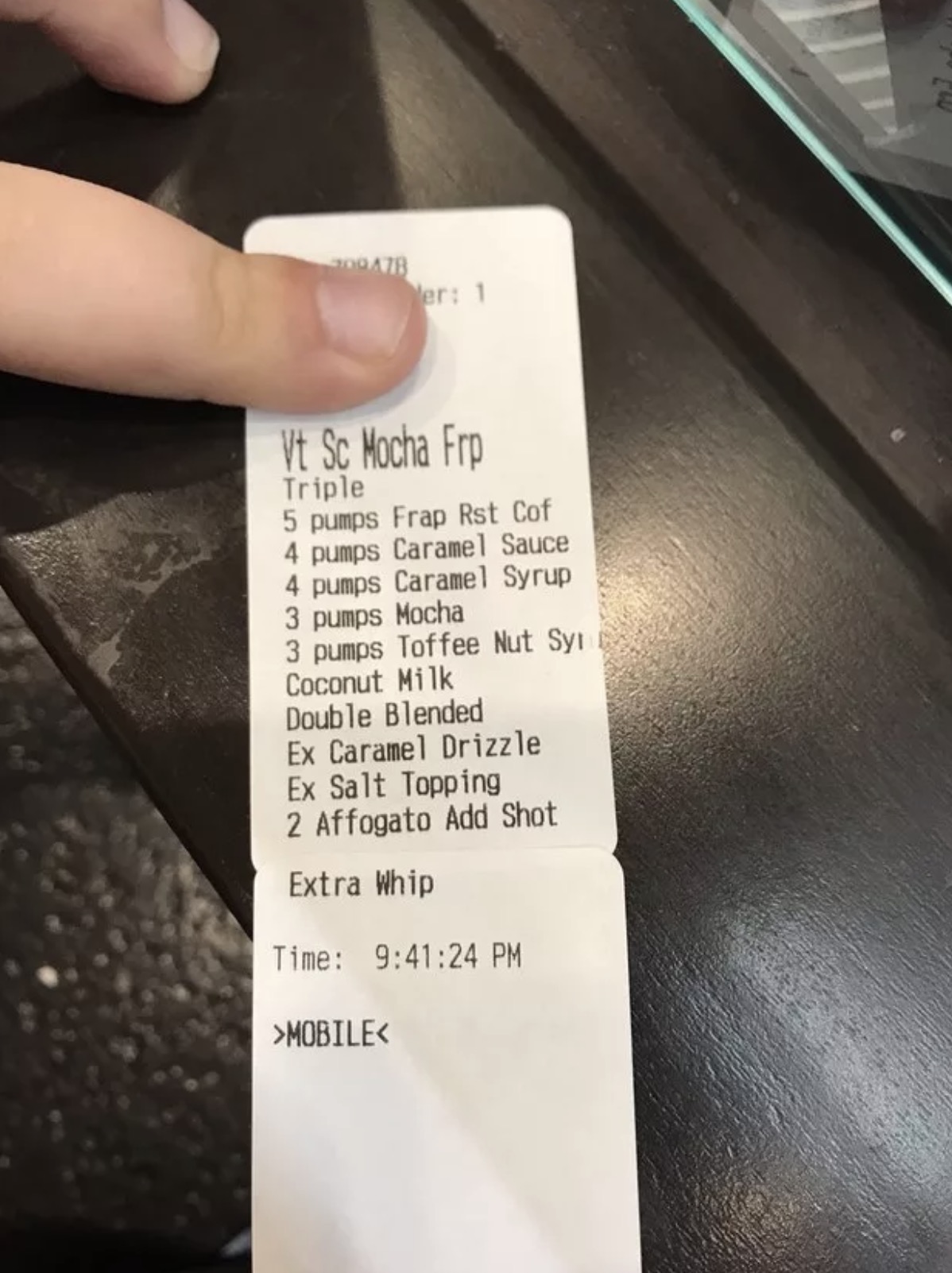 Somebody ordered that drink at 9:41 p.m. It should come with a complimentary side of valium. 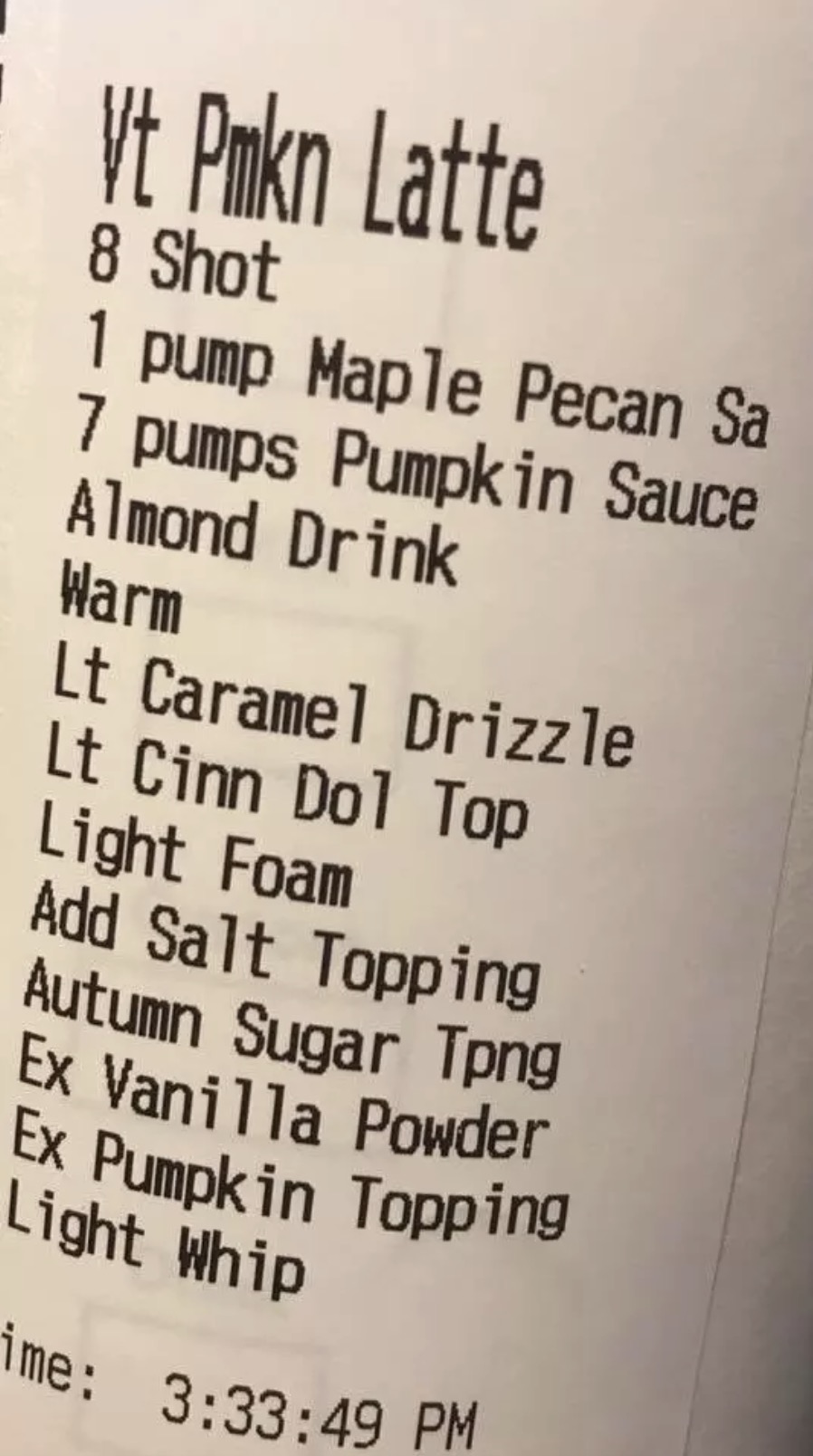 10. Someone loves caramel. (And maple pecan.) 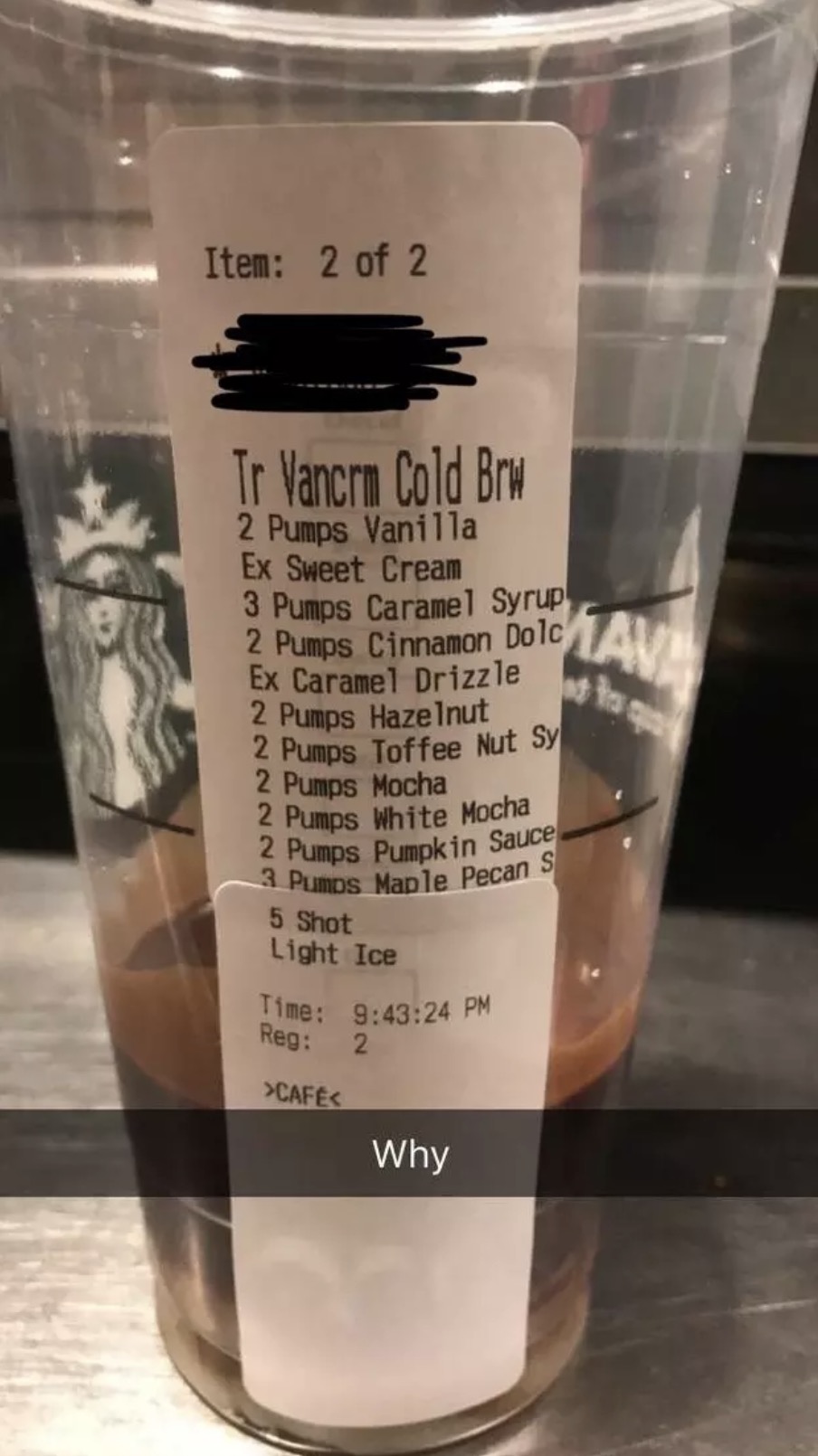 I love how this person wanted three pumps of those two flavors, and only two for everything else. The fact they can taste the difference means they have ordered this drink several times. They’re probably turned into this drink by now.

11. It’s about quality, not quantity. (Plus lots and lots of quantity.) 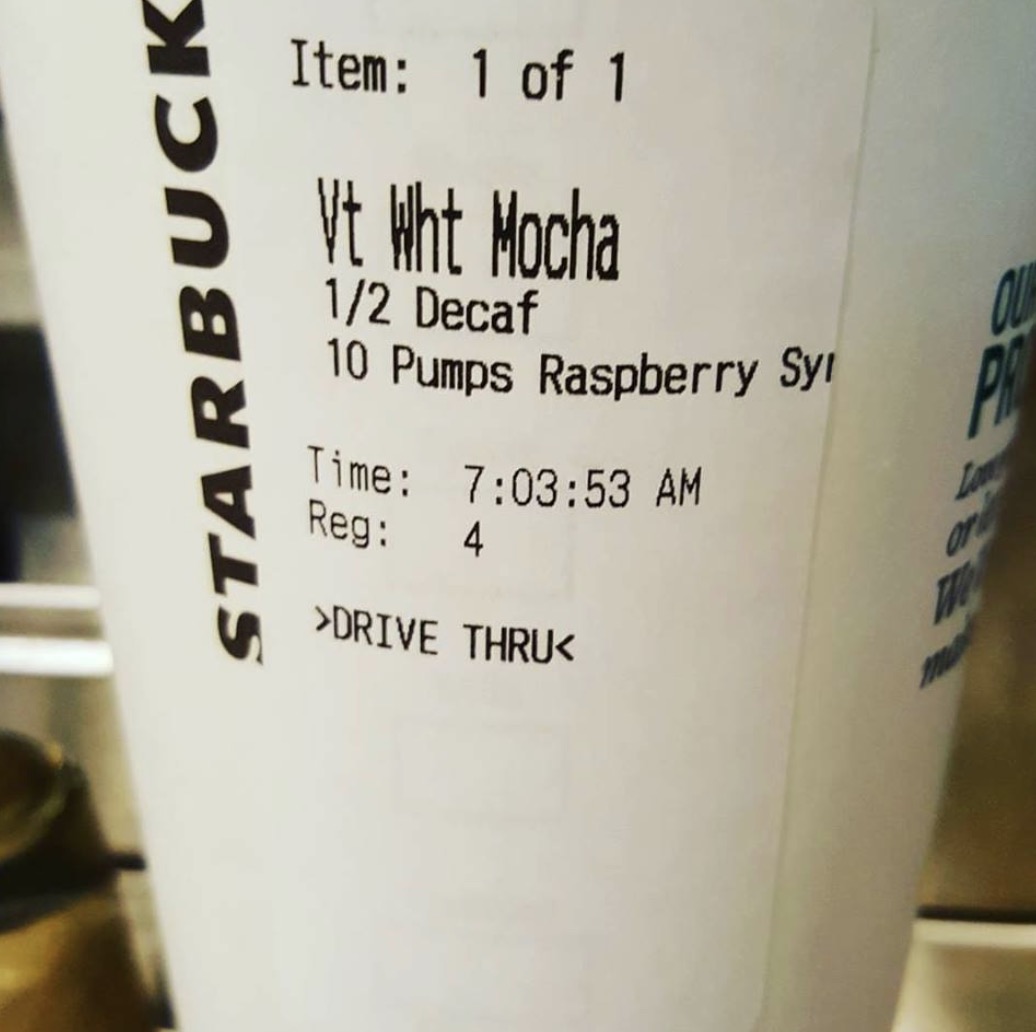 Sometimes, when you love that one special flavor, you don’t need anything else. And then you need so much of that flavor that your dentist will get a cavity. 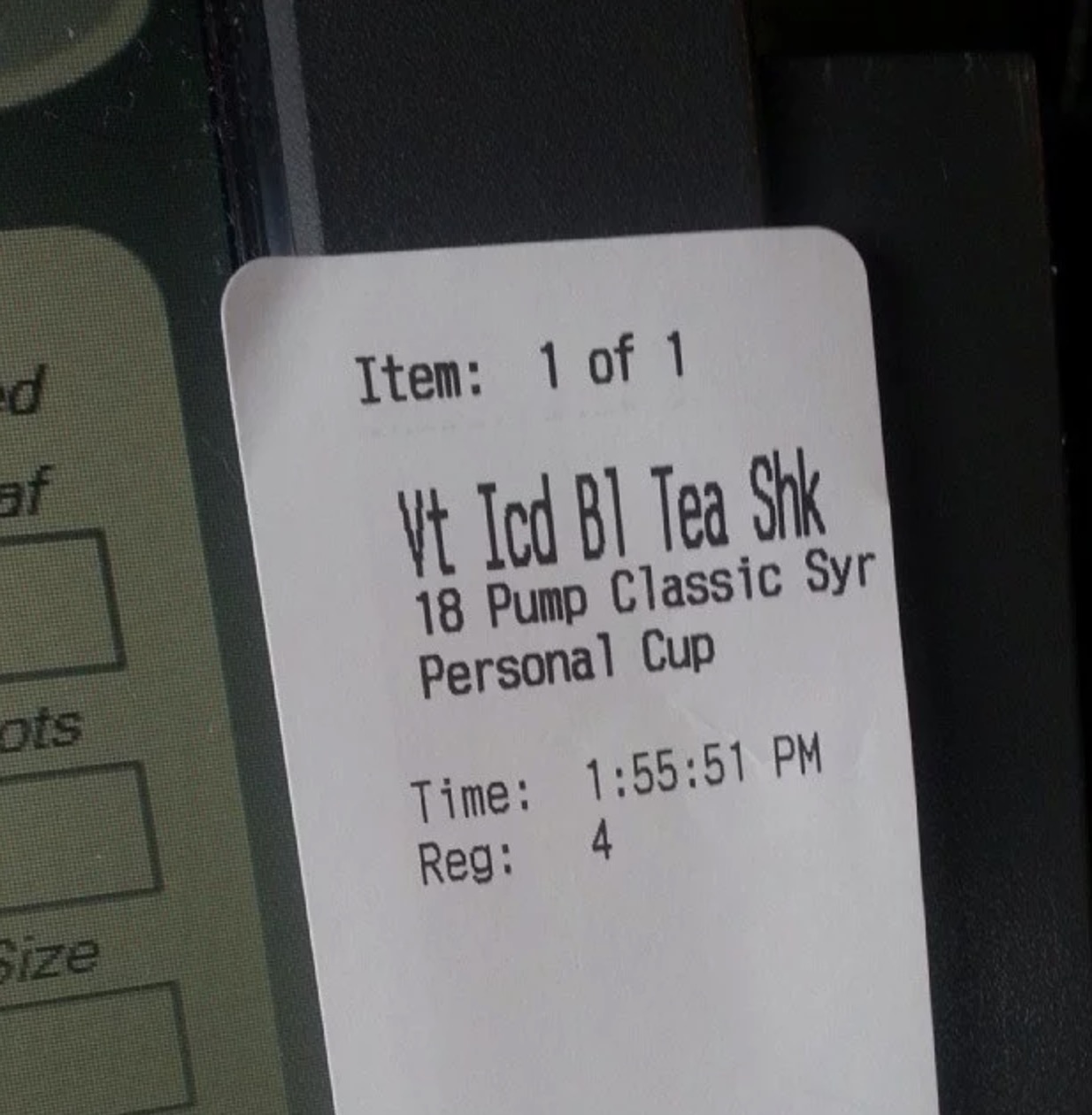 How in the hell do you land on exactly EIGHTEEN pumps of syrup? Like, when you get to 15, do you just keep going up by one until you get it exactly right? Or do you ask for 20, and then taste it and shriek “I flew too close to the sun!” I need to know. 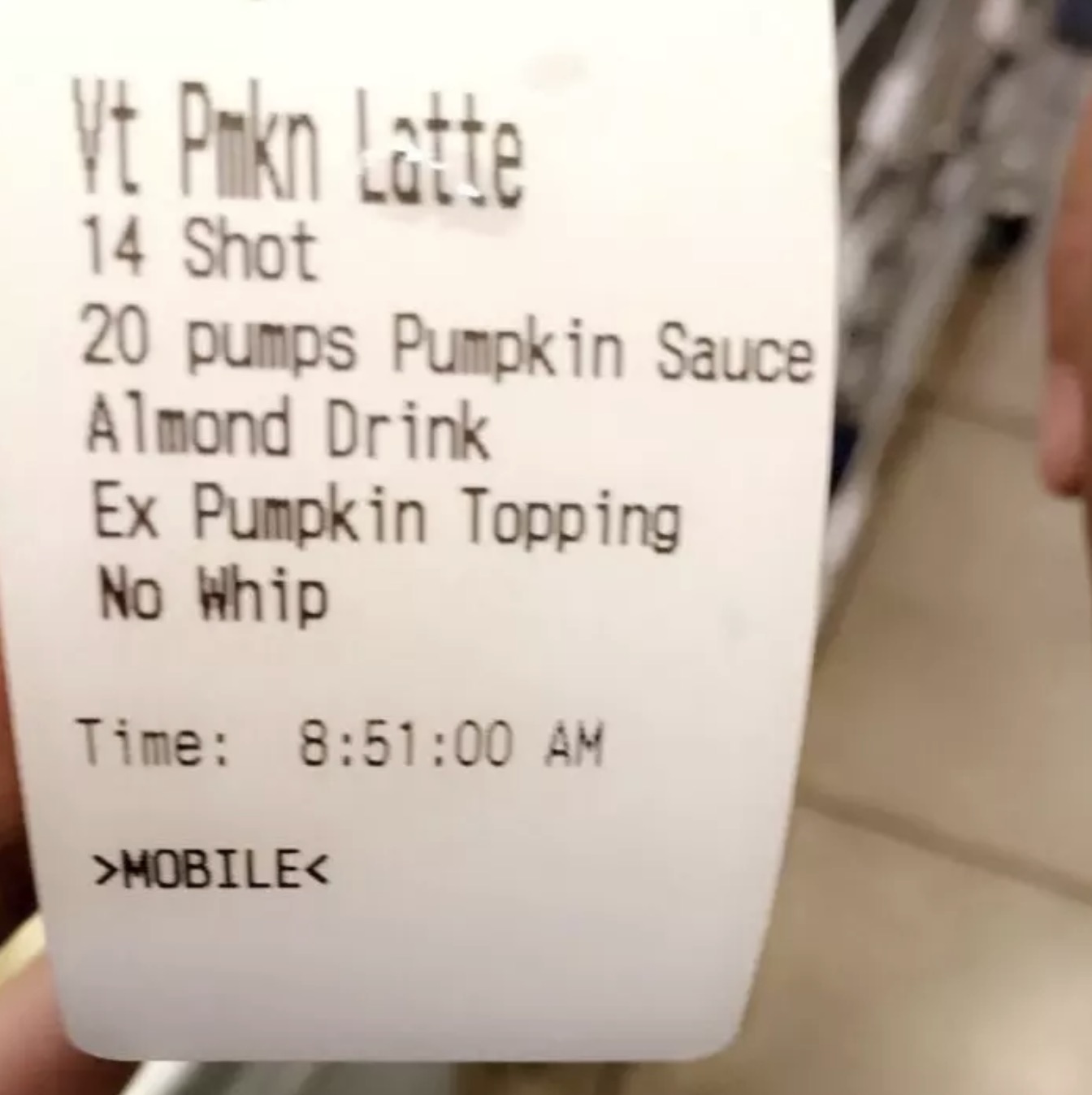