Someone Created A Joke Petition To Sell Montana To Canada, And It’s Actually Gaining Support

The US National Debt has been rising for decades. Last week, it topped $22 trillion for the first time ever, rising from half that number just a decade ago. While economists and politicians debate about whether our debt is too high, and how we might lower it, one guy has a novel solution: sell Montana to Canada.

And perhaps even weirder, many Americans, and even some Montanans, are into it! 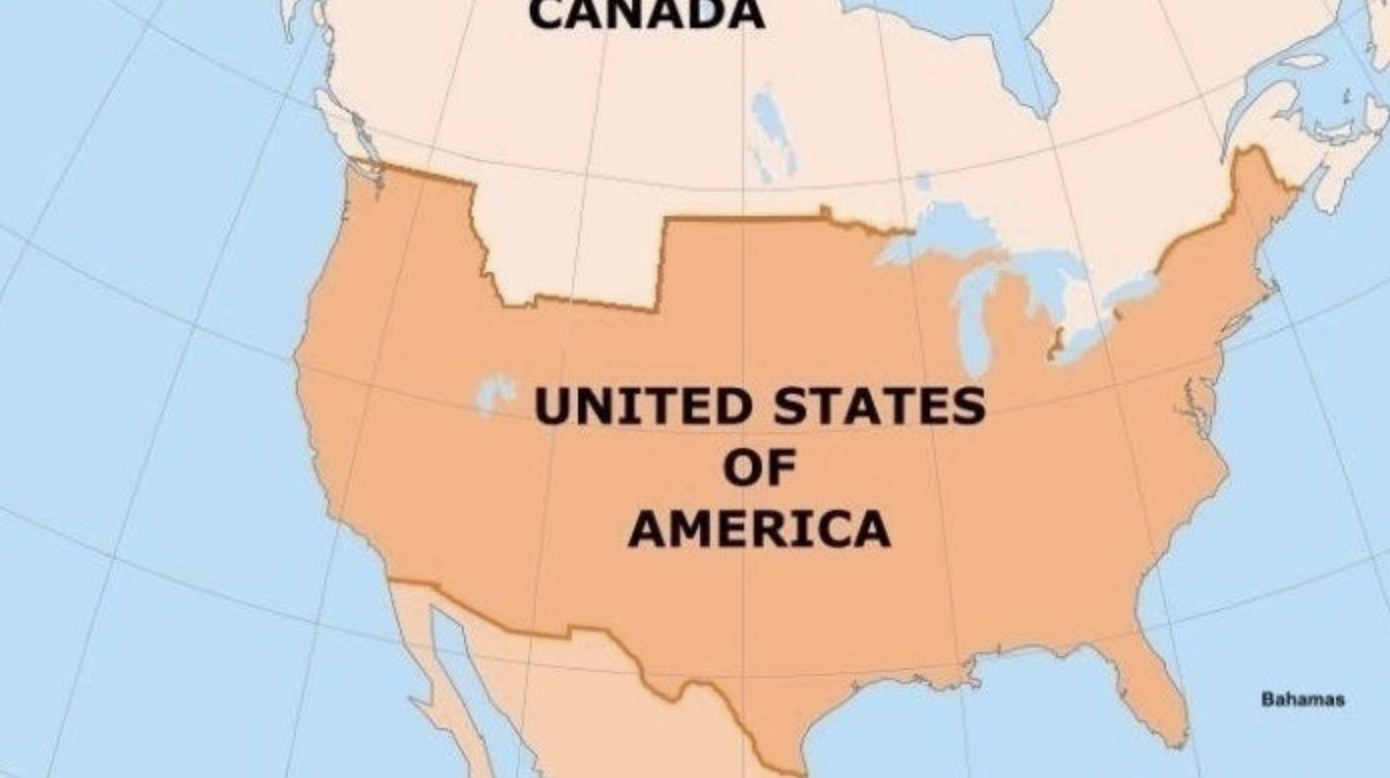 A Change.org user named Ian Hammond started the petition last week. His argument for selling The Treasure State was short and sweet, writing: “We have too much debt and Montana is useless. Just tell them it has beavers or something.”

Originally, the petition’s goal was 5,000 signatures, and it passed that mark a couple days ago. Now the number of supporters sits at over 6,800, just a few hundred away from the next goal of 7,500.

That’s a lot of people who are either sick of our national debt, or just sick of one of our less noteworthy states. 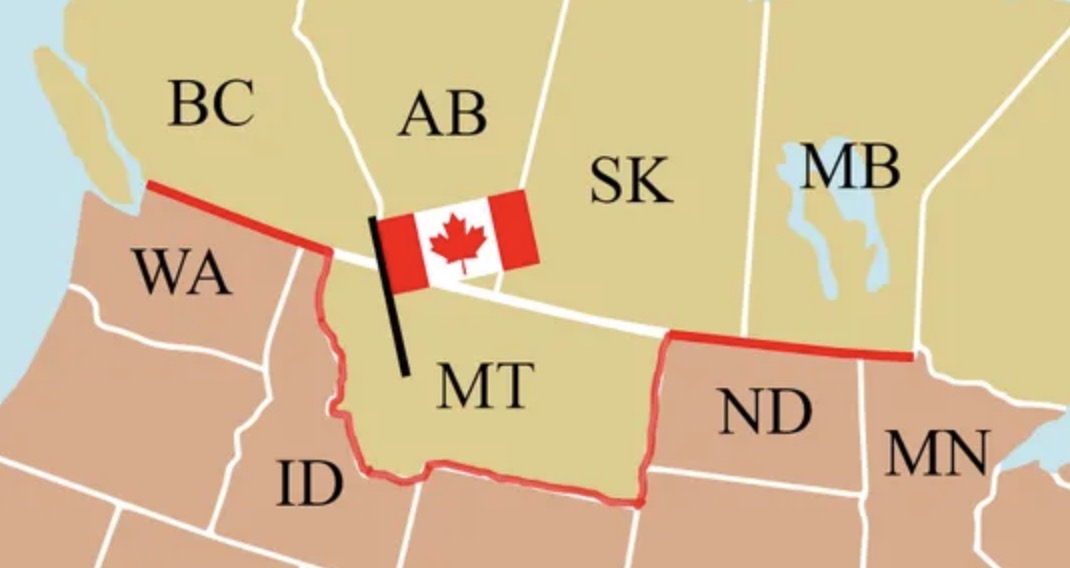 There’s not a chance in hell that this will ever happen, (we’ll get to that in a moment), but just as an exercise, let’s see what our neighbor to the north would be getting by purchasing our 41st state.

In terms of territory, Canada would be getting a lot of land without a lot of people living on it. Montana is 147,040 square miles (or, 380,800 square kilometers), and today it’s home to only 1,062,305 people. For comparison’s sake, that’s slightly more people than the population of San Jose, California. So, not that many Americans’ lives would be affected by the sale.

Montana isn’t as developed as other states, but where Canada really wins is by acquiring its many natural resources. Montana is still home to major gold deposits, as well as the nation’s largest coal reserves, and 13 million acres of commercial forests. Montana is even home to Glacier National Park, and some of Yellowstone National Park.

So: Montana is some pretty sweet real-estate. That $1 trillion might not even be a fair price for it. 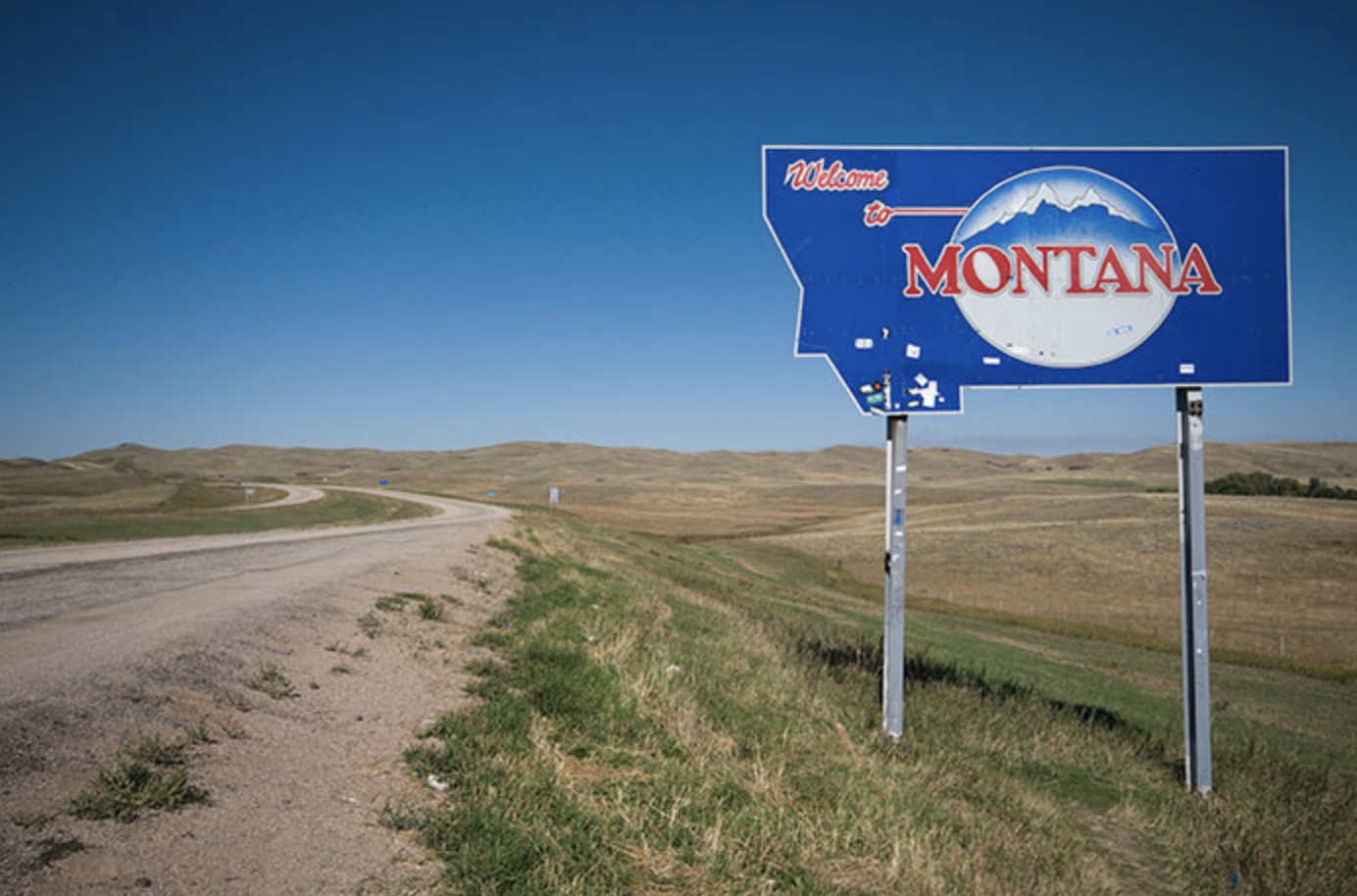 But the plan to sell Montana to Canada to solve our national debt has quite a few obstacles. (Besides fact that this is a joke petition started on the Internet for the lulz.)

First off, you don’t have to be an economics whiz to see that $1 trillion is just a drop in the bucket when it comes to our overall debt–in fact, it would barely cover America’s typical budget deficit. Right now, America’s annual budget deficit is $985 billion, and the Congressional Budget Office estimates that number will be $1 trillion by 2022. Our sweet stack of Montana cash would be obliterated in a year.

And then there’s the debate as to whether a huge national debt is even a problem. Plenty of sources warn that a high debt will result in more financial crises, while others say it’s not so bad as long as our GDP is high. We’re not going to try to solve that question here on a comedy website. Instead, we’ll let the problem be solved in the healthiest environment possible for a political debate: the Facebook comments on this article. So have at it! 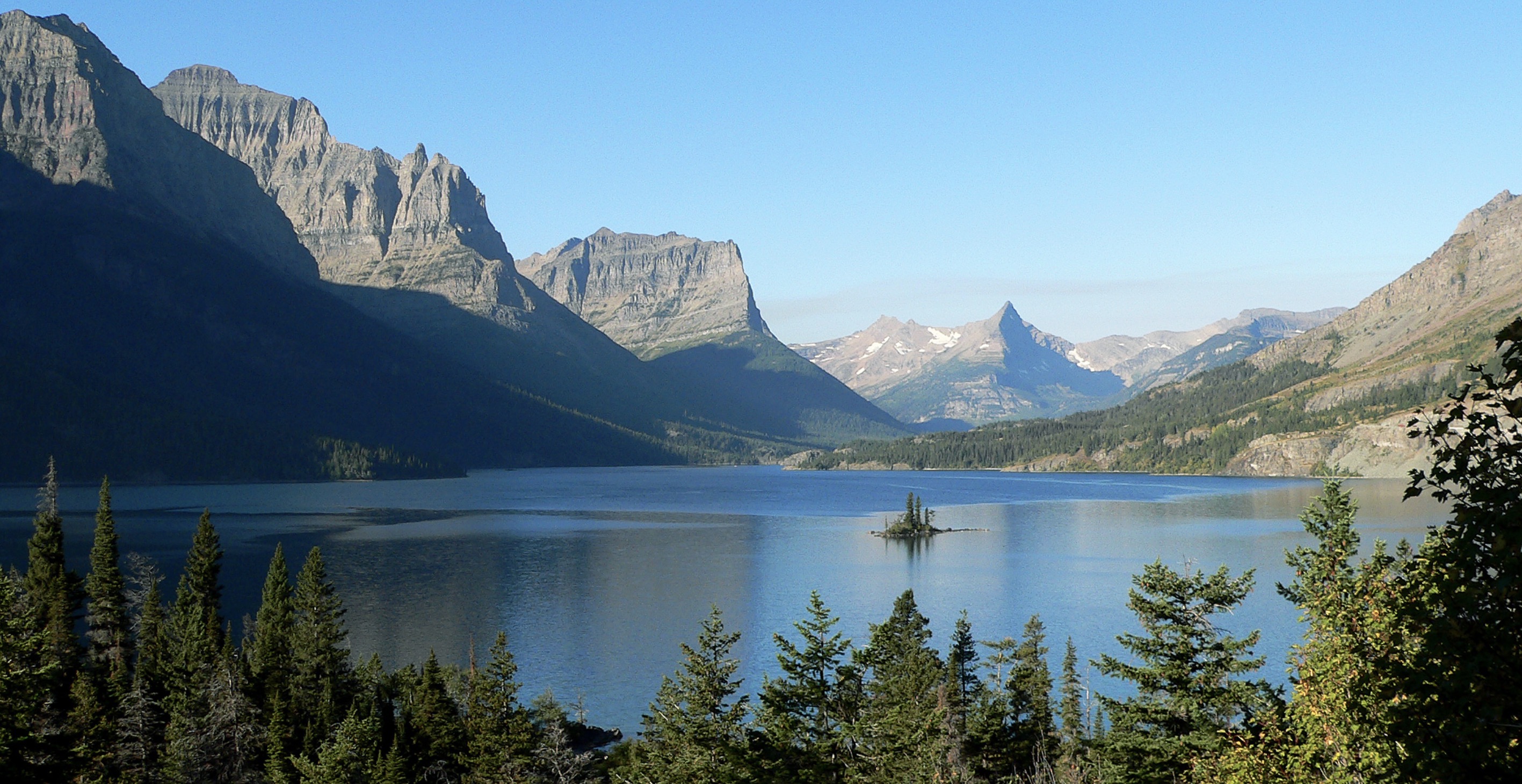 But let’s say hypothetically that selling Montana will solve our debt problem, and that America actually wanted to carry out this plan. Can America just sell off a state it doesn’t want? It’s complicated!

Historically, countries have sold their territories to increase their national treasuries. You might remember from history class that America itself bought the Louisiana Territory from France in 1803, and Alaska from Russia in 1867. More recently, countries around the world have sold off national assets, like when many former Soviet republics sold state-owned enterprises in the 90’s. The selling of American states has even proposed in modern times as a solution to our debt problems, like when Steven Mufson suggested it in The Washington Post in 2012. (Semi-jokingly, but still.)

The problem is, the federal government probably can’t legally sell off a state, at least not without the state’s citizens’ permission. The 10th Amendment to the Constitution states that “The powers not delegated to the United States by the Constitution, nor prohibited by it to the States, are reserved to the States respectively, or to the people.”

The federal government would probably need Montanans to vote on a sale to Canada, either through their legislature or directly themselves. So it would appear that this idea is dead in the water…or is it?! 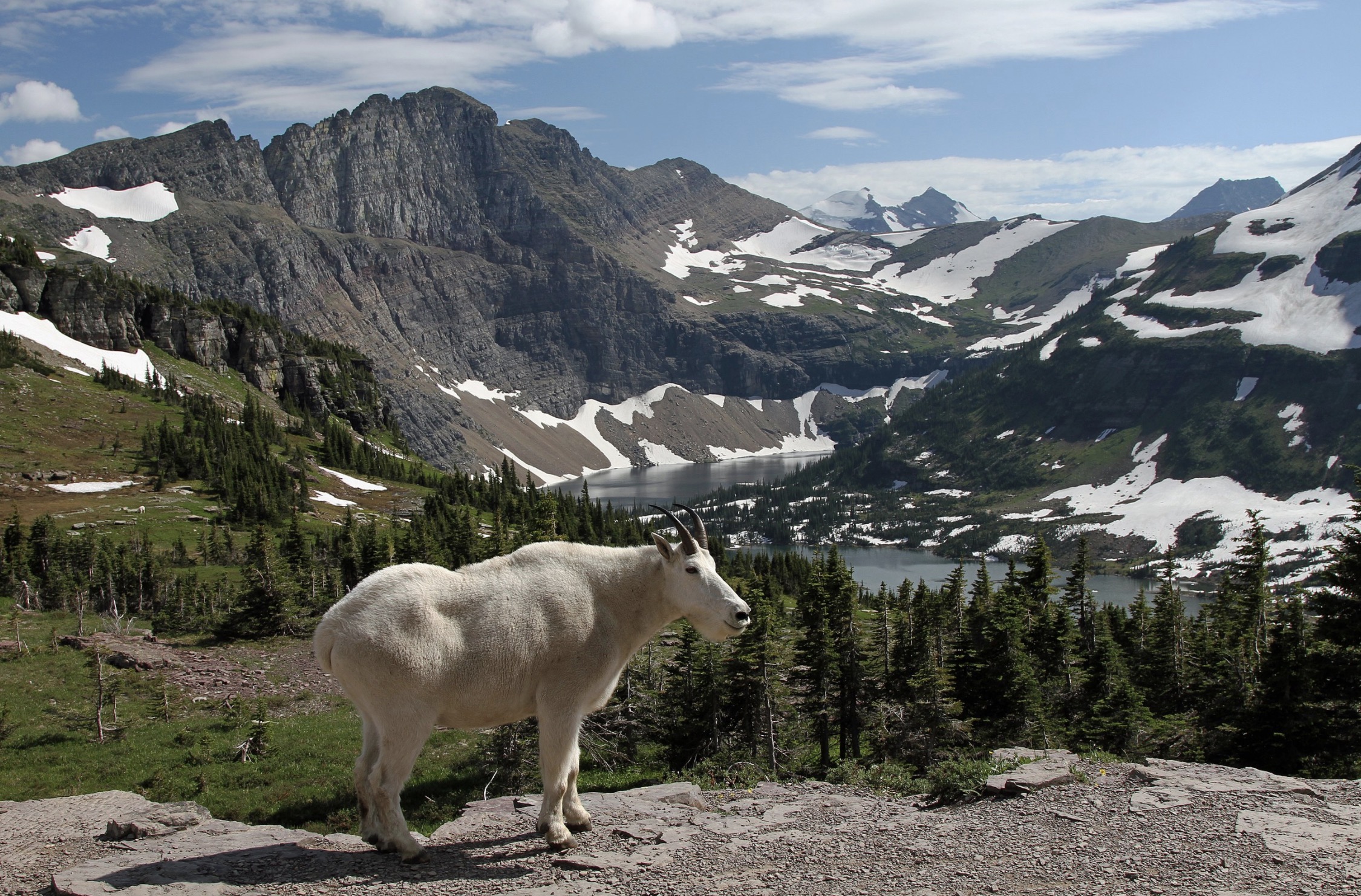 Because based on people’s comments on the Change.org petition, there appears to be at least some support for the sale. Several people are into the idea, including many Montanans.

Meanwhile, Americans from other states didn’t seem to mind only having 49 stars on the flag. Most of us forgot Montana even existed until the petition reminded us.

Some Americans even thought the Montana petition didn’t go far enough, and suggested selling off other states as well.

So who know? Maybe Americans will fly in the face of sound policy, common sense, and sanity and get rid of Big Sky Country entirely.

People Share Their Tinder Date Horror Stories
Ladies, These Are the Perfect Responses for When Gross Men Ask for Nudes
10 Great ‘So You’re Telling Me…’ Jokes from the Twitter-Verse
11 Vintage Health Ads That Make It Abundantly Clear We Did Not Understand Health
20 Hilarious Tweets by the Ladies, for the Ladies
KFC Is Actually Selling A Gravy-Scented Candle