Here’s the thing about traditions: they all seem normal if you grew up with them. Under any other circumstances, dragging a dead tree inside your house, and then inviting a strange man in a red suit to crawl down your chimney would get you committed to an insane asylum. Yet we do it every year! That’s part of the fun of learning about other cultures’ traditions: humans can get used to practically anything.

For example, if while you were enjoying a traditional nativity scene, a random boy walked up and dropped a deuce in the middle of everything? That would be unusual! But if you live in Spain, a boy pooping at Jesus’s birth just means it’s time for Christmas. 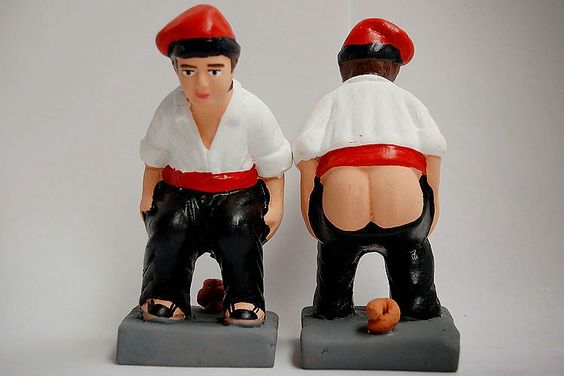 A statue of a traditional Caganer, (literally “srapper” or “shitter”), is what you see pictured above–a boy wearing a Catalan red cap (called a “barretina”), in the process of pinching off a loaf. Parents will often hide their Caganer somewhere in a nativity scene for the kids to find–sort of like a Where’s Waldo with more intestinal stress. Nobody knows when El Caganer became part of the nativity tradition, but it dates back to at least the 18th century. 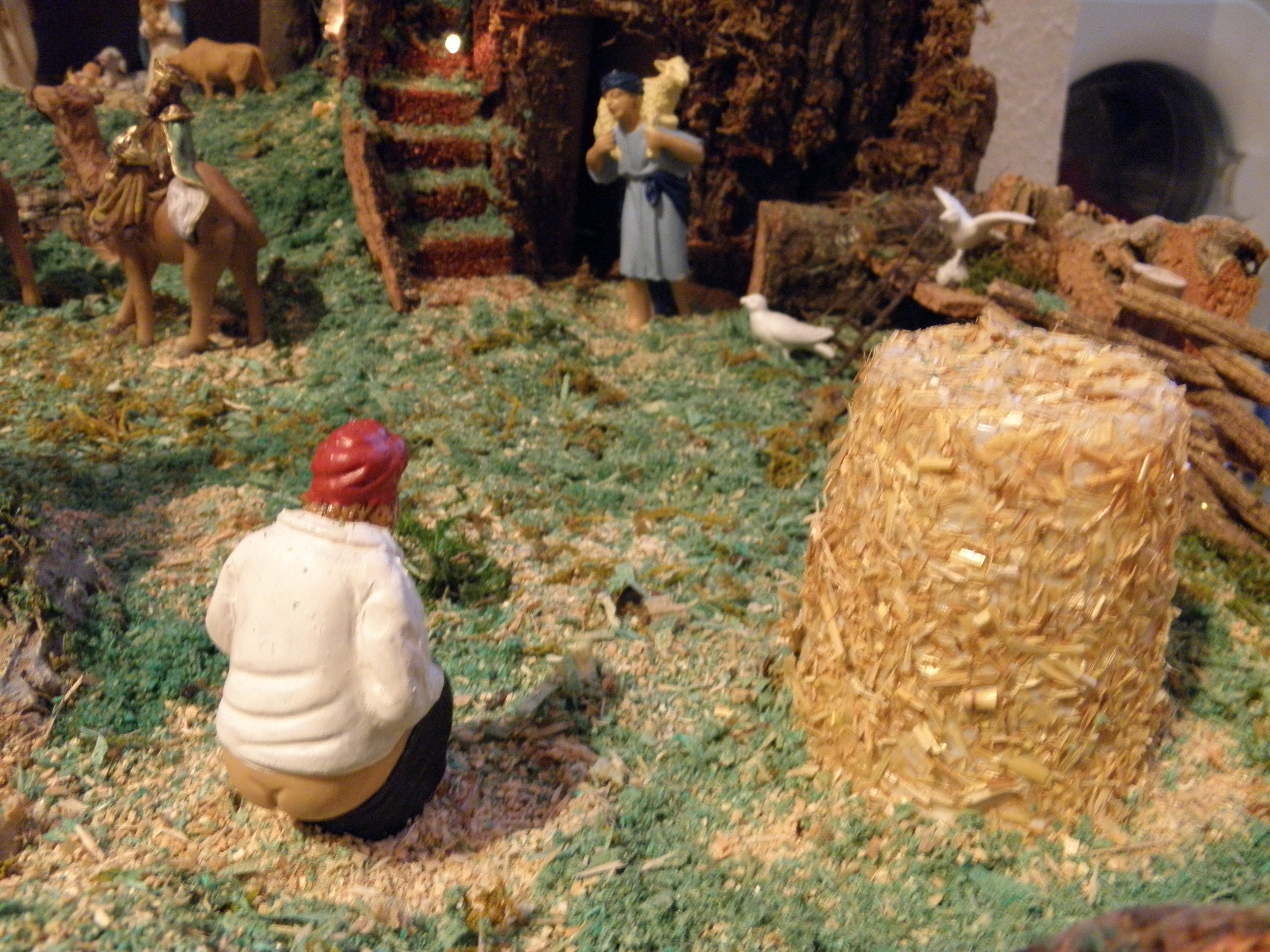 But that’s just the standard Caganer. These days, Caganer-style statues come in all shapes and sizes. Here’s a festive mall decoration in Barcelona. 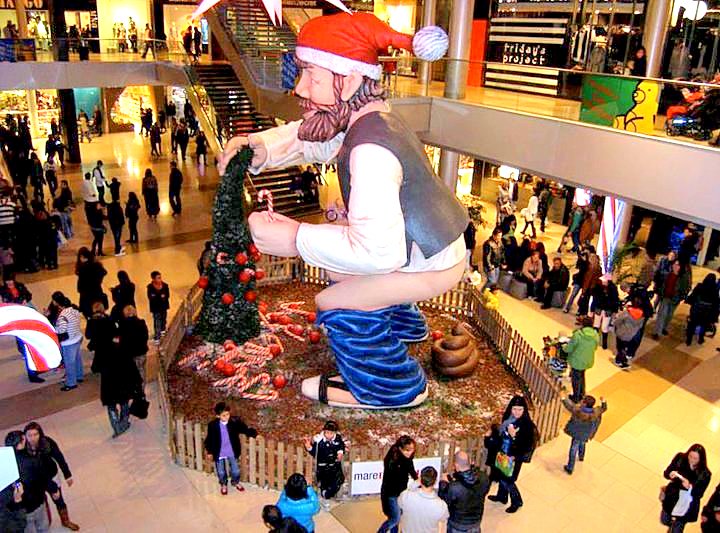 Celebrities or even fictional characters can be Caganers, too. The only criteria is that it’s layin’ pipe. 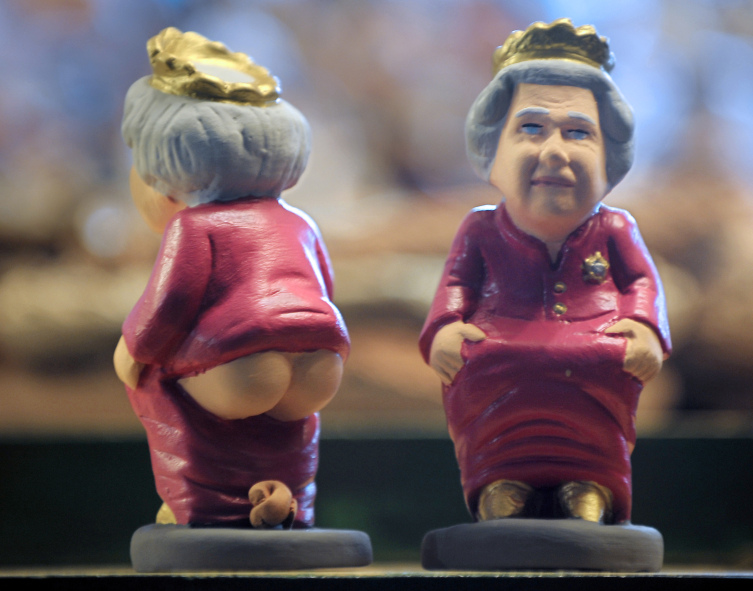 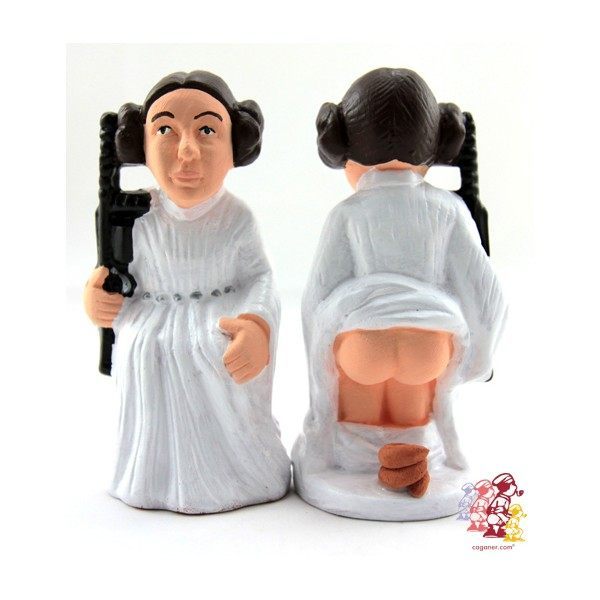 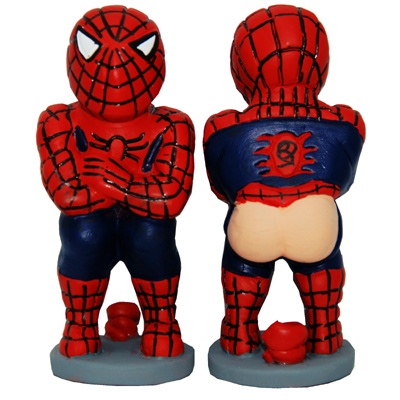 As far as what El Caganer means, however, that’s hard to say. Like many great traditions, the original meaning has been lost to time. One theory is that it symbolizes replenishment and renewal, since the Caganer is literally fertilizing the ground. Others think it’s a way to remind ourselves that we’re all human–pooping is the great equalizer, after all. Rich or poor, everybody does it. Some believe it’s a response to the exhausting, mandatory cheerfulness that comes with the holiday season. One anthropologist even described it as a way to “Process and respond to contemporary social issues such as immigration and the imposition of public civility regulations.” But if you ask me, it’s a tradition because someone tried it once, a bunch of other people thought it was hilarious, and it stuck. 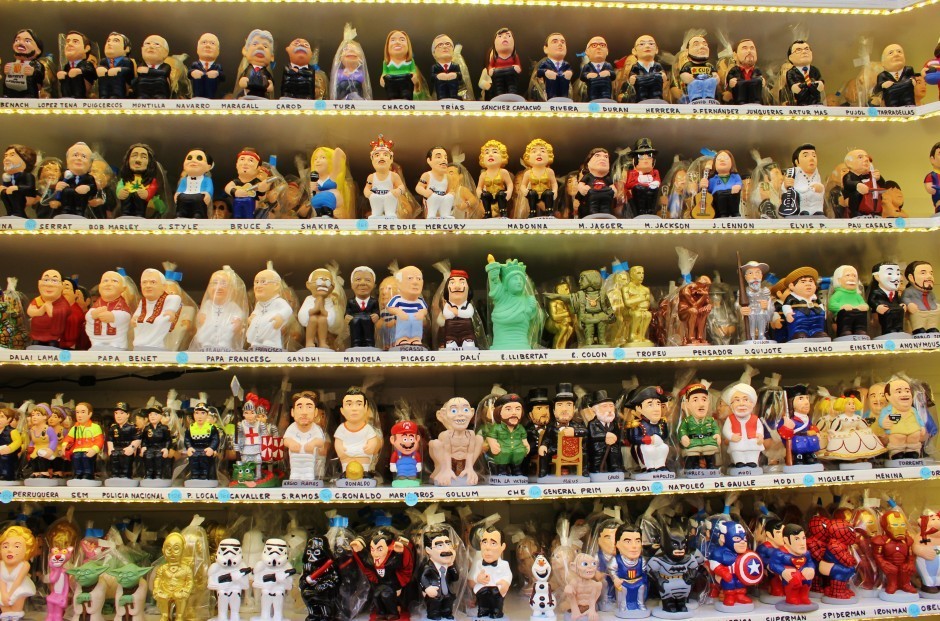 El Caganer isn’t even the only poop-themed Christmas celebration in Catalan regions of Spain. “Tio de Nadal,” (literally “The Christmas Log”) is a hollowed out log with a smiling face and festive features. 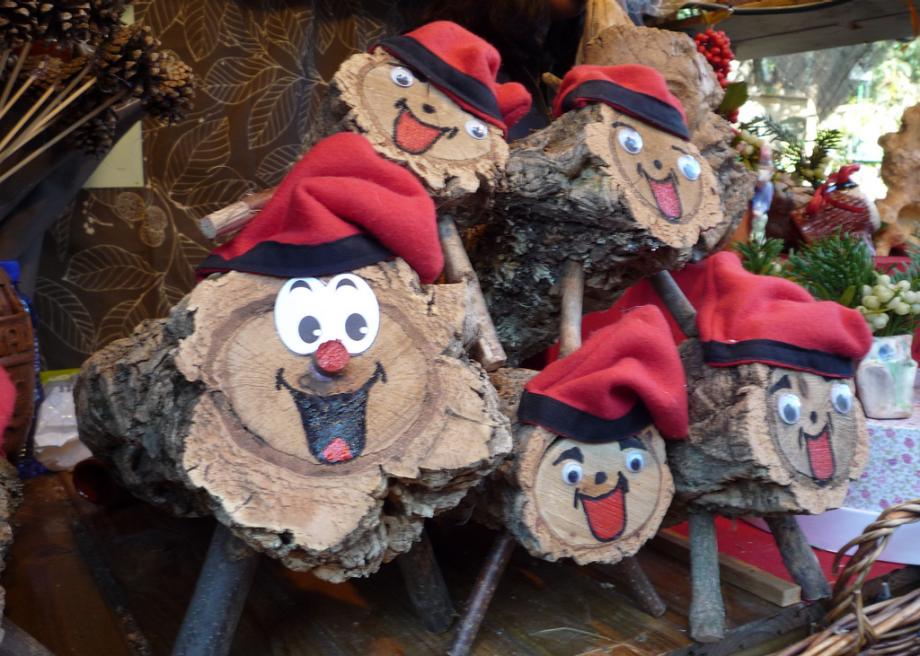 On December 8th, kids “feed” the log with nuts, dried fruit, and water, and then wrap it in a blanket. On December 24th, everyone gathers to beat their Tio de Nadal with sticks and sing a traditional song:

After which the kids look under the blanked to discover their log has “pooped” presents and candy.

So the next time you see a nativity scene in your area, why not don a red cap and volunteer as a Caganer. If anyone tries to stop or arrest you, tell them “It’s tradition!”