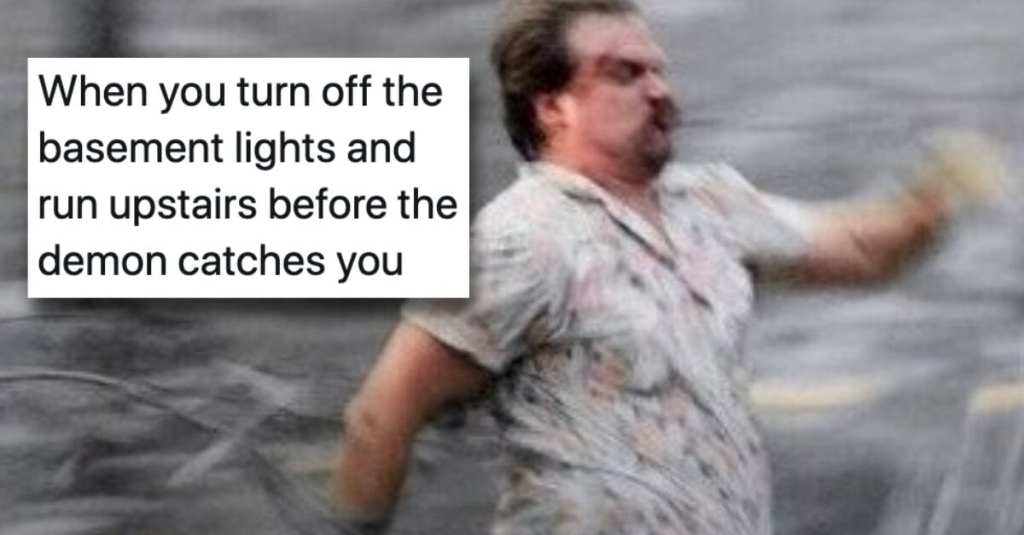 People Share the Irrational Fears They Had as Kids

Okay, it’s storytime…and this is going to sound totally ridiculous…

When I was a kid, I honestly believed that when I was a passenger in a car and we drove by a “Do Not Pass” sign that my mom or dad was going to get pulled over and they’d be in trouble.

I mean, the sign specifically said “Do Not Pass” so you’re not allowed to drive by it, right? So every time we drove by one of those signs I would duck down in the backseat and just hope and pray that the cops weren’t around…and I can’t honestly remember when I figured out what those signs actually meant.

What’s my point, you ask?

My point is that kids have all kinds of irrational fears that they later realize are pretty irrational and usually totally hilarious. And Twitter users were kind enough to share their own stories about this.

Let’s take a look and see what they had to say!

2. Is there someone there?

You did it too! Just admit it!

When I was a kid every time I went to the bathroom I was paranoid like pic.twitter.com/e4vMINcwO0

Me opening my eyes after washing my hair for .2 seconds cuz i think a demon watching me pic.twitter.com/iujoWJeakA

We were all lied to!

5. It could happen any second now.

Laying in bed worrying about it…

I was really concerned about meteors when I was younger. I thought they’d be a bigger problem than they turned out to be.

This is a classic.

Did anyone else’s parents used to tell them if you cross your eyes too long they’ll get stuck like that?

You’re not weird at all.

They always had a horror story about their own childhood…

Did we all forget that our parents gave us this irrational childhood fear that we’d drown if we swam after eating???

Who else believed that the moon tried to keep up with the car you were in when you were a kid?

When you turn off the basement lights and run upstairs before the demon catches you pic.twitter.com/UJ7S21UW6K

It was clearly a huge issue.

so did anyone else go through a phase as a kid where u were genuinely concerned ab the bermuda triangle???? 6 y/o me was like bro???? why are we not solving this PROBLEM??

Right out of the toilet.

What were YOU afraid of as a kid that you later realized was irrational?