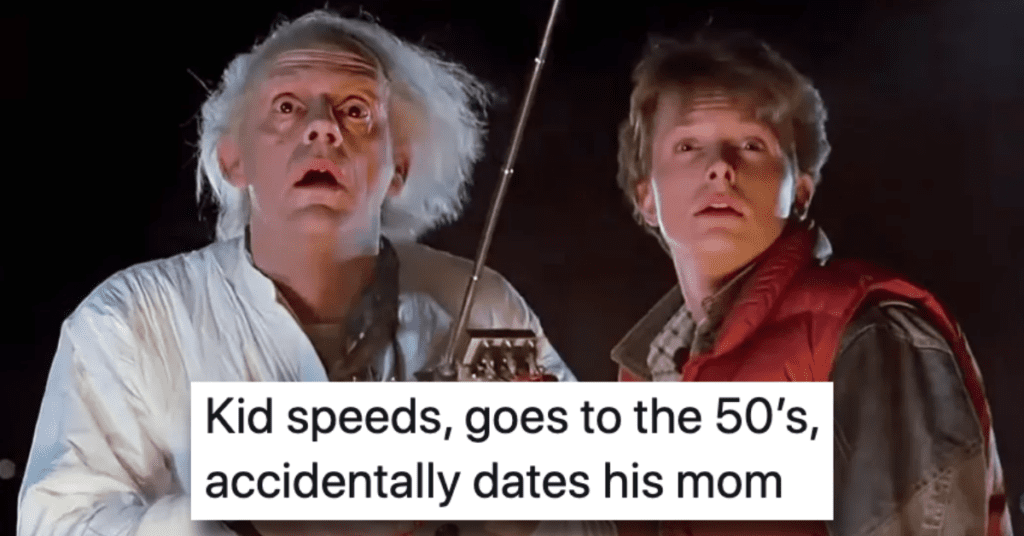 People Describe Their Favorite Movies “as Boring as Possible”

I love movies. I love all kinds of movies.

American, foreign, old, new, silent, “talkies.” I love getting exposed to all of them!

A Twitter user asked folks on that social media platform to describe their favorite movie in the most boring possible way.

Can you describe your favorite movie as boring as possible?

And the responses came rolling in! Let’s take a look at the hilarity!

That really does make it sound boring…

I never thought about it that way.

3. I think I know what you’re talking about.

And you nailed it!

This is so hard lmao

4 star restaurant is brought back up to 5 stars by a critic who liked their rat food.

Old man ties a few balloons to his house to commemorate his late wife.

5. None of them have horses.

And they’re on a quest…

A bunch of knights look for a cup, and none of them have horses.

a grandfather reads to his grandson while he’s home sick, as he wished

Teenager doesn’t get to pick up power converters.

Run for it, Marty!

Kid speeds, goes to the 50’s, accidentally dates his mom

This guy and his friend are wrongly accused of shooting a clerk. His cousin is a lawyer and gets the case dismissed.

I think you know what they’re talking about.

These two kids have to walk a few hundred miles in order to properly dispose of a piece of jewelry.

I wouldn’t have thought of that.

A political confrontation ensues after a structural flaw is discovered in a government building. pic.twitter.com/MwBAgUi8Jk

It’s just a movie about a cat lady.

A cat lady takes a long nap after cleaning her transport rig of vermin. pic.twitter.com/jYsa8IQItG

How would you describe your favorite movie in the most boring way possible?

Talk to us in the comments! We’d love to see what you come up with!