Some news stories are just baffling. I’m not talking about the ones that are complicated and difficult to follow. I mean the ones that make you go, “Why are these people willing to talk to a newspaper? Shouldn’t they be too embarrassed?”

This is one of those stories.

For lots of Baby Boomers, the ultimate nightmare scenario is that their children will refuse to leave the nest once they reach adulthood. It’s such a common fear that there have been whole movies based on it, from Failure to Launch to Step Brothers. But for Mark and Christina Rotondo, an Camillus, New York couple with a live-in son, things got so bad they had to get the courts involved.

Michael Rotondo is 30 years old and still lives at home with his parents–at least for now. Michael moved back in eight years ago, when he lost his job. In the time since, Michael has been either unable or unwilling to find work. He has refused to contribute to household expenses or even do chores. 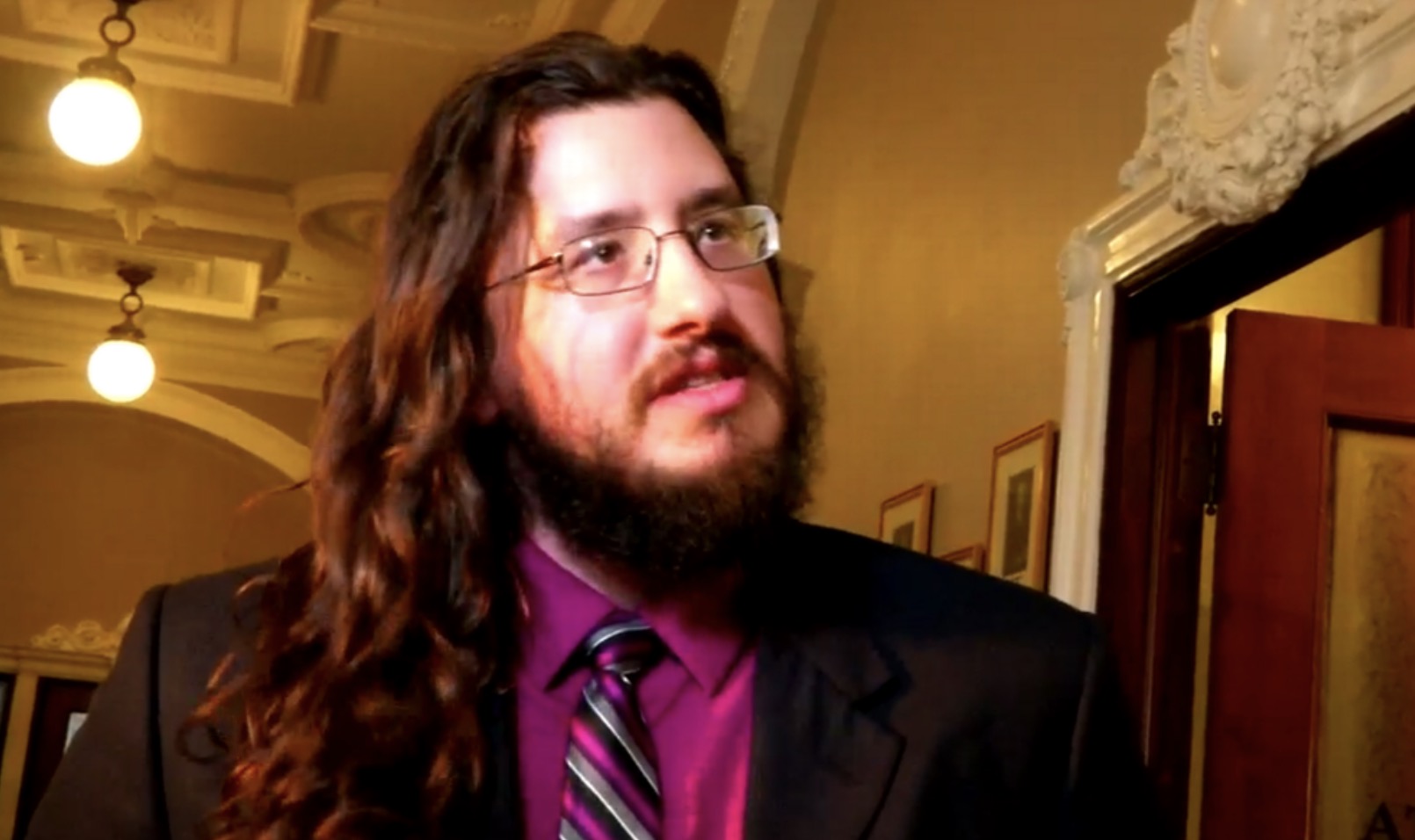 Pictured: Michael Rotondo, who looks exactly how you imagined him.

That Mark and Christina were willing to put up with this for eight years makes them saints. But even saints have limits, and this year they finally had enough. They asked him to move out. They even offered him $1,100 to help him land on his feet, and even offered him tips on how to find a job.

Mark and Christina then it official, sending him eviction letters beginning on February 2nd of this year. (Related questions: do you think they actually mailed the letters to their own house? Does the post office even do that? Someone has to ask.)

One of the notices read:

“Michael Joseph Rotondo, You are hereby evicted from 408 Weatheridge Drive, Camillus, New York effective immediately. You have heretofore been our guest and there is no lease or agreement that gives you any right to stay here without our consent. A legal enforcement procedure will be instituted immediately if you do not leave by 15 March 2018.”

Michael, whose van airbrushing business is totally gonna take off any day now, man, continued to refuse, reasoning that his parents had failed to give him six months’ notice. 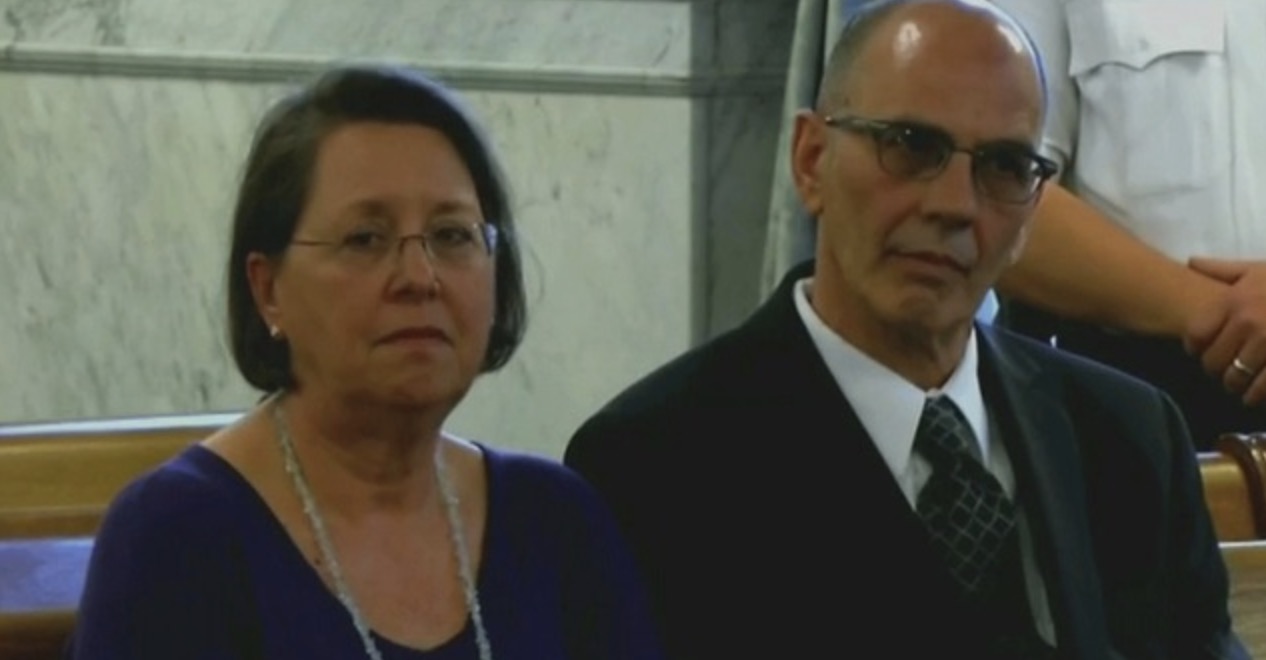 Pictured: Mark and Christina Rotondo, who would really like their guest room back.

However, state laws about evicting family members is unclear and full of exceptions, so Mark and Christina had to take the matter to court to evict him. Yes, actual court. Michael countered that he legally is entitled to live at home for six more months, and chose to represent himself. Because of course he did.

During the 90 minute trial, Mark and Christina mostly kept quiet as their son argued with Judge Donald Greenwood. At one point, Judge Greenwood offered to let Michael resolve the issue with his parents right then and there, but he declined. At another, Michael attempted to leave the courtroom with his podium, thinking it was attached to the reporters’ microphones. (I don’t get it, either.)

In the end, Judge Greenwood sided with the parents, describing Michael’s case as “outrageous,” and ordered his eviction. He did compliment Michael on his legal research, however, which, hey, silver lining. 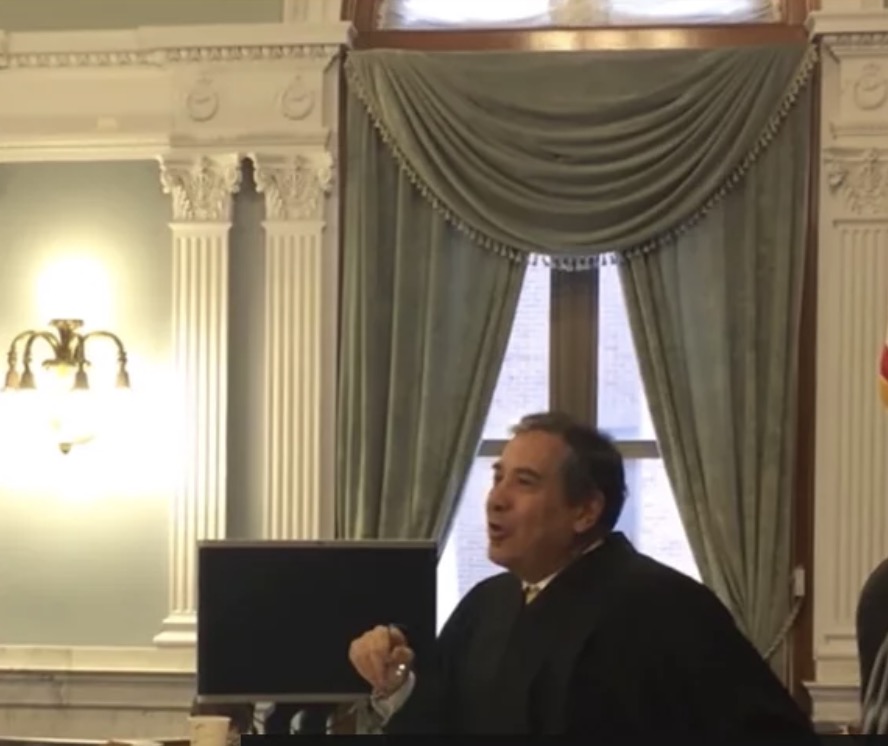 After the trial, Michael called an impromptu press conference where he criticized Judge Greenwood’s decision, and announced his plan to appeal. When one reporter asked him why he couldn’t put the time he’s spent fighting his case towards something more productive, like finding an apartment, Michael replied that he isn’t ready to leave home yet.

But while a decision has been reached, Michael’s relationship with his parents is strained. He’s described things between them as “awkward,” and admits they don’t really talk. We hope some day everyone will be able to let bygones be bygones.

We also hope, now that Michael is out of the house, that Mark and Christina can rekindle their passions for each other. Here’s to many, many happy hours of lovemaking.

Some People Get Pretty Worked up Over Stories in ‘The Onion’…That Are Totally Fake
These Funny, Random Tweets Are Just for You!
14 Hilarious Tweets About the Reality of Being a Parent
15 Bootleg Products That Aren’t Fooling Anyone
Here’s Why You Should Stop Washing Your Clothes in Warm Water Today
Dogs Are Really Bad at Hide and Seek