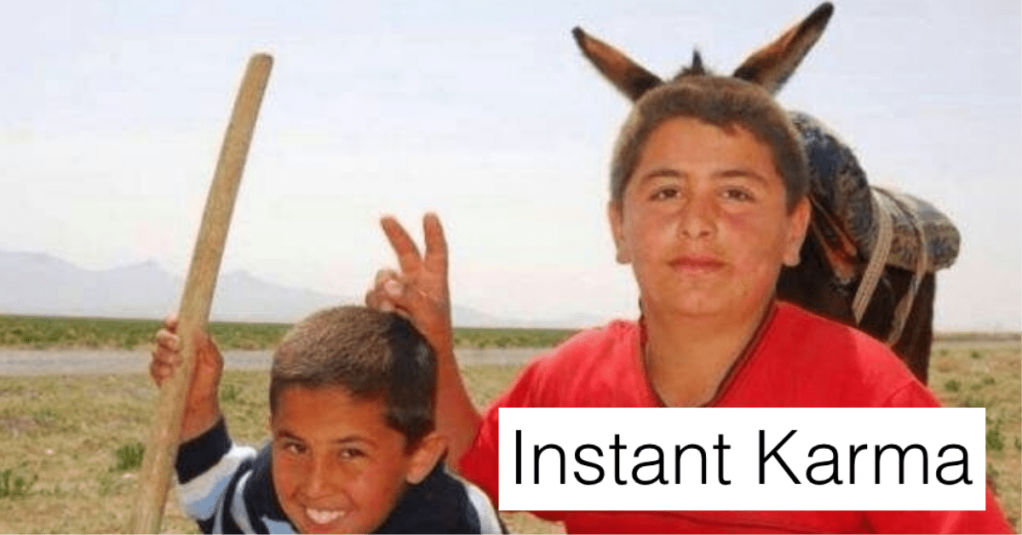 Have you ever been in a situation where you’ve been driving on the highway and someone who is acting like a maniac behind the wheel cuts you off?

And then they speed past you at a ridiculously high rate of speed?

And then…wait for it…right after they speed by you they get pulled over by a cop?

That’s one of the best feelings in the world!

And we like to call that instant karma where I come from.

Are you ready for some perfect examples of this? Let’s take a look.

1. That just feels so good.

I wonder if they actually had to pay the ticket…

Having to deal with LA’s ridiculous parking enforcement daily, this was a welcome sight. from JusticePorn

Didn’t see that coming, did you?

I wonder how long until they realize their mistake from instantkarma

No 1 of the #Top5 Greatest Cases of Karma: Wits Campus Control Clamping a Police Car#Mainswitch pic.twitter.com/aH2CB3Ci2z

7. You’re not going anywhere for a while.

They deserve it. from Wellthatsucks

Steal stuff and karma will come back and bite you.

Guy attempts to steal package but gets caught. When he drives away his car gets stuck in snow from instantkarma

How dare you? from instantkarma

I’m so sick and tired of these people. Aren’t they the worst?

Insufferably annoying YouTube troll refuses to wear a mask, gets arrested for trespassing from instantkarma

What’s the best instance of karma that you’ve ever seen?

Maybe it happened to you? Or maybe someone who wronged you was on the other side of the karma?

Please share your stories with us in the comments. Thanks a lot!