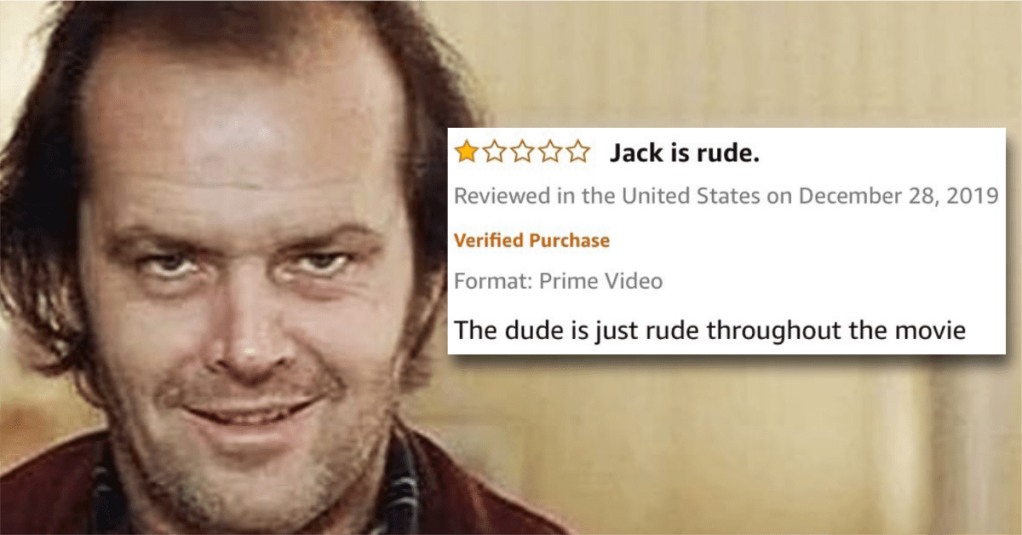 Two things about the one-star movie reviews you’re about to read: First, the people behind these reviews might be certifiably insane. And secondly, I really love when people criticize things about a movie that doesn’t really have ANYTHING TO DO with the movie.

And by “love”, I mean I find it very strange and it gives me one more thing to complain about in this world.

But the point is that the folks who wrote these one-star movie reviews are pretty wacky and that means more laughs for us!

So let’s see what they had to say about movies that they really didn’t enjoy.

I didn’t really like this movie either, but for different reasons.

The Wolf of Wall Street. pic.twitter.com/tpA5syzMVG

2. Where are all the animals?

Can anybody explain this to me?

3. This person must live in a house that is run by rambunctious children.

It’s the only explanation I can think of.

4. Maybe you should’ve done your homework.

You didn’t watch it before you showed it to students? Nice move.

5. Sorry about that plot twist.

That’s a very weird reason to not like a movie.

I love that this is the takeaway from this movie.

As a Friday the 13th enthusiast, you should have consulted with me first.

That’s all on you, buddy.

I’d really like to know the backstory on this one.

I guess this individual was trying to tie foreign movies to yoga mats? Or something?

Some people just can’t handle it.

What movies do you think are particularly bad and only deserve one-star reviews.

Tell us what you think in the comments!