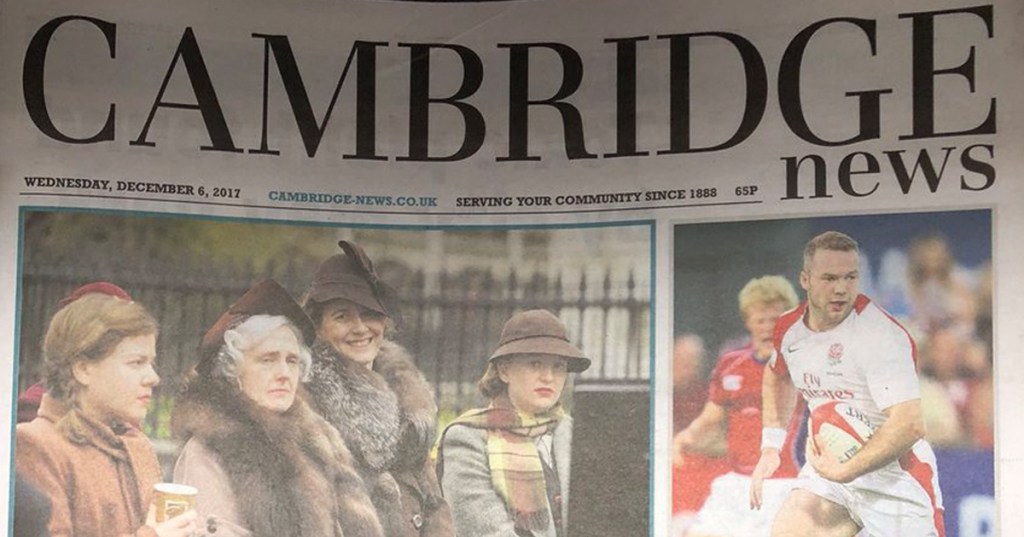 The newspaper business is fast-paced, and mistakes happen. Usually, a paper issues a correction and everyone moves on. But sometimes, an editing mistake is just so good that it’s worth savoring. This is one of those times.

Yesterday, British newspaper Cambridge News went live with a front-page headlines that was equal parts confusing and unsettling. See for yourself:

As you can probably guess, “100pt Splash Heading Here” and “This is a strap over two decks with a cross reference to page here” are placeholder headlines. Newspapers use these “dummy” headlines during the editing process, but they’re supposed to replace them before the paper goes to print. Whoops!

Luckily for us, nobody here at Awkward has ever made a mistake,* so we can only imagine what it feels like.

After the screwup went viral on Twitter, British people everywhere had a field day.

If you think you’re having a bad day, just think how the editor of the Cambridge News must be feeling….?

You won’t be laughing when you get hit by the 100 pt splash that is heading towards Cambridge. They tried to warn you..,

Wow. It’s real. This’ll be featured in newspaper sub-editing courses for years. And available at all good newsagents near you today, folks. pic.twitter.com/JS8YpuedVW

Cambridge News staff eventually realized their mistake. Editor-in-chief David Bartlett apologized on the paper’s website and chalked it up to a “technical problem.” Ah, the classic “blame the computer” technique.**

In times like this, it’s easy to laugh at someone else’s mistake. But it’s also good to remember the words of Alexander Pope “[Note to self: find the full version of that ‘to err is human’ quote and put it here. The readers will think you’re really smart!]”

**Nobody at Awkward has blamed a computer for their mistake either!